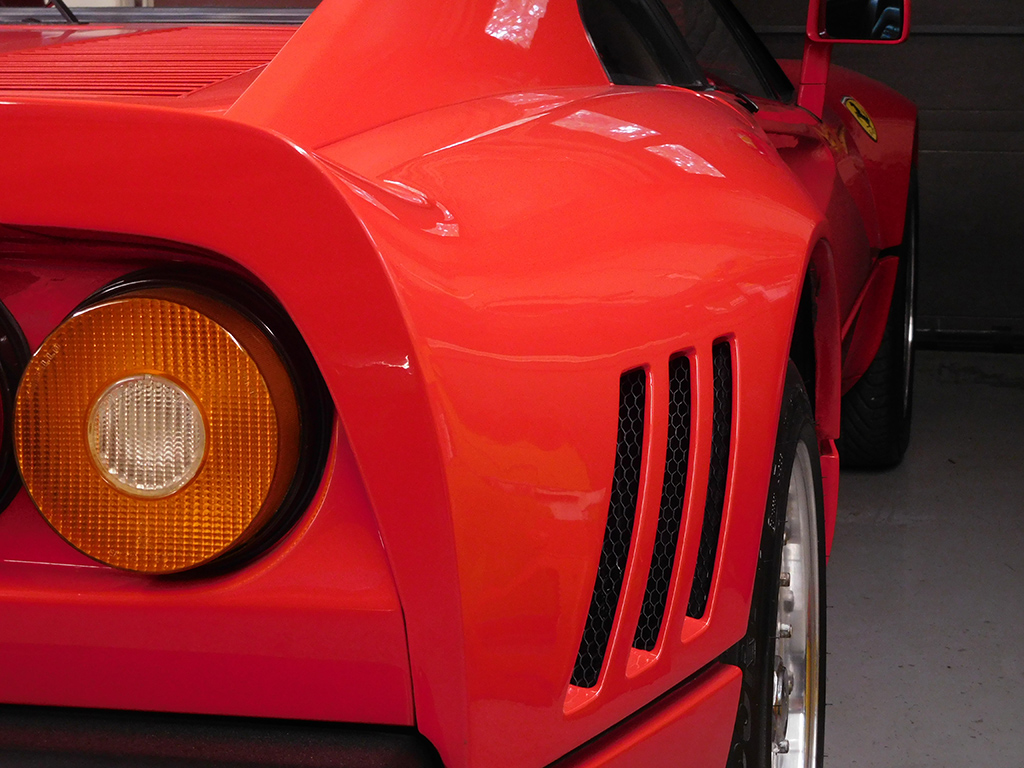 We looked at the service history on the 288GTO we had at the shop this week, and we realized it was up for a timing belt change. We have never replaced the belt in this car, and in the time we’ve cared for it, it was well past the 24 month service interval. Yes, that’s right, the owner’s manual says the timing belt on this car should be done every 2 years! Most Ferraris with a belt driven camshafts have a service interval of about 5 years which seems to come up sooner than we realize, but 2 years is crazy! 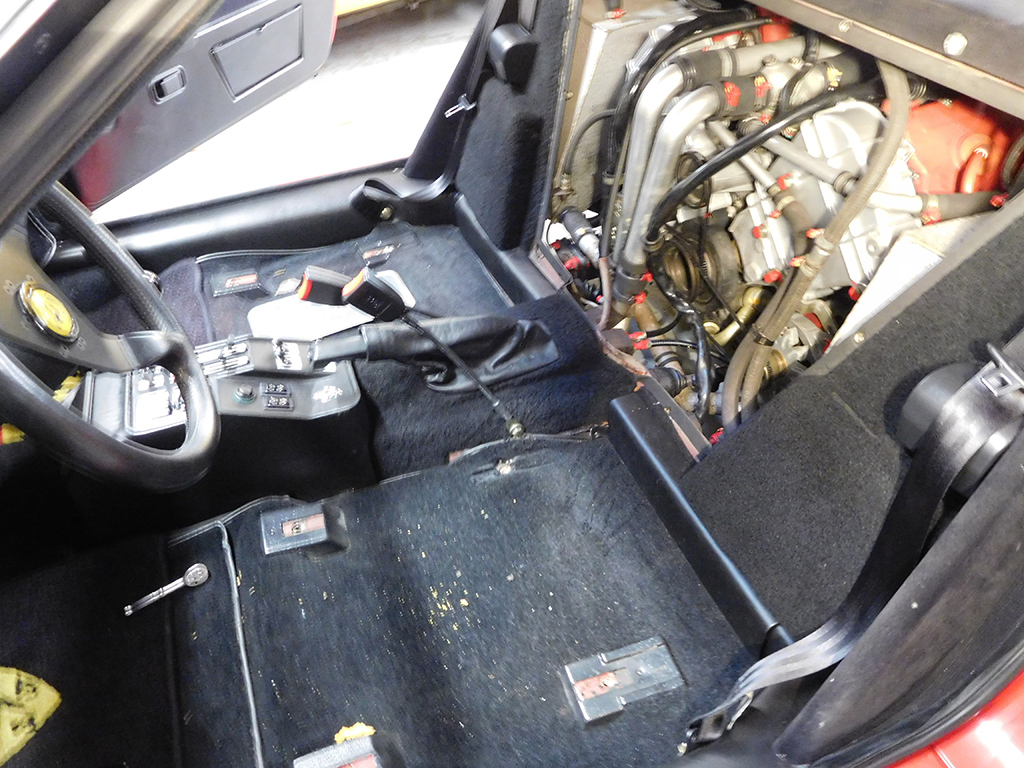 The only saving grace to a 24 month timing belt service interval on a 288 GTO is the easy access to the timing belt. There is a removable panel behind the seats that allow complete access to the front of the engine, so unlike most other Ferraris, this engine does not have to come out to replace the $30 dollar belts. This simple design subtracts dozens of hours out of the cost of a major service. 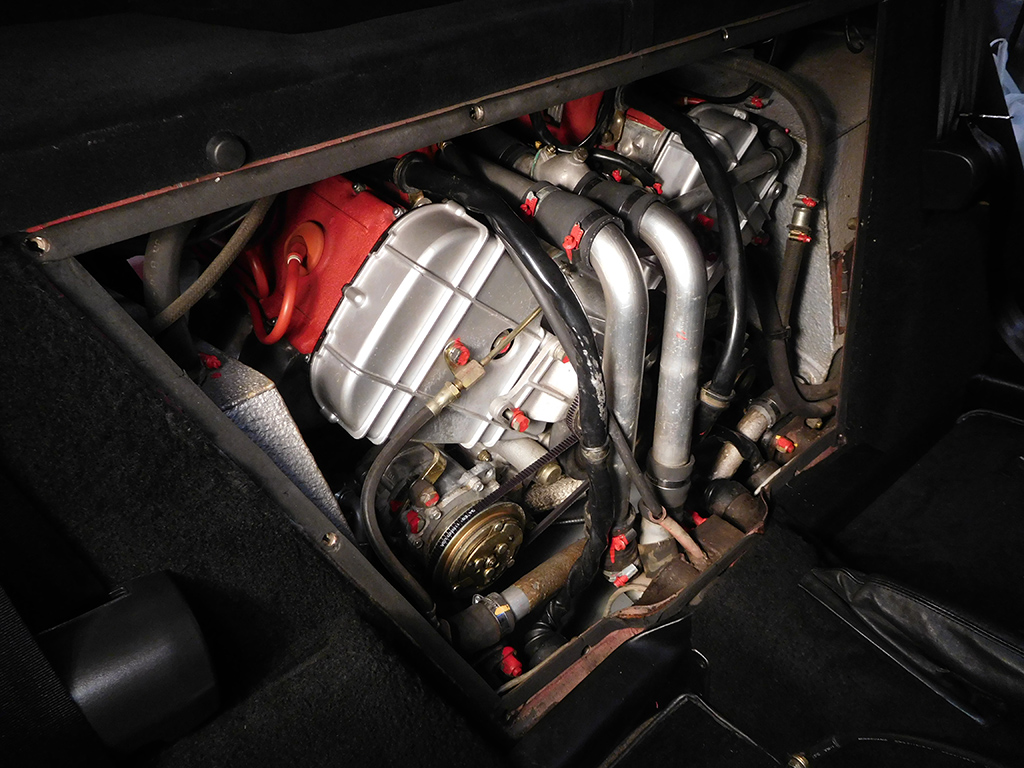 As I worked comfortably inside the passenger compartment, draining the coolant and disconnecting the alternator belts, I reveled in fact that I wasn’t removing the mufflers, disconnecting headers, and trying to reach an inaccessible throttle cable found on many of the other cars that require these tasks before even considering the removal of the engine. The 308 was spared this complication because the belt service can be done through the right wheel well, but many later cars required engine out services.

Looking at the removable panel in the 288GTO, I started thinking about how hard would it be to cut an access panel in say, a Boxer or Testarossa? Would their owners appreciate the savings in labor having easy access to the timing belt on their cars? Not only would they save money on the belt change, but no longer would they worry about a leaking water pump that could only be fixed by pulling the motor! 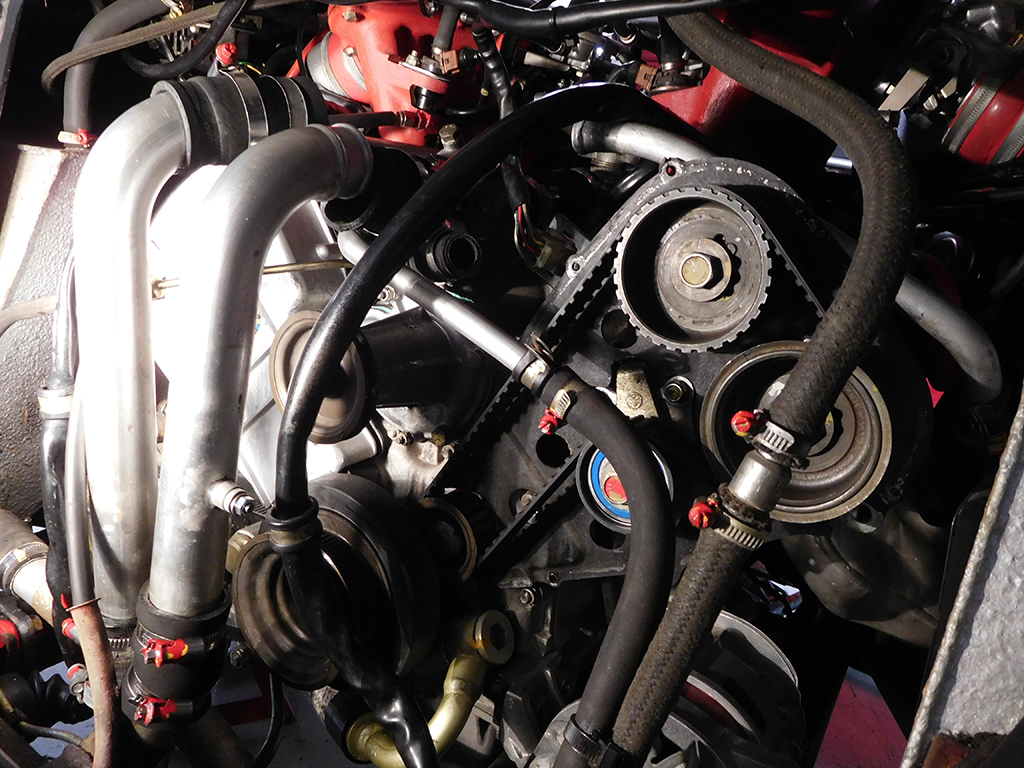 …but I digress. Ferrari purists would screech in horror over my blasphemous thoughts and would call me a butcher, so I guess we will continue to suffer with such a tedious job, and the owners will suffer with $$$ service bills every 5 years.

The good news is the 288GTO was done lickity split. Next!