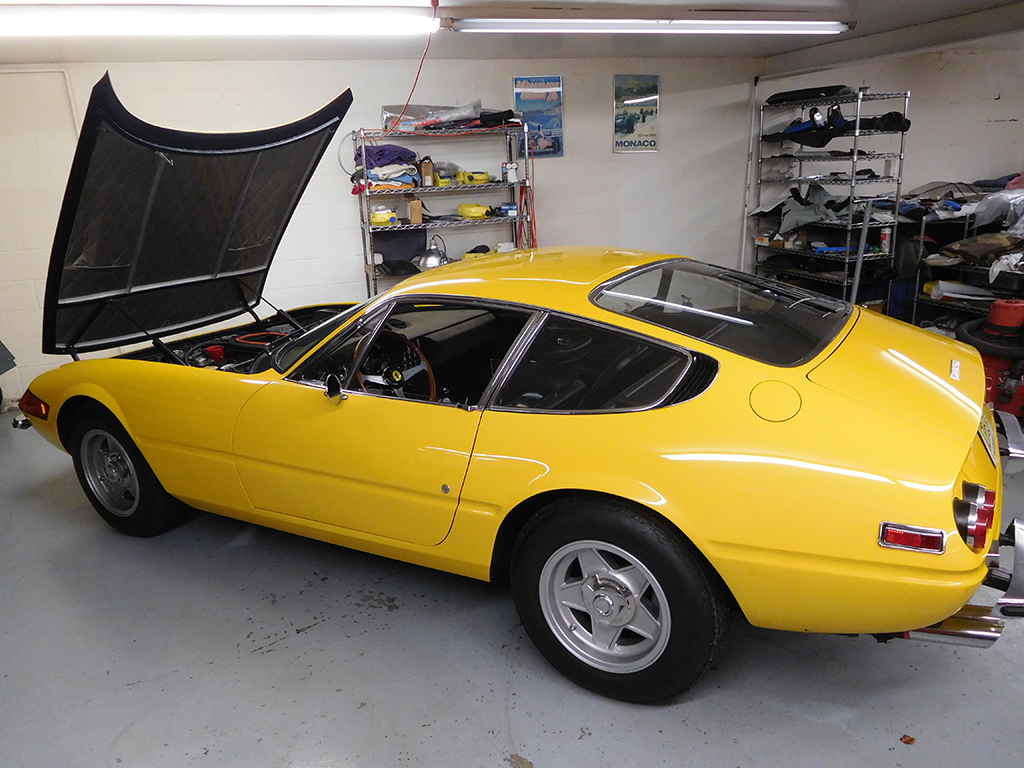 I think I finally have a handle on all the electrical gremlins on a Daytona we’ve been working on at the shop. There have been a bunch of little electrical issues with this car, and the only way to fix them is to methodically solve them one by one. 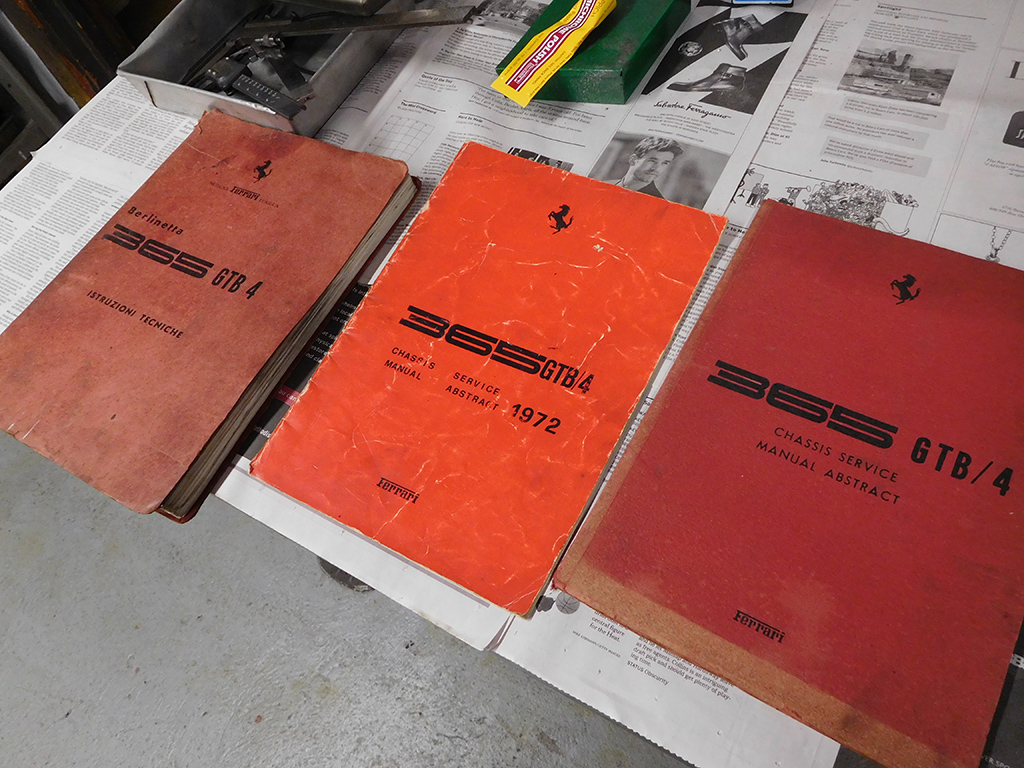 Daytonas came in two flavors, European, and USA specification. The US spec cars had emissions devices installed, and made changes to the electrical system to accommodate these changes, but I have also learned there were differences in wiper motor wiring, and even early to late model Daytonas! Figuring out the problems first started with figuring out which wiring diagram fit this car!

Francois had some documentation on European cars, and US specific manuals, and it took some deciphering on my part to make things work. 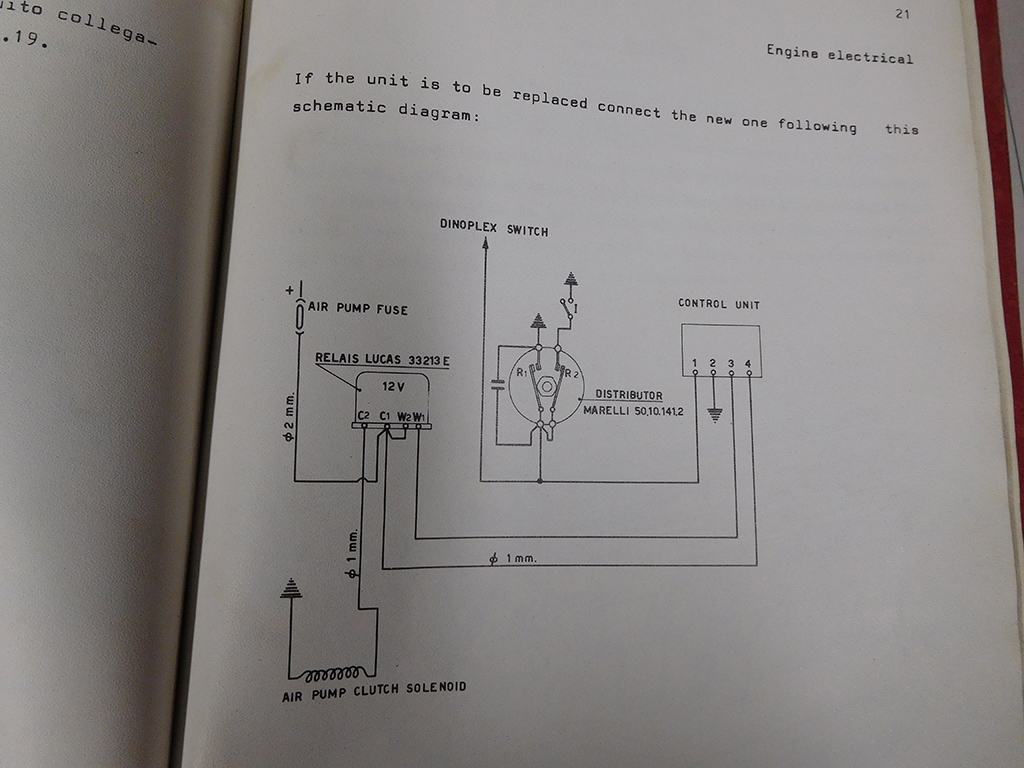 After figuring out the wiper motor issues, I turned my attention to the emissions circuit. We kept blowing a fuse that would cause the fuel gauge, and power windows to stop working, but it wasn’t happening all the time. I found that although the power windows had their own fused relays, their control circuits were on a separate fuse that also powered the gauges, and emission control devices…

The wire to the air pump was missing and I suspected, wherever it was, it was probably shorting out  and blowing the fuse. I tried to find the wire, but couldn’t find it anywhere, so I decided to work out from the fuse panel. 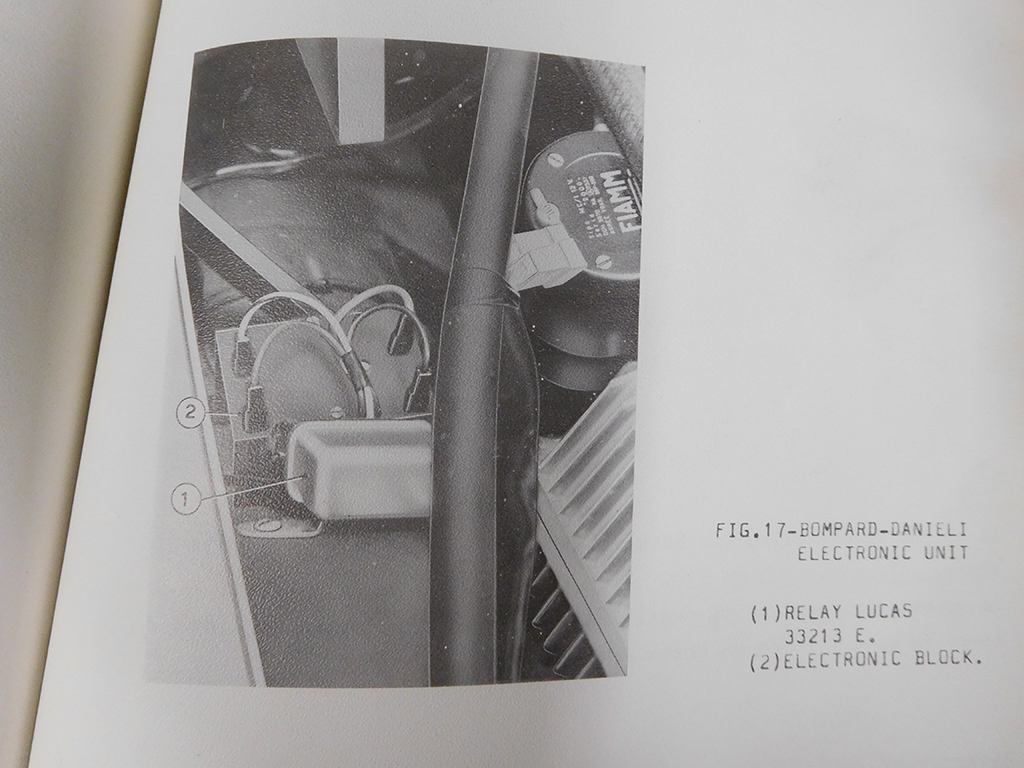 I also wanted to figure out how the emissions system actually worked on this car, and found a square green box mounted in the engine compartment is where it all happened. This mystery box energizes the air pump at a pre-set rpm. and was triggered by the ignition points. 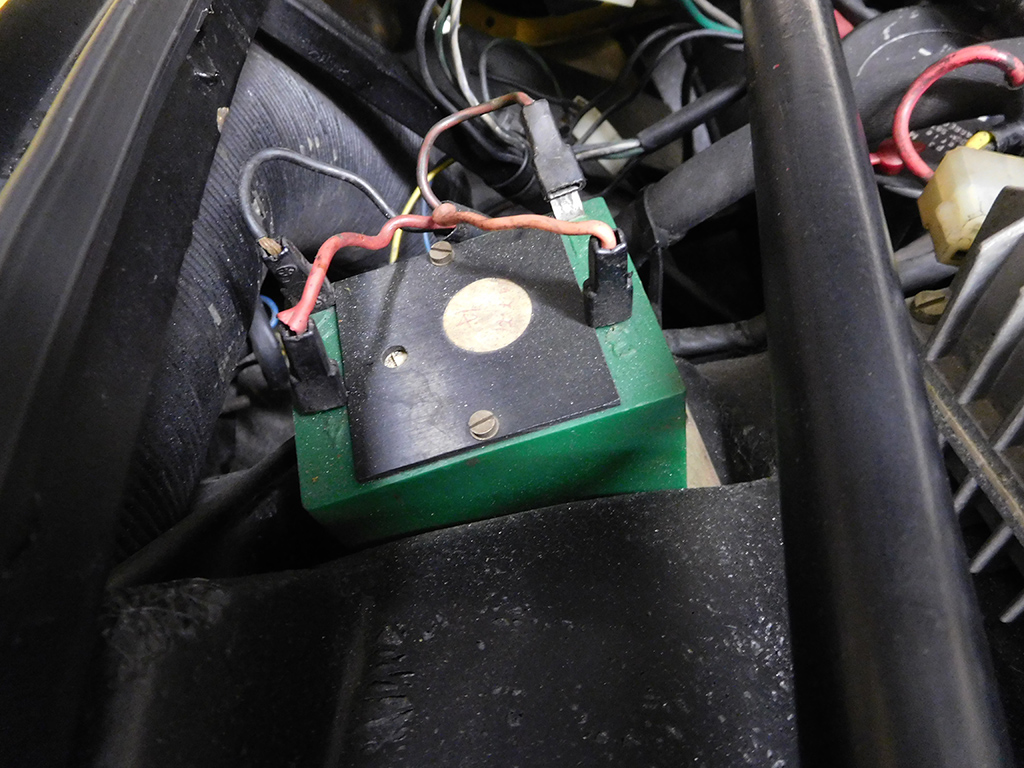 I found the green box on the yellow Daytona, but the relay that powered the whole system was no where to be found. 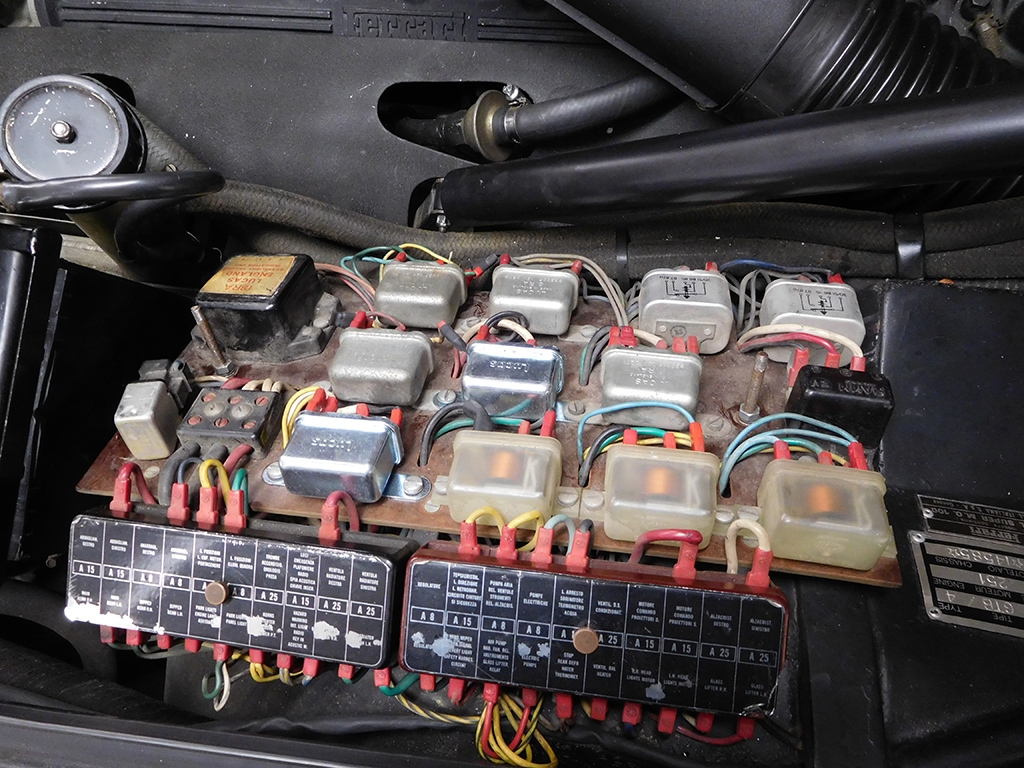 On this particular car, the factory decided to mount the emissions relay with the rest of the unlabelled relays on the fuse panel.  I finally resorted to pulling the whole relay board out and physically tracing the wire from the blown fuse to the offending circuit. I’ll have to test the car to see if it continues to blow the circuit, but I think I got it! 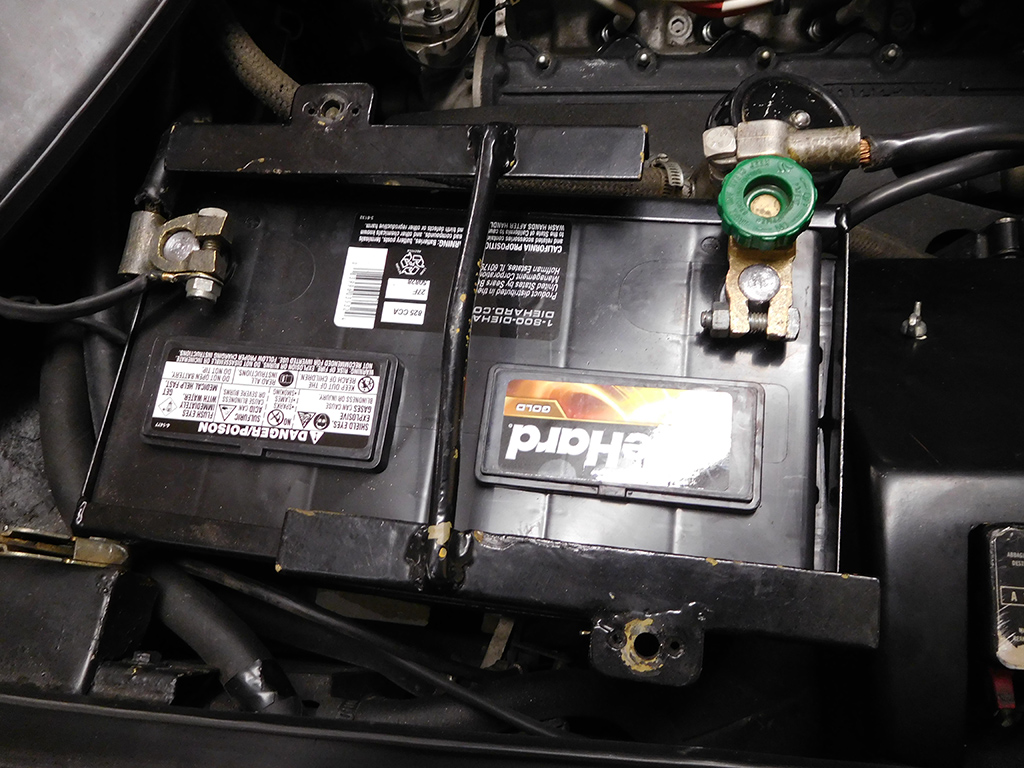 While I was working on the electrics, I decided to fix the battery hold down. The one that came on this car was a bulky piece welded item. 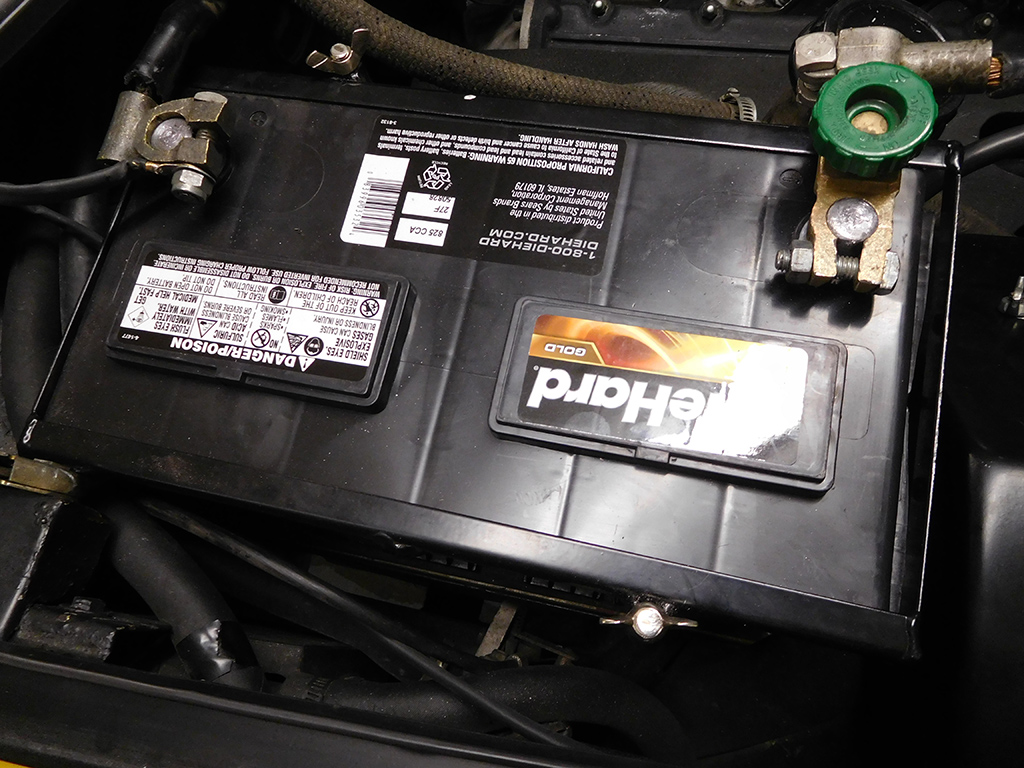 I had a correct battery frame in my personal parts stash that I installed on this car. It looks much better than before!