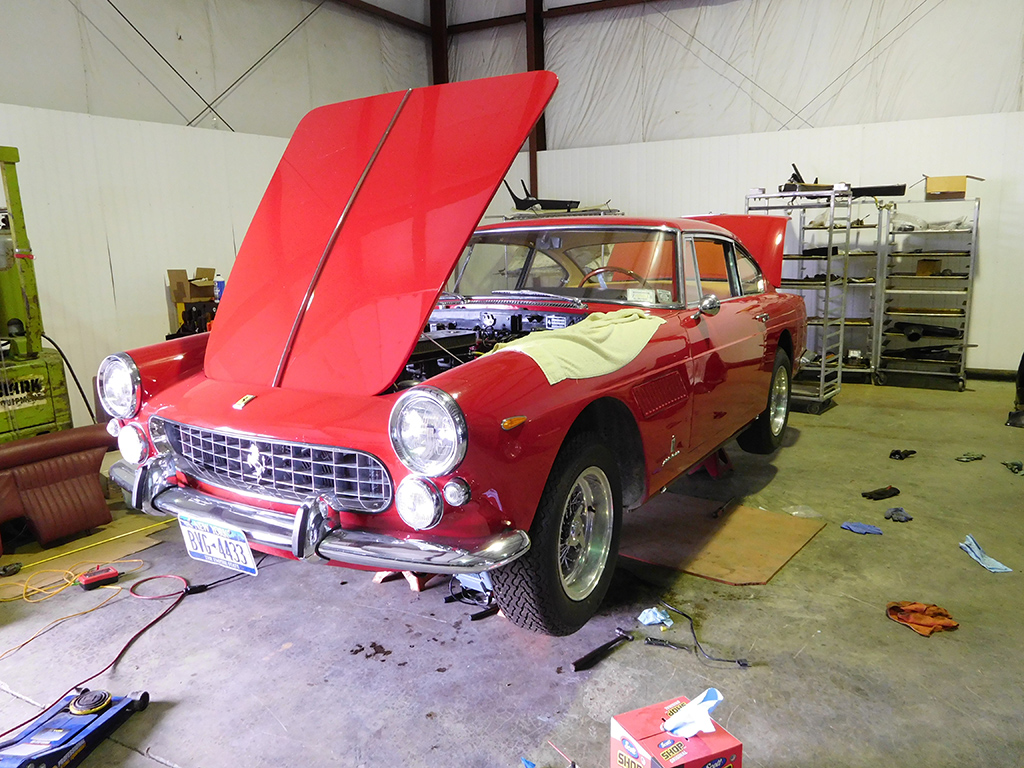 My blog doesn’t lie, and I can tell it’s been since June when I pulled the transmission out of my 330 America! I brought the transmission back to the car in August after a rebuild, and have finally had some time to reinstall it last week! I have so many commitments to my customers that I often postpone work on my personal cars, but I’m making an effort to get my car back on the road just long enough before it starts snowing! 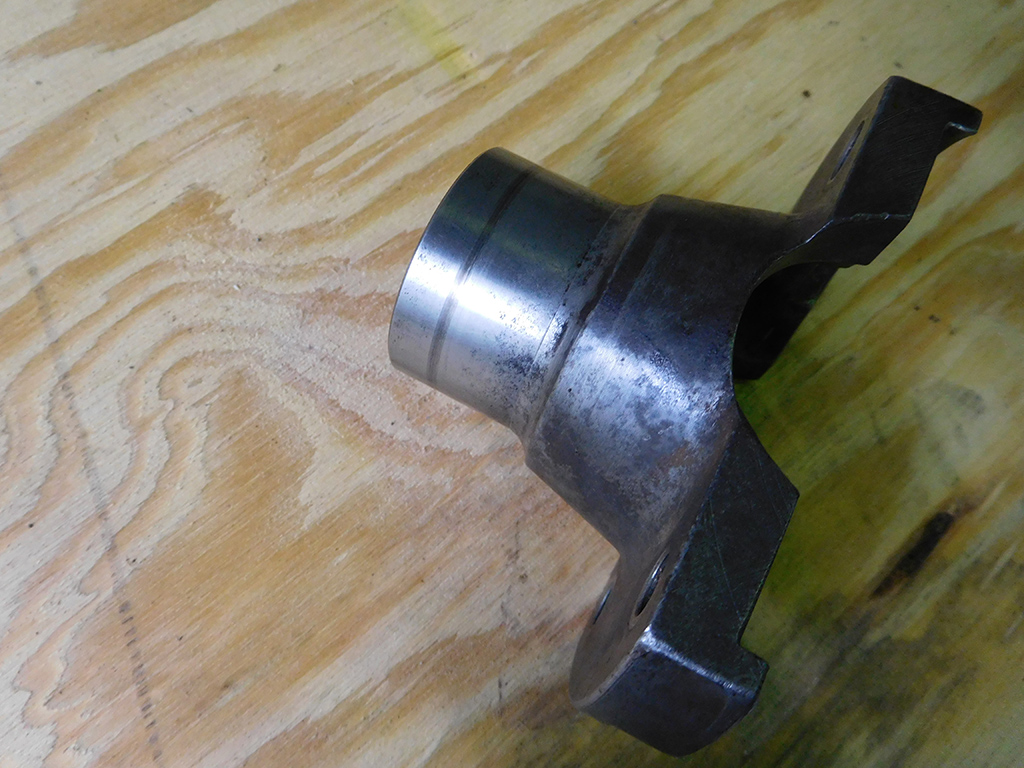 My rear differential always leaked, and since I had the driveshaft out, I decided to address the problem. There is an oil seal that rides on the yoke of the differential, and you can see there is a mark in the steel from the old seal. I have tried to polish this groove out of the steel, but the wear is too deep to come out.

There are several solutions to this problem. One way is to machine the yoke down and slide a sleeve over the yoke to give a smooth surface for the seal.

Another alternative was to space the seal out a little bit so it would contact the yoke at a slightly different spot. I chose the latter solution because it was the simplest and cheapest solution! I originally thought of spacing the whole plate out, but found out the plate locates the the pinion bearing, so that wasn’t the right way to space out the seal. 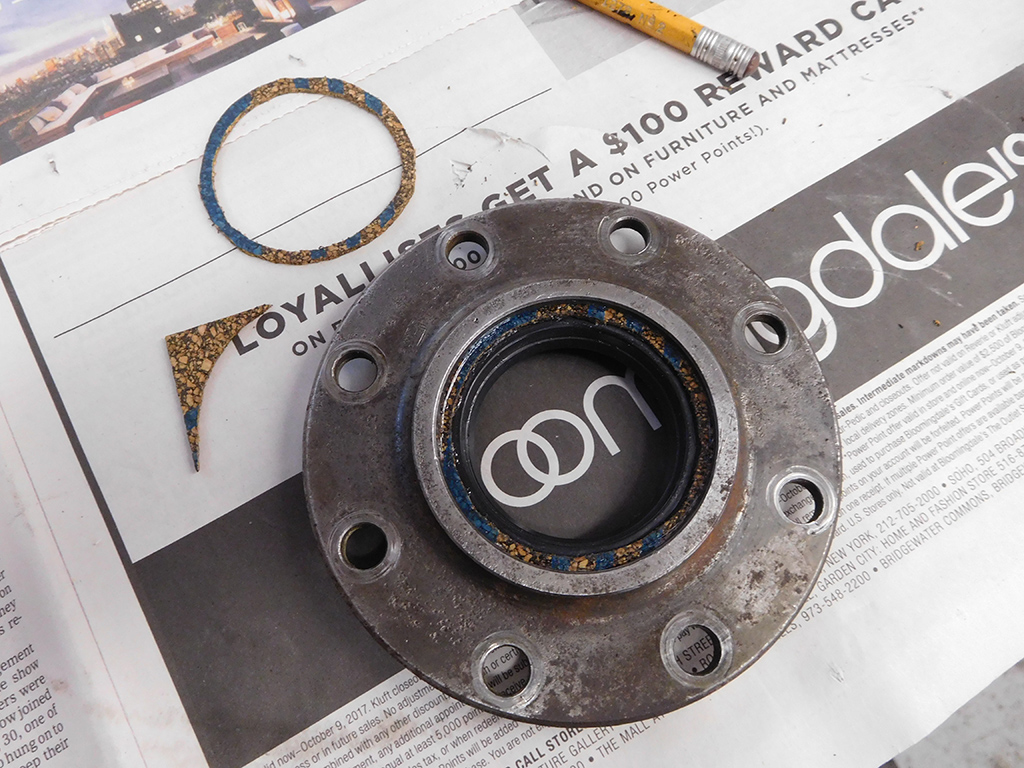 I used some rtv and some cork gasket material as a spacer, and installed a new seal. Let’s see how this works when I get the drive train back together!

My friend Don showed me a third option to my leaking pinion seal. SKF makes a thin walled sleeve that slips over the yoke to give the oil seal a new surface to seal. The slight expansion of the oil seal over the added thickness does not affect the sealing ability of the seal, and probably helps seal it better. If my solution doesn’t work, I’ll try the SKF Speedi-Seal. Thanks Don! 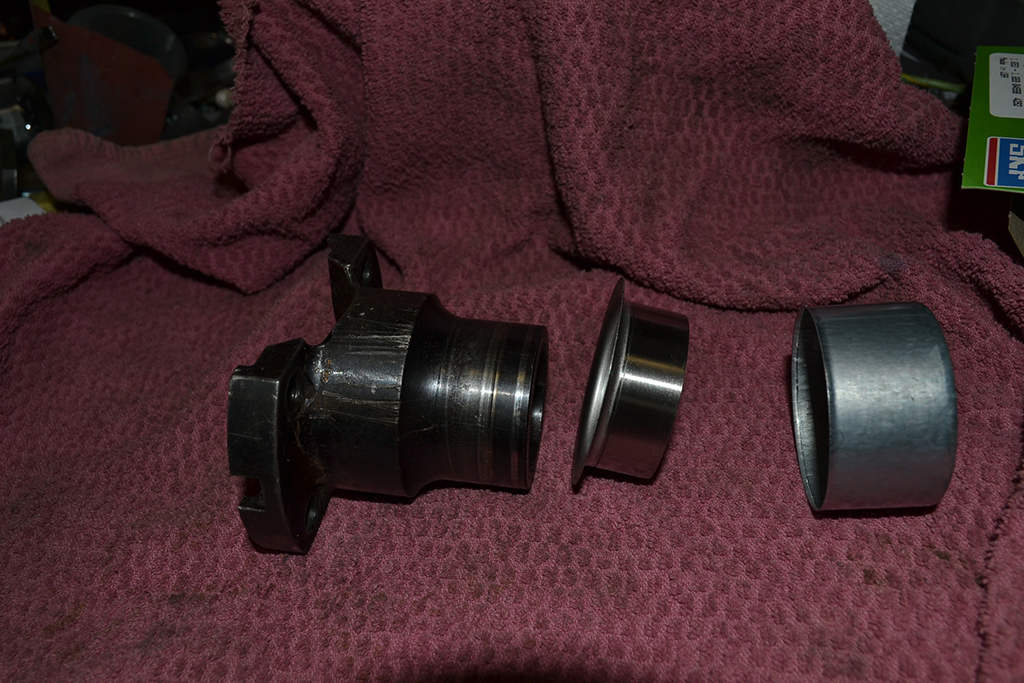 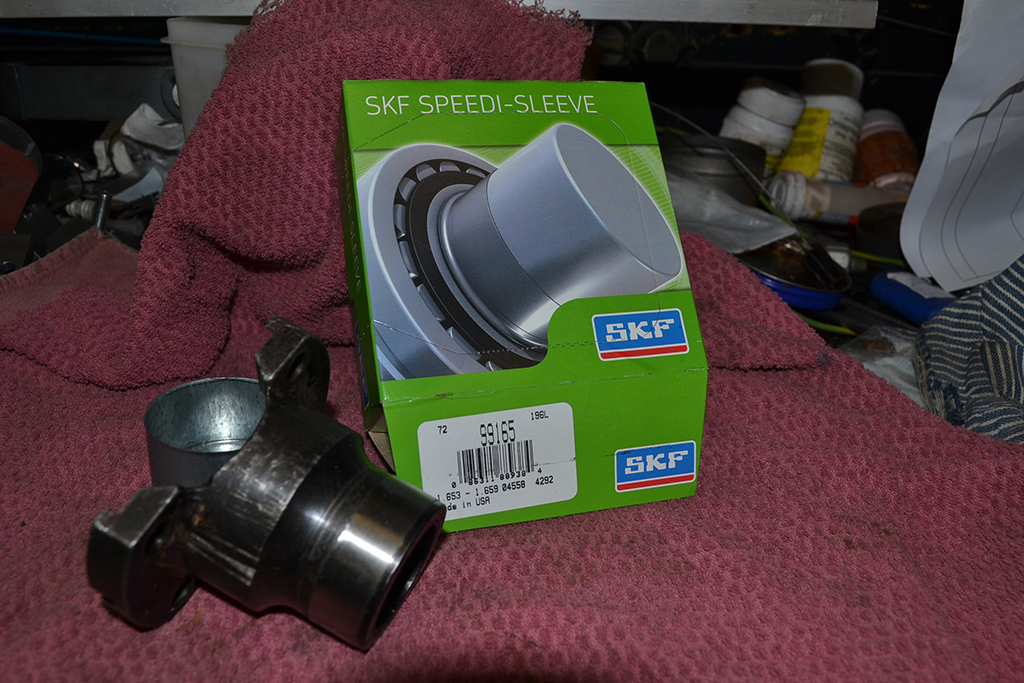 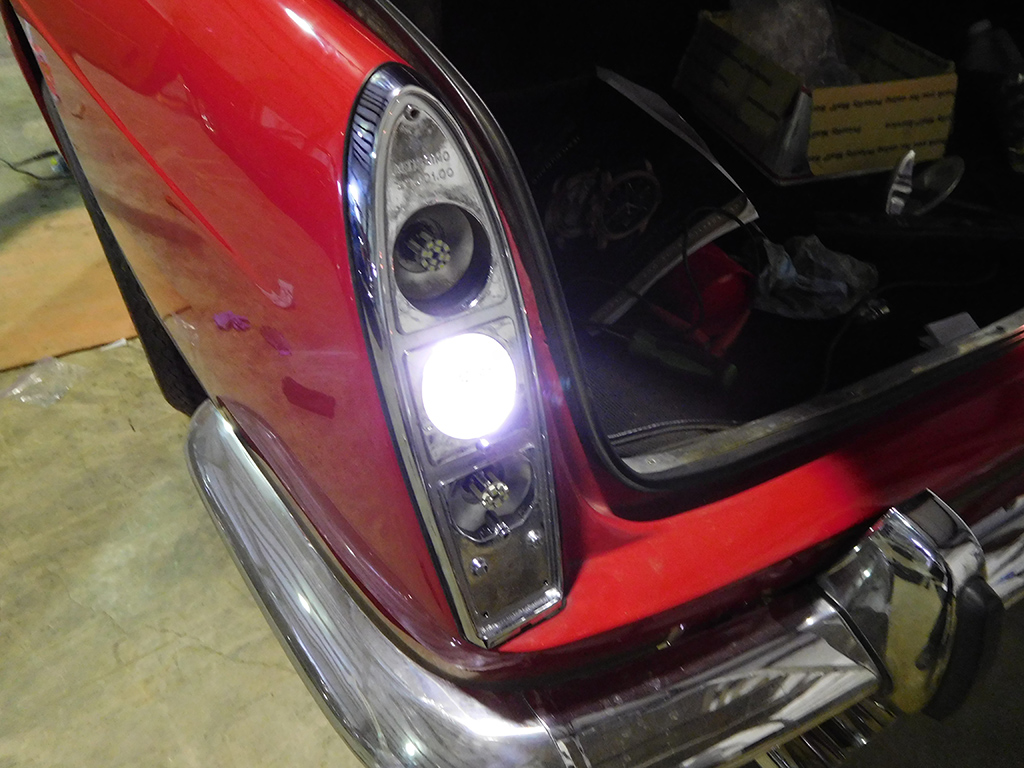 Besides installing the transmission, I installed some newly chromed tail lights on my car. The old ones were getting a little pitted, and I had a second set rechromed. I also decided to upgrade to LED lights to give my car some better rear visibility. 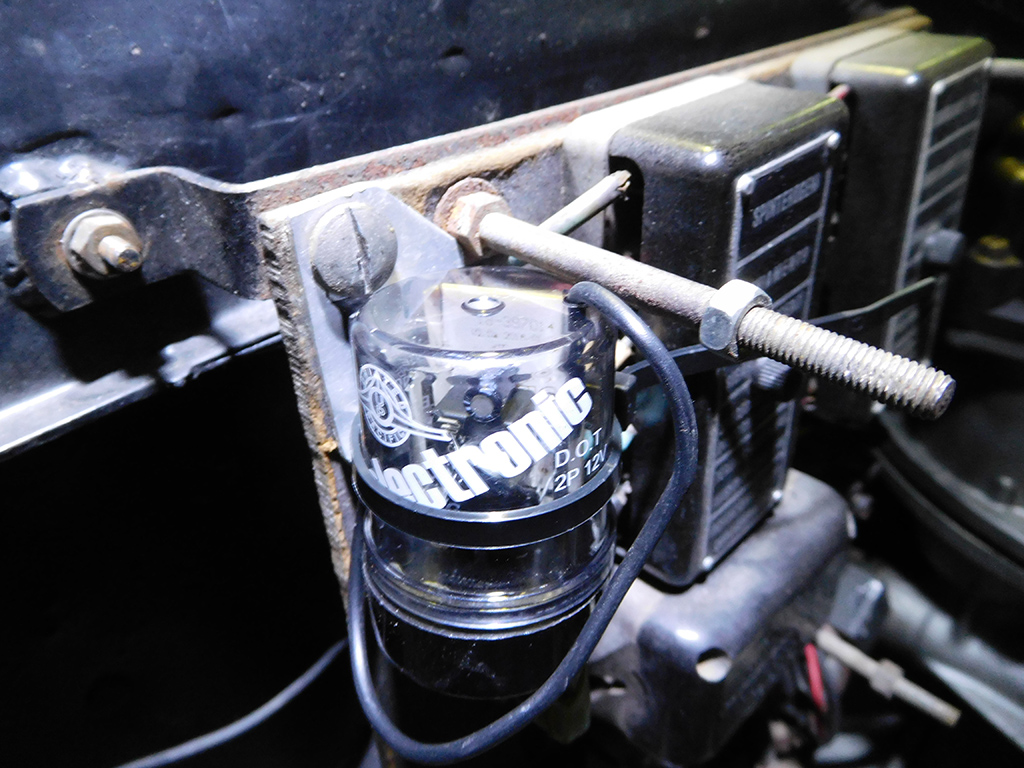 LEDs take a lot less current to work, so the conventional flasher may not work anymore. There is not enough draw on the flasher to heat up the bi-metallic switch inside, so a solid state flasher had to replace the old one on the fuse panel.