I’ve been nursing a pretty bad cold last week, so I haven’t been able to post any blog progress. I’m finally starting to feel better, so I can get back to work and posting! 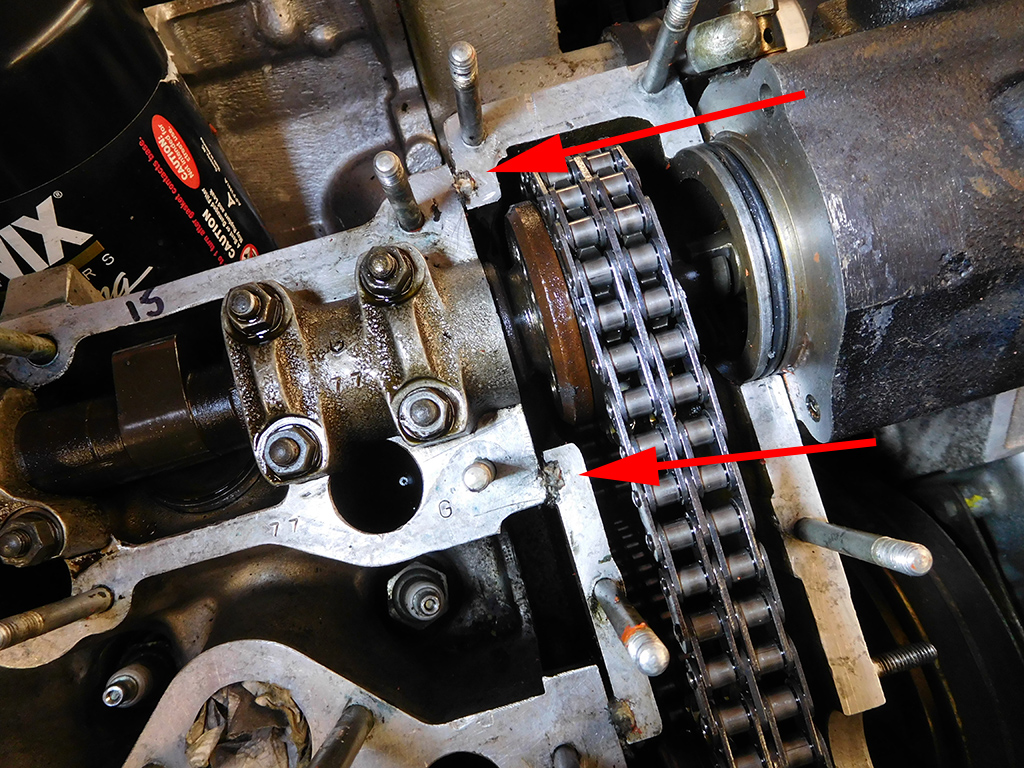 The 365GTC/4 had a lot of oil leaks, and as suspected, the cam seals were cut and not keeping the oil inside the engine very well. These camshaft seals are very often cut or broken flush with the head, but with a broken seal like this, it makes it very difficult to keep oil from leaking past this intersection of several parts. 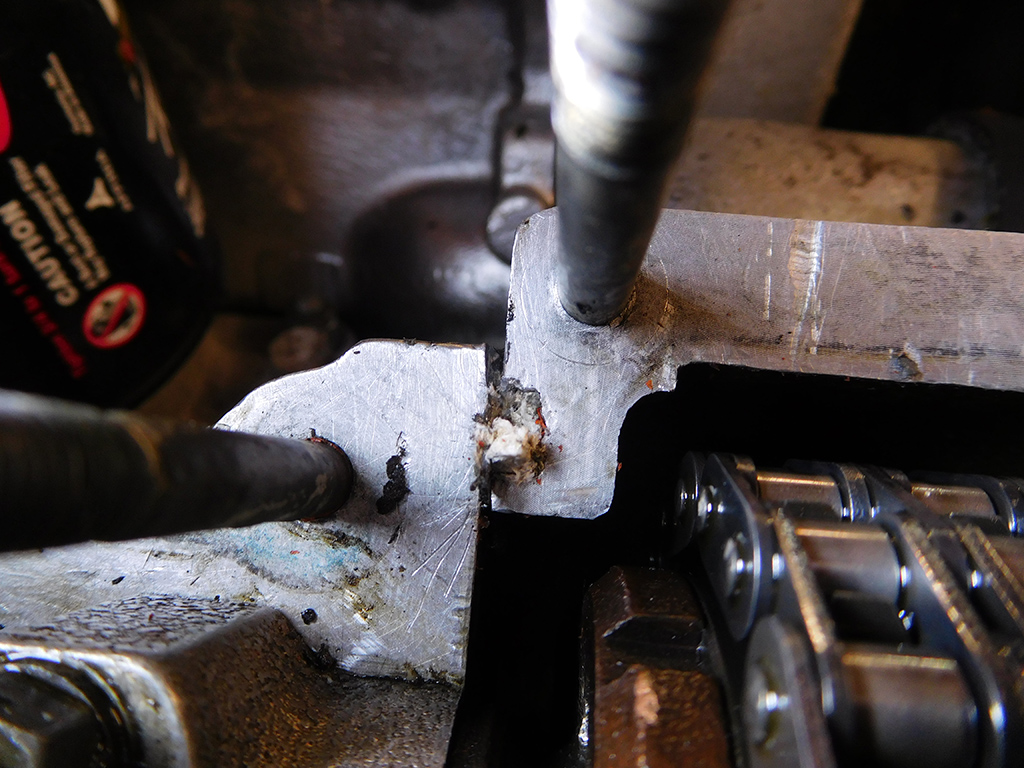 We have a way to get a new seal back in place, but I had to first remove the old seal. When I started digging it out however, I found something strange. Normally, this seal is a rubber o-ring, but that was not what I found inside the groove. 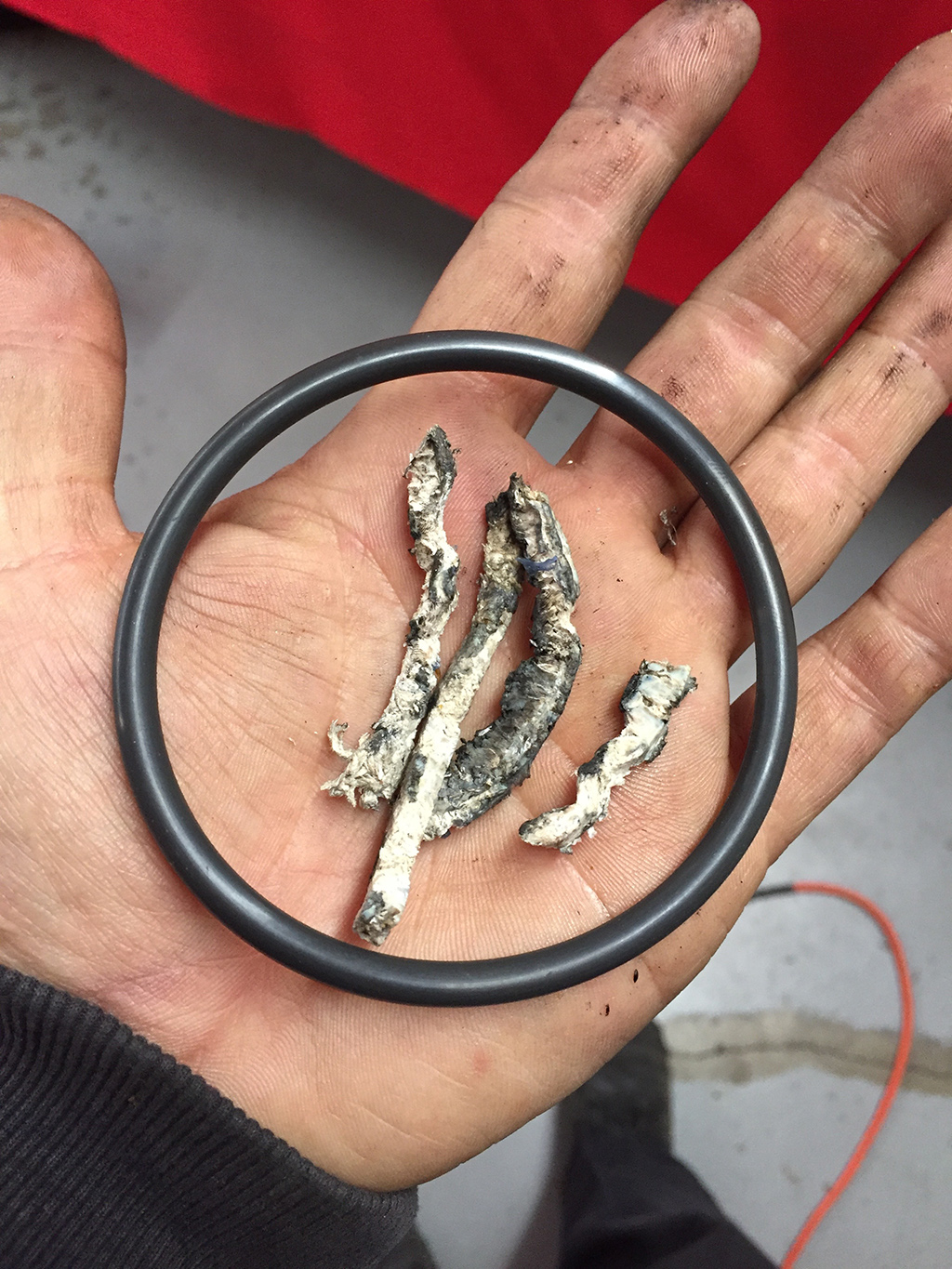 I managed to get the mystery seal out and found it to be a rope seal, the kind used on much older cars, and certainly not what would work on this Ferrari. The new rubber o-ring was ready to go back in to do a better job. 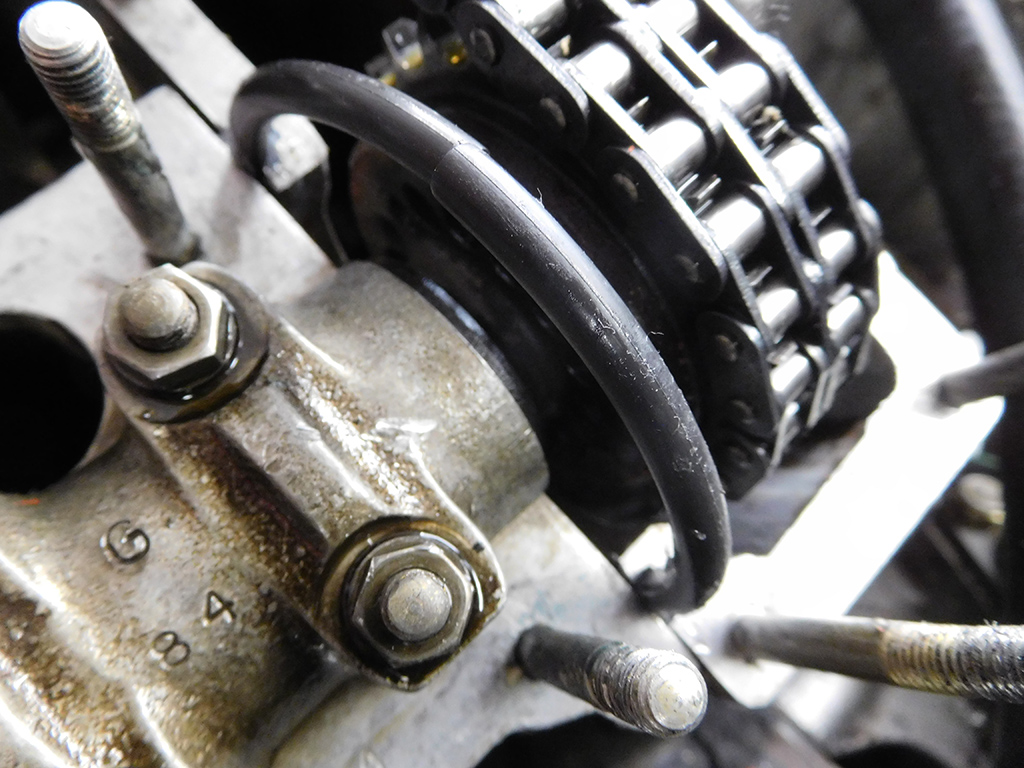 It took some time and care, but I managed to get a whole rubber seal installed. It took a while to get all four in place, but the alternative of pulling the engine to install this seal would have taken a lot longer! 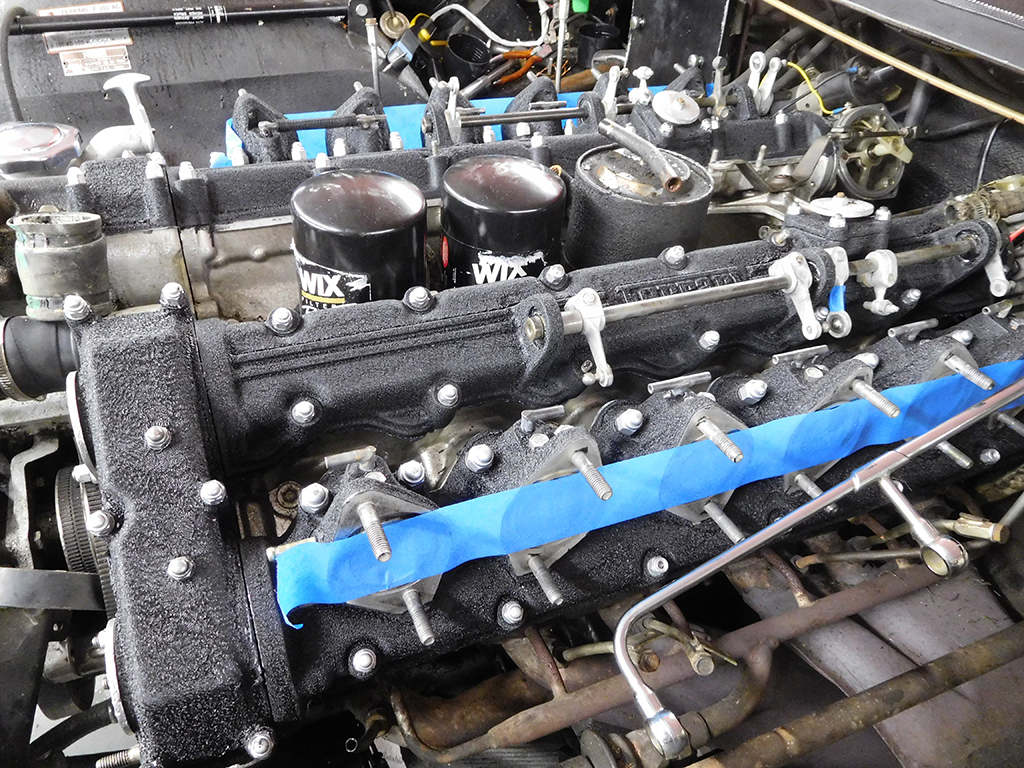 The freshly wrinkle painted valve covers were installed and the engine was a another step closer to finishing the service. The carburetors are next!