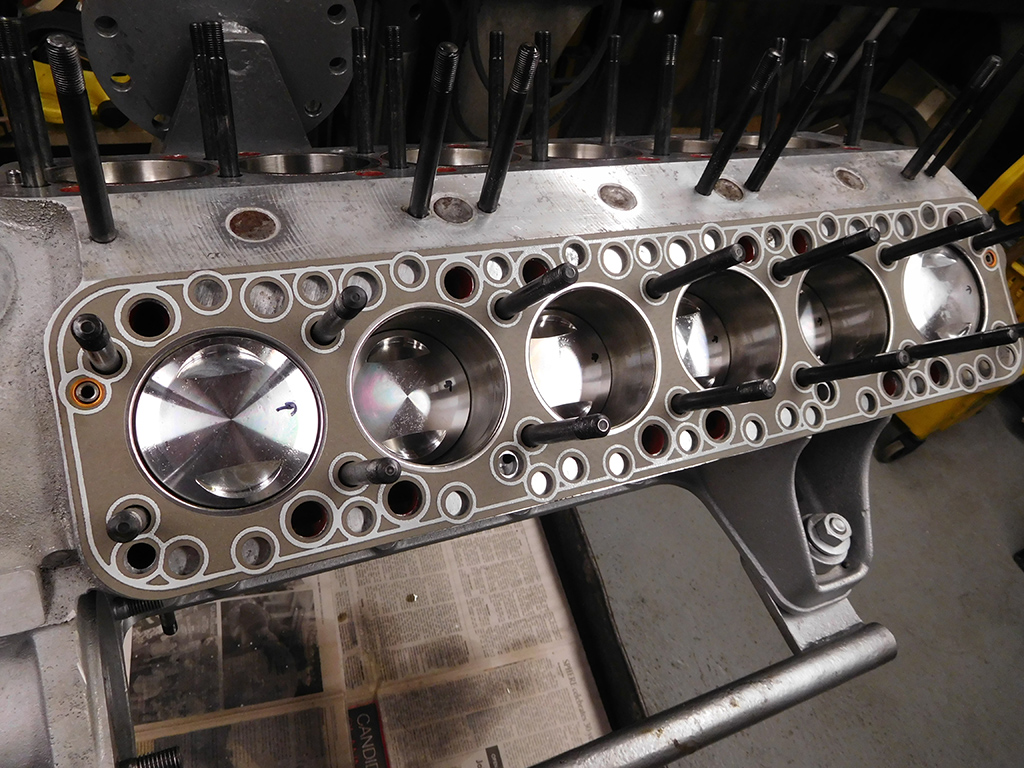 I got a new set of head gaskets from Scuderia Rampante in Colorado to install in a Ferrari 250 engine we’re rebuilding. (Update: Murray Glegg in Australia is now selling directly) I’m looking forward to trying out these gaskets because they’re the latest in gasket design to help seal Ferrari engines together. 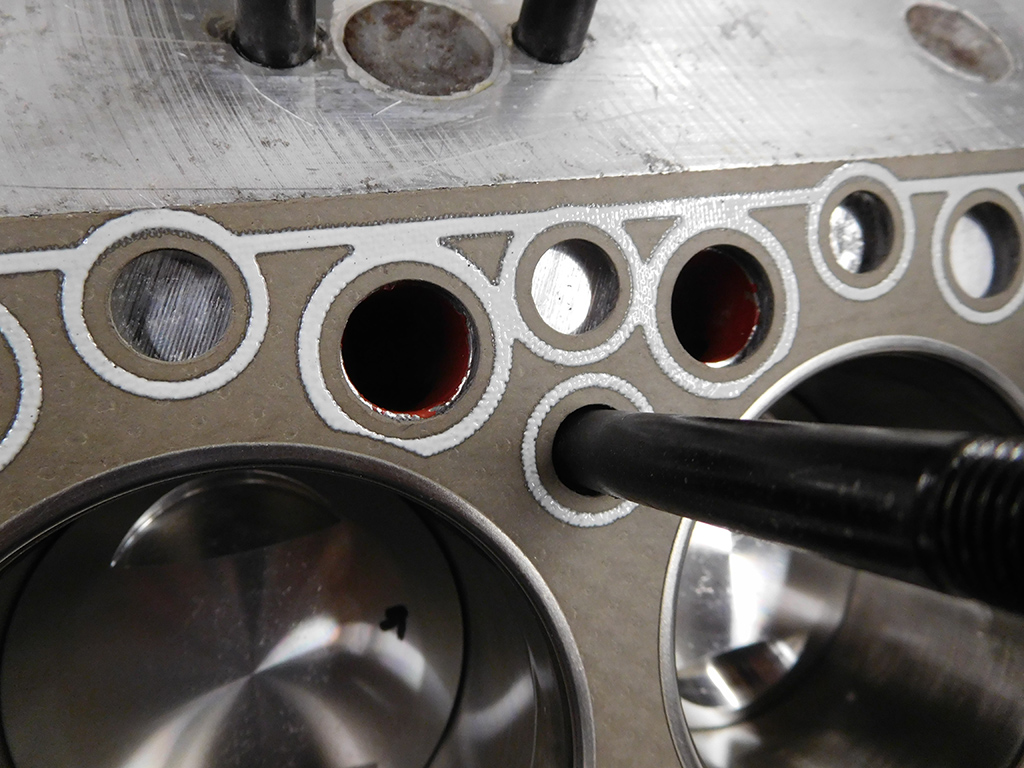 There’s a long story on the history of these gaskets, and if you care to know, read on! 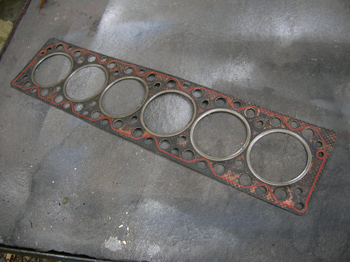 About 12 years ago, the commonly available head gasket for Ferraris was made by Elring, a large German company that makes millions of head gaskets for thousands of cars. We bought a set of gaskets for a 365GTC/4, installed the head gaskets as usual, and found coolant leaks before we even started the engine! We checked the torque and assembly process, and found nothing we did wrong to cause such bad leaks. Thinking it may have just been a bad gasket, we ordered another one, pulled the head, and reinstalled the new gasket. We even applied a thick layer of gasket dressing to the gasket to help with the sealing. No luck, the leaks were still there! 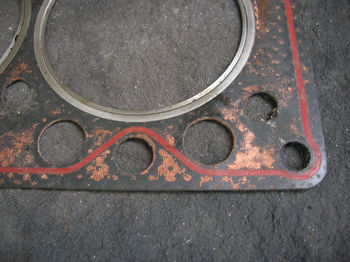 We removed the head for the second time and took a closer look at the gasket. Elrings have a silicone bead that surrounds the perimeter of the gasket, but it didn’t seem to be doing its job. On closer inspection, we found the fiber material of the gasket wasn’t crushing enough against the block to allow the water passages to seal.

Vintage Ferrari engines have steel cylinder liners, set in aluminum blocks, and these liners are supposed to protrude very slightly above the deck of the engine block. This 2-3 thousandths protrusion allows the aluminum block to expand as the engine runs at higher temperatures, but it is the job of the head gasket to seal the head at different temperatures and expansion rates. What we were finding was the Elrings were not sealing properly. 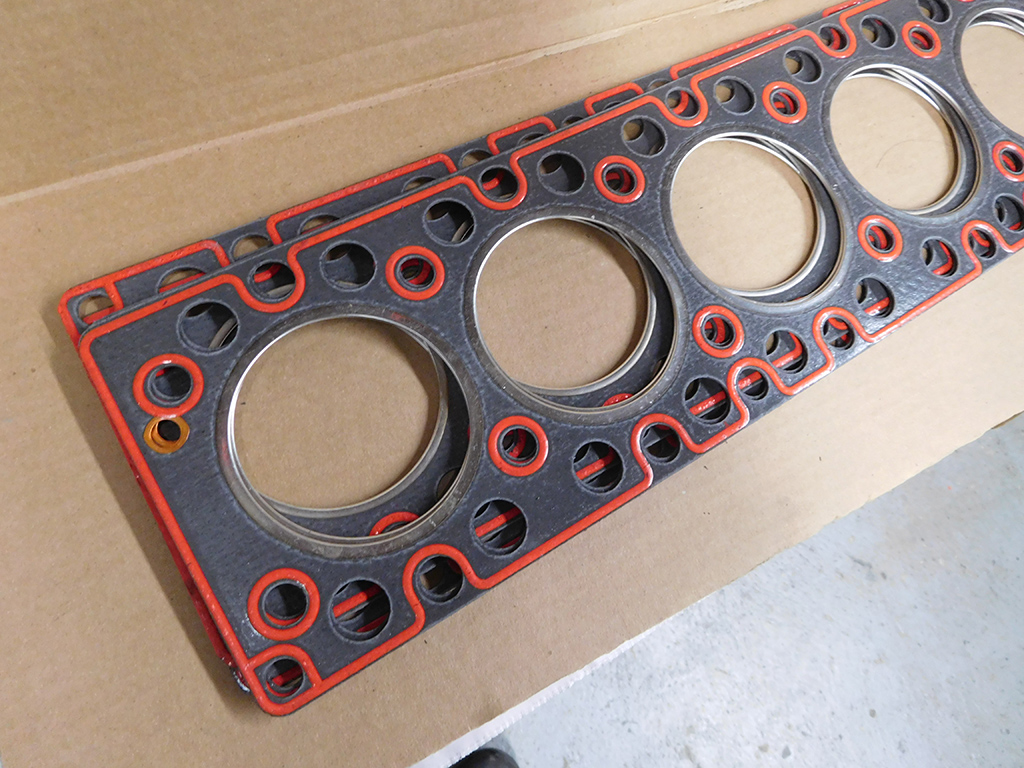 After some heated discussions with our vendors, and friends in the business, we found we were not the only shop having this problem, and a long time Ferrari mechanic in Brisbane Australia stepped up to do something about the problem. Carl found a local manufacturer to create a gasket from his design to eliminate the sealing issue. It too had a silicone bead, but the fiber material they used in the actual gasket compressed more to help with the sealing against the liners. 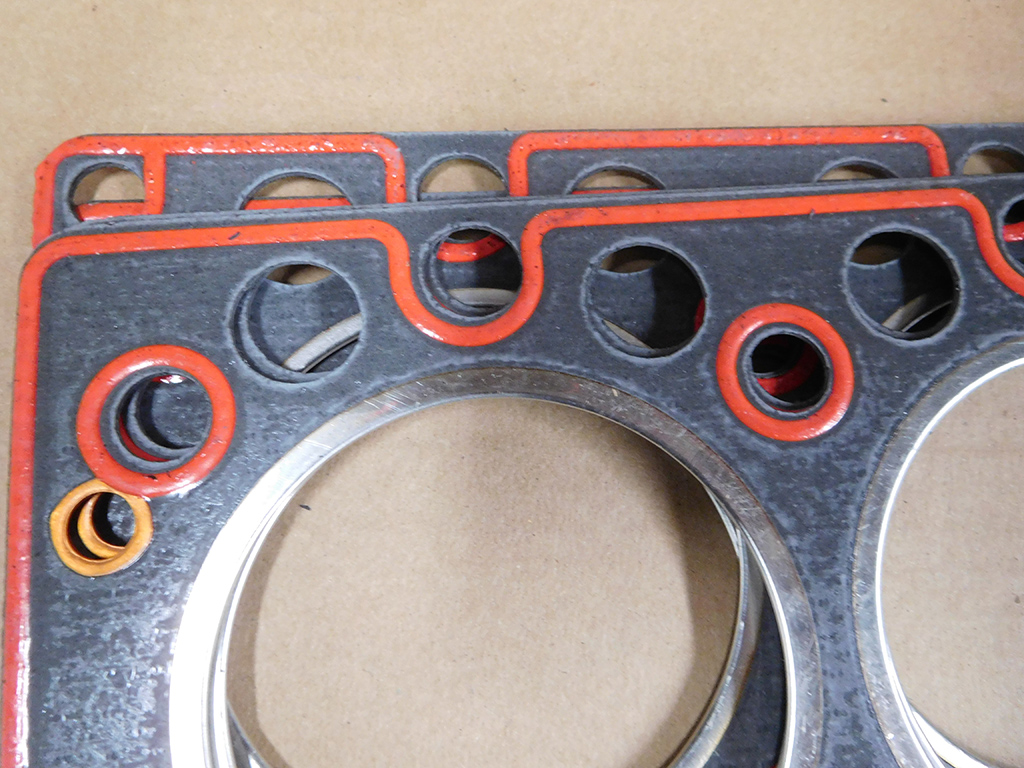 These gaskets were distributed by two suppliers in the US, and all was good for many years. I would get an email from someone once every 6 months asking why his Ferrari engine was weeping coolant between the heads, and I would tell him the tale, but I guess Ering was still making gaskets the same way, and people were still having problems!

Then a few years ago, I heard a rumor the company in Australia was purchased by a larger company, and the new company was not interested in manufacturing the low volume specialty gaskets for Vintage Ferraris anymore! We immediately purchased a couple of sets of the Australian gaskets to keep in our inventory, and hoped there would be a solution to this problem soon.

Before a solution could be found, I heard the new company not only wasn’t interested in making the Ferrari gaskets, they threw out the design drawings! Luckily, a new manufacturer, Murray Glegg, in Australia saw the need and stepped up to design a new gasket with improvements on Carl’s original idea.

These new gaskets fit even better than the previous ones, and encircle every head stud and water passage with a silicone bead. They’re a little more expensive than a regular head gasket, but the difference in price will never pay for the several hours of lost shop time when a cheaper head gasket leaks. Dave Helms has done extensive testing on these gaskets at his shop without problems. (Update: Murray Glegg has decided to sell these gaskets directly so contact Murray if you need these gaskets.)