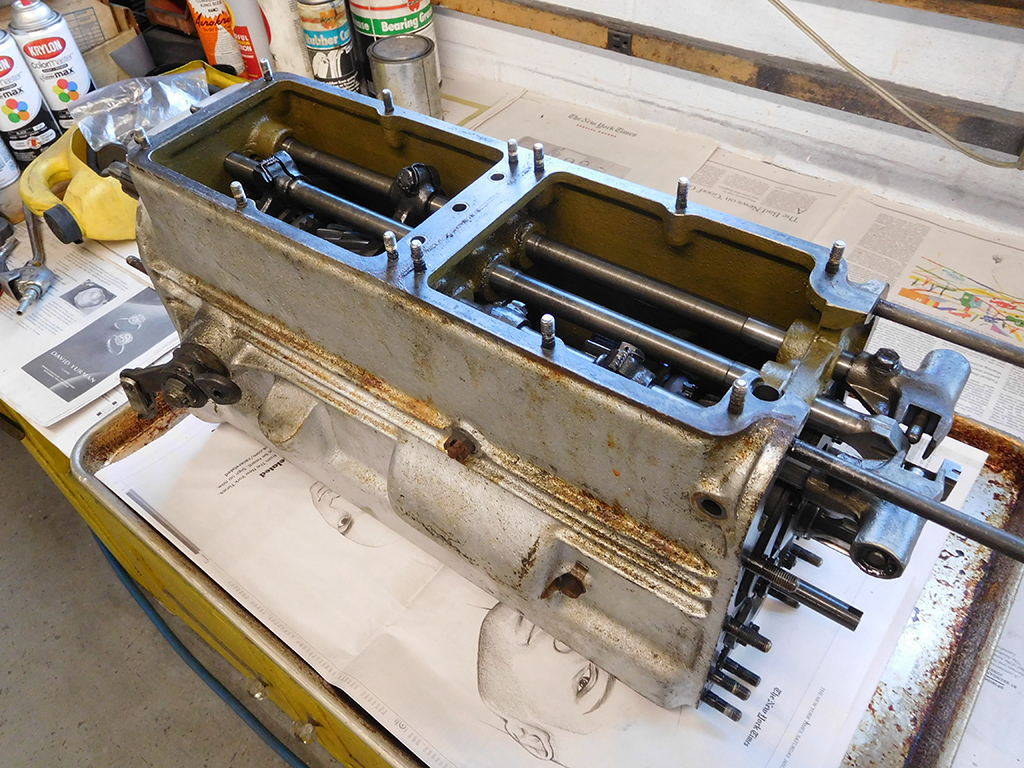 The 365GT 2+2 gear box was ready to disassembly. It’s a monster of a transmission, and we removed as much as we could to make it more manageable on the workbench, but it still takes two people to heft it up on the table!

This transmission was showing sluggish 2nd gear shifting, and 3rd gear was getting worse. Slow 2nd gear synchronizers are a common problem with Ferrari transmissions, and after trying all the magic gear oils and such to help the problem, the only way to truly solve the problem is to rebuild the gear box.

To avoid having to do this expensive rebuild, I try to explain to customers how to be gentle with their transmissions. With modern transmissions, and paddle shift controls, shifts between gears happen super fast, but old Ferrari transmissions were not designed to shift that fast! I explain there is an almost imperceptible beat one takes between gears as you cross neutral while up shifting gears. Instead of shifting between 1st and 2nd gear like 1 2, try shifting like 1,2. It’s subtle, but will save you $$$ over the long run. On downshifts, it will take a little more talent and some heel and toeing, but with some reading on the internet on the subject, and some practice, you can help save your transmission even more! 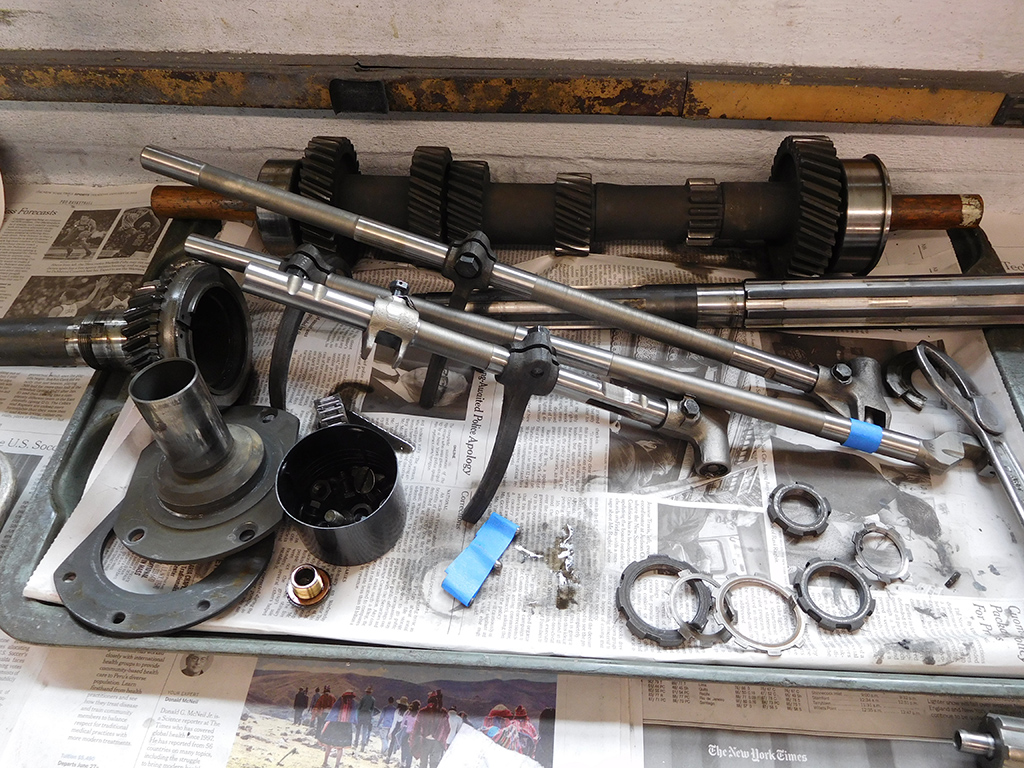 The shift forks and rods were removed and inspected. I carefully accounted for all the little balls and shifter detent parts and set them aside. Needless to say there are a ton of little parts that we have to keep track of! 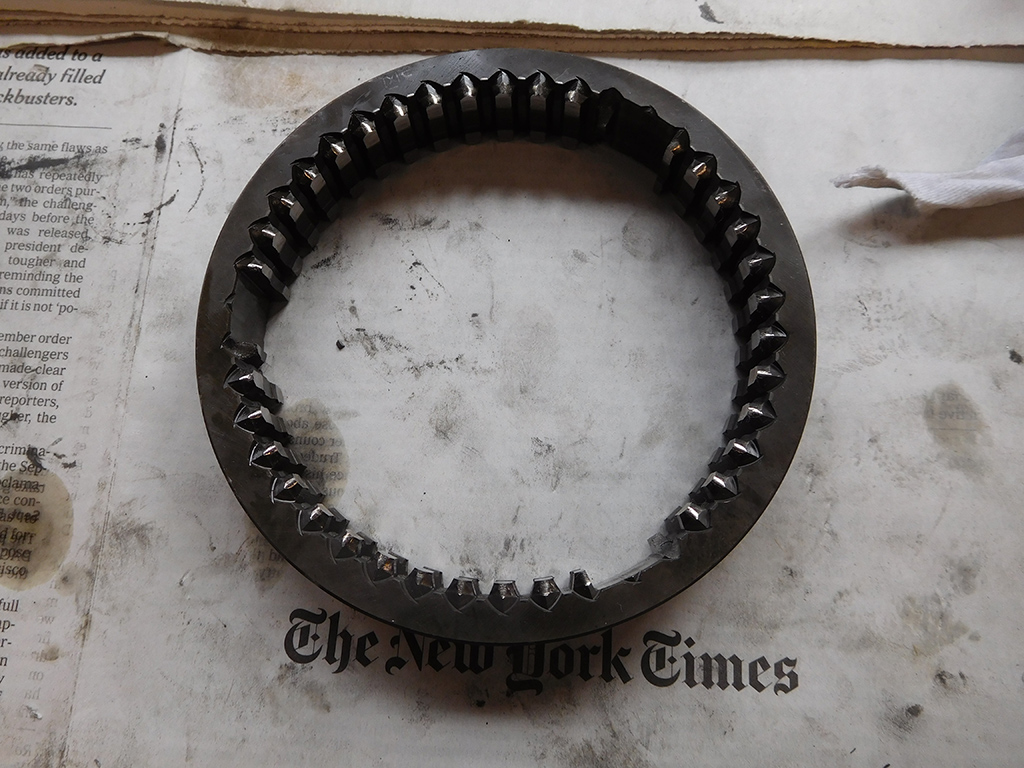 One of the wear items on a gear box rebuild is this dog ring. 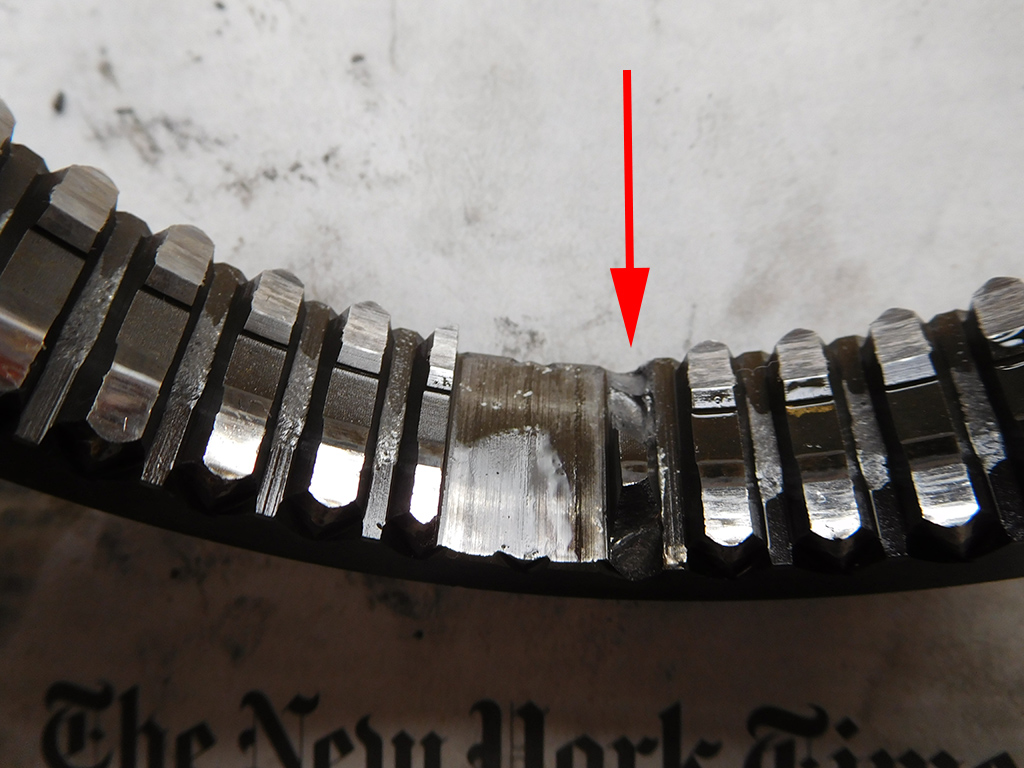 There were some pretty nasty chunks taken out of the teeth that contacts the spider. The missing material was allowing the spider to wiggle when it was engaging with the dog ring. I’m now really glad we suggested it was time to rebuild this transmission because if more teeth had broken, we could have seen a bigger problem! 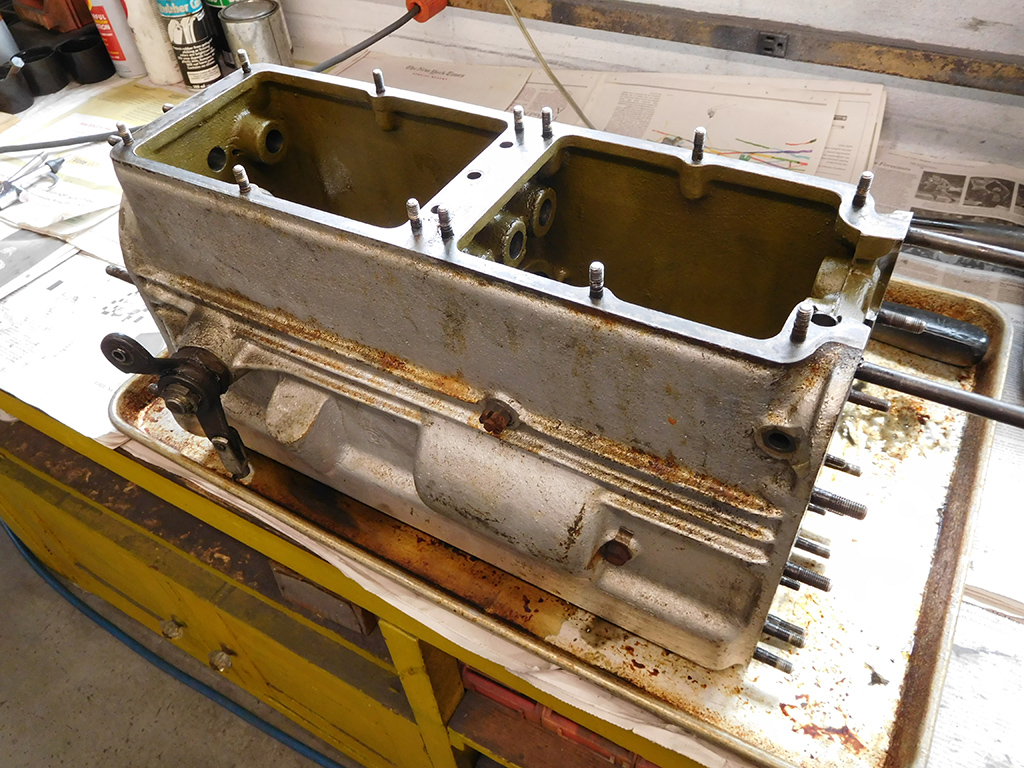 By the end of the day, we emptied all the gears out of the gear box, so now it was time to clean out this heavy piece of cast iron, and paint the box. The replacement parts are just about ready to go back in, and we’ll start putting everything back together!