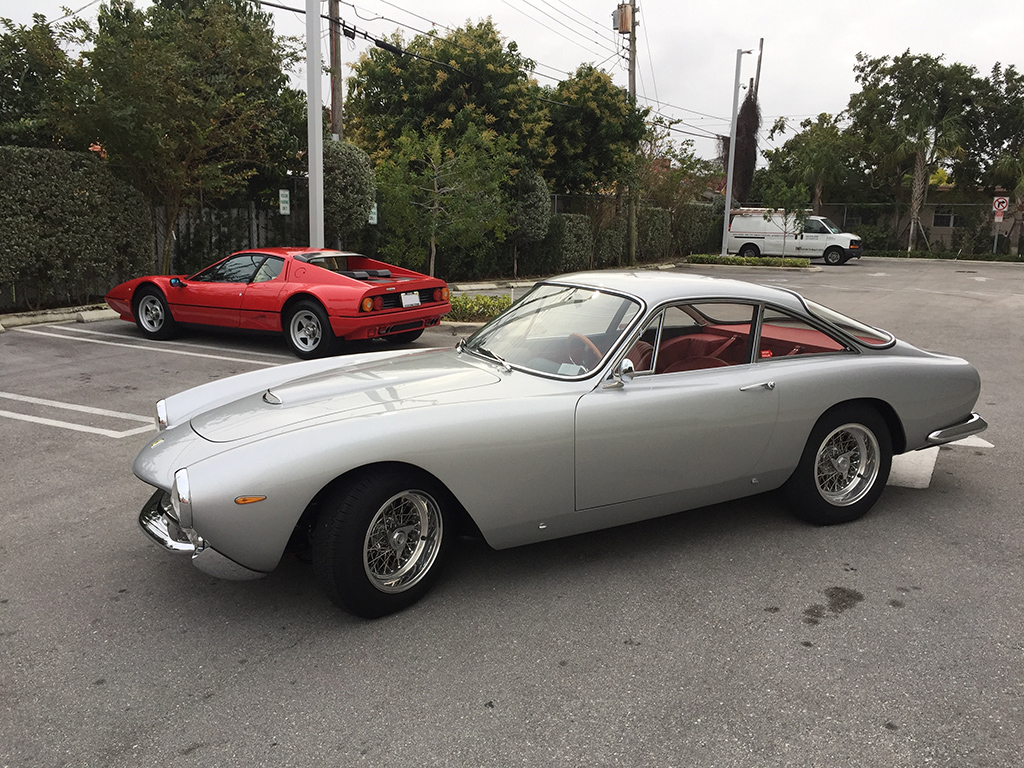 Before heading back to NY from Florida last month after Cavallino, I stopped in Miami to meet a new owner of Ferrari 250 Lusso. Several months before, I was asked to perform a Pre-Purchase-Inspection on this Lusso located in Connecticut. We knew the previous owner and Francois had even worked on this very car many years ago. The inspection went well, a deal was struck, and the car was shipped south to its new home in South Florida.

I decided to call the owner while I was down in Florida to see how he was doing with his new car. He owns other Ferraris, but this was his first “Vintage Ferrari” and he admitted he hadn’t been confident enough to drive it! I told him I would be happy to “show him the ropes!”

I knew exactly what this new owner was going through. Owning a Vintage Ferrari for the first time is often a dream come true, but taking one out for a drive for the first time can be intimidating. I drive these cars all the time, but teaching someone the correct startup procedure, and  going over the little quirks of an old Ferrari, helped this new owner get over the initial fear. Most all carburetored Ferraris start the same way when cold:

Listen to the pump and wait until it slows down when the fuel bowls in the carburetors fill.

push or turn the ignition switch to start the engine.

Once it catches, try not to pump the accelerator too much, but rather find a position on the throttle to get the engine to run at about 2000 rpm.

let it run for about a half a minute or until you can release the accelerator pedal, and the engine can idle by itself.

We try not to use any choke on most cars because the linkages often do not return to normal, and cause rich running when hot.

After we started the Lusso, we took her out for her first drive out in South Florida. As the owner got comfortable, we kept driving out towards Biscayne Bay, listening to the howl of the V-12. I could feel the fear draining away from the owner’s mind, and he really started to enjoy the car. It was a long time dream that I witnessed the final realization. What a memorable drive!