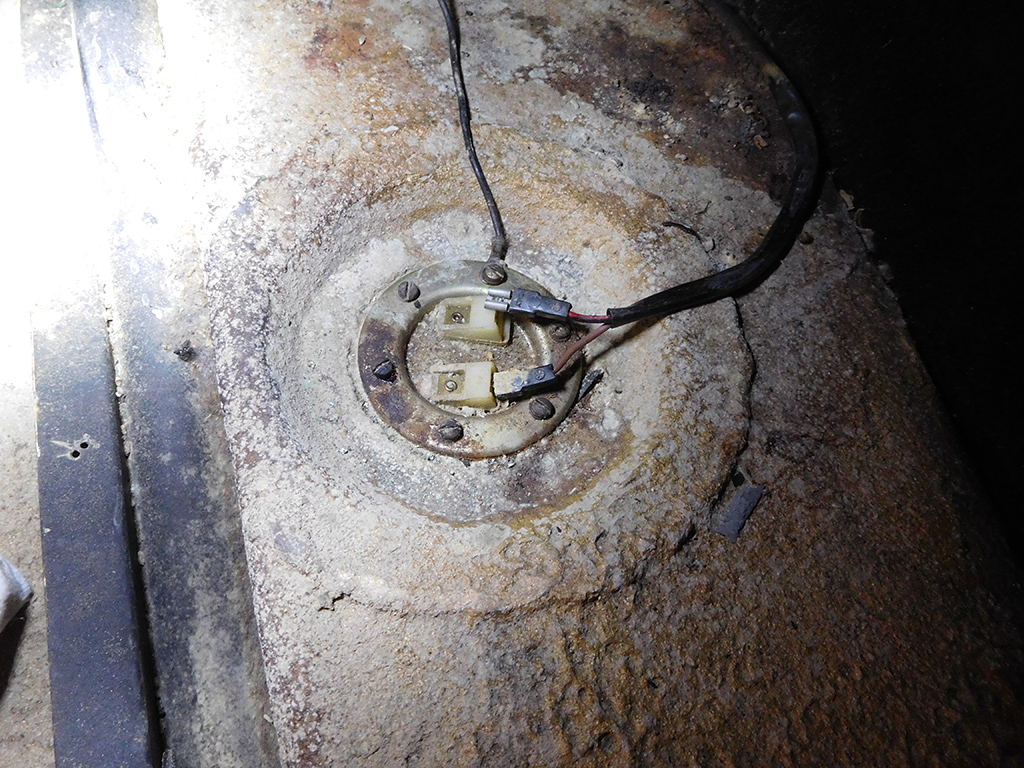 I’m finishing up the work on a 365GTC/4 fuel system and I was told by the owner the fuel gauge was not working all the time, so I started some diagnostics. When I turned on the ignition switch, the fuel gauge didn’t read anything, so I went to the back of the car to check the sender. Luckily, the 365GTC/4 has a fuel tank that is easy to access its sender. With a few panels unscrewed, and removed, I reached the fuel sender. Voltage was good, so I pulled out the sender. 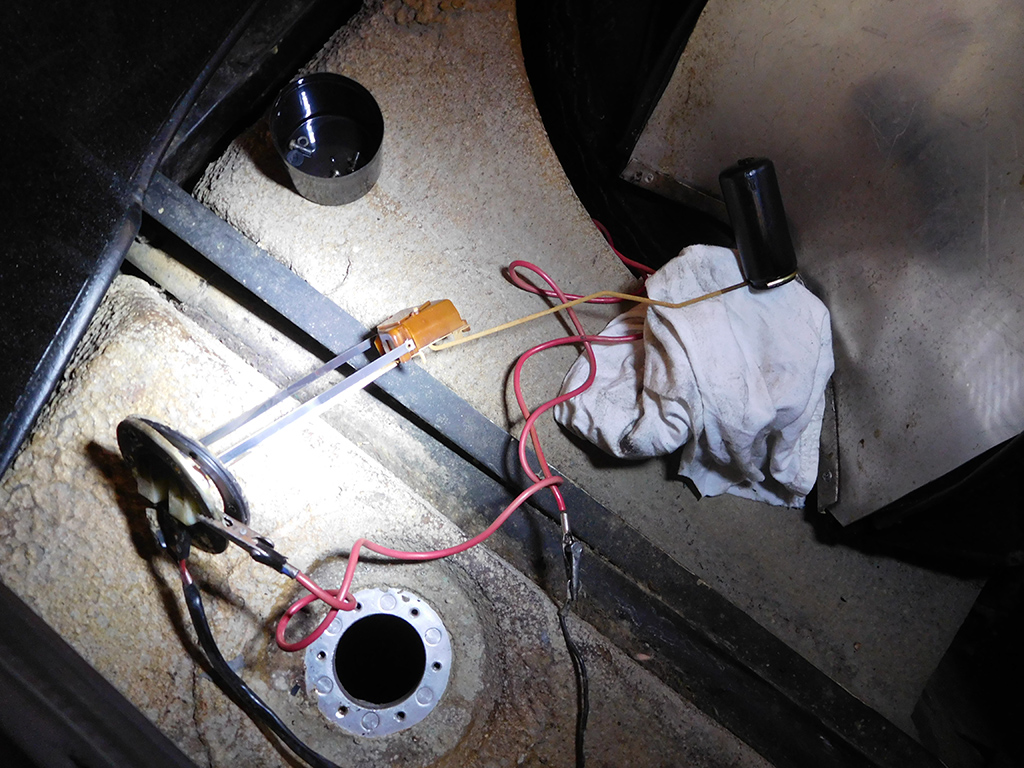 The sender looked like it had never been pulled out of its home since it left the factory in Italy, but after supplying ground to the unit and plugging back in the wires to the gauge, I was able to actuate the float arm and see the gauge moving on the dash by peeking through the rear window of the car.

There was some light corrosion on the sender and I suspect the problem was the light oxidation caused the contacts in the sender to misread. When I used to work as an audio guy, we would actually hear this oxidation on knobs and faders when listening to the audio signal coming over the speakers. The noise would sound like static that would match the movement of the fader as we moved it up and down. The simple fix was to “exercise” the fader or knob until the static would go away. This works the same way the fuel sender contacts in the fuel tank, so moving the float arm up and down “exercised” the contact. When a sender sits in the same position for long periods of time, the contact can seize in position and develop a dead spot. Moving it off this spot, and sliding the contact across this spot can fix it.  If the problem persists, we’ll send the unit out for rebuilding.

Here’s another problem that could be caused by the 10% alcohol the US suppliers add to the fuel . Because alcohol absorbs water, and if there is any moisture in the fuel tank, it will collect on bare steel surfaces. The fuel sender sits in this environment, and can rust. We used to advise keeping the fuel tank topped up so the insides of the fuel tank won’t rust, and this also helps keep the fuel senders from rotting as well. Now with the alcohol in the fuel, I don’t know what to advise!