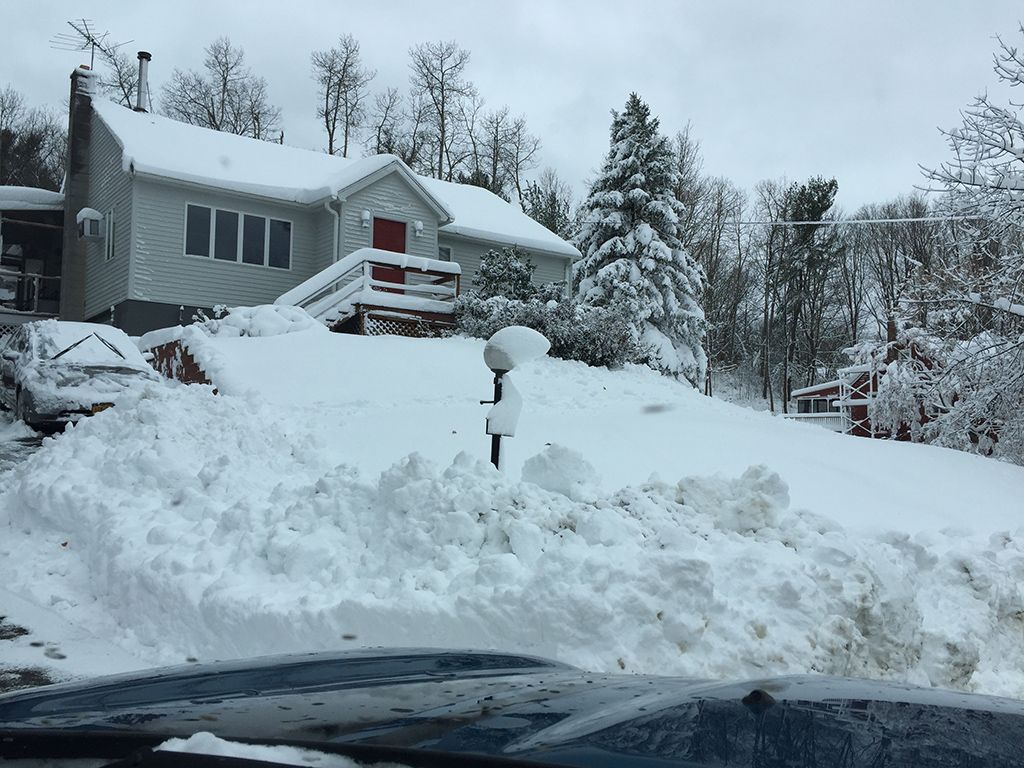 I left my house on March 3rd to catch a flight to Salisbury MD with 12 inches of snow on the ground. It was the first Nor’easter that pounded the Northeast of the US, but my wife assured me she would be OK. (I owe her a big one!) 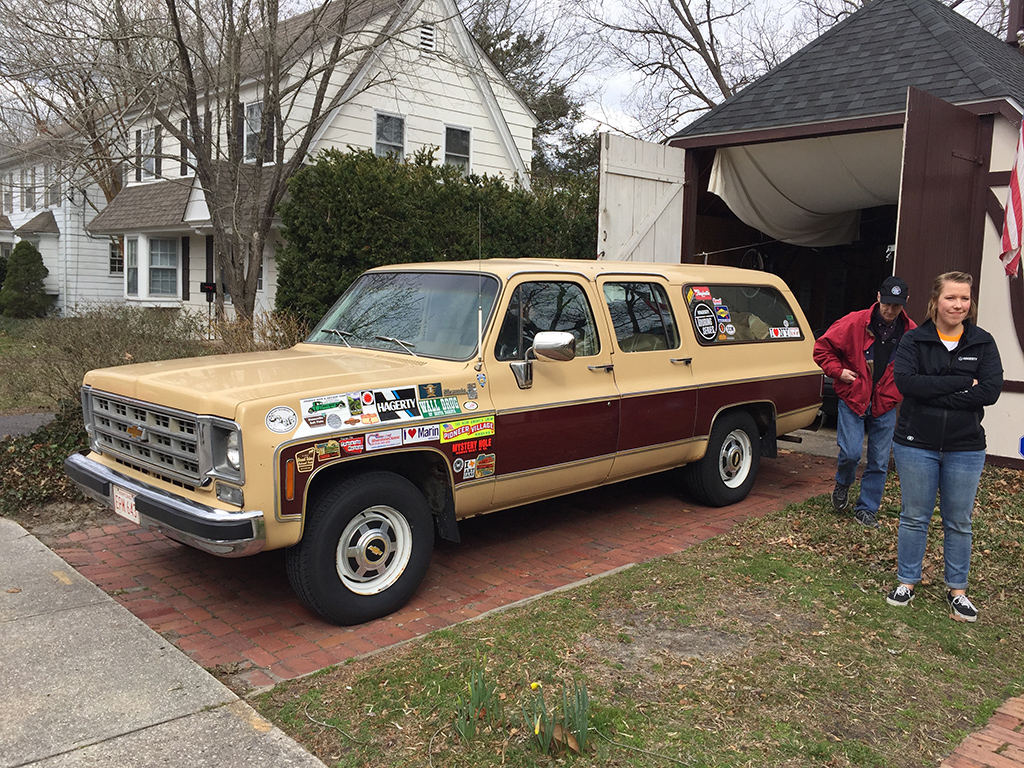 Brad Phillips of Hagerty Insurance picked up the first arrivals at his house. This was the third time in as many years that Brad has organized a drive to the Amelia Island Concours in Florida. I joined Brad back in August on an epic road trip across the US to Monterey California for the Pebble Beach car weekend, so I was looking forward to doing it again to Amelia! 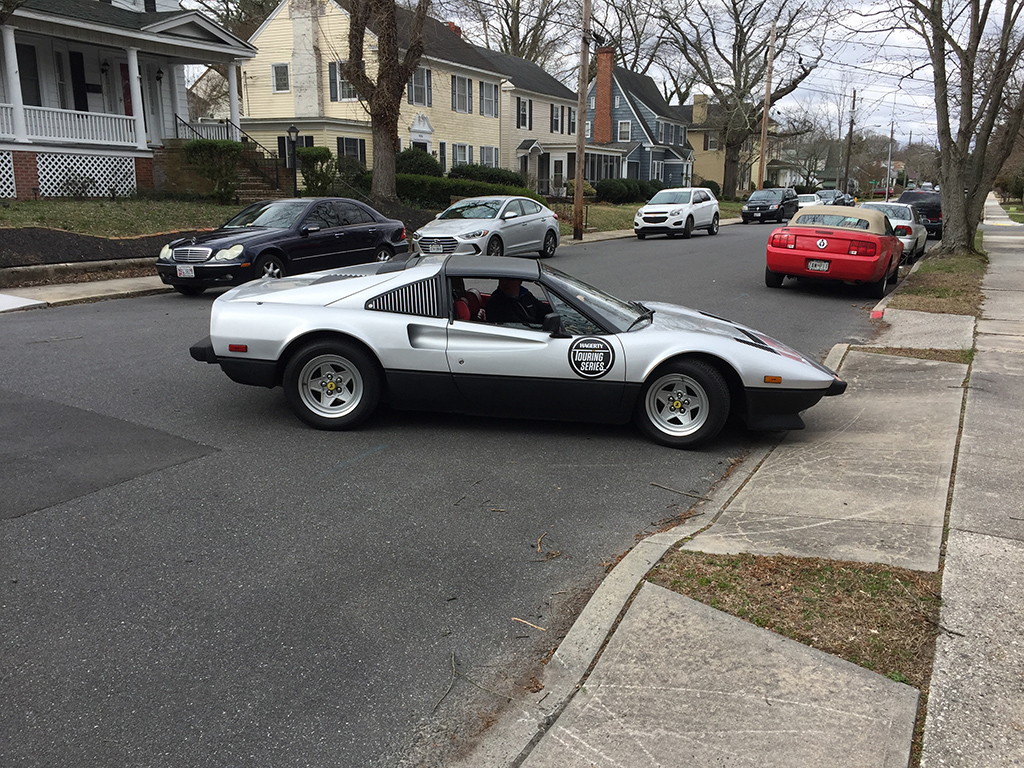 I flew down without a car because I offered to help shepherd the group to Florida and put whatever skills I had to good use. Brad was also bringing his Ferrari 308, so it was convenient to have me along! 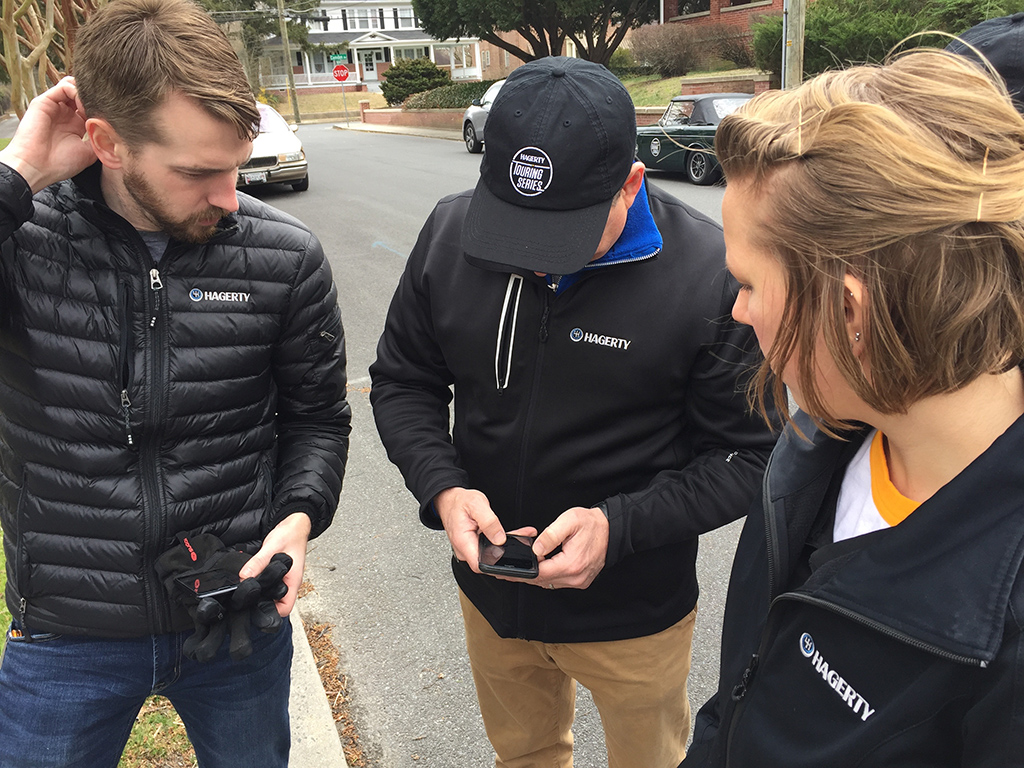 Along with Brad, Hagerty sent Kyle, and Sabrina to help with the logistics, photography, social media, and whatever else was needed. This year Hagerty also hired Dave Hord of Classic Car Adventures, which was the single greatest asset to this event. Dave has been organizing car rallies for over 10 years, and has a few very popular events all over the US, so having Dave create a route book, suggest hotel accommodations, and make changes on the fly, made things very easy to the participants. 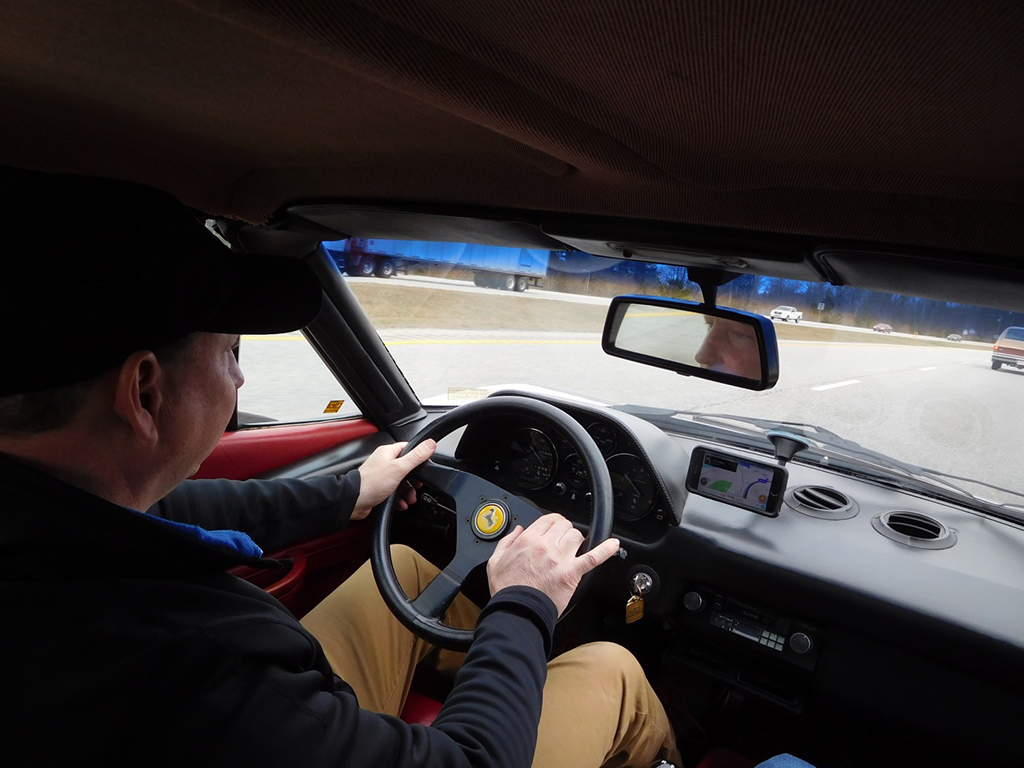 Brad insisted I ride shotgun in his 308 on the first leg so I could listen to his 308 run. Having never driven another car, he had no reference how his car stacked up to other 308s. My job was to listen and assure him what noises were normal for a 308, and let him know what I thought. I’m happy to say, this car was fine, and all the noises were good noises! 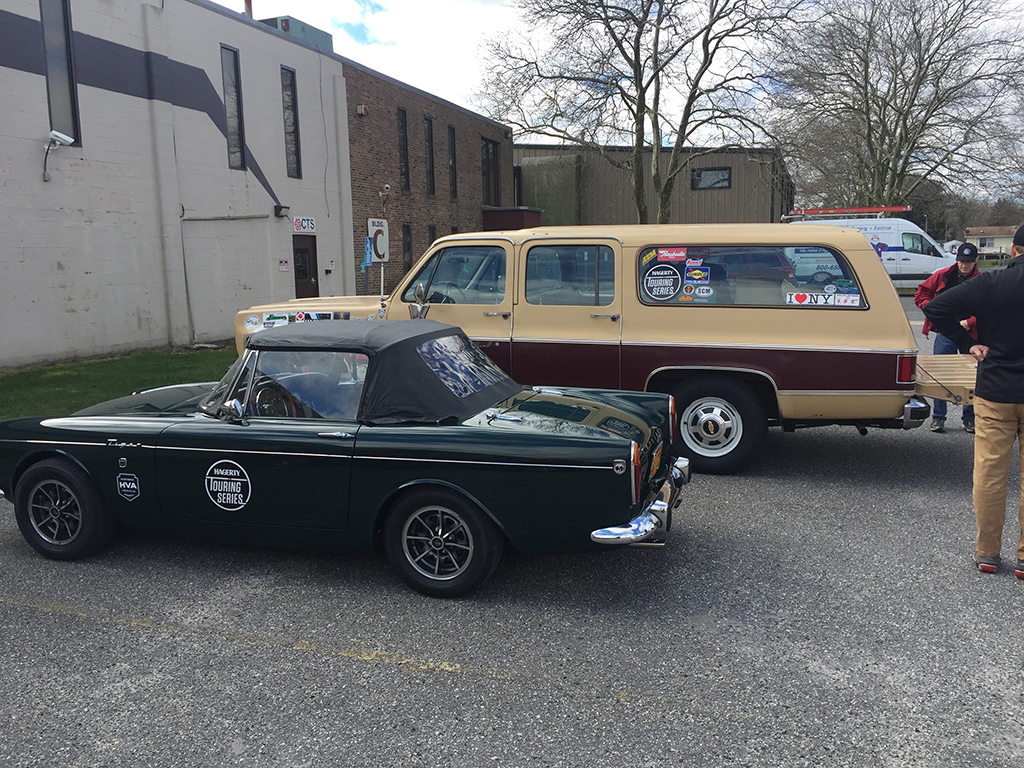 Our first stop outside of Salsbury MD was in the town of Ridgely MD at CTS. Joe, the Tiger owner, is a partner. 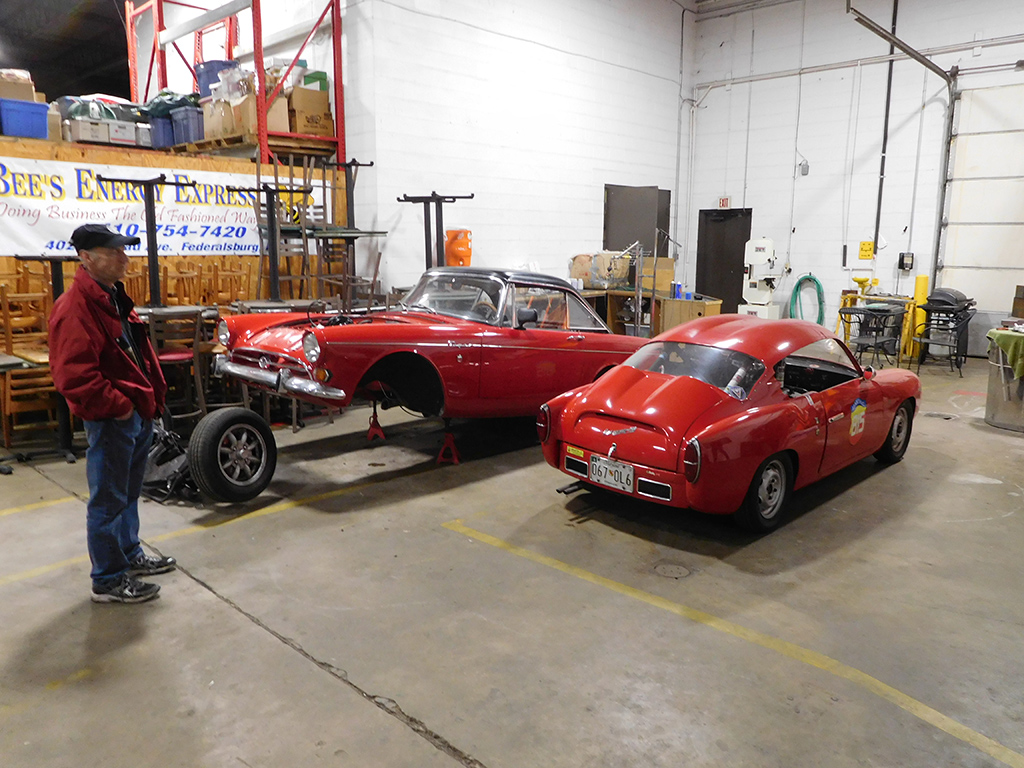 These guys have their hands in a lot of neat stuff from building engines, preparing cars for the Mille Miglia, to engineering a plasma ignition technology from scratch! Somewhere in their spare time, they also get to work on their personal projects! 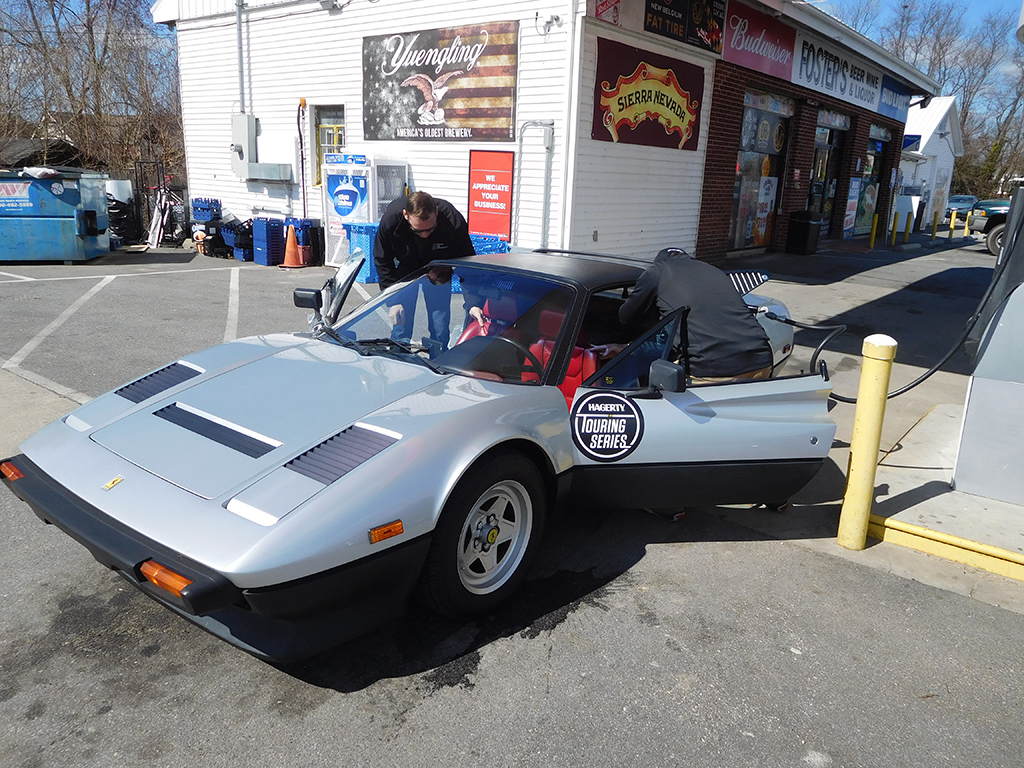 I rode and drove in the 308 for most of the first day, but my time was limited because there was always someone willing to jump in the seat of the Ferrari! 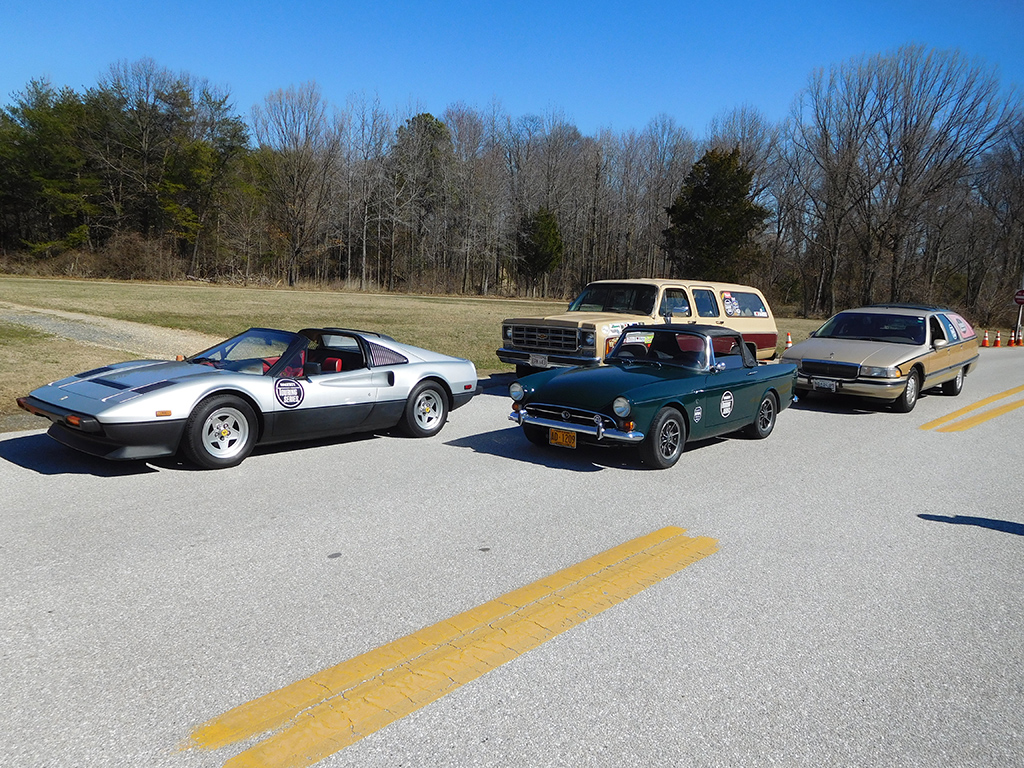 I didn’t mind swapping seats in any of the cars on the trip because there was always a fun selection to choose from. Since I own a Series V Sunbeam Alpine, Joe and I had plenty to talk about when I rode with him in his Tiger! 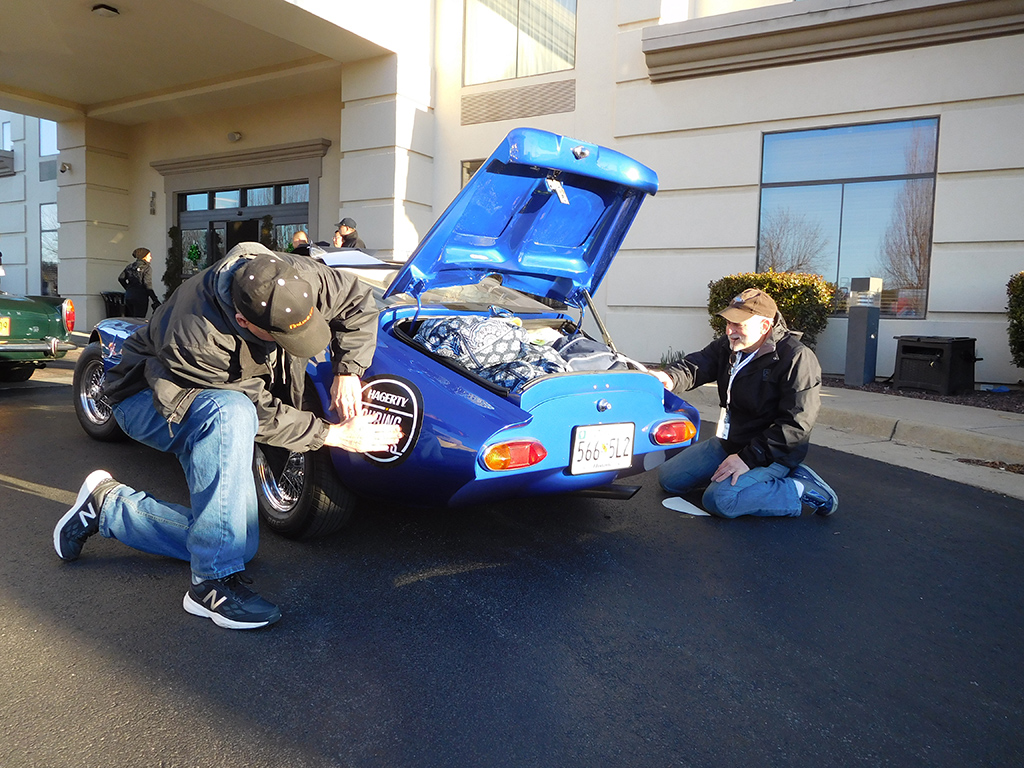 Our official kickoff began in Winchester VA, so several cars met us at the first hotel including Matt and Dave in his Marcos. 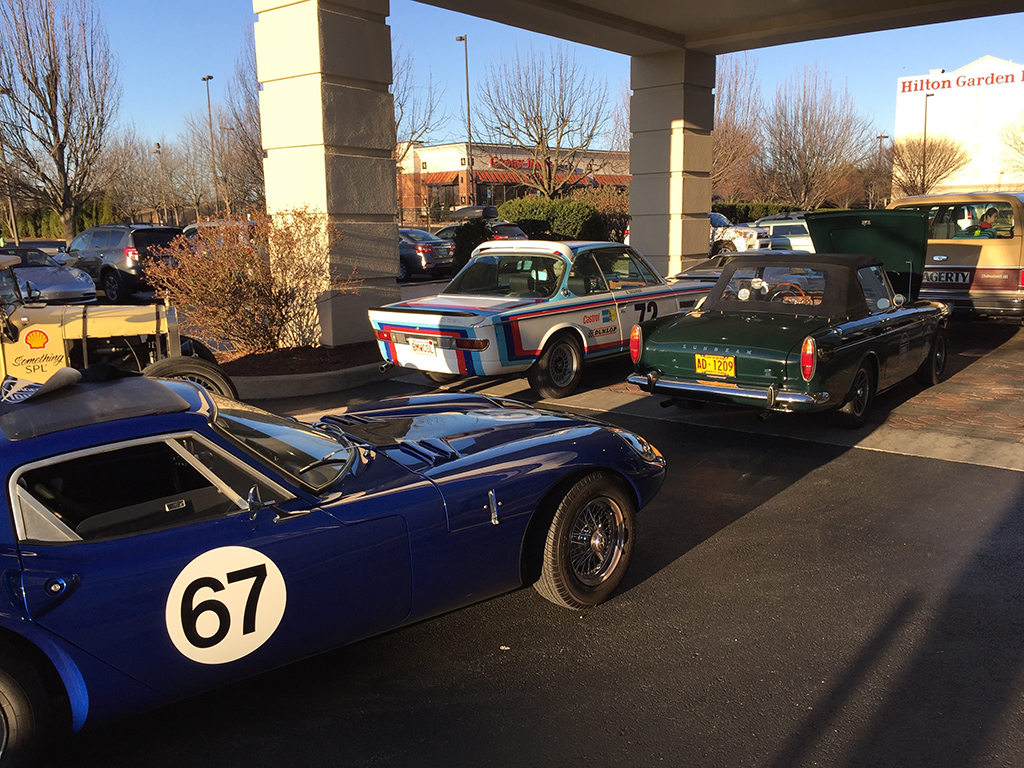 Another Dave joined us in his 3.0 CSL tribute car, and it was great to meet David in person as we’re Facebook friends! 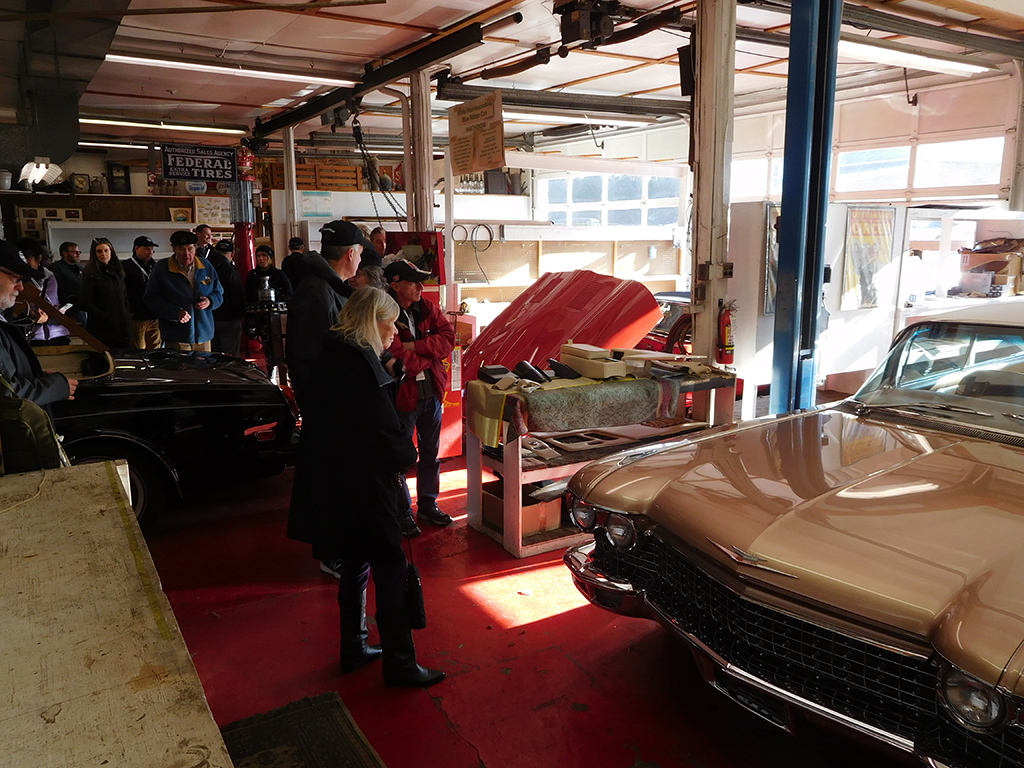 Hagerty not only arranged the route, the schedule, and places to stay, they also scheduled a few shop visits along the way. The first official stop was White Post in VA. This family owned business has been around for many years, and may be the oldest restoration shop in the US! 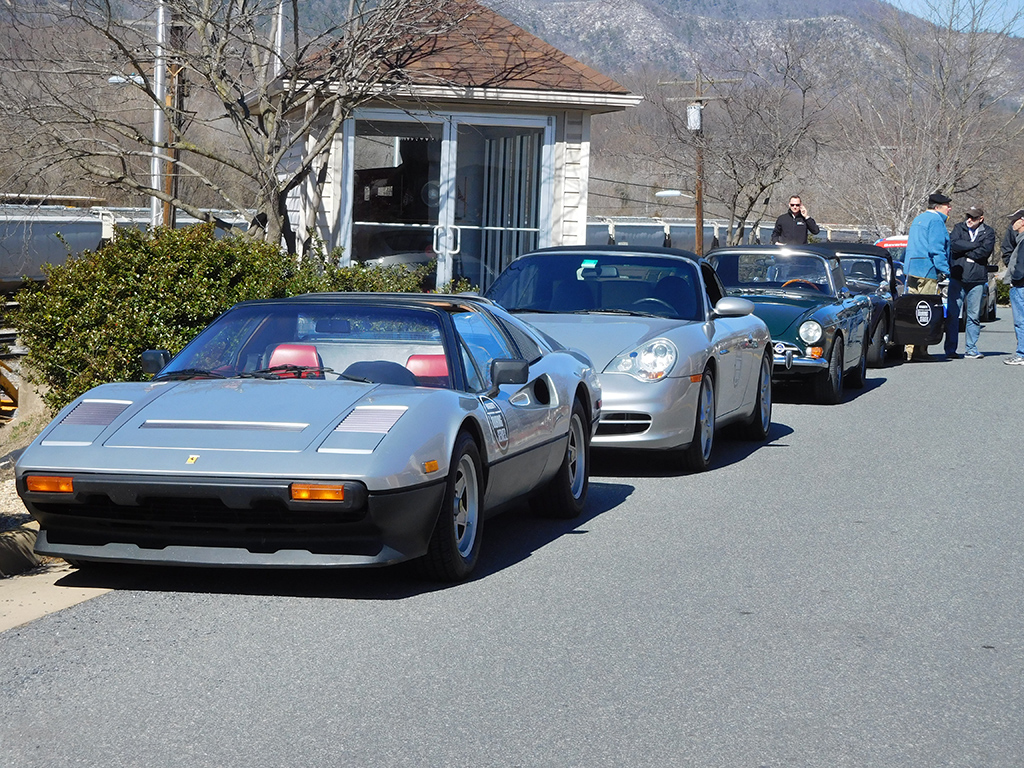 My next car to jump in was a Porsche 996 Cabriolet with Jeff from CT. We had a fun time talking about all sorts of stuff, but what really got me thinking was his Porsche. I used to own a 1972 911T, but sold it several years ago to fund my Ferrari restoration. I vowed one day to get a 911 again, but the long hood cars have really taken off in price. As I drove Jeff’s car, I started to come around to the water cooled flat six. They’re definitely not the same as the lighter, less complicated cars of the 60s and 70s, but they still have the feel of a 911. During that drive, I started to get that familiar pain again: The pain that I have knowing I don’t own a 911! I may start looking for a cheap 2002 C2 coupe, and if you have any leads, let me know, just don’t tell my wife I’m looking for a 911 again! 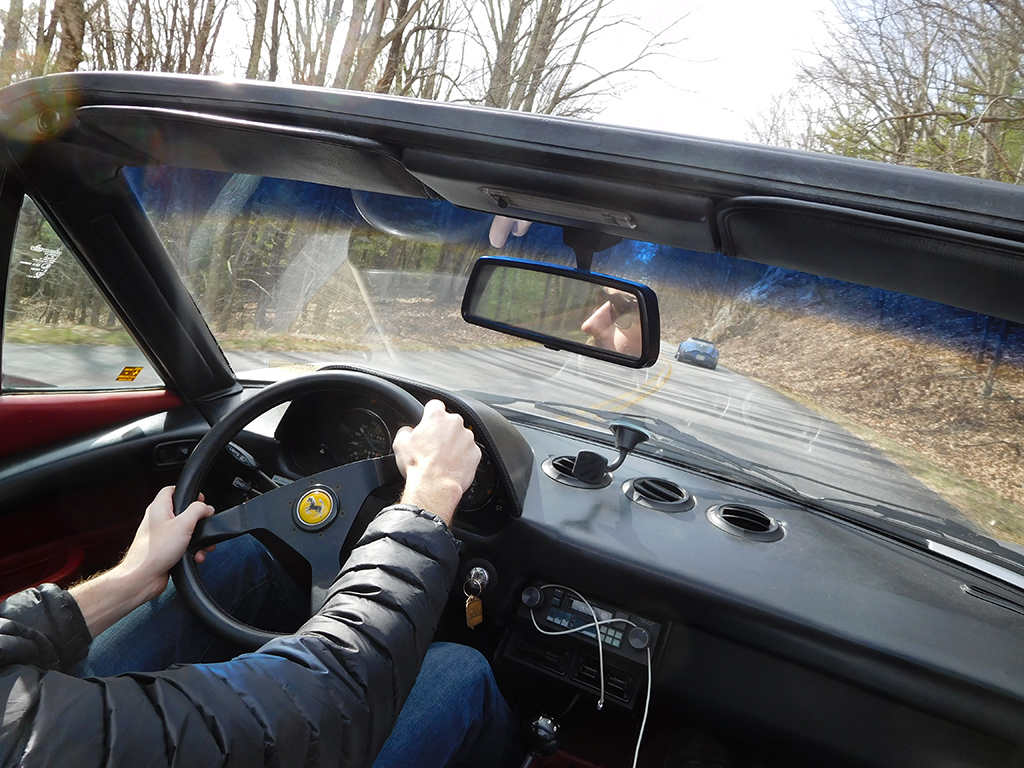 I jumped back in the passenger seat with Kyle from Hagerty to experience his first drive in a 308. One of the things I love in what I do for a living is to witness people driving a Ferrari for the first time. Most everyone who had the opportunity can tell you their first drive in a Ferrari, and it’s a pleasure for me to be witness of it! 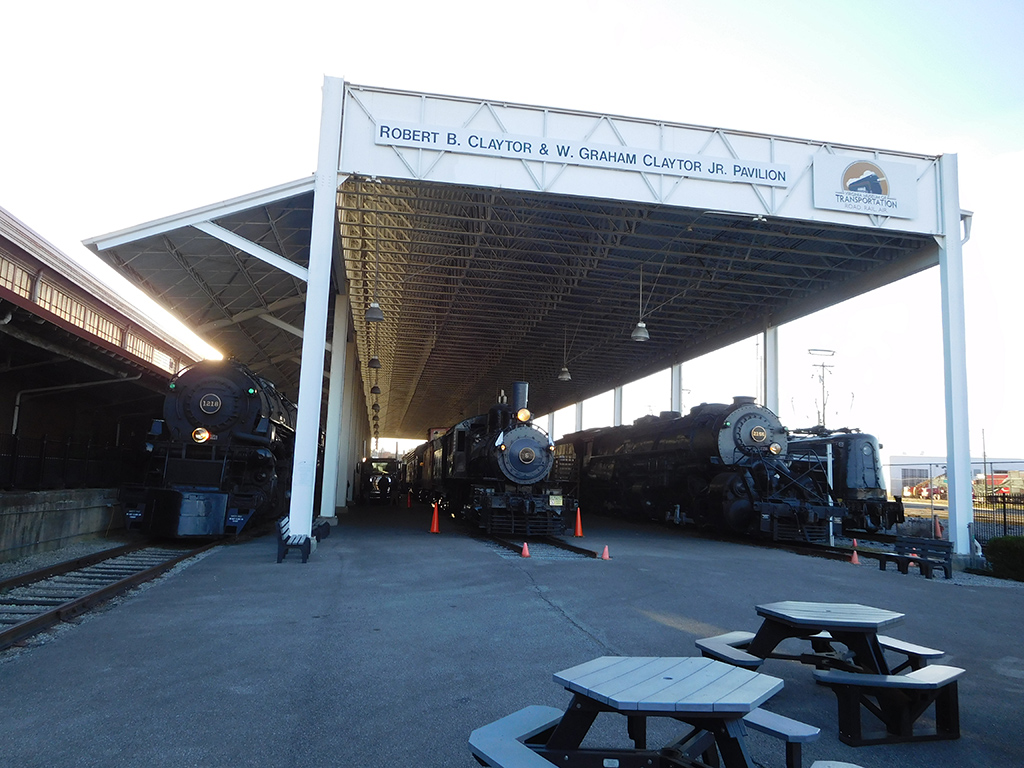 In Roanoke, we got a private tour at the Virginia Museum of Transportation. They were kind enough to stay open late for our arrival in town to learn about Steam and Diesel Electric locomotives. 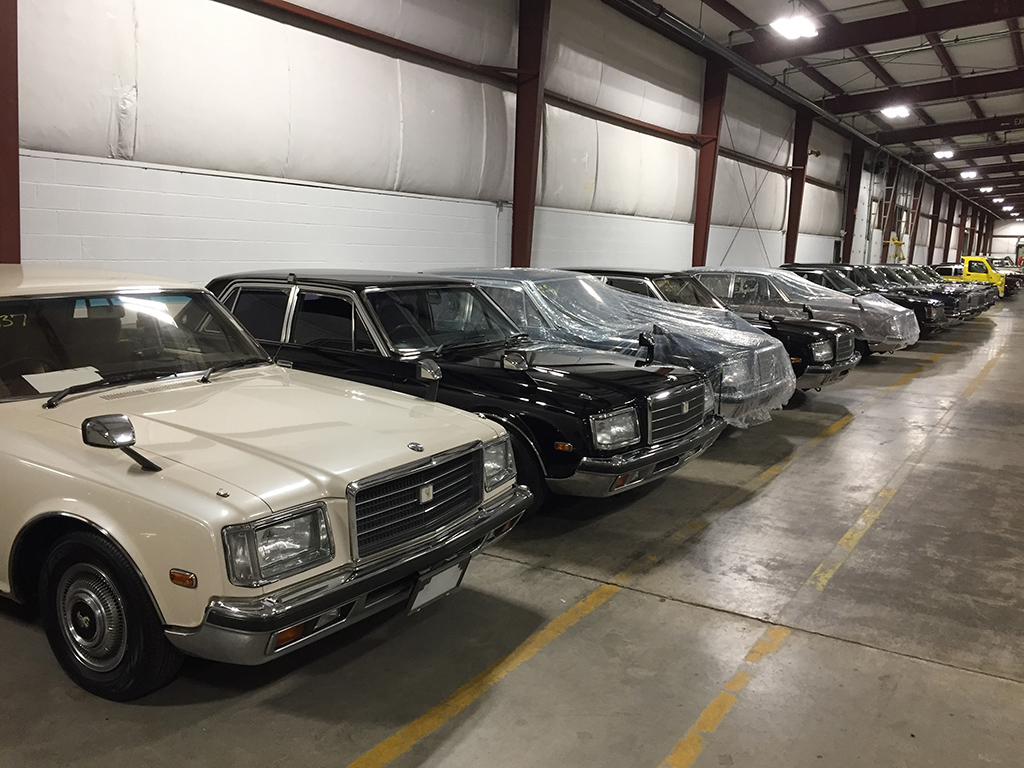 South of  Roanoke VA, we stopped in Duncan Imports. Brad bought his Toyota Century from Gary Duncan last year, and we drove it to California. Gary has been dealing cars all his life and has found a niche importing used RHD Japanese cars into the US. 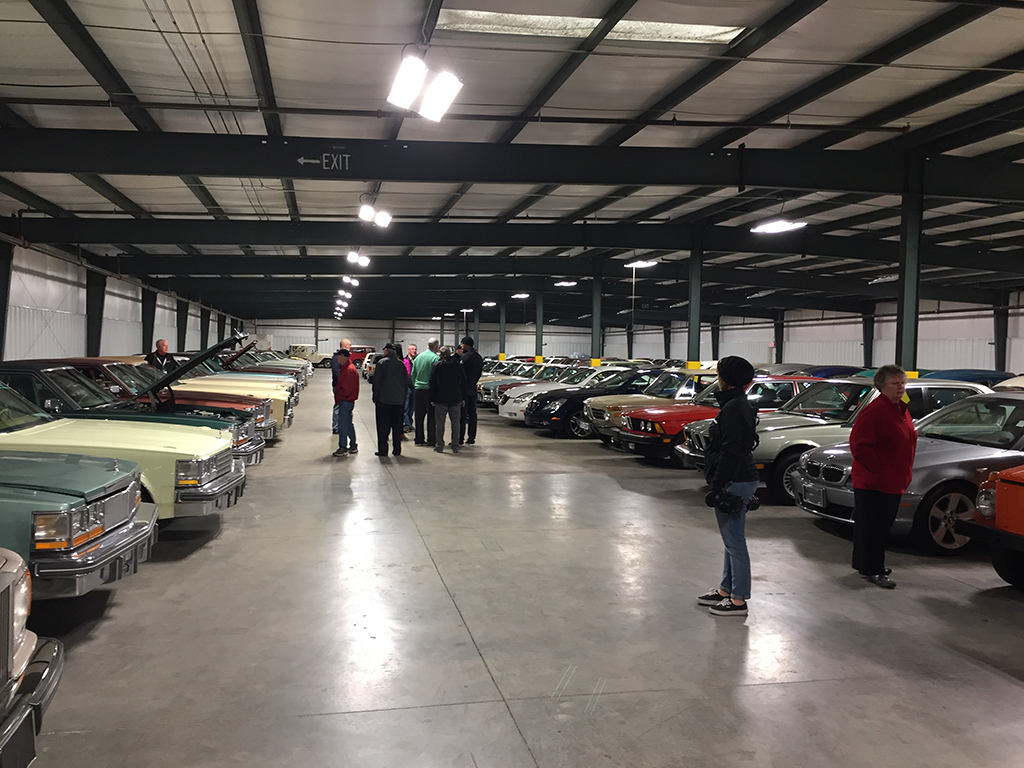 The warehouse for his inventory was astounding. There was tens of thousands of square feet of cars, with everything from a Buick Riviera to a Rolls Royce Hearse! 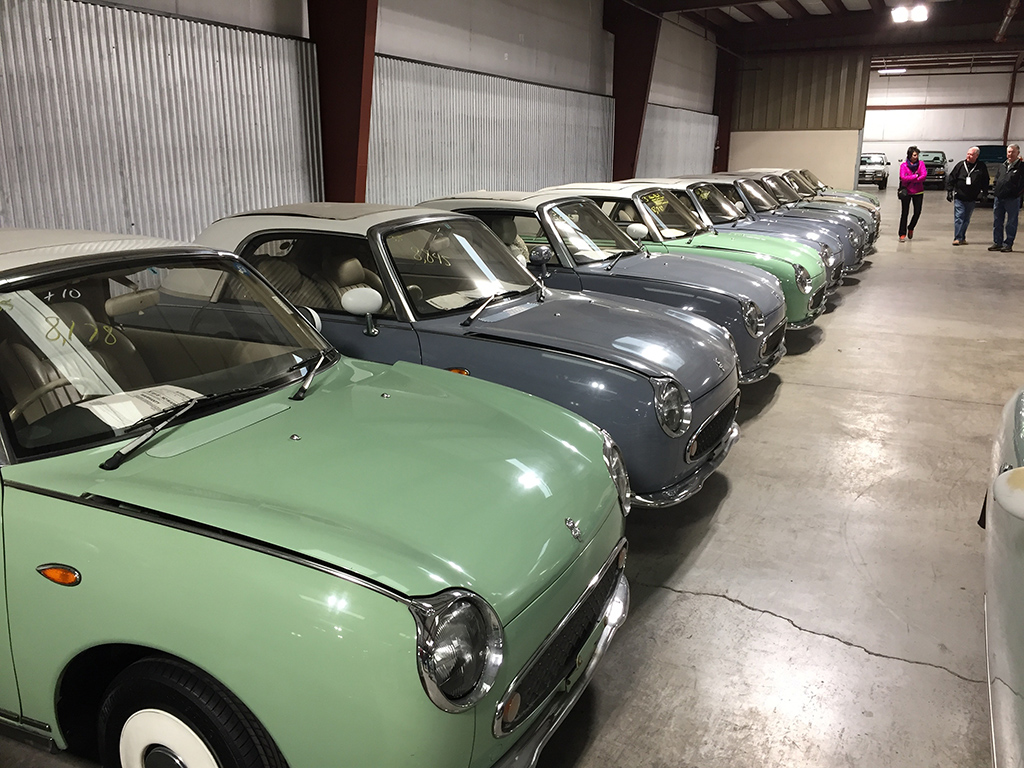 Gary also had hundreds of Nissan Figaros. These were quirky Japanese market only cars that were so cute they looked more like an accessory than transportation! Prices for these cars ranged from $6K to $25K depending on mileage and condition. 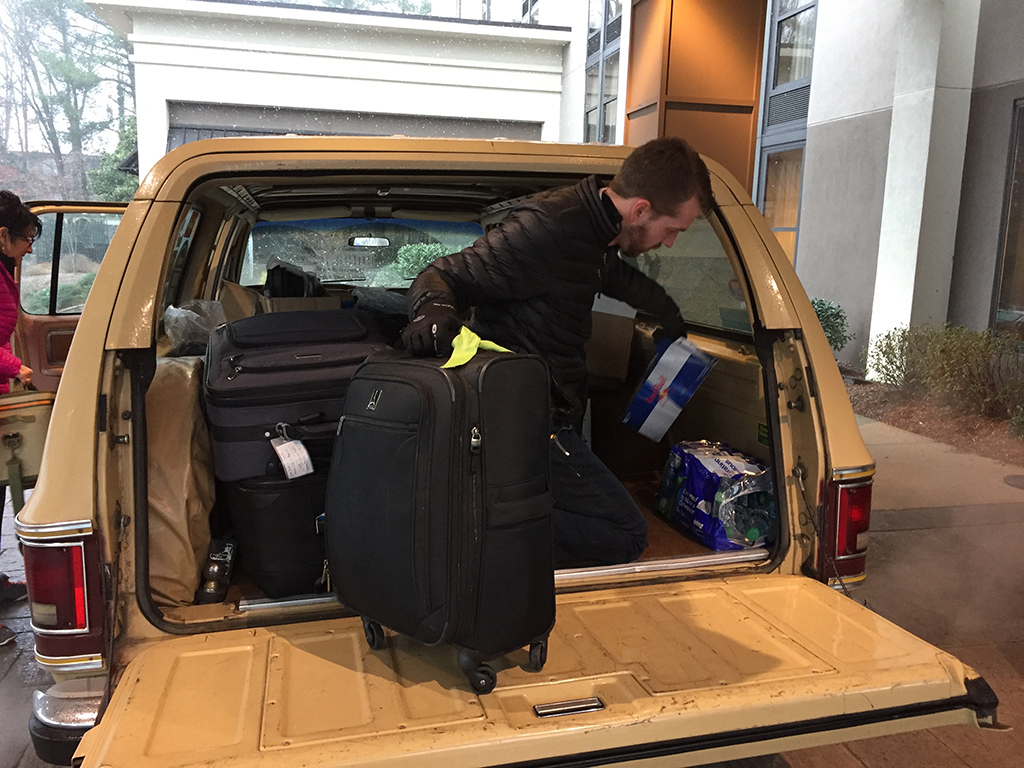 The Suburban was performing admirably, and was the perfect support vehicle for this trip. We all took turns behind the wheel driving this beast with the 454cid V-8! 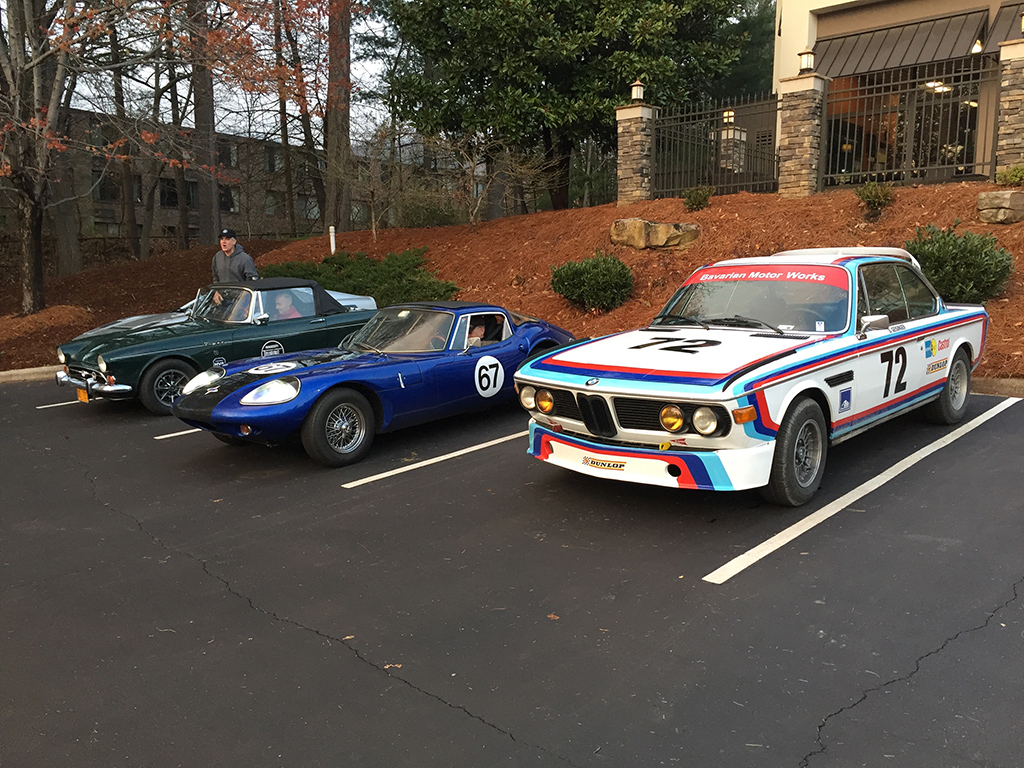 We arrived in Asheville, North Carolina without any signs of southern weather. The forecast was for light snow with temps in the 30s. David and I arrived in North Carolina with a low idle on the BMW. I managed to get the car to idle better and limp into town, but luckily he had the guys from South Shore Autoworks along towing his show cars south for Amelia Island. David had just purchased this car not too long ago, so its history and previous service was unknown to us, but Justin and Sean tried their best to get the car to run normally. After changing out a set of fouled plugs the car ran better, but we found issues with the carburetors that could use some closer attention. 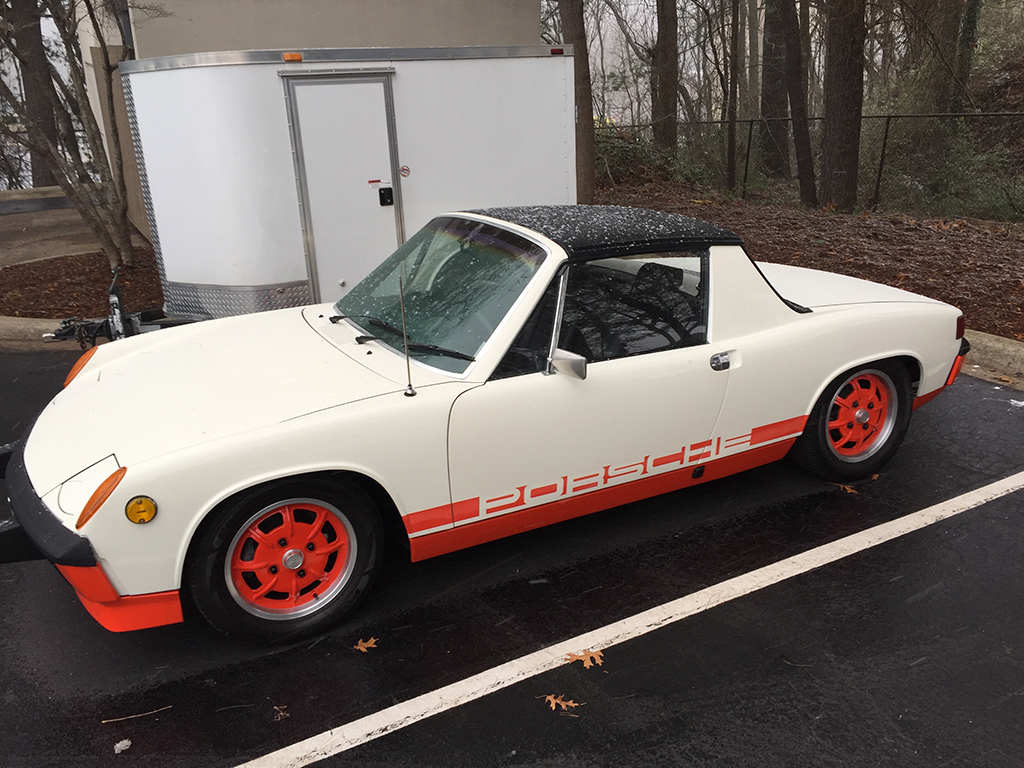 On Justin’s truck was a very nice 914 they were planning on bringing to the Porsche show in Amelia Island Werks Reunion, and we convinced David it was better to drive the Porsche the rest of the way from Asheville than foul another set of plugs in the BMW. 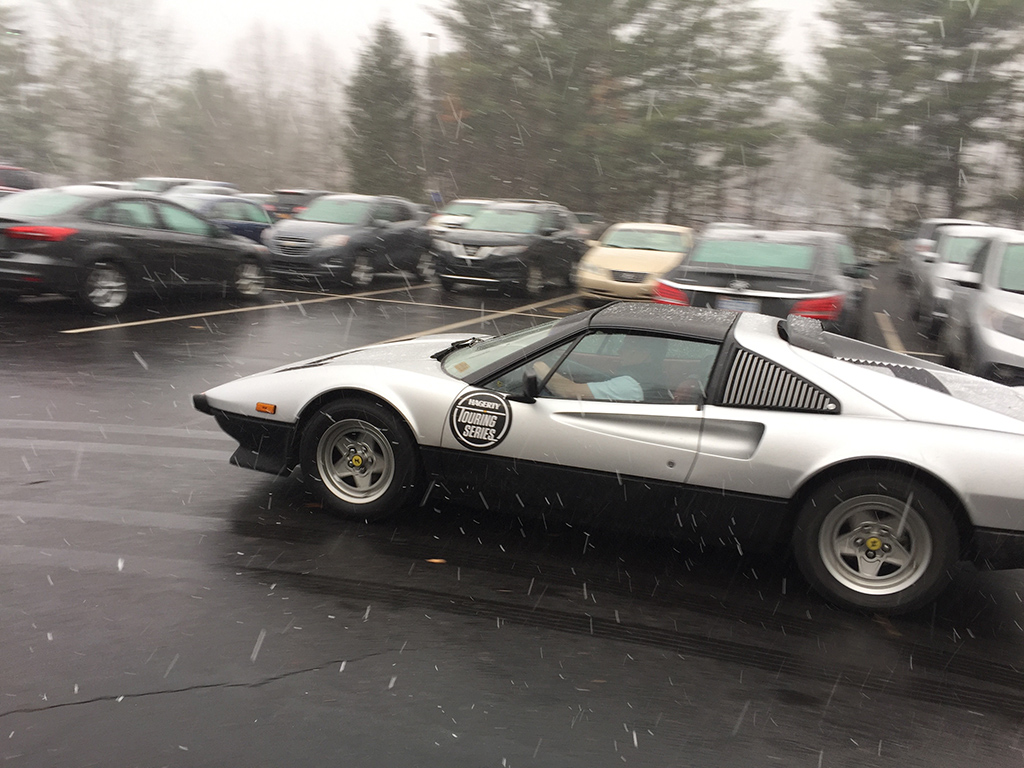 The next morning, we left Asheville with Dave Hord euphemistically describing the weather as “Canadian Sunshine,” with the promises of mid morning sunshine on the other side of the mountains. 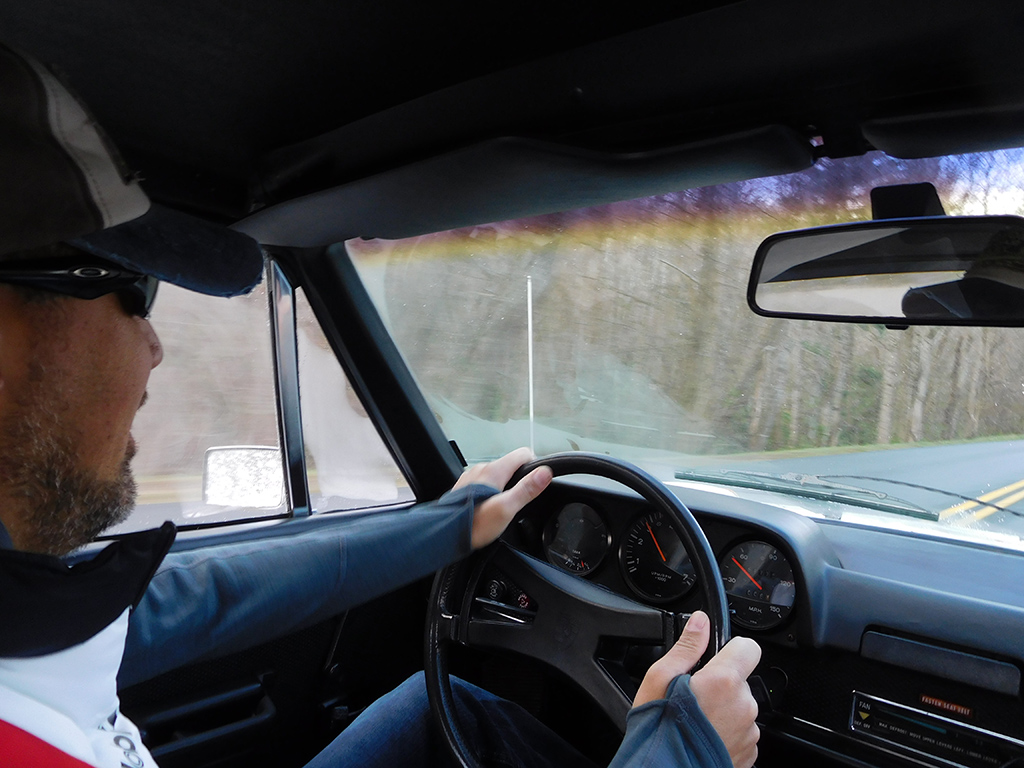 I offered to ride with David in the 914 to offer a little bit of assurance and a second set or eyes and ears for a car that has not seen a lot of miles with the new owner. 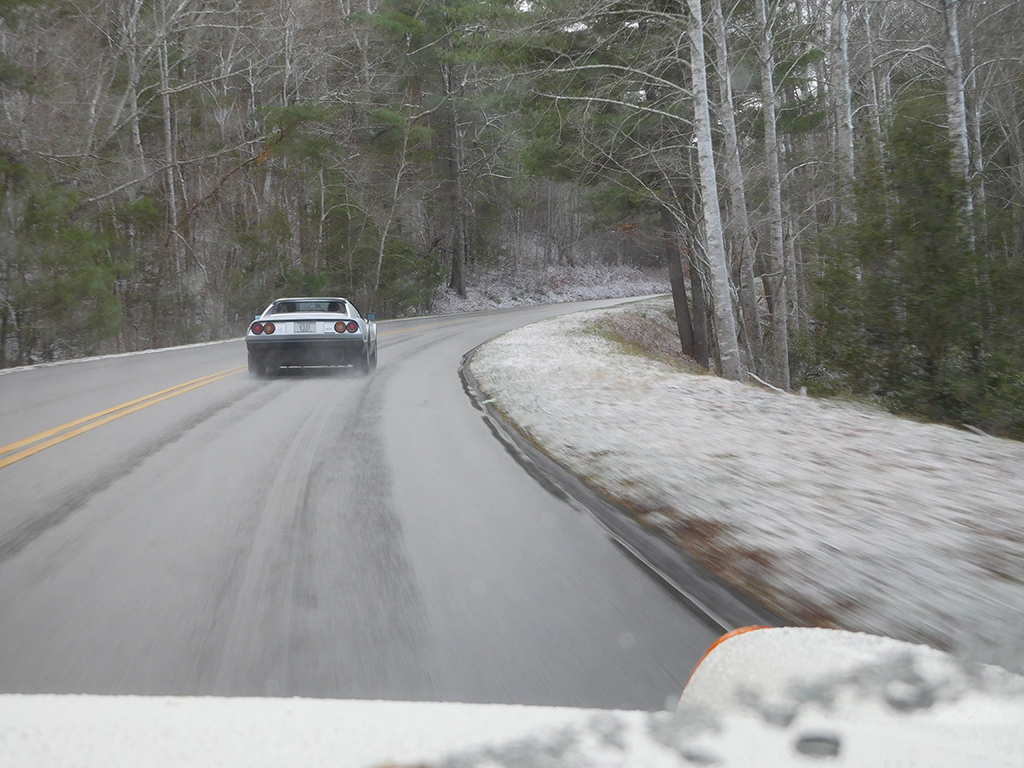 We had the Rally Master leading the way at the wheel of Brad’s 308, so if the Ferrari could make it over the mountain pass, we could certainly follow in pursuit in the other mid engine car! 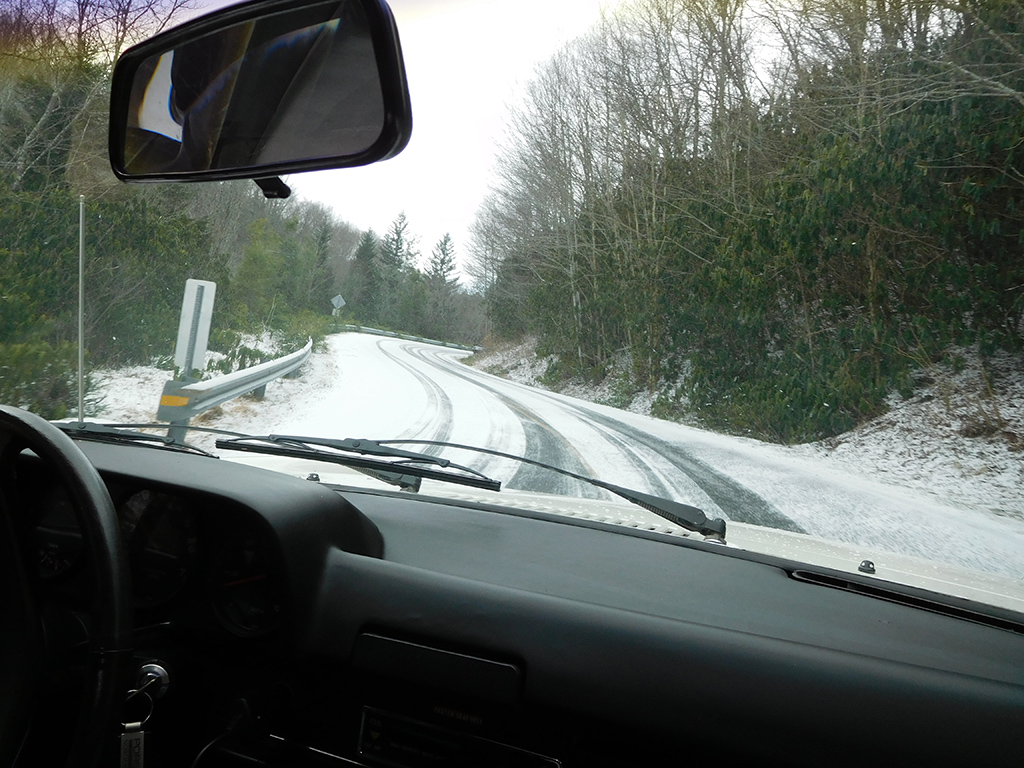 The route got more and more slippery as the snow from the previous night left about 1-2 inches of snow on the un-plowed roads. It took a deft touch and easy application of throttle to keep these cars pointed in the right direction, but even with all the care, not all of us made it through pointing forward! No damage to anything except for a bruised ego, but let’s just say David in the 914 did great! 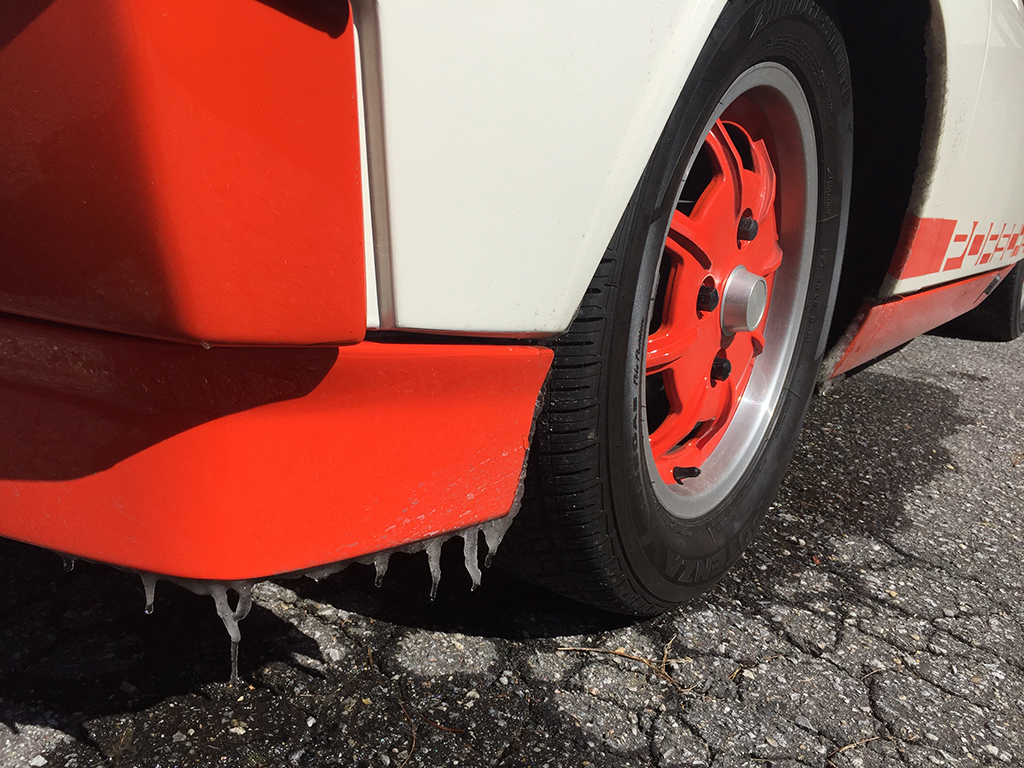 As the forecasters said, the sun came out on the other side of the mountains as we stopped for coffee. The 914 wore what was probably it’s first ever icicles on its air dam, but this was proof that we drove this car. I told David, in a couple of days after he washed his car and parked it on the lawn of the Werks’ Reunion, he’ll have the knowledge that he did something in this car that very few other had done with their Porsches, and he should be proud! 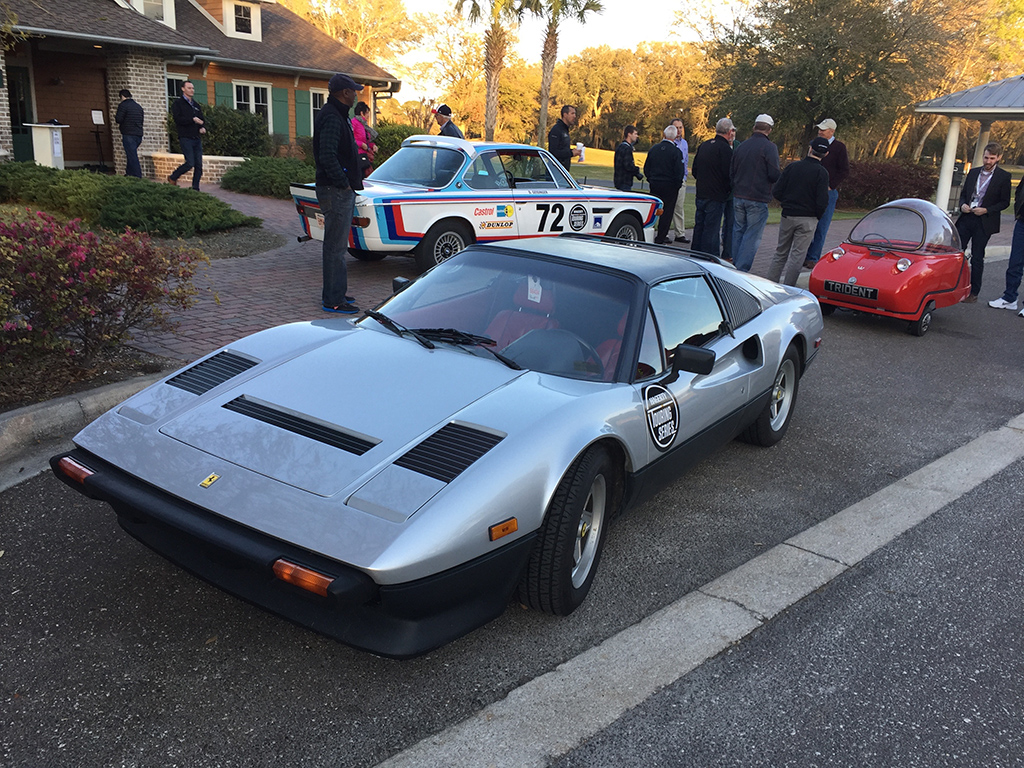 We arrived in Augusta Georgia for the final leg into Amelia Island where the roads flattened out to the coastal plains, so we raced on through the Georgia lowlands and onto North Florida. Hagerty had invited the Amelia Island or Bust group to attend a Film Festival to celebrate some of the films Hagerty had created over the past year, and it was a nice way to close out this great adventure.

I want to thank Brad Phillips for the opportunity to join Hagerty on this adventure. With only Brad as the only person I knew on this drive, I left with over 20 new friends after this trip. Classic Car Adventures really made this trip easy, and even more enjoyable when spending several days with a bunch of car people! There was no pressure to stay the whole way, and some owners joined us for whatever days they could spare, and the cost was very reasonable. $100 bucks bought you the whole way down, and Hagerty let you sign up of part of the way if you couldn’t do the whole trip. Hotels were arranged for participants to pay the Hagerty discount, and route books were provided for all entrants. I can’t wait for next year!