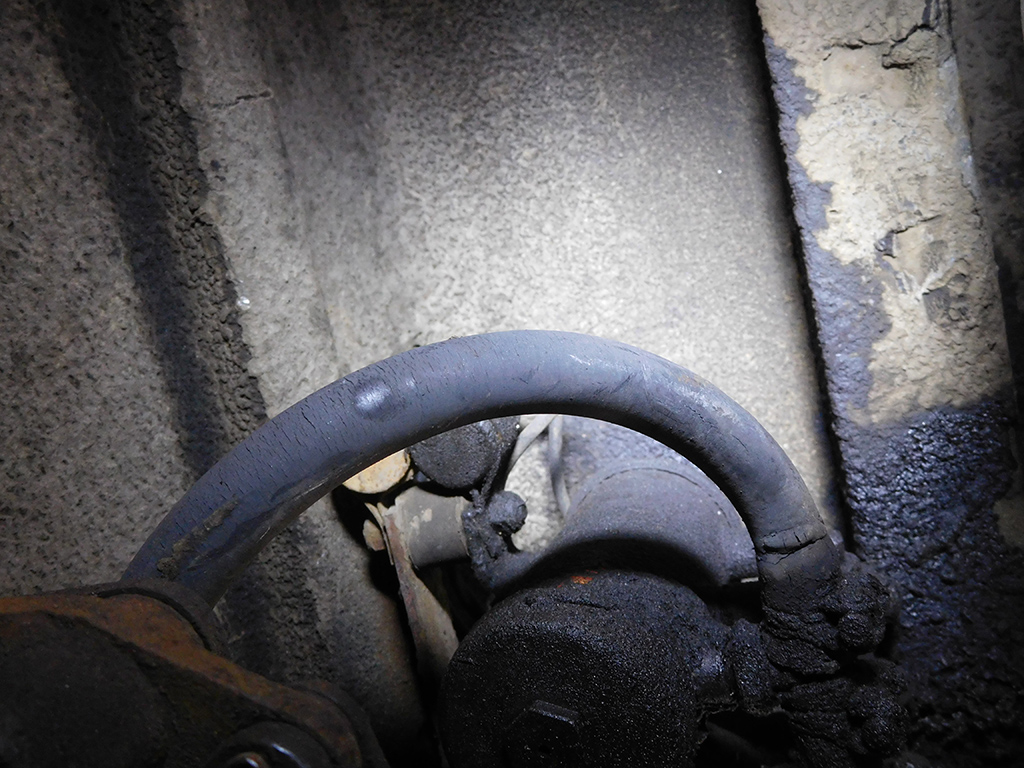 As we were re-installing the transmission on the 365GT 2+2 at the shop, we noticed the fuel lines heading out of the fuel pump were not looking too good. They were getting cracked and dry rotted, so it was well past time to change them out. 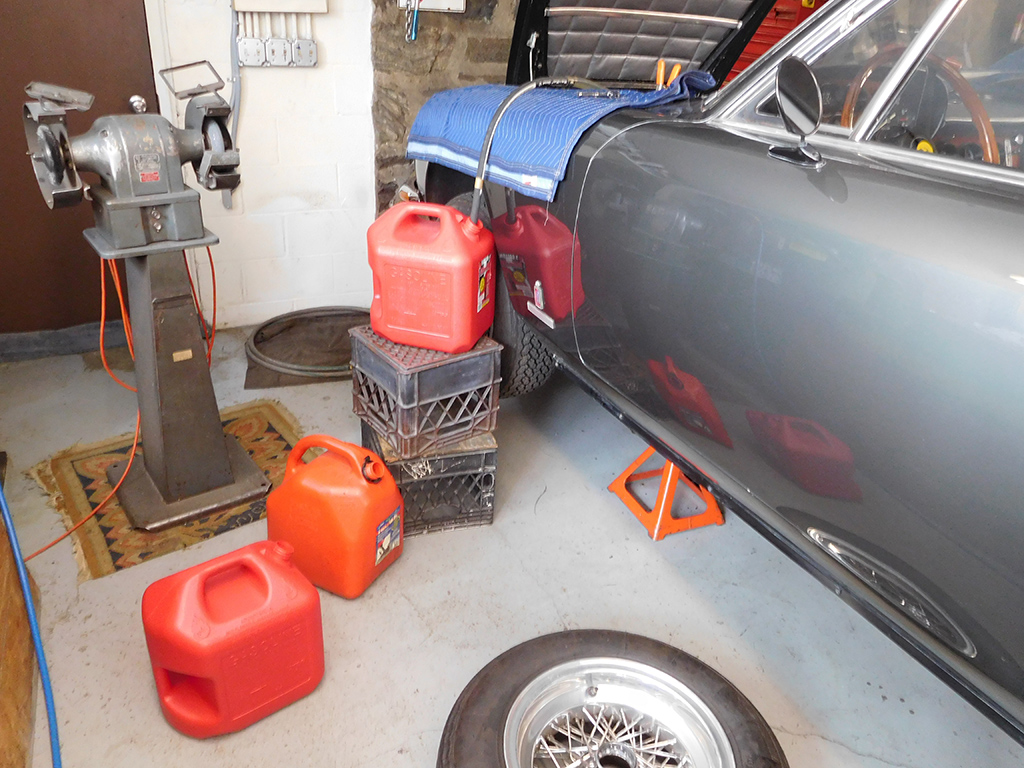 It seems whenever I work on fuel systems and the tank has to be drained, there’s always a full tank of fuel! This was no different on this Queen. We decided to drain the fuel via the front fuel line instead of splashing about at the rear drain plug! 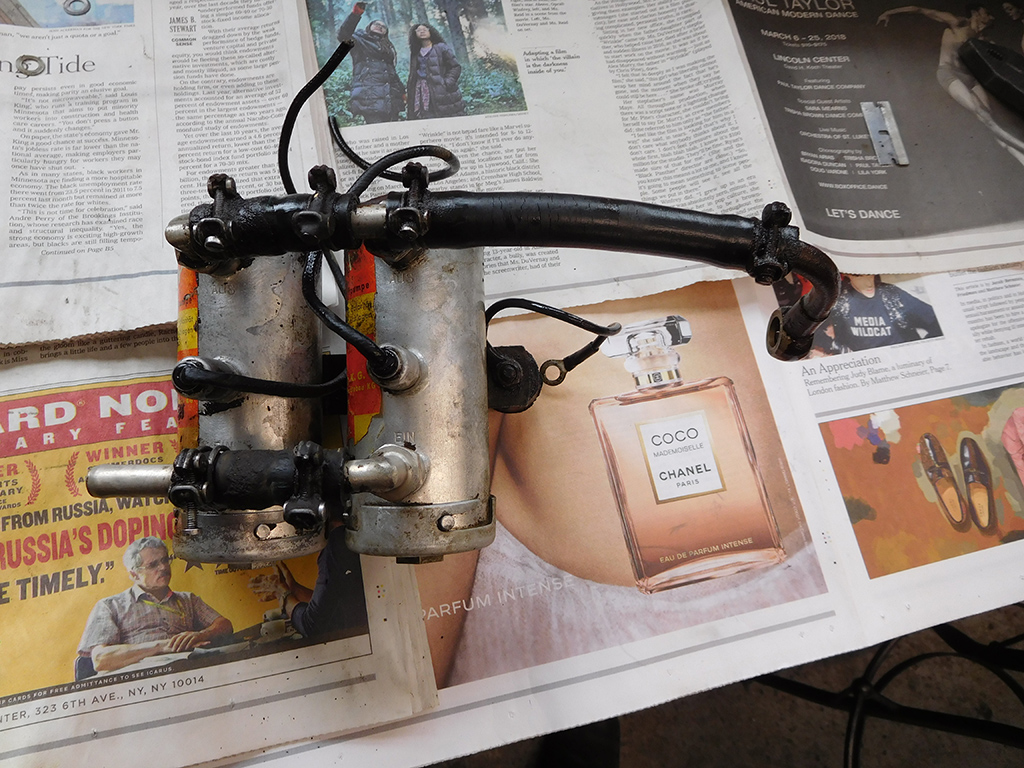 I first cleaned up all the dirt and grease that accumulated on the fuel pumps before pulling off the lines. The pumps were working fine, but they’ll run a little cooler without all that insulating debris packed on their bodies. 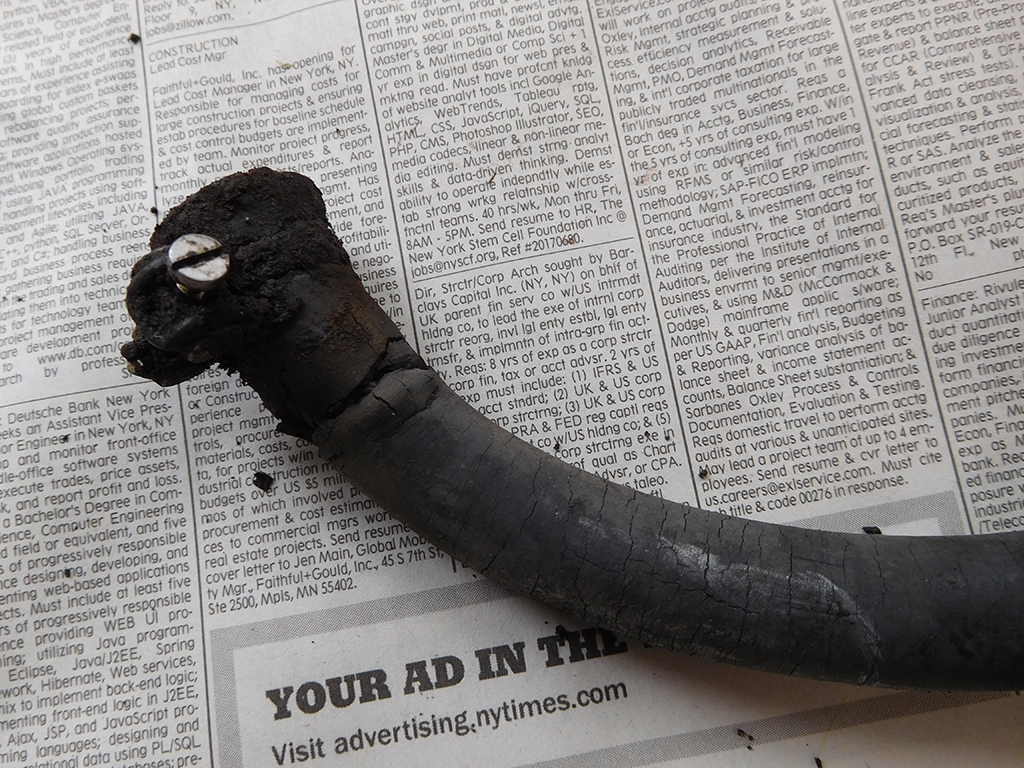 The fuel lines were still holding fuel, but they were definitely deteriorating. 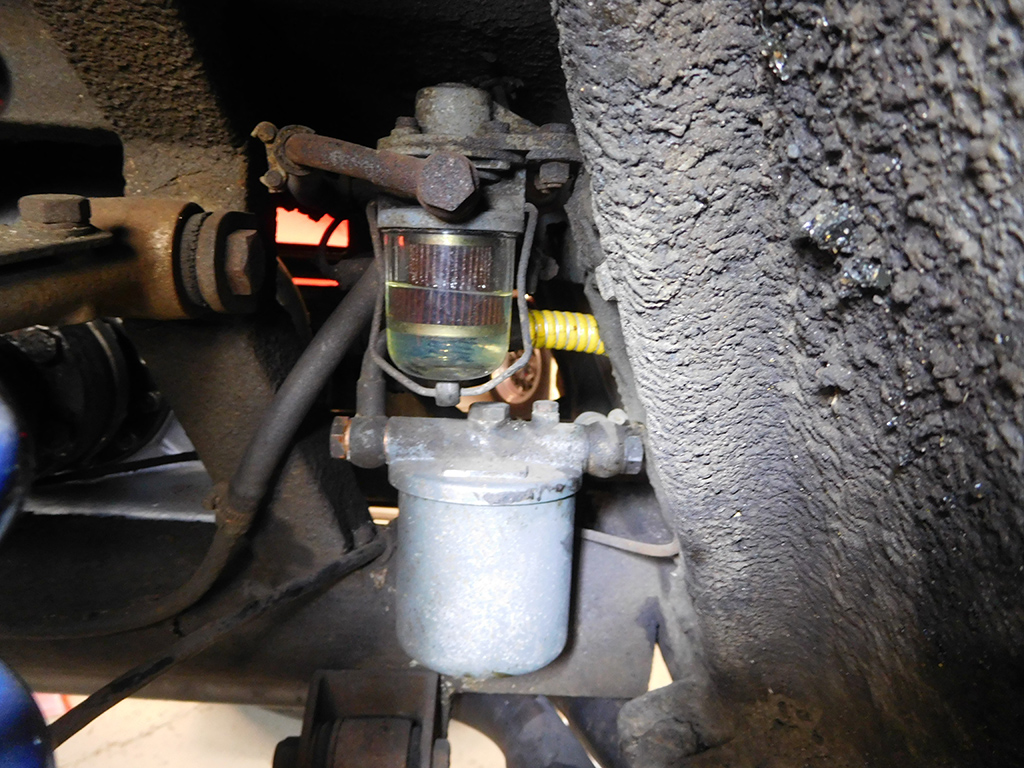 With everything drained, now was the time to replace all the filters and soft fuel lines. 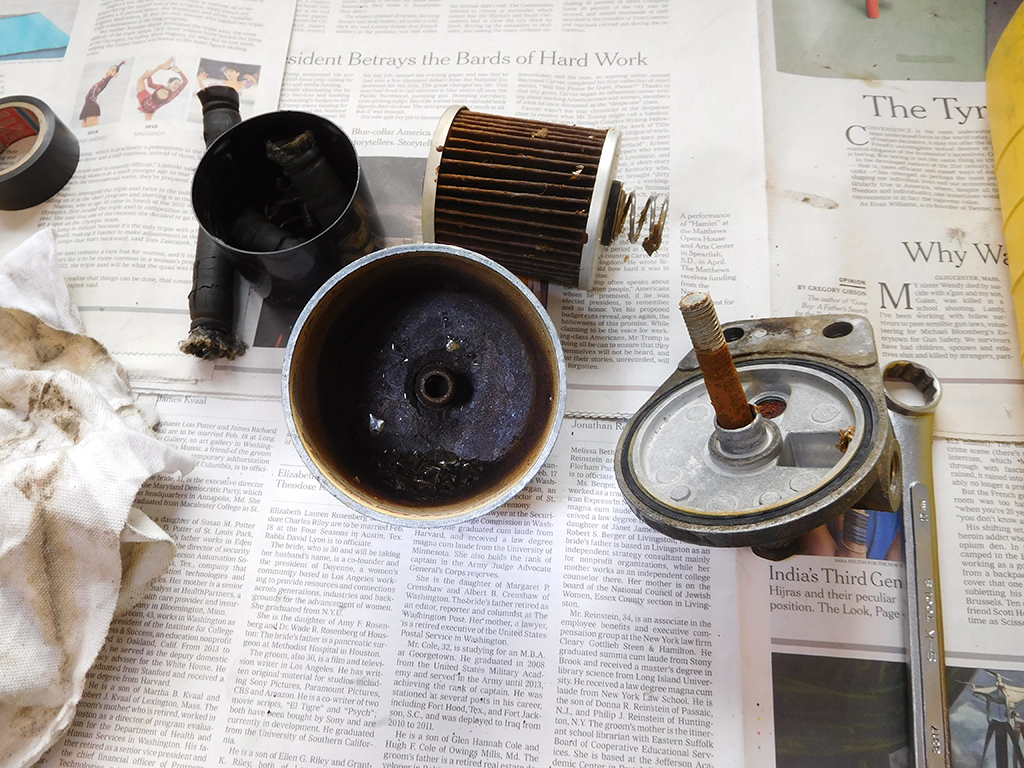 The large fuel filter was well overdue for a change. 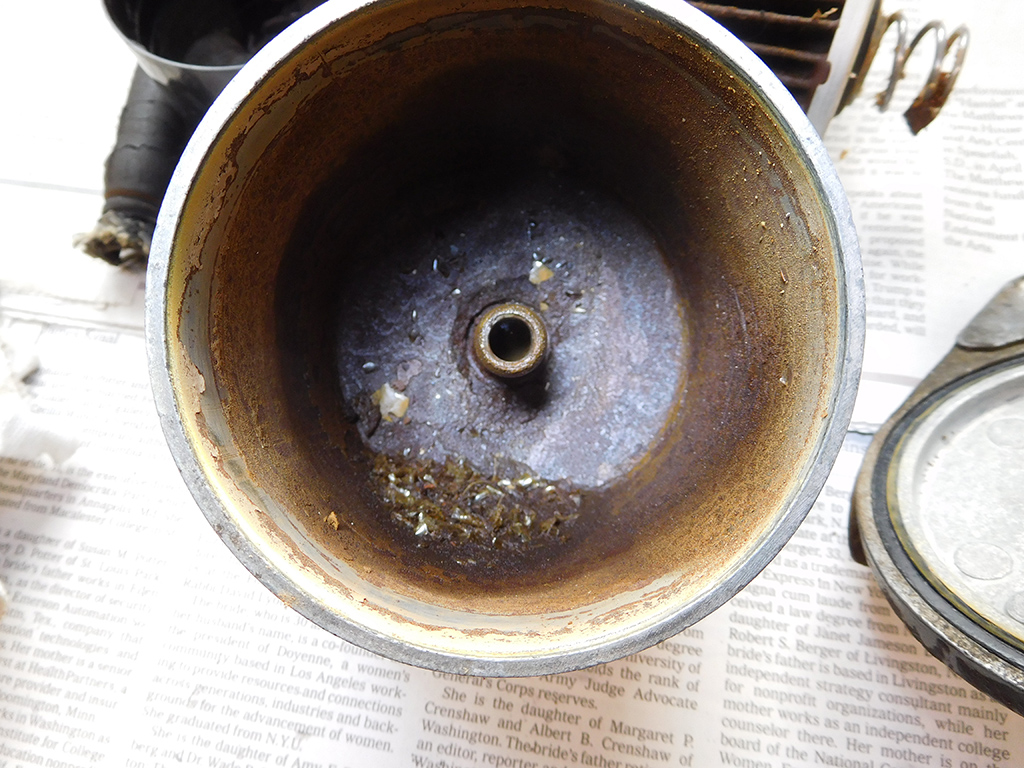 It was good to see the filter was doing its job keeping all this debris out of the carburetors! 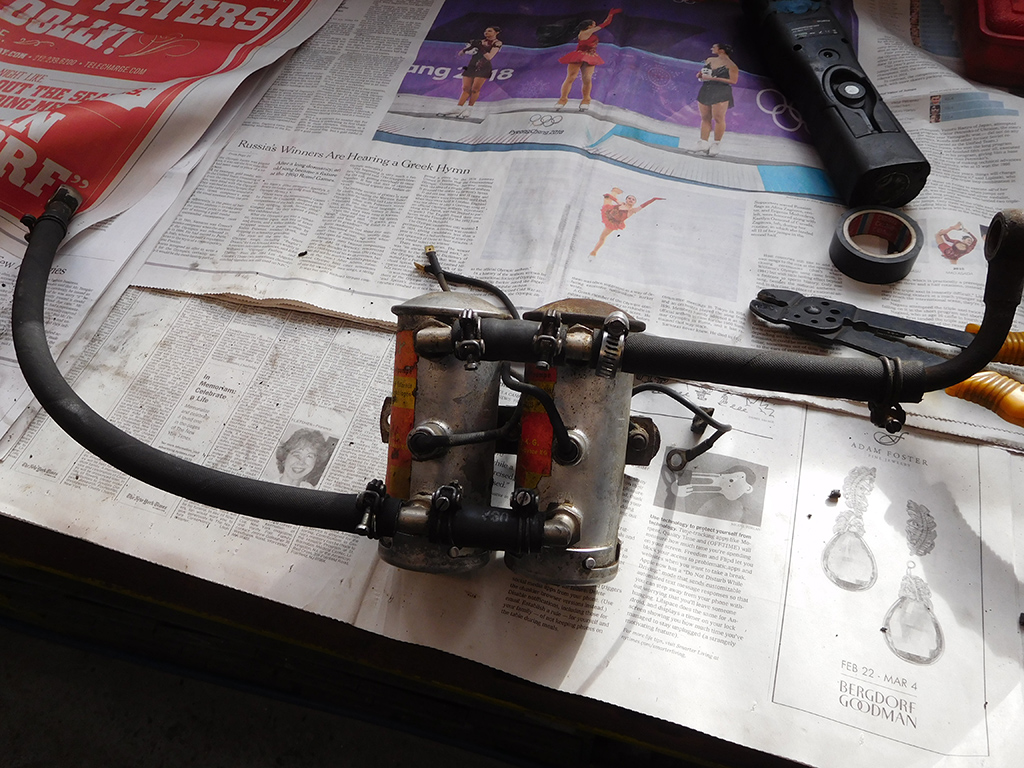 New hoses were installed and I managed to save all but one original hose clamp. This is not a show car, but the old ones were in good shape after a good cleaning, and it’s nice to keep the original equipment on the car for future owners.