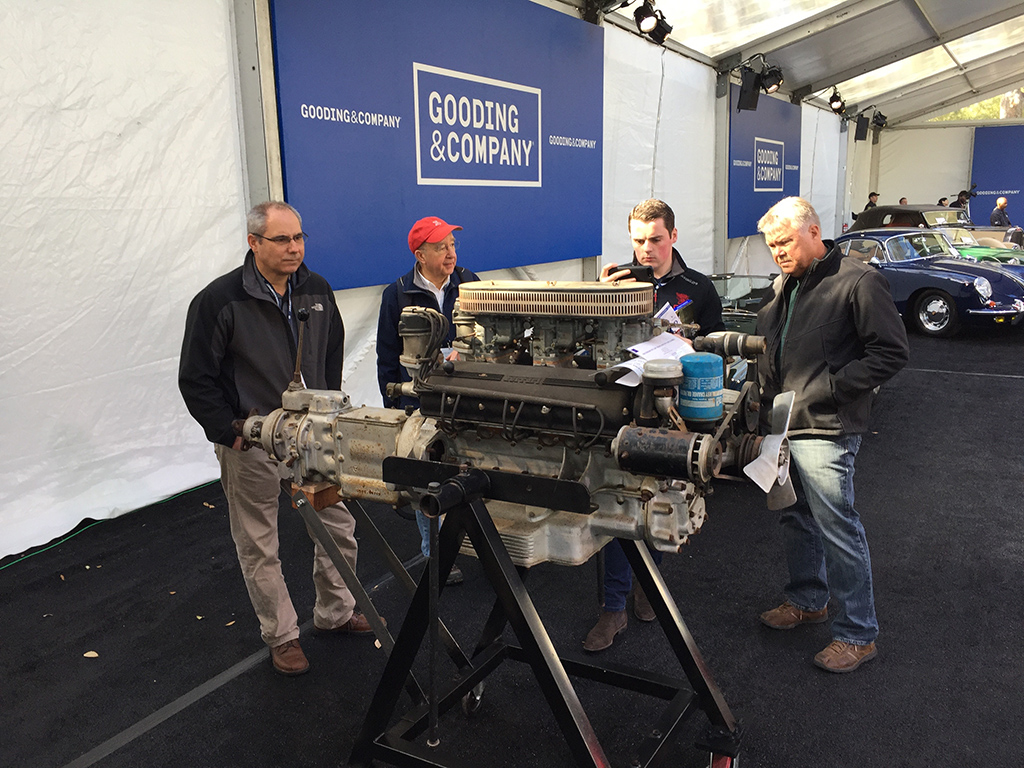 After arriving at Amelia Island from my Hagerty Drive, I hit the Auctions to preview the cars. I was especially interested in the 250GTE engine up for sale at the Gooding Auction. It was a complete engine and transmission out of the car that is now in a replica of some sort. I wasn’t the only one interested in this lot as I found the guys from Motion Products inspecting it as well! It ended up selling for $120K plus commission, which may seem like a lot of money, but in my world, bought right. 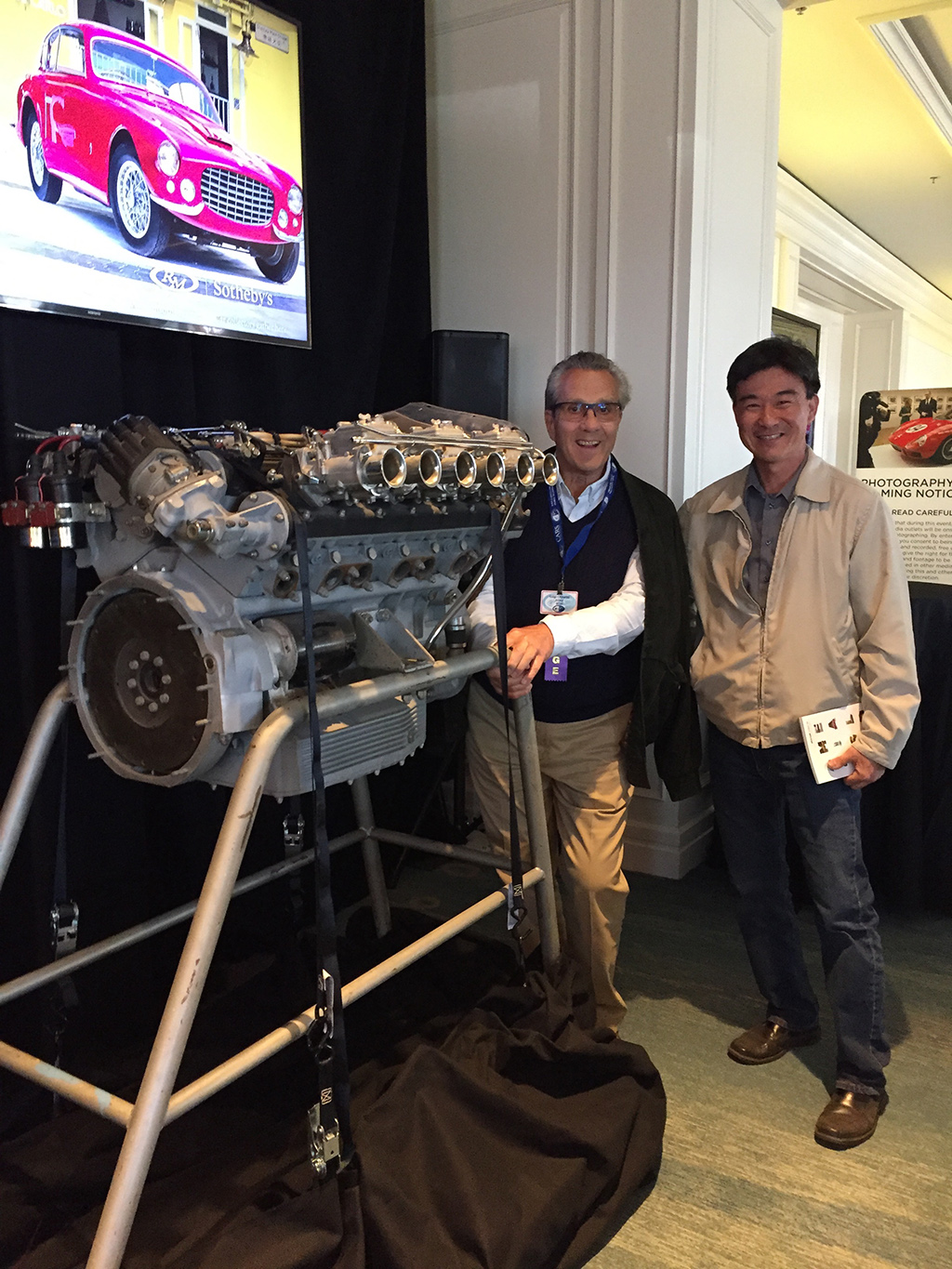 I found if your prowl around Ferrari engines for sale, like this one out of a 365GTC/4  RM had for sale, you’re bound to see people you know. Luigi Chinetti Jr. and I poked around this one and caught up on news in our worlds. Francois has known Chinetti for over 50 years, and our friendship is catching up in time! 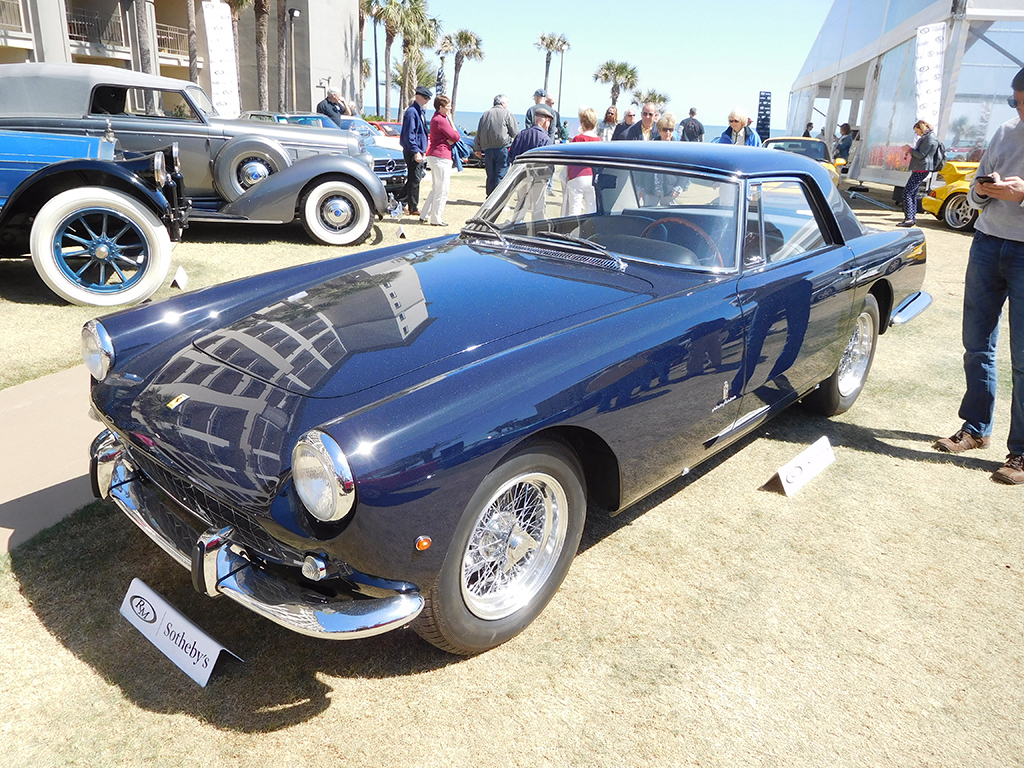 The RM auction had this very nice 250 PF Coupe for sale, and although I didn’t have a bidder interested in this car, I was very interested in the auction result of this sale. My clients are always watching these auctions to price cars they want to buy or sell. Personally inspecting these cars during the previews allows me to get a better idea of condition than an auction description. I learned a lot about this car just listening to my colleagues  looking at the same car. The back story might not end up in an auction catalog, but often more fascinating! 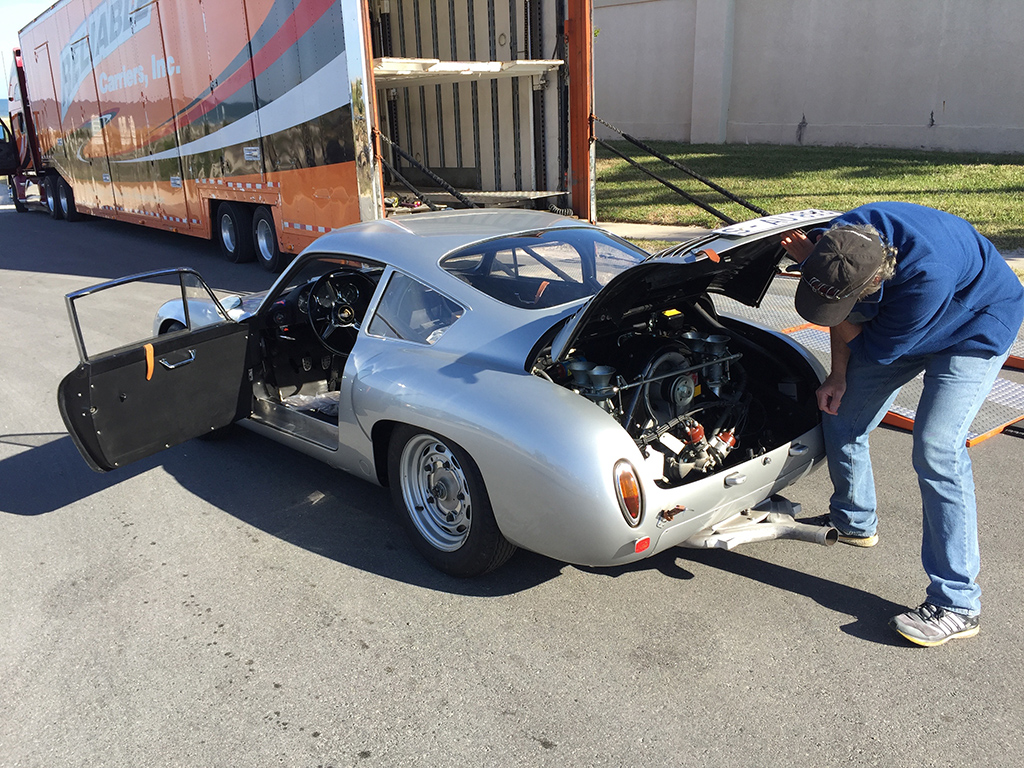 Friday was a busy day because The Amelia Island Concours rescheduled their Sunday show for Saturday for the second year in a row because a forecast of rain for Sunday. I ran into my friend Steve preparing to move two cars onto the show field Friday afternoon, and I offered to help.

Steve owns a nice collection of cars out in California, and also helps out with an impressive collection of cars for friends of his. As the two cars were unloaded, Steve gave me a choice of which one I wanted to drive onto the show field to save him a walk back to the transporter. 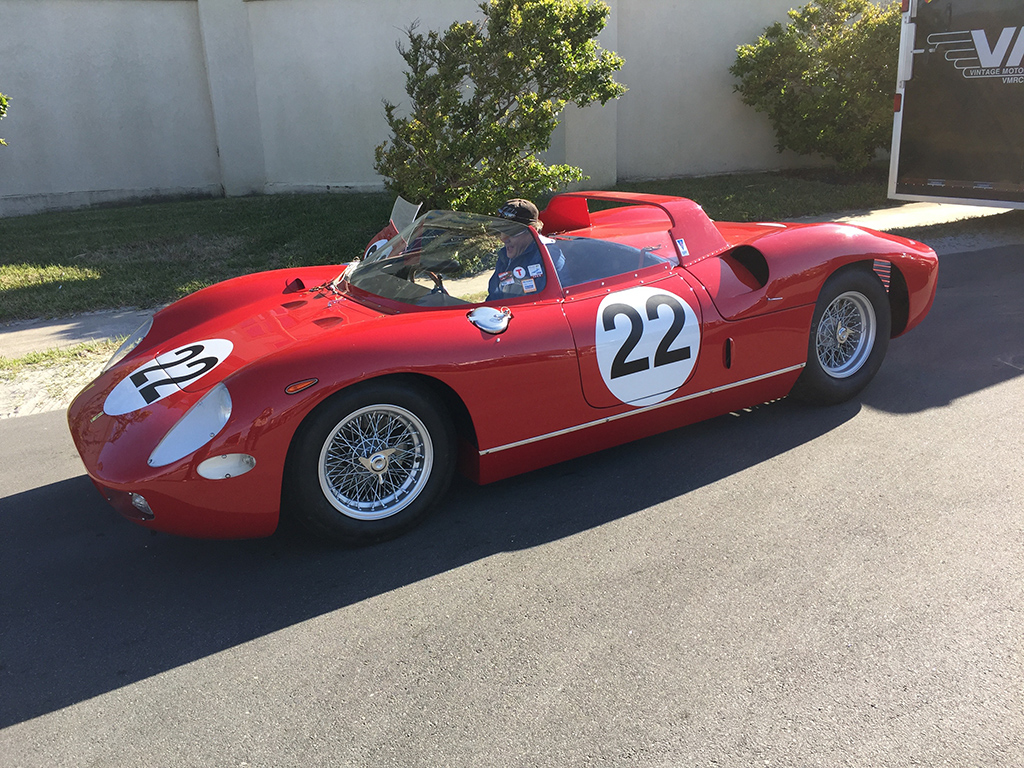 Now, as a Ferrari guy, you would think I would have picked the 275P, but I chose to drive a Abarth Carrera! Here were my thoughts: The Prototype Ferrari is a race car set up with a competition clutch, and probably with a cooling system that wasn’t set up for idling in line to get onto a show field. In this roadster configuration, everyone would see me pulling up in this car, and if I made any mistakes driving the car, like stalling it, everyone in the Ferrari community, especially my peers at the NART parking area on the show field! The Porsche is air cooled, and can probably idle all day and not overheat. I knew all about the four cam engine and it’s need for oil pressure at idle, but this one had shell bearings. (I know a lot of tech talk, but I can’t help it) Trust me, the Porsche was going to be a lot easier to drive and place on field. 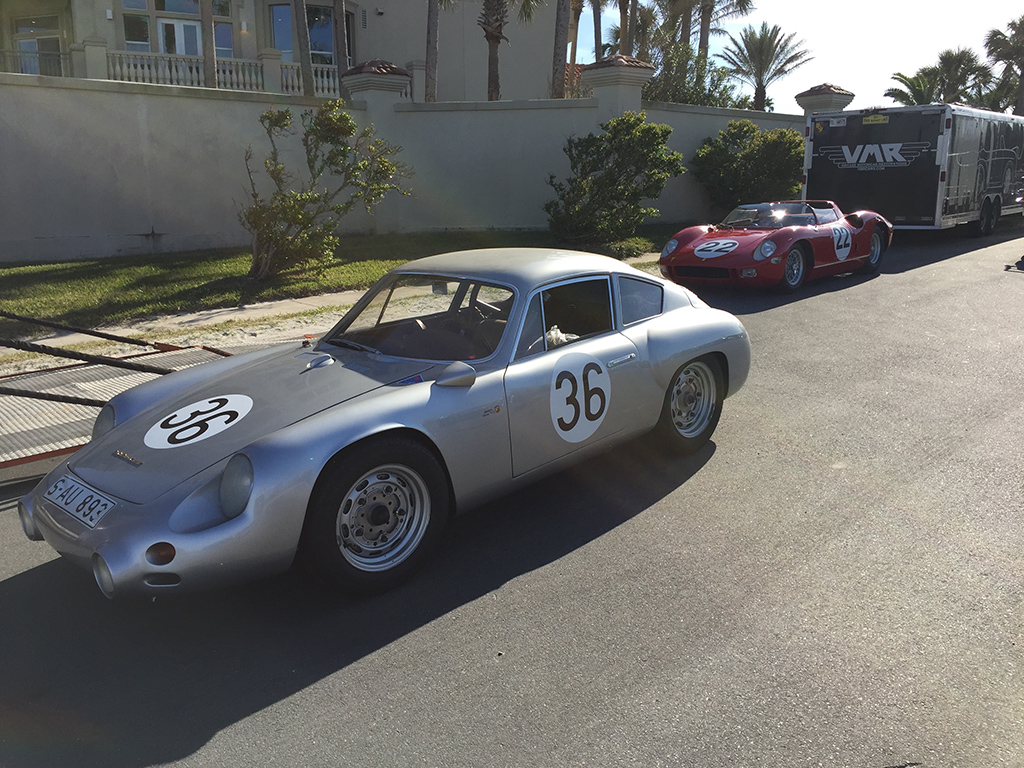 I let Steve pilot the Ferrari, and jumped in the Abarth. This car was no slouch, as it was driven by Dan Gurney, so it was an honor to hold the same steering wheel as this legendary driver!

Even though this was also a race car, it was far more docile to drive than the Ferrari, and I couldn’t think of making a better entrance onto the Amelia Island Concours Show field! Thanks Steve and Joe the the pleasure of driving a rare and significant car. 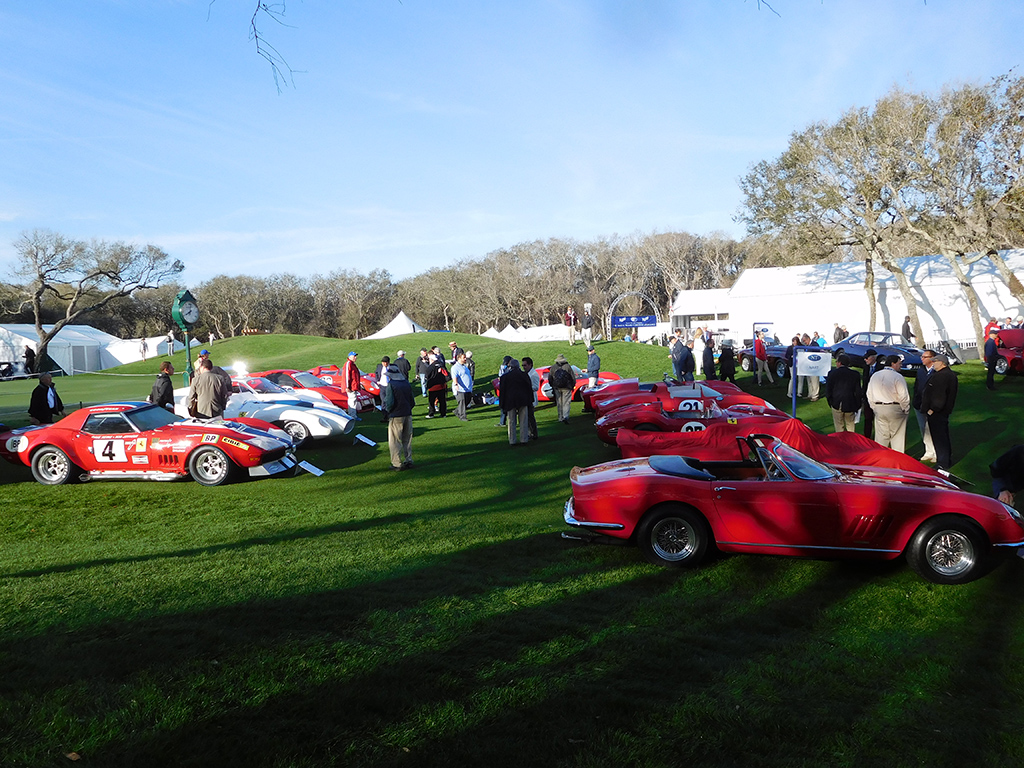 The Concours had something for everyone, and a very impressive collection of NART Ferrari race cars and street cars.

There was also a collection of Big Daddy Roth creations on the other side of the show field as a contrast! 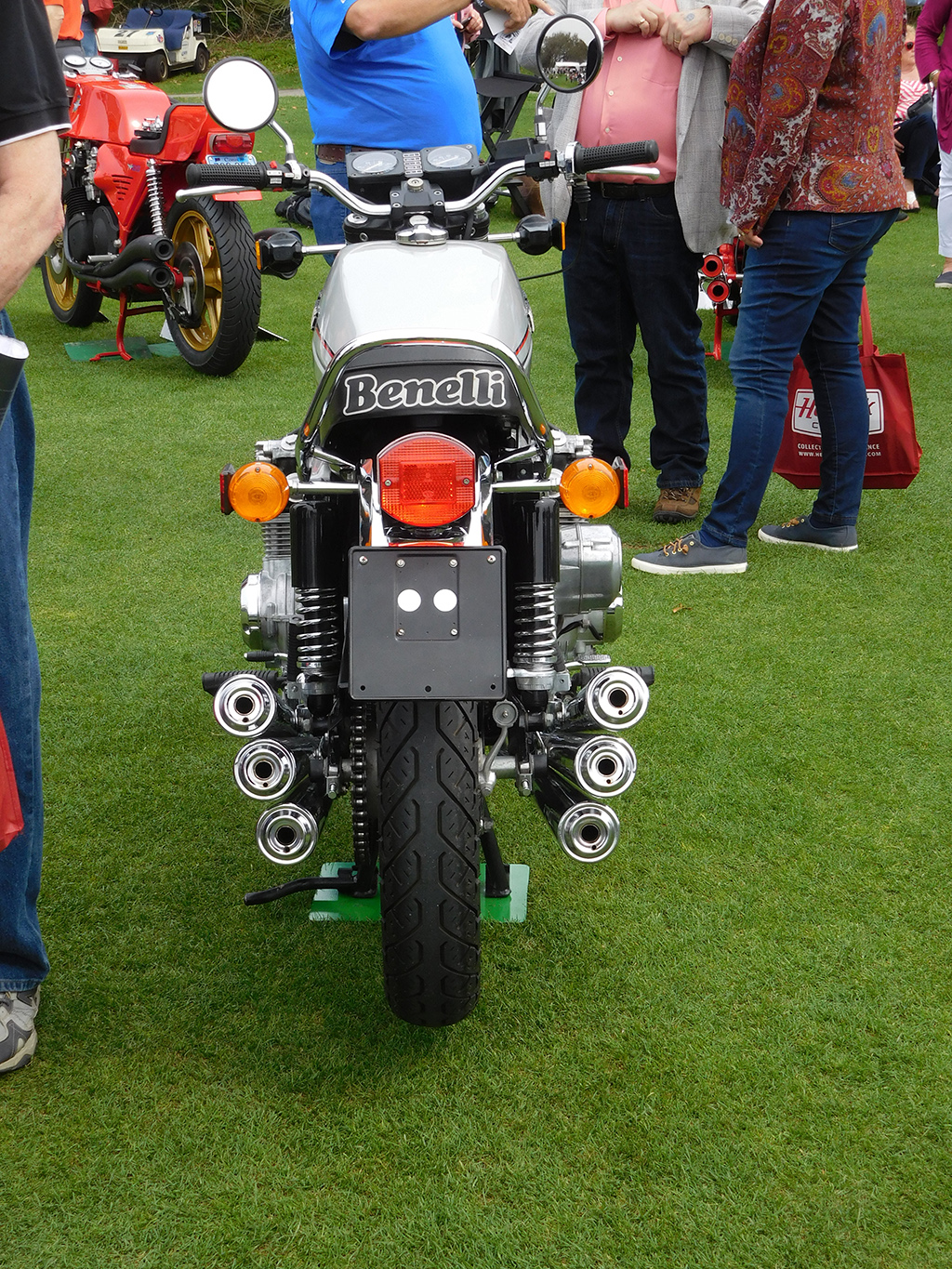 I may not know a lot about motorcycles, but I can certainly appreciate some neat machinery! 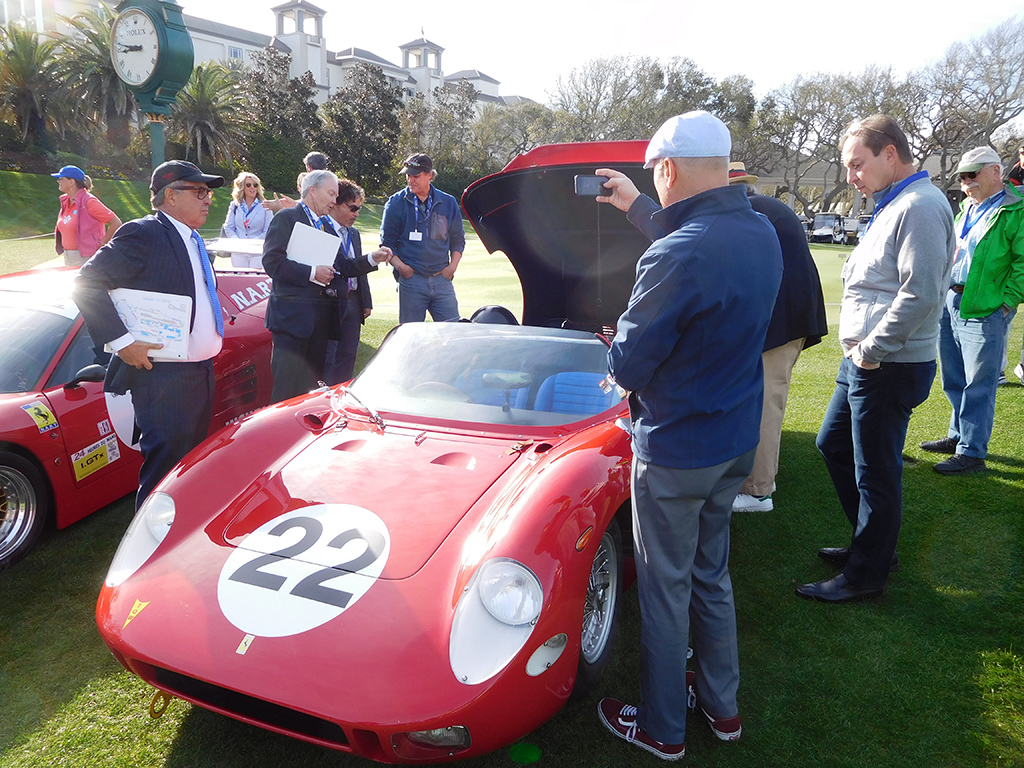 I may not have driven Joe’s car onto the show field, but I was rooting for him and Steve on this car when the judges came by to see it. At this show, the criteria is different than Pebble Beach or the National Ferrari shows. Rules for this show is described as “French Judging” which is as vague as whenever the French have historically been left to make up the rules! Don’t get me wrong, the cars are still judged on their merits, but how they come to the conclusion of the winners is left to a lot of interpretation. 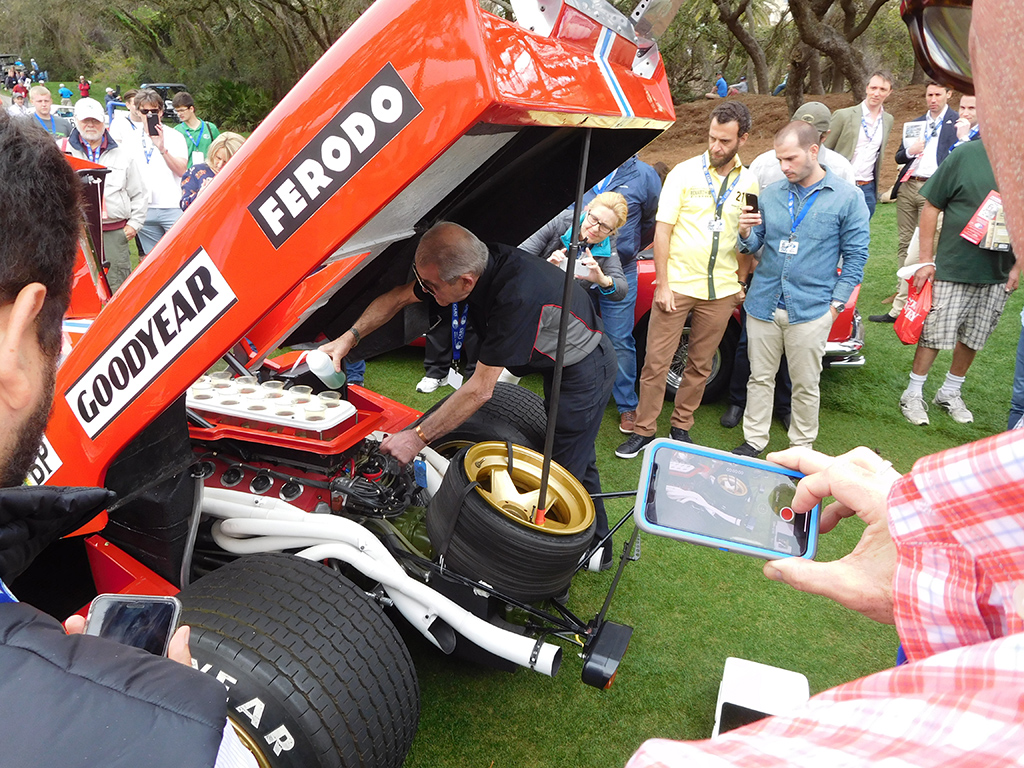 My Boss, Francois, was also there with a client’s 512M. It was having some carb problems, so when they were asked to start the car to drive up to the podium, Francois was left to the task of starting this cantankerous car in front of an audience. It took a few tries, but she fired up and raced up to the reviewing stand. 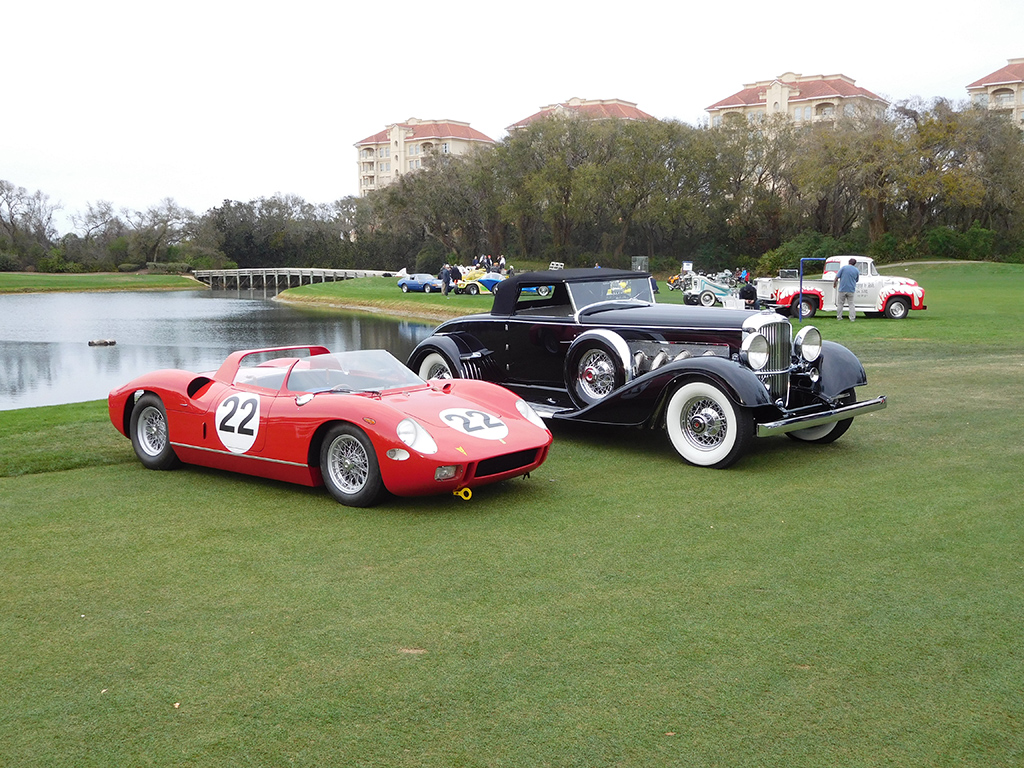 Joe ended up winning Best of Show with his 250/275P in the competition class, sharing the Podium with this Duesenburg. Congratulations guys! (I guess I missed my chance to drive the show winner. )