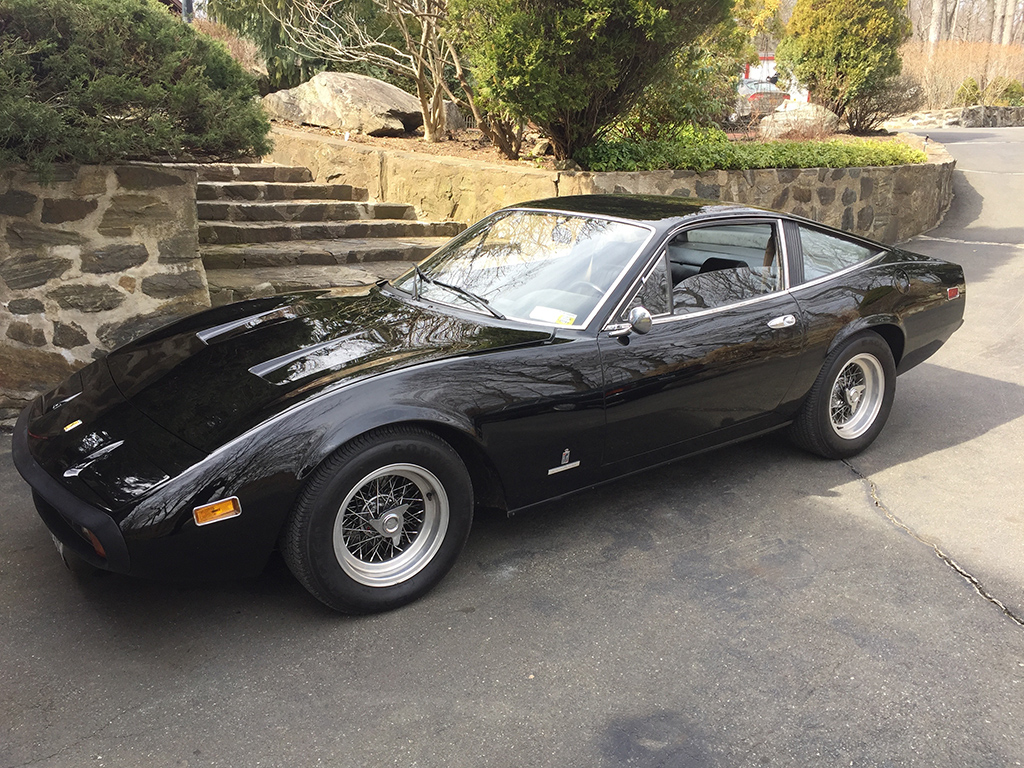 I road tested the 365GTC/4 before I left for Amelia Island just before we received several inches of snow! The car is running great, and I think we fixed all the issues the customer had with the car, and fixed some other things we found during the service. 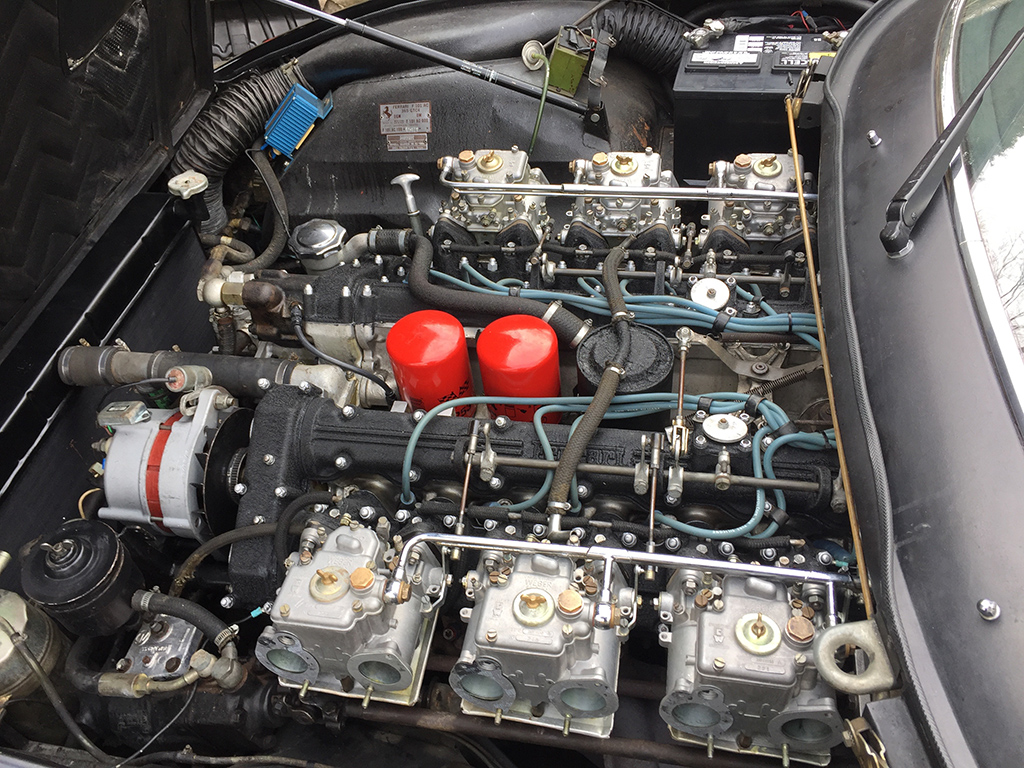 The throttle response is much better, and the car pulls strongly. We did most of the tuning without the air cleaners on so we could have better access to the carbs, but now at we’re happy, it was time to put on the air cleaners for the final tuning. 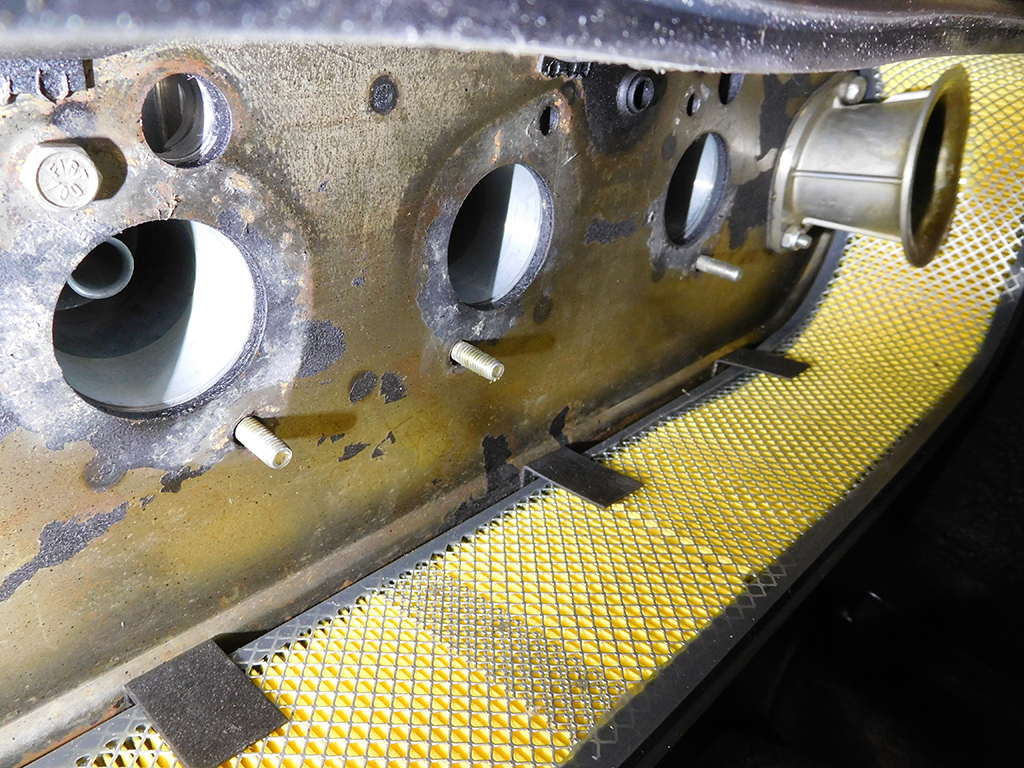 The C/4 air box is a really bear to install because of the clearance to the fenders. The side draft carburetors leave so little room, there is no room to even take the air filter elements out without destroying them! When installing new ones, the only way to keep from smashing them is to put them inside the air box BEFORE you put on the air box! After that, the air horns have to be individually installed with nuts and bolts. 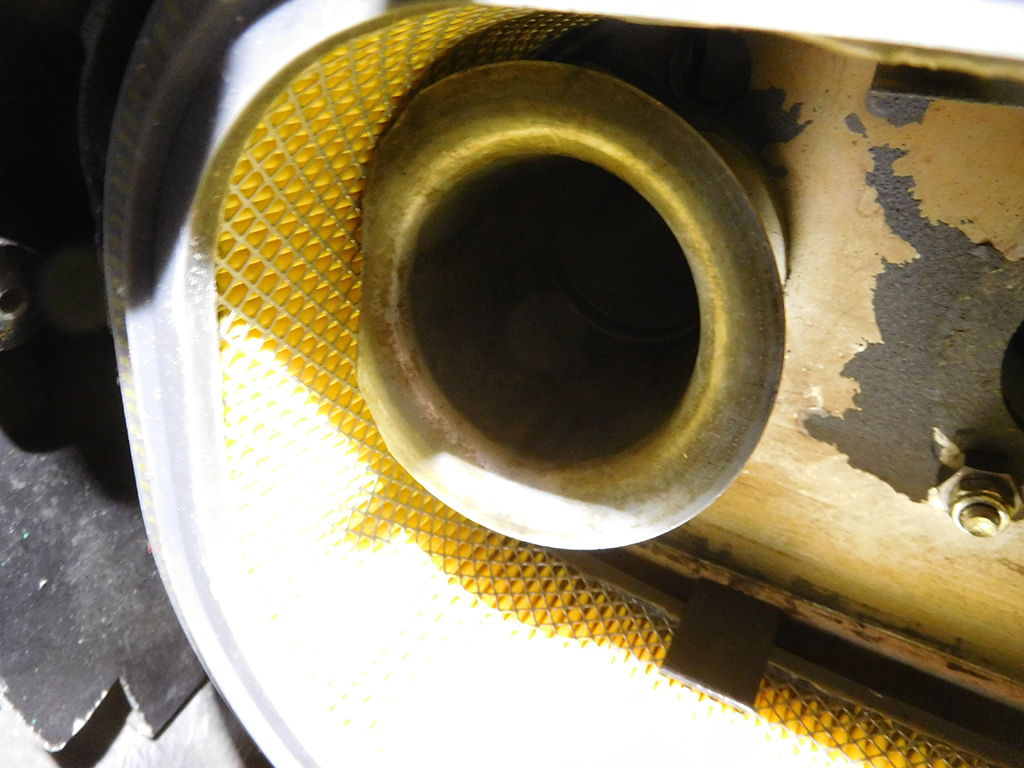 There are two specific horns with cut outs that go at the rear most carburetor to clear the filter element.

The way this air filter assembly is assembled, it leads me to believe Ferrari must have installed these engines with the air boxes already installed. The speed of inserting a fully assembled Ferrari engine during the manufacture of a car was certainly efficient in the beginning, but there was no consideration for how a mechanic was going to do something as simple as an air filter change in the future. These are possible clues to how the Factory changed their manufacturing processes when FIAT took over the road car division for Ferrari. When Francois worked at the Factory in the 60s, the mechanics were in close contact with the engineers designing the cars. If the mechanics experienced a problem with how a car was serviced due to a design flaw, the designers and engineers felt their wrath. As the company was absorbed by a larger corporate structure, I believe some of this communication failed. We still see this today in many manufacturers, and it’s up to good management and communication to minimize this problem. I’m sure mechanics all over the world have similar problems to tell!