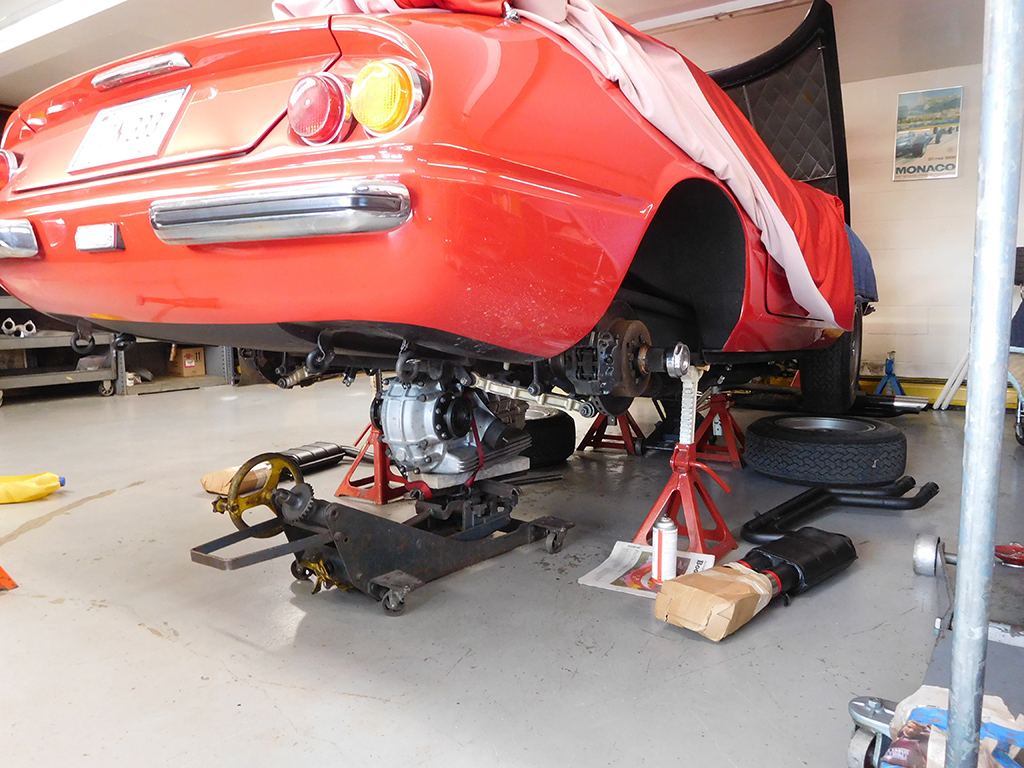 A customer dropped off his Daytona at our shop to address a noise we heard from the torque tube support bearing. Access to this part requires the removal of the transaxle. 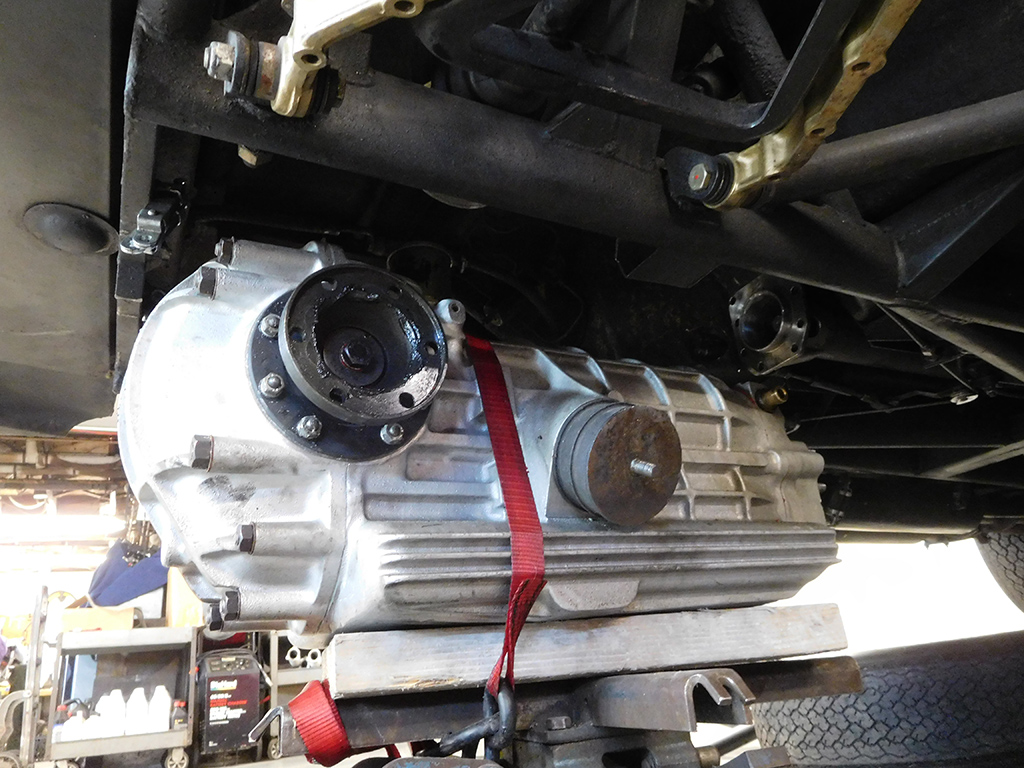 I don’t know if it’s from the nature of a hand built car, but some Daytonas allow their transmissions to come out easily, while others fight you all the way out and back in. On a scale from 1-10 with 10 being the most difficult, I would rate this car at a 6 which wasn’t that bad! 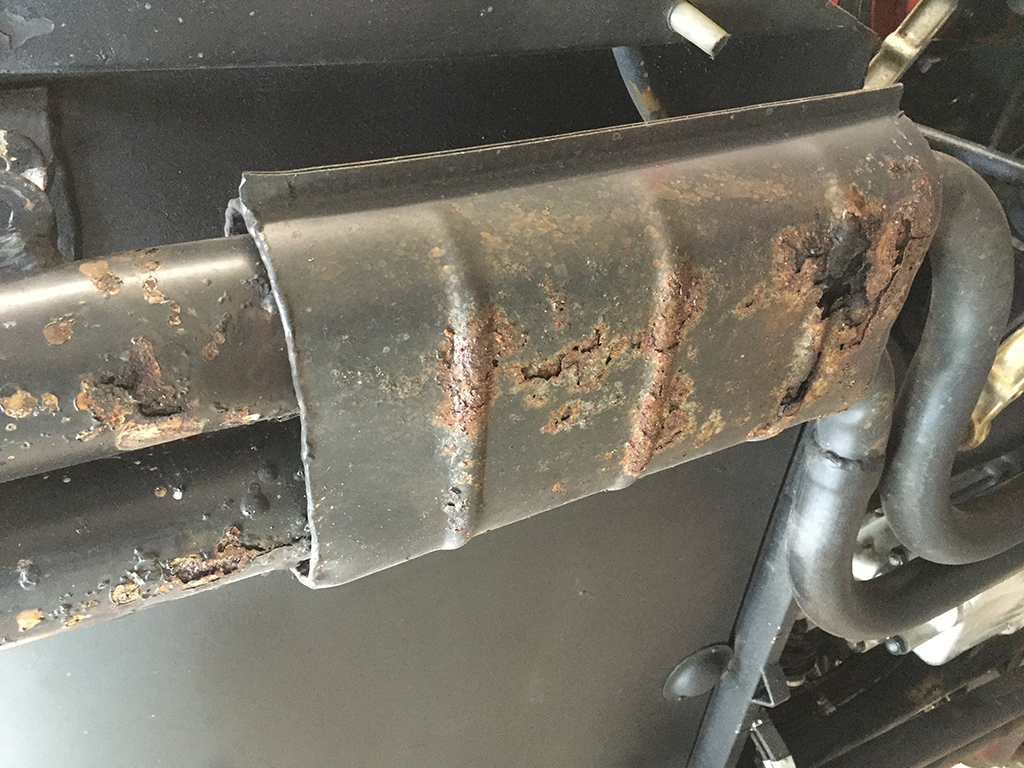 Before the transmission could come out, the rear section of the exhaust had to be moved out of the way, but from the amount of rust blooming out of the rear muffler, it was probably a good time to replace it! Some of these systems really don’t seem to last, and rot out from the inside out. 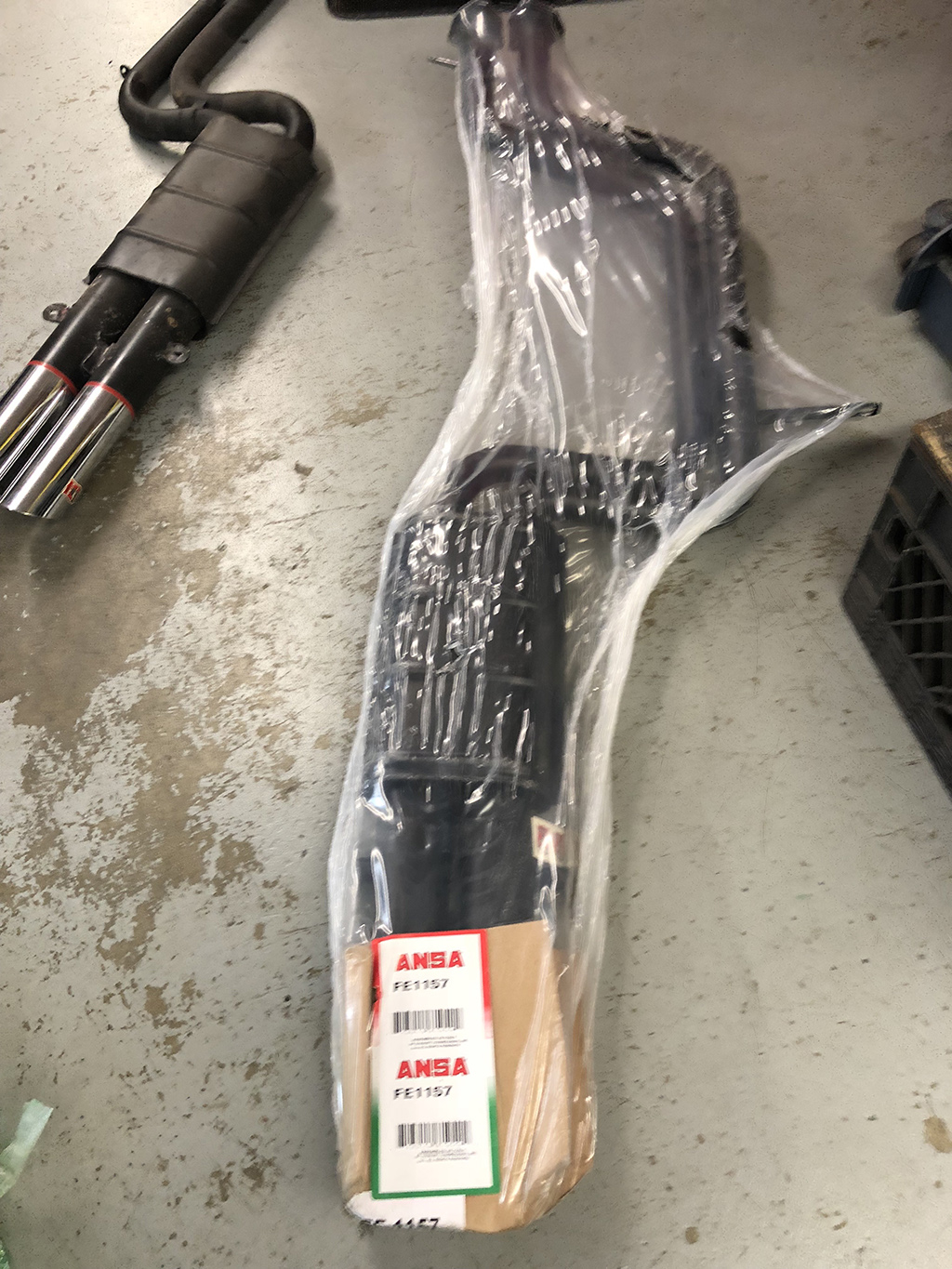 New ANSA exhausts are available for the Daytona, and were dropped shipped to us at the shop. 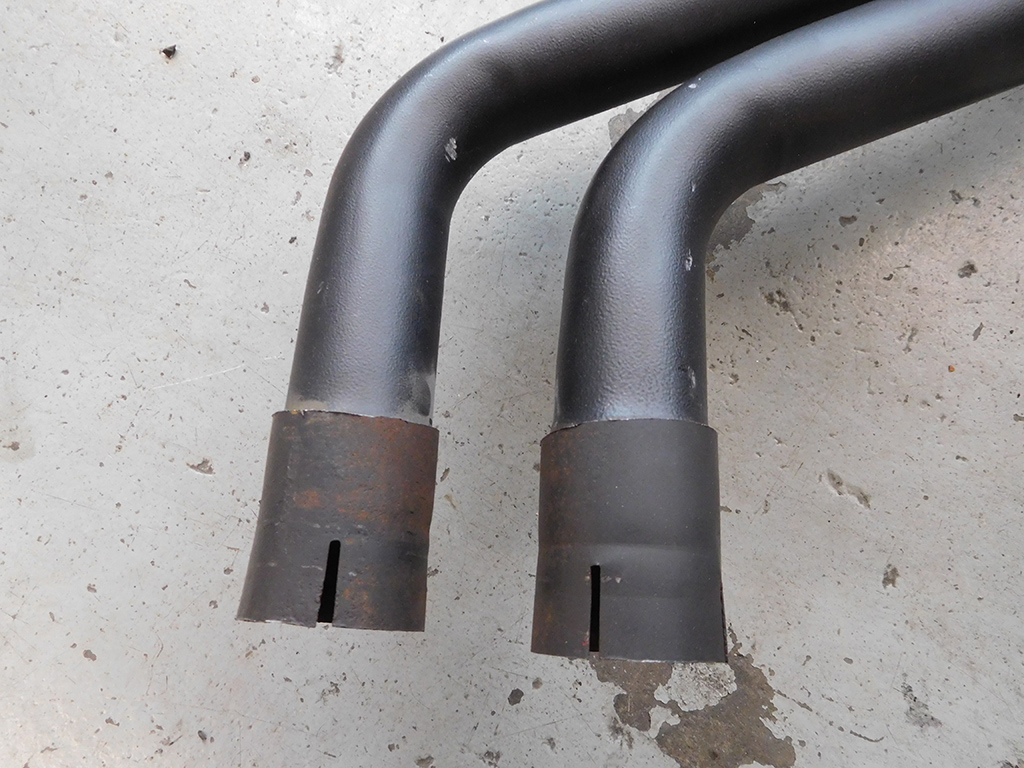 The system mounted on this particular car was mix of European and US spec exhausts. The difference was in the way they were mounted and connected. European systems had slip fit connections and old style hangers, while the US spec systems had flanges and rubber doughnuts for hangers. I had to modify and weld the appropriate hangers and flanges to make the front half fit with the rear half. 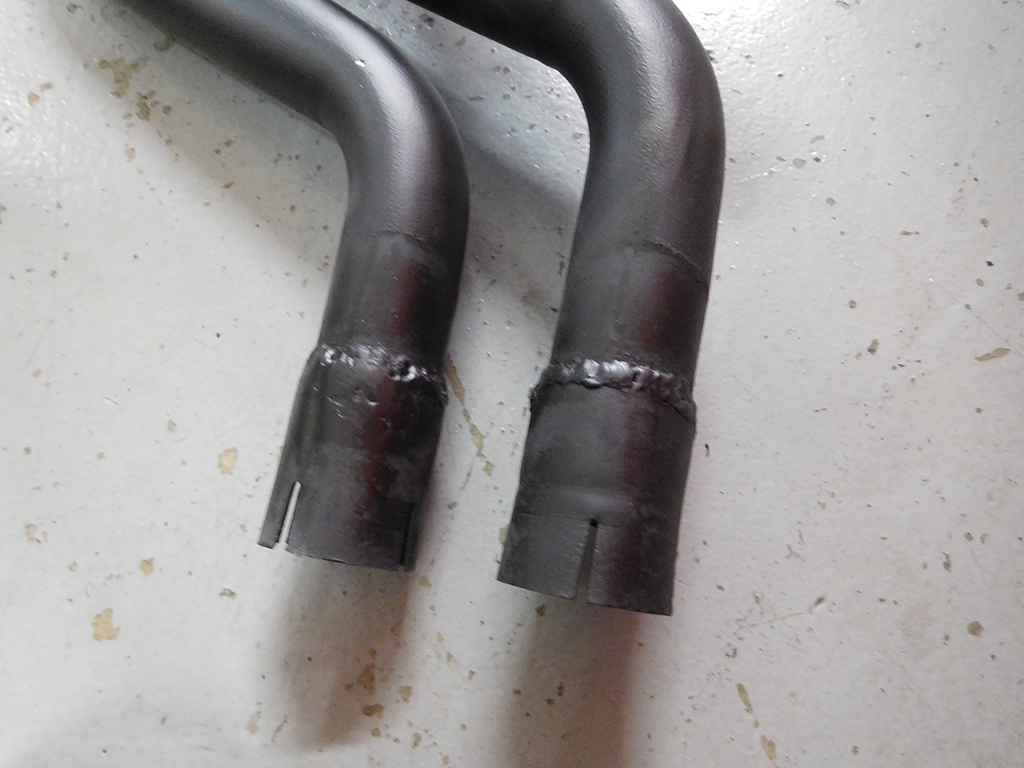 Since the slip fit connections were not rotted, I cut them off to fit the new exhaust. I had Francois gas weld the flanges to create a leak free connection. 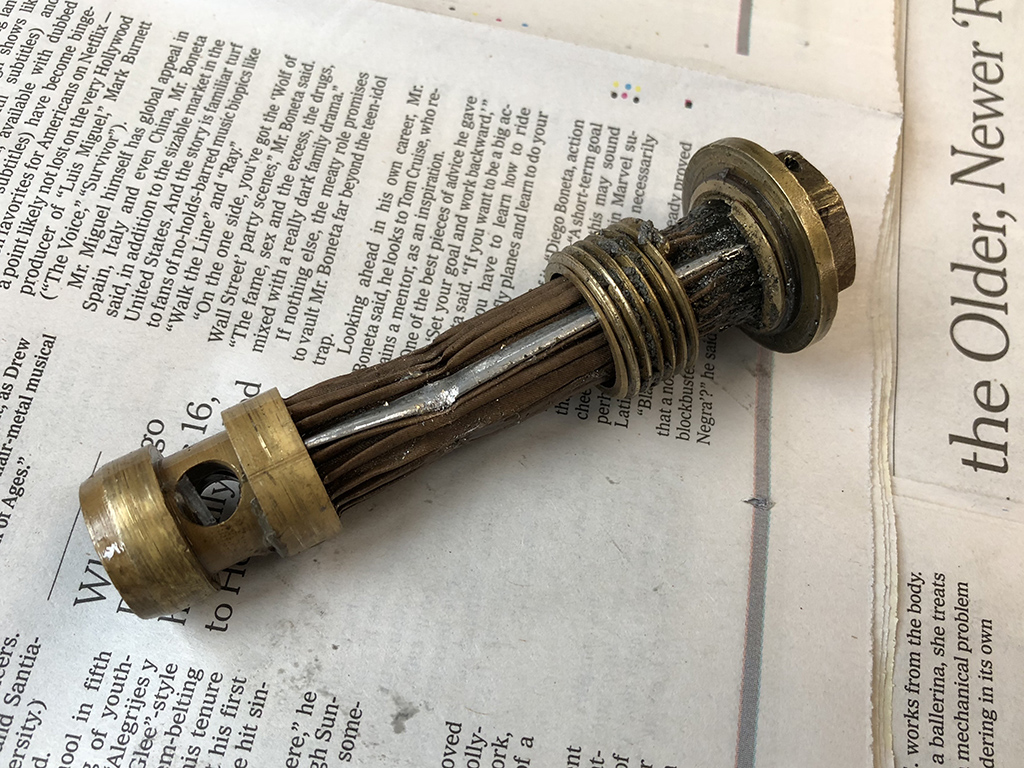 We managed to slowly tap the threads out with small chisel and removed the broken off threaded piece. The drain plug/filter assembly is evidently available, and headed our way in the mail. As much as this failure put a stop to completing the job on the Daytona, I’m kind of glad it happened now while it was at the shop. If this drain plug broke off while the car was driving, it could have dumped all its gear oil on the street, and maybe seized the transmission. Better now, than later.