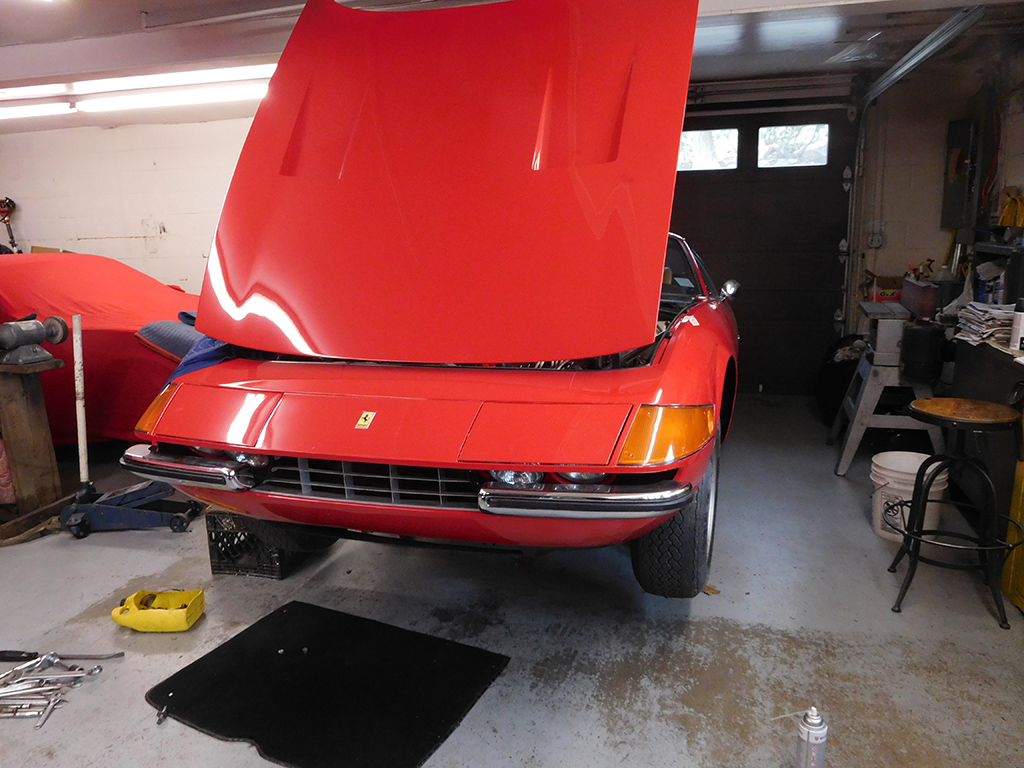 The last thing I had to do with one of the Daytonas we had at the shop was to see if we could get the air conditioning fixed. When a car is over 40 years old, air conditioning can be difficult to keep working even in the best of times. As components wear out and seals leak, one repair can lead to another. I hoped this one was going to be easy. 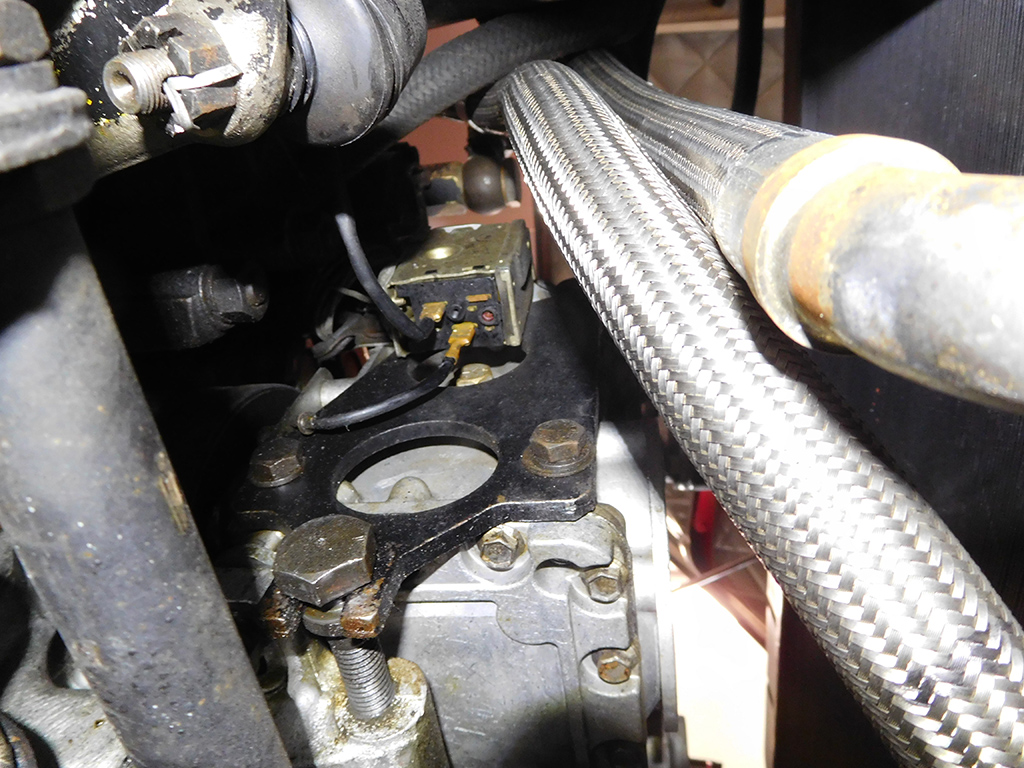 The A/C fitted to early Ferraris was really not done with easy access. Ferrari basically bought a General Motors installed York Compressor and squeezed it into the engine compartment of the Ferrari. Because of the limited space, they turned the compressor around so the pulleys faced the engine so accessing the drive belts and the compressor is a pain in the butt. After some diagnostics, I found the compressor clutch was not grabbing the spinning pulley when the A/C was engaged, so my fears of having to remove the compressor were confirmed! 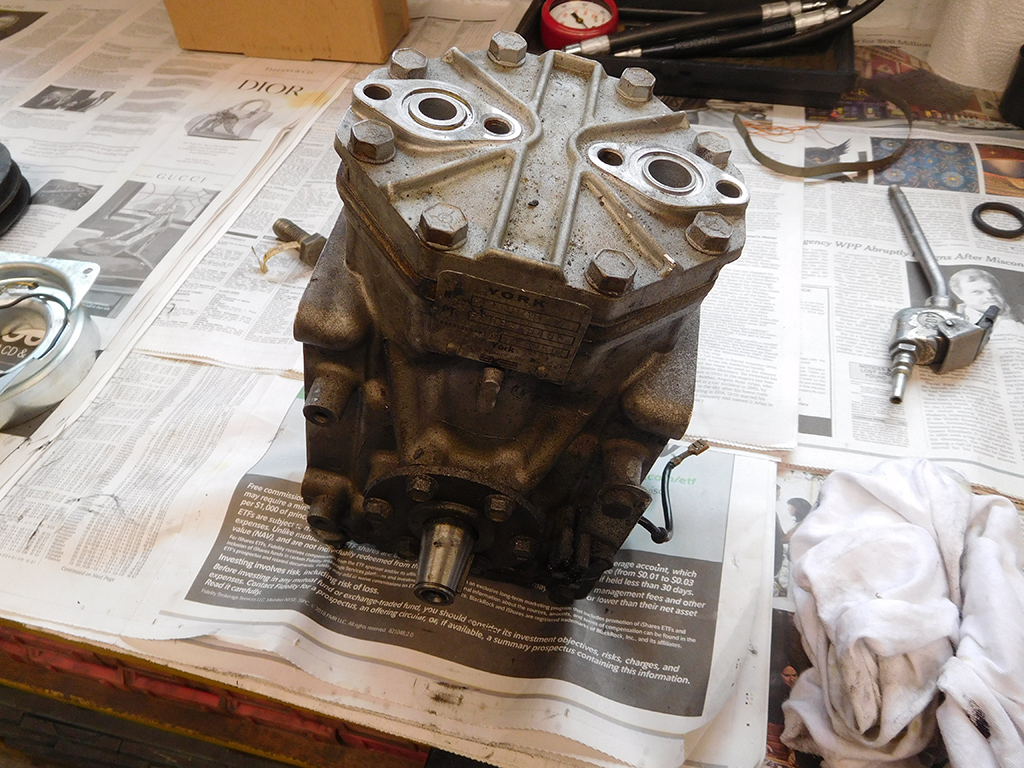 After some struggle, and choice words, I managed to get the compressor on the work bench. The particular clutch mechanism had carbon brushes that were worn beyond contact, but we had a replacement on hand to repair this unit. 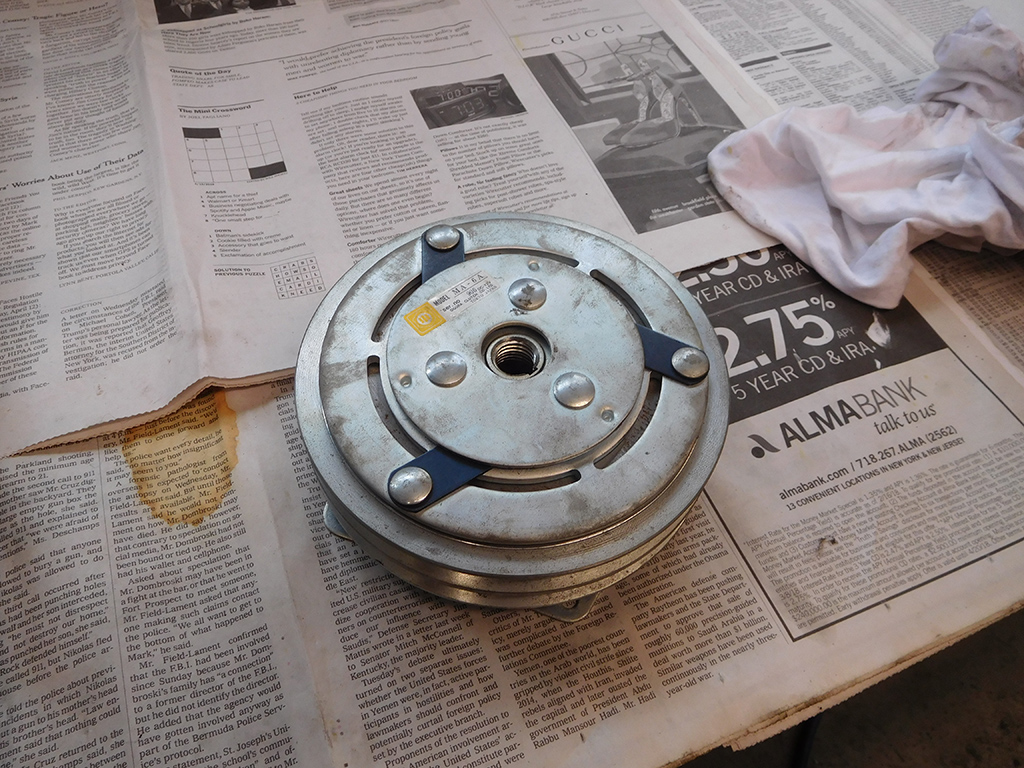 I guess having a common A/C compressor had its merits in availability of parts!