House Call on a Lusso 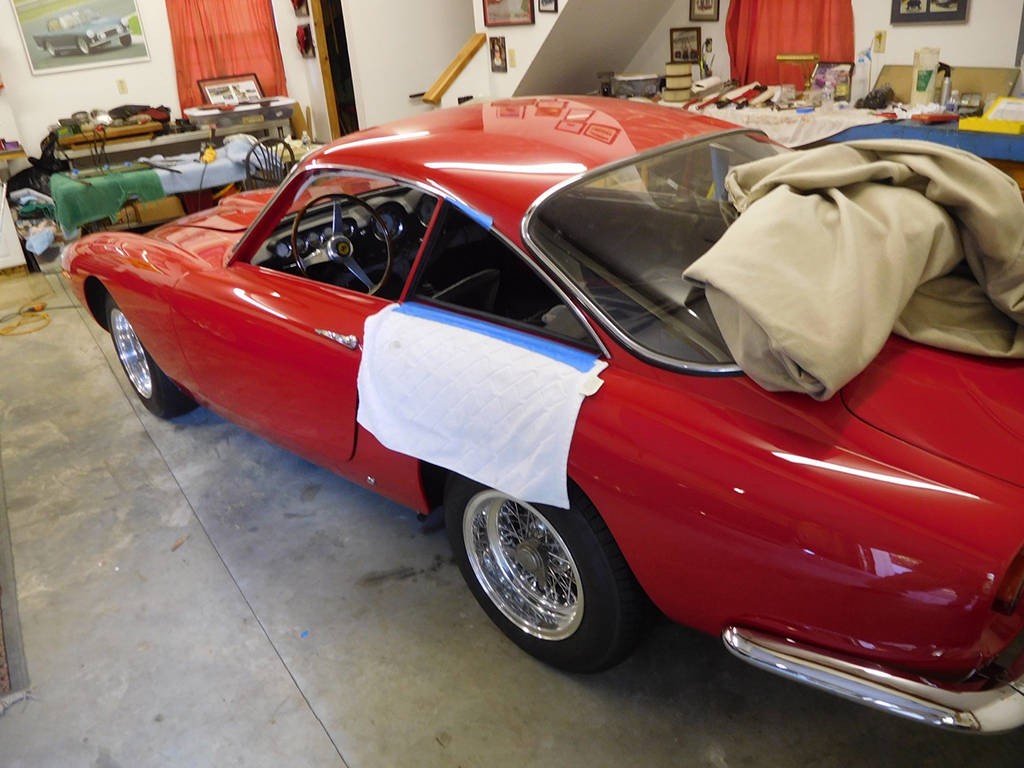 A customer of mine was restoring a Lusso at his home garage, and I’ve been helping him via emails and phone calls whenever he had a problem. This project has taken more years than Gordon would like to admit, but the goal is to take this car to the Ferrari Club National Event in September. 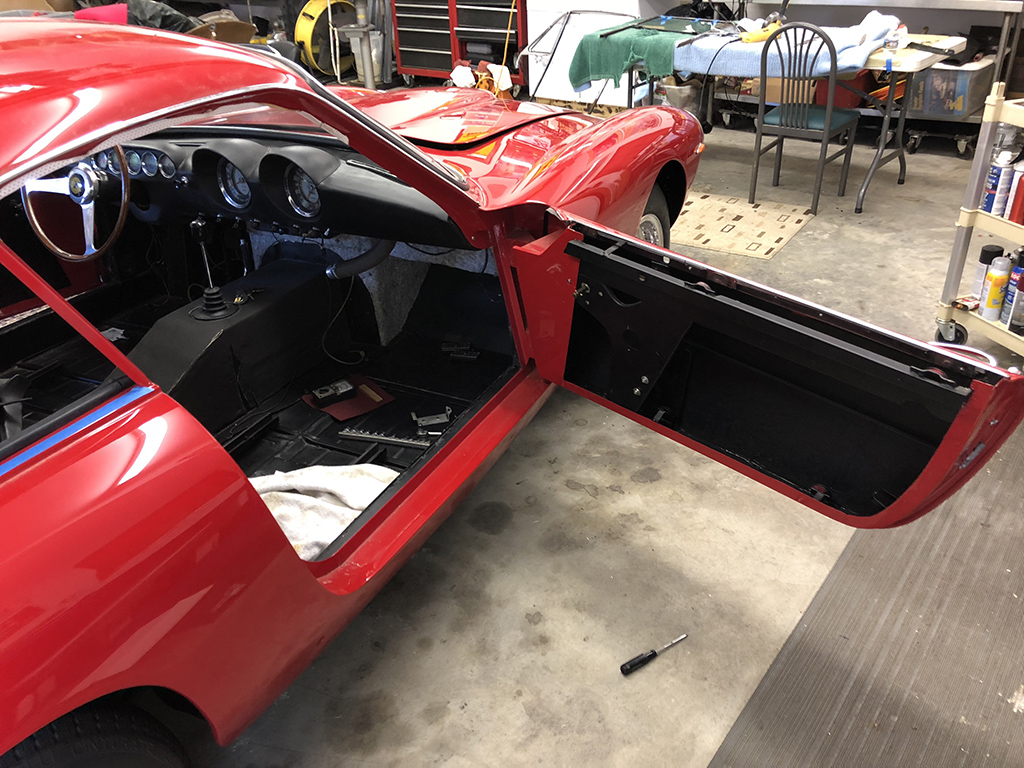 Since I was in the mid Atlantic region, I offered to spend a couple of days helping the owner overcome some of the stumbling blocks he was having putting the doors together. 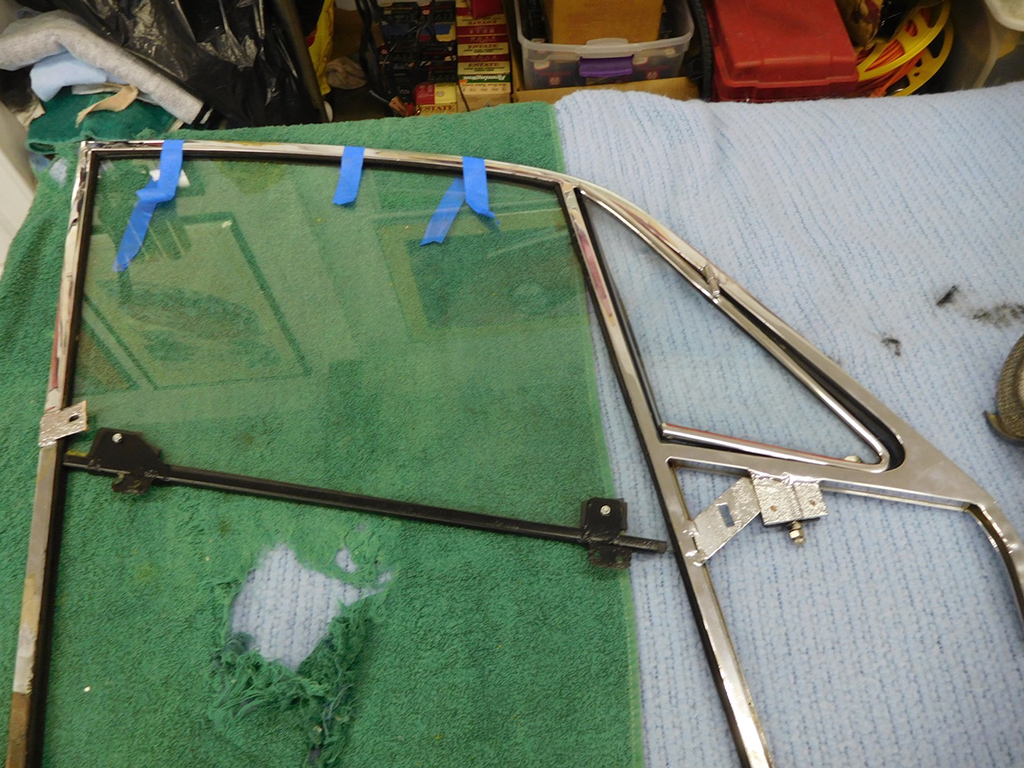 The biggest problem was trying to get the windows installed. When the window frames were rechromed, the owner found they didn’t seem to fit in the doors anymore! My job was to figure out what changed, and how to get the doors to fit! 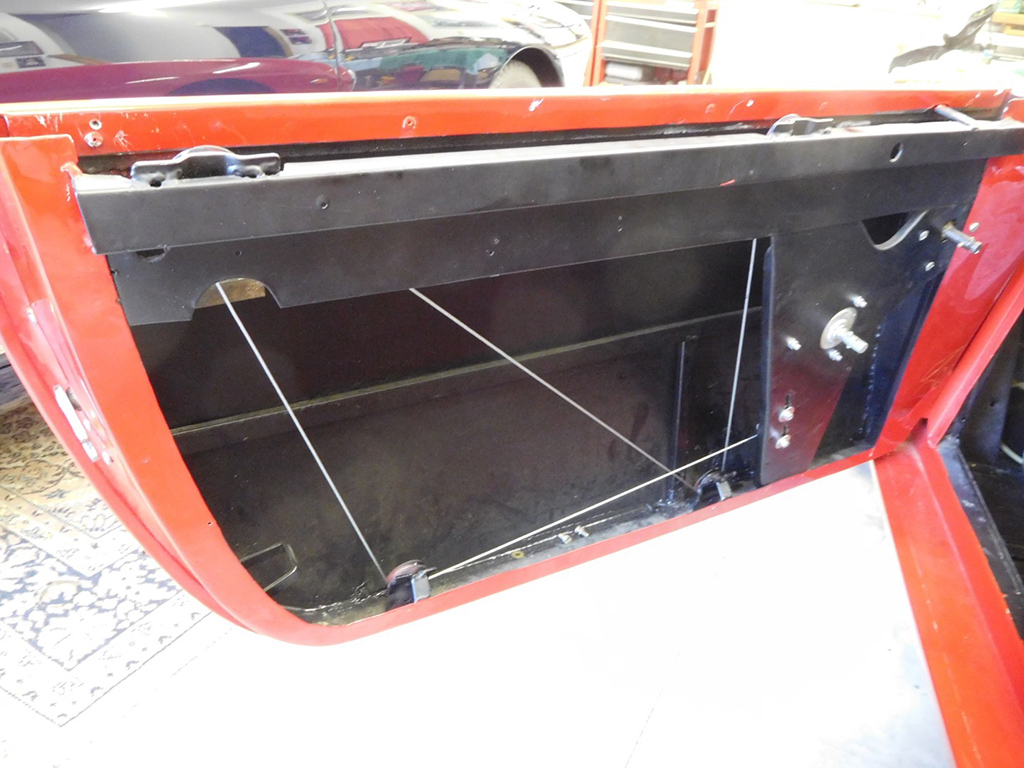 Another problem for the owner was getting the new window winder cables cut to the proper length and installed properly. I have to admit restringing the cables on a Vintage Ferrari is a pain in the butt, but even worse for a neophyte. I was happy to have completed this task for the owner without nearly as much struggle has he experienced for the last several weeks! 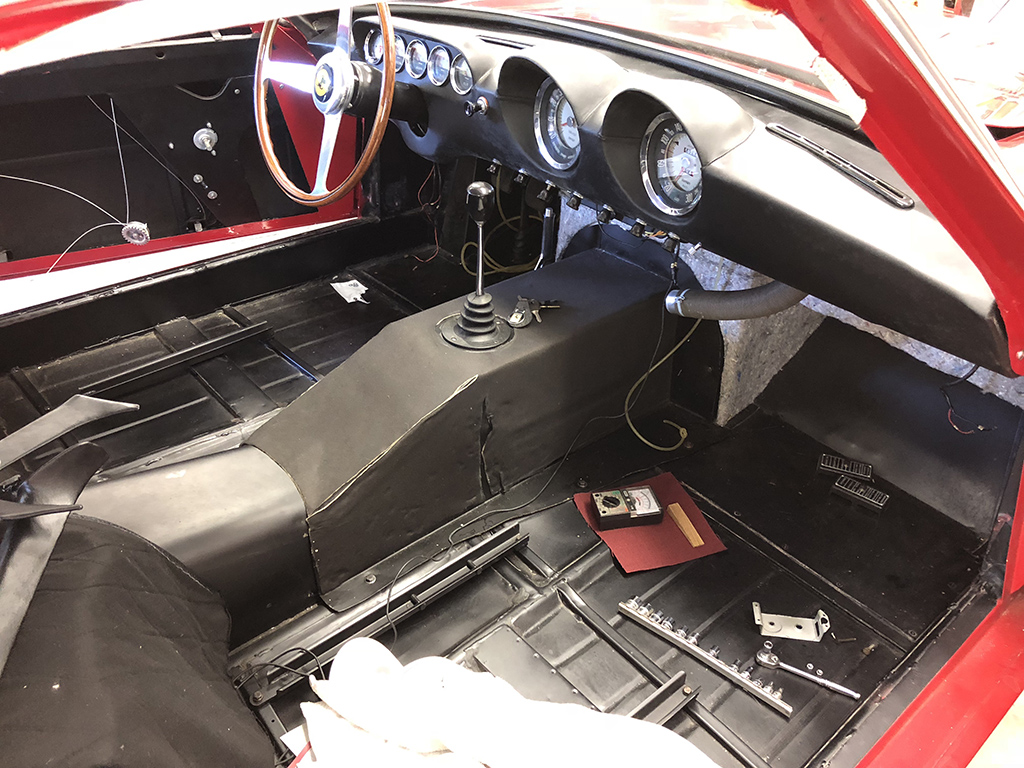 By the time I left Gordon’s house, he was well on his way to completing the car. The interior was next, but I think he’s got it in the bag! 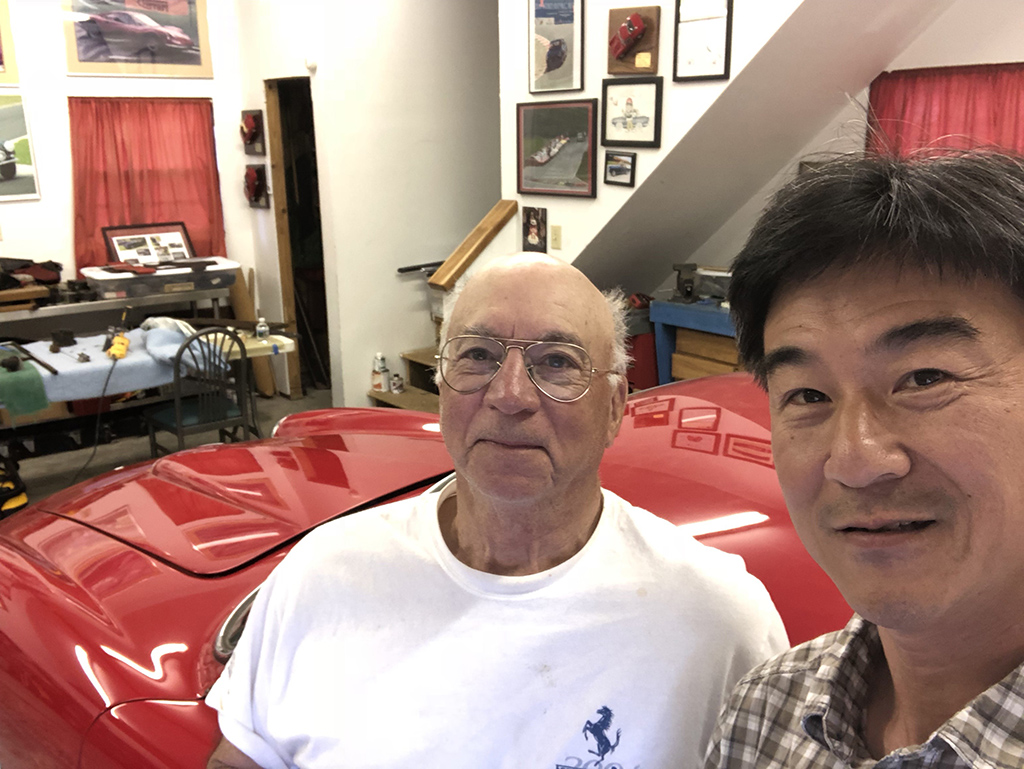 I’m rooting for Gordon to finish this car in time for the FCA National even in Watkin’s Glen in September. If you see this red Lusso at the show, be sure to congratulate Gordon on a job well done!