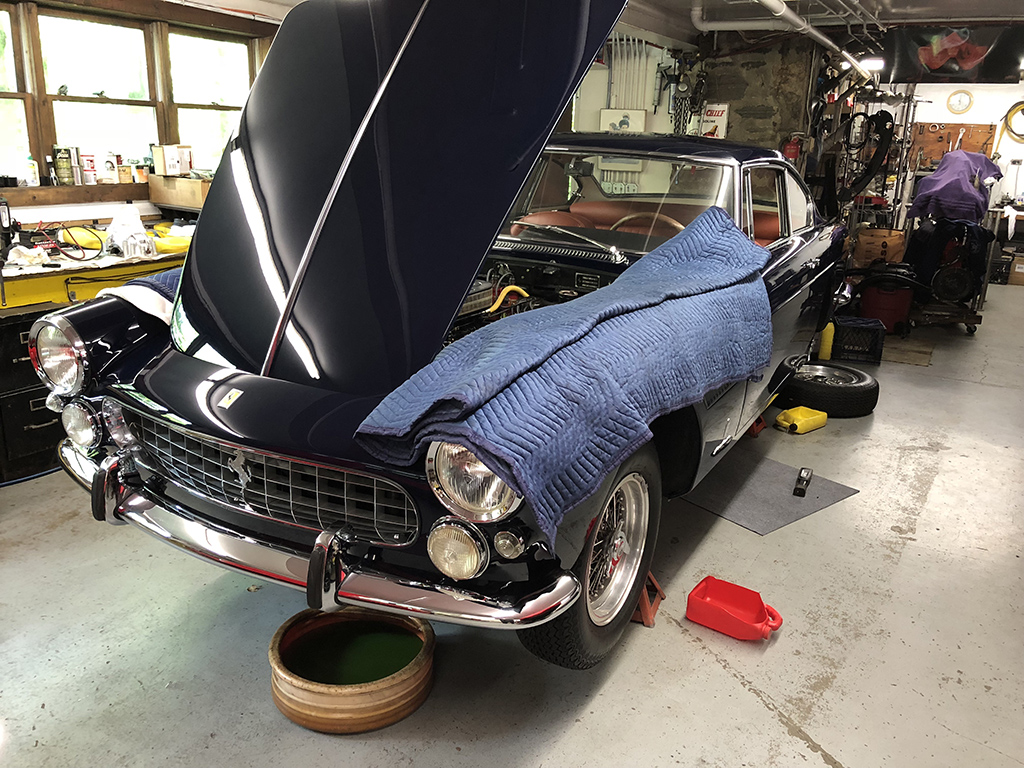 We had a Ferrari 250GTE at Francois’ shop that had not been driven in while, and was experiencing the effects of stagnation. The brakes were spongy, the fuel pump wasn’t working, and the car wouldn’t start, so we began the process of changing all the fluids, and sorting out all the problems. 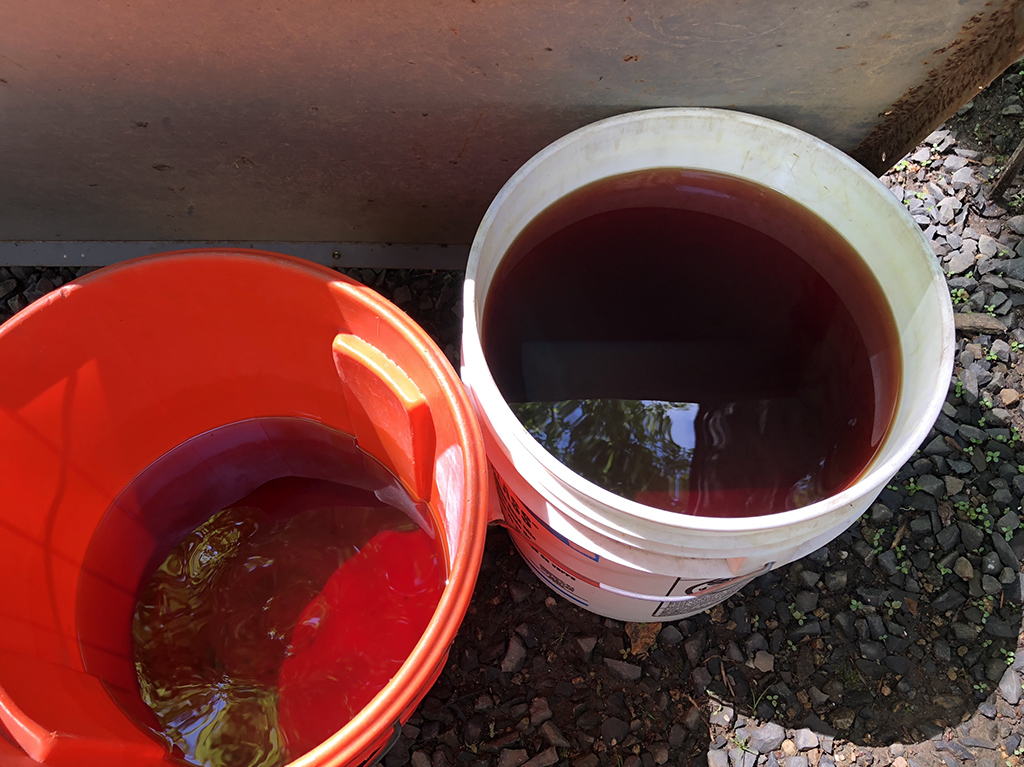 The fuel available in most of the US is laced with at least 10% alcohol, and goes bad pretty quickly. 6 months is about the limit, and it’s even worse for cars with carburetors. Owning more than a few cars for some owners leaves them with a dilemma. We have been told to keep the fuel tanks full to keep condensation from forming inside the fuel tanks and rusting out the tank and fuel senders, but with a full fuel tank of gas that can go bad in 6 months, this leaves owners the job of driving each of their cars at least 200 miles every several months to keep fresh fuel in their tanks! If one owns more than several cars, driving that many miles for each of their cars can become quite a chore! The lack of mileage, however, leads to a tank full of stale gasoline with that familiar horrible smell! 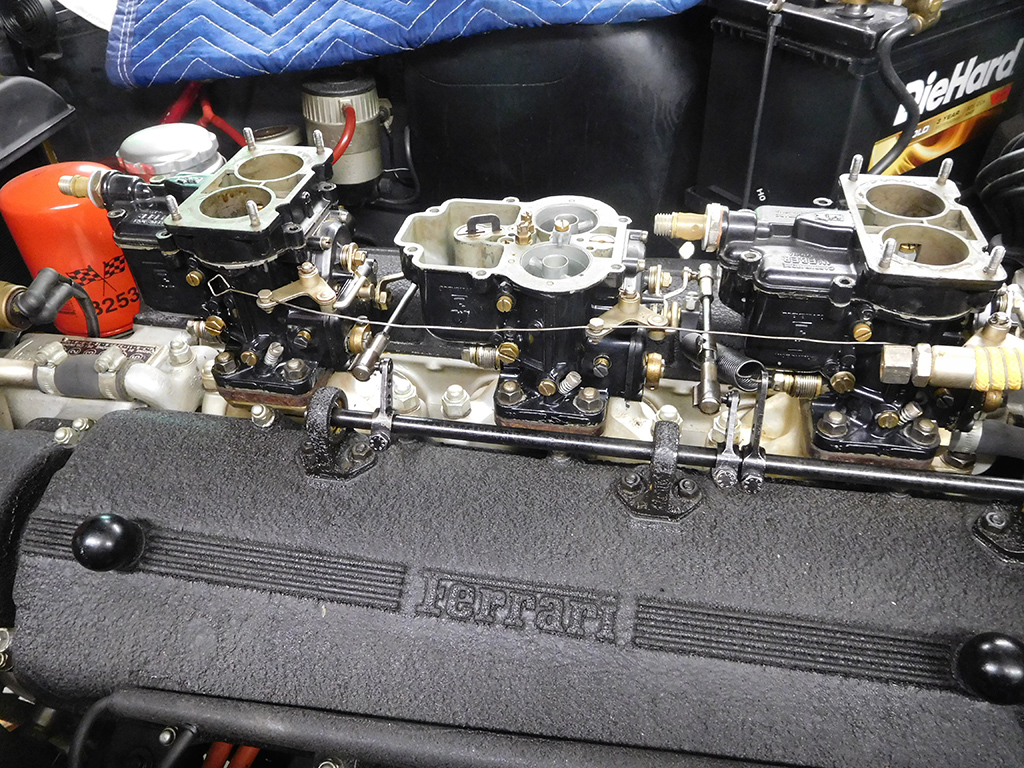 I bled the brakes and found the brake lines filled with some jellied brake fluid. Hopefully a brake bleed will be enough to get things going again. The carburetors were also showing the signs of sitting with the usual white powder coating and clogging the jets and orifices from evaporating old fuel leaving its deposits all over the place. 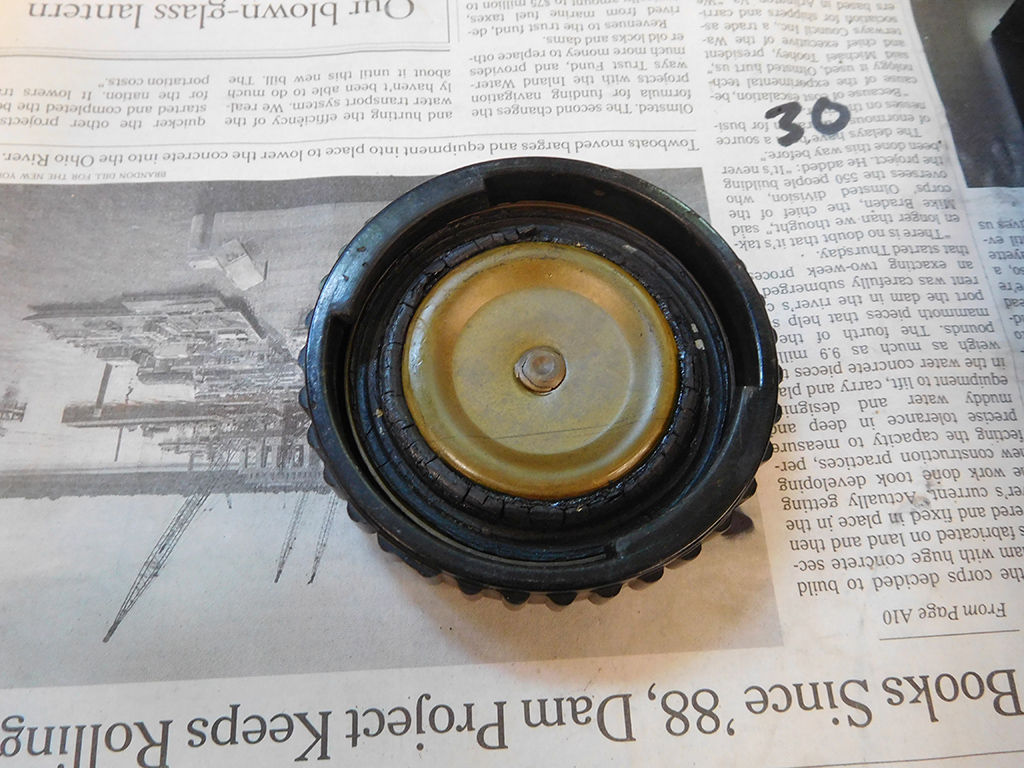 As I drained the gasoline, I noticed the rubber in the gas filler cap was deteriorating. The original rubber reacts to the modern fuels and dissolves. If not caught by the filters, these little bits of rubber, and worse, dissolved rubber suspended in the fuel, can undo all the work I did on the carburetors on the other end of the car! 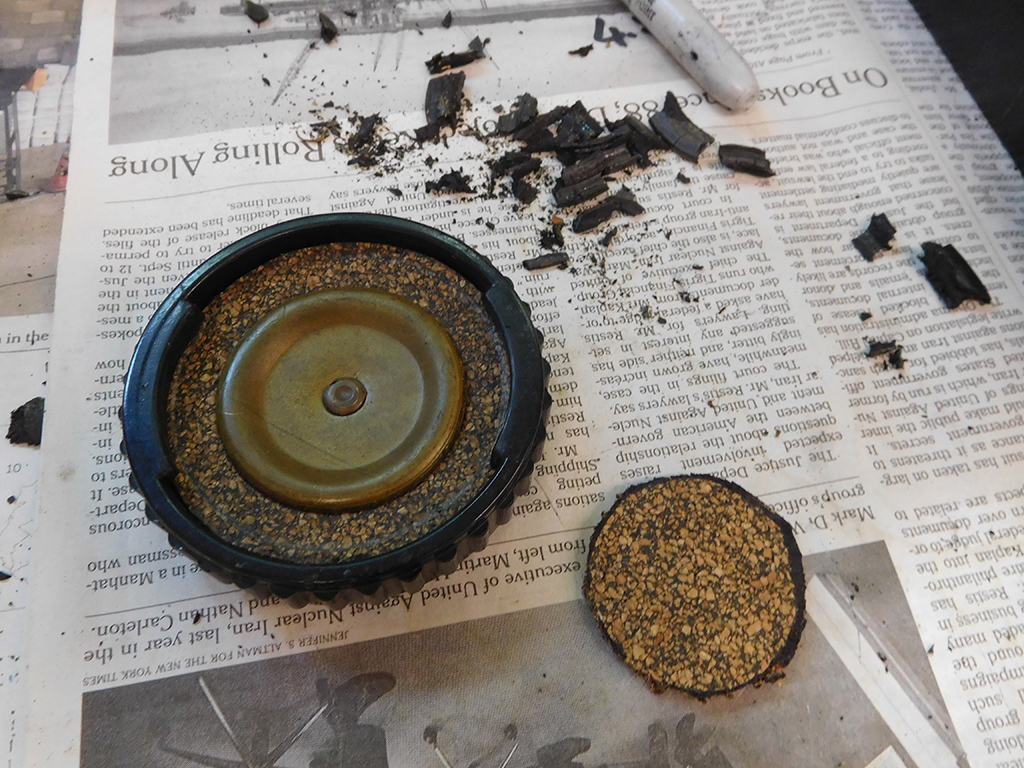 After chipping and scraping the old rubber out of the cap, I cut a piece of fuel safe cork gasket to replace the rubber gasket. Fuel safe cork gasket is available at the auto parts store marked specifically safe for fuel. So far, I’ve found this stuff is not affected by any of the types of fuel we’ve been using, so hopefully this is a permanent solution!