A Week in the Life… 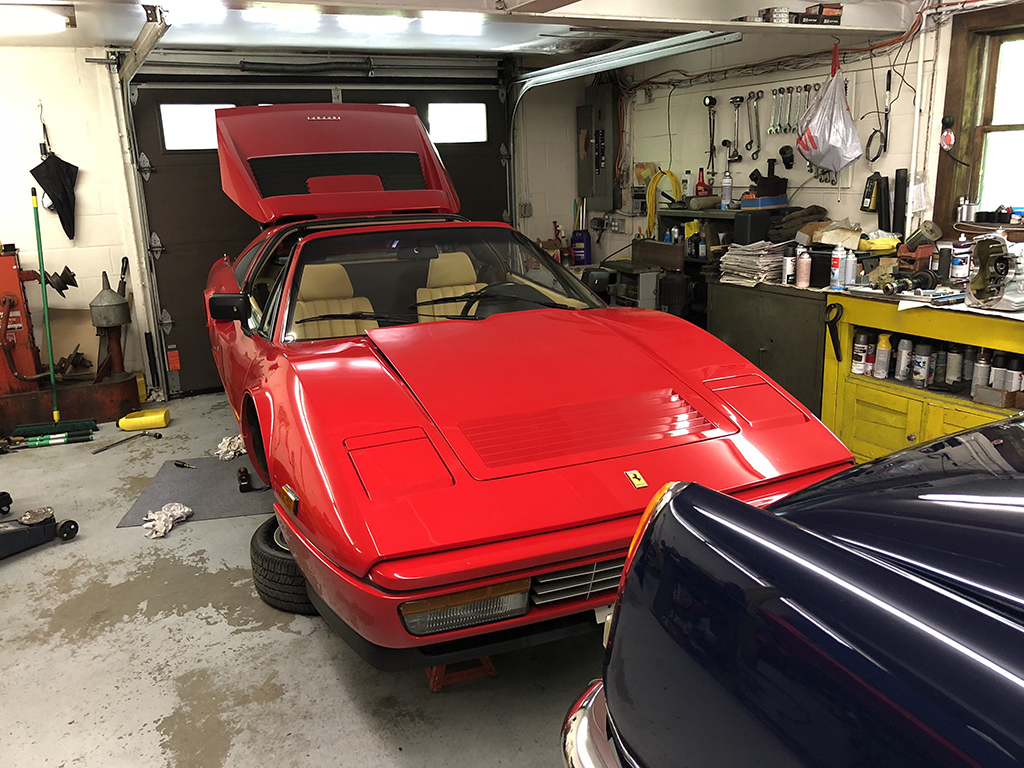 I had a short week because of the Memorial Day holiday on Monday, but I tried my best to make up for lost time the rest of the week. It began on Tuesday with a service on a Ferrari 328. It belongs to a good customer of ours, and although we don’t make it a habit of working on the V-8 cars, we do make exceptions! 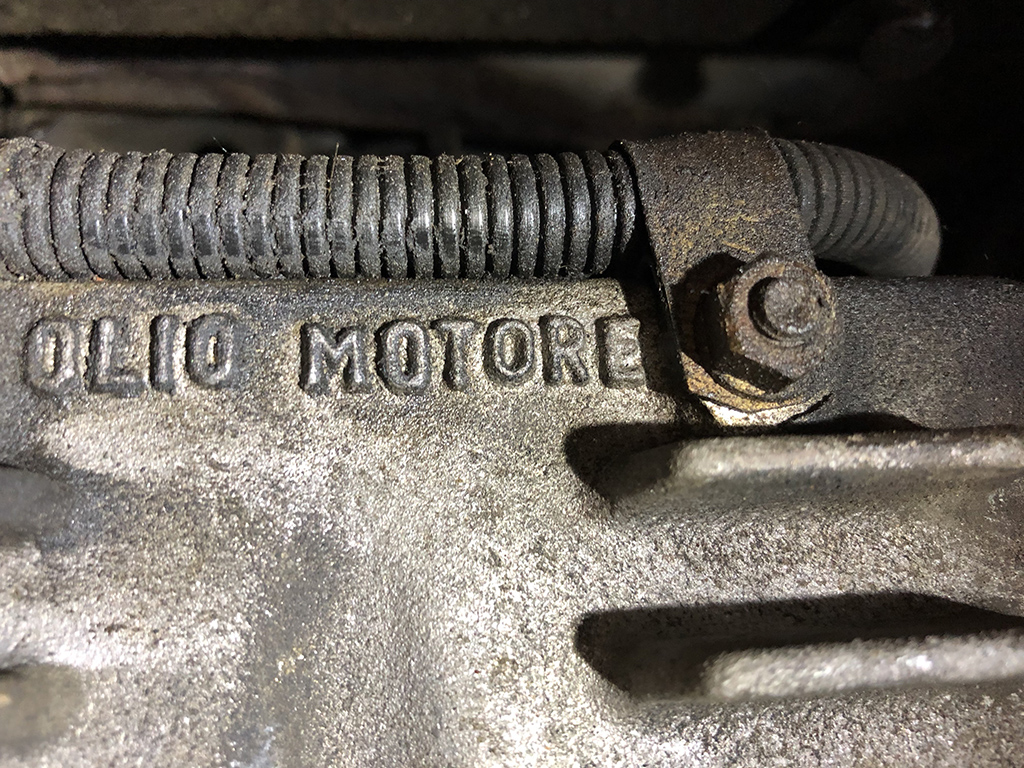 Changing the oil on these engines reminds me of a phone call I’ve gotten more than once from owners who have taken it upon themselves to do their own service. The call usually goes something like this:

DIY-er: “How many Quarts of oil should go in a my 3xx Ferrari?”

Me: “I’m not sure, but something around 8-9 quarts depending on the filter, but check your owner’s manual. Why?”

DIY-er “Only about 2 quarts came out.” 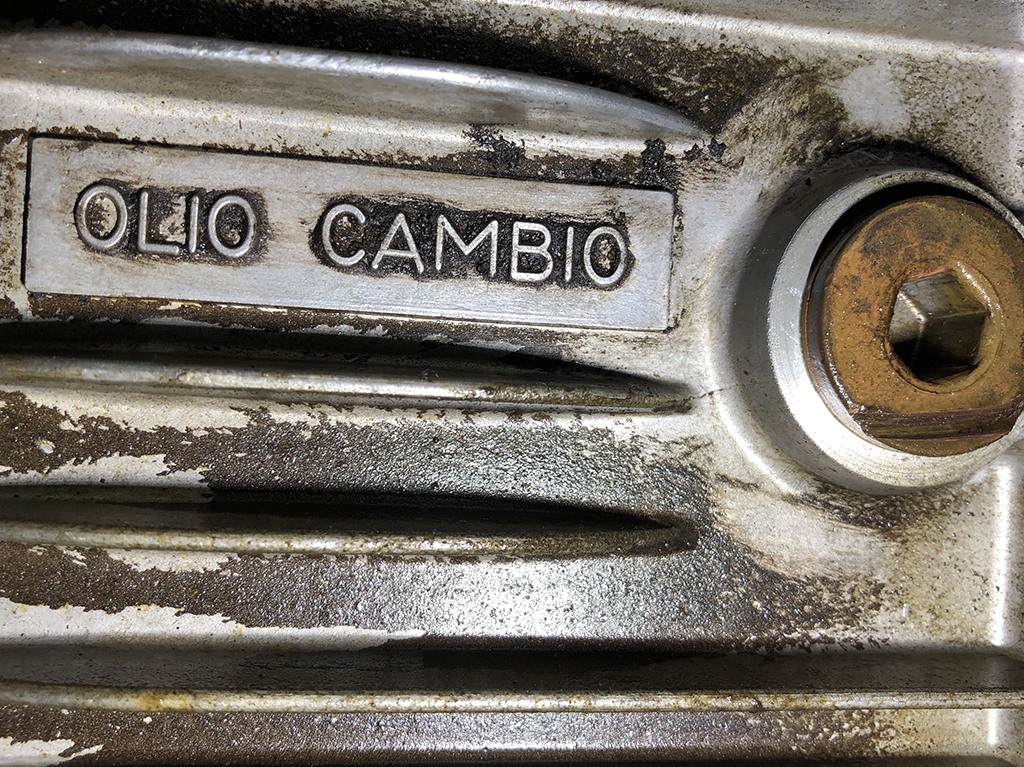 ‘Cambio’ is your transmission gear oil!”

You’d be surprised how many times I’ve gotten that phone call! 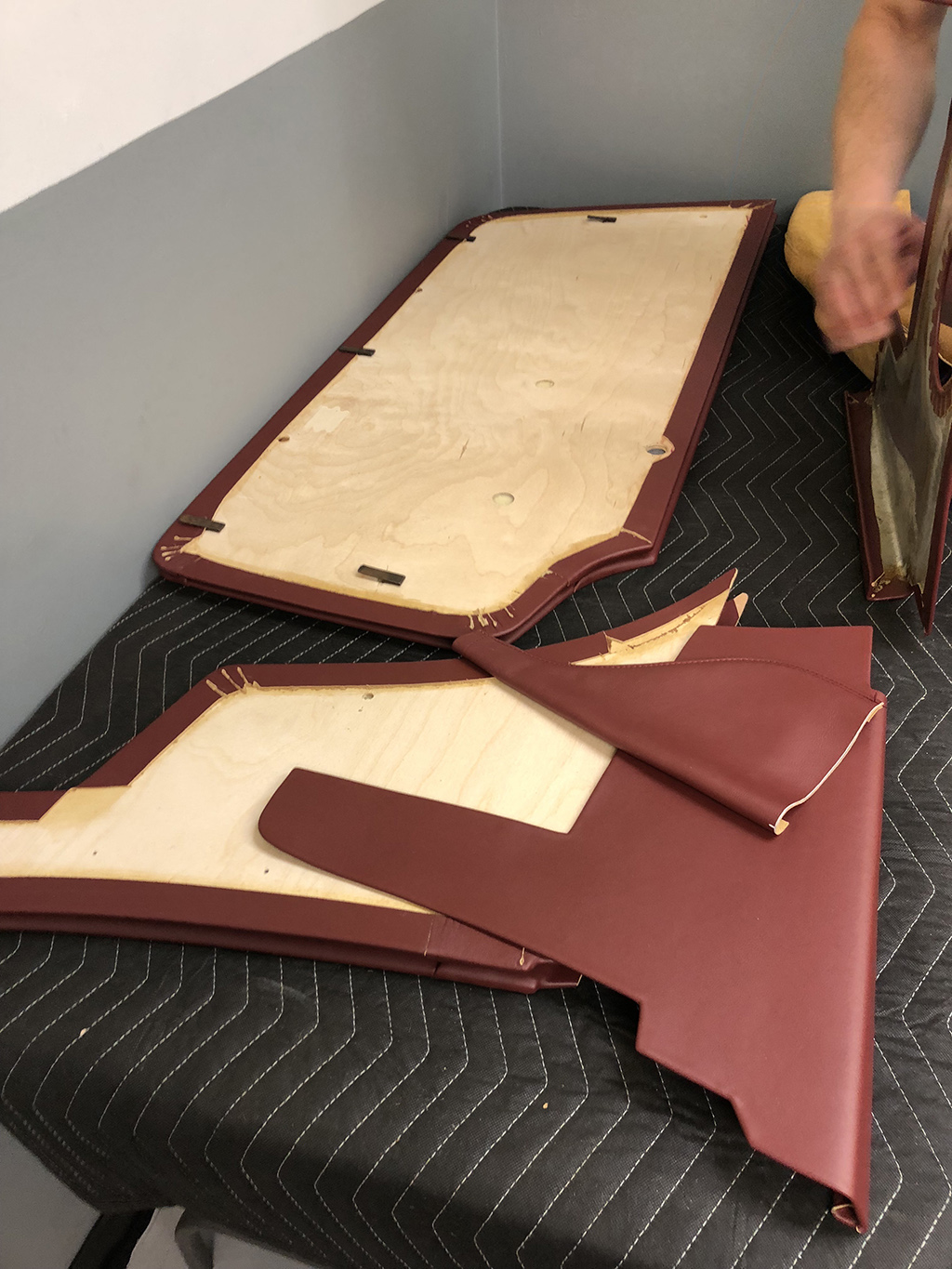 I also stopped by the upholster’s shop to check on progress on the interior for a GTE. 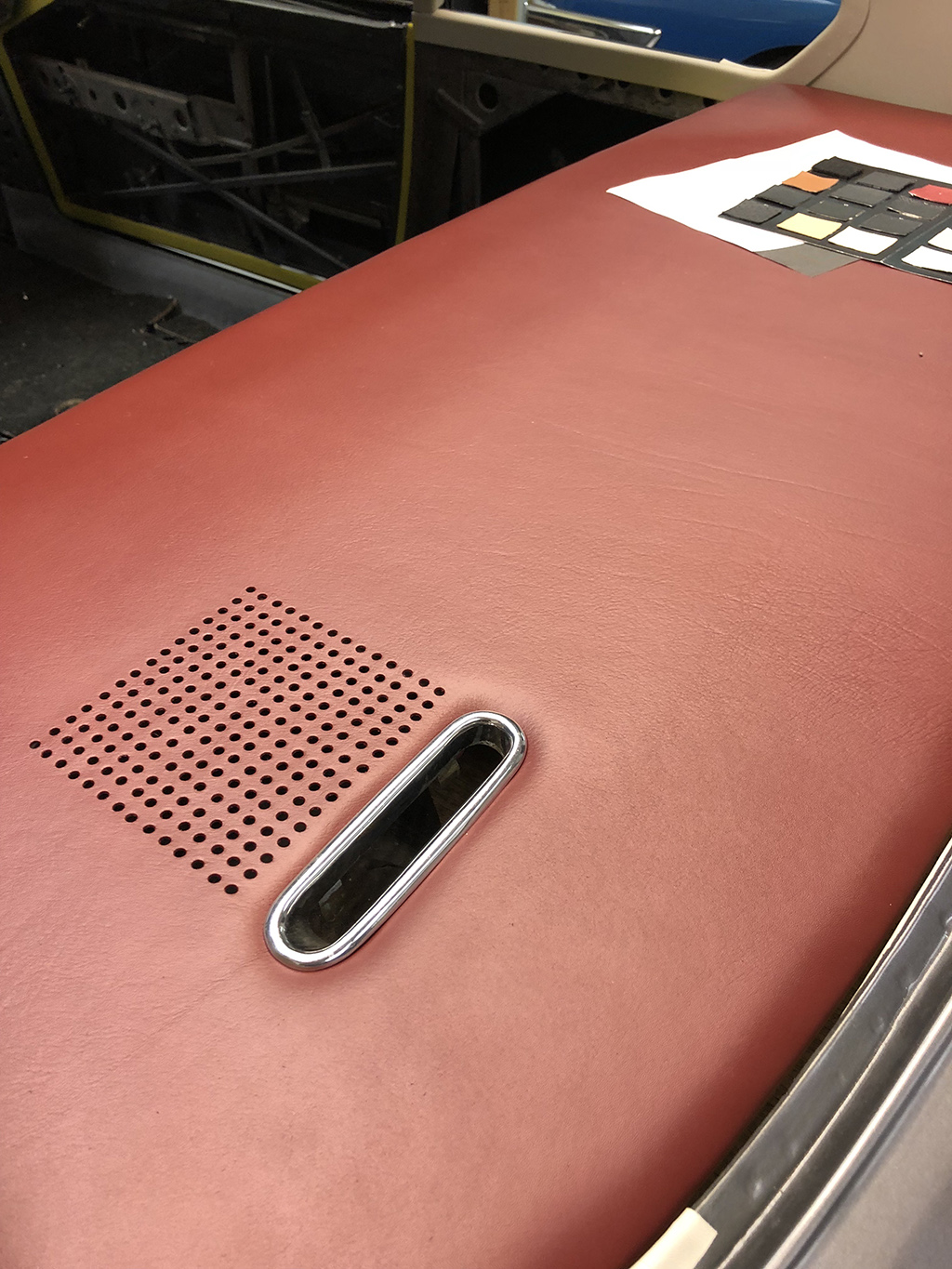 After sourcing the correct vent for the rear defroster fan, it was installed as well as the holes punched. 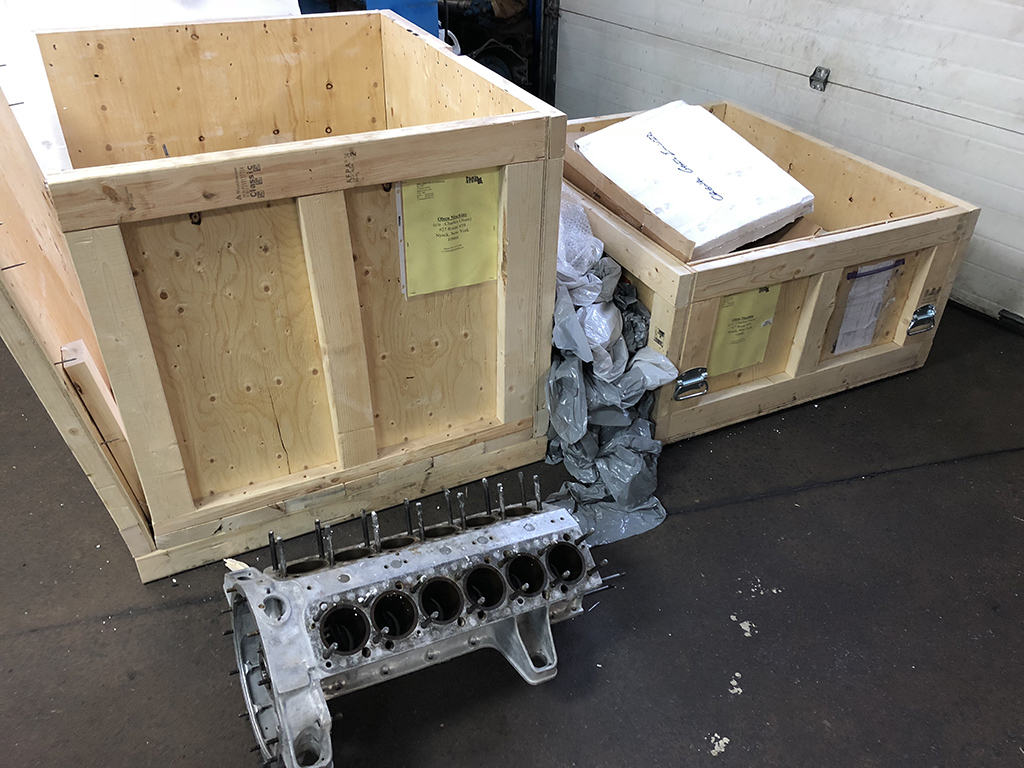 After the upholsterer’s shop, I swung by our machinist’s shop to inspect an engine that arrived from Canada ready for a rebuild. It took a few days to clear customs, but I needed to separate the parts I needed and what our machinist needed to start the rebuild. 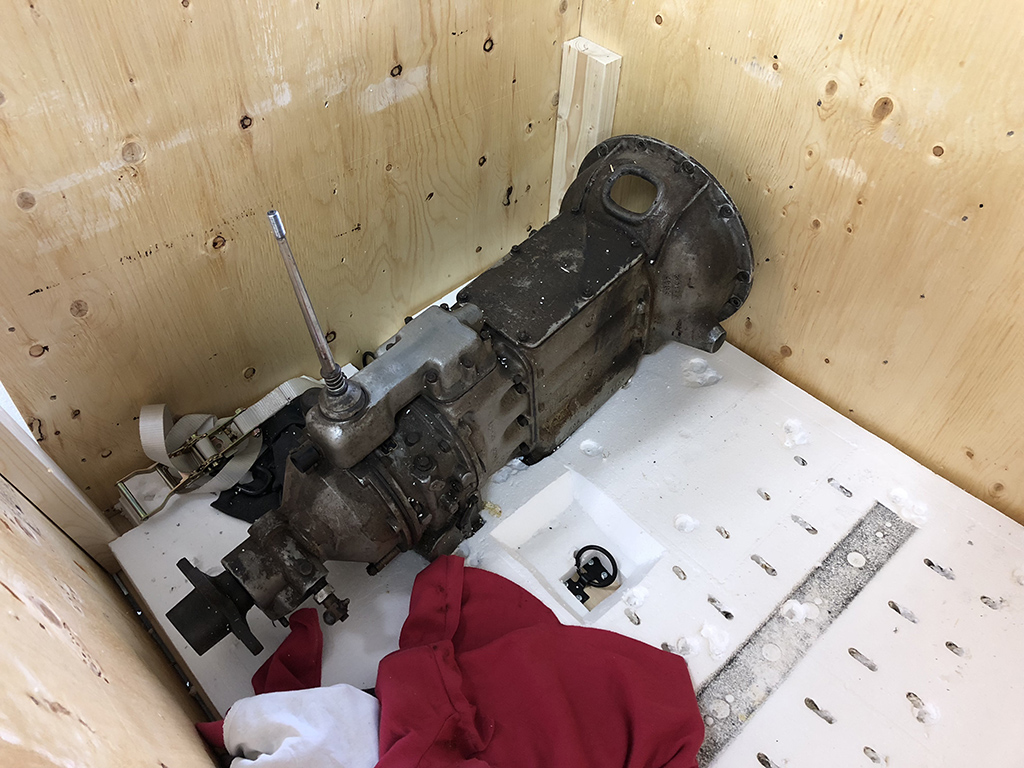 We’re also rebuilding the transmission for this car before sending it all back across the border several months from now, but first, this transmission will need a good washing! 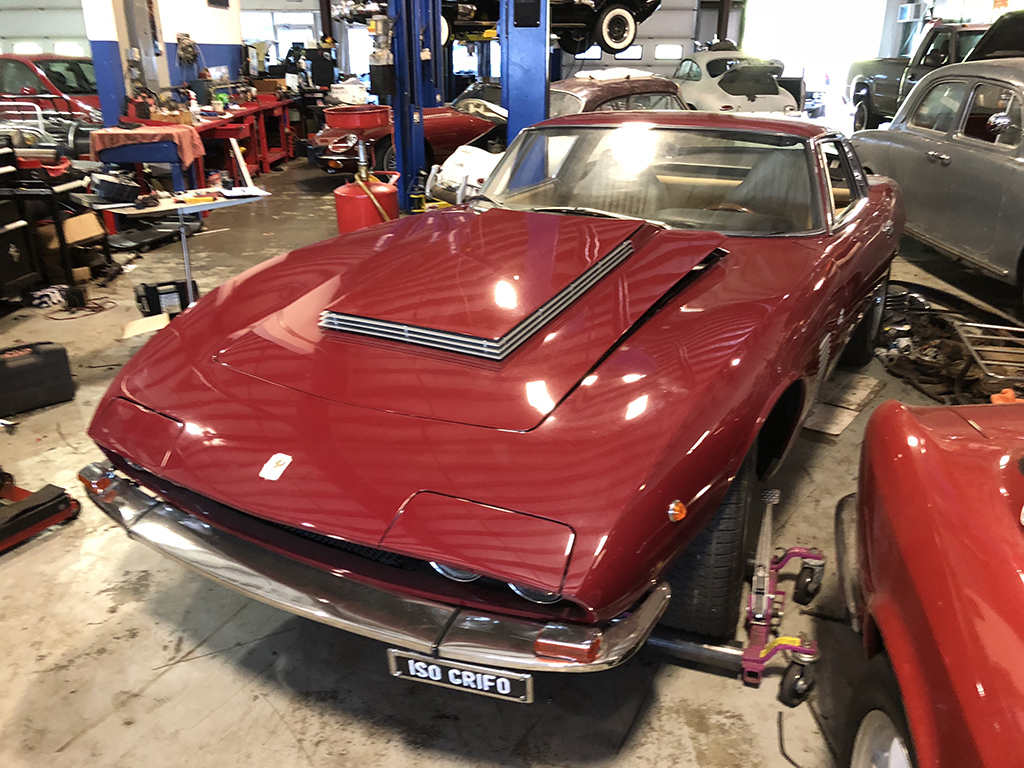 I got call from a friend of mine looking at an Iso Griffo he heard was for sale in CT. It was at a shop that I knew, and my friend asked me to put an eye-ball on it. Pictures can be deceiving, and the best way is to have someone inspect a car in person. My customer wanted a closer inspection of the paint and the details to better make a decision on whether to buy this car. I squeezed in some time to stop by and take a look. 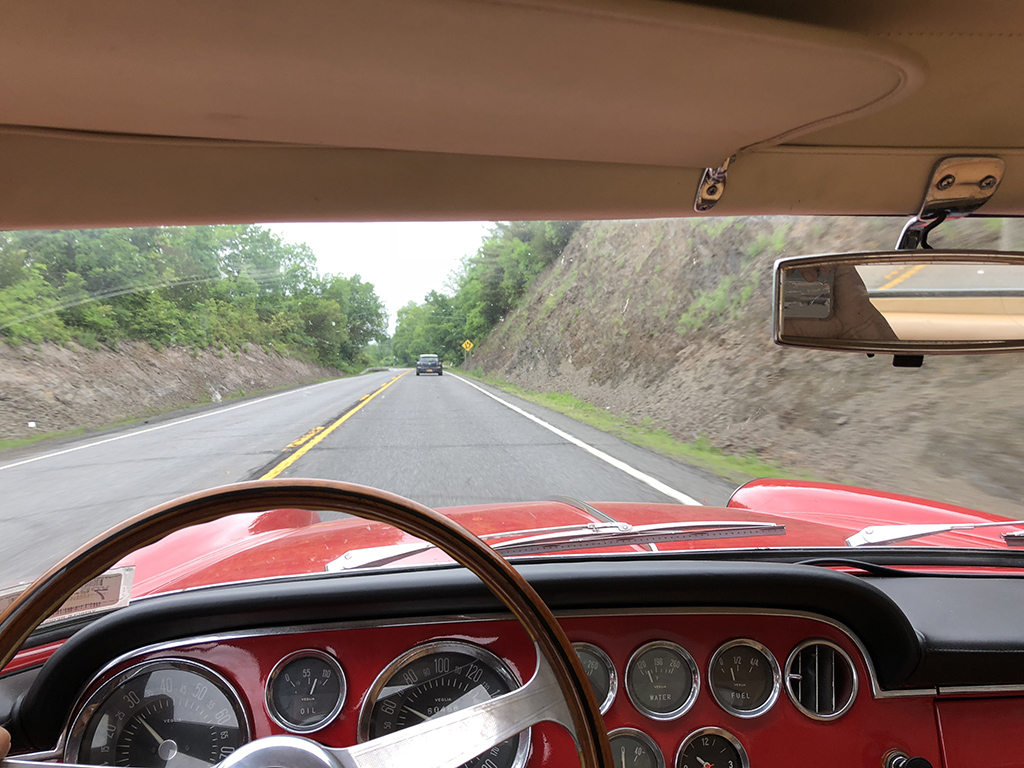 On Saturday, I took my 330 America out for a drive to get some paint work done. I’ve been trying to get a good paint match on my door that was damaged last year, and a friend of mine had some time to take care of the painting. The best way was to leave the car with him so he can do his thing. It was nice drive, and I’m looking forward to doing more of it when the paint work is done! 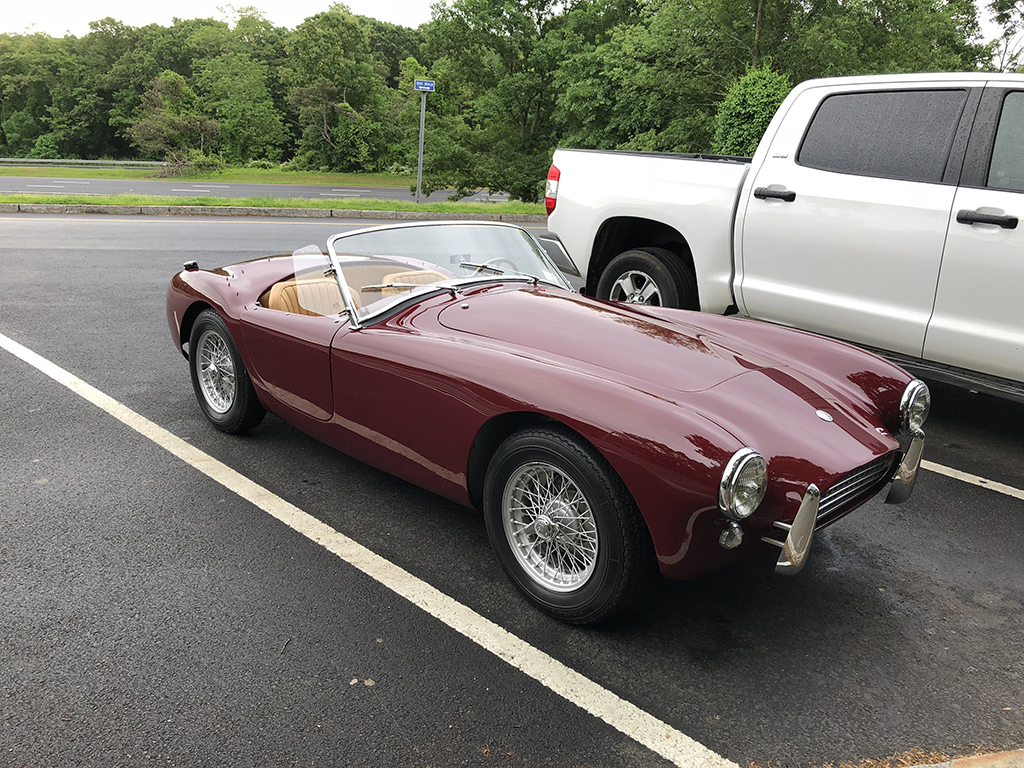 I was asked to co-pilot a friend’s AC Ace down to Connecticut to attend the Greenwich Concours on Sunday. Since I was planning on going anyway, I was happy to ride down in style! 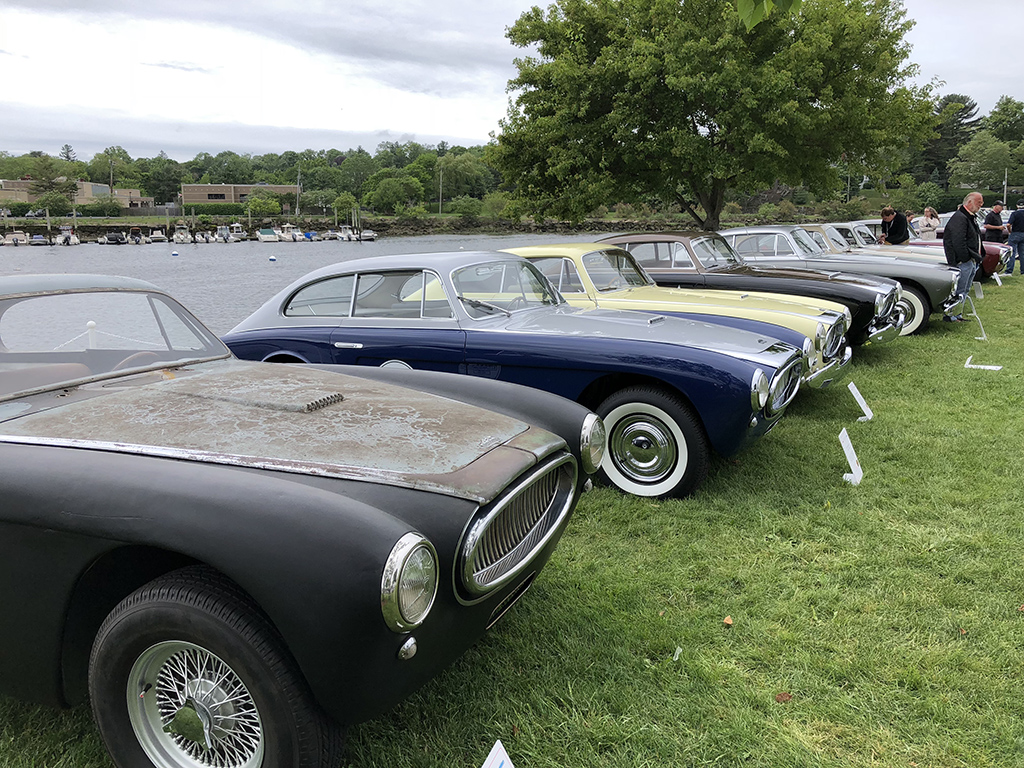 The organizers managed to collect all but three of all the Cunningham cars made in one place. Pretty impressive! 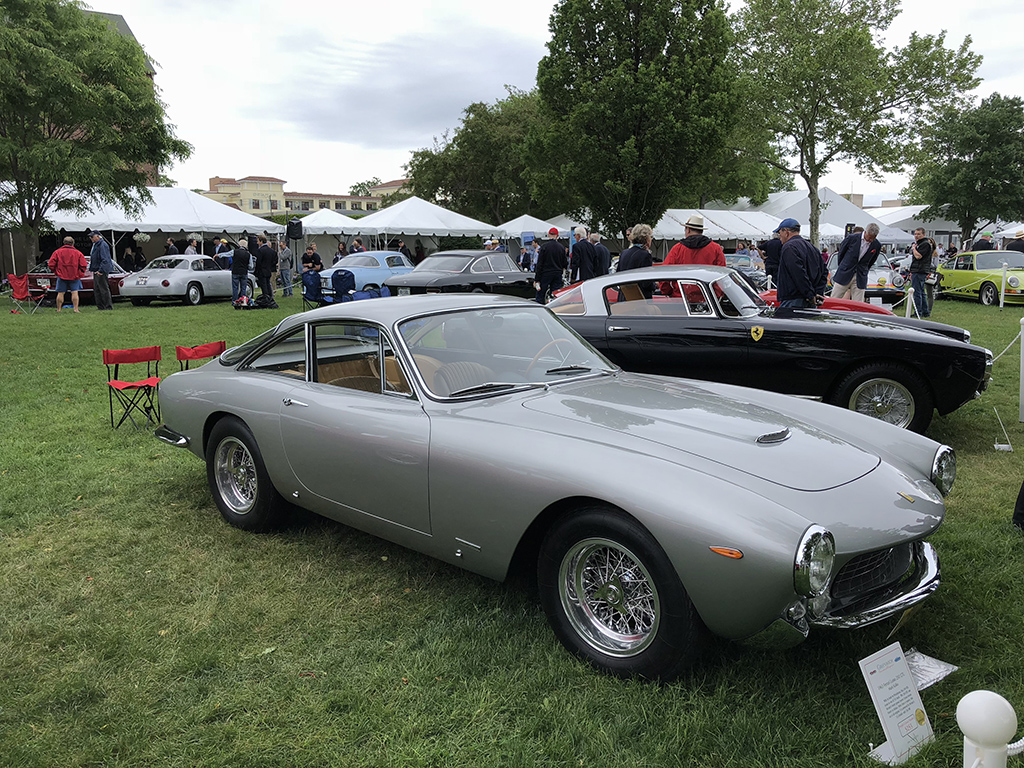 We were showing a Ferrari 250 Lusso that Francois started working on many years ago. The owner of this car bought this car as a daily driver in the early 1970s and she’s owned it ever since. It was great to be a part of its restoration. She even won an award in the class. Congratulations! 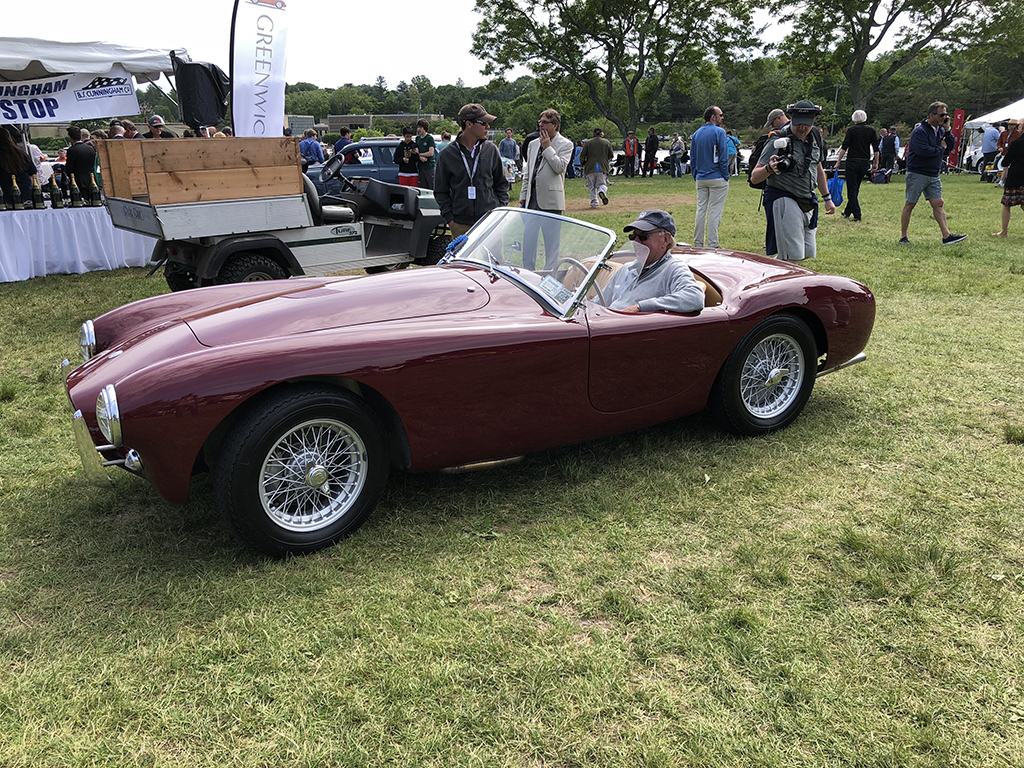 Bob won best in his class with the Ace. Not bad, considering we drove the car 65 miles to the show, wiped her down, and won. Congratulations Bob!