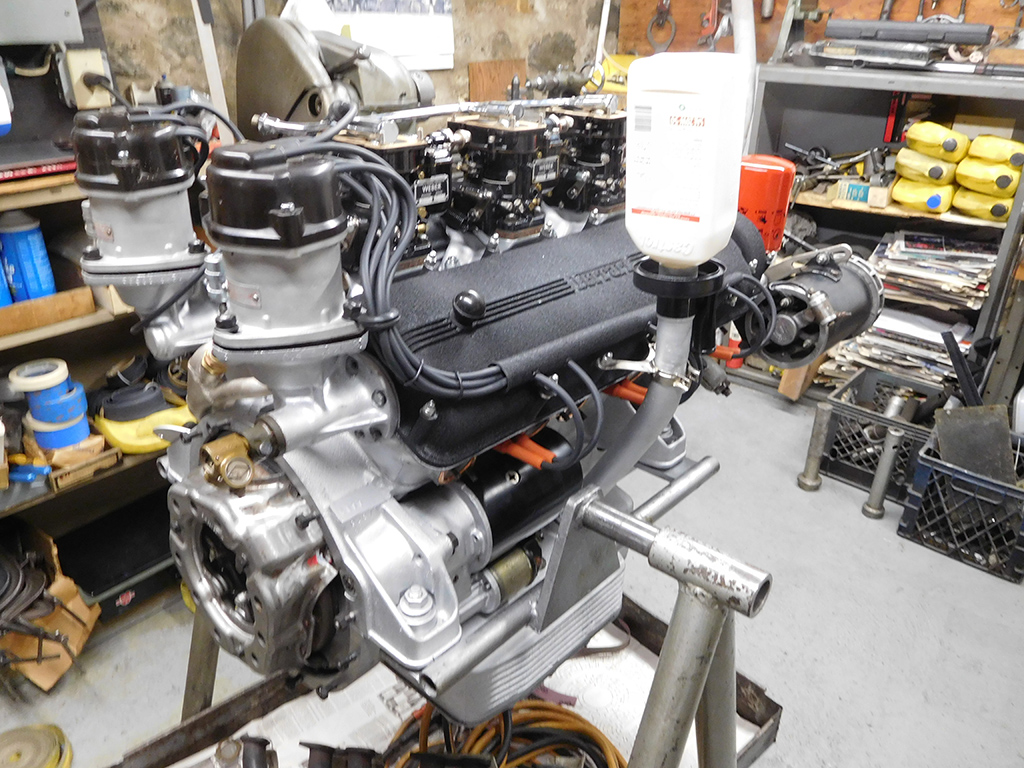 We’ve had a GTE engine sitting on our engine stand for several months now waiting for the next step. The owner and I are figuring out what to do with the car, so the engine sat patiently waiting. 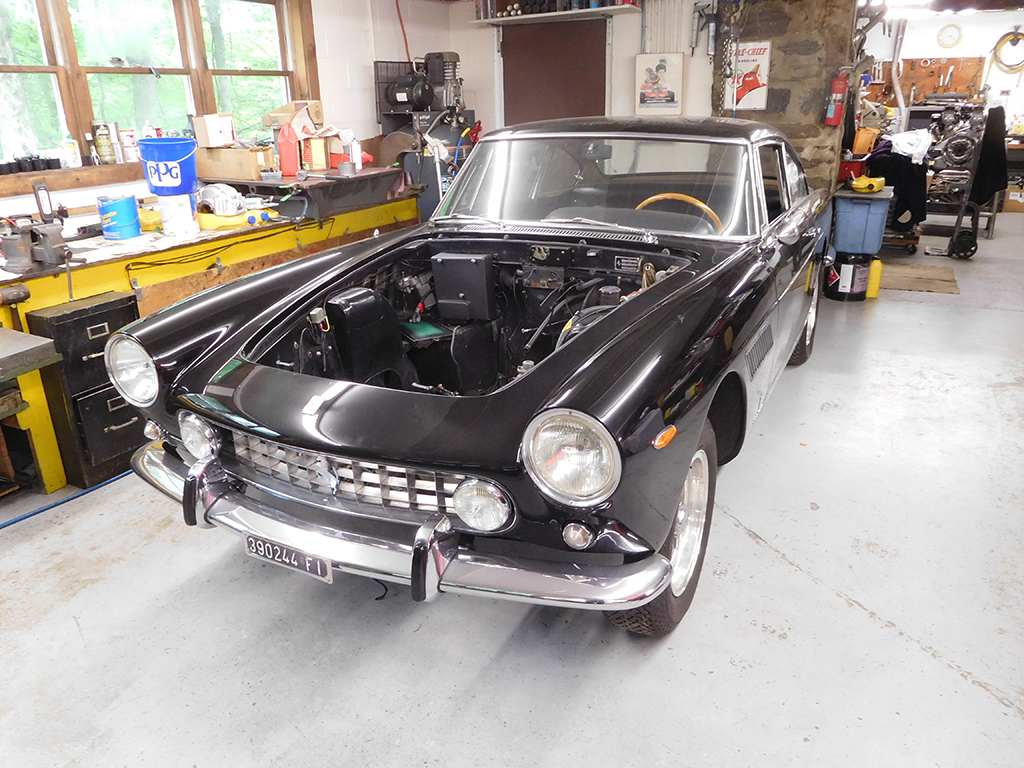 I went to Latvia several weeks ago to investigate a restoration shop for my customer to see if they would be a good fit to restore this car for my customer. Since the owner is based overseas, having the car restored over there was always in the plans, and now Latvia is becoming a viable option.

Since we rebuilt the engine, we wanted to bench fire the engine, but decided since the car has to be assembled for shipping, firing up the engine in the car would accomplish both tasks without extra work. 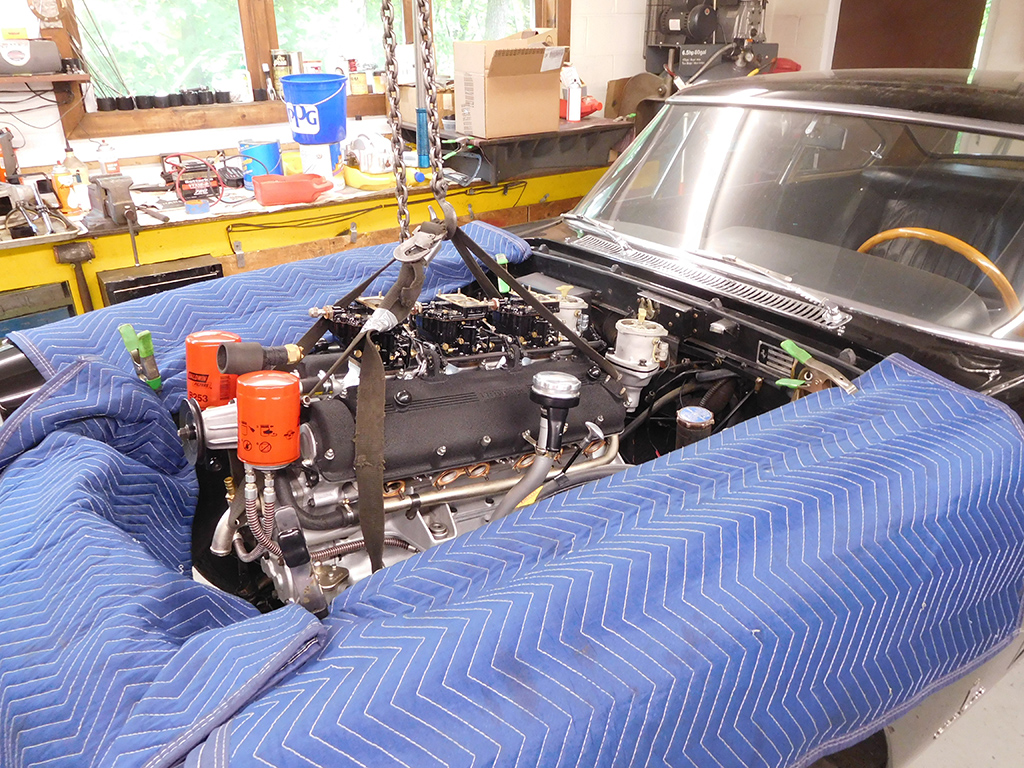 Dropping a GTE engine into the car isn’t that bad, and I actually did it by myself for the first time. It’s actually not that hard since I know what gets in the way and removed the offending pieces or moved them out of the way before they caused a problem. 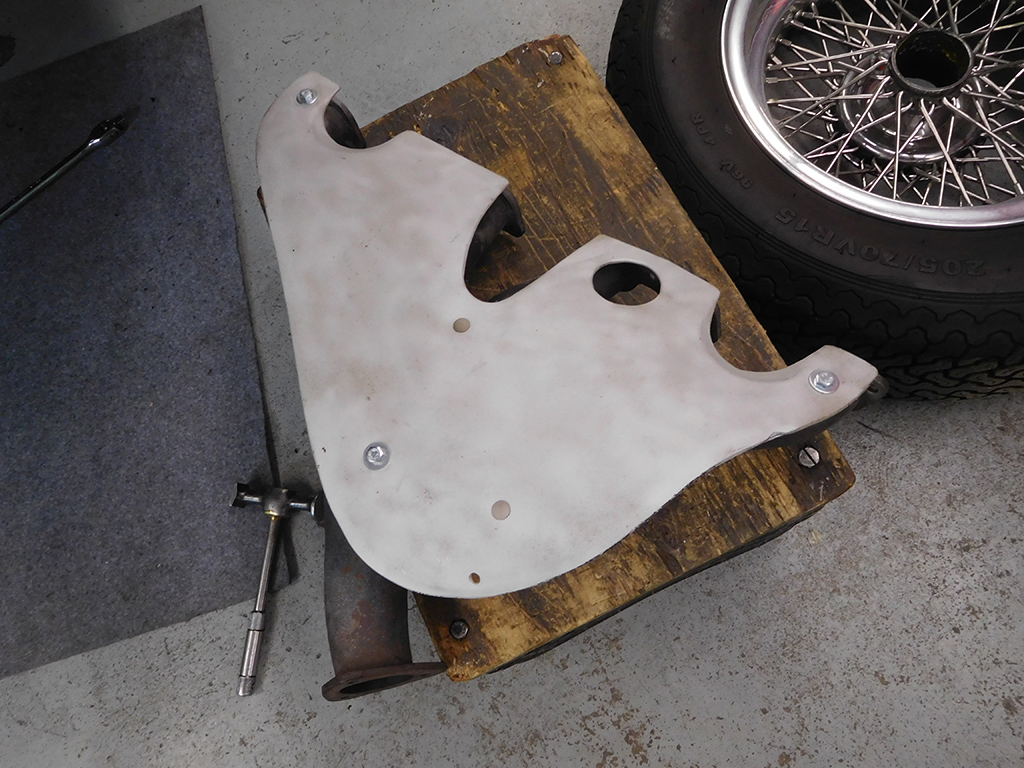 Even though it looks like another shop is going to do the restoration on this car, I still wanted to take care of some of the little details that are often missed with shops not familiar with Vintage Ferraris. 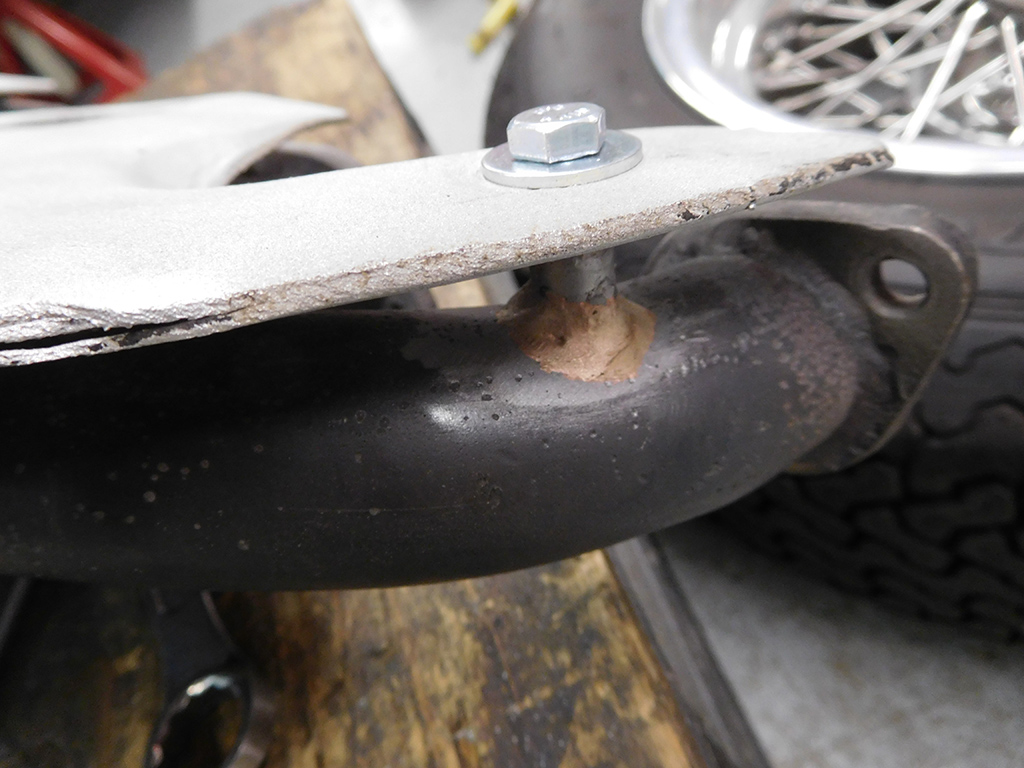 Some of the support stands for the exhaust header heat shields have broken off or were missing. I fabricated some new ones and had them brazed back on. I’m going to suggest these headers get ceramic coated during the restoration. Even though this car will be restored on the other side of the world, it looks like I’m going to be consulting throughout the restoration. 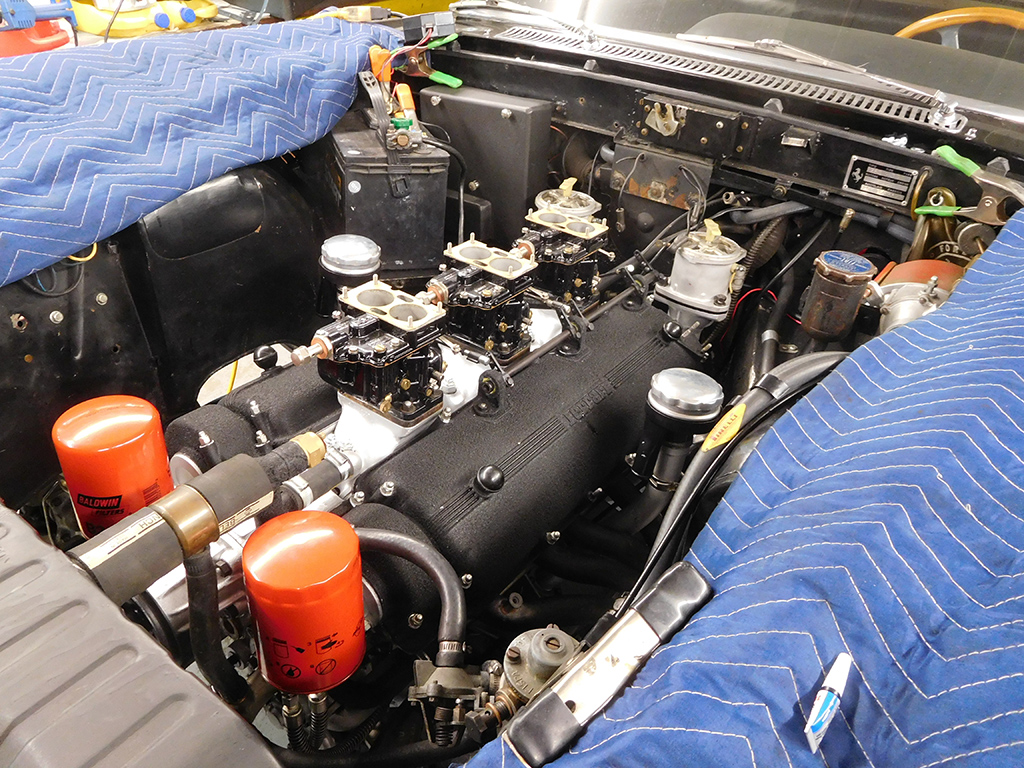 Getting the engine back into the car was the easy part. I still had a long list of things to do before firing ‘er up!

Connect all the temp senders

Connect whatever else I forgot! 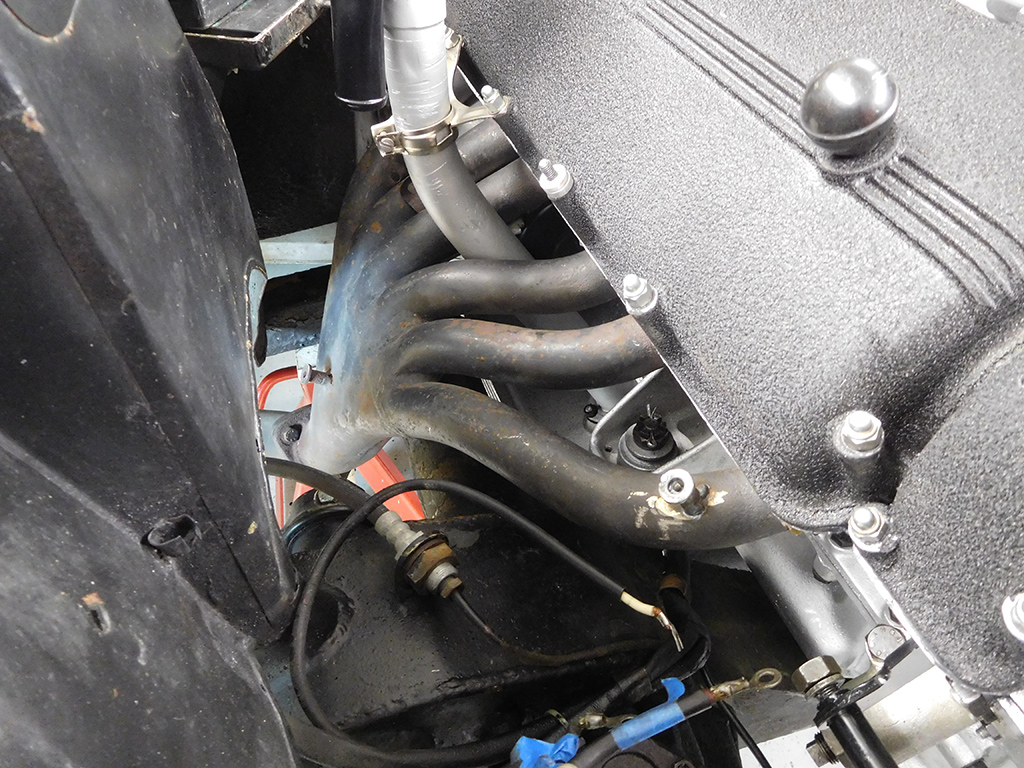 Each step of the way had it’s little challenges, and I paid close attention to how everything went together so they would come apart easily so the Latvians have it easier.