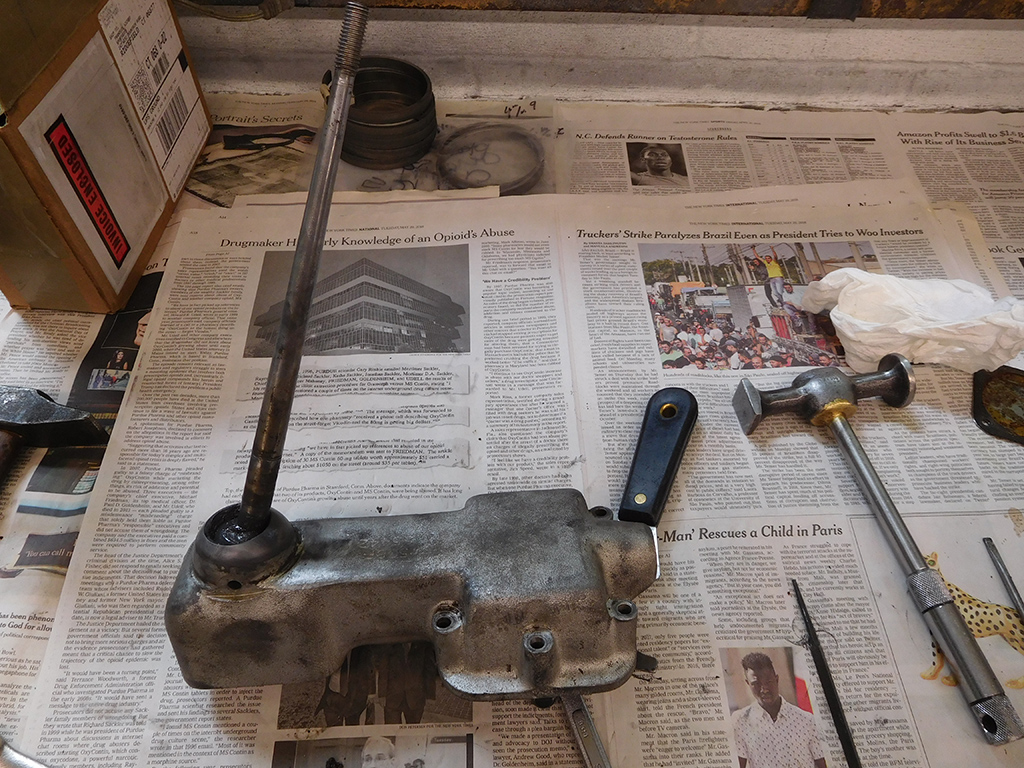 I started a transmission rebuild by first addressing the shifter. 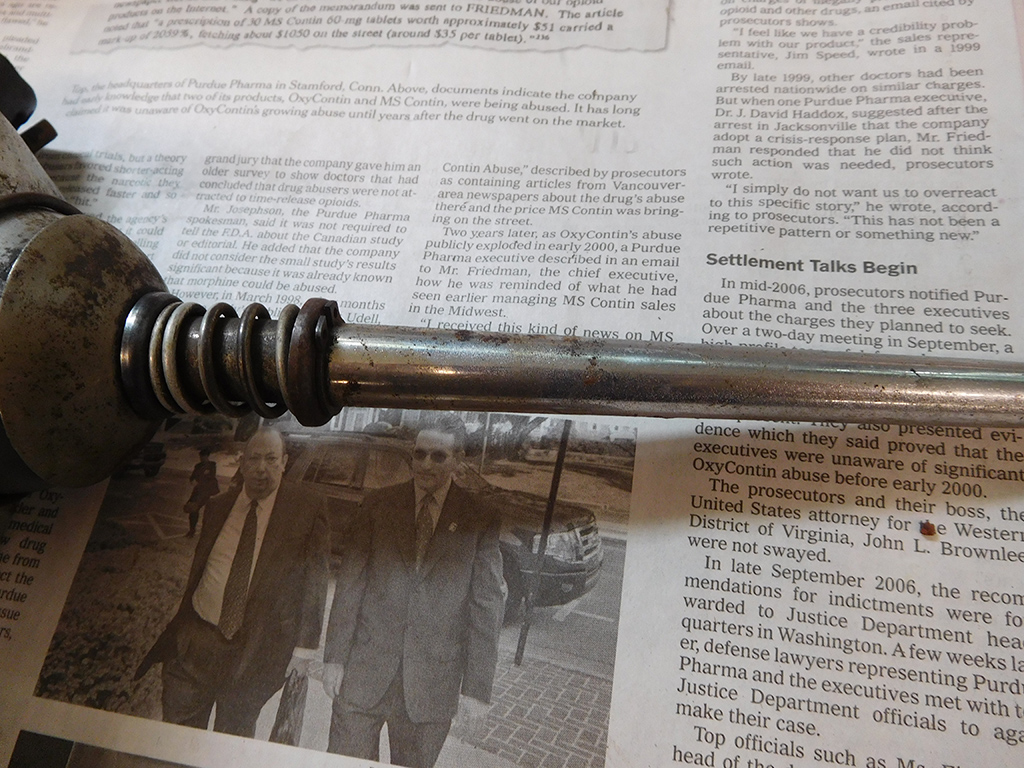 The shifter lever has to be sent out to be rechromed with enough time to have my plater do his thing and be back in time to put back on the rebuilt transmission. 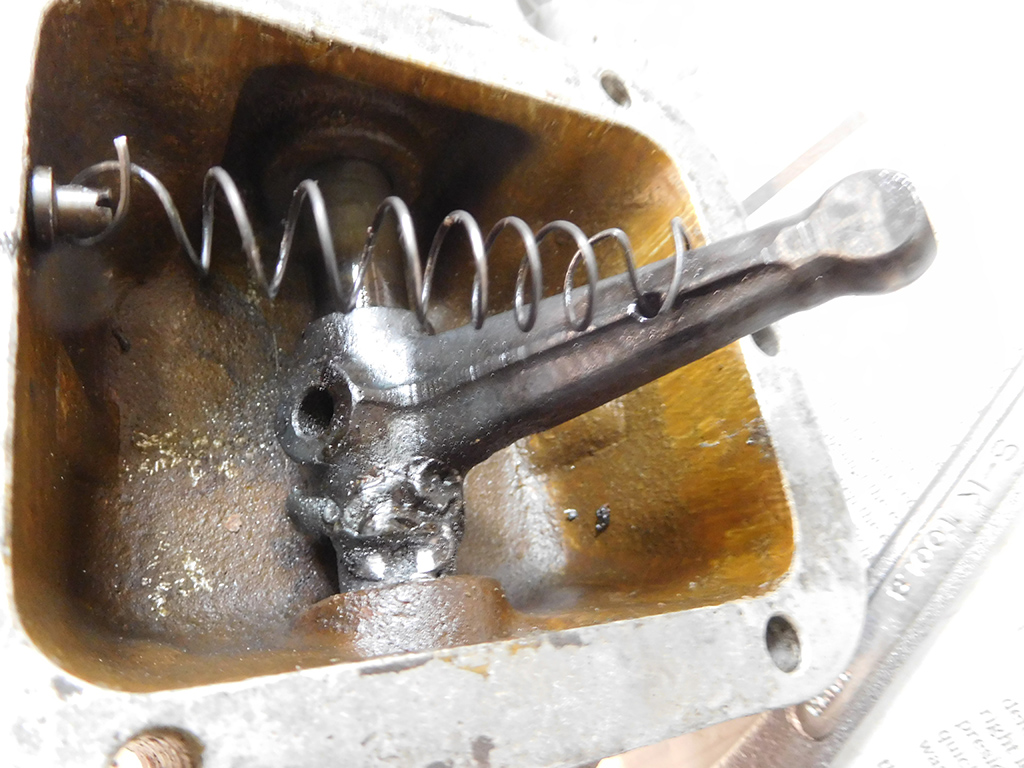 Taking the shift lever out turned into a more involved job when I discovered a hacked up repair. It looks like a locating bolt must have broken or sheared off and instead of repairing it correctly, a previous shop decided it was easier to weld the parts together. 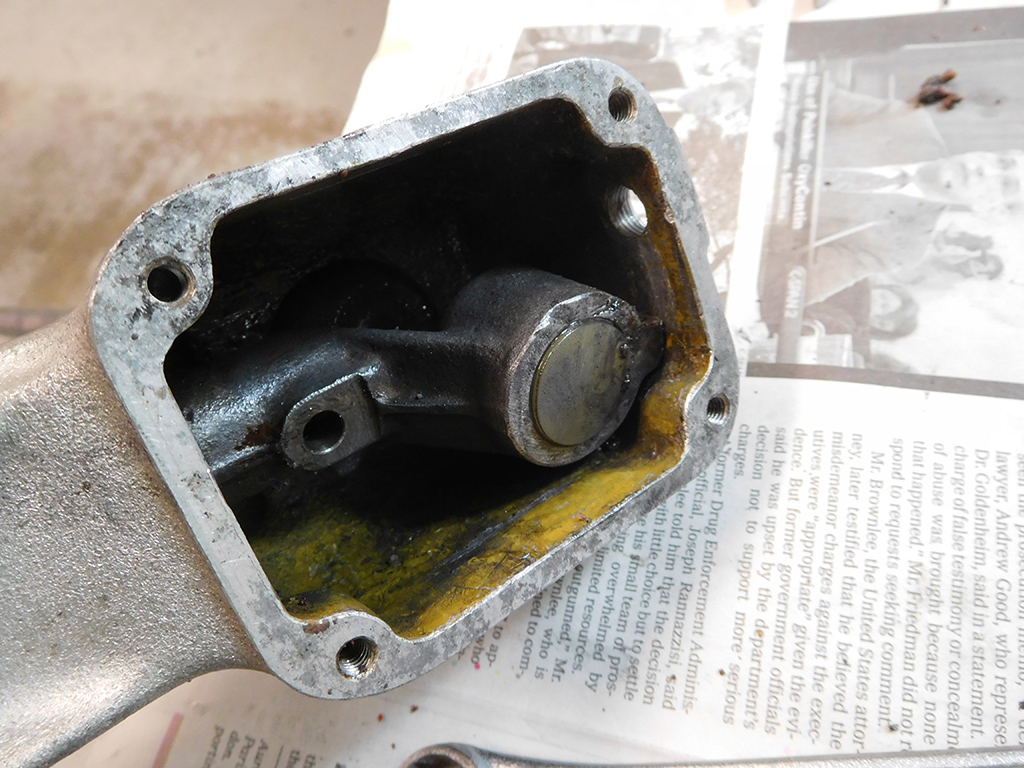 The previous shop disassembled the shifter the last time to replace the bad shifter bushing and they probably thought no one would be taking this shifter assembly apart again, but they should have rechromed the shifter while they were permanently welding the parts together! Now I was stuck trying to get the shifter lever out with the parts welded together. Thanks, you &$#*! 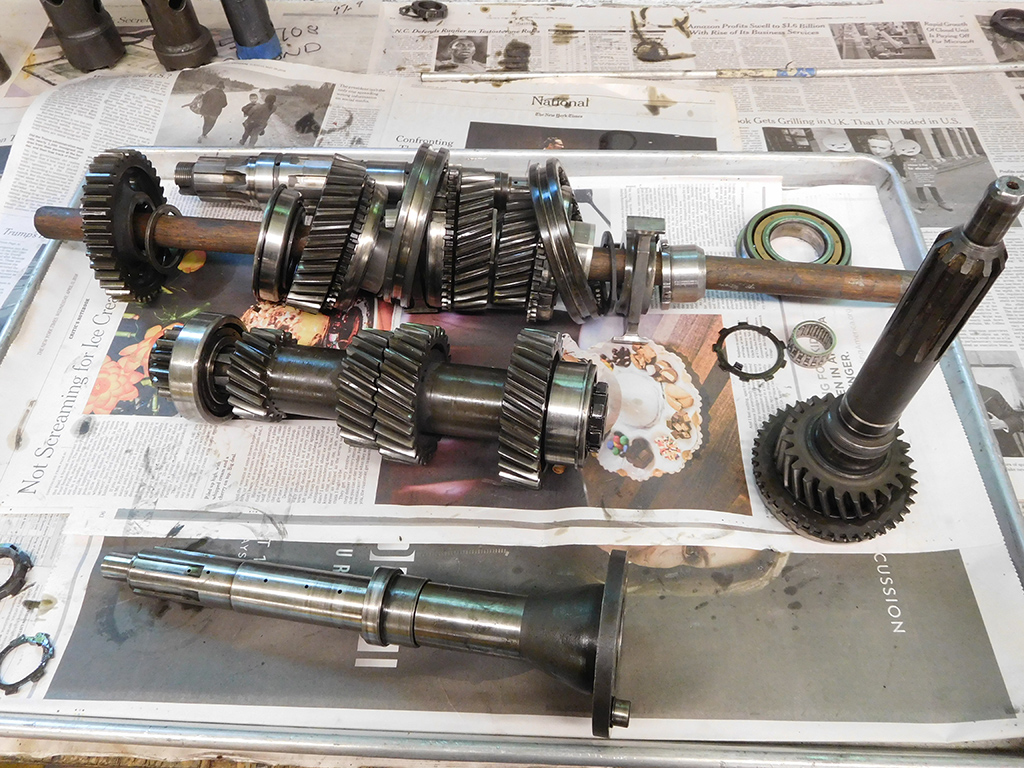 The rest of the transmission came apart with a lot less trouble.