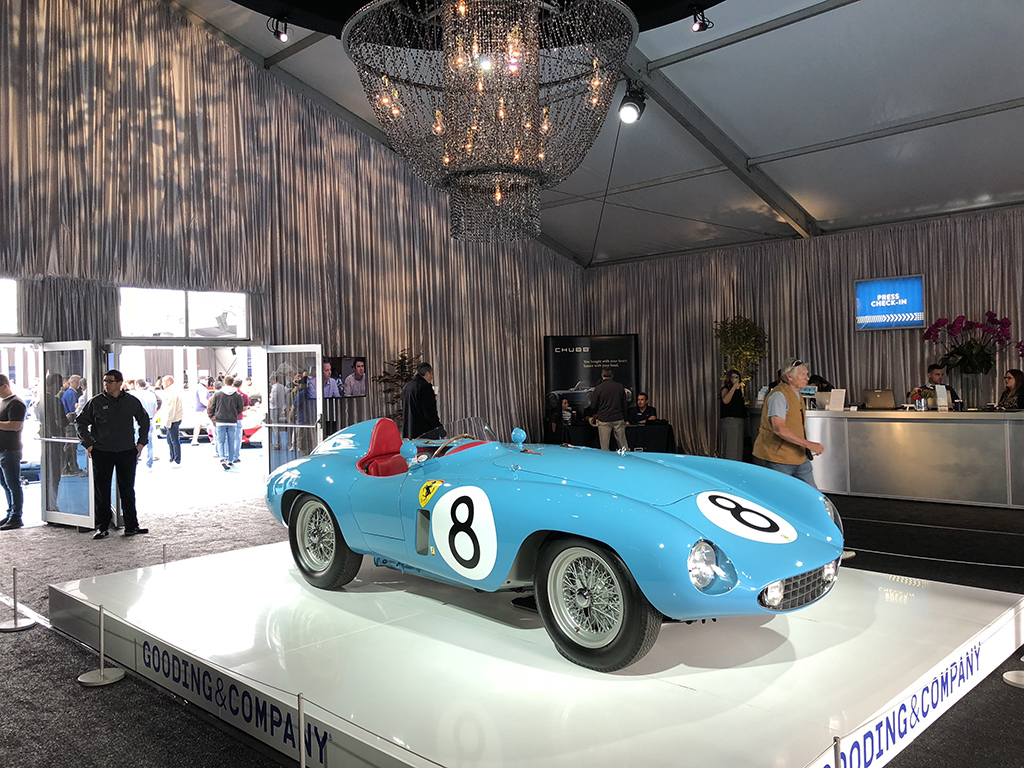 The first day or two after I arrive on the peninsula, I had to secure tickets, passes, and a plan on how I will see all the things I want to see. Unfortunately there just isn’t enough time to see everything I wanted, but I definitely wanted to see the 500 Mondial that belonged to Admiral Phillips, the cover car of the Gooding Auction! 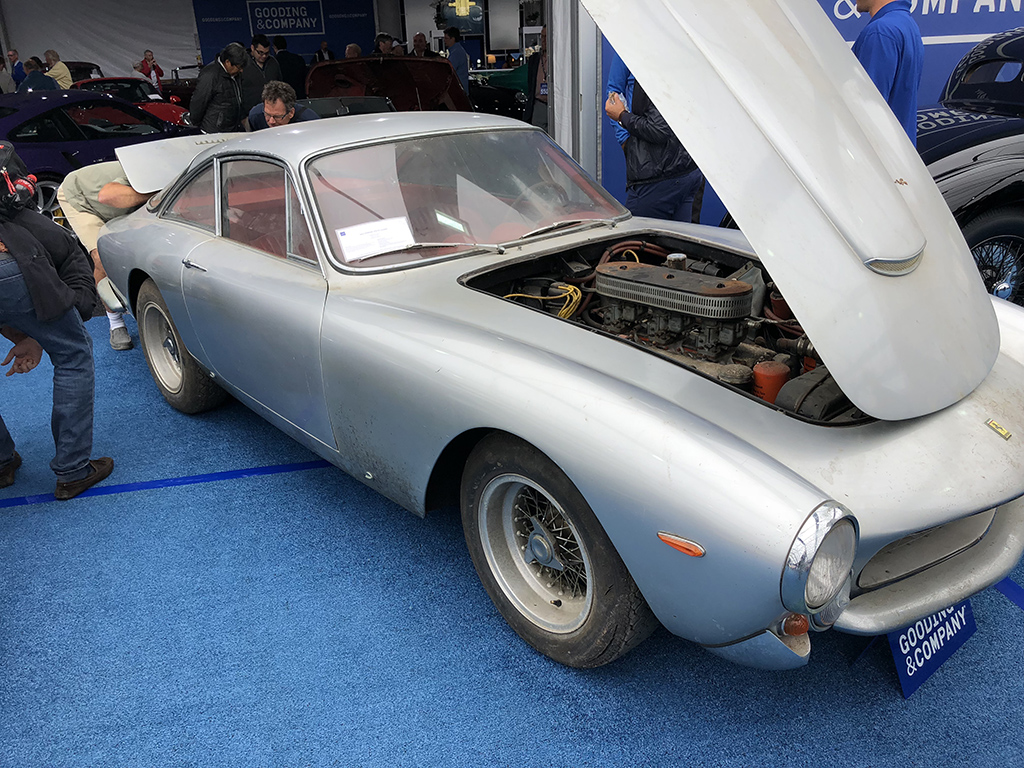 Attending the Auction Preview, I took a look at this “survivor” Lusso. I often take offense when I see cars like these sell for the same if not actually more than a comparable restored car. There is a wide line between a survivor car and a worn out car in need of a total restoration. I am always watching at what these sell for to make sure people have not lost their minds! 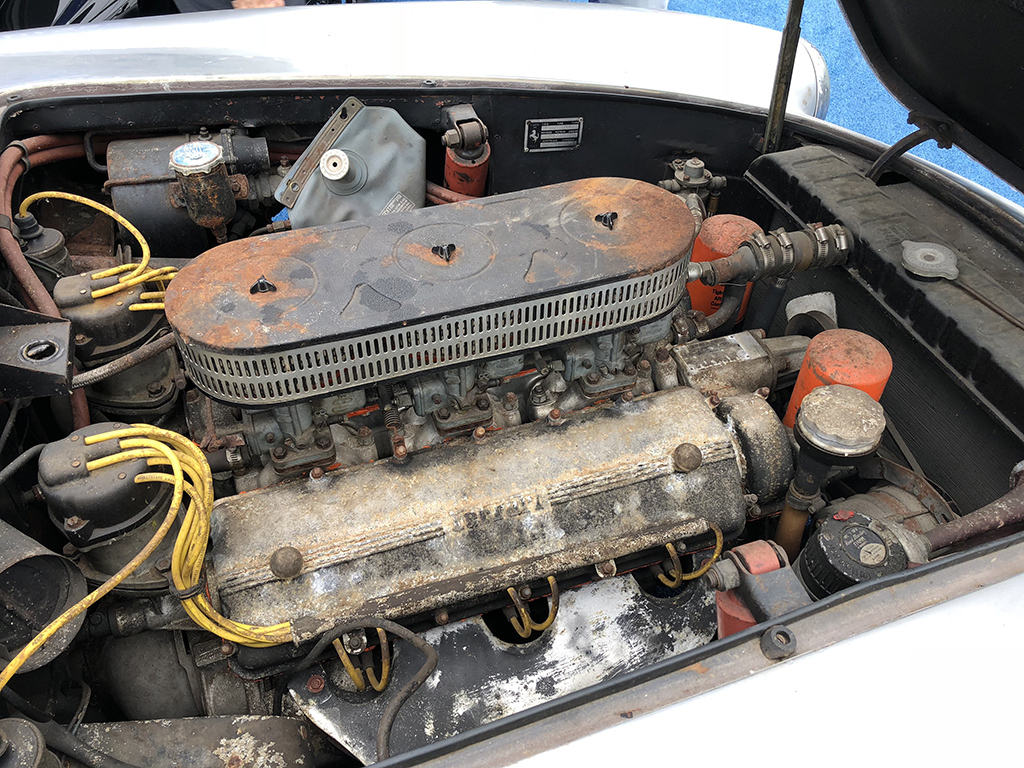 Looking at the engine compartment with a couple of my fellow mechanics, we all shuddered at the idea of getting this engine to run again. 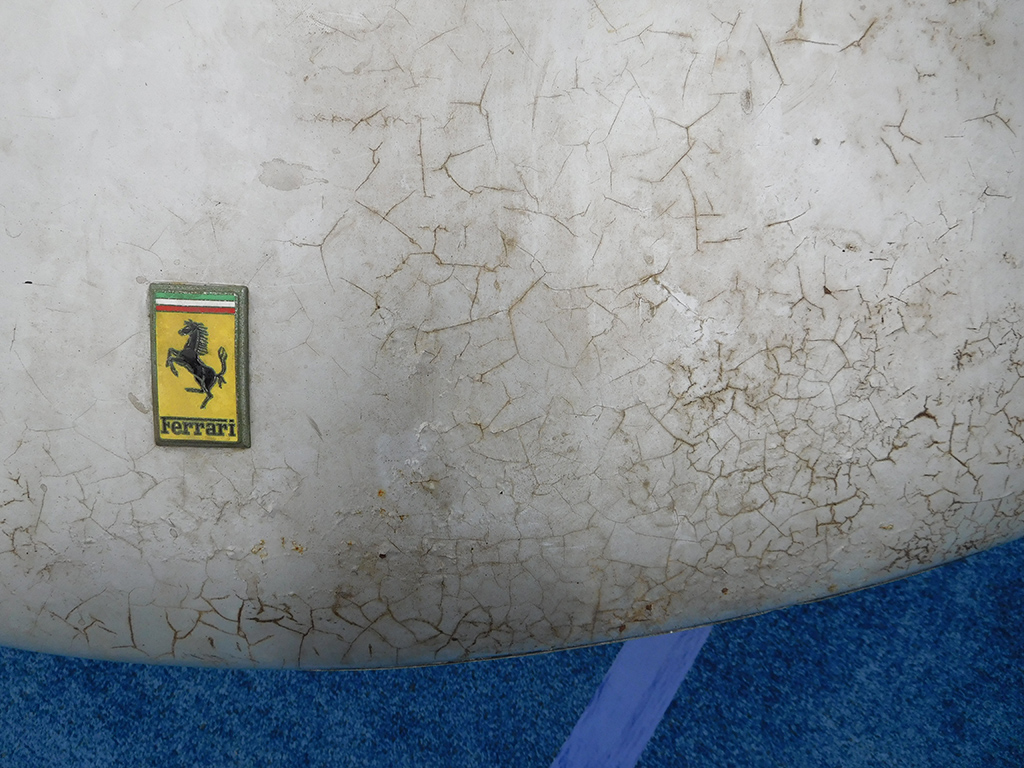 Don’t get me wrong, there was some wonderful “patina” on this car, that can be appreciated as an art form, but let us not forget this was once a beautiful automobile that not only looked good, but drove well too! I think the bidders agreed. The auction result was very close to the cost of the car minus the cost of restoration. I hope that means whoever bought this car will have it restored to her former glory! 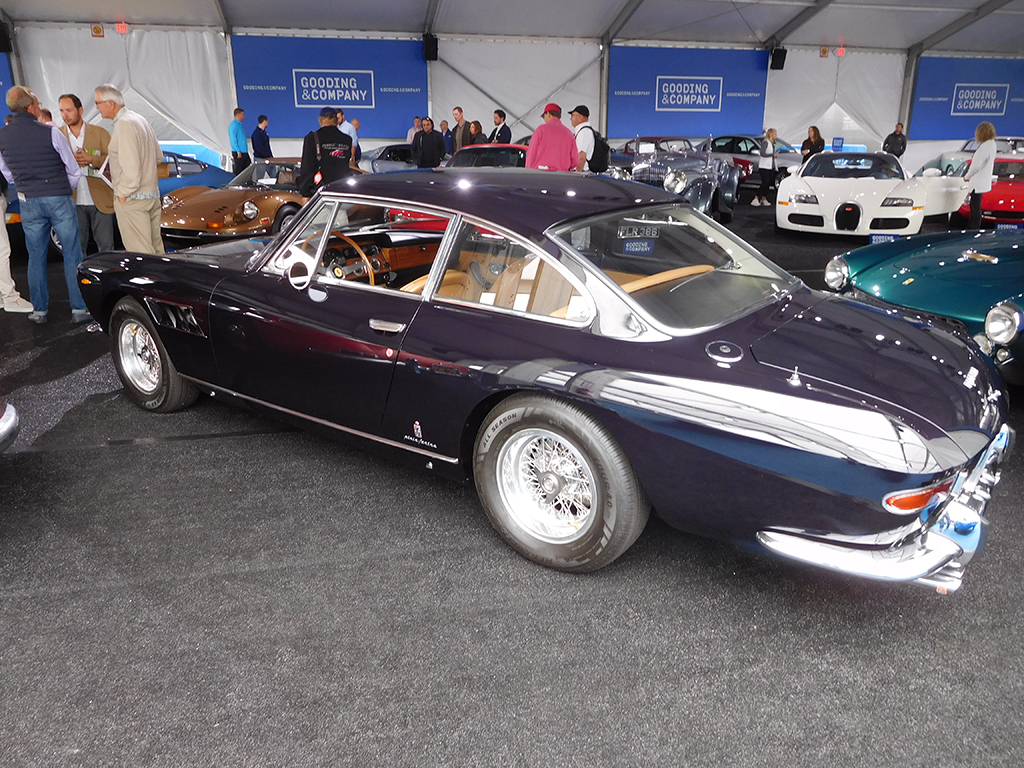 The Ferrari 2+2 market seems to be softening a bit, as I believe this SII 330GT failed to sell on the block a few days later. I actually find this encouraging. As prices fall a bit, it allows people who felt they missed the time to buy a Vintage Ferrari to reconsider. 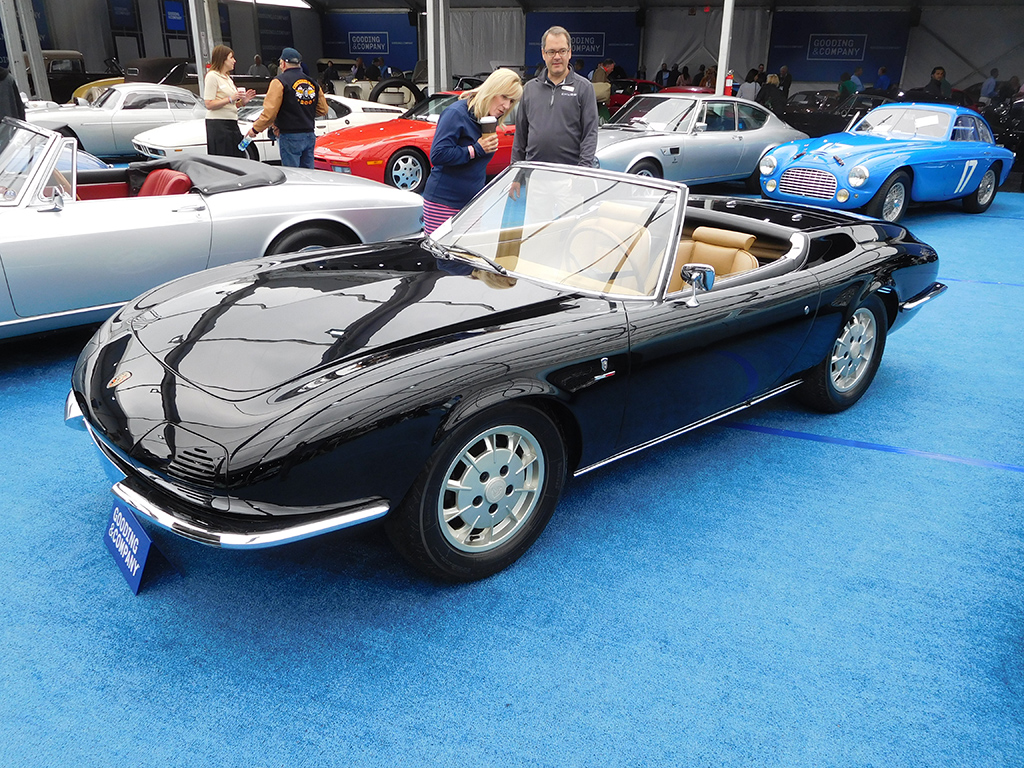 The auctions always brings out some interesting cars, like this Porsche 911 based convertible. Neat car. Bertone was the designer? 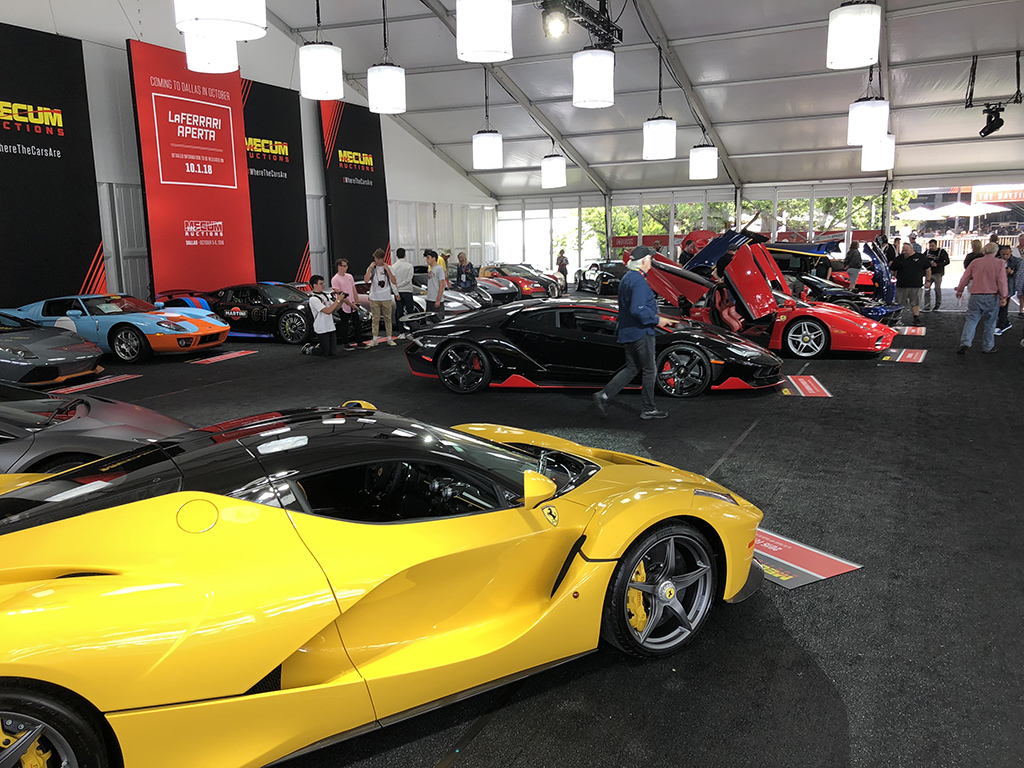 I had a couple clients listing cars with Mecum across town, so I stopped by to see hundreds of cars up for auction. I heard over 600 cars were consigned. I was surprised to see two La Ferraris in Mecum. At Mecum! 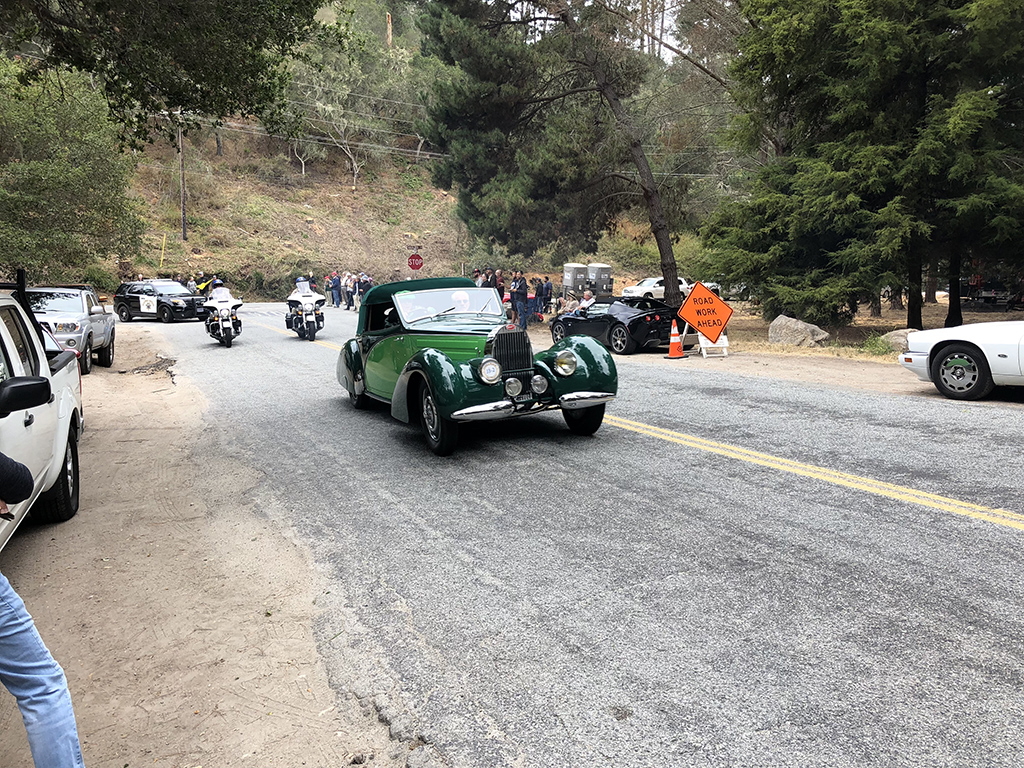 The amount of car activities begins a lot earlier than most people know, and even a whole week in Monterey is not enough to see it all. I managed to catch some of the Pebble Beach Tour by viewing it along the route on the Thursday before Pebble Beach weekend. It is always great to see these cars used as actual transportation, and some for better or worse! 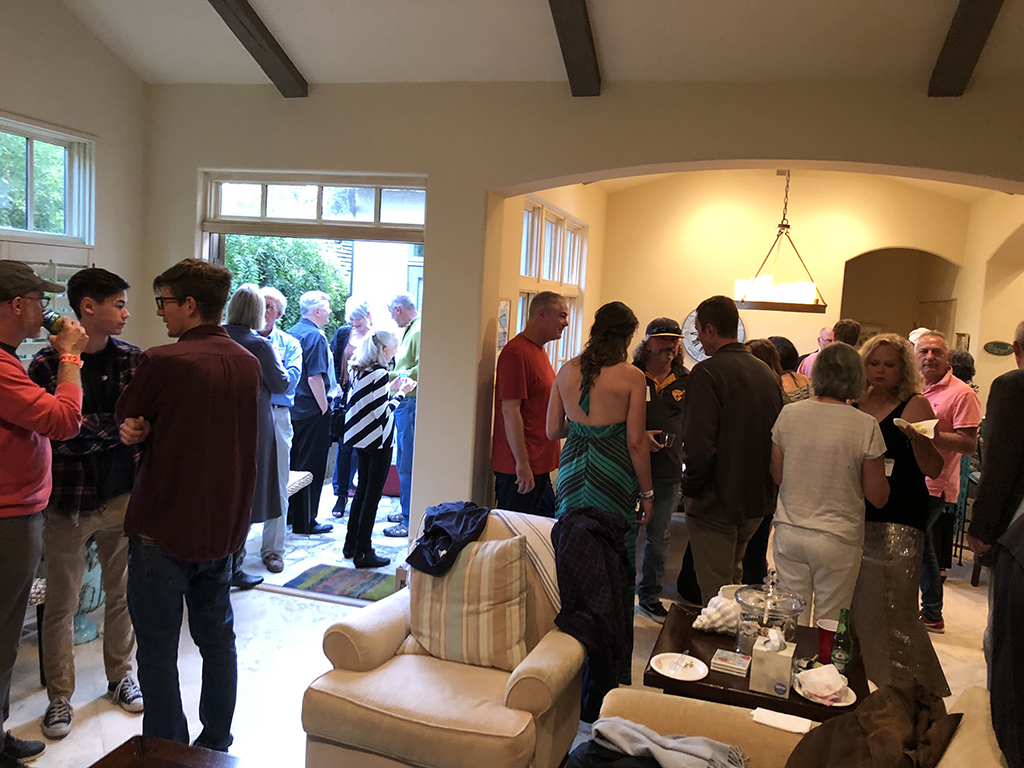 Thursday at Monterey concluded with my Tomyang.net Cocktail Party in Carmel. The Coady’s generously offered the use of their house instead of Quail Lodge where the party was held previously. Over 75 people were in attendance, and it was nice to see everyone all together!