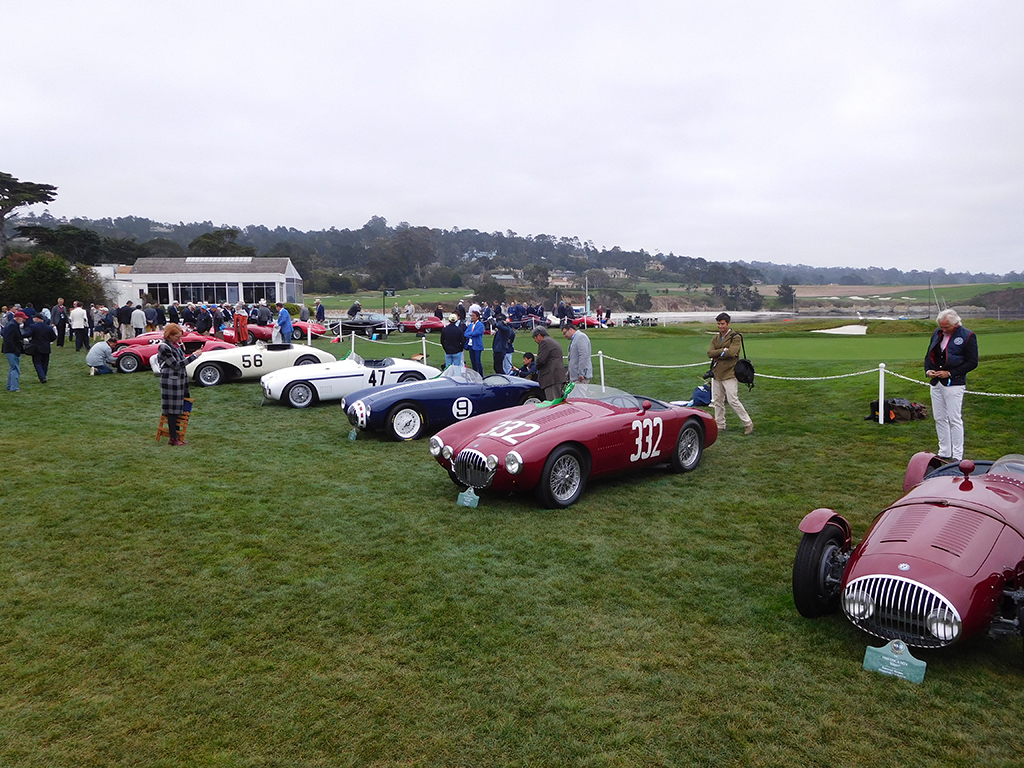 Pebble Beach was the finale of the Monterey weekend, and it didn’t fail to please. With collections of special cars like this grouping of OSCAs, where else in the world would you see so many? 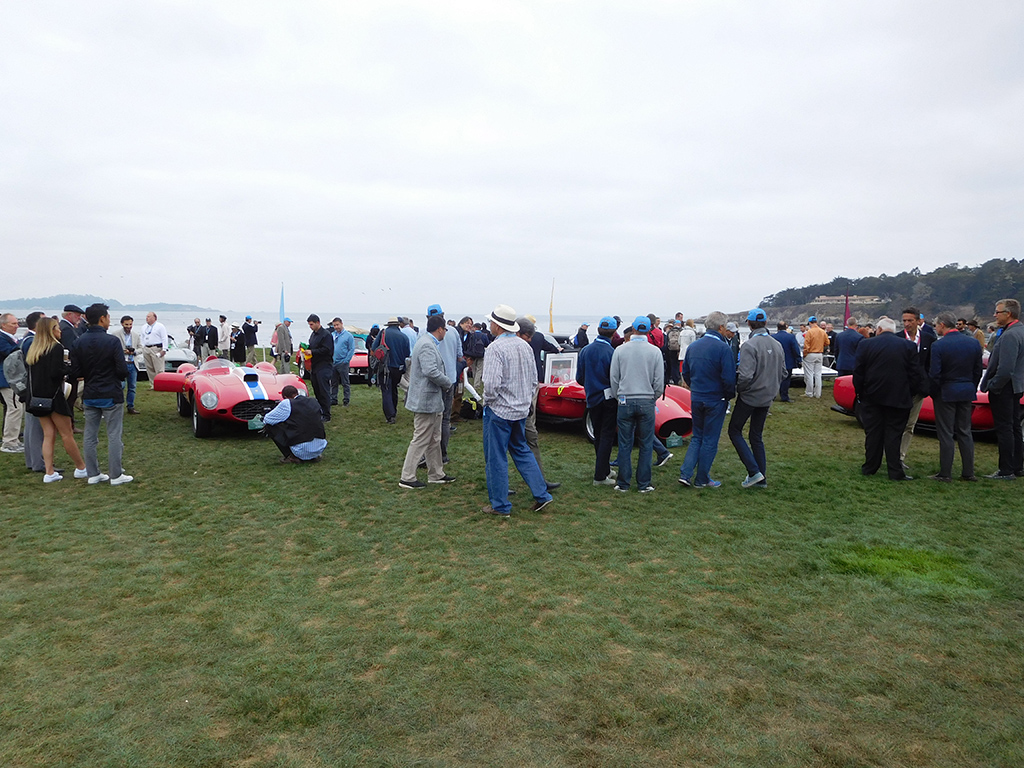 As usual, the best time to view the cars is early. The crowds are thinner, and cool damp Monterey weather in the morning is refreshing compared to the hot sun in the afternoon. 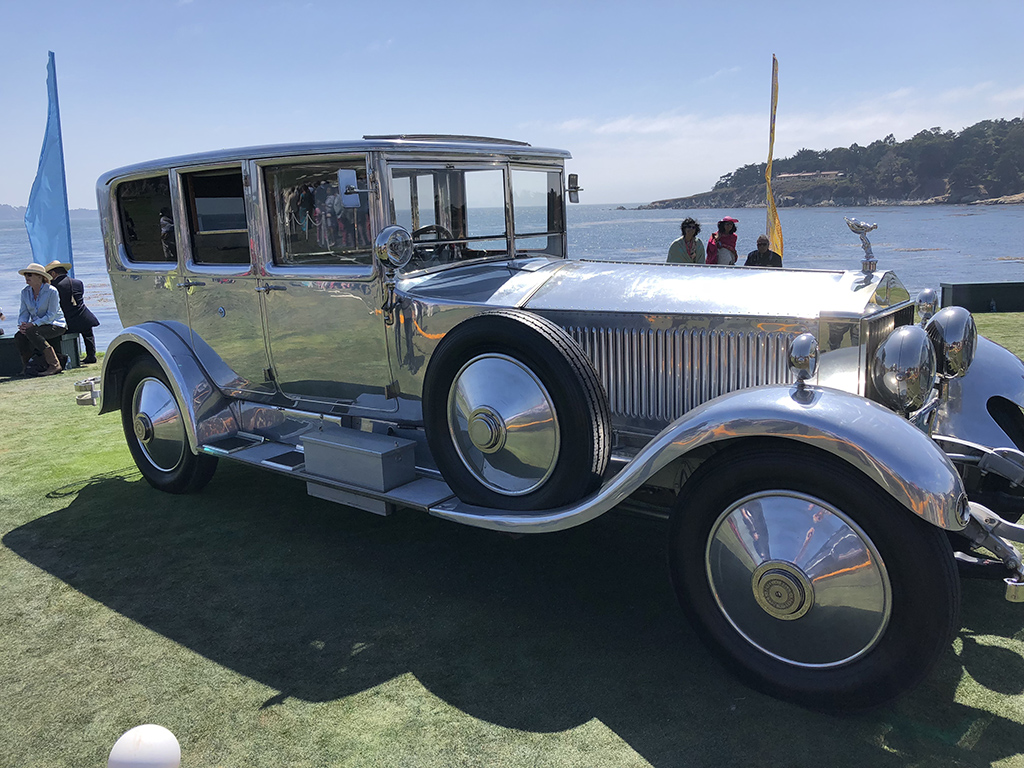 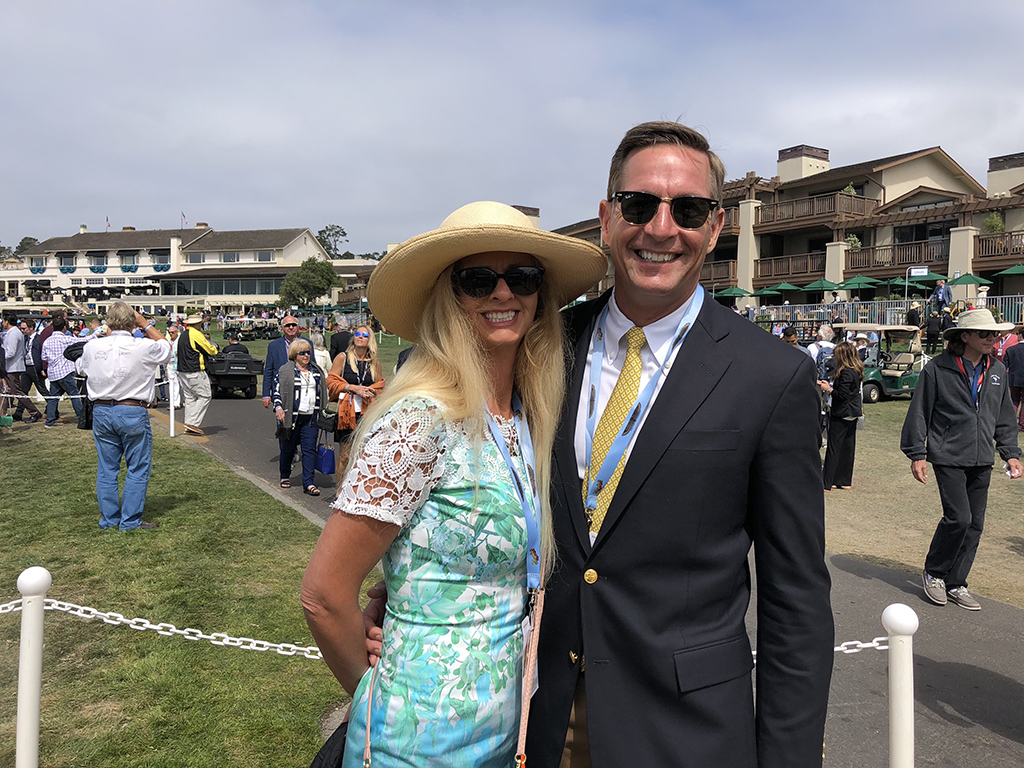 There are always familiar faces at the Concours, and Gary and Suzie Hiniker are East Coasters that often make the trek out each year to see the cars. I would cast my vote for these two as the best dressed couple in Monterey! 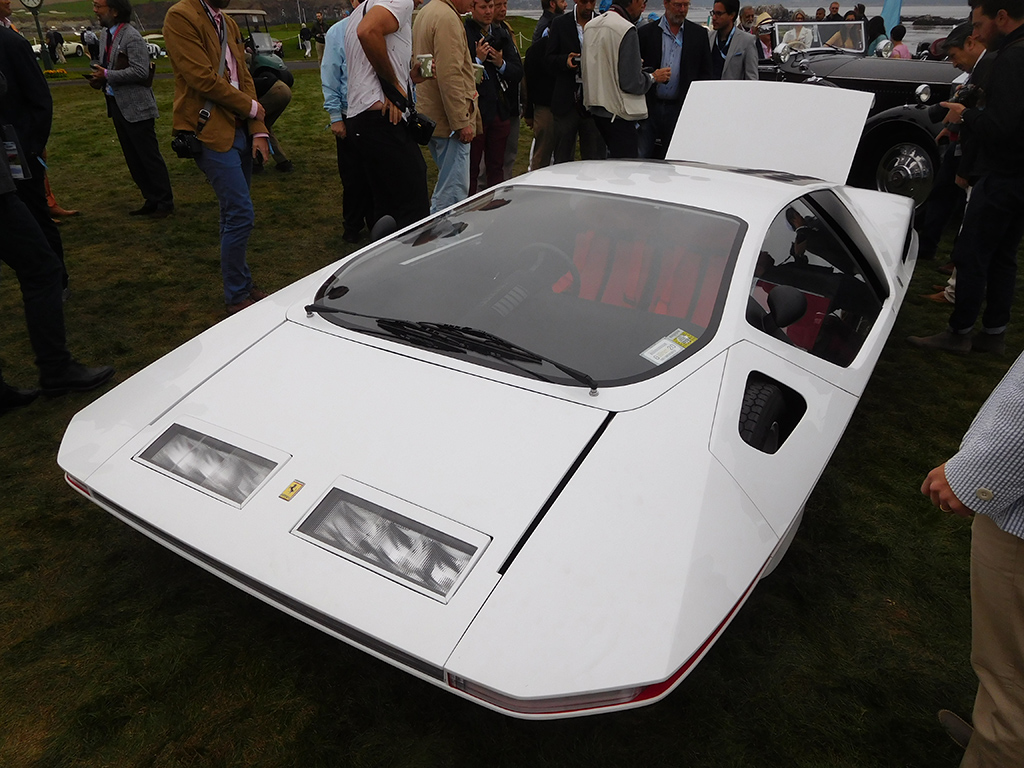 I wanted to mention a special car that was at Pebble Beach and send a shout out to Jim Glickenhaus and his son. I met these guys several times in the past and this time they brought this special 512S Modulo Concept car. Not only was this car one of a kind, but a treat to see among all the rare cars at the show, but the real treat was seeing how enthusiastic the Glickenhaus’ were when showing their car. 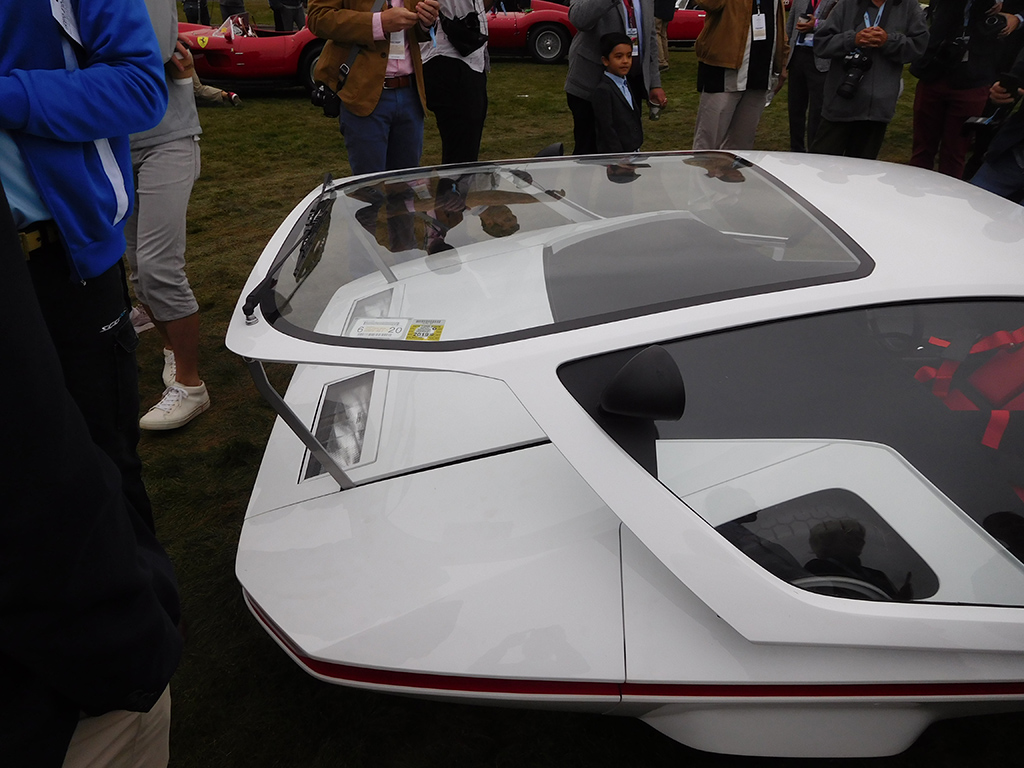 This car was a visually striking and more spectacular by the way the front door opened to the passenger compartment. Jim and his son tirelessly opened that door dozens of time throughout the day showing the steady stream of onlookers. 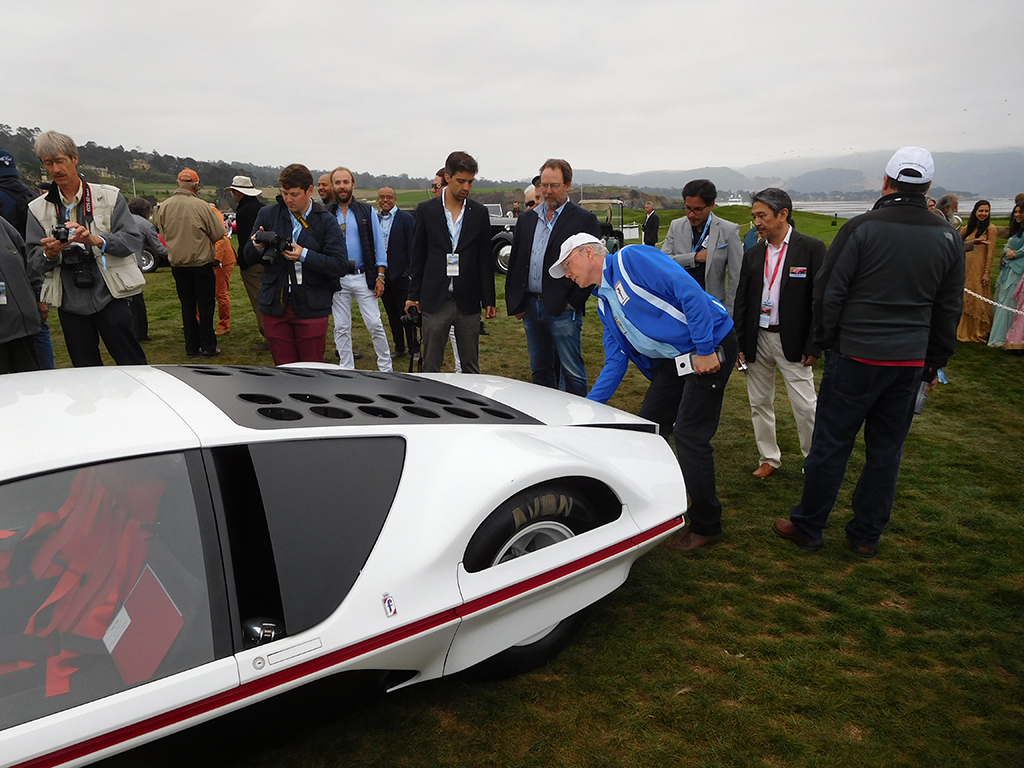 Jim stayed with his car all day, and never stopped personally showing the car to spectators and journalists alike. At a show like Pebble Beach where many owners have “handlers” that care for the car, and show it to the judges, Jim was much more accessible and engaging to everyone. A true diplomat of the hobby. Thanks Jim. 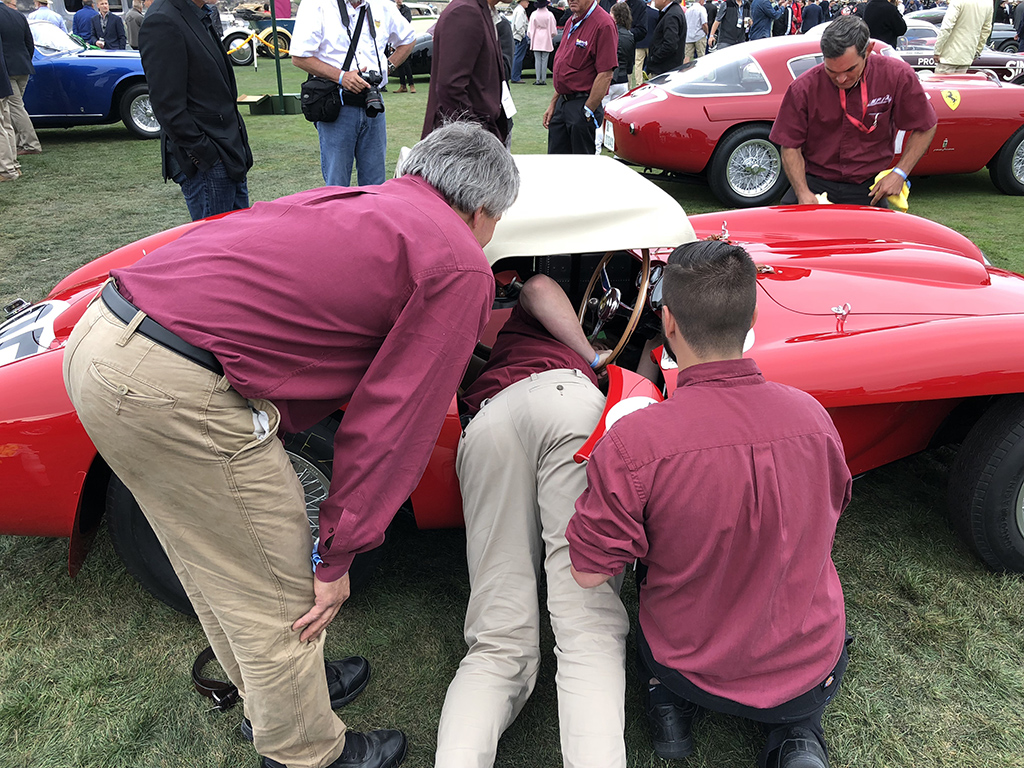 Speaking of handlers, there was some kind of commotion at the 250 Testarossa on the lawn. The army of guys at Motion Products were on the case, and I have certainly been there myself fixing some last minute problem on a show car. I’m sure they got it all sorted by the time it counted! 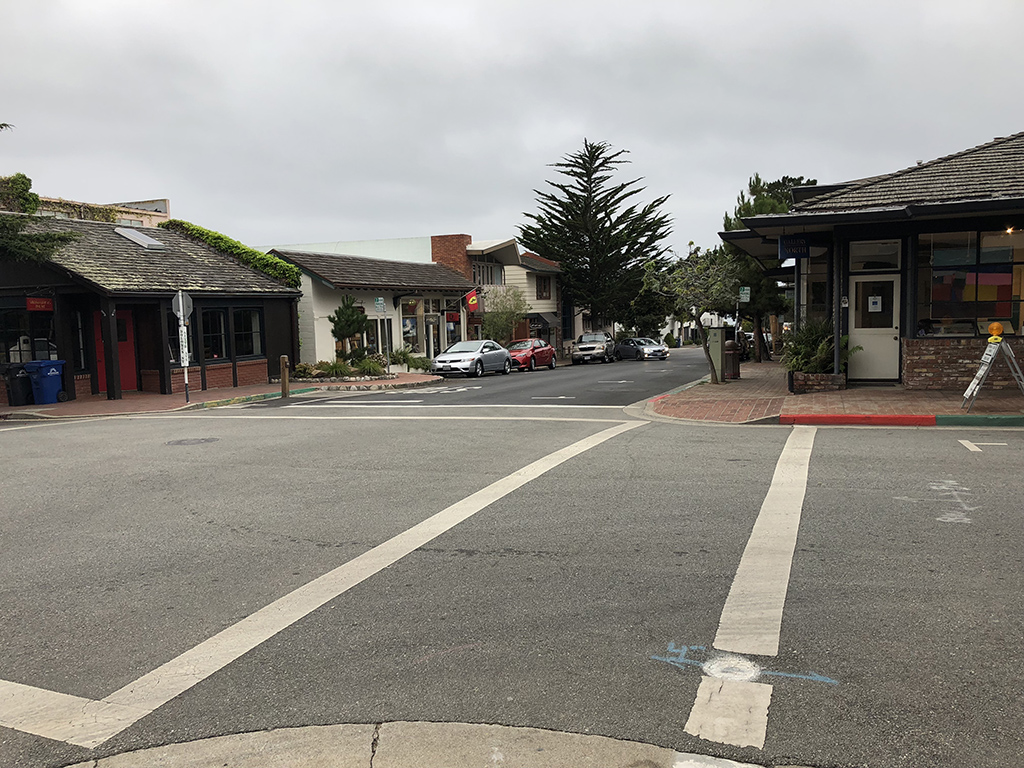 Monday morning on the streets of Carmel was like a ghost town. This is the second year in a row when I get together with a few friends of mine for breakfast in Carmel-by-the-Sea before heading back to our respective lives and homes. The locals would slowly be coming out of hiding, and those noisy cars would get loaded onto their trucks ready to come back next year!