Addition to the Stable 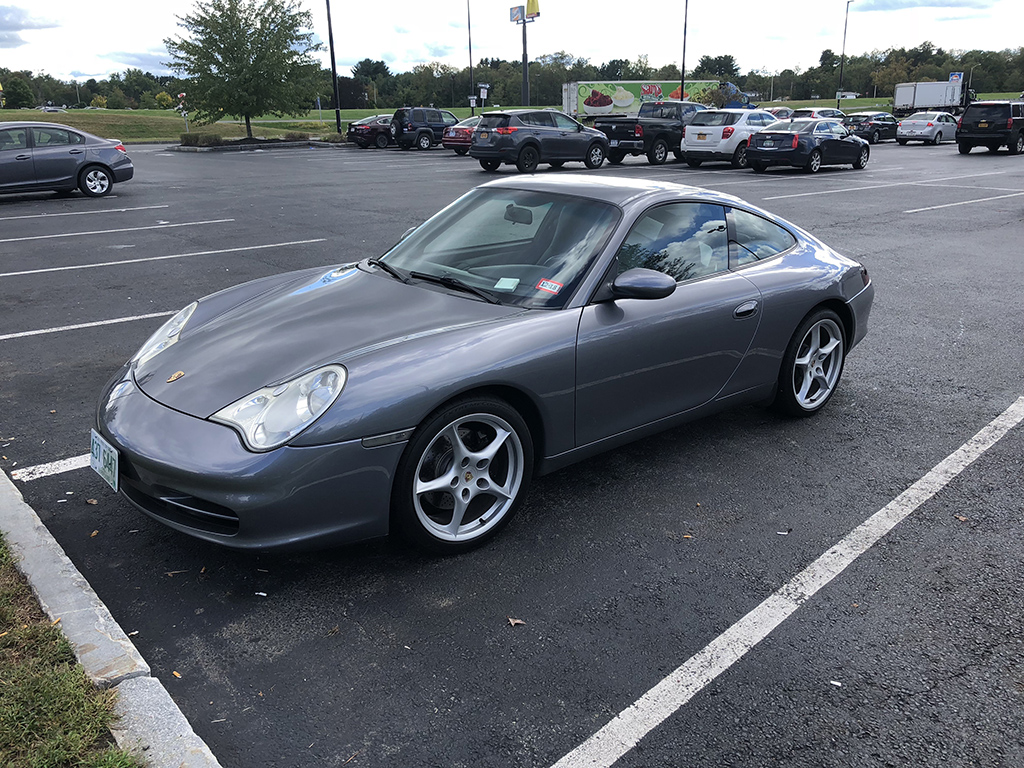 It’s been about 15 years since I sold my ’72 911. Porsches are polarizing. You either love them, or you don’t care much for them, and I think I’m the former. My passion is with Ferrari, but I guess Porsches are still on my mind since I just bought a 2003 Porsche 911! To Porsche fans, this model is known as the 996, and it’s the first generation of the water cooled 911s, after decades of air cooled, rear engine, 911s, Porsche wanted to make a modern version of the flat-6 engine for more horspower and meet emissions standards. I got away from Porsches at the same time in 1999, and perhaps was a little disenchanted with not only their water-cooled direction, but also because they sacrificed prototype racing to build a SUV,…but I digress.

I drove a couple of these 996s and was actually impressed. Yes, it felt way heavier than my old ’72 911, but it still had the “push” only a 911 can have from the rear of the car. This particular model had a mechanical flaw in the intermediate shaft of the engine that made them depreciate a little more than other models, but a repair solution is available and many of them have been fixed. Looking back at the history of the 911, there were some previous versions that also had problems, but solutions are available, and proper repairs were made. Broken head studs on the 2.7 engines come to mind, and today most of them are fixed and driving fine. 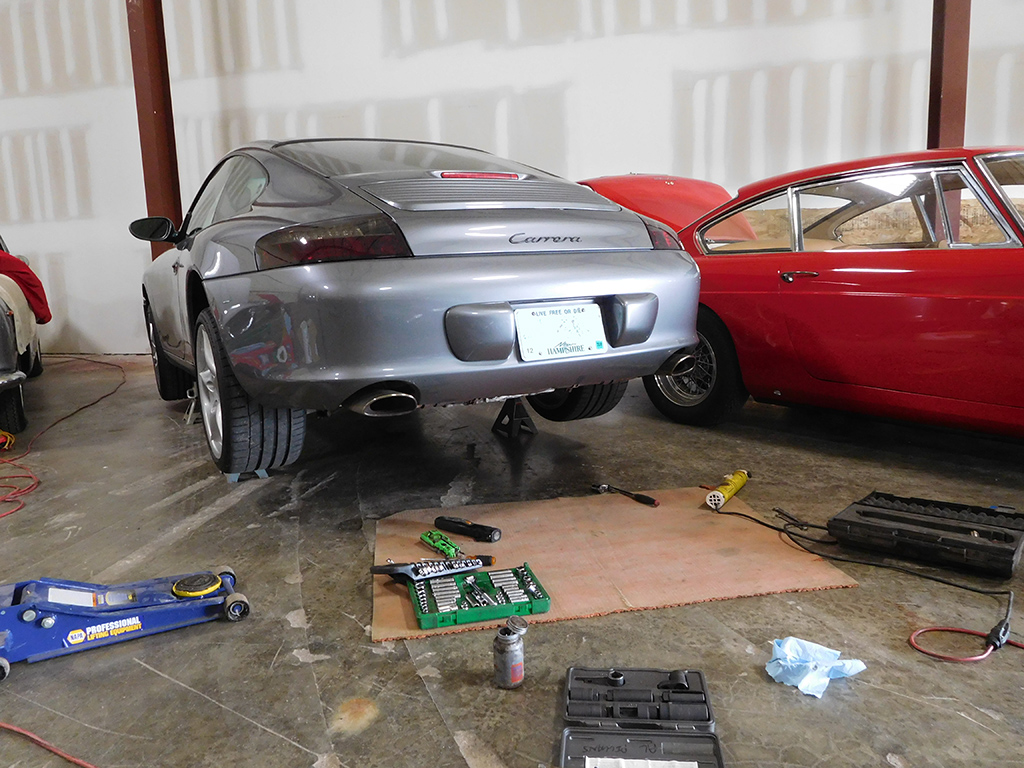 After driving the car home, I immediately had her up in the air to replace the catalytic converters. I bought this car knowing they needed to be replaced, and the parts came with the car. This car is a bit of an experiment for me, as it’s a pretty modern car, but I want to see how well I can work on it myself. Unlike Vintage Ferraris, Porsches have a huge support network on the Internet, so there’s a lot of information on these cars. Common problems are often discussed, and solutions offered. It’s very different for Vintage Ferraris, where sometimes I feel there are only three places to look for help with a Vintage Ferrari, and this website is one of them!

As with most exhaust systems, the bolts were pretty rusted tight, so I borrowed my friend’s induction heater to free up the nuts on the muffler clamps. 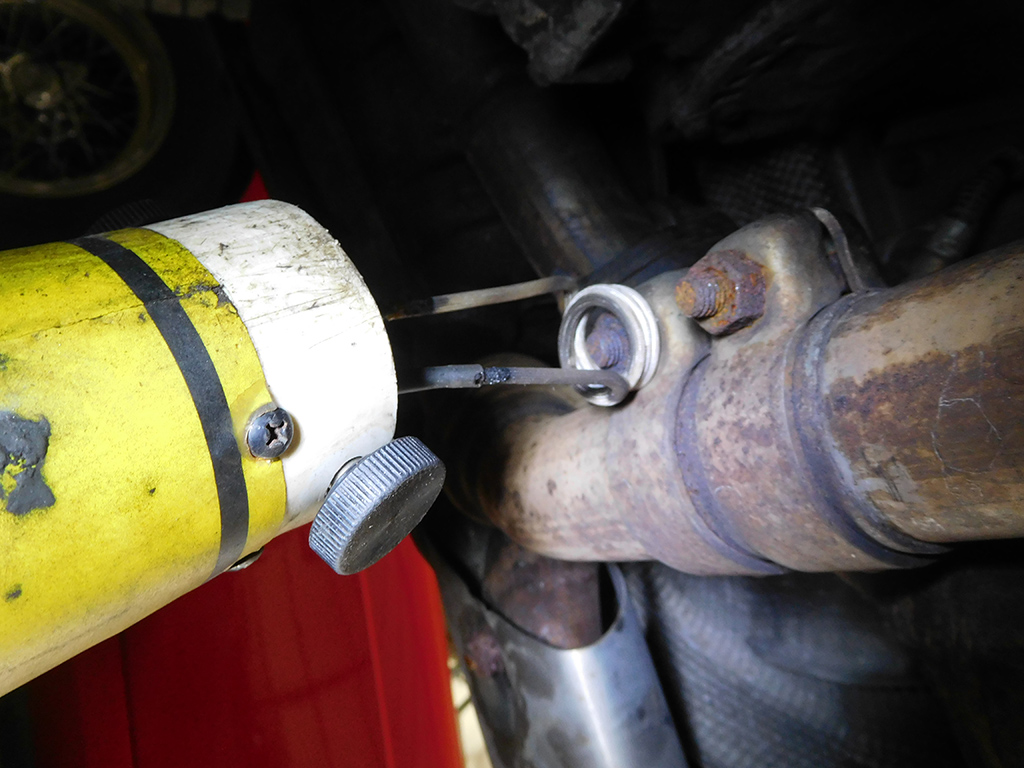 Normally, I would fire up my Oy-Aceltene torch to heat up the nuts red hot, and take the fasteners off, but this was a much more elegant approach. 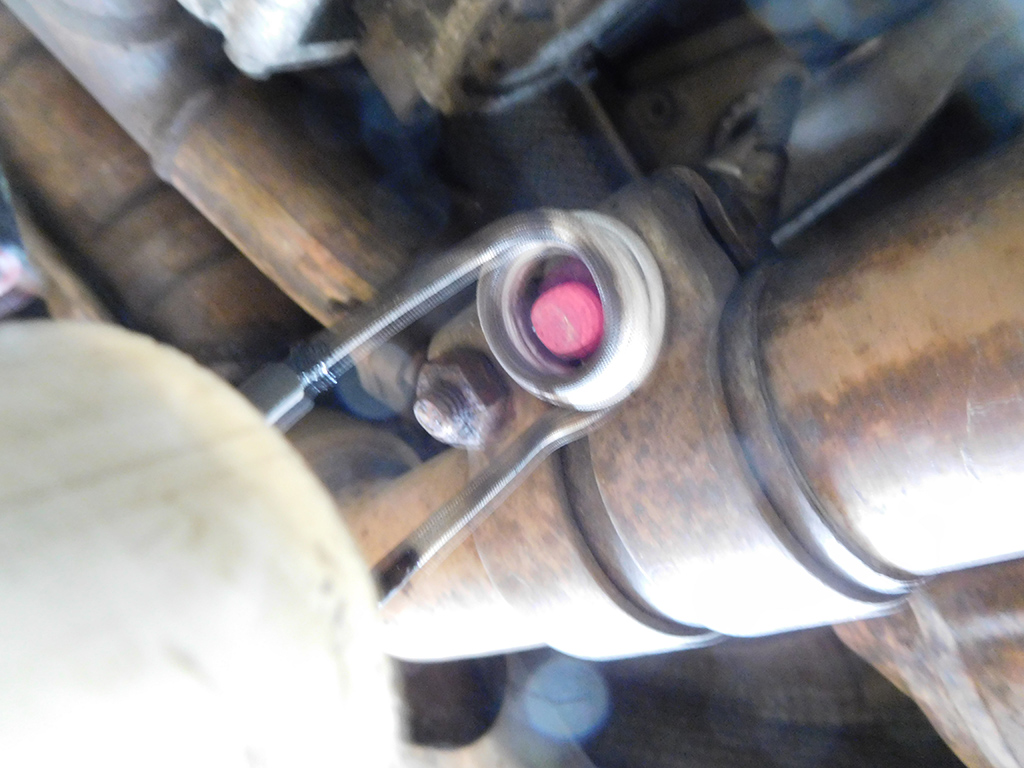 In less than a minute, the bolt and nut would glow red hot from the DC induction, and I could get a 6-point socket to work the nut loose. Worked like a charm!

For those that care about the details on this car:

Now, let’s get back to talking about Ferraris!