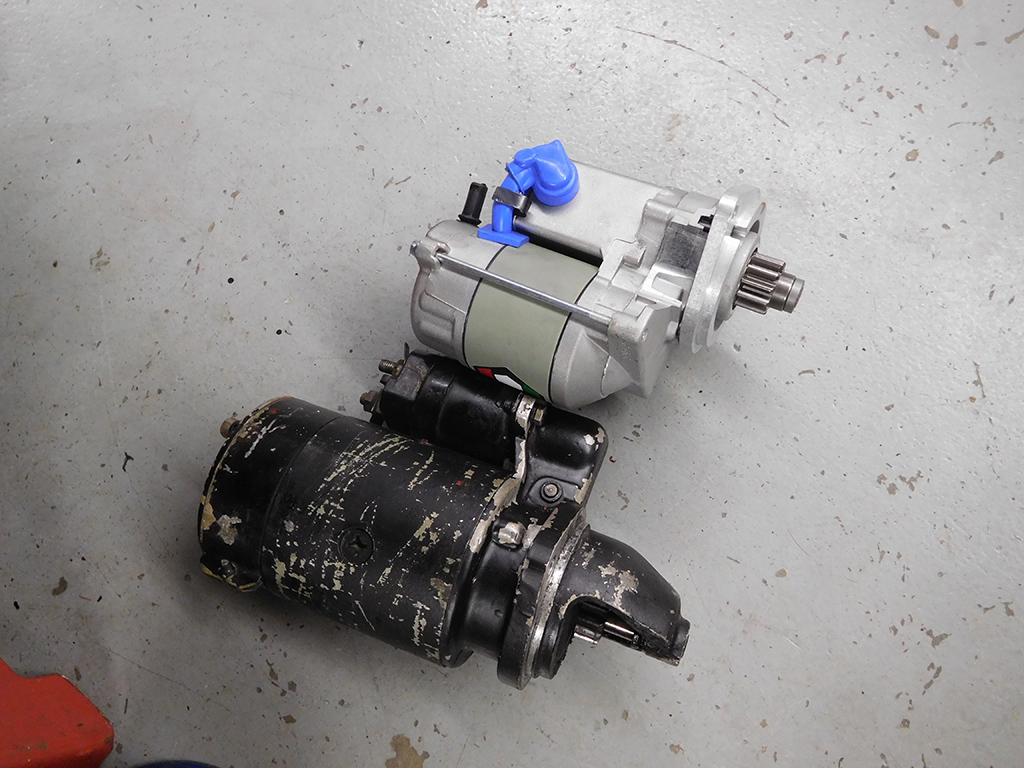 We decided to install a new high torque starter on this Dino we’re working on. You’ve seen us put these in a bunch of times, and there are a lot of advantages to do this. The modern starter draws much less power to turn the engine over than the original Marelli starter. With less power to the starter, there is more voltage going to the ignition system, allowing the engine to start much better. In the case of the Dino, installing and removing the starter will make it a lot less complicated. None of the exhaust has to come off, or the parking brake mechanism, but I still had to put all this stuff back on since the old starter had to come off! 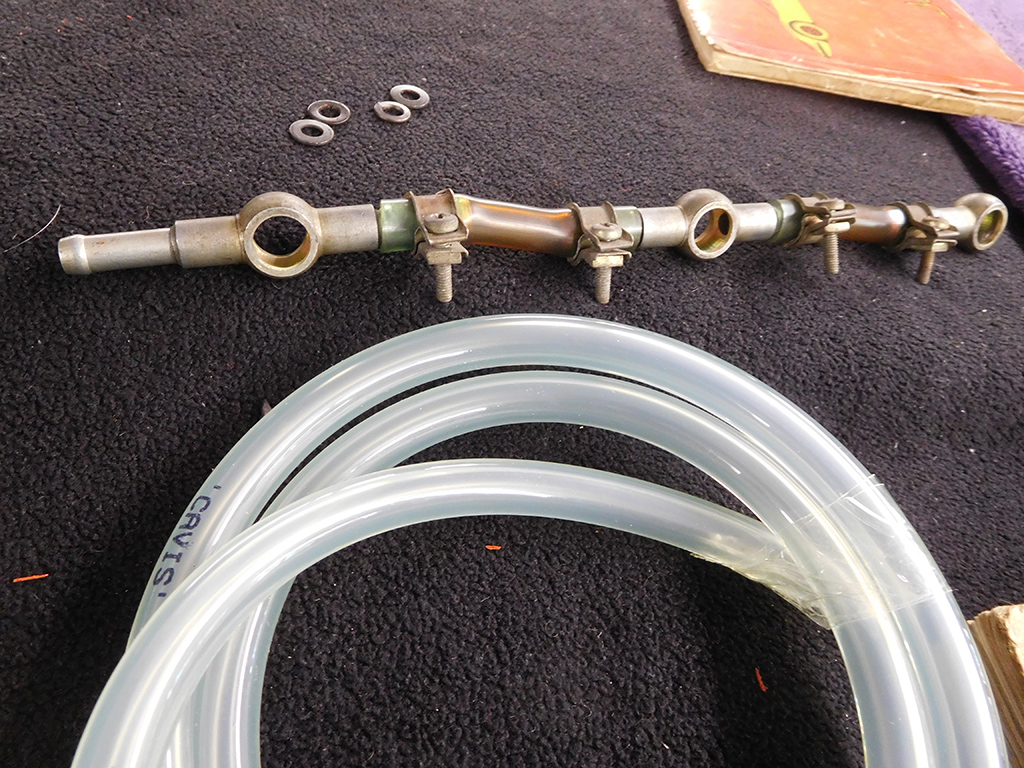 I got some new fuel hose for the fuel rail from Superformance in the UK. The “CAVIS” hose they supply is not as green as the original, but has a light green hue to the hose. They also sold me many of the crankcase vent hoses I needed for this car. It’s pretty boring stuff to write about installing hoses, but it’s getting done!