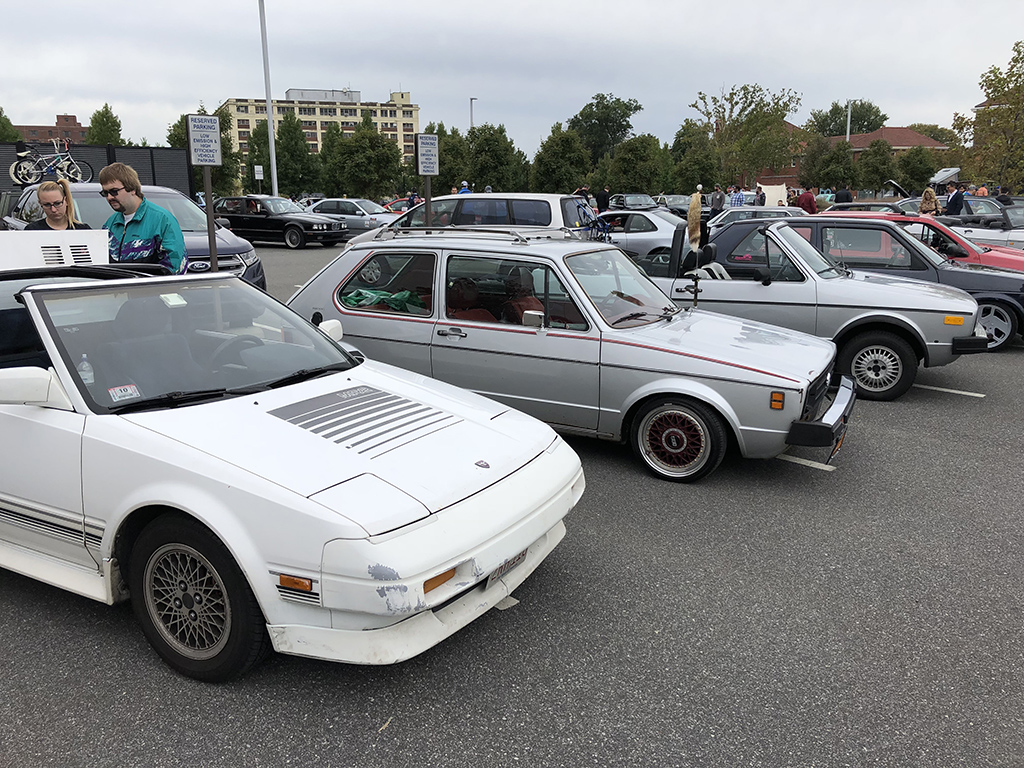 I drove down to the Philadelphia Navy Yard last week to attend a different type of car show. Radwood is a car show that celebrates the cars and culture of the 80s and 90s. It’s name comes from a combination of “Radical” and “Goodwood” with the former paying tribute to the English car show celebrating the 40s, 50s, and 60s. Radwood encourages attendees and spectators wear period clothing from the 80s and 90s, and I was happy to report, there was no shortage of “Members Only” jackets, and white high top Reboks! 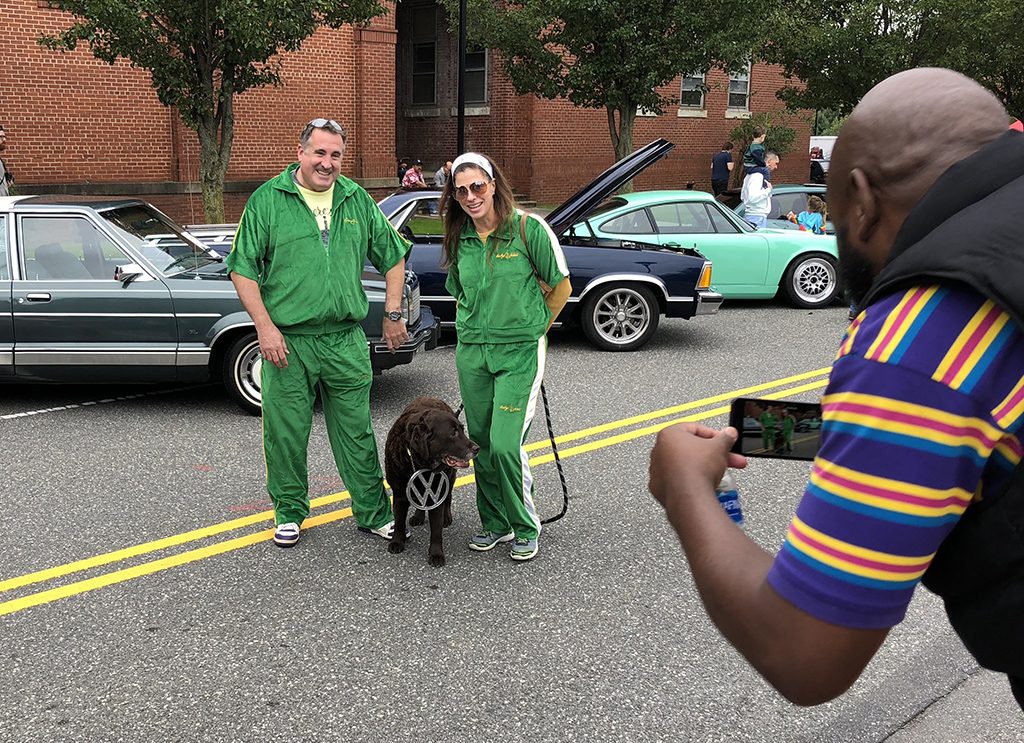 I’m finding the usual car shows that we attend getting a little stale where we park our cars, sit for hours, and then take the car home. This event adds a fresh perspective not only showing the cars, but the era they came from. Normally, the majority of car show attendees tend to be a bunch of middle aged men, but Radwood attracted all demographics. It was fun to see everyone dressed, and participating. 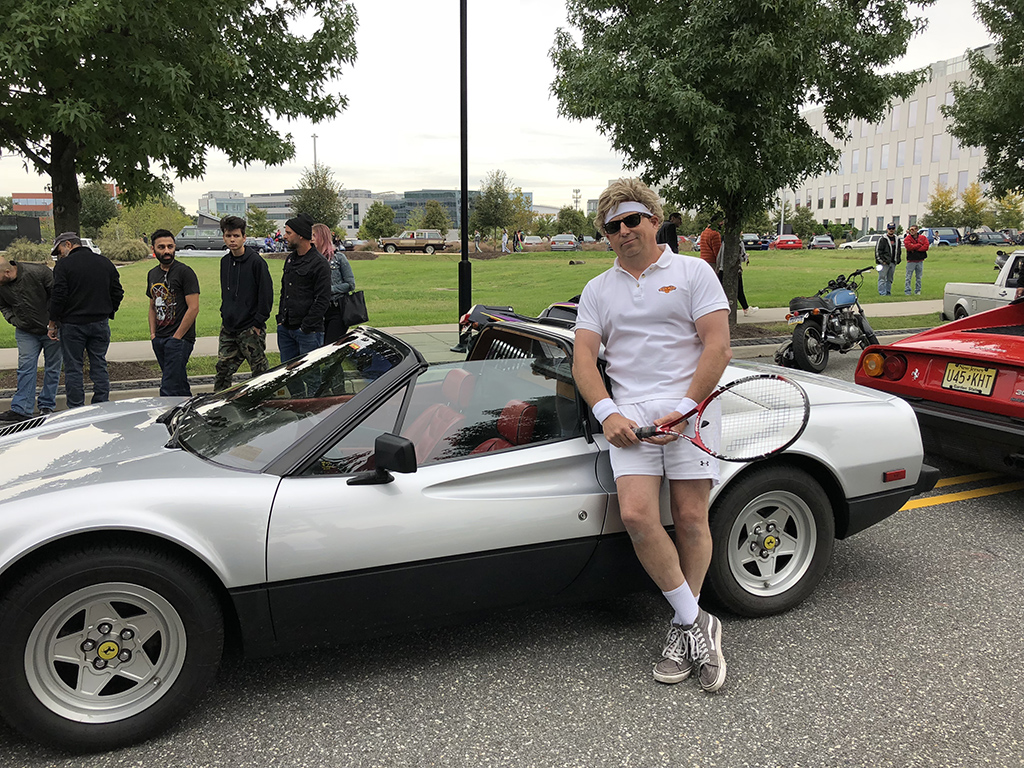 Hagerty was also in attendance, with Brad Phillips leading the charge. His Ferrari 308 fit perfectly with the 80s theme, and the tennis outfit with the white short-shorts was spot on. 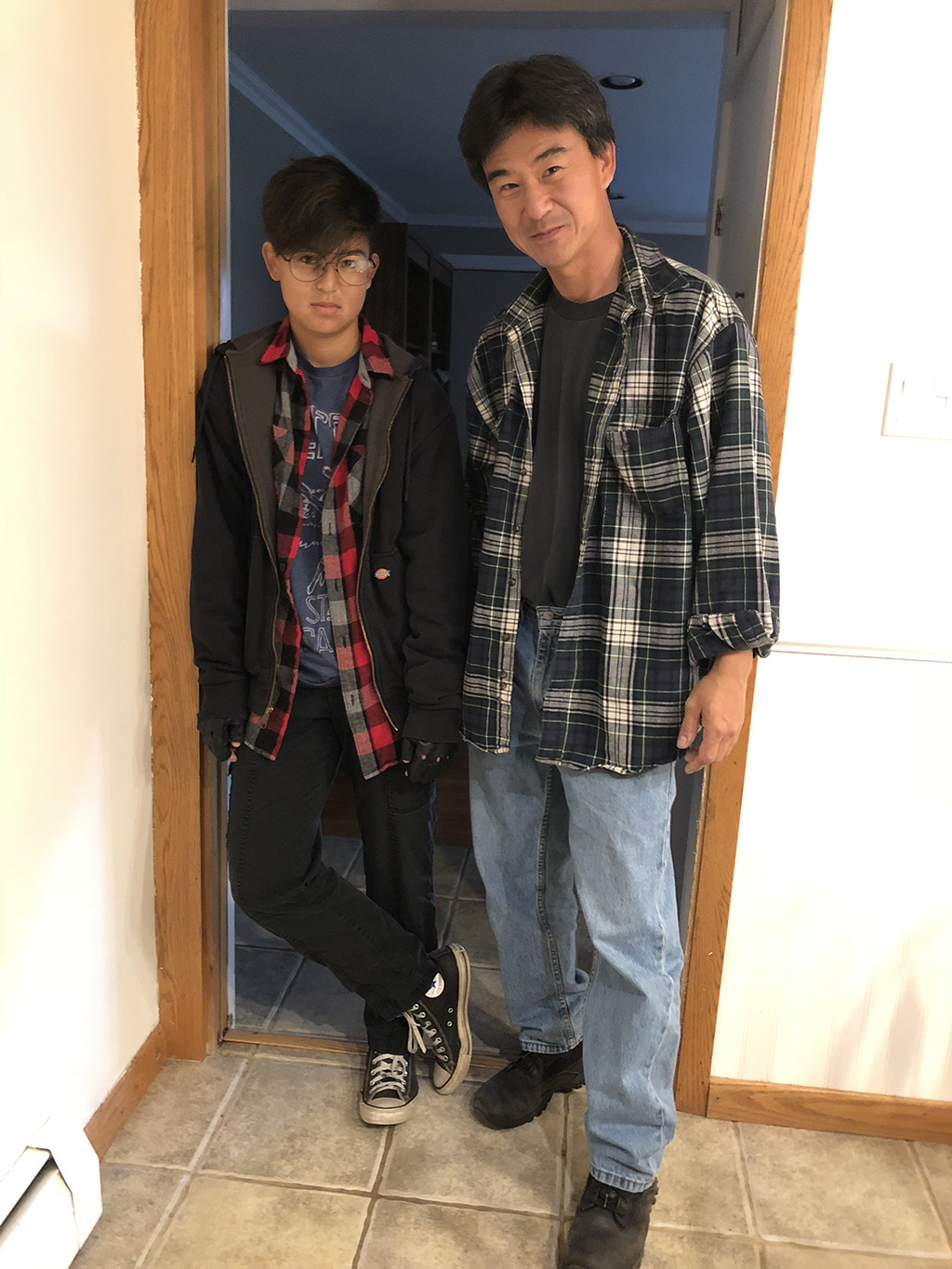 My daughter and I decided to go dressed in 90s era grunge since I had long ago thrown out my 80s clothes and accessories. I guess it was all for the best, since being seen in public with a 14 year old is hard enough, let alone wearing a pair of capezios! 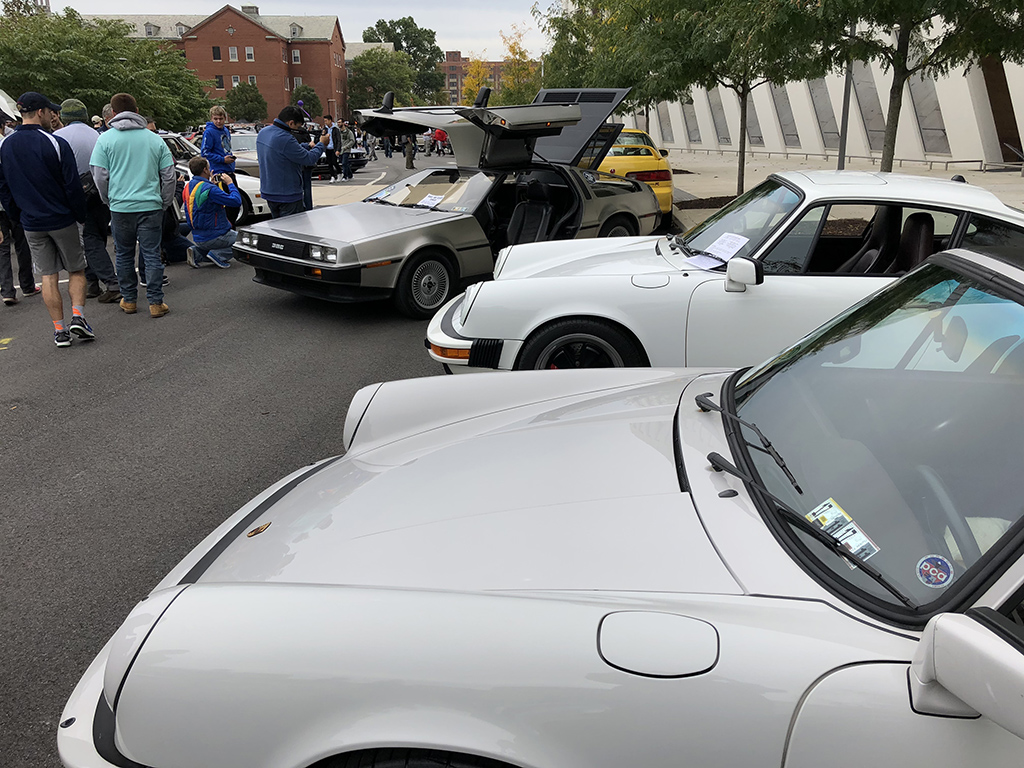 There was certainly a bunch of 80s Porsche 911s, and a handful of Deloreans, with and without flux capacitors. 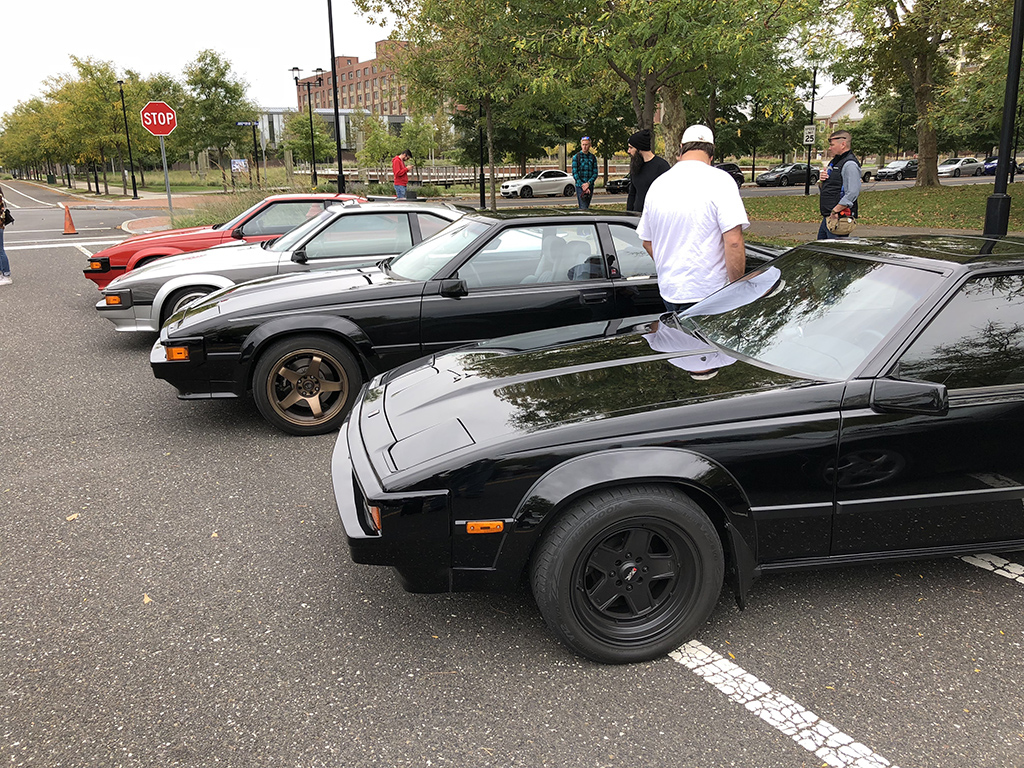 I can’t think the last time I saw so many Toyota Supras parked in a row! 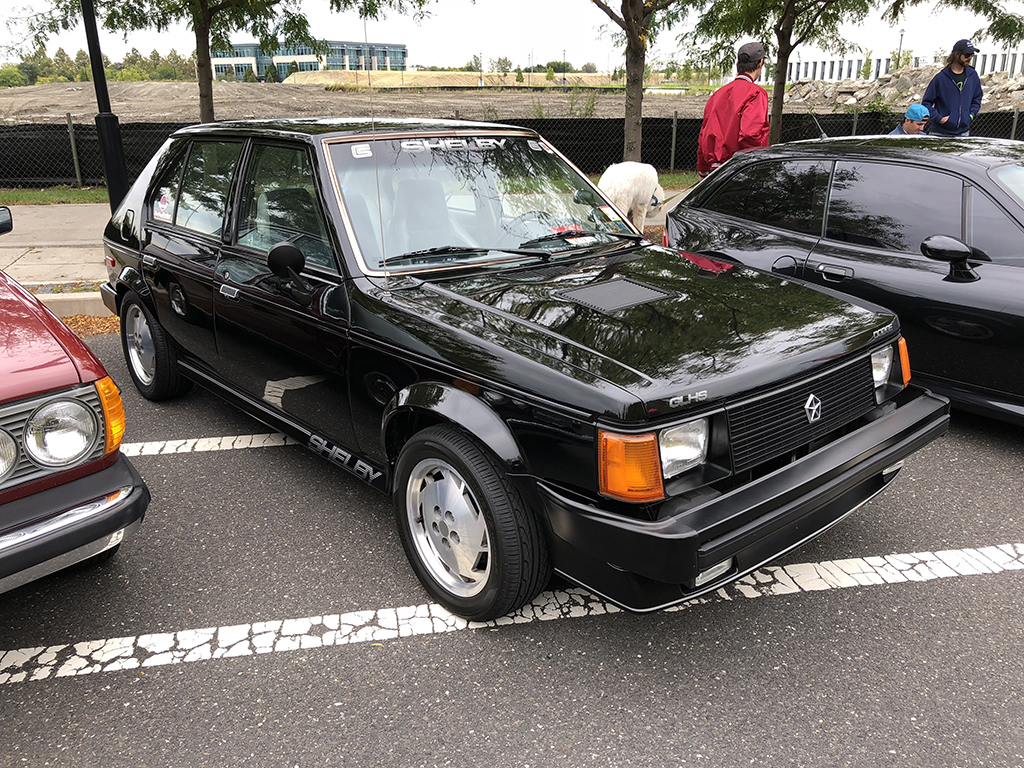 I still remember the Road and Track article about the Dodge GLH, and this one was in nice shape. For those who don’t remember, or weren’t driving yet in 1986, GLH stands for Goes Like Hell! 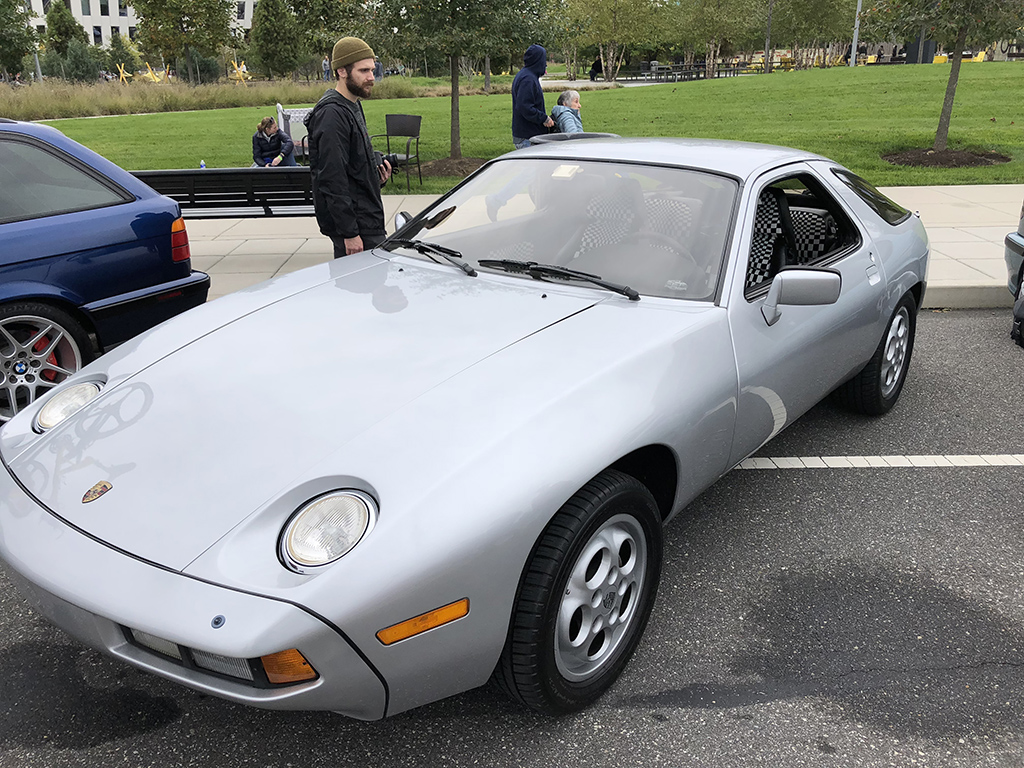 This Porsche 928 was also in nice shape, and these cars have really made a comback in price. I bought one a dozen years ago for $4500 bucks, but they are worth a lot more today. My friends even cut one up to make in to a Lemons race car. Who knew? 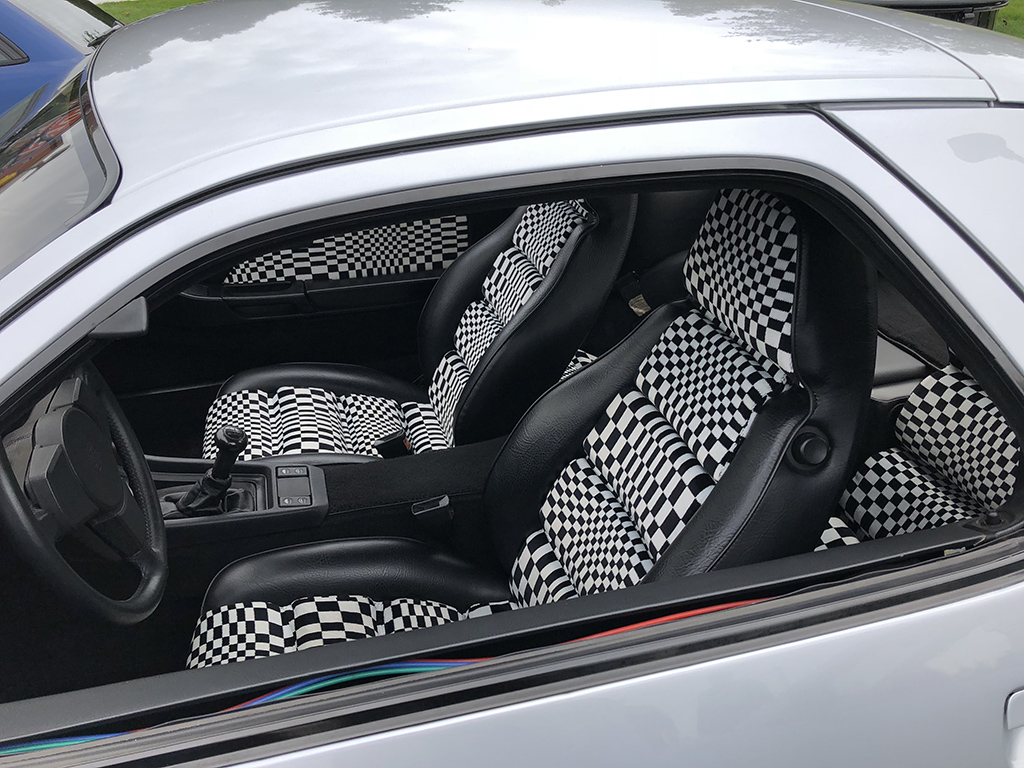 This 928 had an immaculate Pasha interior. Pretty funky 70s design which doubled as an eye test, or did it make your eyes cross!? 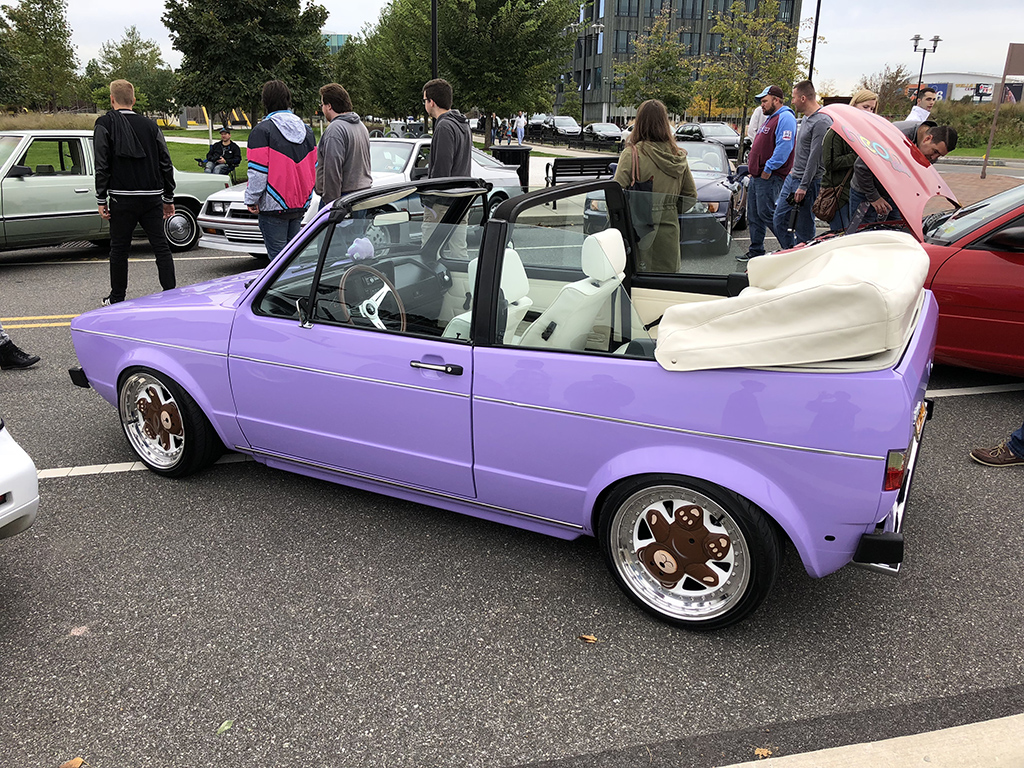 Not all the cars from the 80s and 90s were winners, but nostalgia won over many of us who attended. The Ronal wheels on this VW Cabrio were commonly available from ads on the back of car magazines, but I why teddy bears!? This owner customized them by painting them.

I’m looking forward to the next Radwood event in my area. I may even have to buy, or borrow a car to join in the fun!