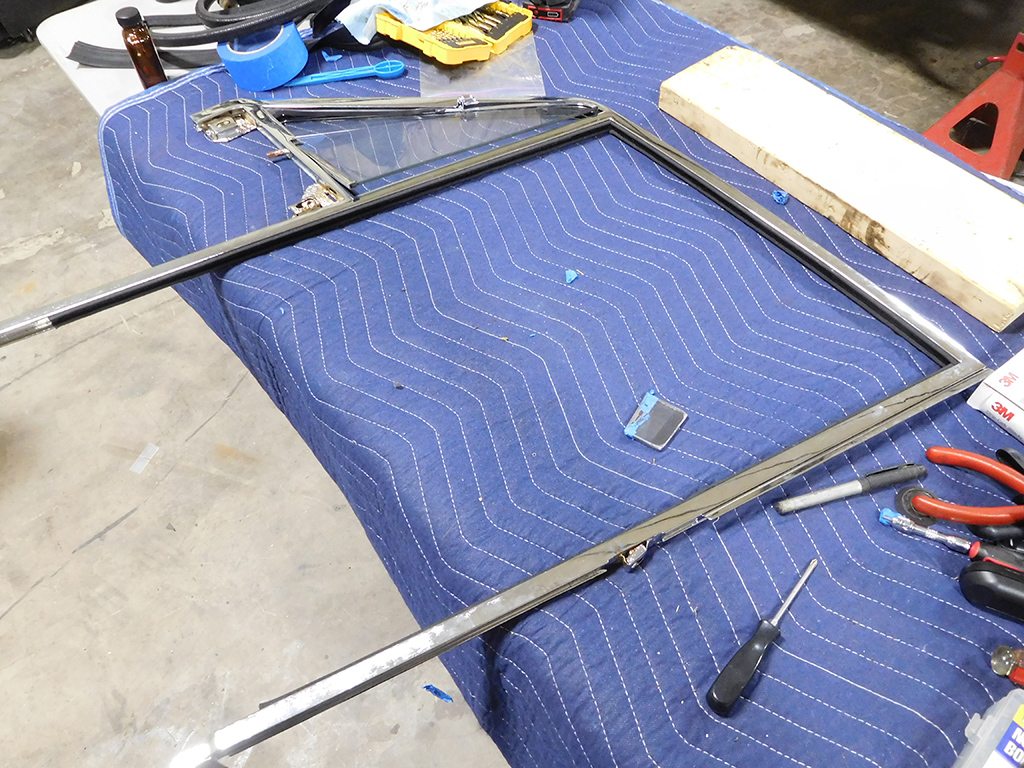 I installed the vent window seals and window channel felts in the window frames to the 330GTC. There is a lot of fitting, trimming, checking, and reinstalling to get these windows to fit right. 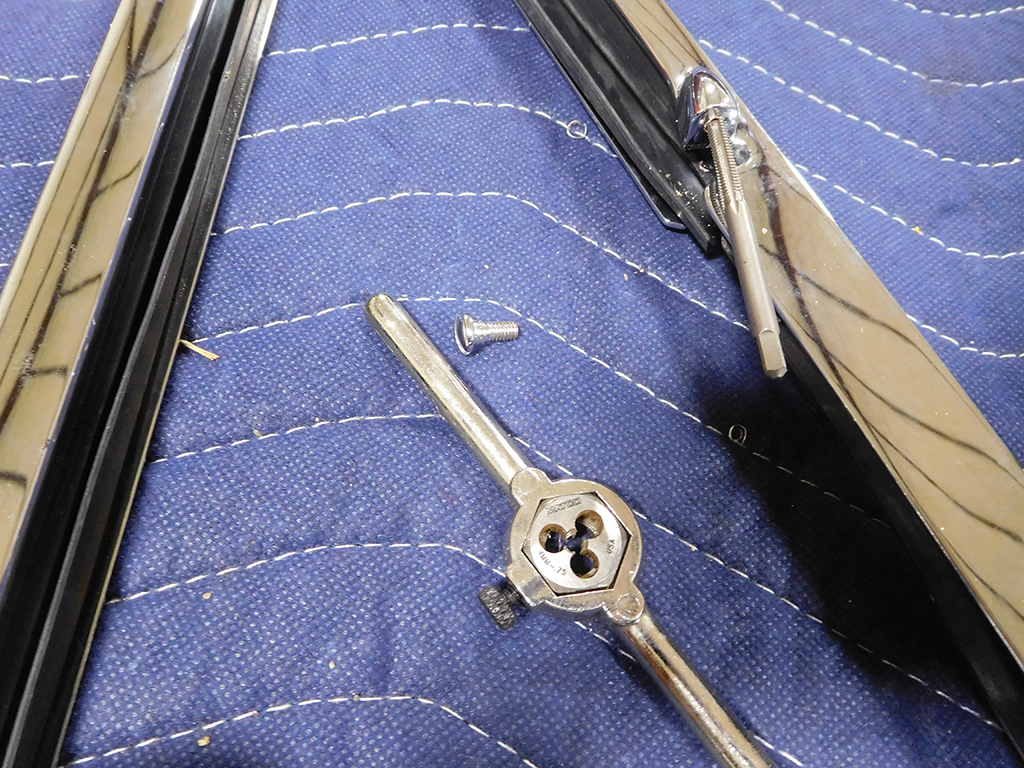 The whole window frame was sent out for rechroming, and whenever parts get chromed, there is always a chance the parts won’t fit as well as they did before. The plater tries to cover threads to keep the electroplating process from depositing metal where it shouldn’t, but checking for fit is always necessary. I chased the threads on all the nuts and screws to make sure they fit well before attempting to screw things together. 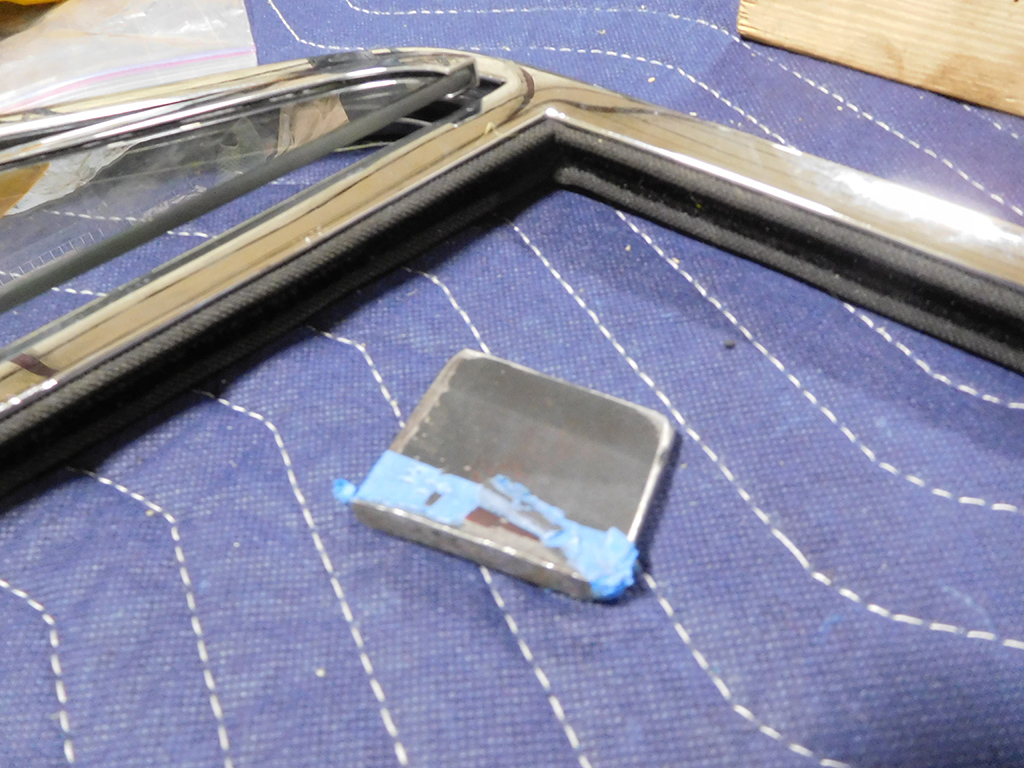