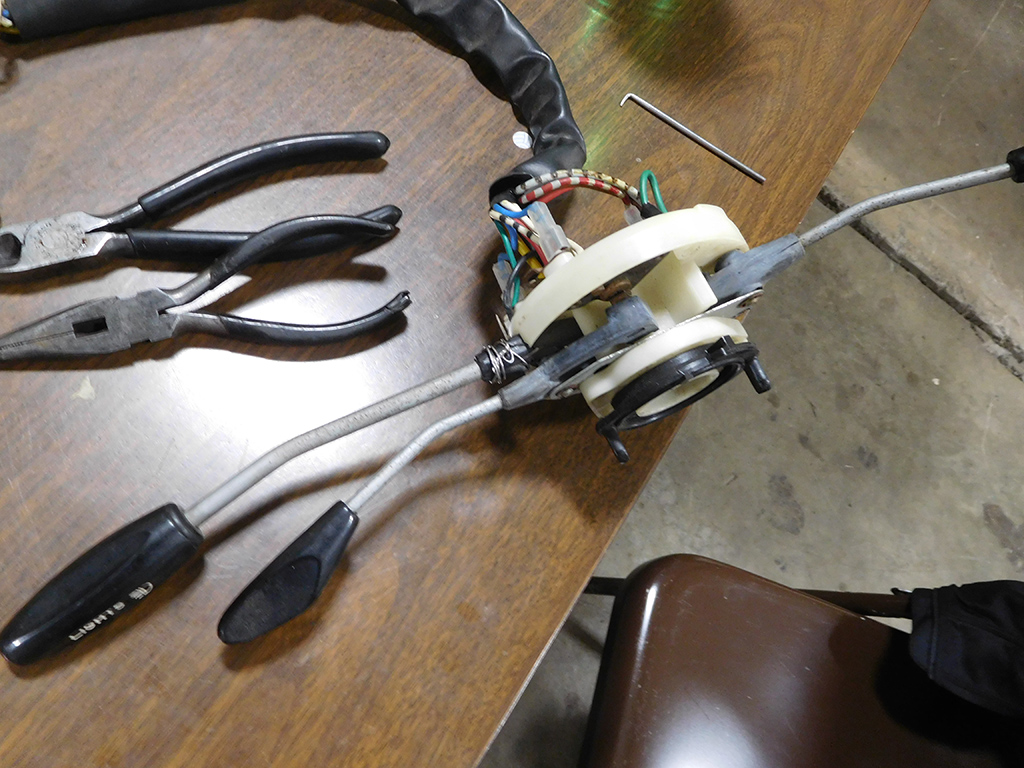 When I was assembling the 365GT 2+2 I have at my shop, I noticed the light switch stalk was one step from breaking off. The stalks on 330s and newer Ferraris are notoriously weak, and break off easily. The switch is part of the stalk, and made out of a plastic that not only sees a lot of stress, but also gets brittle with age. Luckily, there are a couple of shops in the US that refurbish this mechanism, but a full rebuild is not cheap or easy. The steering wheel has to come off, the switch removed, and the whole assembly has to be shipped out to be repaired. The cost of the repairs usually runs about $1K, but each broken switch is different, so the cost of repairs varies. 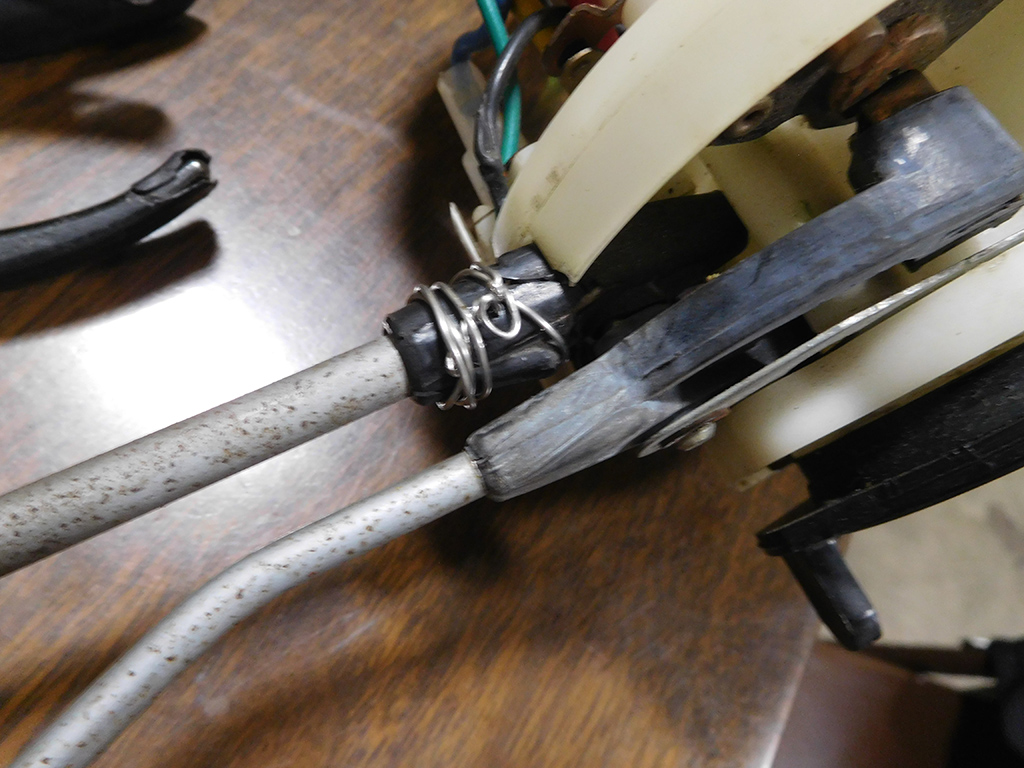 The switches worked on this assembly, but the plastic holding the lever in place was cracked and barely holding the stalk in place. On this switch, only one stalk was broken, so I reinforced the plastic end with some wire, and encased it in epoxy putty. 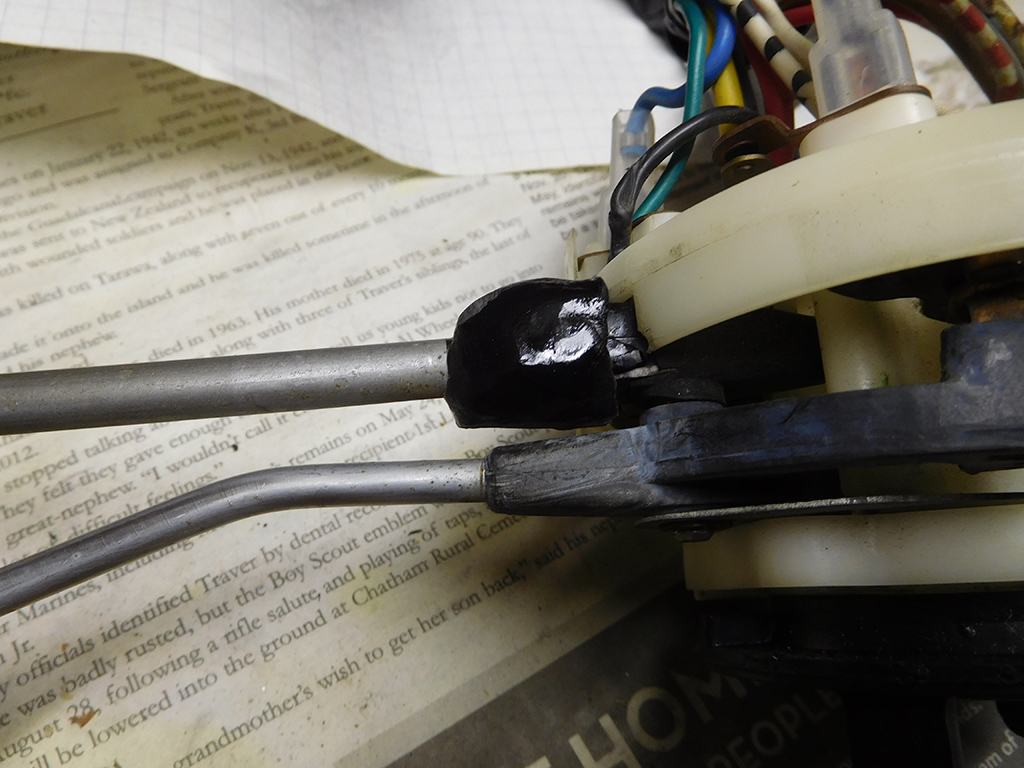 The epoxy putty was a little bulky, but reinforced the weak and cracking joint. 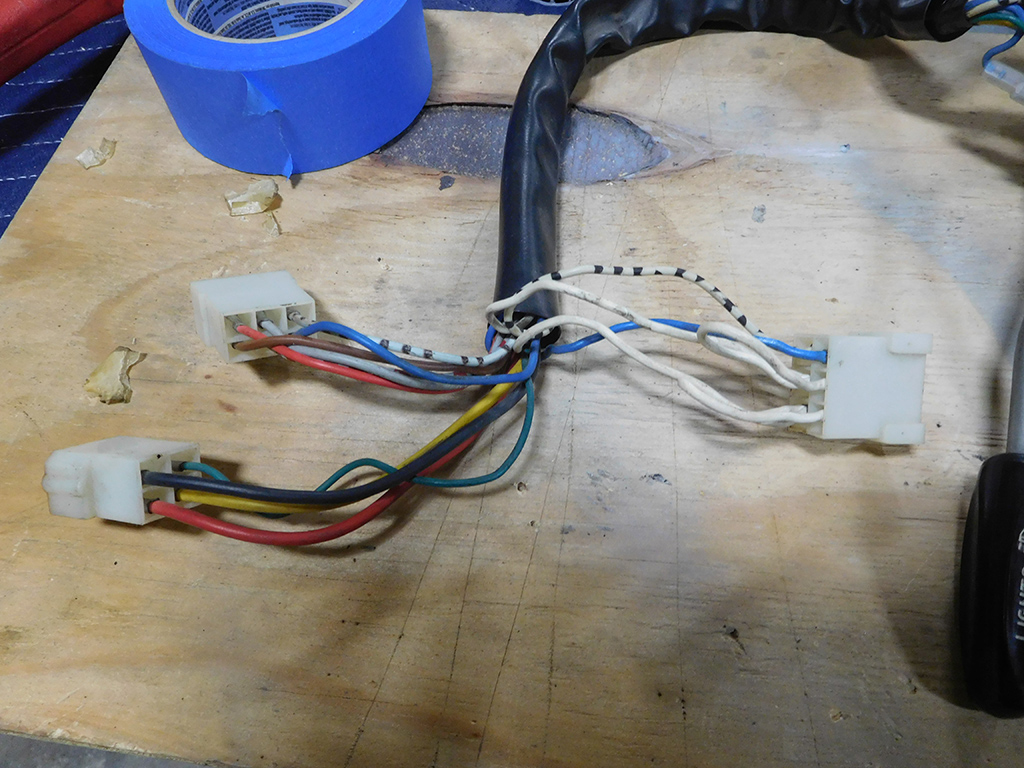 Removing or installing the steering column requires unplugging the wires from the multi-pin plugs. I marked everything and carefully released each wire making sure they went back where I found them.

I had to grind back some of the excess to clear the body of the steering column, but it was a good fix to avoid sending out the assembly for repairs. 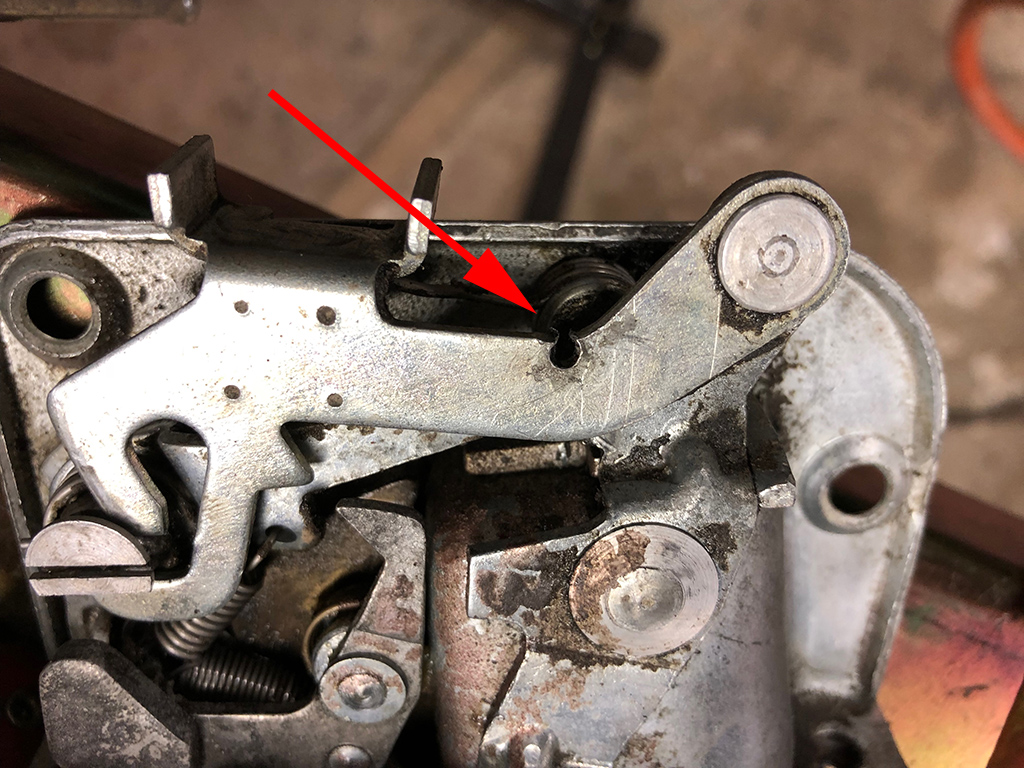 I was just about finished with installing the windows and door mechanism when I noticed the door release wasn’t working properly. After looking closely at what was going on, I noticed a return spring was not fastened properly to the latch mechanism. Visibility is not good inside the door, so I removed the latch to take a better look and I found the hole for spring attachment was broken! This mis-drilled hole was the root of the bad door latch. A spot weld, and some grinding and filing gave me a hole so I could reattach the spring.  I’m sure glad I found this problem before everything else was installed!