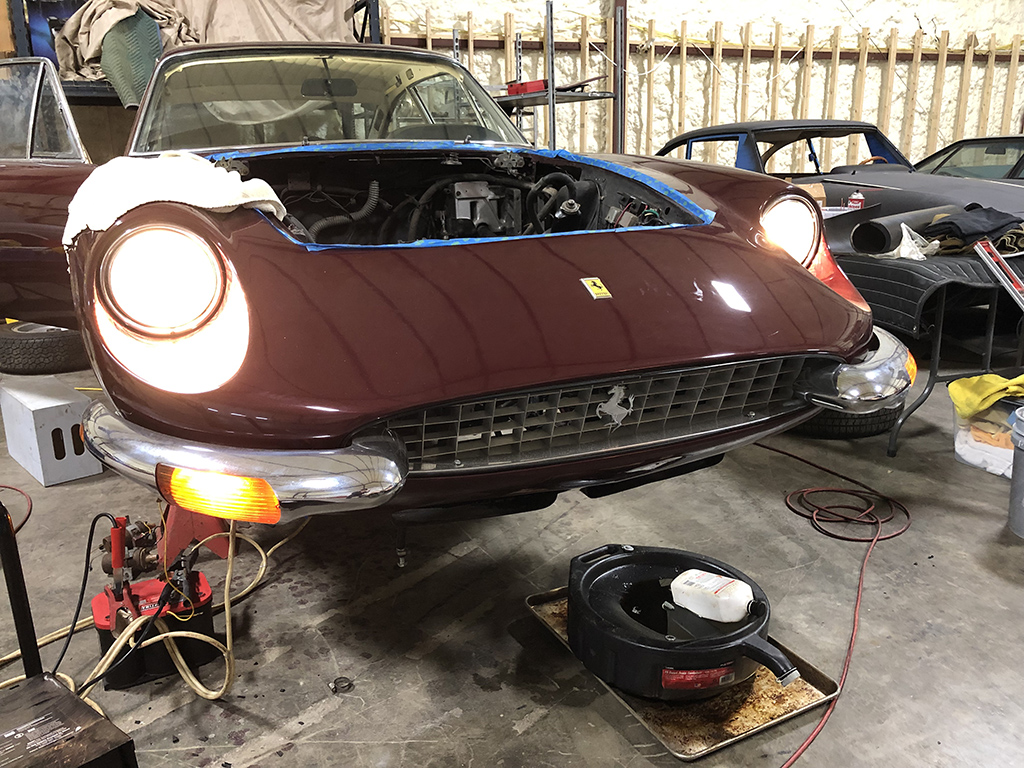 I’ve been banging my head on the wall with the electrics on a 365GT 2+2 I have at my shop. It’s not really exciting stuff to blog about, but it’s consumed quite a lot of my time. This car hasn’t been on the road for many years, and how well it ran or worked is anyone’s guess. I found some electrical modifications and some missing parts, so trying to plug things in to power up has not been going smoothly. Finding  a wiring diagram, deciphering the Italian logic, and then translating it to this particular car, has been a challenge. When I first started, things were not powering up the way were supposed to, and I started checking the easiest solutions first like blown bulbs. As I got further along, I realized it wasn’t going to be so simple. I found myself staring blankly at the wiring diagram without much progress or solutions. Billing my customer for lack of progress was not happening, and frustrating. 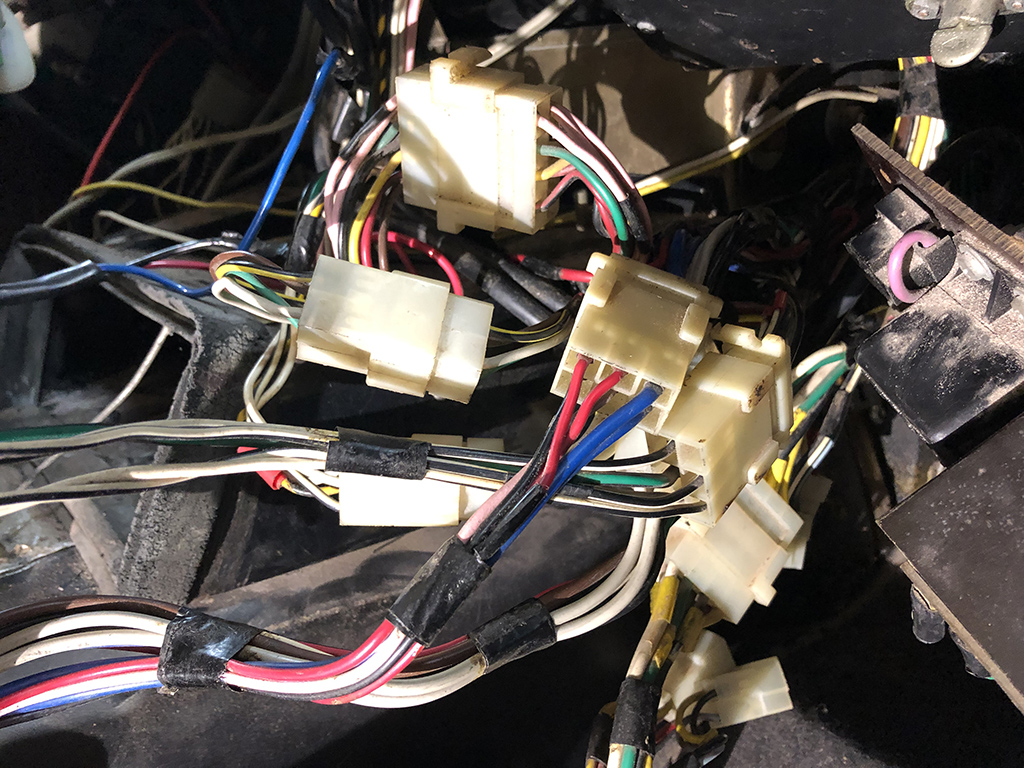 One of the major discoveries was finding a multi-pin plug plugged into the wrong connector. Modern car electrics usually have multi pin plugs that can only go in one way, but Ferrari back in this era used several same sized plugs that could easily plug into another plug. Following the colors doesn’t really help because often times the color of the wires would change from one side of the plug to the other. When I found strange electrical issues in this car and didn’t find an easy fix, the only solution was to trace each wire from the source to see if it matched the little lines in the wiring diagram. Eventually, I found the problem and things started to sort themselves out.