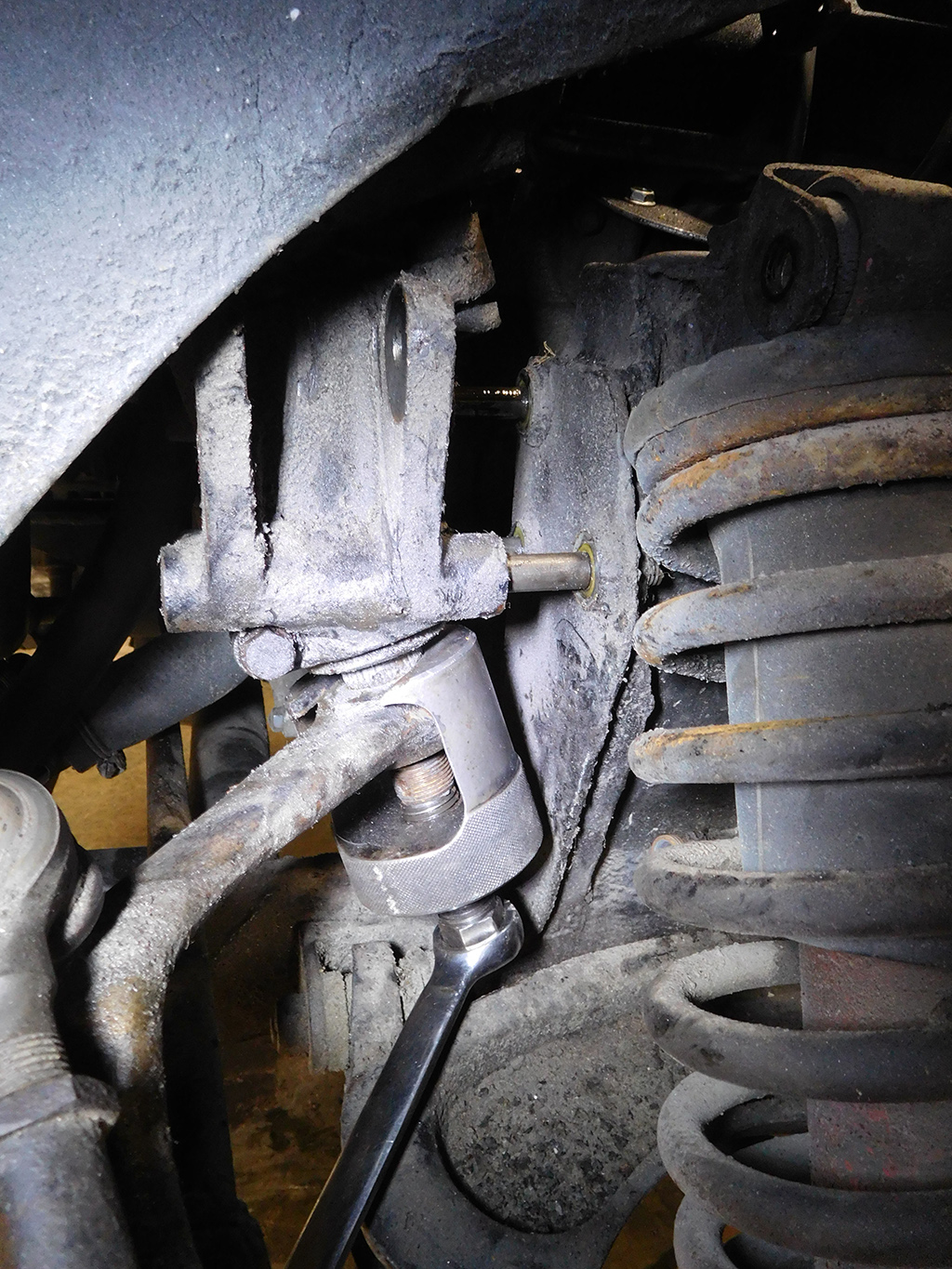 I borrowed Francois’ pitman arm removal tool so I could take the steering box out of the 330GTC at my shop. 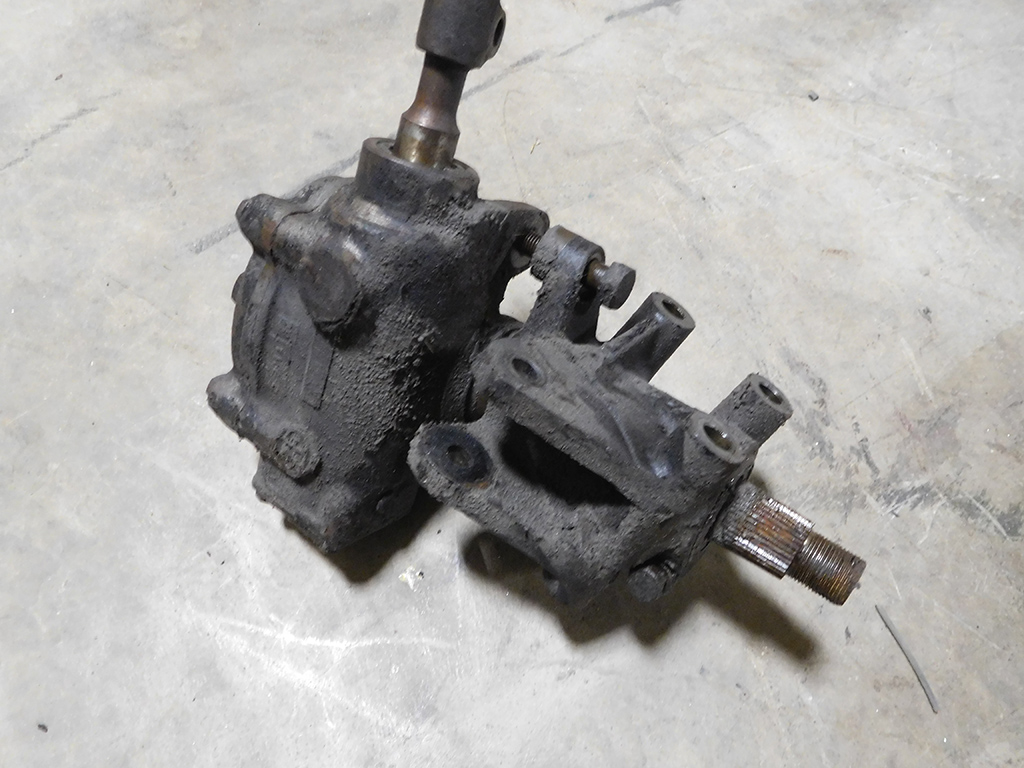 The bottom seal was leaking, and it was easier to take it out to replace and clean up all the dust from when the car was painted. 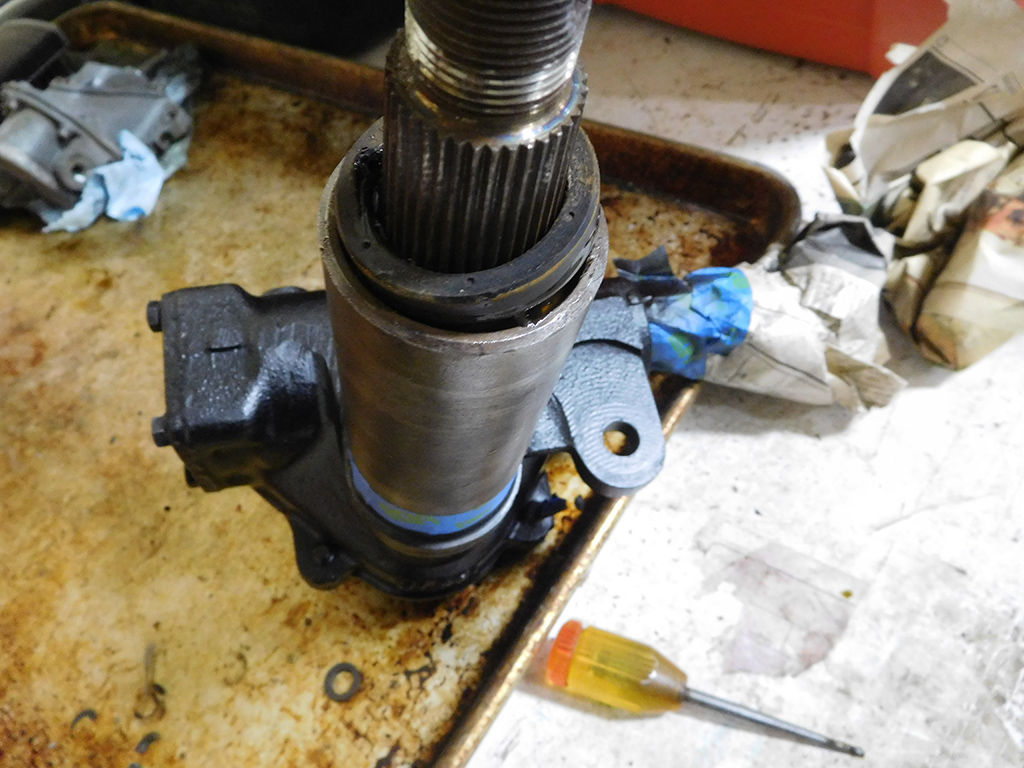 The bottom seal came out pretty easily on the bench, and sure enough, it was hard as a rock and not doing much of a job keeping the oil inside the steering box. 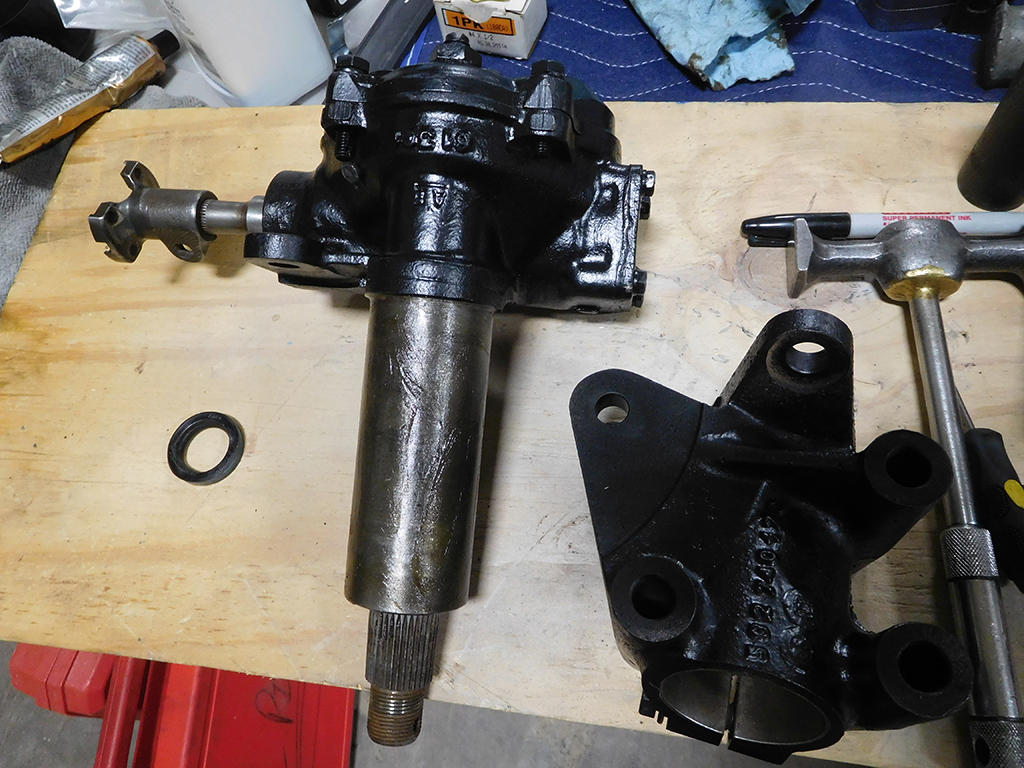 I cleaned off all the dust, dirt, and old paint, and put a fresh coat of paint on all the parts. On this vintage of Ferrari, the ZF steering shaft slides into a sleeve on a bracket that mounts to the front suspension. These two parts are machined steel, and can get horribly rusted together and can make disassembling the suspension quite a struggle. I’m not sure if they used grease between these two parts when it was first assembled, but as a courtesy to a future mechanic that will work on this car, I made sure there was plenty of grease to prevent any rust! 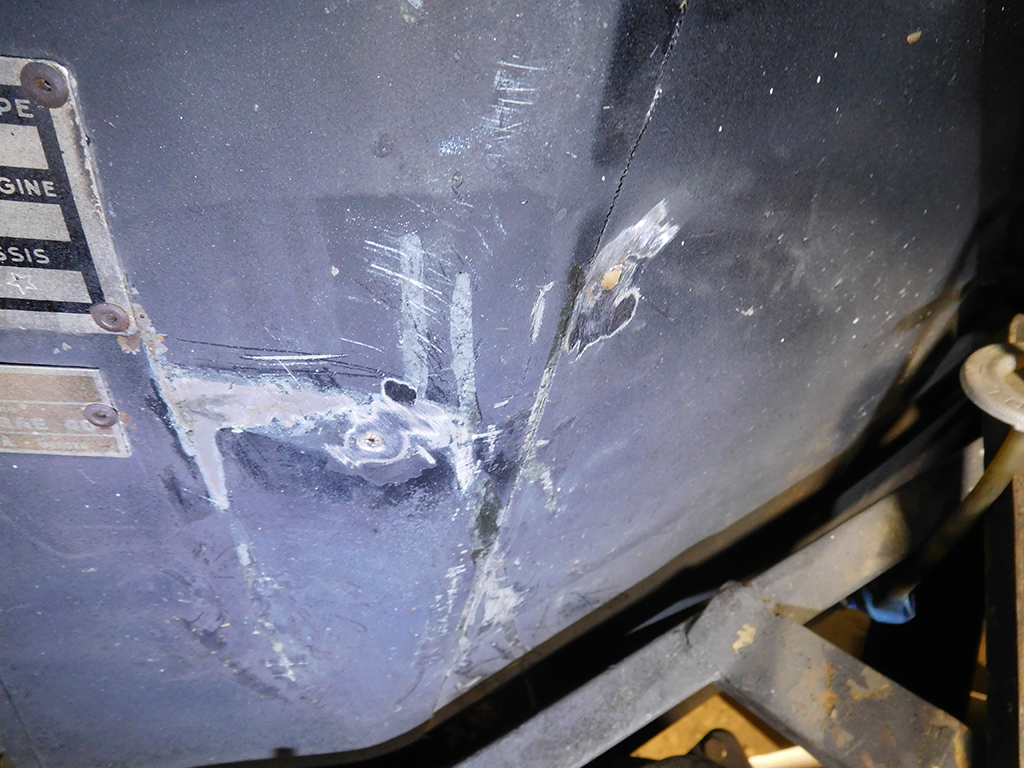 I had some holes in the engine compartment sheet metal in this GTC that didn’t belong. 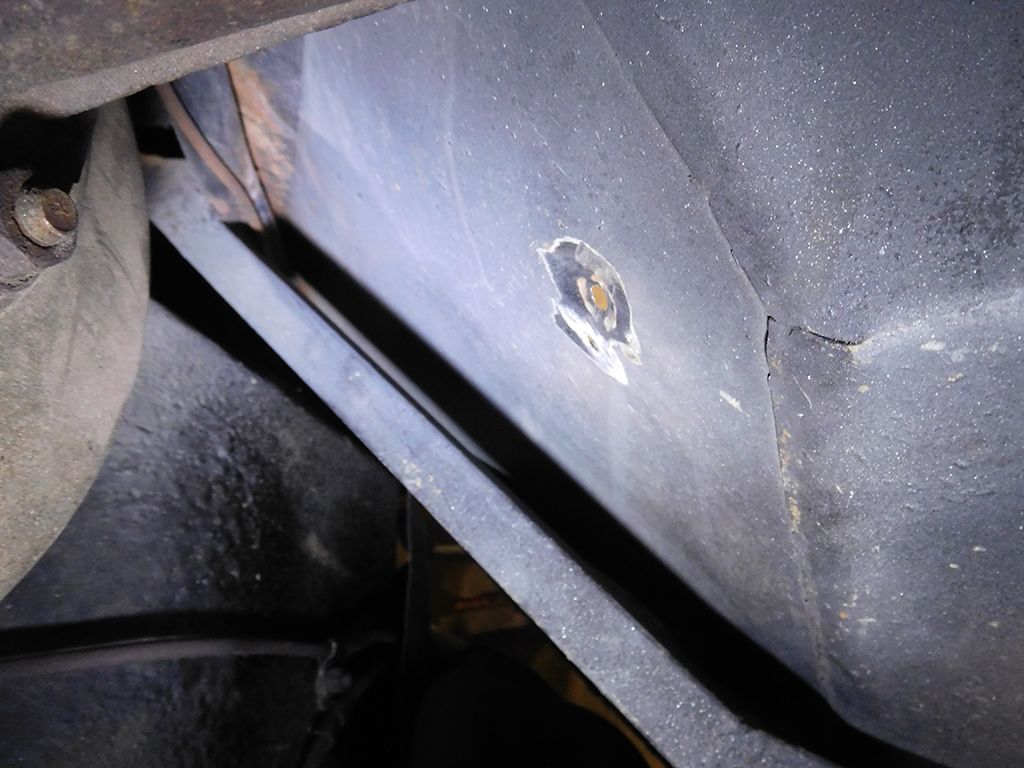 These holes were drilled to mount the non-stock electronic ignition boxes that I removed from the car. I’m not sure if this car will ever be shown at a concours, but I know extra holes like this will get deductions, and now was the best time to take care of these issues. 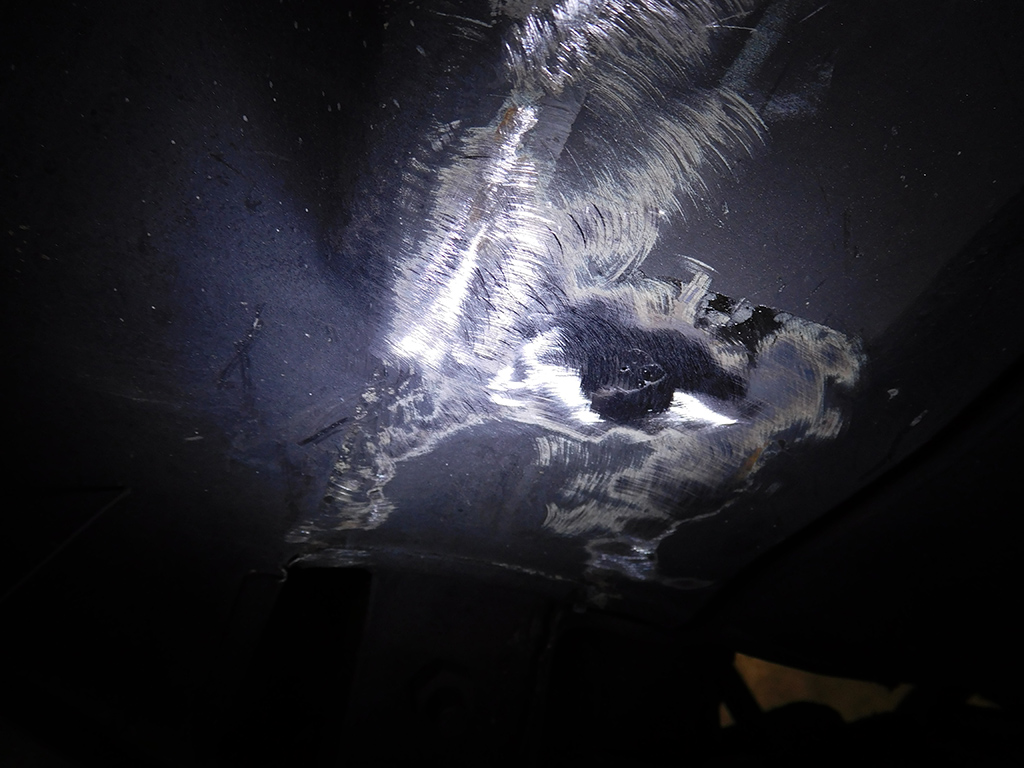 It will also neaten up the engine compartment! 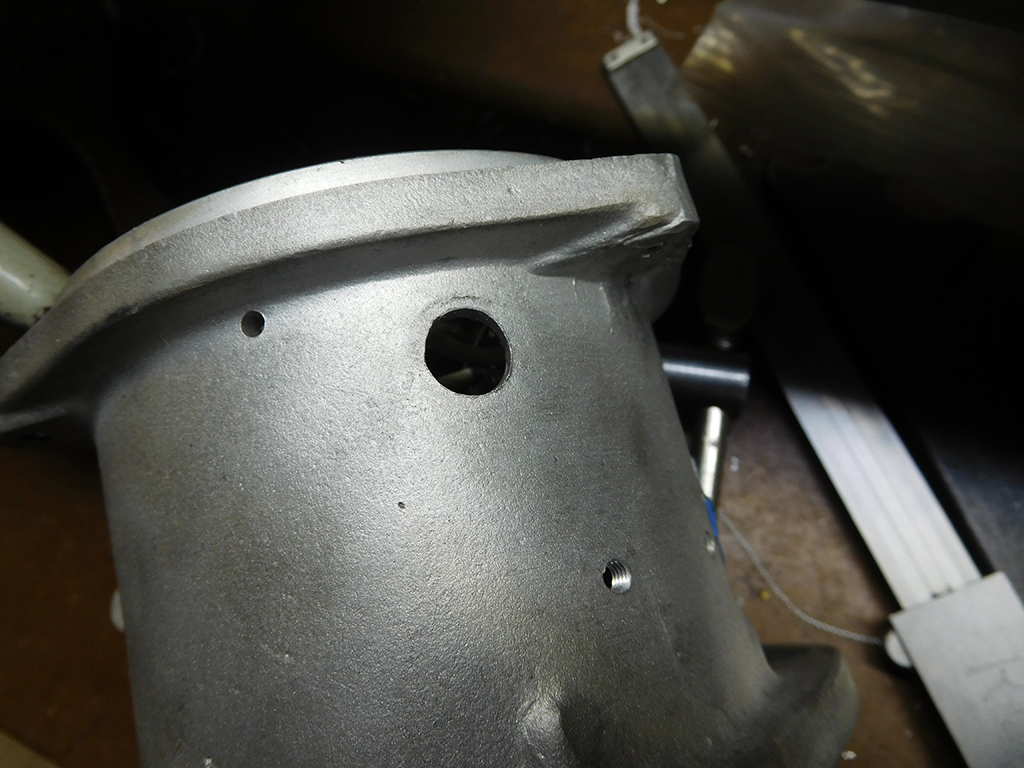 Speaking of holes, I had another one of a different type to deal with. The electronic ignition system that was installed on this GTC not only left extraneous holes in the engine compartment, but also larger holes in the body of the distributor. 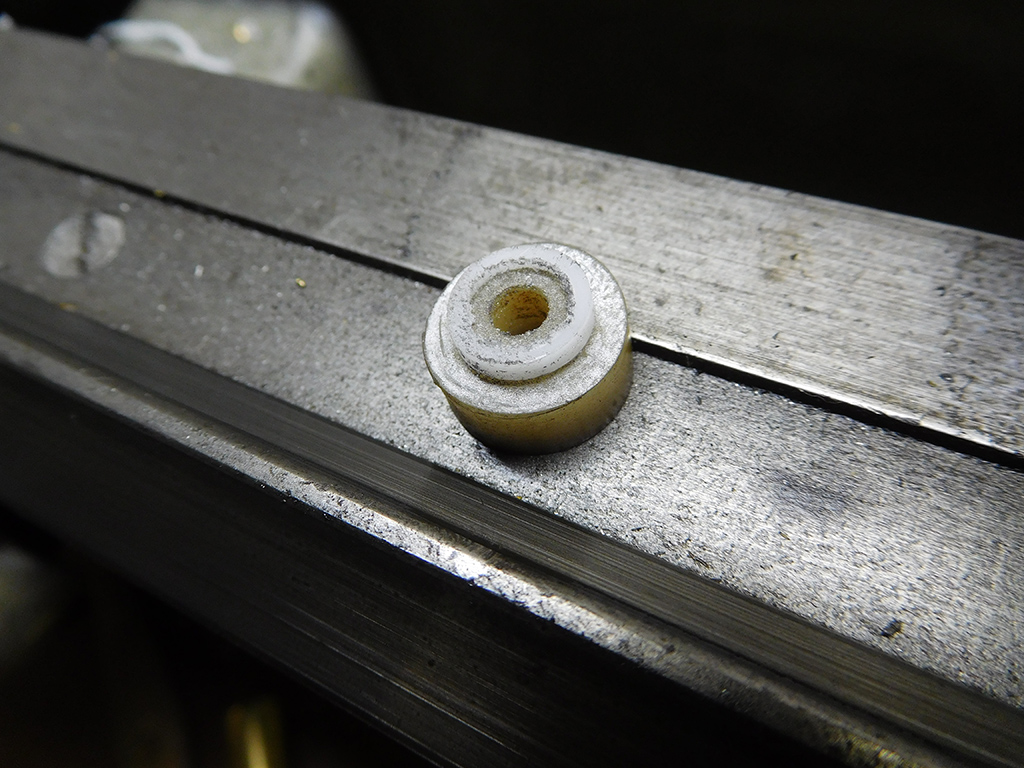 Normally, one wire is passed through the distributor via a small bolt, insulated with this grommet. There is a step cut in the grommet to keep the bolt from grounding out on the body of the distributor. To install the electronic distributor parts, three wires had to pass through the same hole, so it was cut wider and the original grommet was discarded. 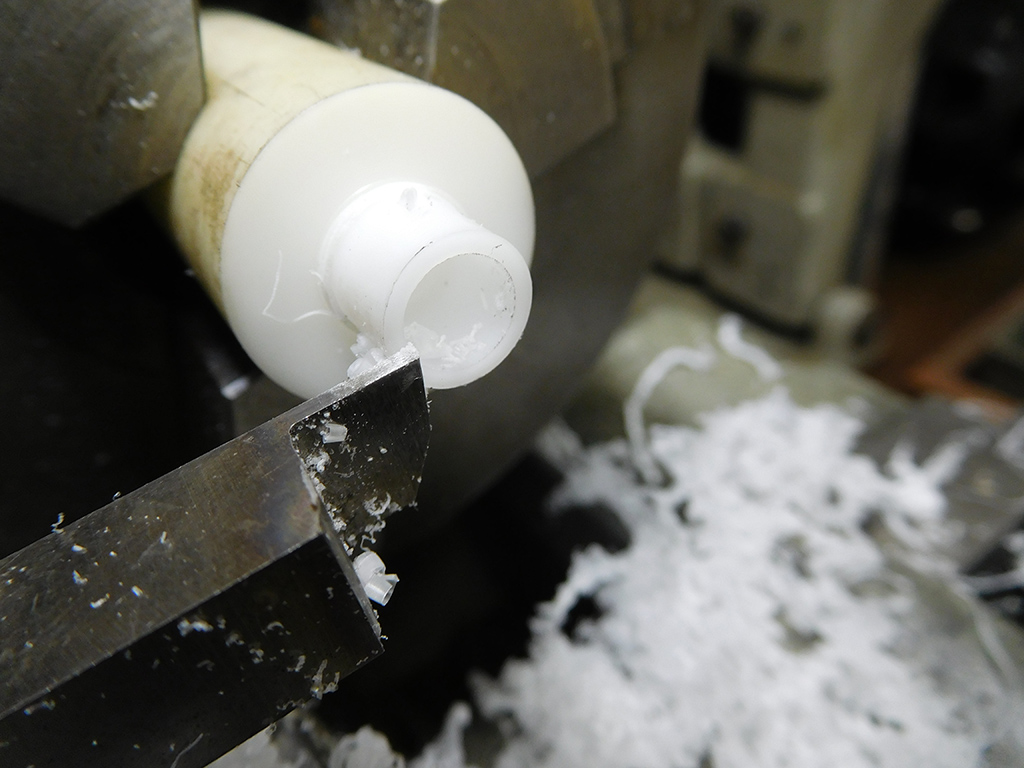 My solution was to cut a small plastic bushing that fit between the original grommet, and restore everything to look and work like it came from the factory. 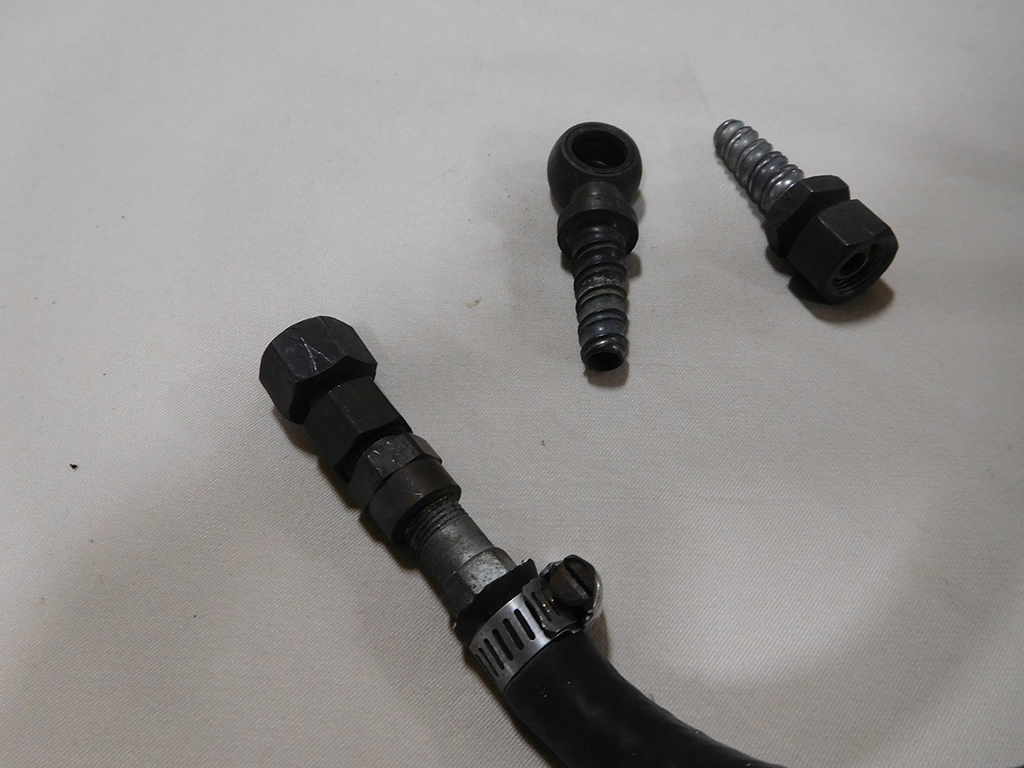 The work continued on cleaning things up in the engine compartment. The correct fuel lines needed to be installed since the previous owner used regular rubber hose instead of the correct yellow hose. Before new hose is installed however, I needed to clean up the rusty fittings and send them out for plating. It also looks like I’ll need to source one fuel fitting to replace the one that has been modified. 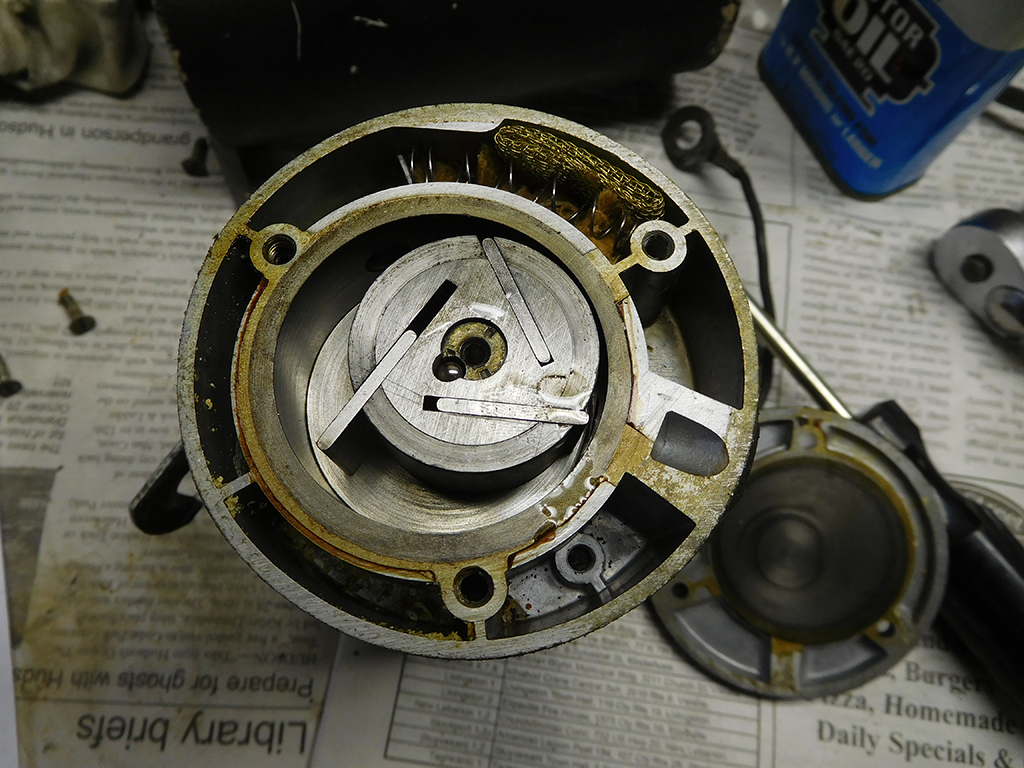 As I was recommissioning this car for the road, I needed to check all the electrics to make sure they were working properly. On GTCs the horn compressor is buried behind the grille in the nose of the car. It’s a good thing I checked it before installing it because it wasn’t working! It simply needed cleaning and lubrication before it came back to life. Now it can go back into the dark recesses of the car without worry!