Anatomy of a Disaster 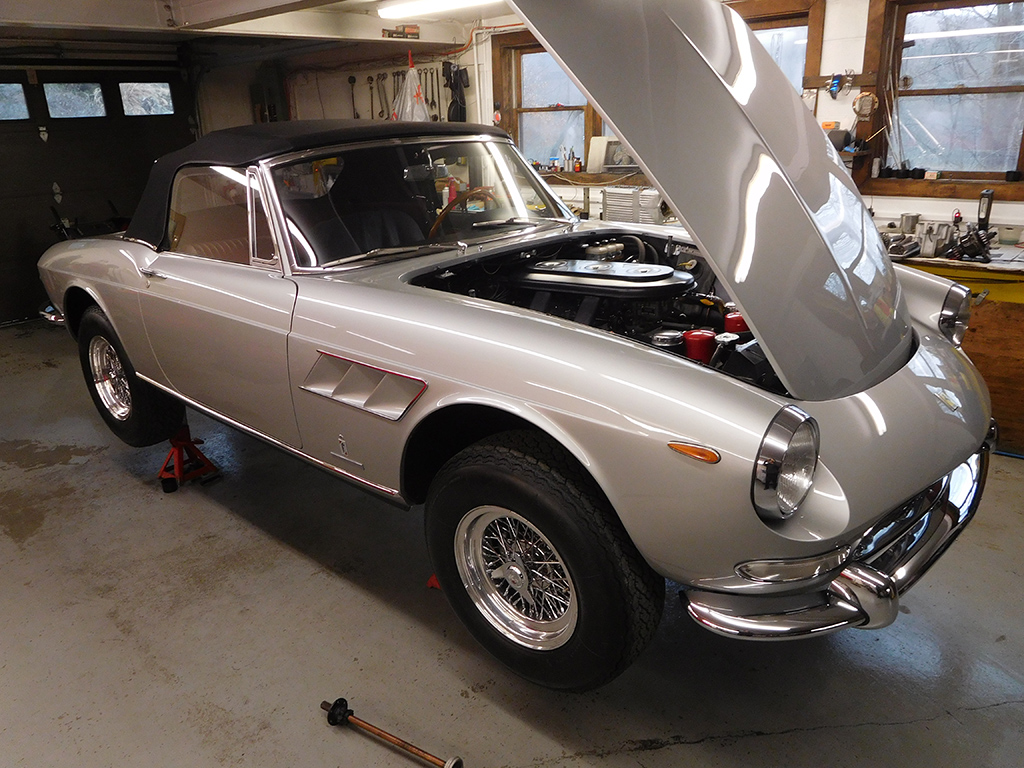 Francois and I have been planning on bringing a 275GTS to Cavallino for quite a while. It’s a car that I found parked since 1974 and have been bringing it back to life. If you recall, last year we were in this same position about to ship the car to Cavallino for the big show when we had a paint issue. As the painter was trying to correct a problem on one of the panels, he buffed through the clear coat and caused us to cancel the trip to the show. With some of the other paint issues, we decided it was best to have most of the car repainted, and the painter agreed to help disassemble and reassemble the car and have it ready for this year. The car returned in the Fall, and Francois has been doing the final assembly and the inevitable corrections to the car. I was helping out whenever I could, and working on the logistics of getting the car to Florida for January. I entered the Ferrari into the show, and booked a slot on a truck headed for Florida.

A lot of work we did on this car in December was gratis because we felt the owner shouldn’t have to pay for things that were not part of the restoration. The paint shop lost a lot of time redoing a car to make good on their work, and we were caught in the middle of delivering a painted car for the agreed price. It’s something many shops get caught doing, but it’s all part of the business of doing the right thing.

Last Wednesday, I was trying to figure out how to get the car on the truck before a impending snow storm arriving in the Northeast on Sunday just days before the show when Francois called me and said, “We have trouble.”

He explained he was test driving the car making sure everything was mechanically perfect when he heard a strange rattle. It wasn’t happening all the time, but was a sound he wasn’t happy about. He needed to put the car in the air and take a look, but wanted to let me know. I was hoping to load the car in 36 hours, so the stress of simply showing a car built even further. 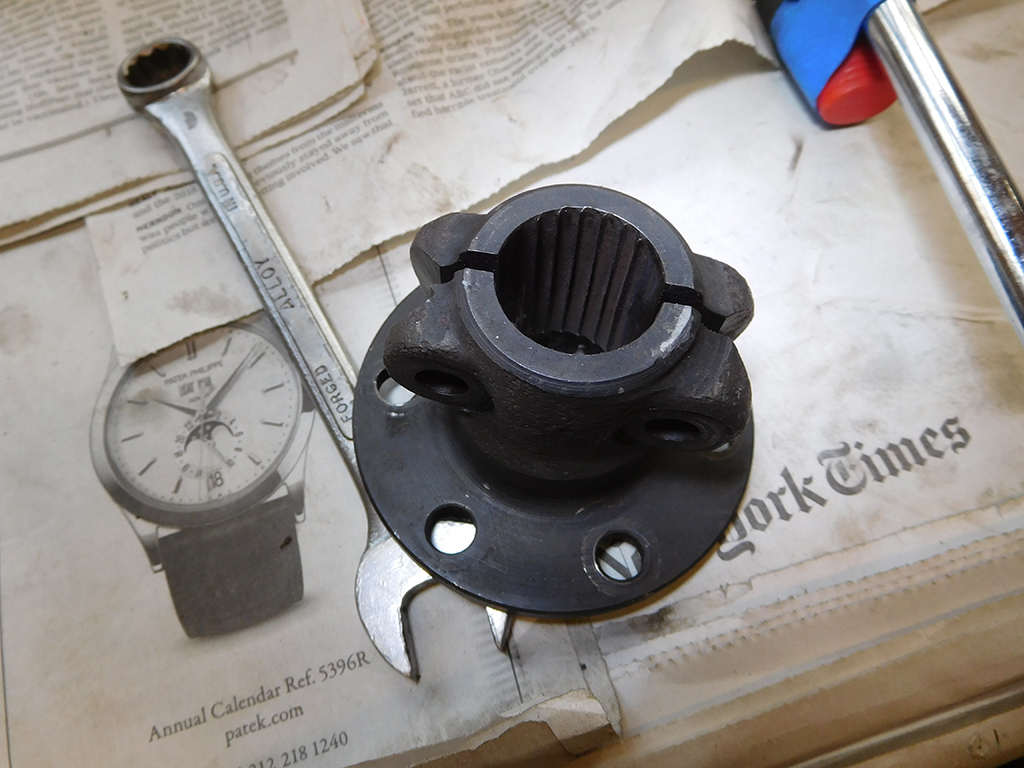 Francois called me in the afternoon and said he found the problem. The coupling between the driveshaft and the transaxle was showing excessive amounts of play and was making the noise in the drive-train. Throughout the Fall and other times we’ve driven this car, this problem had not arisen, but it reared its head that day.  He immediately called our parts supplier to see if he had a replacement for the offending part. Partsource had a replacement on the shelf and agreed to overnight the part to the shop. Luckily, the 275GTS has a driveshaft that is exposed under the car, so removing and replacing this coupler is relatively easy compared to the later cars with a torque tube, but there was still a time crunch.

The plan was to get the part on Thursday, install it, and ship the car on Thursday afternoon, or latest Friday. The storm was coming in on Saturday, and could stall things up until Monday. The cars were supposed to arrive in Palm Beach on Wednesday.

I drove down to Francois’  shop on Friday hoping once we looked inside, we would see the offending part, repair the problem, put the transaxle and associated parts back on the car, and still send the car out on Saturday for the show. The storm prediction was now 12 inches Saturday night into Sunday, so we were really cutting it close.

Our first problem was getting one of the nuts off the main shaft of the transmission. We used loc-tite to secure it along with a cotter pin, but it was not budging. Normally, we would heat this nut with a torch to release the thread locking compound, but the heat would damage the oil seal that we needed if we were going to put this assembly back together in a few hours. We couldn’t get another seal in the time frame we had. The castle nut deformed from the added stress, so we had to find another way to get this piece off.

Francois called his friends at a private machine shop and asked if we could come down with an emergency project. We tossed the half disassembled the transmission in the car and sped down to their shop. After removing the studs from the case of the transmission, we were able to fit the case in the milling machine with just an inch or two to spare. We cut the nut off in four sections and managed to save the oil seal. Francois had miraculously found an exact M20X100 nut to replace the special one we cut up in his parts stash, so we were still in the game! 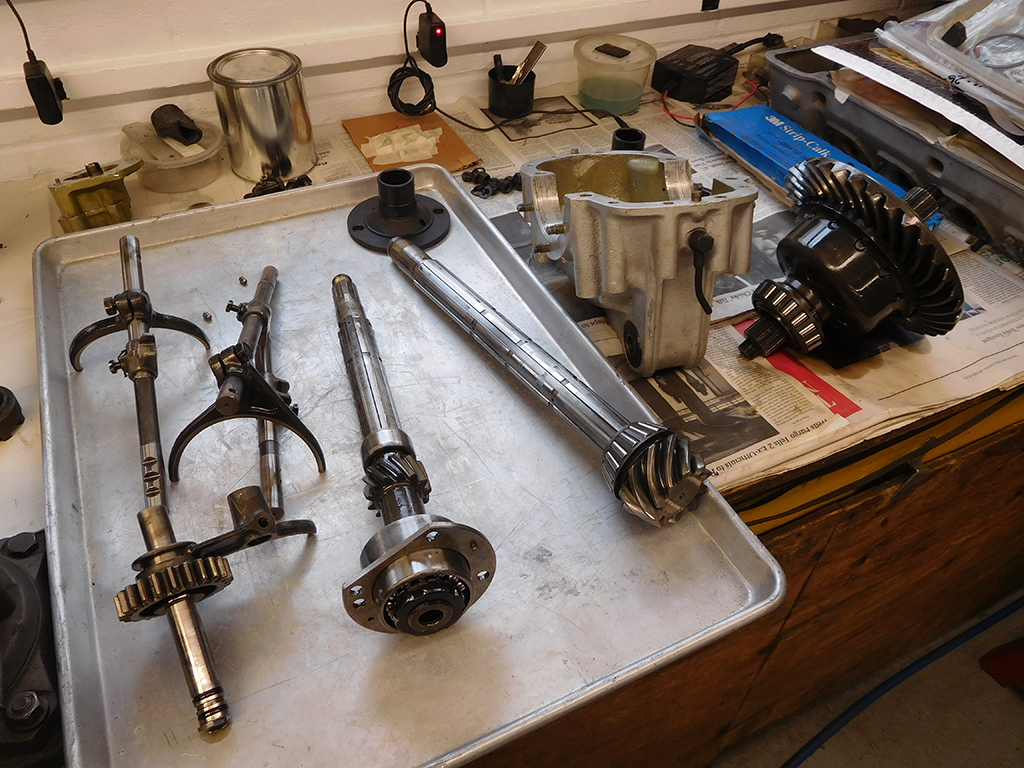 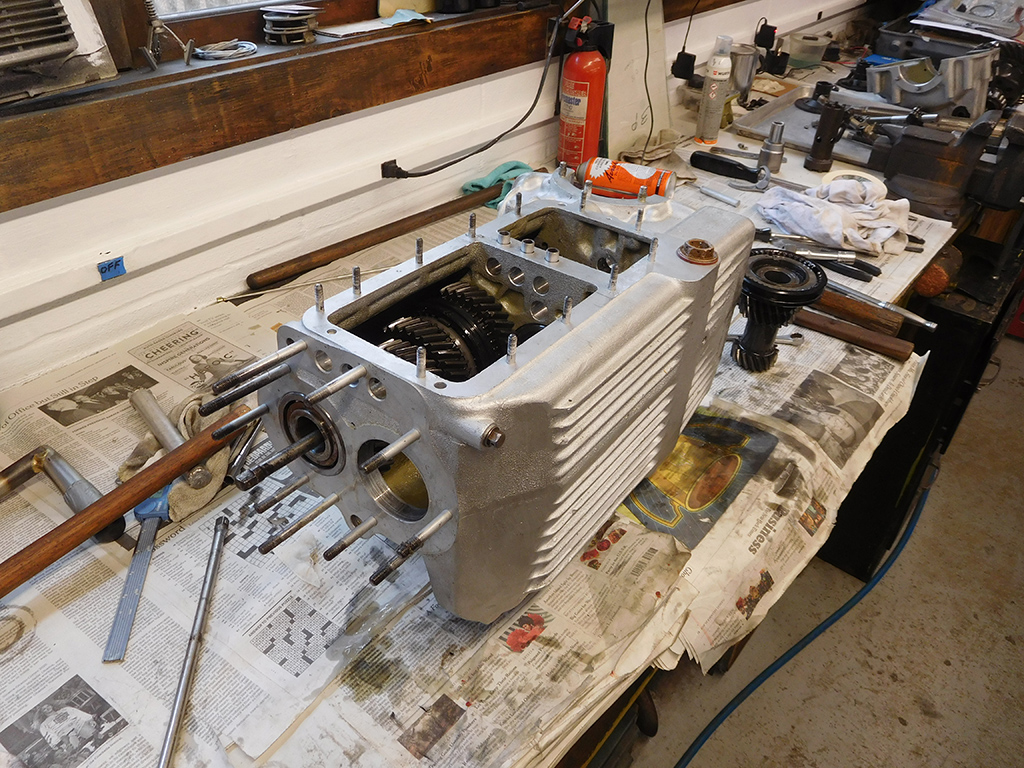 As one of the shafts came out of the gear box, we heard the tinging noise of a loose part fall into the bottom of the case. 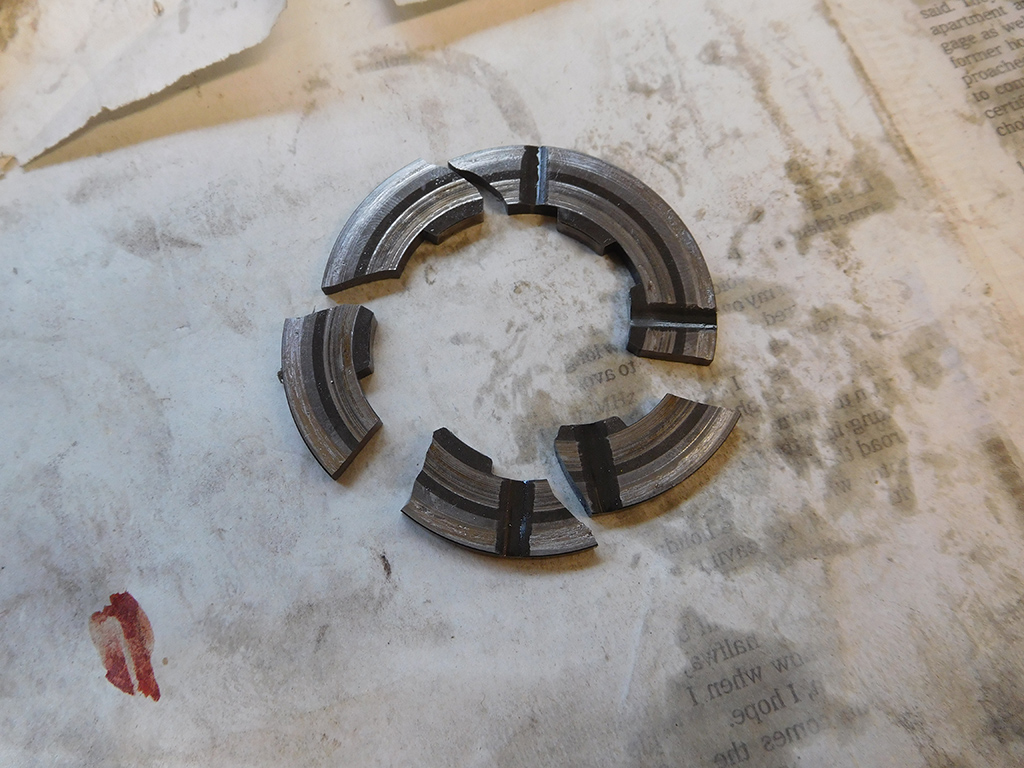 A spacer near 4th gear had shattered, and locked the gearbox. I think this whole play-by-play description could have been summed up with this one picture. Even the smear of Francois’ blood in the lower left of the frame succinctly depicted  the pain and suffering this car has caused!

Not willing to give up, Francois checked his parts stash for an extra washer, but turned up empty. He called Partsource, and he had one! It was Friday afternoon and there might have been a chance to overnight the part for Saturday delivery…At that point, Francois and I had a heart to heart talk.

We were already two days late putting this car on the truck, and there were a lot of factors that could go wrong getting this car to Florida. The part from Partsource would have to arrive on Saturday, we would have to assemble the transmission and hope the clearances were the same with the new washer. Ferrari transaxles are tricky transmissions, and getting all the gears to line up can sometimes take several tries to get it back together. If things went smoothly, no problem, but I’ve seen Francois try several times for hours to get the gears to thread onto a splined shaft inside the gearbox. Once the gearbox was assembled, we still needed to get the transmission installed and back on the ground and tested. Pushing this time well into Saturday with the snow storm arriving at noon in CT, could the car even be driven during the storm? If the car checked out perfectly, how were we going to get the car loaded onto a truck in the middle of the storm? If we waited until Monday morning, we would be holding up a truck load of other cars trying to make the same show. There came a time when someone needed to call it quits. Francois and I both felt really badly for the customer and were trying our best to overcome the obstacles, but I just couldn’t put Francois and all the other people involved through it anymore. 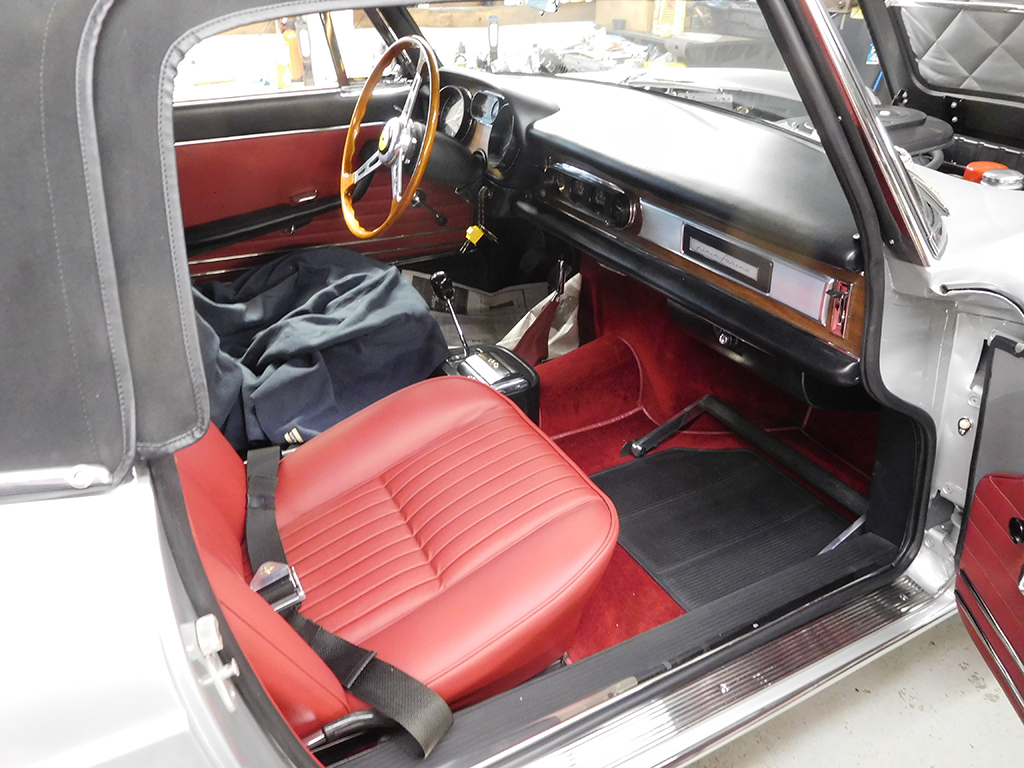 We wanted the time to fix it right and not rush the process. Francois and I have been working together for over 20 years and I was really looking forward to showing this car as the result of a car we started together from the very beginning. We have different styles of work, and we both have made compromises to get this car done. Lately, Francois has been chiding me about working on deadlines and he would prefer not picking a show until he was good and ready. My view was choosing a reasonable deadline allowed us to set goals towards completion, but every time we hit a snag, Francois would complain of my self imposed deadline. As Francois turned 80 last year, I could sense he had less and less tolerance for this business, and I didn’t blame him. I’m lucky he still enjoys the work, so I did whatever was in my power to insulate him from the undesirable aspects of the business so he could continue to do what he loved. The problems we faced were not from negligence or incompetence, but just bad luck. It killed me to admit defeat, but sometimes losing is all that one can do. We tried our best and I’ll be back to try again! 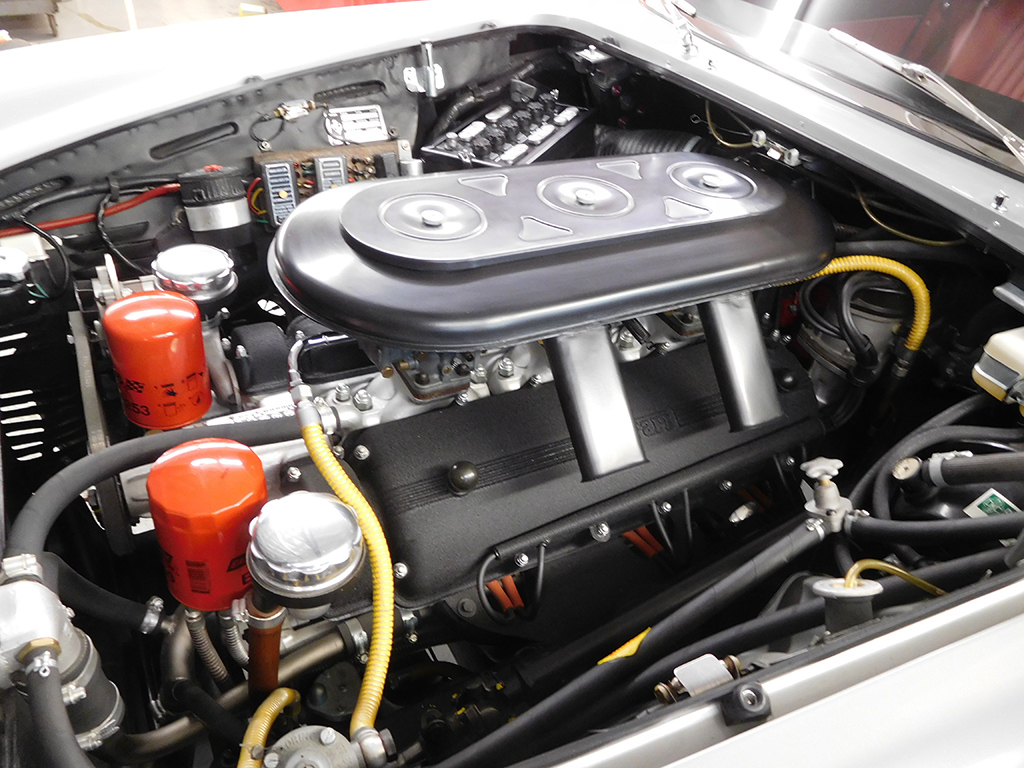 The most frustrating part is I was really happy with the way this car turned out. I felt we had a very good shot at doing well at this show, and I was looking forward to showing this car. We’ll get the parts, we’ll fix the car, and Francois will get his chance to show this car when it’s good and ready!