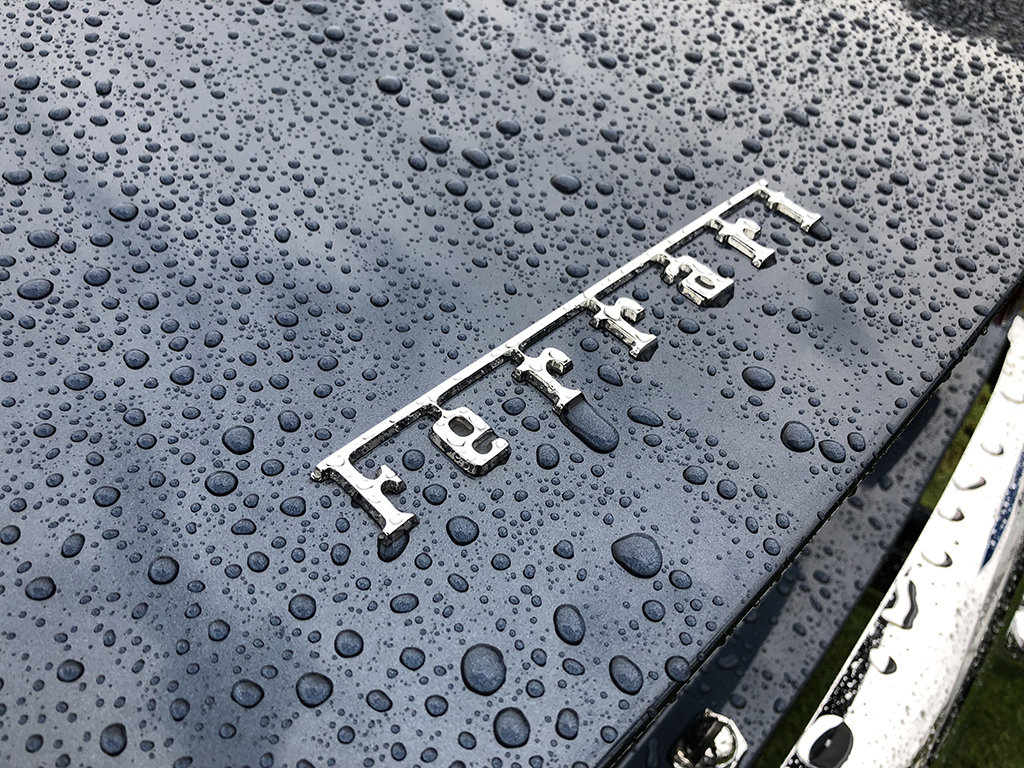 I think this picture sums up my trip to Cavallino this year! Along with the spoiler of rain, I wasn’t able to show the 275GTS we had worked so hard to restore because of a transmission issue. I almost didn’t go this year because of this disappointment, but since I had already booked the tickets, I flew down to Florida hoping the time off would do me some good. 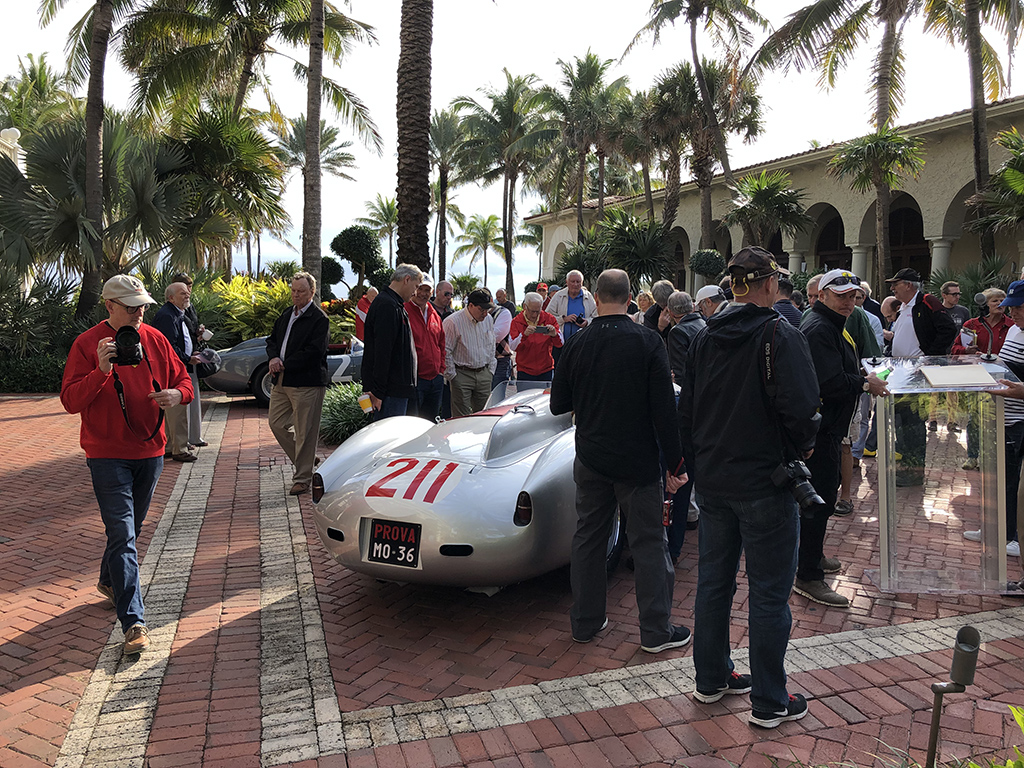 The first signs of weather affecting the Cavallino show schedule was the change of the seminar series. I know many people look forward to this free lecture series that usually discusses three significant cars presented often by the restorers and owners. It’s a great peek behind the curtain to what goes into not only a restoration, but also the history of that particular Ferrari or model. 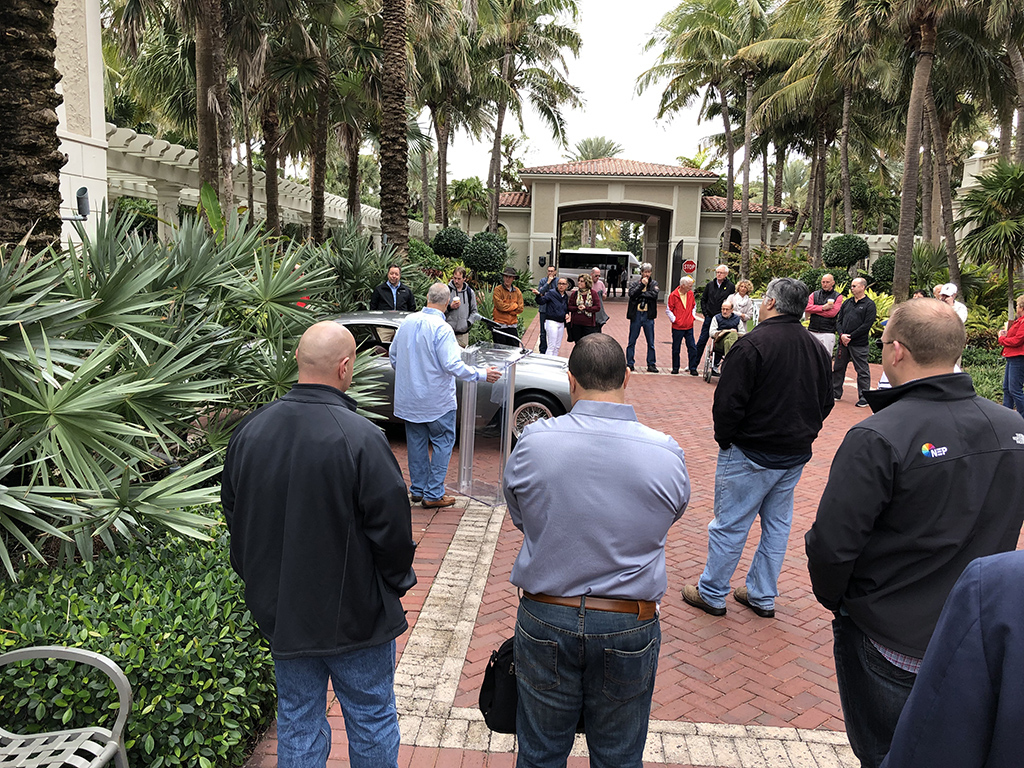 What normally is scheduled on a Thursday morning was moved to Friday of Cavallino weekend due to the forecast of rain. In the 12 years that I’ve been attending, this was the first time we’ve had rain, so the organizers decided it was best to reschedule. It may not have rained during the actual time of the seminar Thursday, but torrential rain fell all throughout the day Thursday. We reconvened Friday morning to attend the seminars.

Although I saw many of the usual suspects standing around the cars, I started to notice very few new faces in the crowd. This started to make me wonder who’s interested in these old cars? The 1964 Lusso was the youngest car being presented, and 55 years worth of newer Ferraris produced since this car’s introduction. I personally love the old cars, but I wonder if the new guys really care? This thought floated in my mind throughout the weekend. 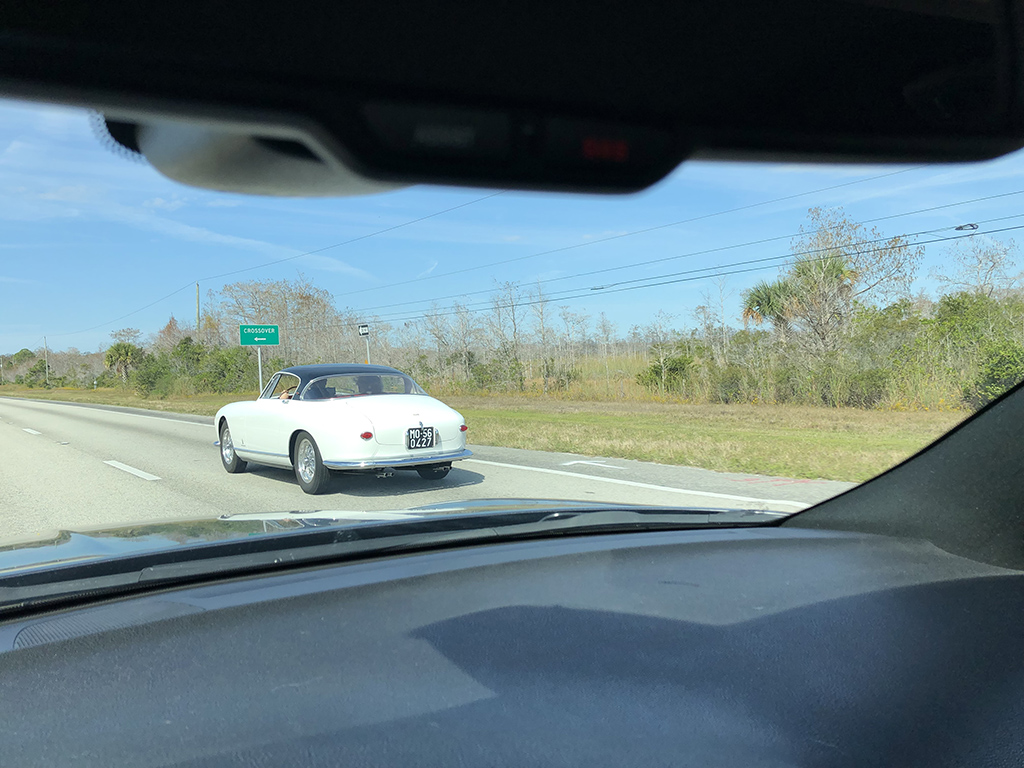 After the seminar, I drove out the track to see what was going on. It was nice to see this Europa on the road heading out the track, proving that these cars CAN be driven on the road, and it looked great doing it.

Unfortunately, the track event was pretty dead even though the weather had cleared up. What was once a well attended event has slowly declined to it’s lowest point to date. There were a couple of transporters out with a smattering of cars, but only a couple of cars were out of the track at any given time, and most of them were giving rides to friends and family. I heard blame placed on the fact that The 24 Hour Daytona race was happening south of here, but I just wondered who’s racing their cars anymore at a track event like this? 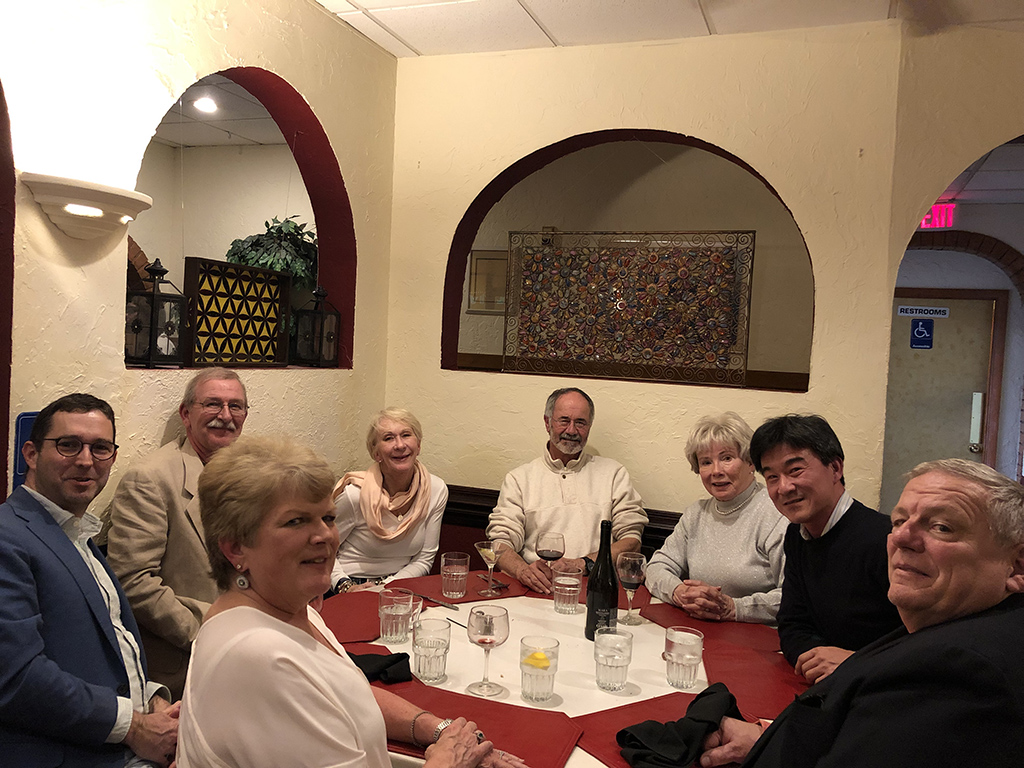 Around the dinner table from bottom to the left.

Despite the lack of cars, I still managed to enjoy the company of my friends in the Ferrari Community. I was honored to join Cathy Roush of Ferrari Market Letter for dinner one night. The Roush’s have been a part of my Ferrari life for 20 years, and it all began with a phone call to Gerald Roush, the founder of the Ferrari Market Letter, about my 330 America. I met Gerald’s wife Carol soon after and I was soon accepted into the Ferrari family much like anyone who knew the Roush’s.  After the untimely death of Gerald several years ago, Carol retired from FML, and Cathy took on the role that Gerald left behind. It had been 8 years since Carol attended a Ferrari event, and I was so happy to see her and catch up on lost time.

There were plenty of topics to cover over dinner and conversation was lively. There recently was a very nice article written in the FCA Magazine about the old days in FAF in Atlanta, so I asked the old FAF employees at the table to tell me some of the back stories not necessarily fit for print. I was also happy to sit next to Brian Crall, a long time mechanic now operating a Ferrari shop in Texas. Needless to say, there was a lot of stuff to talk about! 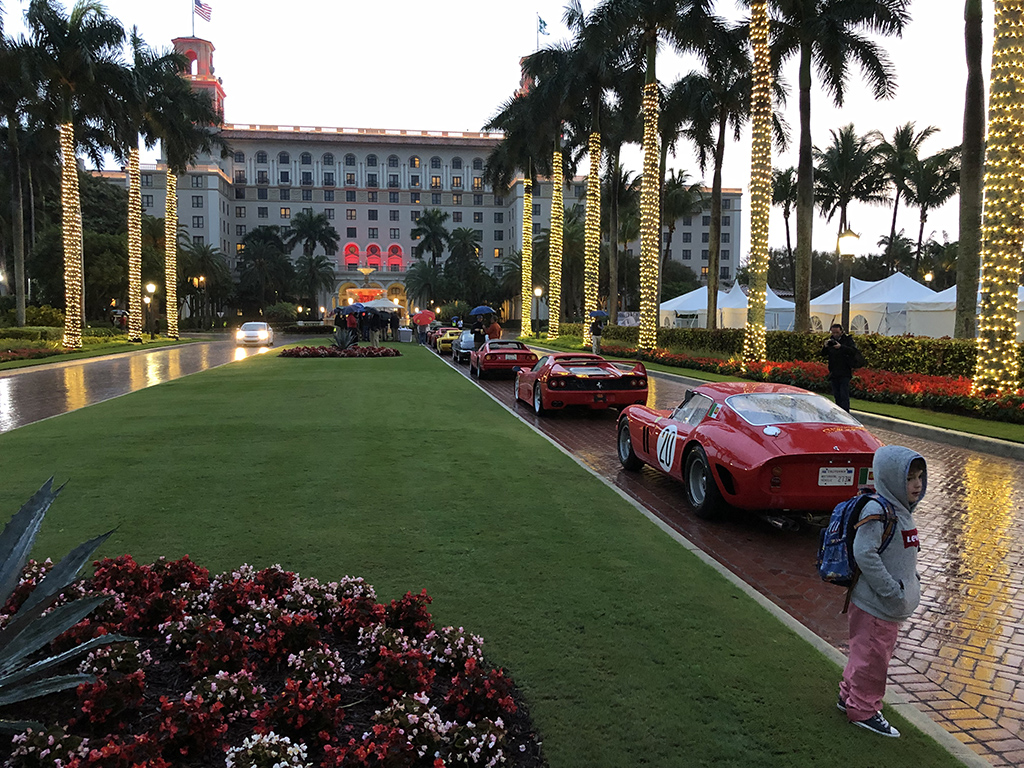 Saturday morning was very wet, and after buying an umbrella at Publix down the block, I basically stayed under it for the rest of the day! 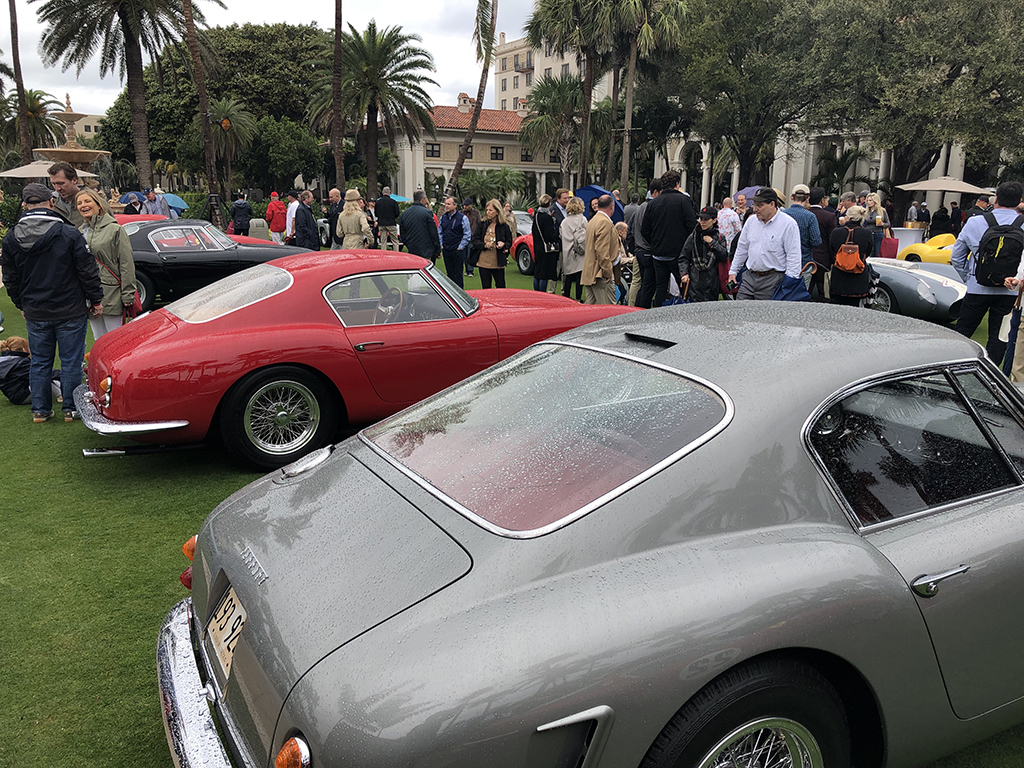 There was still a good show of cars on the top two lawns and short breaks in the rain for the judges to try and look at the cars. 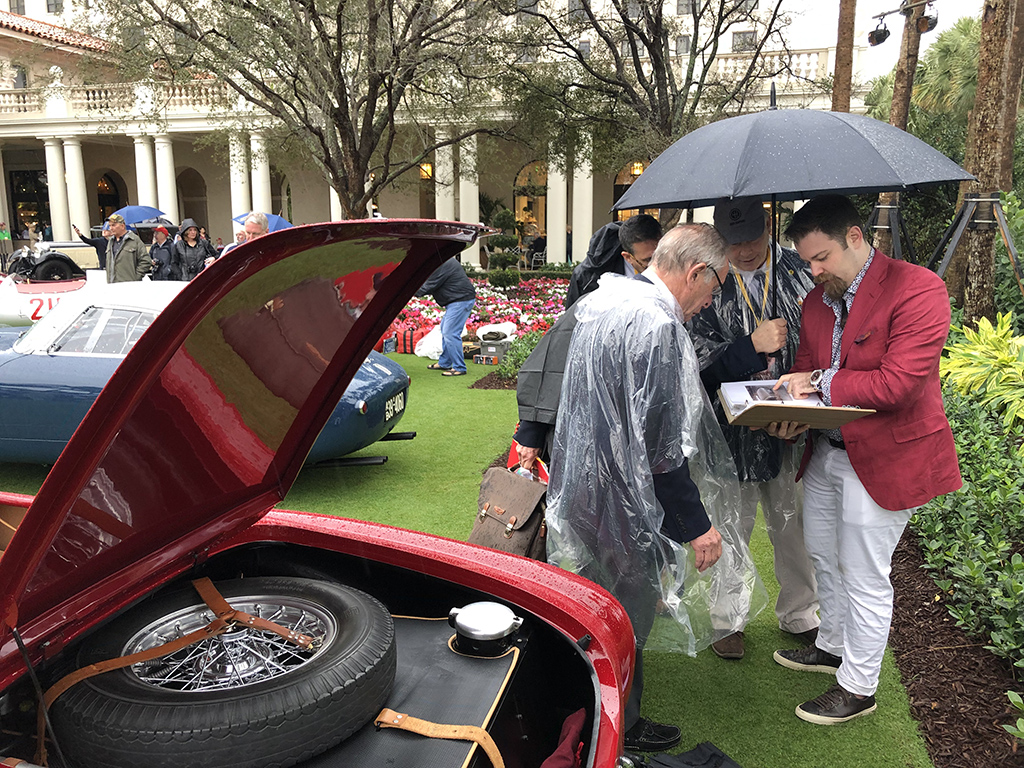 I don’t know if the rain made it easier or harder for participants to show their cars, but everyone was trying their best. 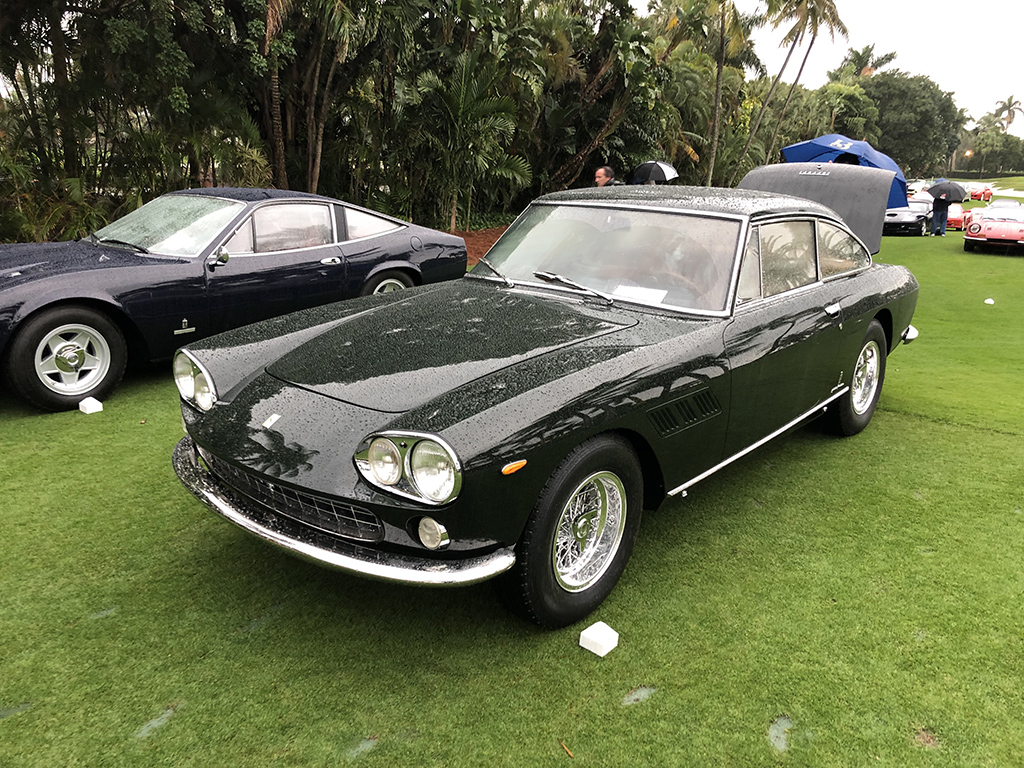 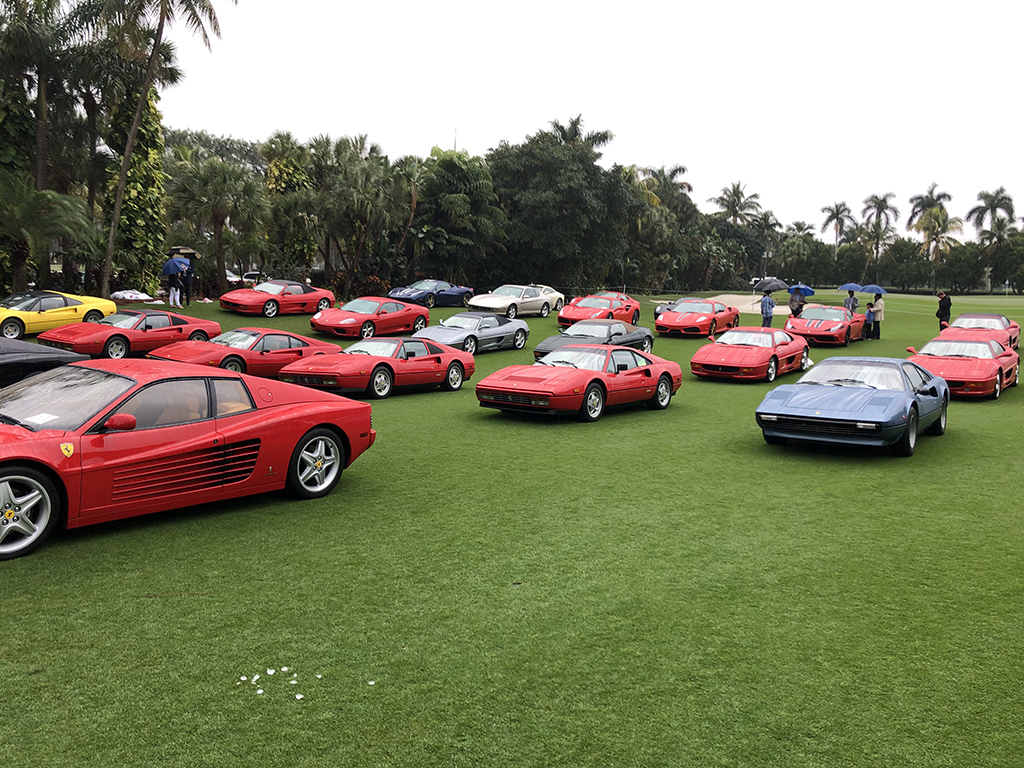 The post Enzo Ferrari field was even thinner. I realize many may not have come because of the rain, but the spacing also seemed wider. 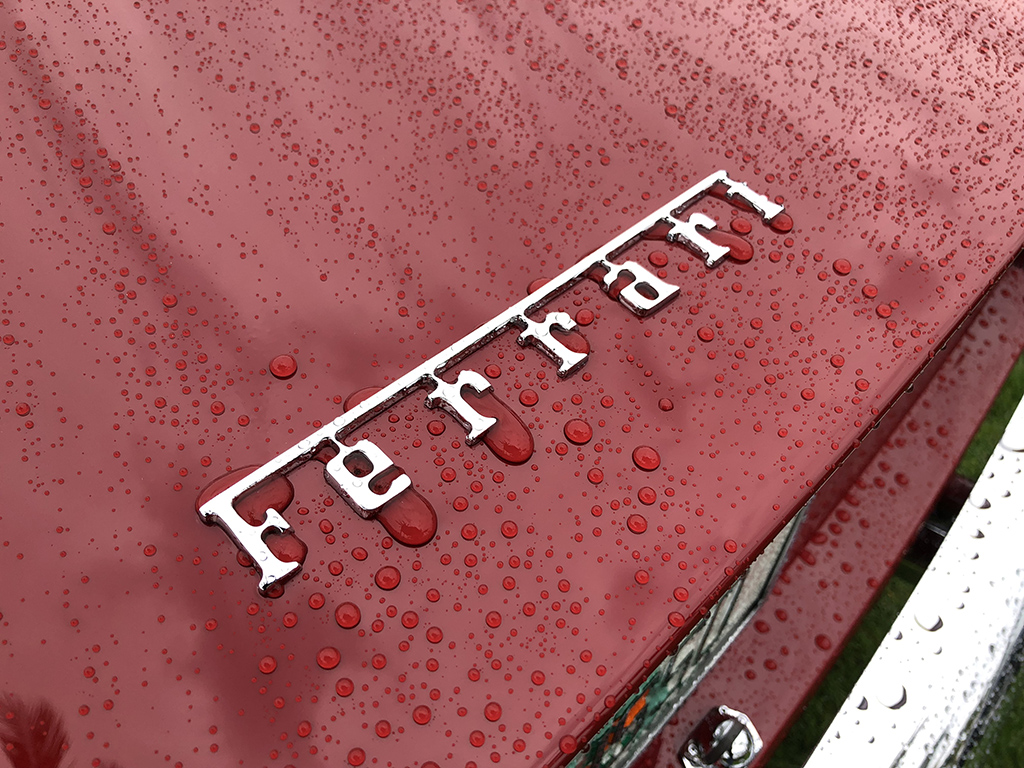 I hope the weather was the main factor in this show’s light attendance, but I feel there are more factors than what meets the eye…