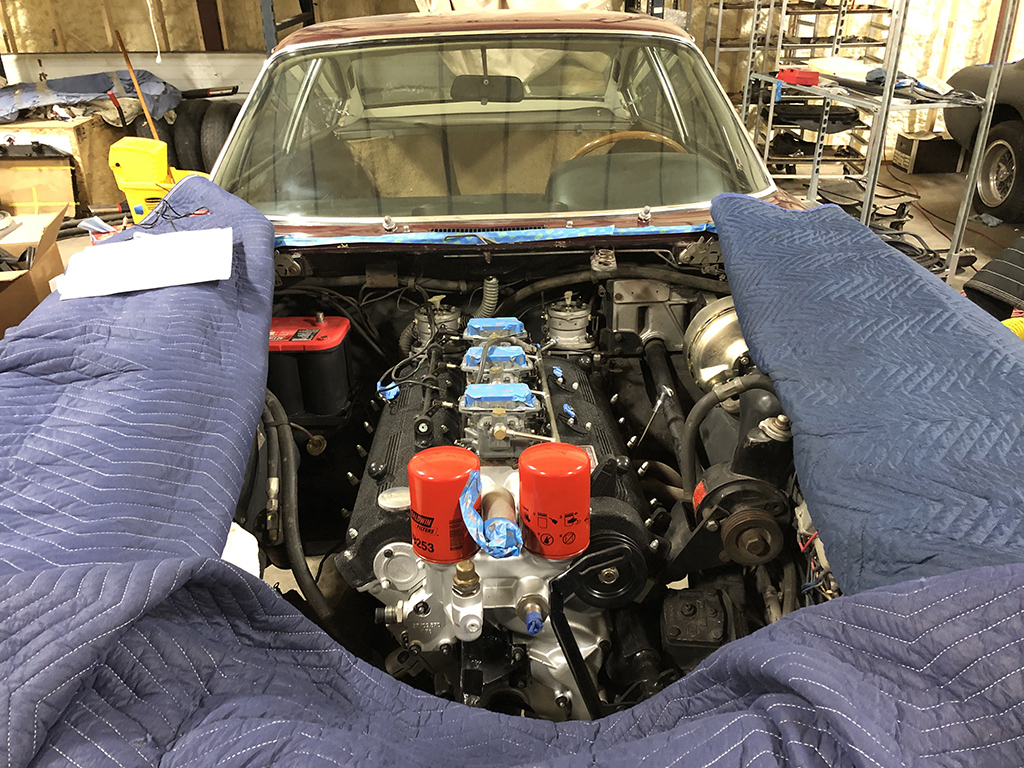 So my friend Peter gave me a hand last weekend to install the engine in this 365GT 2+2. It’s always good to have a second pair of eyes and hands to help guide and engine back into place. With the engine in place, I can start get the electrical hooked back up, along with the fuel lines, and install the transmission. 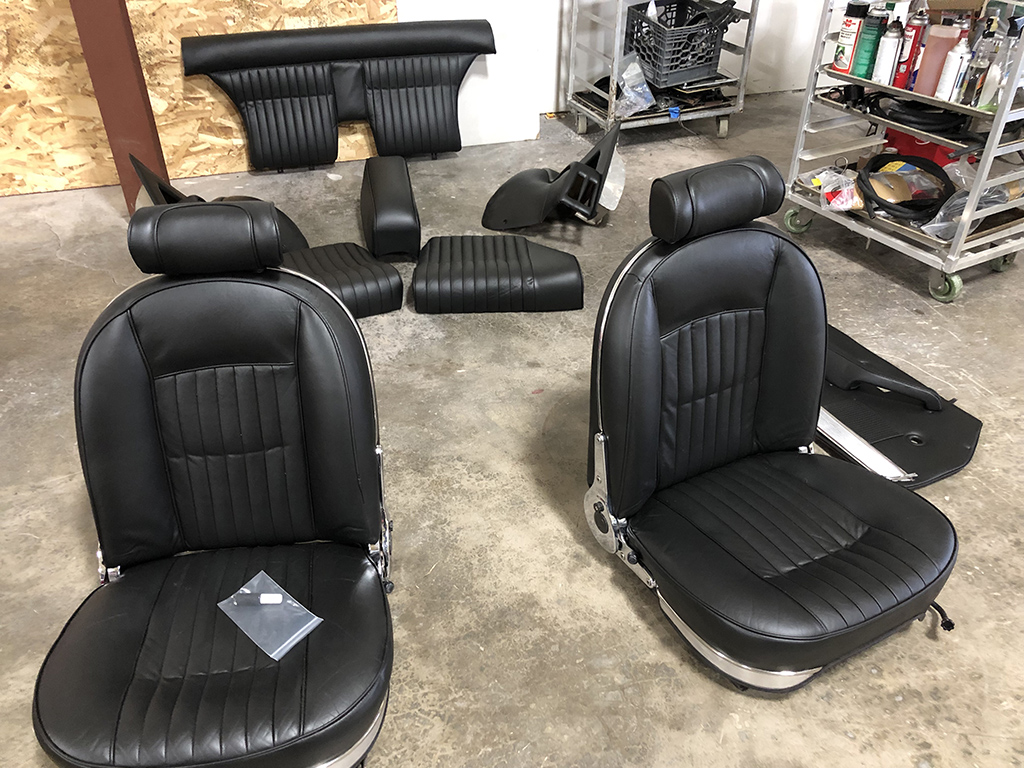 I had the interior dyed black to better match the exterior color of the car. The old color was too close in hue to the what outside of the car was painted, and it would have been too many shades of red. 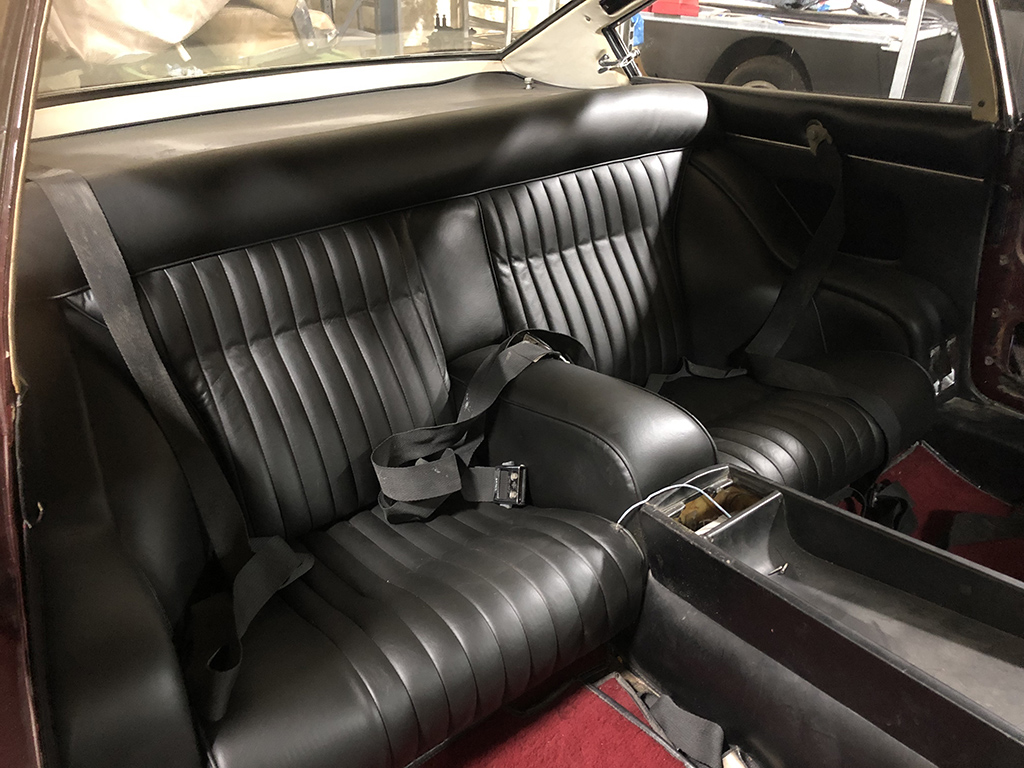 This car is going to be a “driver” so a new interior was not in the budget, but the dye job looks pretty good! 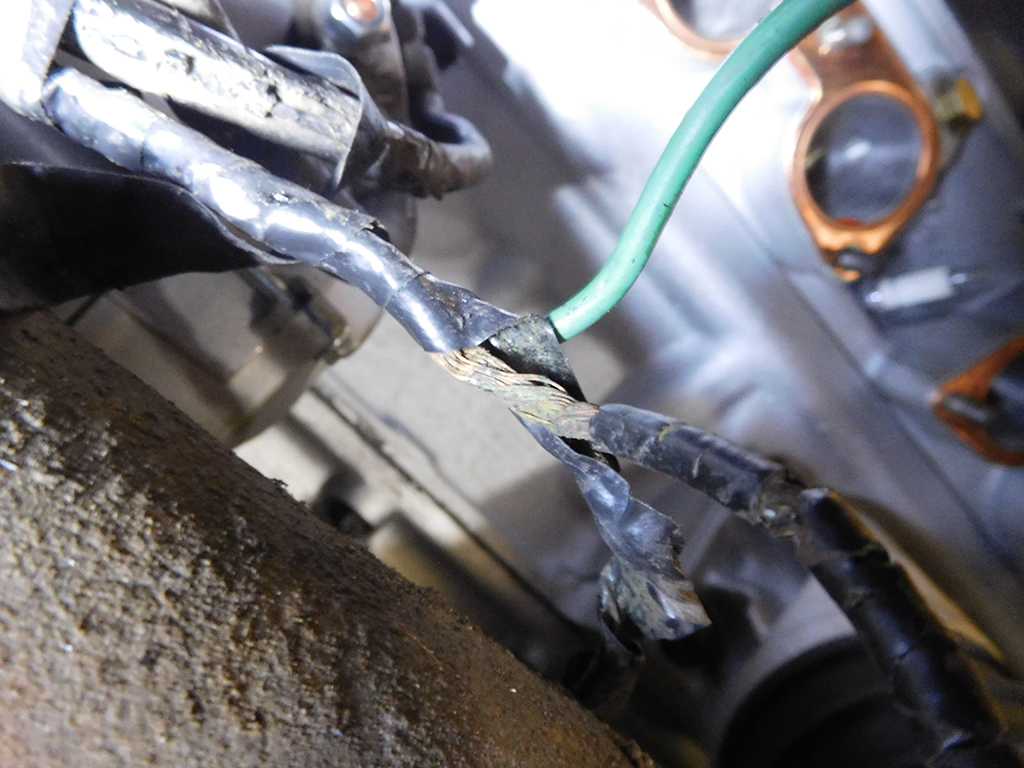 Before I installed the headers, on the engine, I wanted to test the starter on this car. Even though we’re installing a modern high torque starter, it’ll still be a pain in the butt to get to it when everything is installed, so I threw a battery in the car and tested the starter. Nothing. It turned out I was missing a fuse, but when I took a closer look at the wiring, I didn’t like what I saw. 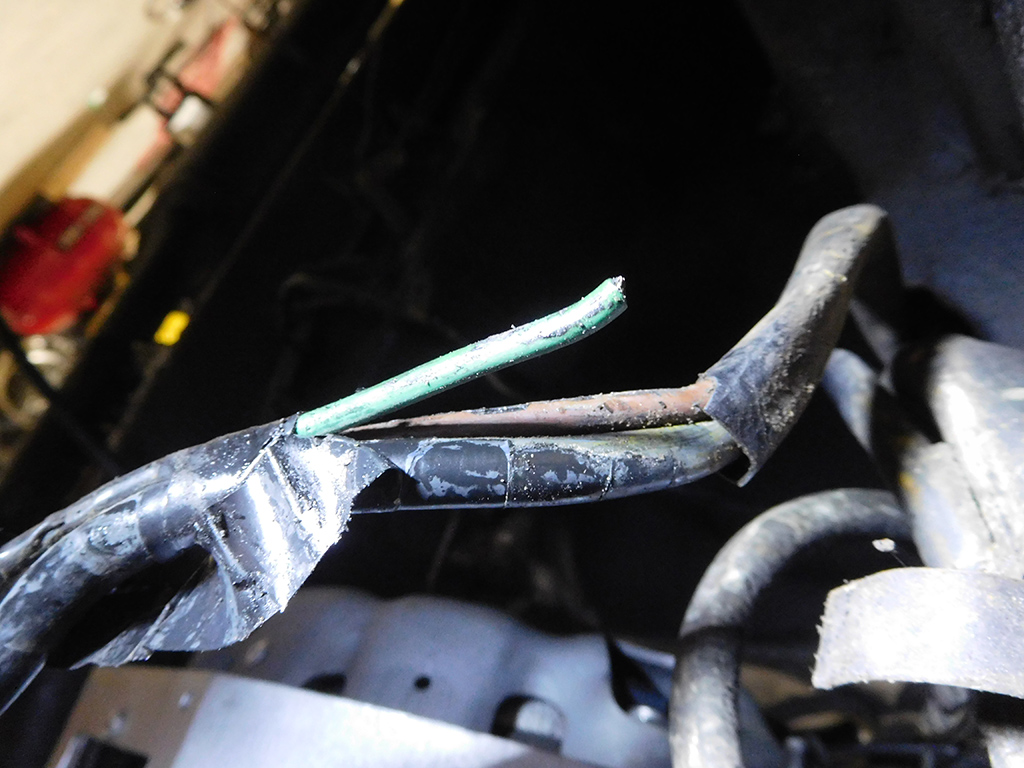 There was an extra wire sistered next to the original starter solenoid wire, but after I unwrapped the the extra electrical tape, I found the extra wire wasn’t even connected!? 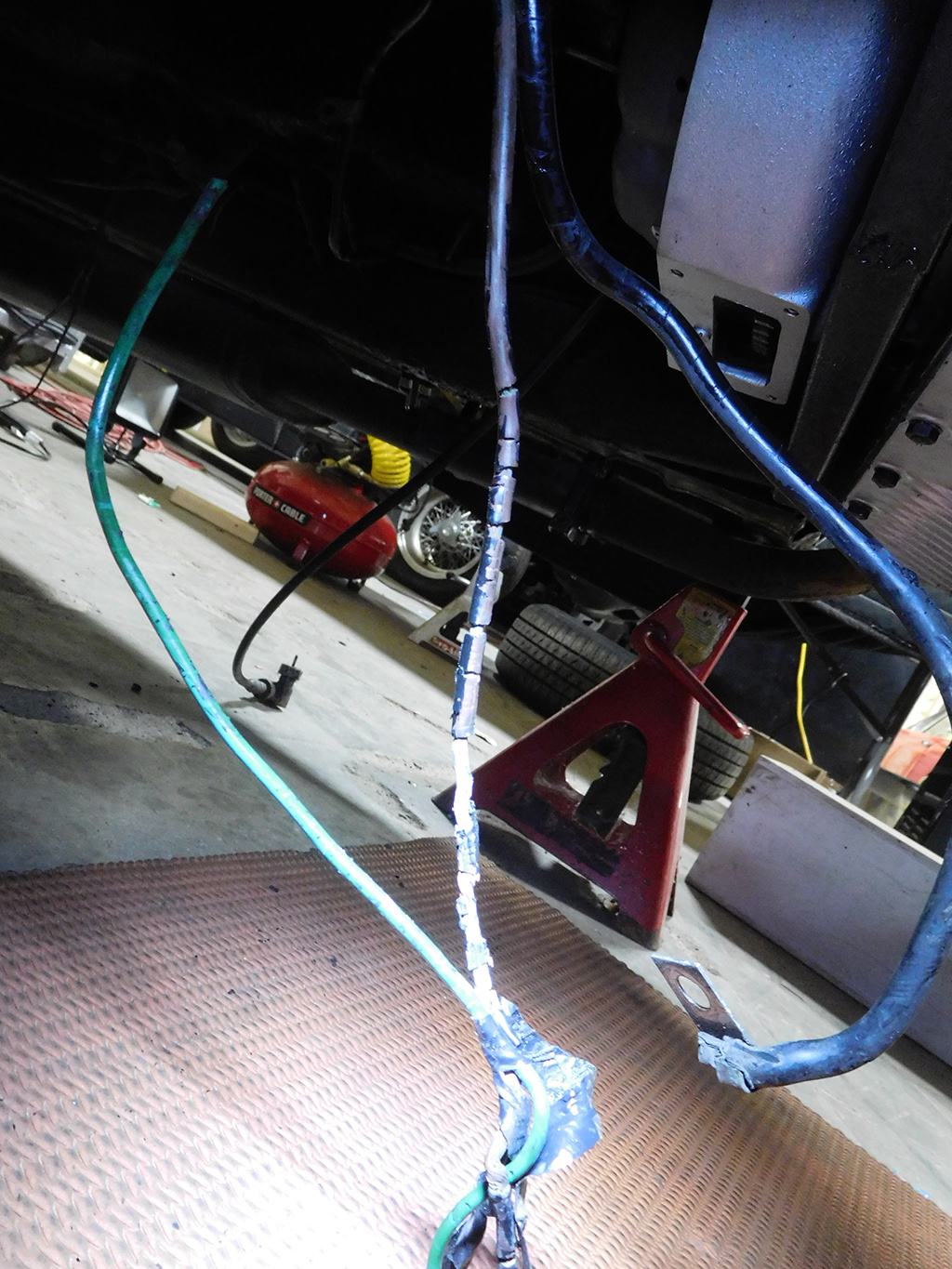 The original solenoid wire had over heated in the past and burned up the insulation, but the repair didn’t make any sense. Looking closer at the burned wire and where it started, it looks like there was a short somewhere in the middle of the wire that caused it to burn when the starter was turned over. I’m surprised the fuse didn’t blow before the wire melted, but whatever the case, I’ll be replacing some wires!