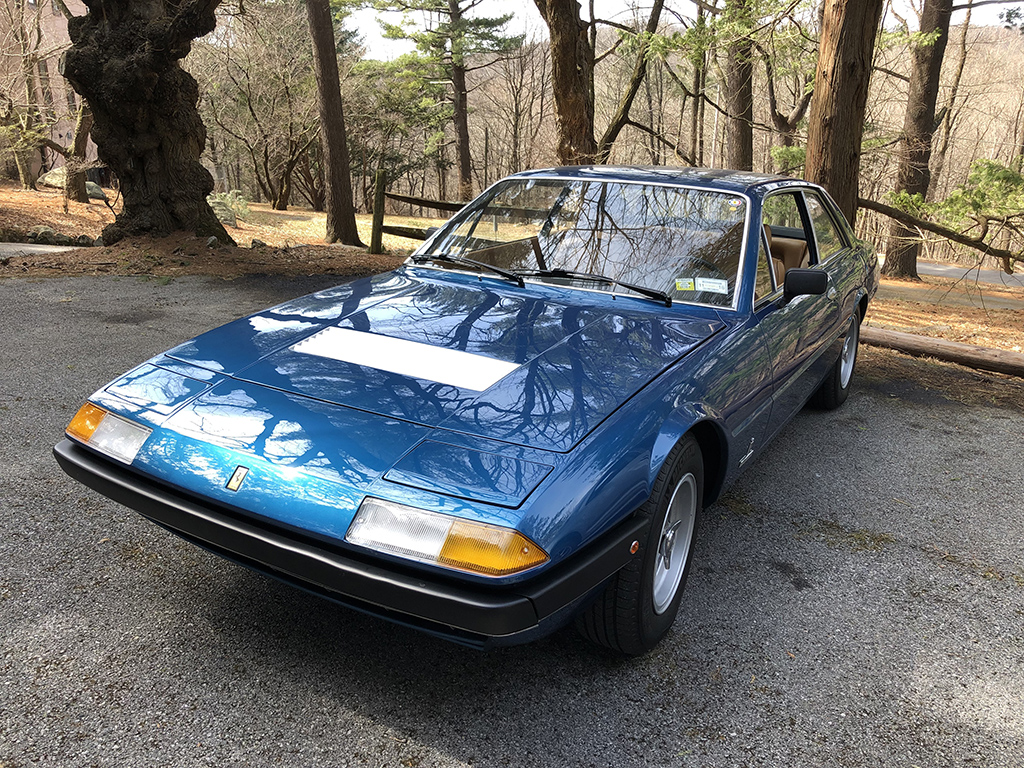 I met the owner of this 365GT/4 2+2 at Watkins Glen last Fall at the Ferrari Club National Meet. He had purchased this car a couple of years ago and it was his first vintage Ferrari. He told me that he was getting conflicting opinions on the health of his engine, and the advice was ranging from a full rebuild to the engine being fine and to do nothing. He was confused and concerned about his car, and asked me for some advice. Since the owner lived in NY, he was close enough for me to stop by for a visit and test drive.

I looked at the compression and leak down results and the diagnosis from two shops, both of which I knew, and decided to see for myself what I thought of the engine. I also took the opportunity to learn what kind of a driver the owner was, and his expectations of his Ferrari. Compression and leak down tell only part of a story of the health of an engine. Oil pressure, blow by, smoking, valve train noise, and other noises all add up to whether it should be time for a rebuild. If many signs point towards a rebuild, further inspection of internal parts of the engine can be done to confirm the problems.

After a test drive with both me and the owner at the wheel, I felt the engine wasn’t that bad. The compression was not great, but it was even and acceptable. The car would still pull decently under acceleration, and could still break many speed limits in the shape that it was in. I explained to the owner that, yes, a rebuild would bring back more power, and yes, the smoking would be less, but would it make him any happier? I didn’t think so. I watched the owner drive the car, and he seemed to enjoy the experience of the car just the way it was, and the engine didn’t show an signs of neglect or made any bad noises. There was a little bit of smoking, but not to the point of being unbearable. The oil pressure looked good, and did not fall precipitously after it got warm. I cautioned the owner to keep an eye on oil pressure and consumption as signs the engine is aging but at the current amount of usage, it could take several years for things to get worse! I didn’t blame the other shops for recommending a rebuild of this engine, but sometimes we have to see what the owner wants, and not what we want! 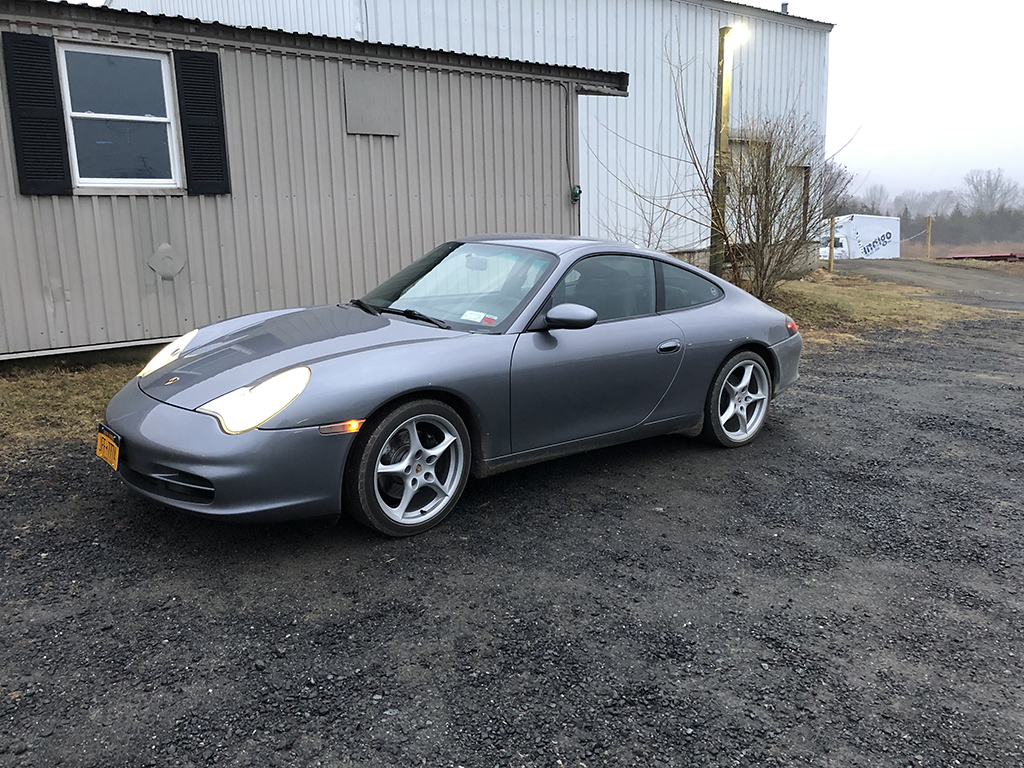 I loaded up my 911 for another house call. It was a good time to put some mileage on this car and familiarize myself with my ‘new” car. As with any car, there is a growing list of things to do and an order of priority, so I wrote on my list and enjoyed the drive. 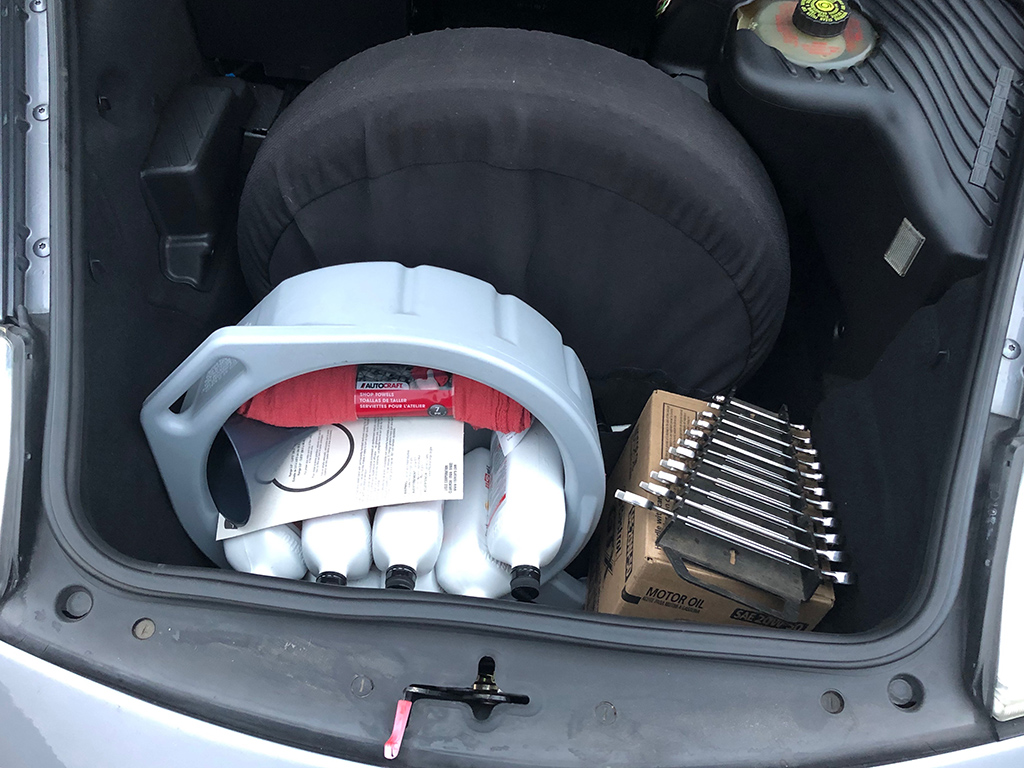 My customer usually ships the car to us for a spring tune up and oil change, and every so often we save a big service for the winter. Last year was a big service when Francois and I rebuilt the transmission on his car. Since the car was running well, the only thing that was necessary for his old Ferrari was an oil change, I felt it would have been a waste of money and time to ship the car to us for just an oil change. It was far cheaper for me to drive down on an hourly basis, change the oil, and return, than the cost of shipping the car round trip. Since all I needed to bring was some tools and supplies for an oil change, the Porsche would work! 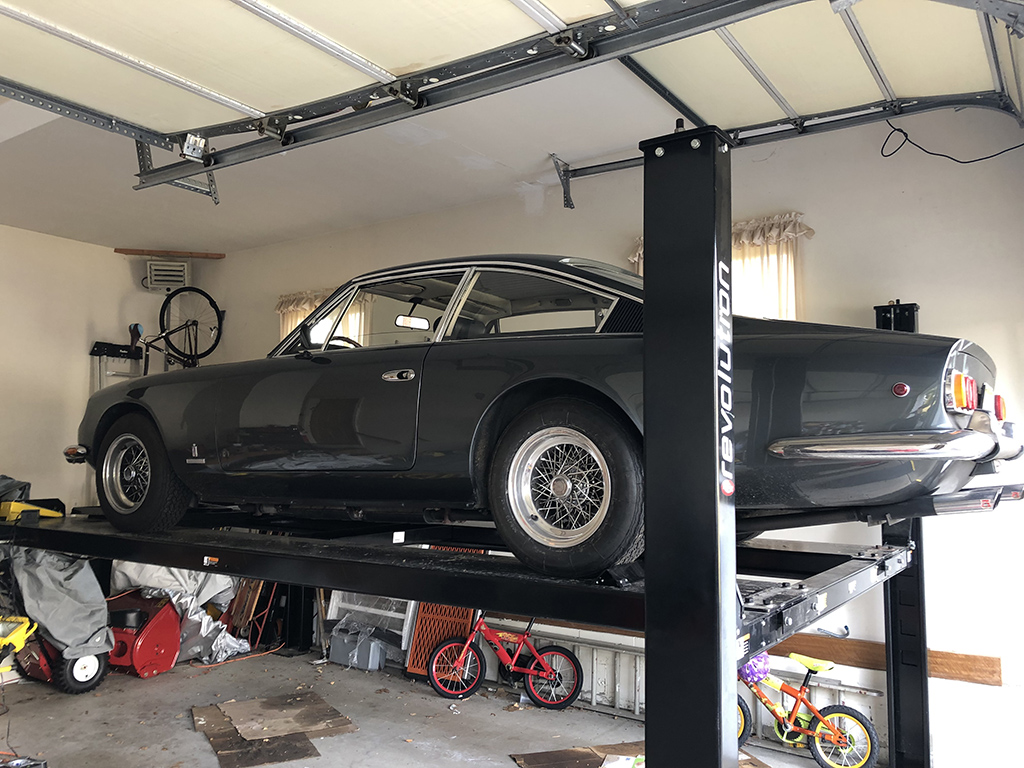 Aron bought this car from another customer of mine 5-1/2 years ago, and has really enjoyed the car. It was nice to spend some time with him and go for a drive together. The last time we did this was when he bought the car. We also familiarized the owner with the underside of his car so he can spot the potential problems and report back to us!