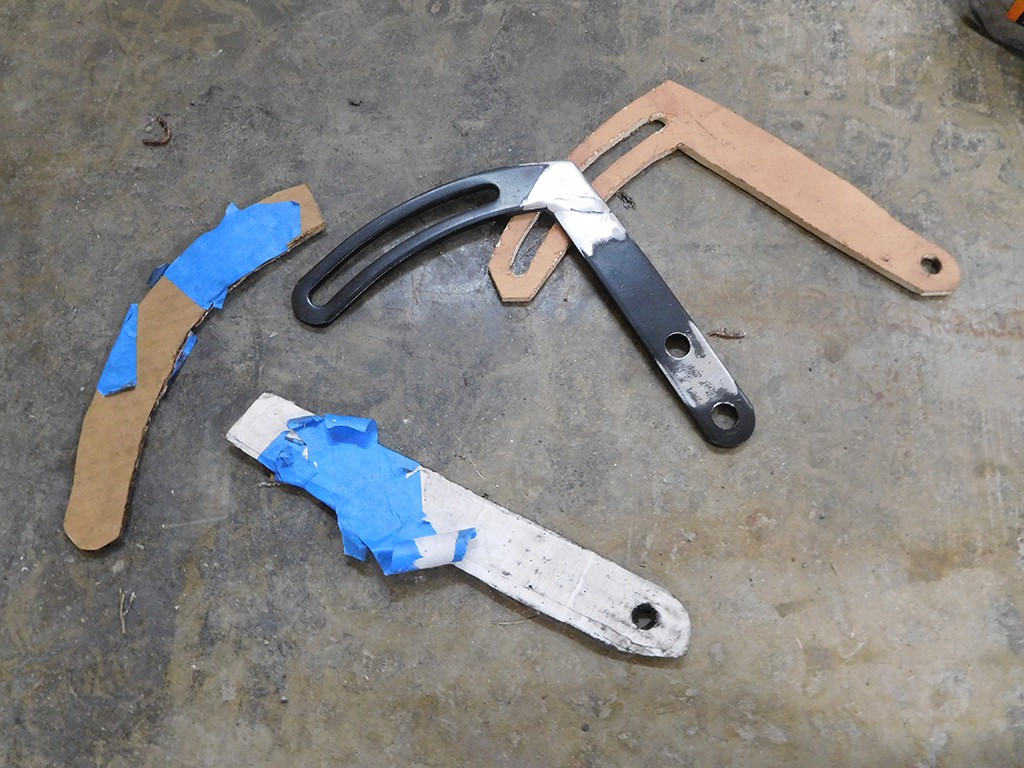 I bought a universal alternator bracket to modify for the new alternator I’m installing in the Ferrari 365GTB/4. I could have made a bracket from scratch, but making the curved slot was quicker to buy ready made than try to make it myself. I still needed to figure out the best shape and angle to cut and weld the bracket to fit my application. I first made a template out of cardboard to get the rough shape and length. Once I was happy with that, I made the next template out of wood to make sure everything would line up with the alternator mounted. I finally cut the steel bracket and welded it together into its new shape. 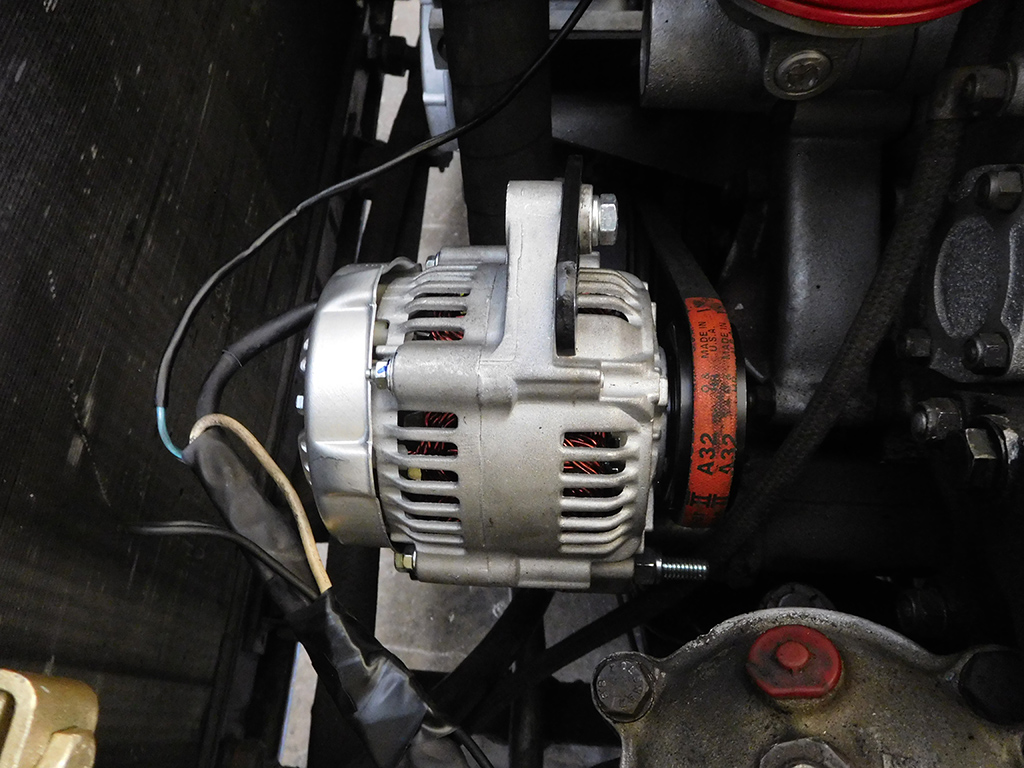 I was overly careful in the measuring and cutting to avoid having to buy another bracket to cut up. My care paid off when everything mounted up and worked as planned. 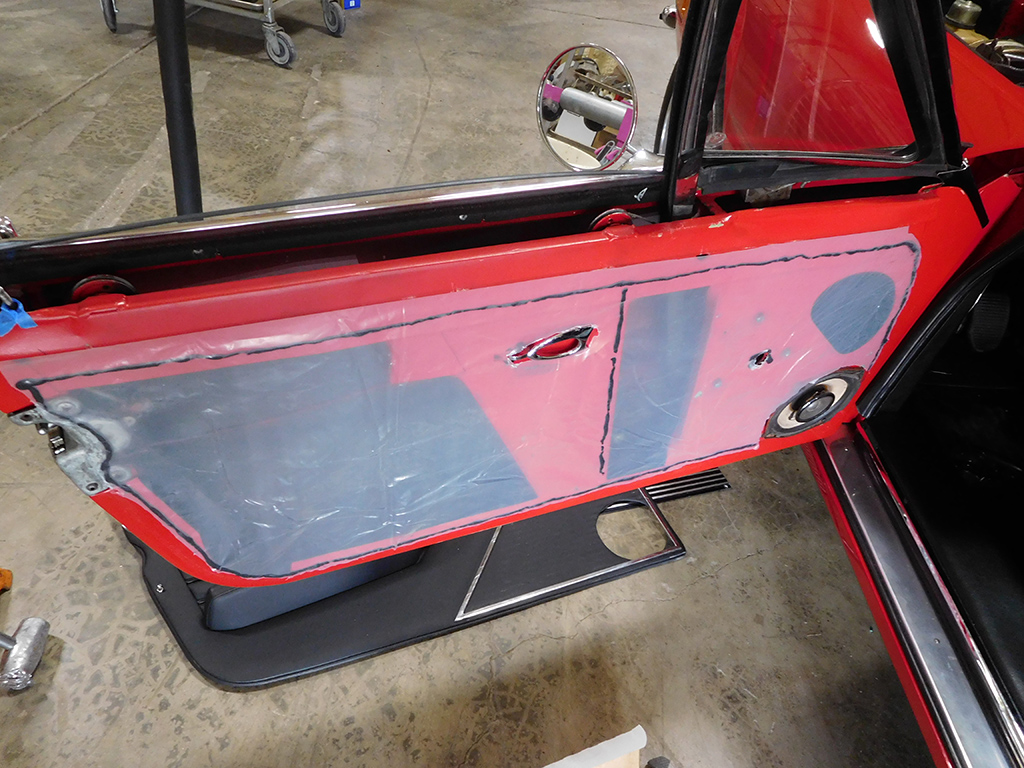 Last week when I was fixing the door lock on this Daytona, I found it was missing the inner moisture barrier behind the door panels. Many people delete this piece of plastic because who drives these cars in the rain anymore? Well, since this car will be on a road rally in a few weeks, there’s no telling what kind of weather it will see, so I put some new plastic in the doors. 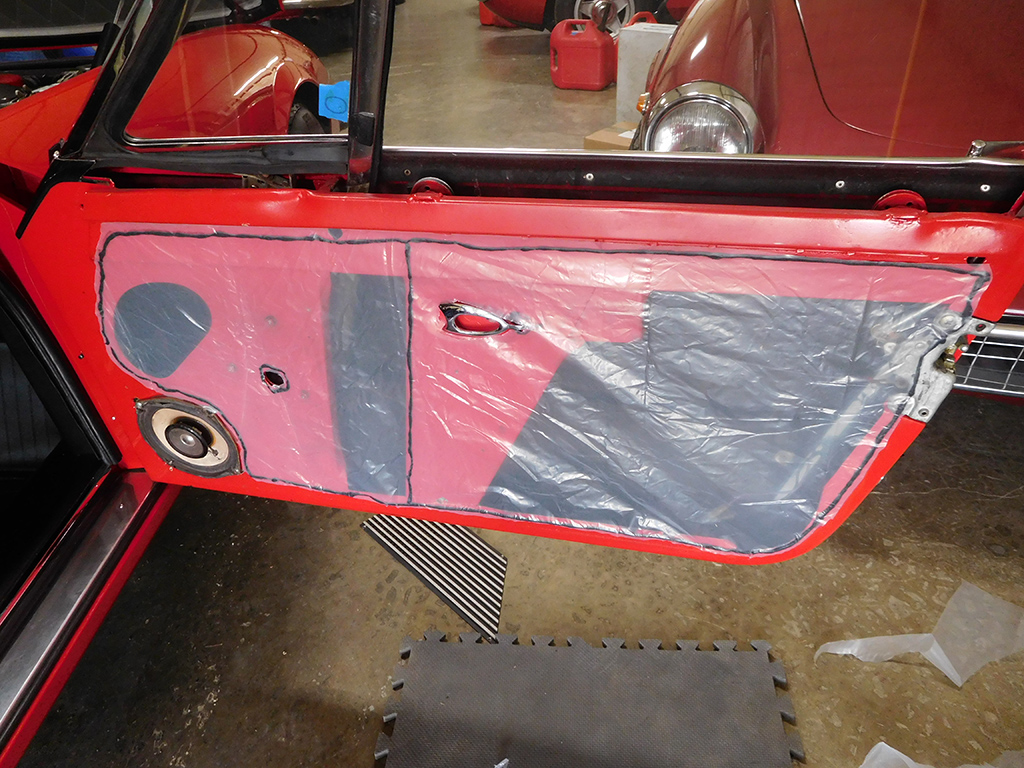 I used strip calk (sometimes called dum-dum) to hold the plastic in place because it comes off easily, and sticks to the plastic really well. 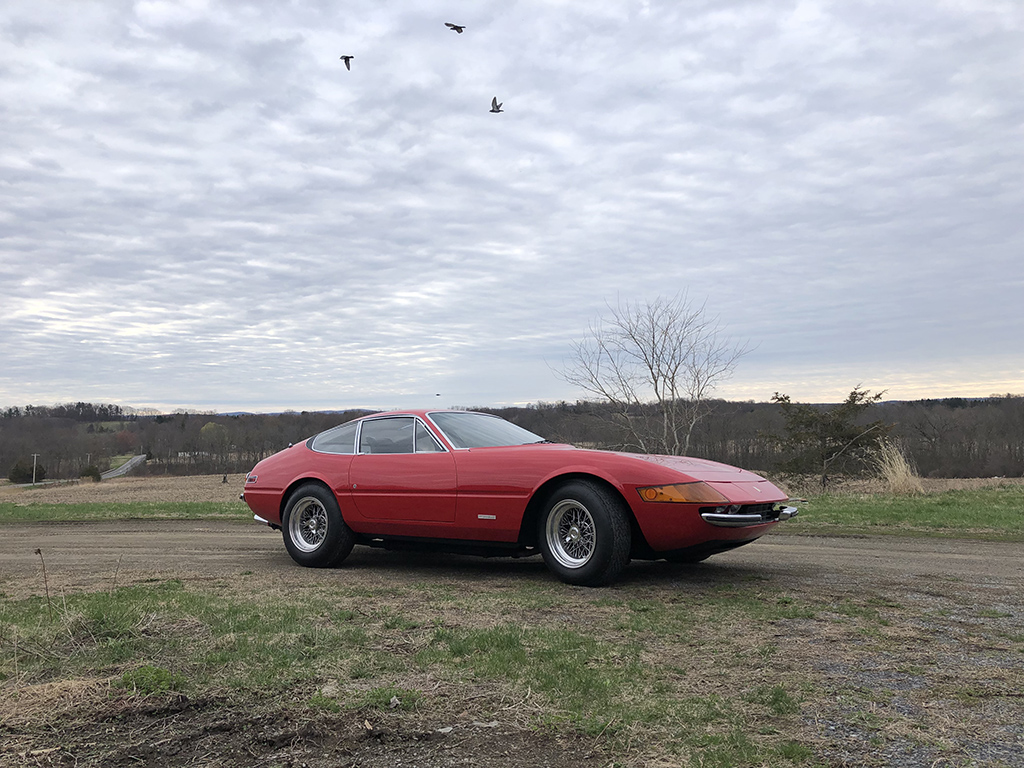 I got up early on a Sunday morning to take the Daytona for a test drive. It might seem cool to take these high performance cars out on test drives, but I actually experience a lot of stress. No one likes to get pulled over by the police, especially in a Ferrari, but testing these cars often takes them well into illegal speeds. Even if I’m doing acceleration runs at wide open throttle, the noise these cars make will attract attention, so I like to find times when there aren’t a lot of people around. 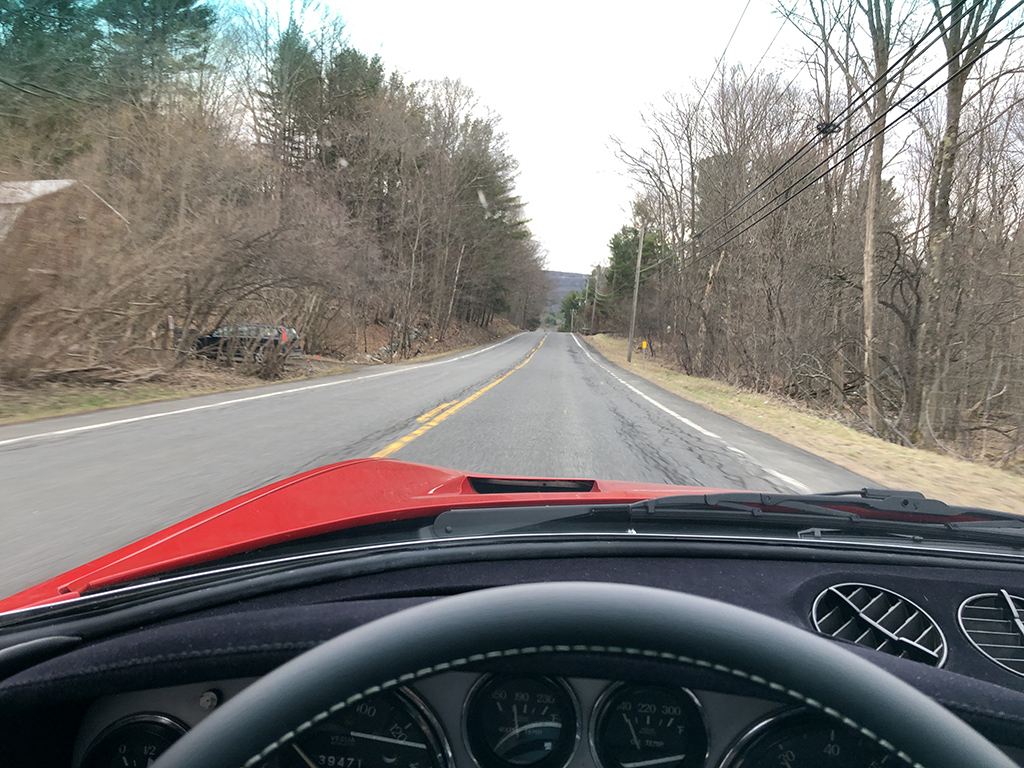 I know, waa, waa, waa, Tom is crying about having to drive a Ferrari! After all the stress and care I take when I drive a customer’s car, I still try to find some time to enjoy myself. Daytonas are brutal cars, that make some great noises when you mash the throttle down. I say it all the time, it’s like swinging a big hammer. They don’t have the “look at me” flair like the Testarossas, but seem to ask you to step aside when they come up behind you. When I haven’t driven one in a while, my first reaction is “wow, that’s a long hood. I can’t see the front corners from the driver’s seat!” After a few minutes of driving, however, the car gets smaller. Placing the corners on small roads doesn’t seem as challenging, and the car just squats and turns. It’s a pretty macho car, and I think that is what sets it apart from all the other Ferraris!