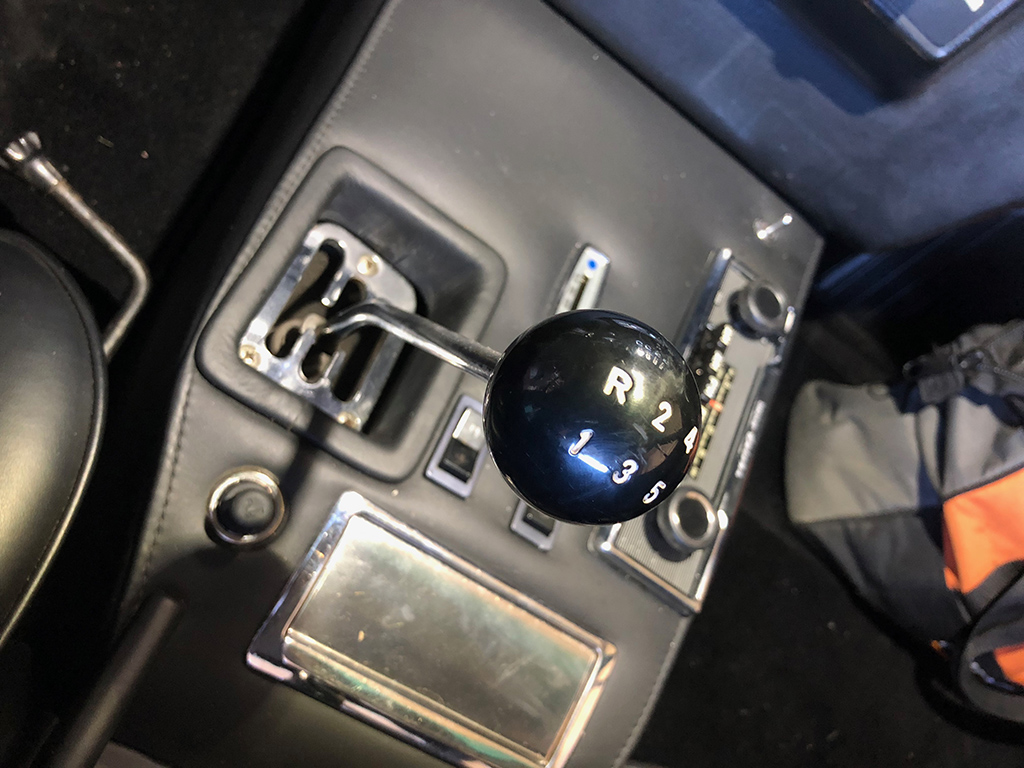 After driving the Daytona last weekend, I had a short list of things I wanted to fix on this car to make it better for the new owner. One of them was to fix the reverse lock out in the gated shifter. Ferraris are known for their gated shifters, and one function was a locking mechanism to keep the driver from accidentally going into reverse. Many early cars have a “dogleg first” gear, meaning 1st gear is down and to the left with reverse being up and to the left where most modern transmissions have 1st gear. It takes a little familiarity to remember where first is on a Daytona transmission, but if the reverse lock out isn’t working, one could easily shift into reverse thinking they’re in a forward gear and trouble can ensue! 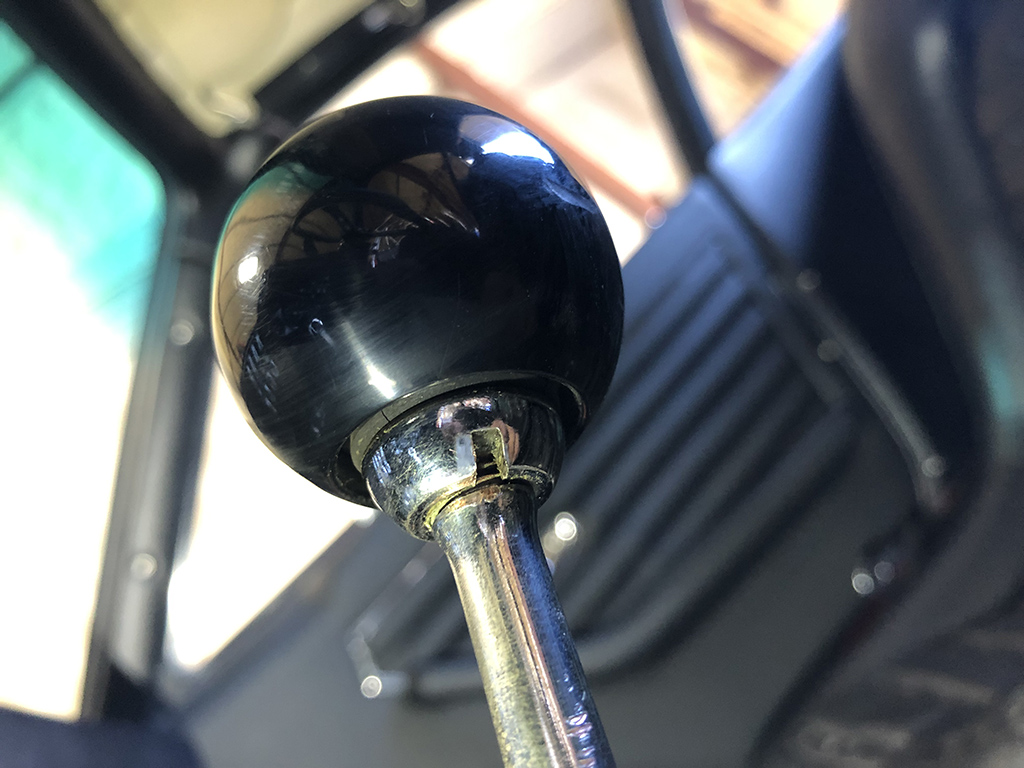 Before I could even fix the shifter plate, I had to remove the shift knob. They usually will unscrew with some force, but this one was stuck fast. There’s a locking nut under the knob, and this one was doing its job a little too well! The shift ball also had a rubber insulator inside, so turning it too hard risked shearing the rubber inside the knob. I needed to make a tool to slot into this lock nut and decided to look to Facebook for help. I could have posted a request to everyone on this blog post, or even the forum, but I find Facebook a little more instantaneous. Within minutes of asking for pictures of tools others have made to remove this particular nut, I had some good ideas of what I should make. 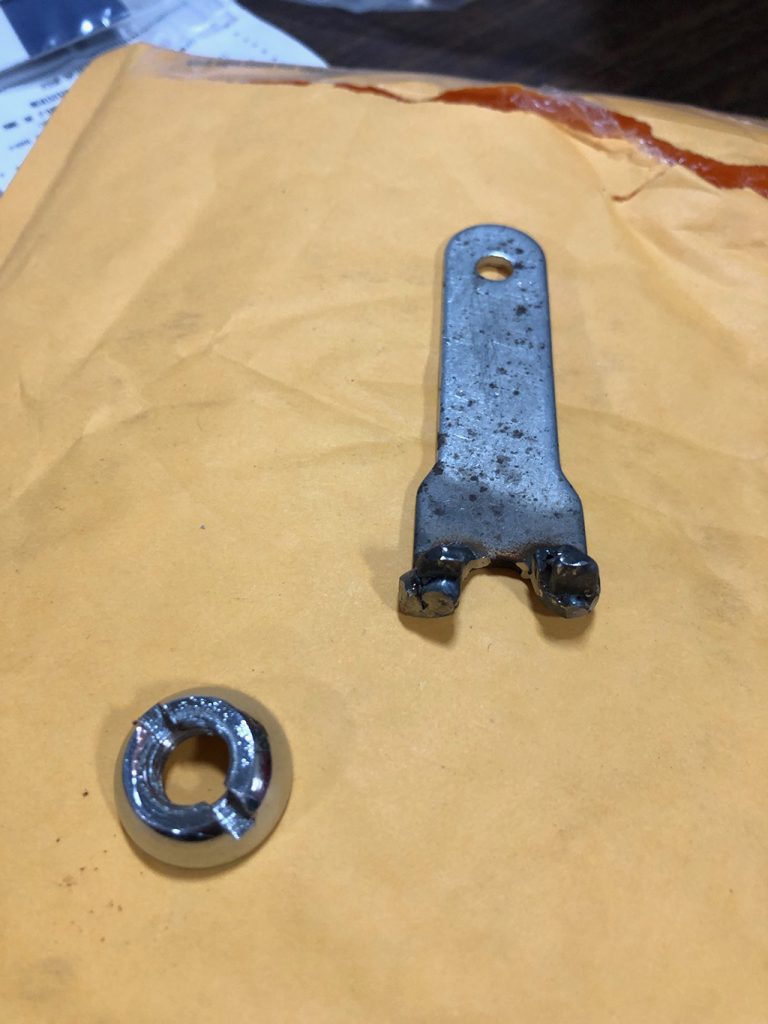 I looked through my tool box for a sacrificial tool to modify for this purpose and found a spare air tool wrench I could use. After reinforcing the tabs with some welds, and filing the ends to fit perfectly in the slot, I fabricated a new tool.  The nut easily came loose with the custom tool and I was able to get the shift knob to release. 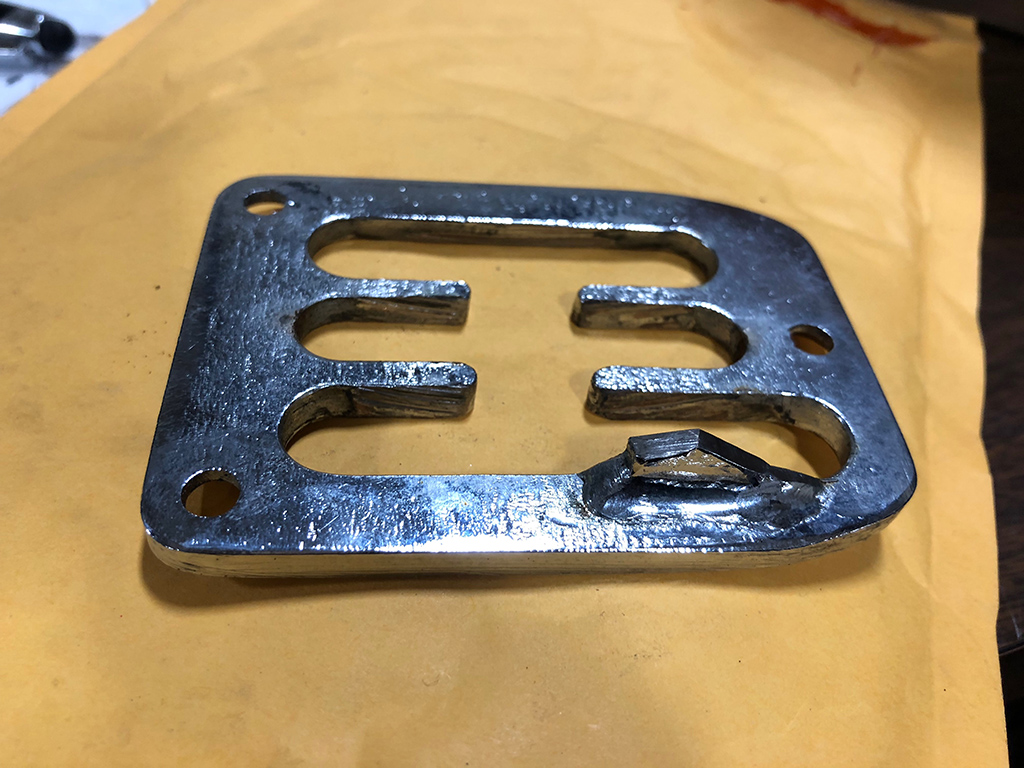 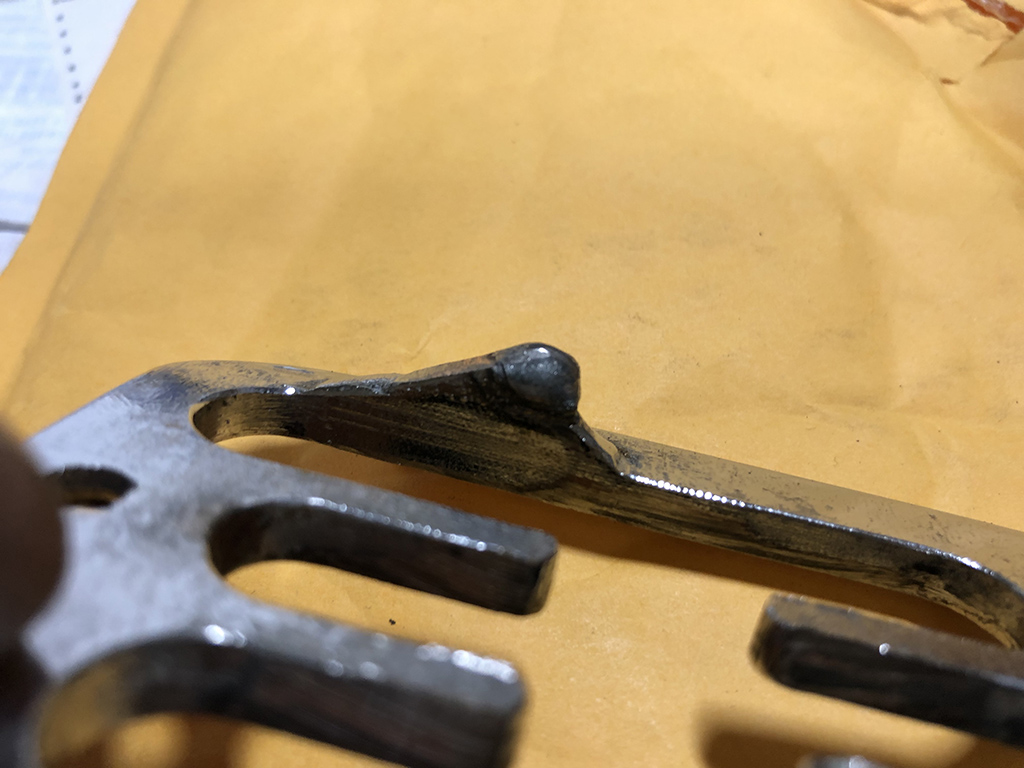 With a wet rag to insulate the plate from the heat of welding and a quick hot burst of weld, I tacked on a piece of steel to the tab on the shifter plate. Then, I shaped and filed the part into the correct shape. With everything installed, the shifter now works as it’s supposed to, and there will be no risk of this car going into reverse unless the driver means to!

Working on this shifter reminds me of the first time I experienced a reverse lock out in a Dino. It was over 25 years ago when I was still working in television for David Letterman. We were in TV City in Los Angeles doing  a week of shows when Dave brought his 246GTS Dino to work one day and asked me if I’d like to drive it:

During rehearsal, Dave asked if I saw his car parked outside, and we chatted a little bit about the car. He then asked if I was interested in driving it. Caught by surprise, I blurted out, “well, um…Yeah!” He reached into his pocket and pulled out his keys. Realizing that I still had work to do, and my colleagues wouldn’t appreciate it if I left them to do the work while I went for a spin in Letterman’s car, I asked we could do it later. He agreed, and said, “Let me know when you’re ready.”

At the end of rehearsal, I had some time, so I told Letterman I was ready for that drive. I followed him out to his car, and quickly, a crowd collected. He handed me the keys, and I started the car. I tried to get into reverse in the gated shifter, but for some reason, I couldn’t get the reverse lock-out to disengage. Dave watched me struggle along with the twenty other crew members before he offered to show me how to get the car into reverse. He jumped into the driver’s seat and immediately got into reverse. Under intense crew mockery, I gave it another try, only to find the shifter refusing to go into reverse. I couldn’t believe my first and only chance in driving a Ferrari was going to be thwarted because I couldn’t get reverse! I was just about to get out and push the car out of the parking space, when I realized the trick to get the shifter to unlock. Dave knew all along that all you had to do was push the shifter down into the floor to get it past the lock out, but he was having too much fun watching me struggle!

The rest of this story can be found here on the old section of this website: