After the Hammer Falls: A Daytona finds a New Home 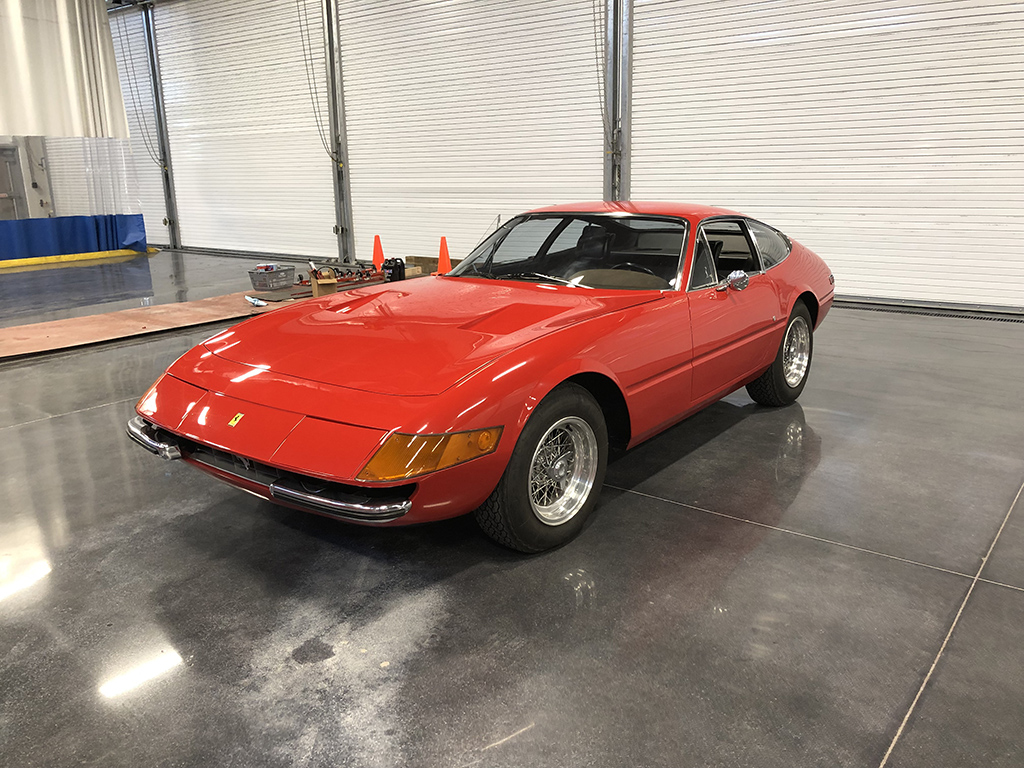 I got a call a couple of weeks ago from a friend of mine while he was at a RM Auction in Fort Lauderdale, FL. He was looking at a Ferrari 365GTB/4 and wanted my opinion on the car and whether he should bid on it. I asked how much time we had before the auction, and he said about an hour! I looked up the description on the RM website:

When I was happy with what I read, I called my contact at RM to give me a more personal description of the car. Luckily, he had some time to take the Daytona out for a quick drive and answer some specific questions about this car. I normally like to do a more thorough inspection on any car that I’m advising on buying for a client, but this one seemed like a good car for what my client was looking at. Having seen this car personally, my client liked what he saw, and I felt it was a chance worth taking if the bid price was right. We discussed how high he should bid based on what I felt the market was showing on these cars, and agreed to a limit for him to bid. 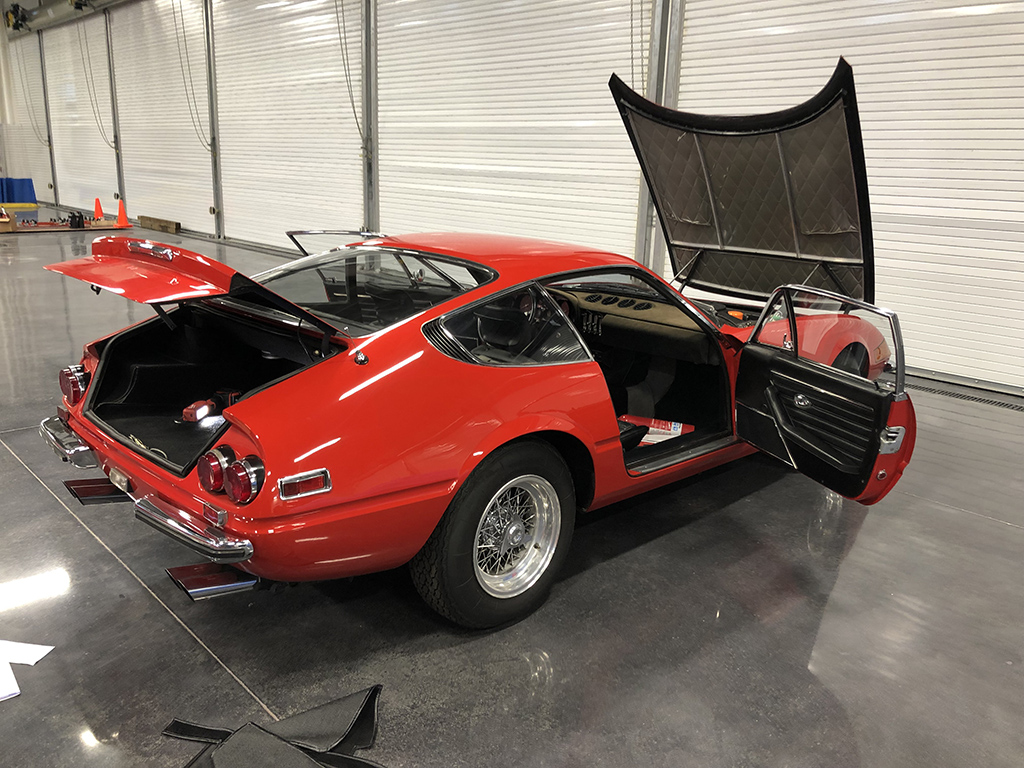 I got a call a couple hours later from my client, and he told me he was the winning bidder! I congratulated him, and within the same conversation, we made plans for me to come down to Florida to see the car he just bought. I checked my crazy schedule and found a couple days I could fly down to Miami to check out the new purchase. 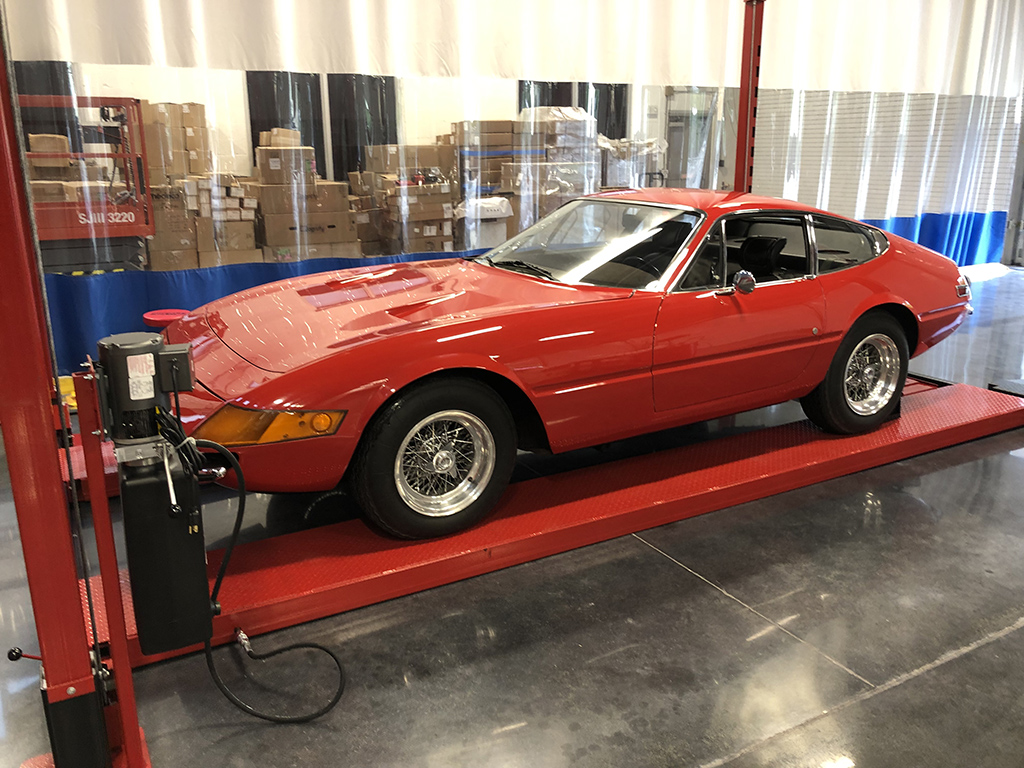 My client’s personal shop had a lift, and tools I could use, so we planned to do an oil change and fix whatever I could do on this trip down. We would service what I could, and make a list of things he’d like to have done at my shop in the future. Getting the oil changed while I was down would allow him to drive the car for this season without having to send it to a shop for service immediately. 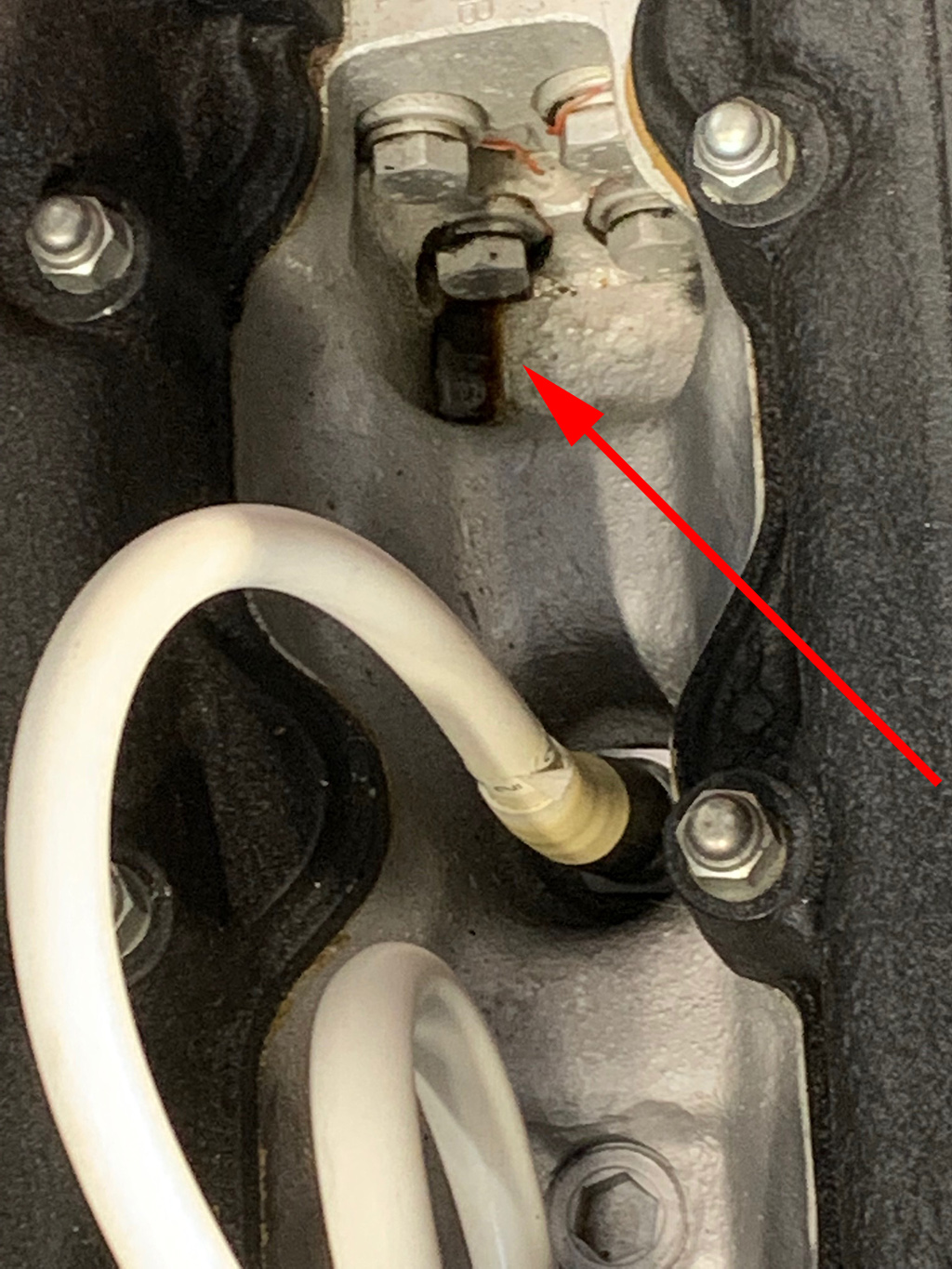 I ordered oil filters in advance, and gave the owner a shopping list of things he needed before my arrival. I packed specific things that were easier for me to get like o-rings, and copper gaskets. He sent me a picture of an oil leak he found on the engine, and I told him that was an easy fix if I brought the right o-ring, remove the bolt, and reseal the assembly that held down the cam gear. 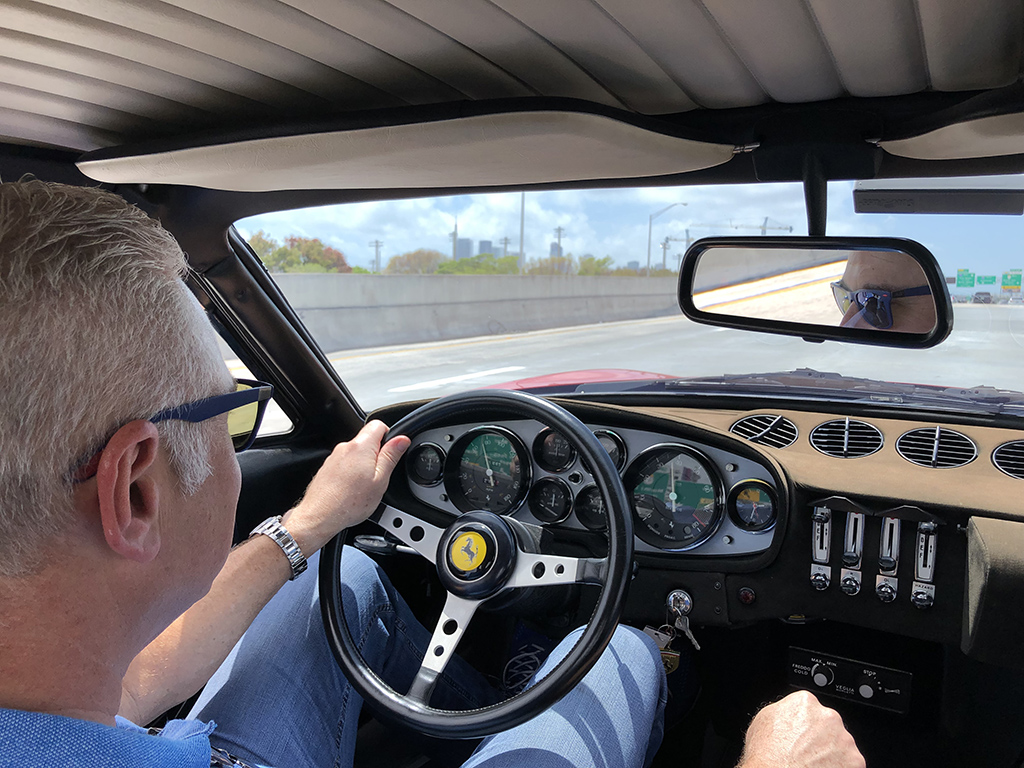 After the oil change, we took turns driving the car in Miami. Traffic was heavy, but we managed a few bursts of speed to stretch the legs of this Ferrari. The car felt good, without any bad noises or signs of needed repairs. I found a couple of things that would eventually need to be addressed, like a leaking shifter seal, and worn rear suspension bushings, but after my test drive, none of these problems were worrisome or worth doing immediately. The 85 degree day was warm enough to allow the cooling fans to cycle on and off, and I watched how this engine handled the heat. Everything performed well, and I felt the owner bought a good car.

This car too had a worn reverse lock out in the shifter plate, but I warned my friend to be aware of it, and I would fix it the next time it was up. We also found the horn wasn’t working, but I was able to fix it when we pulled back into his shop. The steering wheel had to be removed and I had to fix the contact inside the horn button, but every repair I was able to make was “value-add” for my trip to Miami!