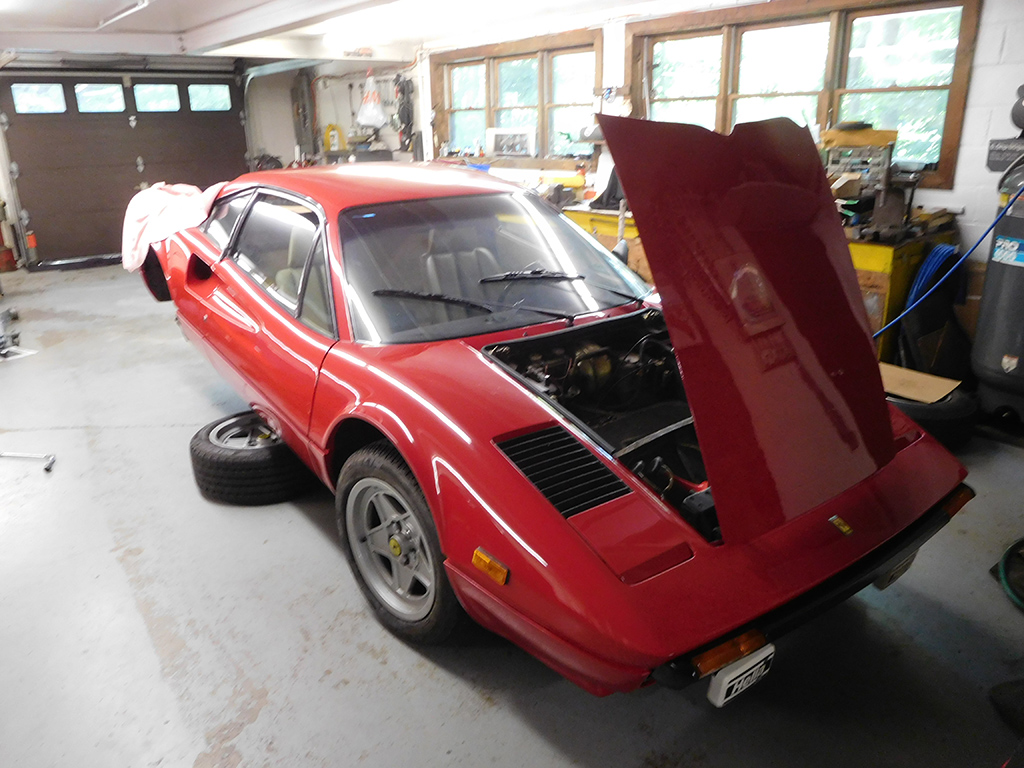 Francois asked me to come down to his shop this week to work on a Ferrari 308. This car has sat in storage for a while and needed a timing belt change. 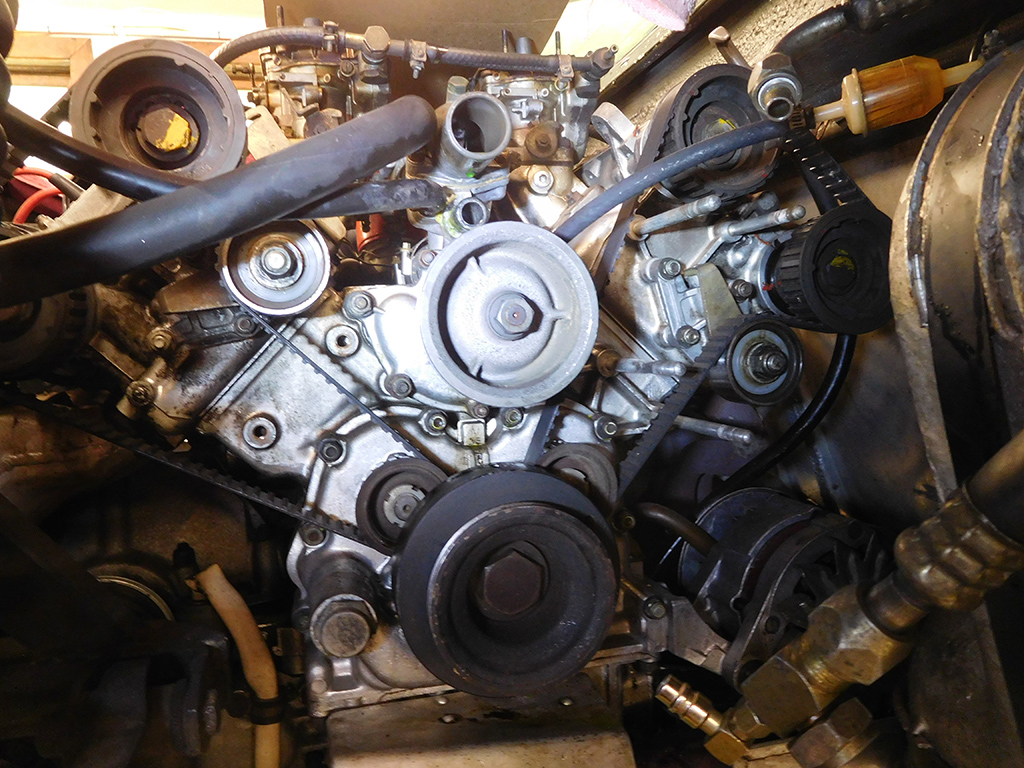 We don’t work on these cars that often even though the work is pretty straight forward because we both prefer to work on older Ferraris, but I am always happy to work for Monsieur when he asks! 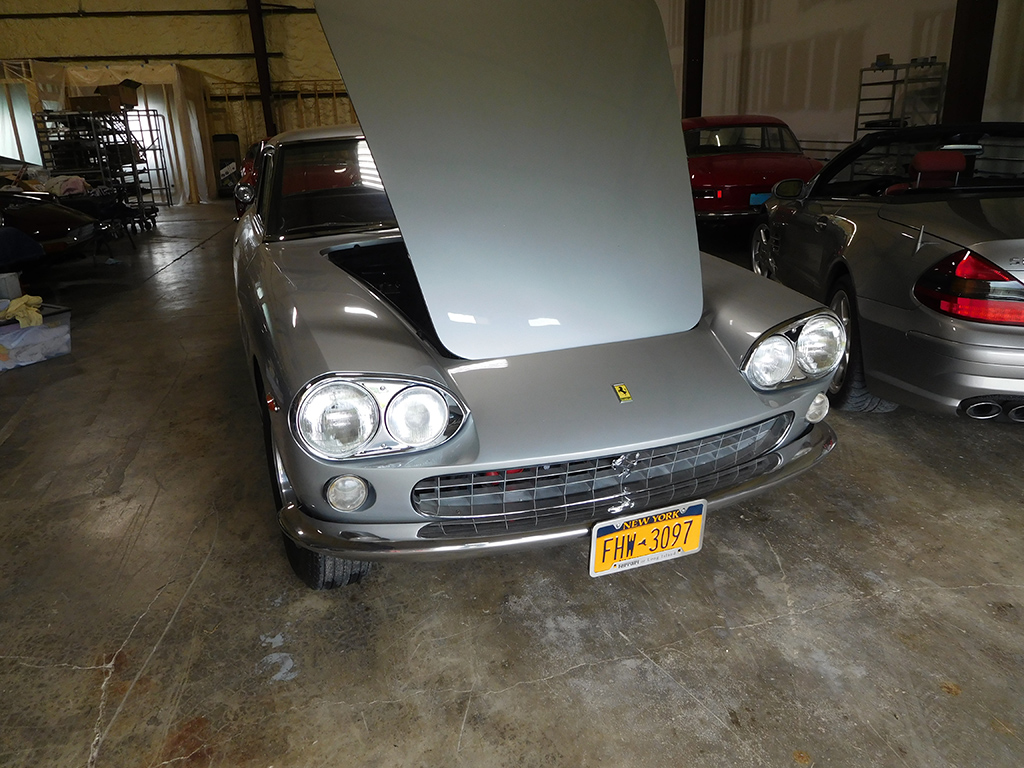 Back at my own shop, I’m busy with work too, and I’m trying my best to find a balance of keeping everyone happy. I have two project cars that need my attention to finish with other cars that need attention too. I’m trying not to turn work away, but I also don’t want to take in more work that I makes my current clients unhappy. This SI 330 came in this week needing “just a few things” that I agreed to do, and I hope it is a quick turn around. 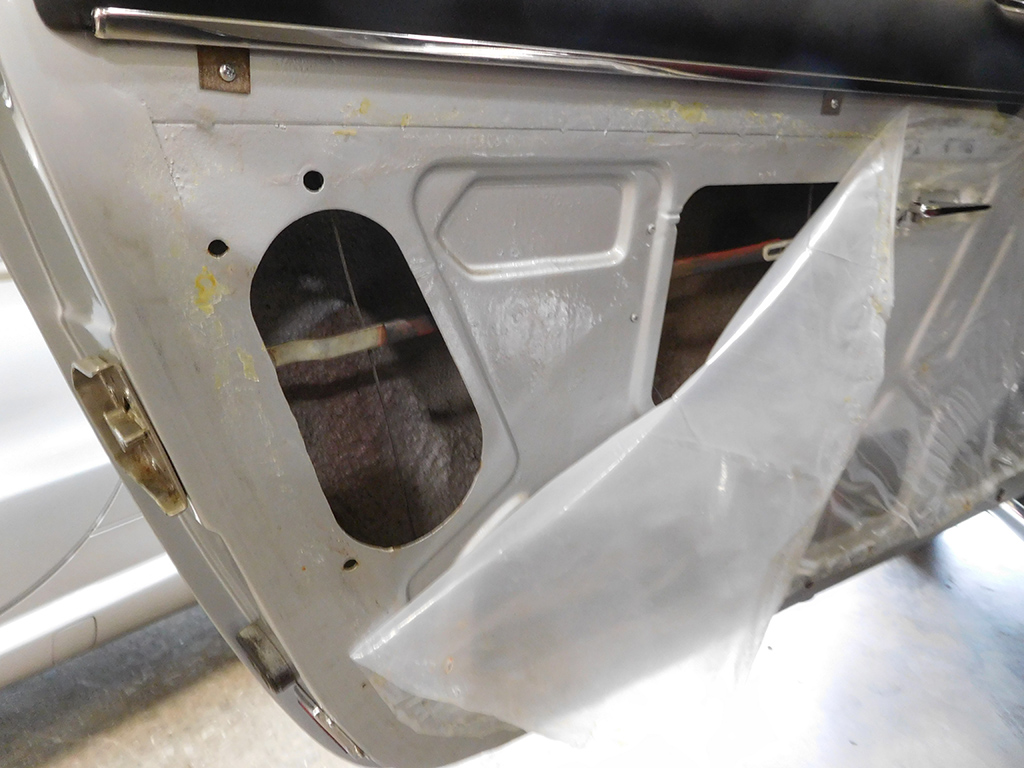 The first problem was a door that wasn’t closing properly that I found was something to do with the mechanism inside the door. Lucky with this particular model, the door latch came out without removing the whole window frame. If it were an earlier car, we would have been in for a lot more work! 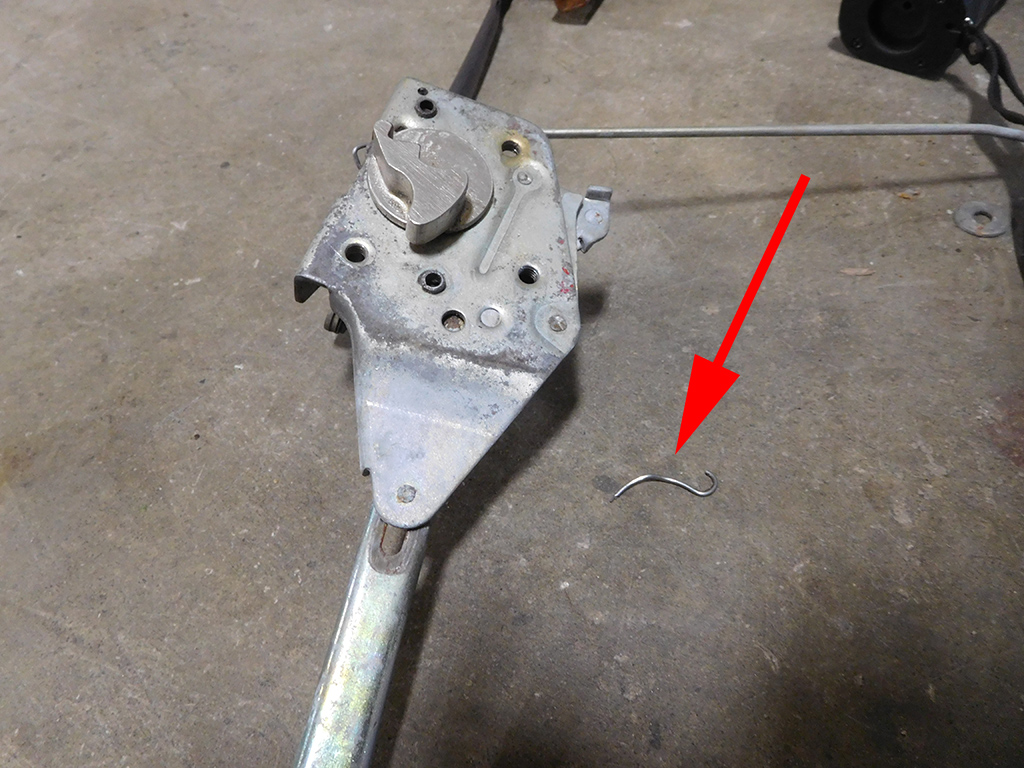 I found a broken spring inside the mechanism, but replacing this spring was going to be a challenge since the whole latch assembly was riveted together. There was just enough of the old spring still inside that I was able to re-form and attach to the proper part to get the latch working again. I hope this repair lasts, because we’ll be on the hunt for a complete latch assembly in the future. I must have closed and opened the door a hundred times to make sure everything was working properly! 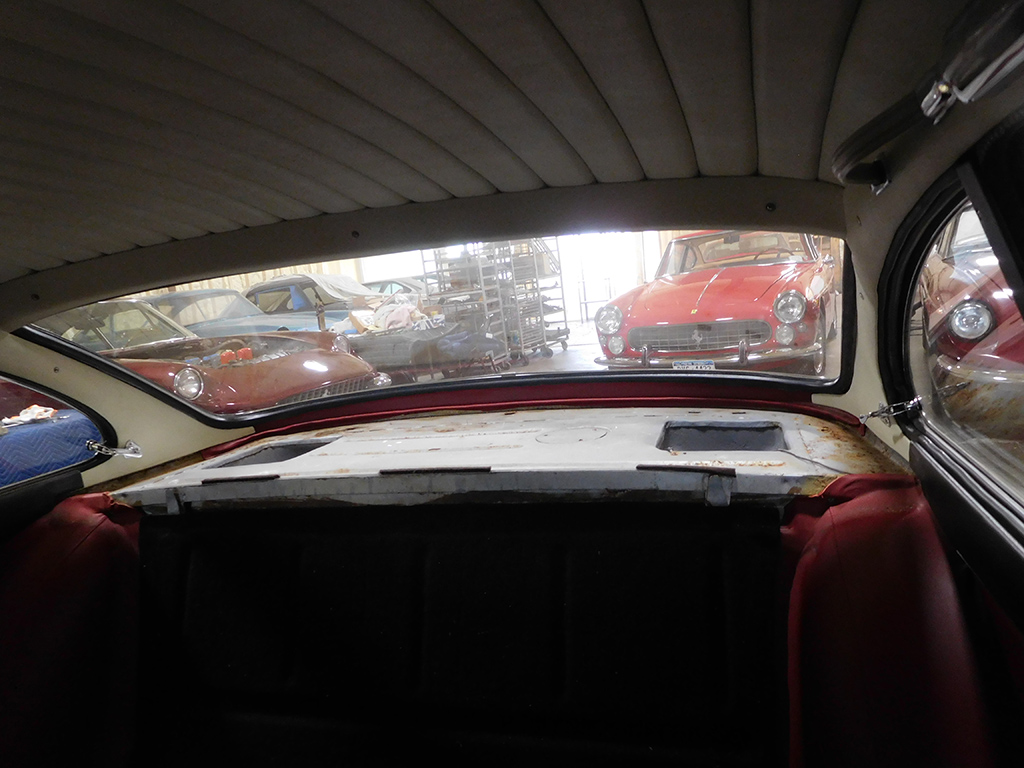 The next problem to solve on this car was the fuel sender. The low level fuel light was on, and the gas gauge wasn’t registering. I narrowed the problem down to the fuel sender and removed the rear seats for access to the sender. 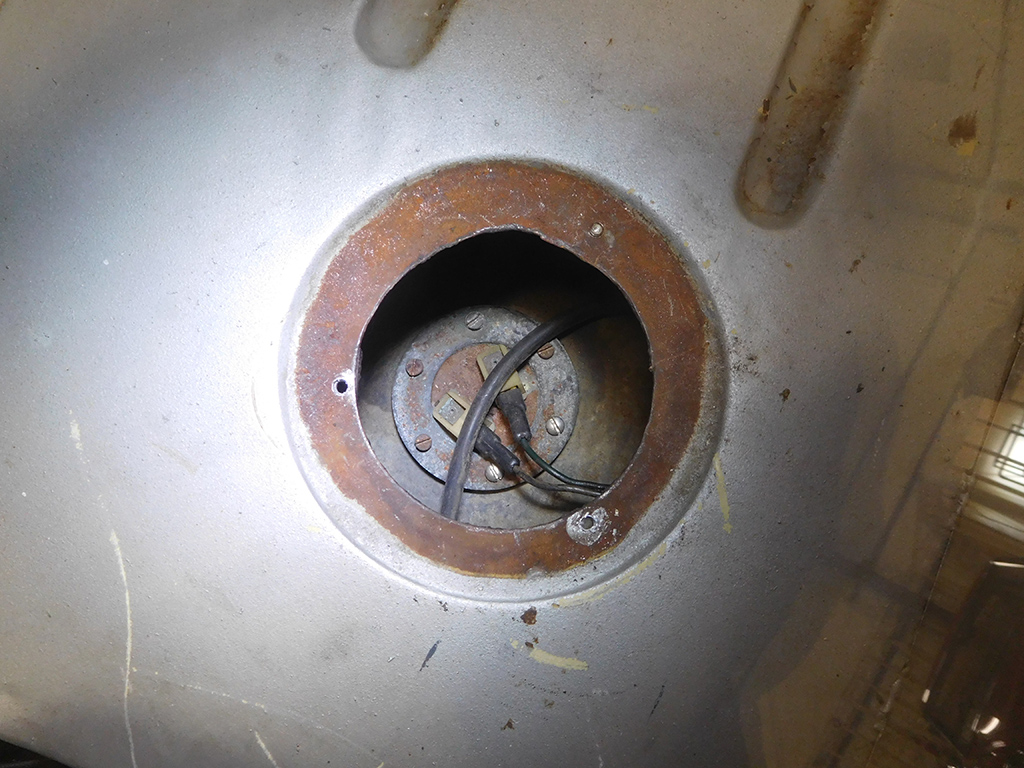 There was just enough room to get the sender out from the access hole and when I got the unit out, I could see the tank was nearly full. After pulling the sender out, I moved the float arm up and down, and even checked to see if the float was floating. Once the float arm started moving, I got the gauge to register correctly. I couldn’t find a problem anymore, and when I reinstalled the float in the tank, everything was working properly. The float may have gotten stuck in the down position on a dead spot on the float arm, and may have eventually worked itself free, but I couldn’t get it to do it again. Let’s hope it stays working! 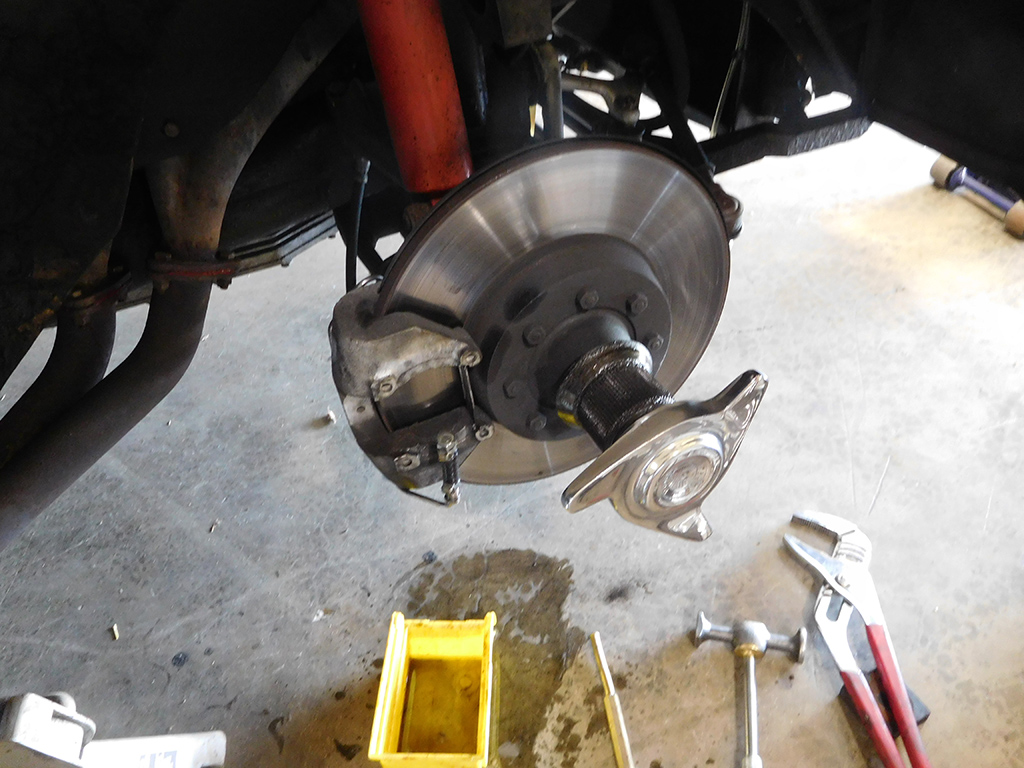 The third and final project was to work on the brakes. The old pads were squealing, and I wanted to try a new set of pads. When I went to retract the pads, one of the calipers started leaking, so I had to disassemble the caliper to reseal the piston. So much for a simple brake pad swap!

This year’s Vintage Ferrari Party is being generously co-hosted with Larry and Kristy Hernandez in Pacific Grove, CA on August 15th at 6pm. Contact Tom for location details.