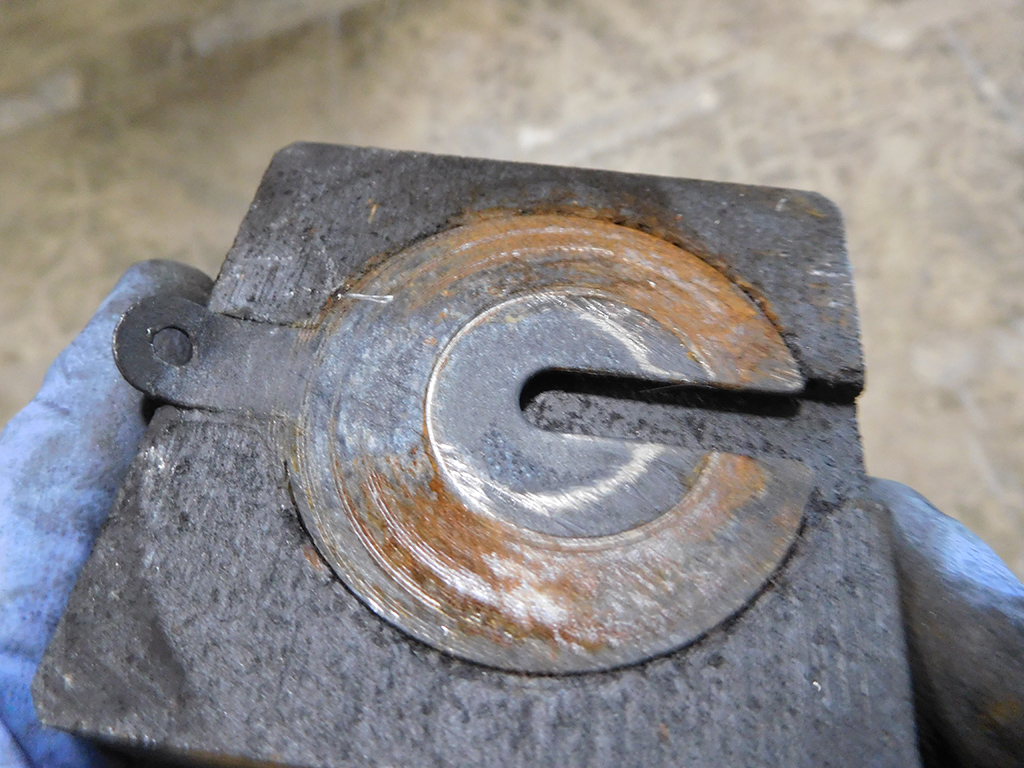 I’ve been pulling my hair out on fixing a persistent brake squeal on a SI 330 I have at my shop. I wanted to do the easiest thing first, which was to change the pads to a different compound hoping it would solve my problem. I was told you can often spot brake pad chatter by looking at the back of the pad to see if there is a wear mark from the pad vibrating against the piston as the pad chatters. I could see a small mark, but wasn’t sure if this was the cause of my noise. 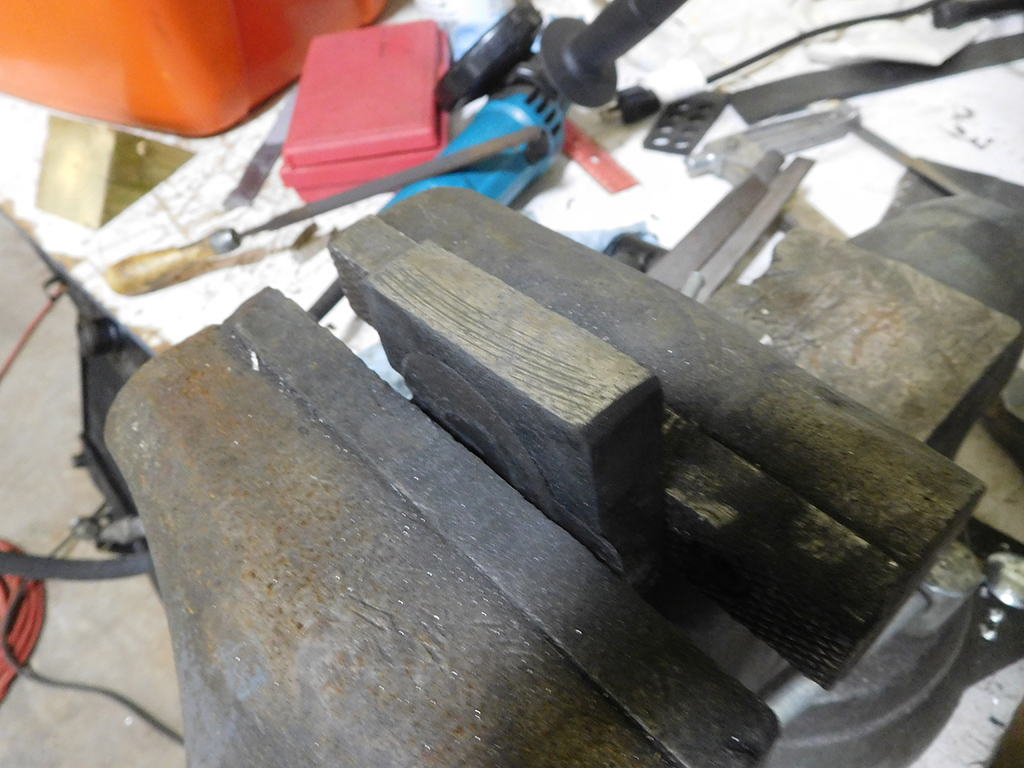 Another old timer trick was to chamfer the leading edge of the pad with a file or grinder so the pad doesn’t touch perpendicular to the rotor. 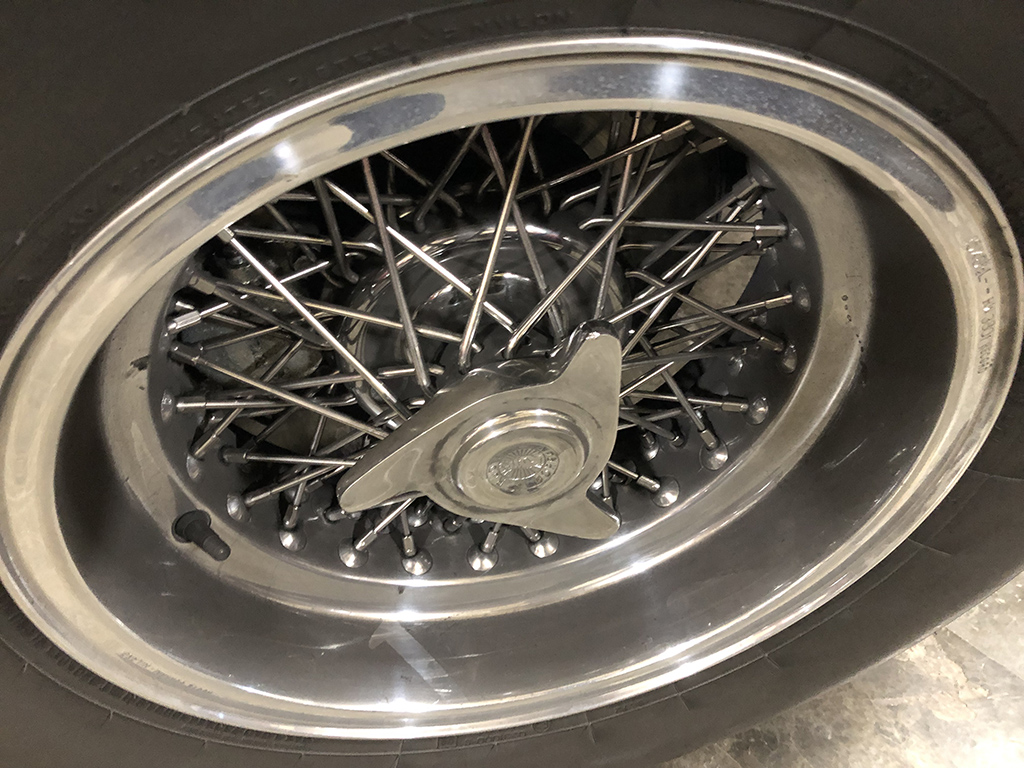 A spirited test drive still had squealing from the same wheel. The brake dust collecting on the wire wheel showed I got the pads good and hot to bed into the rotor, but the noise was back. 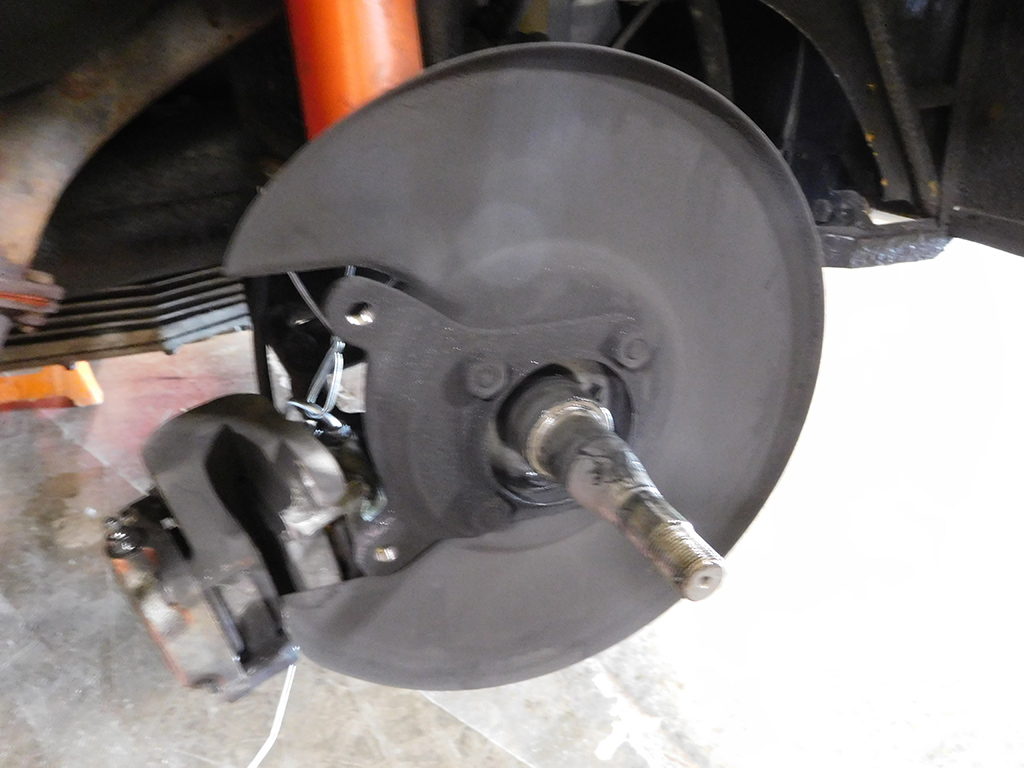 I swapped pistons from right to left to make sure wasn’t a bad piston, but the noise stayed with the rotor, so I sent the rotor out for machining despite checking out true and straight. 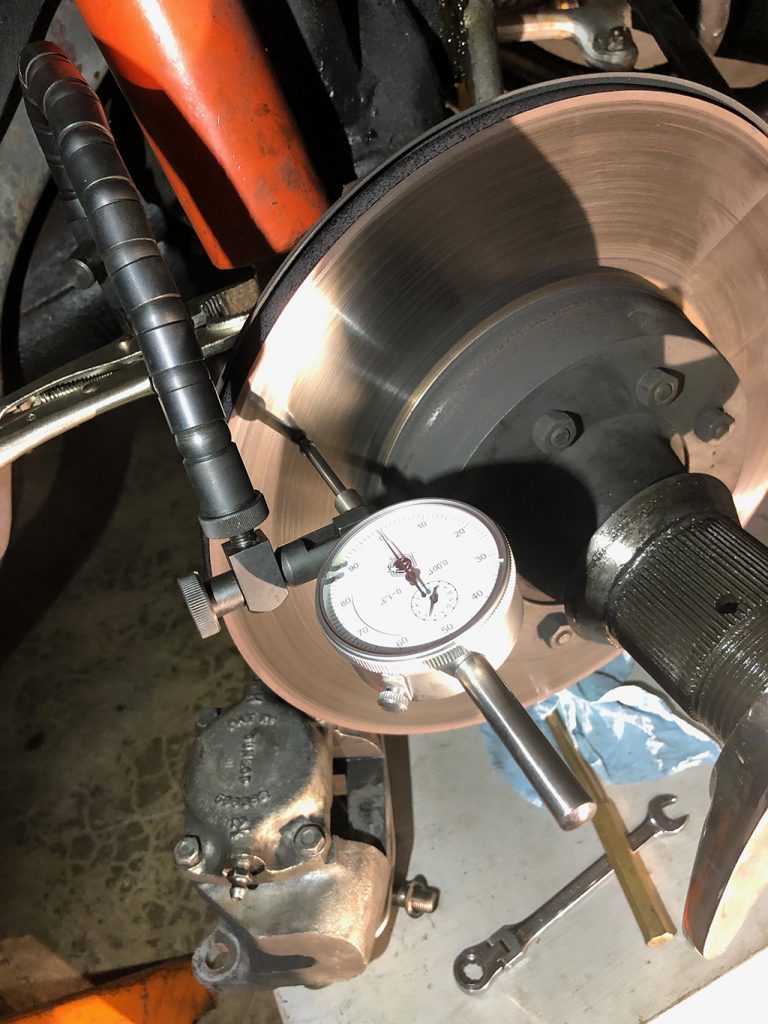 I double checked the newly machined rotor and it was dead nuts straight, but the noise was still there! 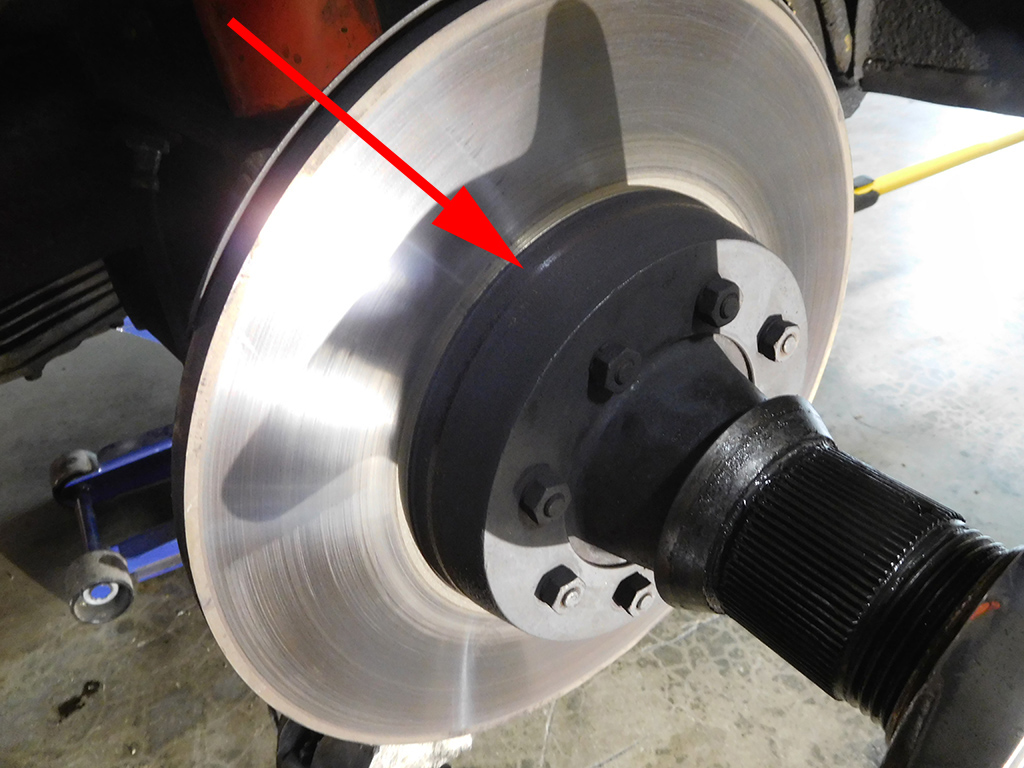 Then I noticed a mark on the rotor that I didn’t notice before. It looked like either the caliper or the brake piston was touching the hat portion of the rotor!? 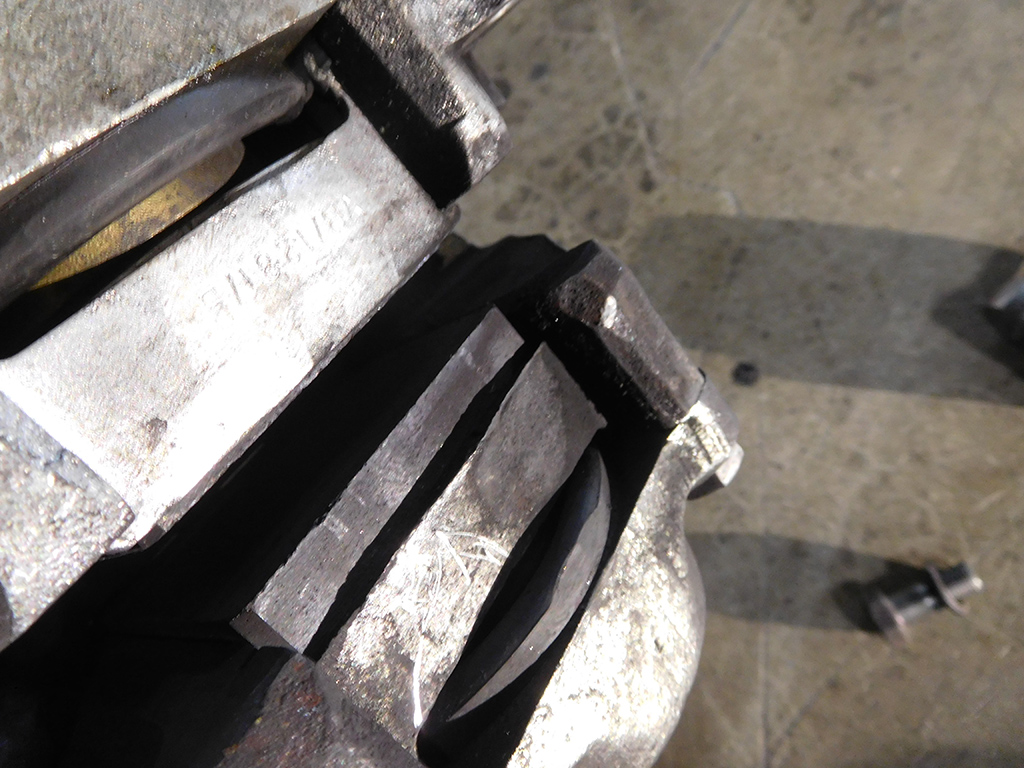 Trying to look for what was making the mark on the rotor, there was one obvious part, and that was the piston retainer that was being ground down by the rotor. You can see how much thinner it was than the one next to it. This part may have been ground down thin by the previous shop, but it was still making contact. There was an additional mark from the actual caliper frame as well. 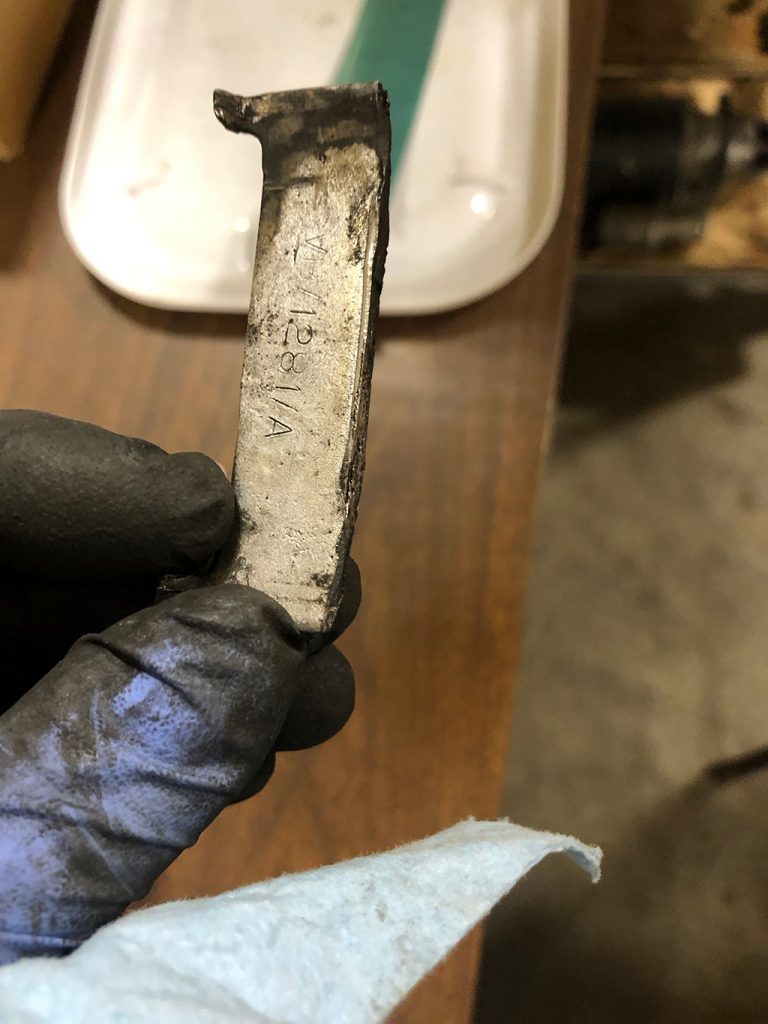 The clip holding this little sheet metal part in place as bent, and allowing it to move out of position. 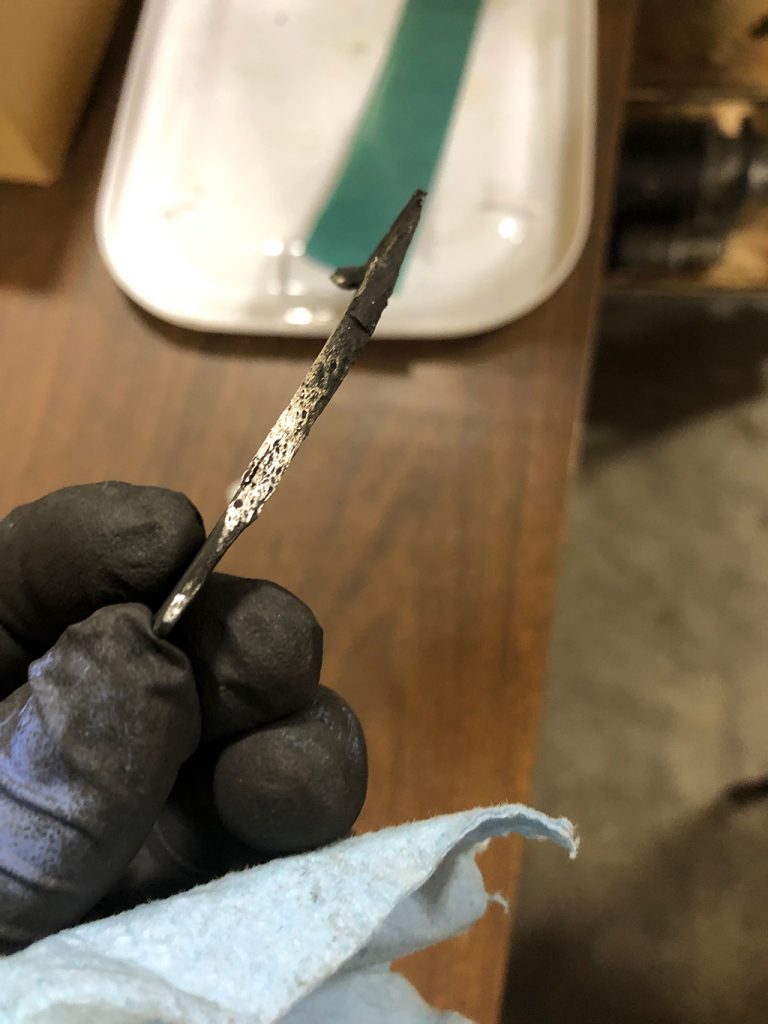 As the brakes were applied, this clip would be forced into the hub. I ground down the clip some more to clear the rotor, and put the brakes back together. 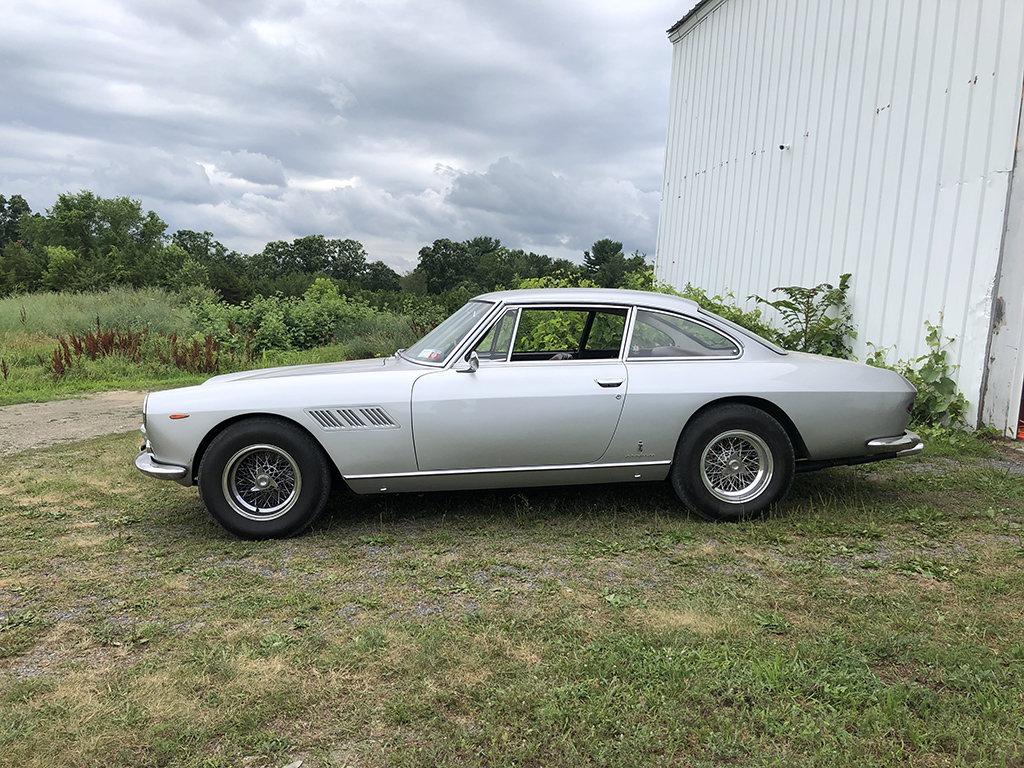 On the last of what I hoped to be the final test drive, the brakes were finally quiet. There was the occasional squeal from heating the pads really hot, but the noise went away as things cooled off. Working on old cars can be pretty frustrating because you never know what you’re going to find to keep you from solving a problem. Calling the owner without solutions or an estimate of how much longer it will take is not fun, and I appreciate it when the owner understands and allows me to keep trying. The other side to that is the self doubt about whether I could find the solution, but I managed to win on this one. I also have to thank my friends in the business that I called this week to discuss my problem. Everyone offered similar solutions, but sometimes talking it through with another mechanic gave me ideas to pursue so I could finally find the culprit. It was also nice once in a while to spend time with my contemporaries to bitch about what a pain in the ass it is to work on these old cars. Thanks guys!

This year’s Vintage Ferrari Party is being generously co-hosted with Larry and Kristy Hernandez in Pacific Grove, CA on August 15th at 6pm. Contact Tom for location details.