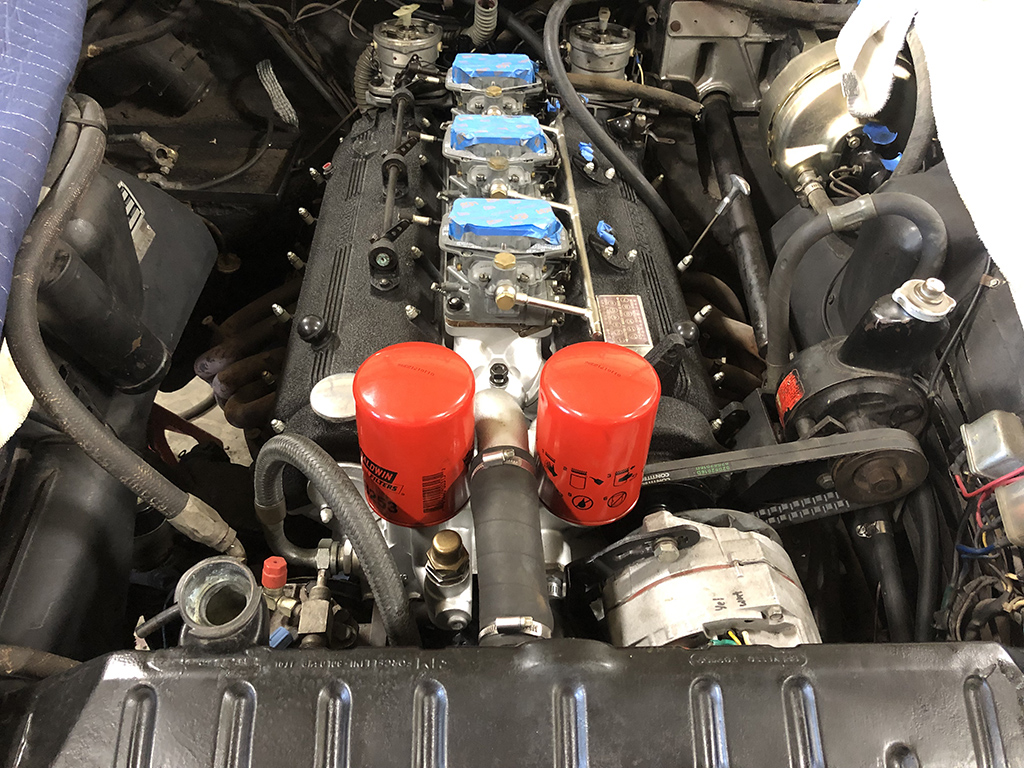 I’m making steady progress on the 365GT 2+2 at the shop, but hit a couple small snags. 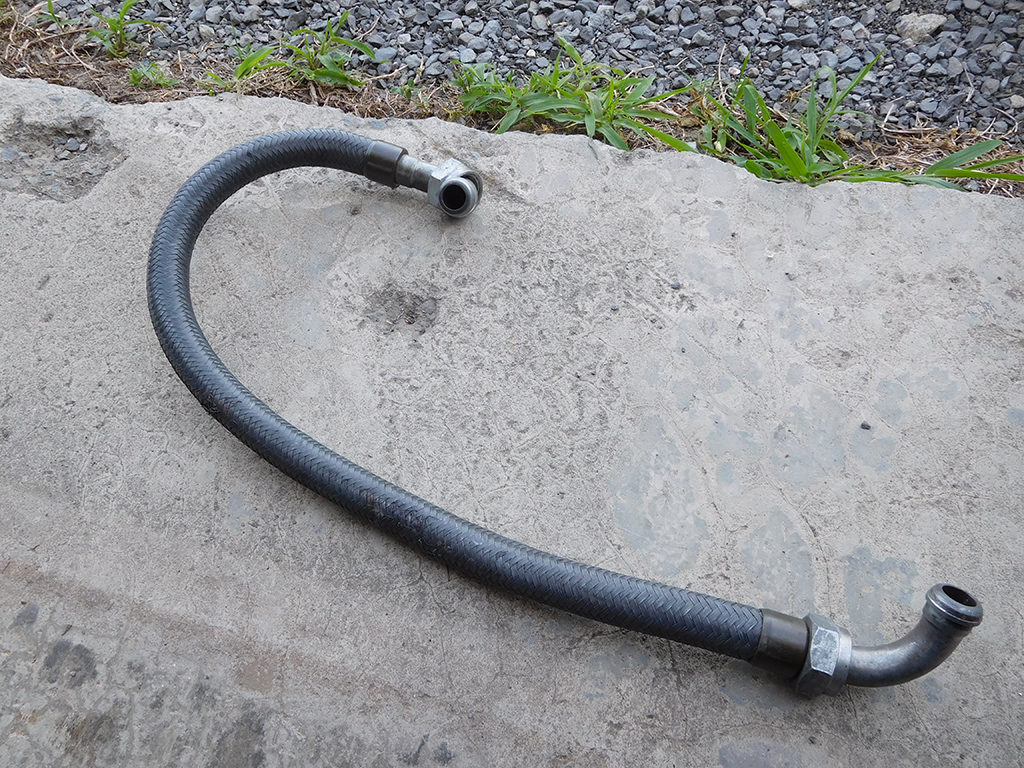 I went to fire up the engine and found a leak on an oil line. 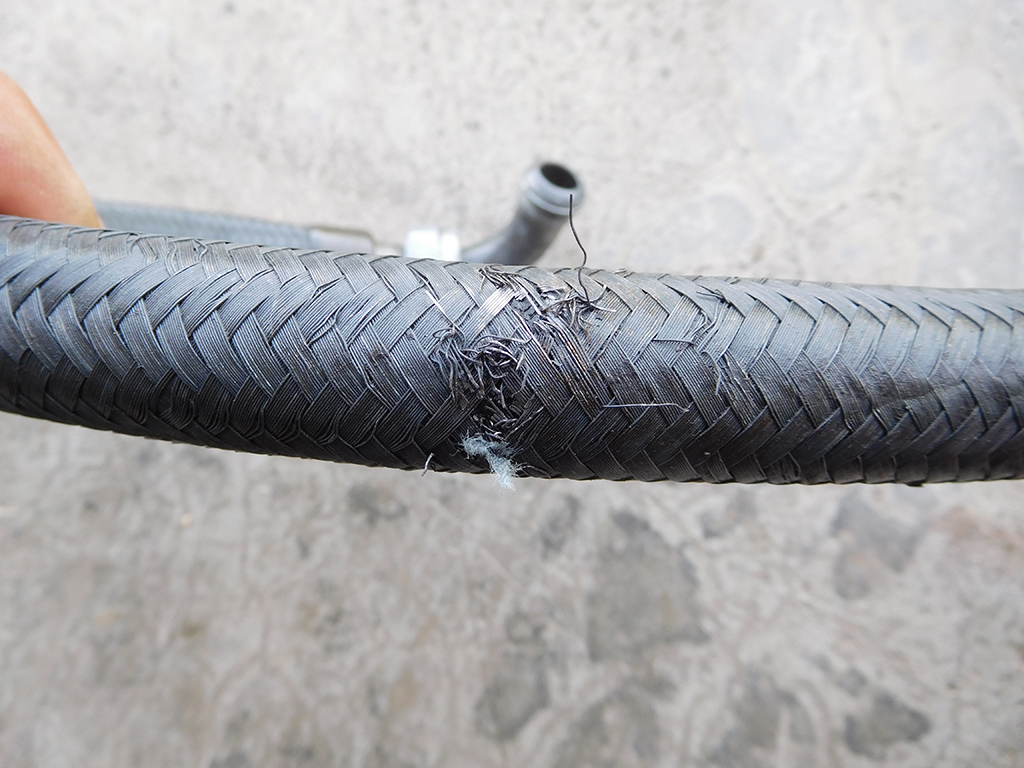 Something must have cut through the line, so I needed to replace the hose. Finding a complete replacement would probably be harder than replacing just the hose considering the size of the fittings and the way it connected to the engine. Taking this hose to my local Auto Parts store would have gotten me funny looks, and usually a guy in his 20s trying to look up a part number on his computer. I chose to go to a smaller auto parts store, and not a national chain for some advice and I chose wisely. The older counter guy told me to try a hydraulic hose shop on the other side of town. 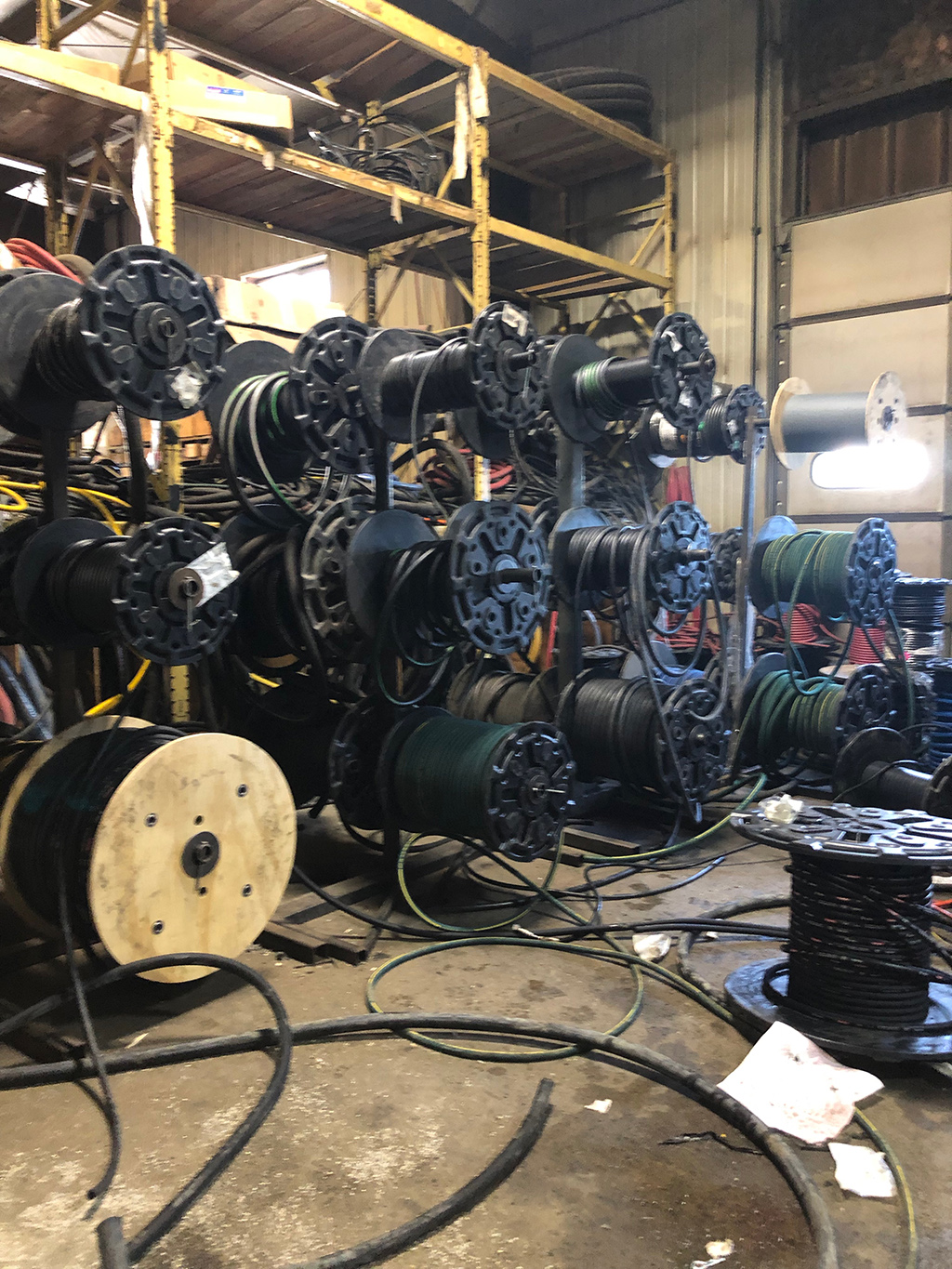 Since I live in a farming community in the Hudson Valley in New York, this business supplies many industrial applications from sprayers to hydraulic loaders. The guy was very helpful and managed to fabricate a fitting to work with the original Ferrari fitting that would join with his hose. 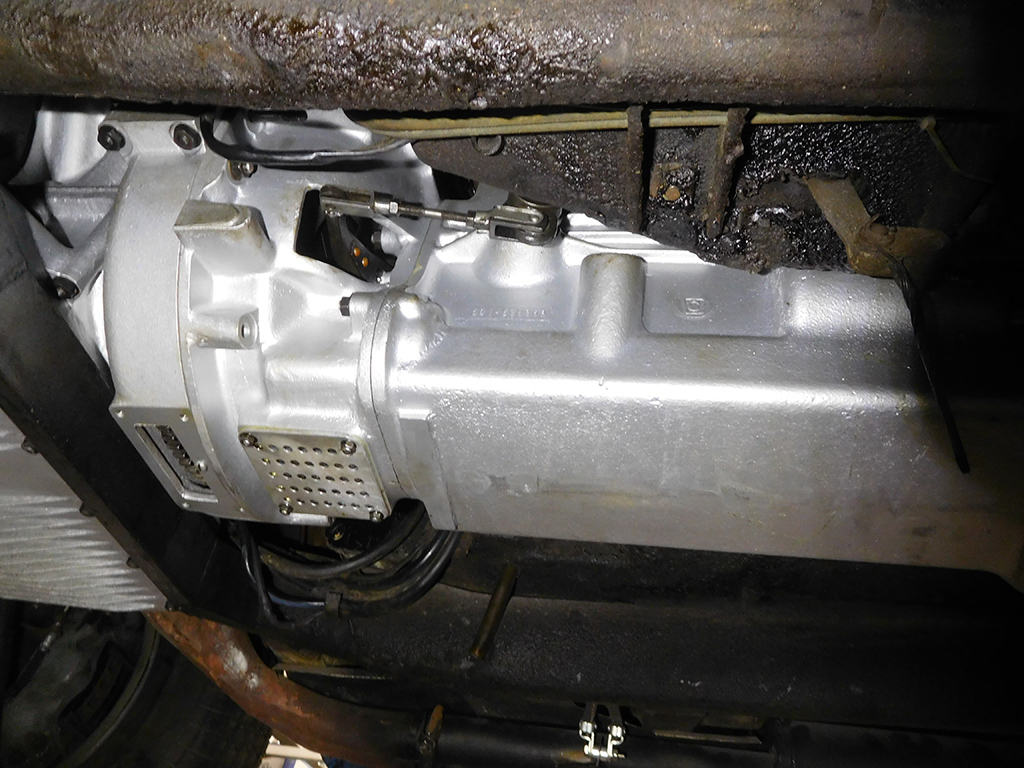 The next step was to wrestle the transmission into the car. The 5 speed gearbox installed in a 365GT 2+2 is a monster. I’ve never weighed it, but know that this cast iron beast is pretty heavy. I wanted to give a shot at installing this unit by myself even though having some help would have probably been smarter. It is installed from the bottom of the car, unlike the earlier 250s and 330 Ferrari, so it was supposed to be easier. Wrong! 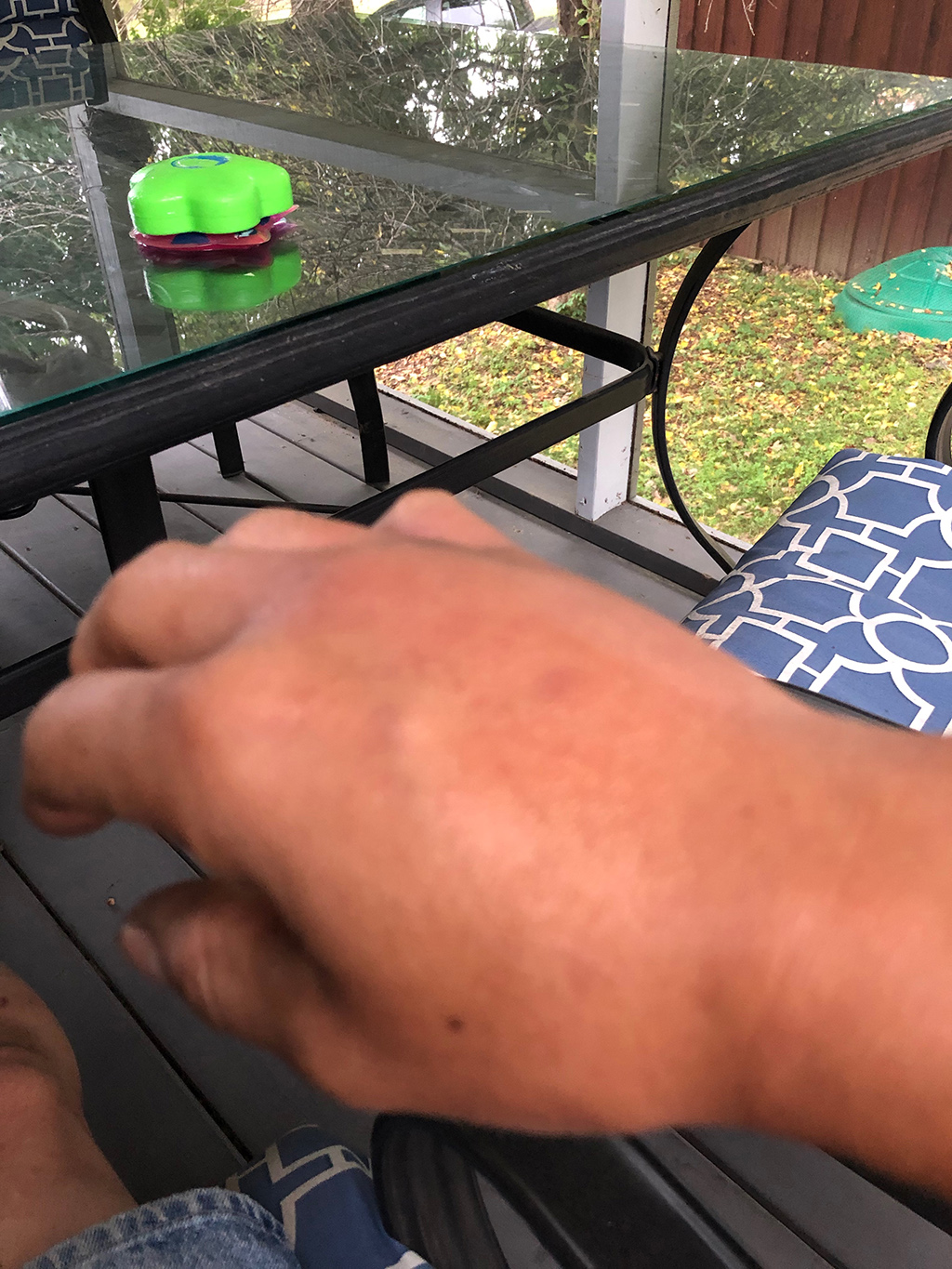 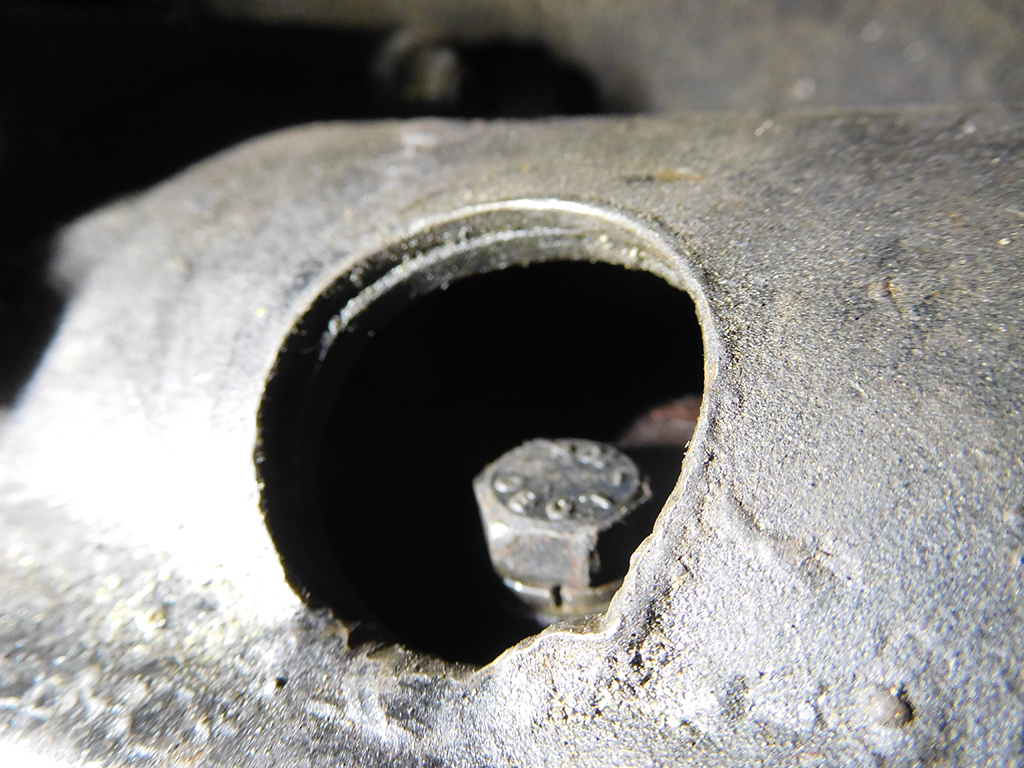 One of the tricks when installing a torque tube to these transmissions is to make sure the couplers are lined up with the access holes on each end of the torque tubes. This requires measuring the distance to the holes before bolting the coupler to the transmission and the rear differential. Get this alignment wrong and you’ll find yourself pulling the drive train apart to get it right! 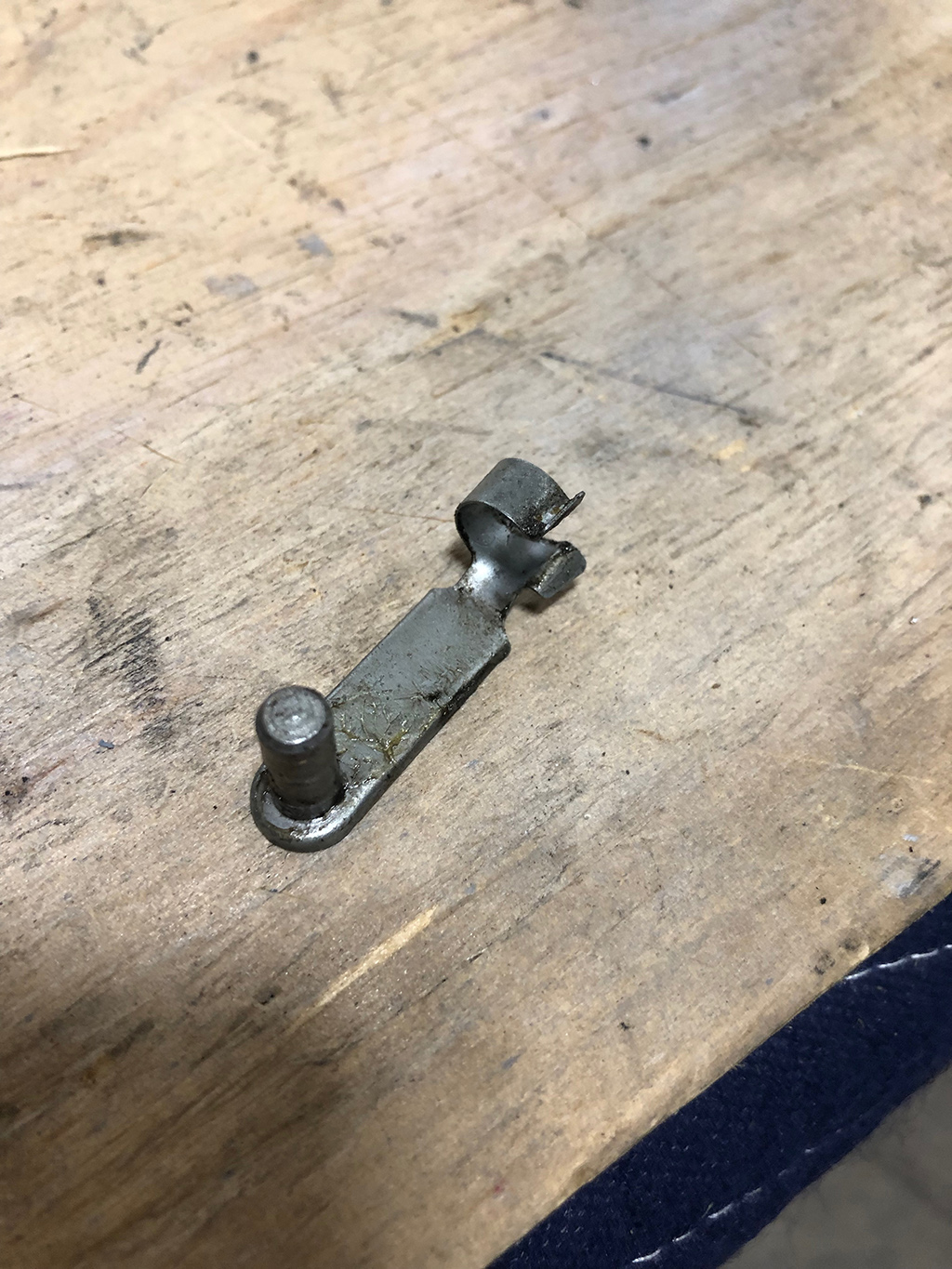 The next step was to hook up the clutch linkages. The 365GT 2+2 uses a clutch cable secured with a bunch of special clevis pins like the one in the picture. A couple of them were were showing excessive wear, and now was the time to replace these before reassembling the linkage.

This year’s Vintage Ferrari Party is being generously co-hosted with Larry and Kristy Hernandez in Pacific Grove, CA on August 15th at 6pm. Contact Tom for location details. I will provide some food and drinks, but feel free to bring something to drink to share at the party!