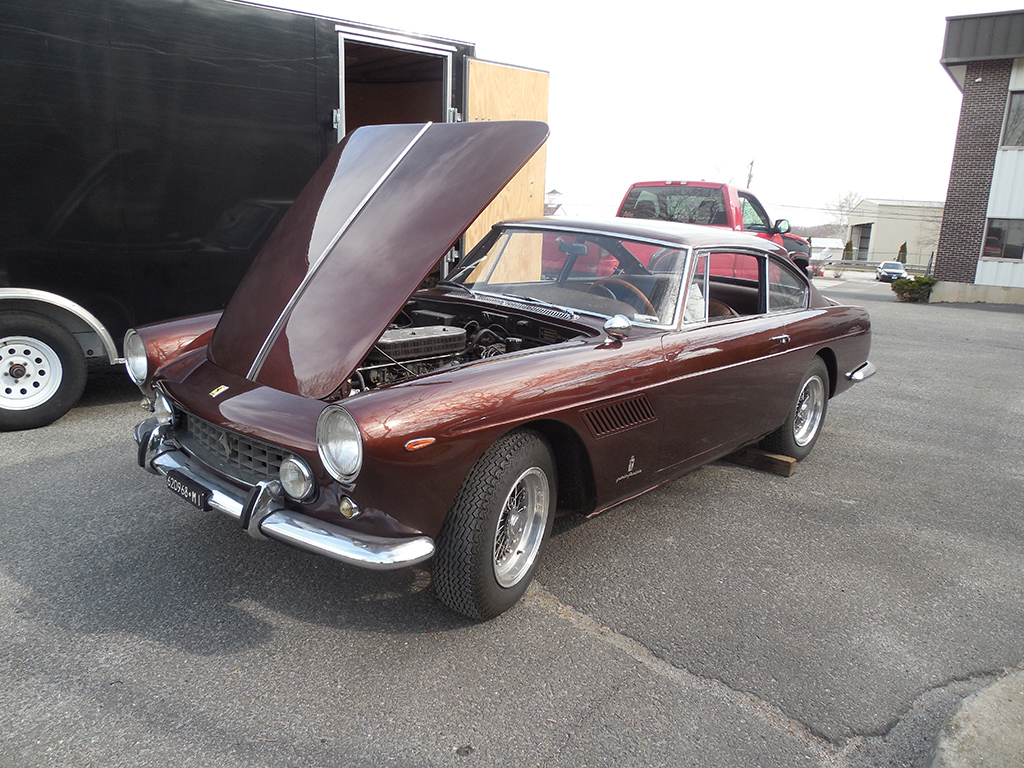 A 250GTE was delivered to my shop last week, and it has taken a long journey to get to this point. It was purchased by its current owner painted in this bronze color, and the owner decided to have it painted in a dark grey metallic. 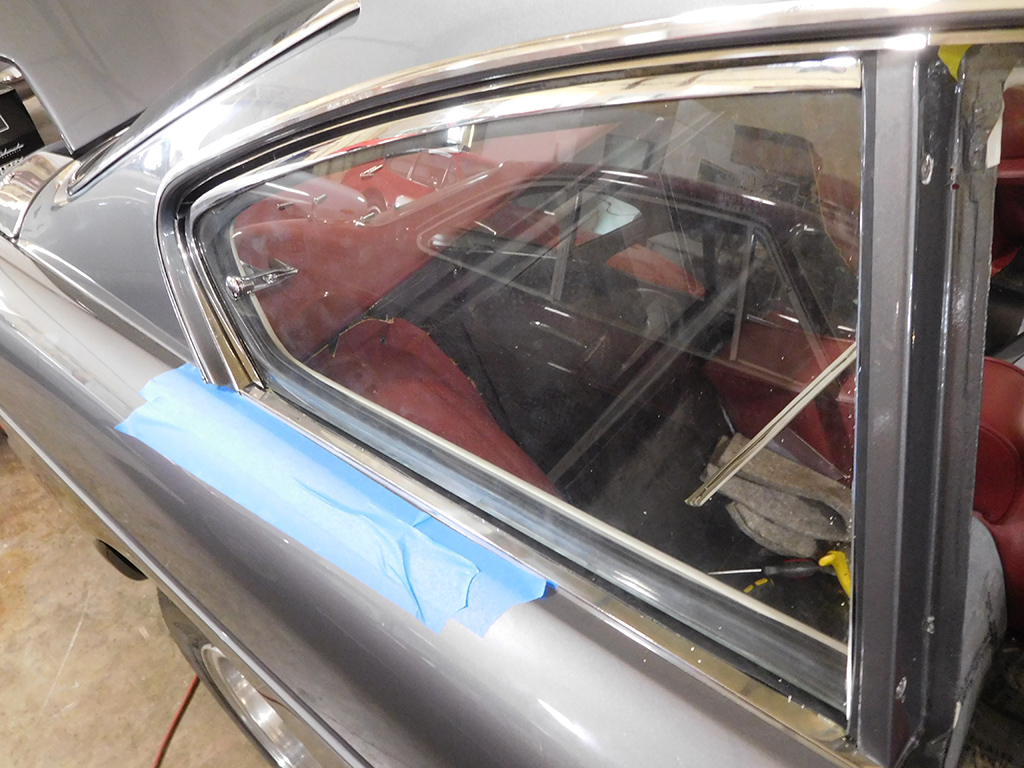 The car came back from the upholsterer last week with a new red leather interior needing a couple of details addressed, and one of them was to install the rear quarter window. The car went from the paint shop after a bare metal respray directly to the upholsterer so there were still some pieces that were not installed from after painting, the rear window being one of them. As simple as this looks, there are two special nuts that secure the window frame to the the b-pillar. As I was installing one it split in half! I had to make another one from scratch on my lathe to finish the job. Ugh, but it’s done and looks great. 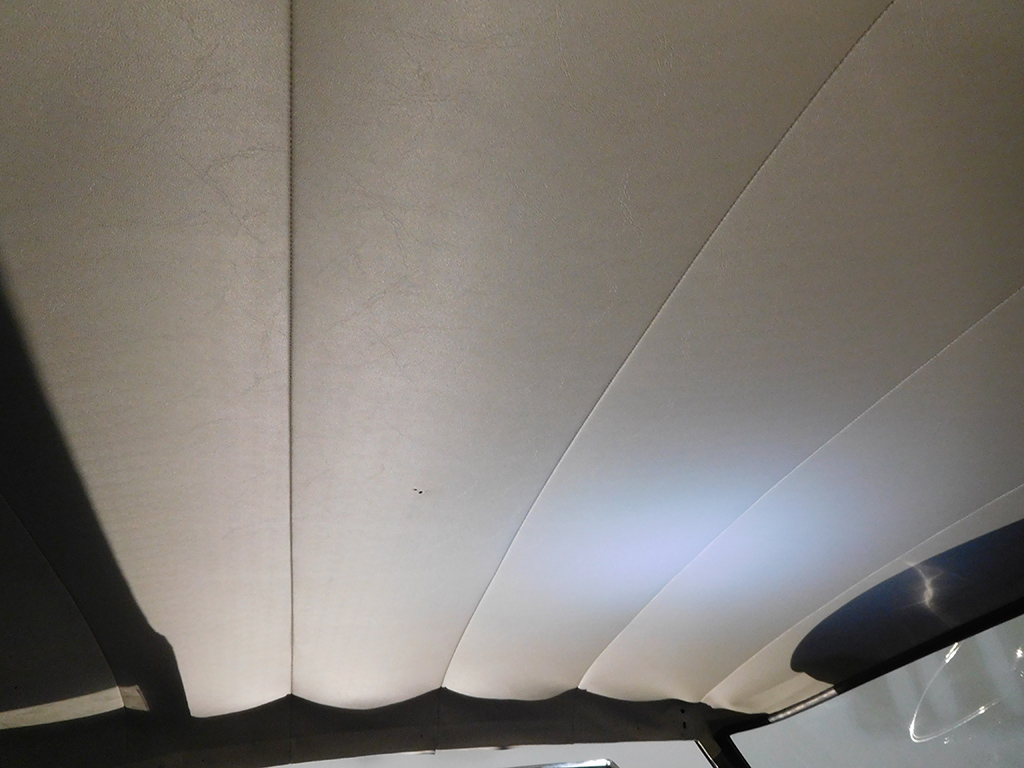 This car’s interior was missing a lot of original details when a previous owner decided to customize the interior. We decided to try our best to return this car back to original, and one of them was to reinstall the dome light. There was a small mark in the headliner to give me an idea where to cut the holes for the mounting holes and wiring, but it was still unnerving to cut a pristine headliner. 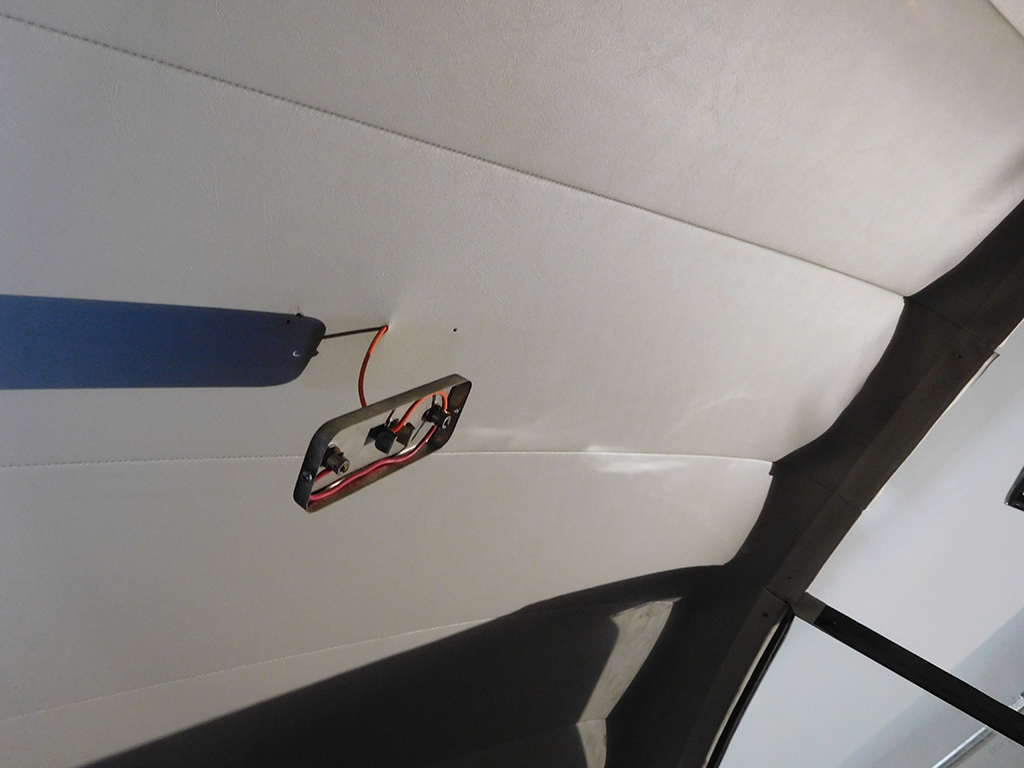 I managed to cut the holes, located the dome light, and ran the wire to meet up with the wiring harness. 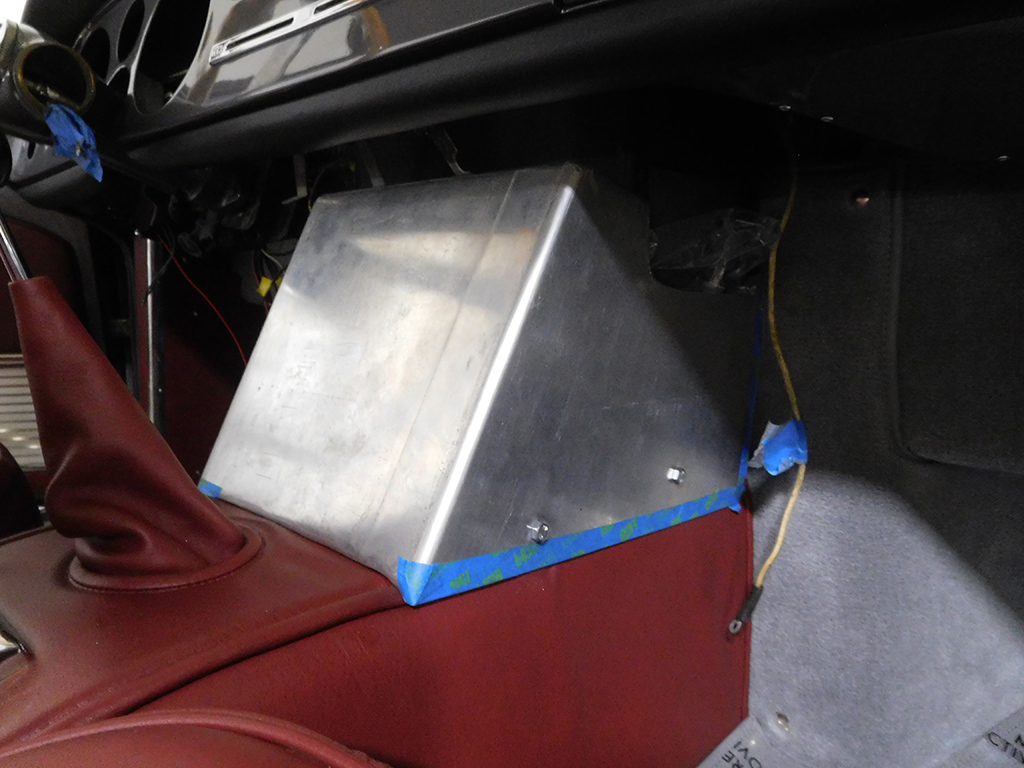 My next job was to install the center console I had made up for this car. I wanted to wait until the transmission tunnel was done and bolted in place before trimming the newly made piece. 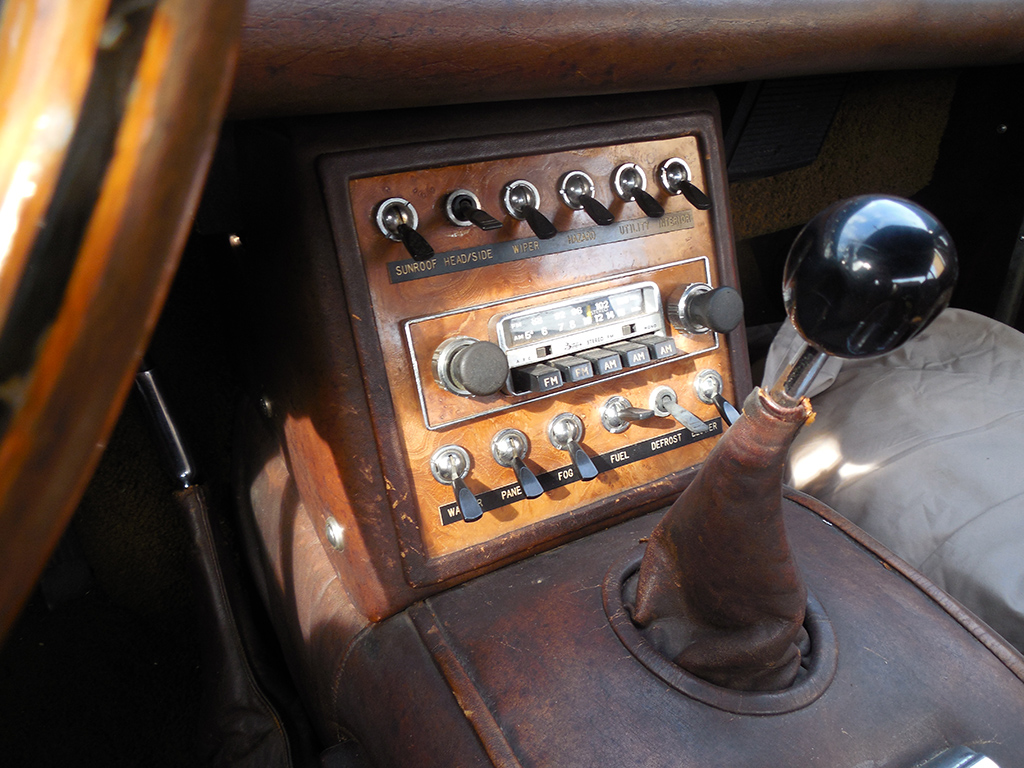 The one that was on this car was a crazy custom piece someone made up with extra circuits and toggle switches…and what was up with the wood veneer!?

Looking at the back of this console, I could see this was not made in the same fashion as Pininfarina did back in the 60s, and was obviously made by someone else. We decided it was better and easier to make a new console than try to fill the extra holes and remove all the veneer and crap. 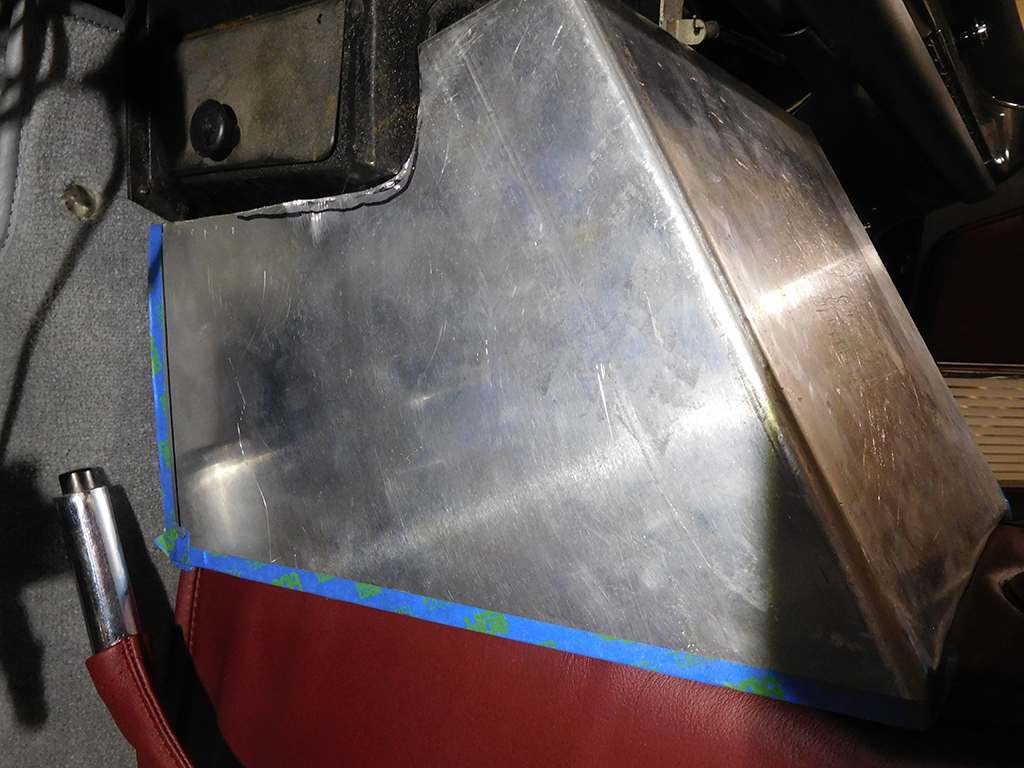 My fabricator made a nice copy of the console, following my description of what the details from an original console, but he left some extra material for me to trim and fit to this car. We always have to remember that Ferraris were hand made, and everything was hand fitted to each car. Everything fits together based on how everything else is installed so I had to trim this console to fit around the heater box under the dash where another car might have been different. 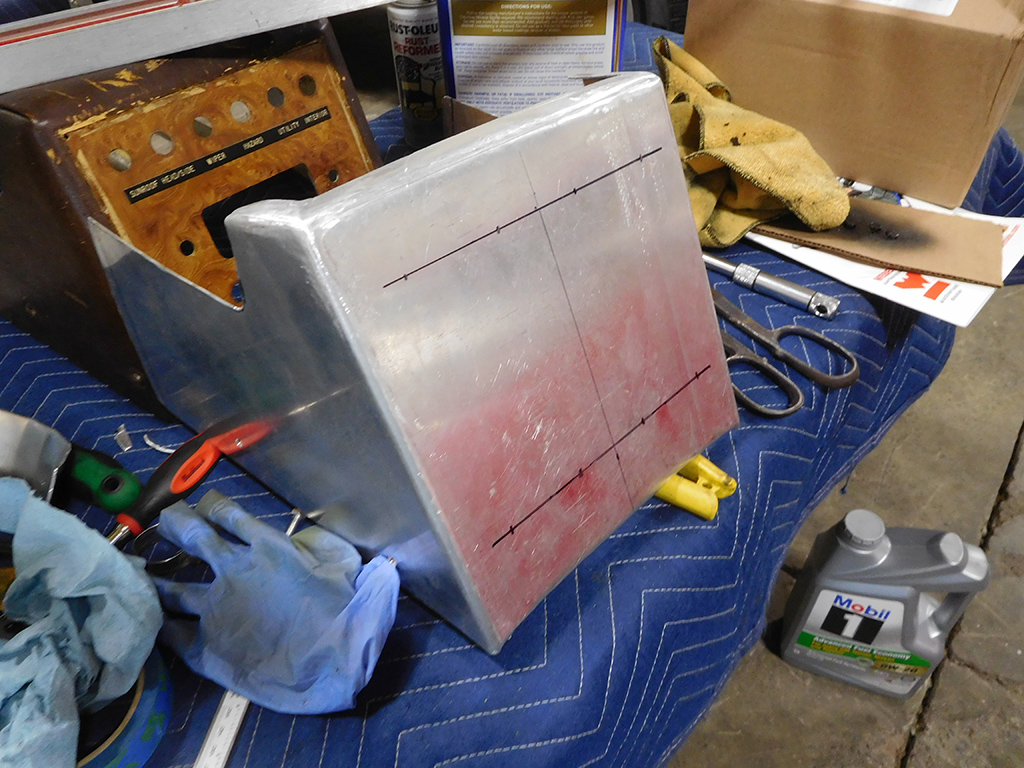 I carefully laid out the lines to drill out the holes for the correct switches that I managed to find. After that, the console will go back to the upholsterer for covering in leather.

This year’s Vintage Ferrari Party is being generously co-hosted with Larry and Kristy Hernandez in Pacific Grove, CA on August 15th at 6pm. Contact Tom for location details. I will provide some food and drinks, but feel free to bring something to drink to share at the party!