A Different Trip To Monterey 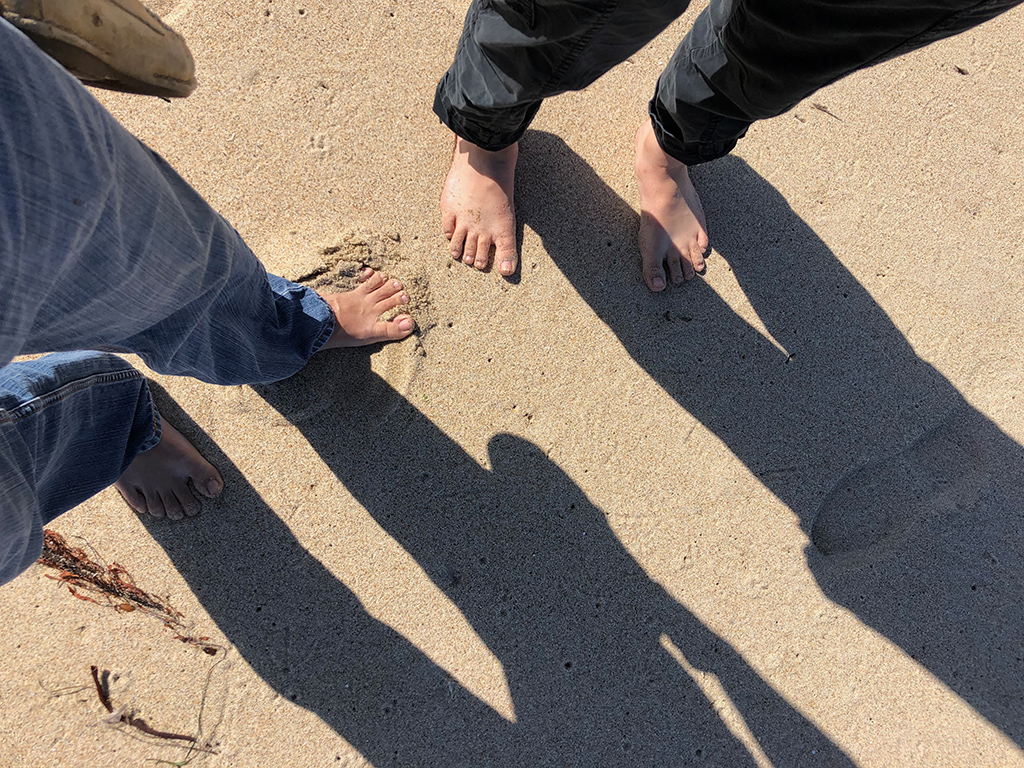 I’ve been going to Monterey for car week for over the past 20 some odd years missing it only once, but in recent years. What started out as a hobby has turned into a business, and my visits to Monterey have turned from leisurely strolls around cars to frenetic races between events, but this year I slowed things down bit. My 15 year old daughter has been asking for the last few years to join me on one of my trips to Monterey to see what her dad was up to on his trips to “Car Week,” but I’ve always refused to take her. “I’m too busy,” or, “It’s not a place for kids” were my excuses, but this year I relented. As I get older, I’m beginning to realize that when a child wants to hang out with their parent, you do it because these opportunities may be fleeting. Our first stop heading to Monterey was in Seaside to put our toes in the Pacific ocean and was the first sign that my trip this year was going to be very different. 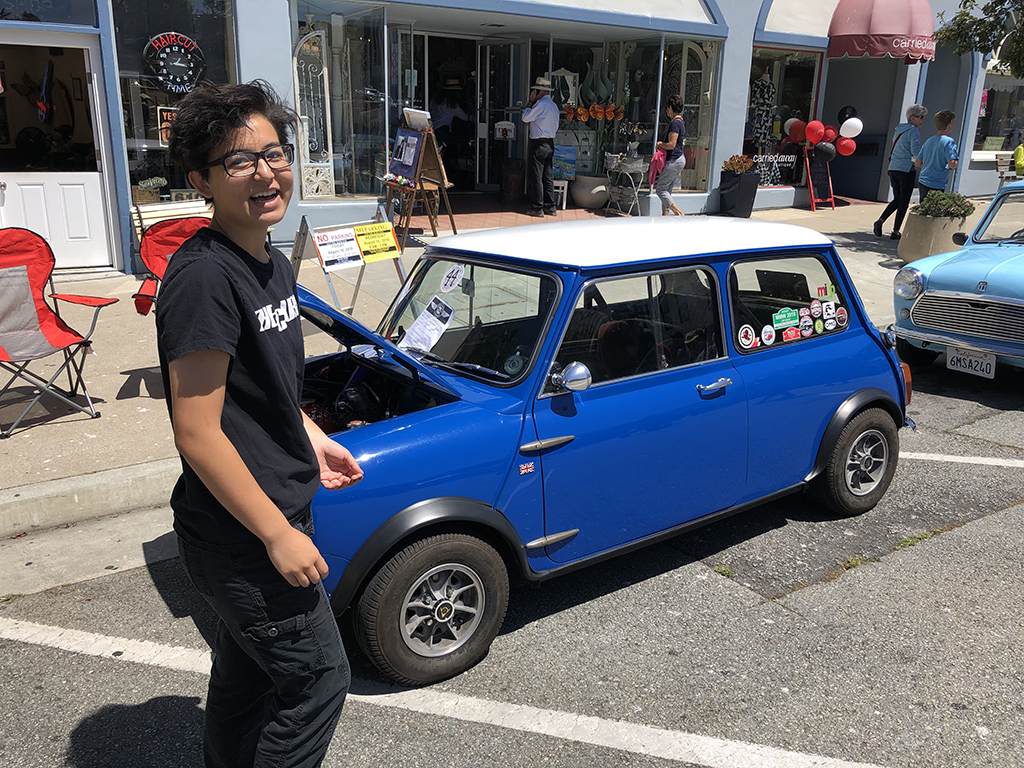 My daughter isn’t “car obsessed” like her father, but can certainly appreciate them more than just basic transportation. A good way to kick off the week was to stop in the “Littlest Car Show” in Pacific Grove. 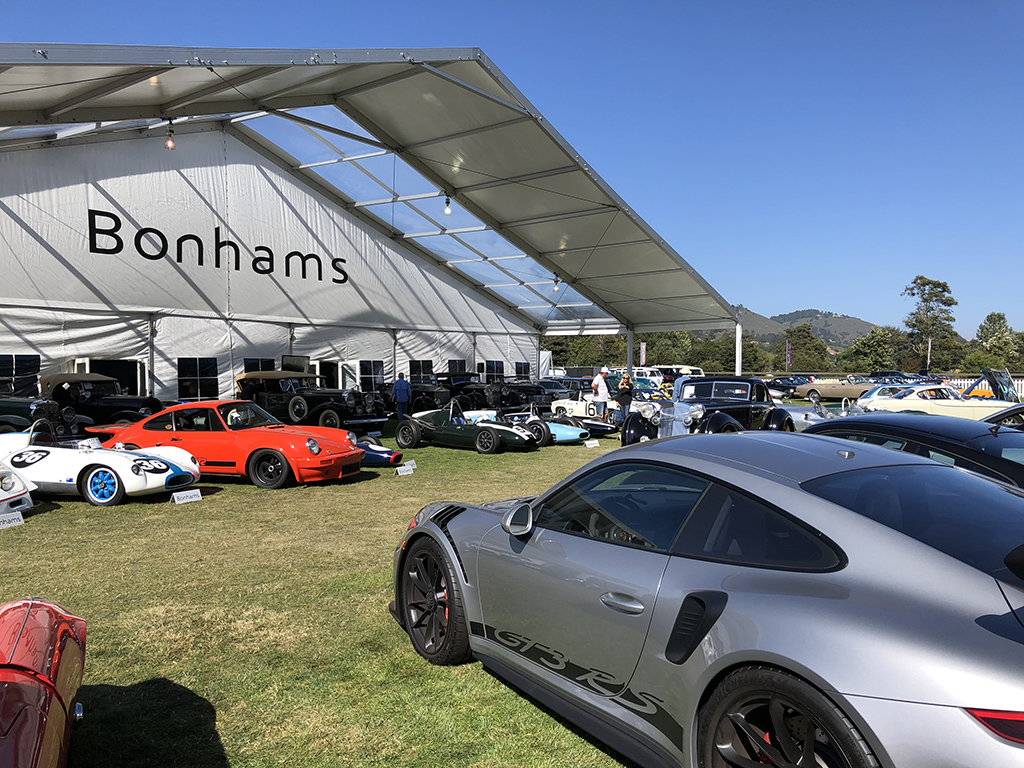 Next stop was to head over to Carmel Valley and inspect some cars for clients of mine. I still had some work to do, but I managed to keep it relaxed considering my daughter was with me. 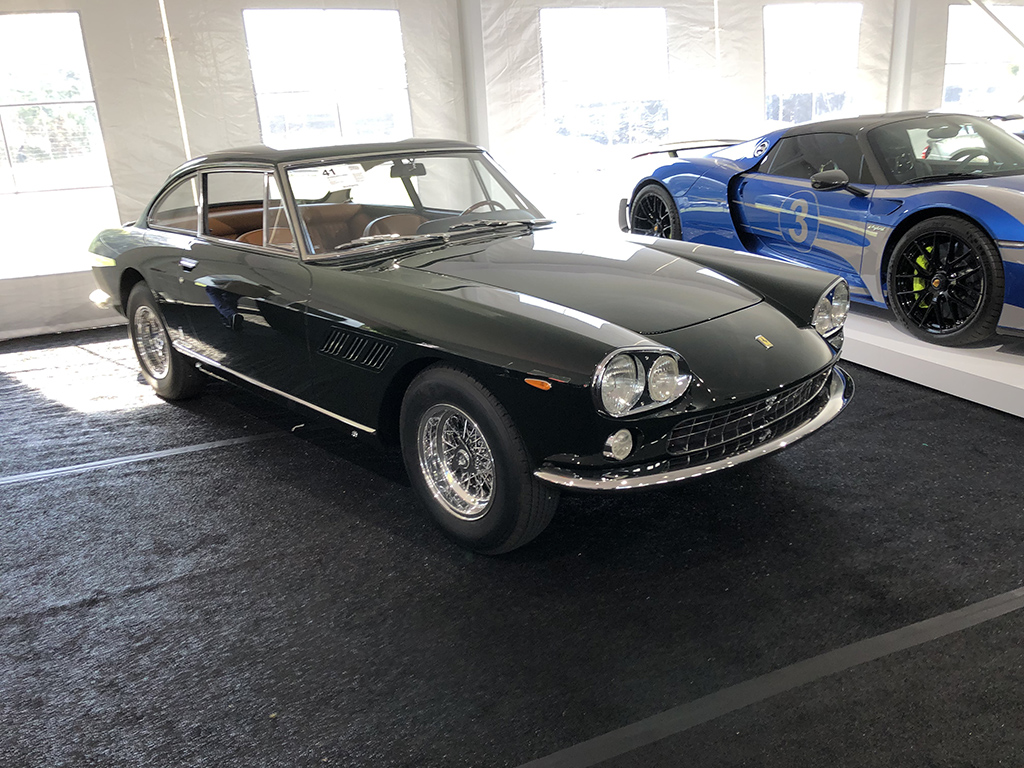 I spent some time showing her cars that were similar to one’s at my shop. I don’t know if she was just humoring me, or if she really did know them! 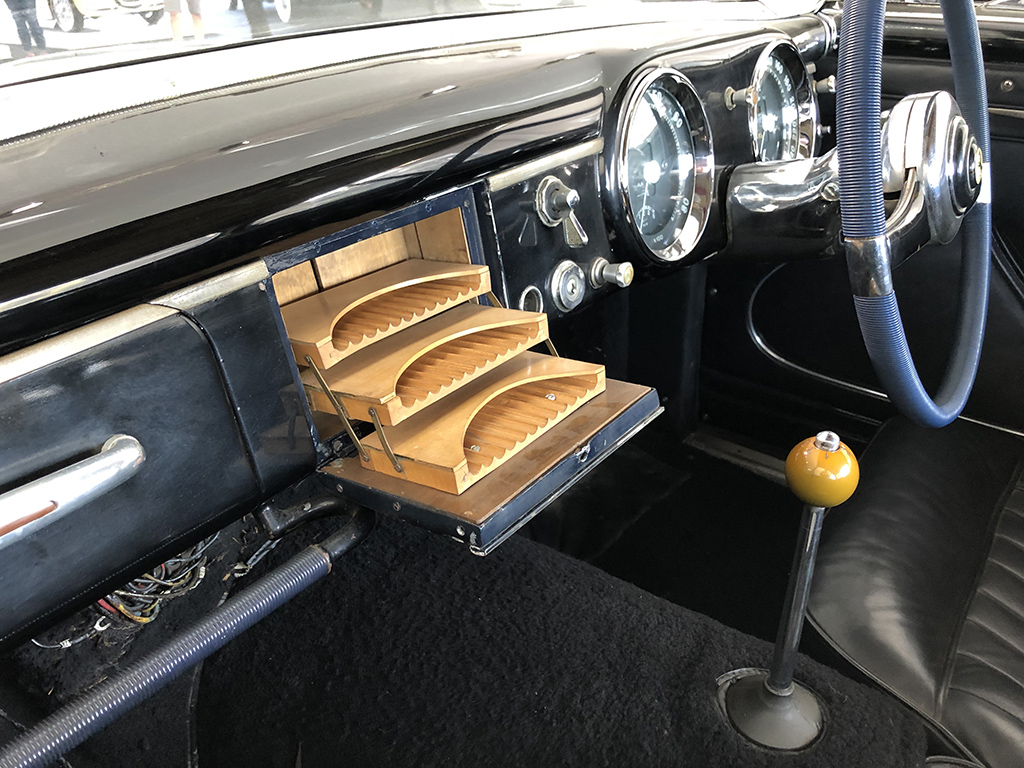 I pointed out neat details in some of the cars like this custom cigarette holder built into the dashboard. Ahh, the 50s! 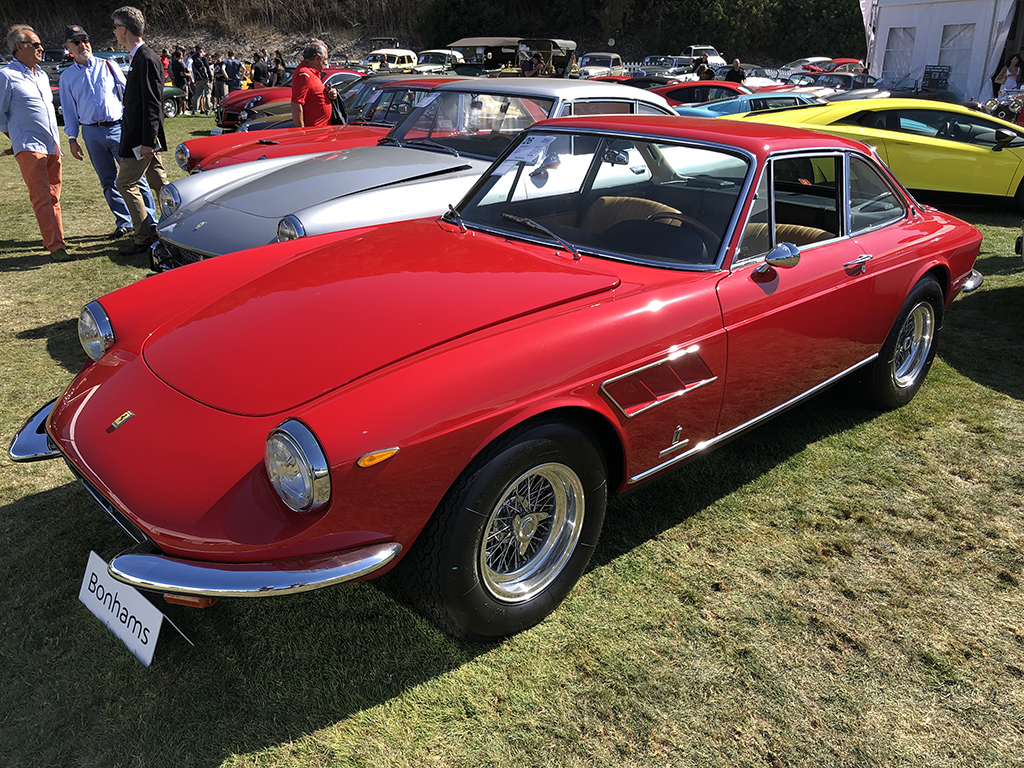 It was neat to see a car I actually worked on several owners before. I knew exactly where to look for the specific details that were still on this particular car many years later! 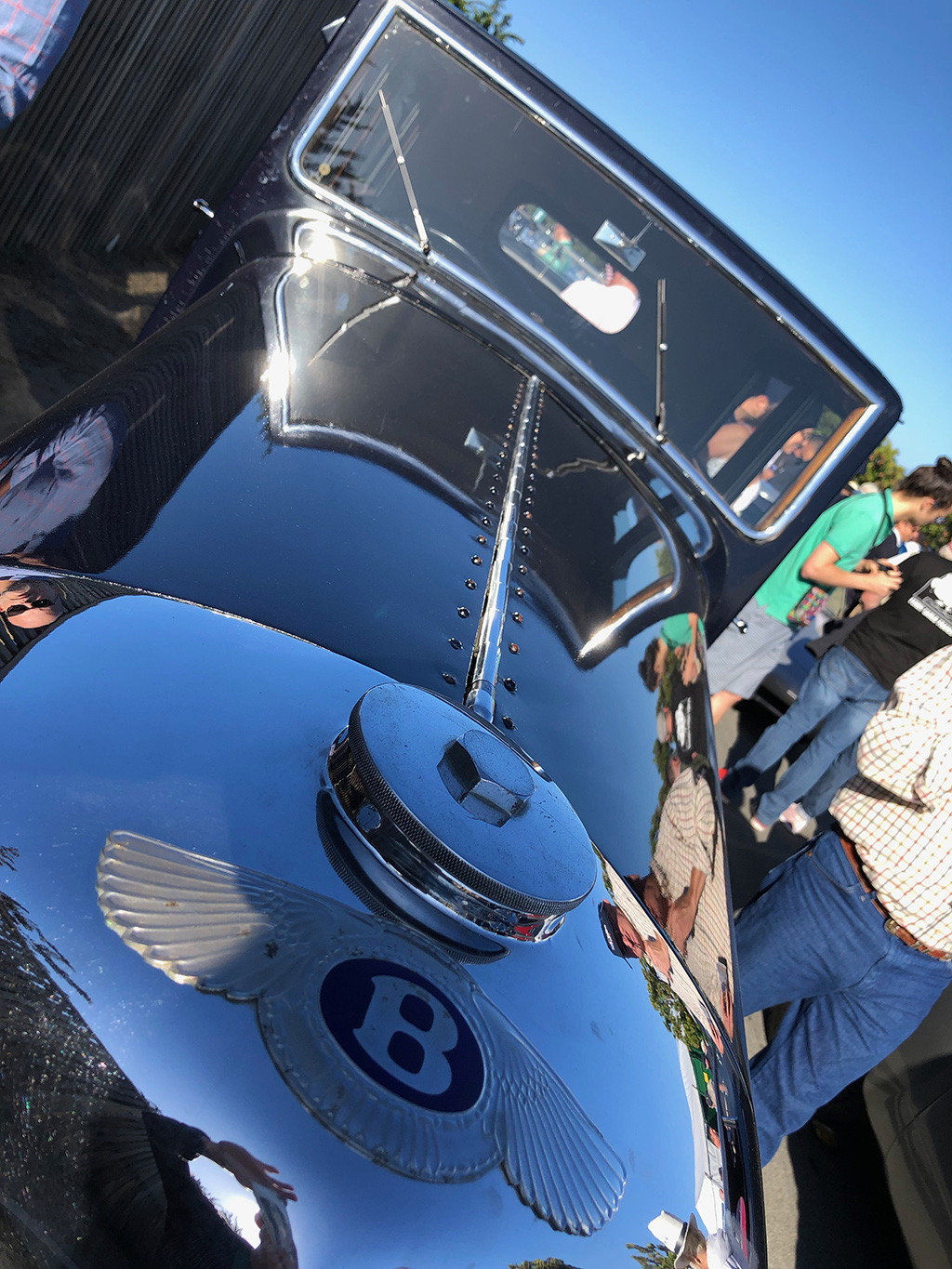 Bentley was the featured marque at Pebble Beach this year, and I had a special surprise for my daughter on Thursday. 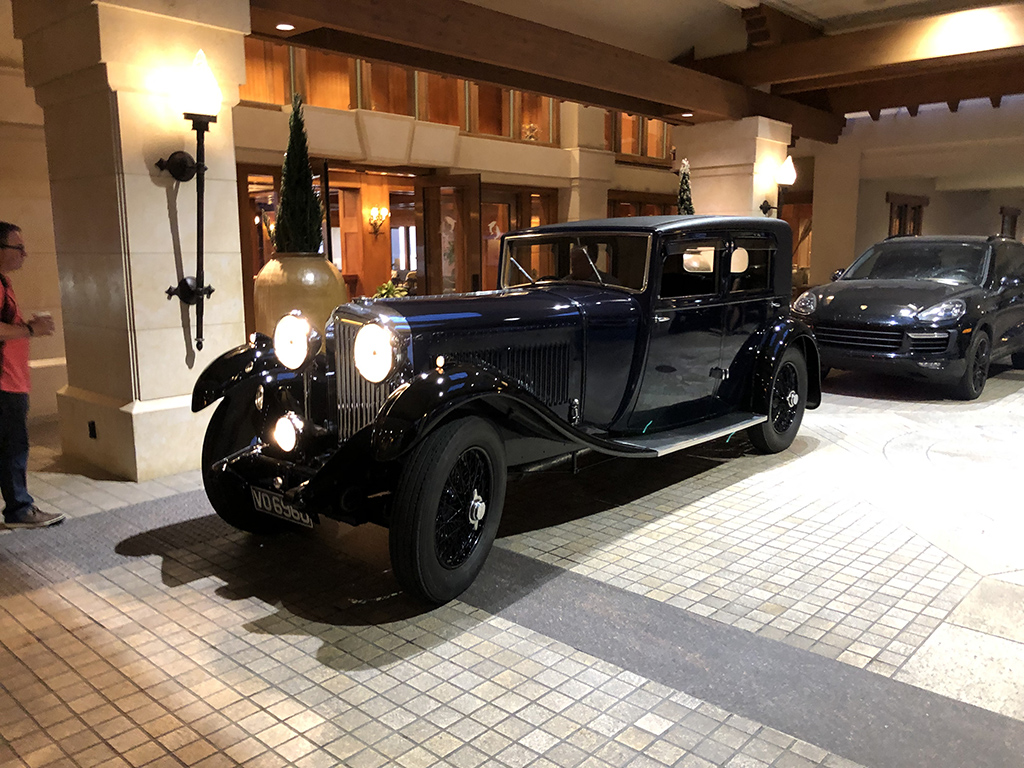 The wake up call at 5 am was rough for Ellie, but I promised meeting our ride for the day in Monterery would be worth it. When a client of mine heard I was bringing my daughter to Monterey this year, he insisted on taking us on the Pebble Beach Tour in his 1931 8 liter Bentley! 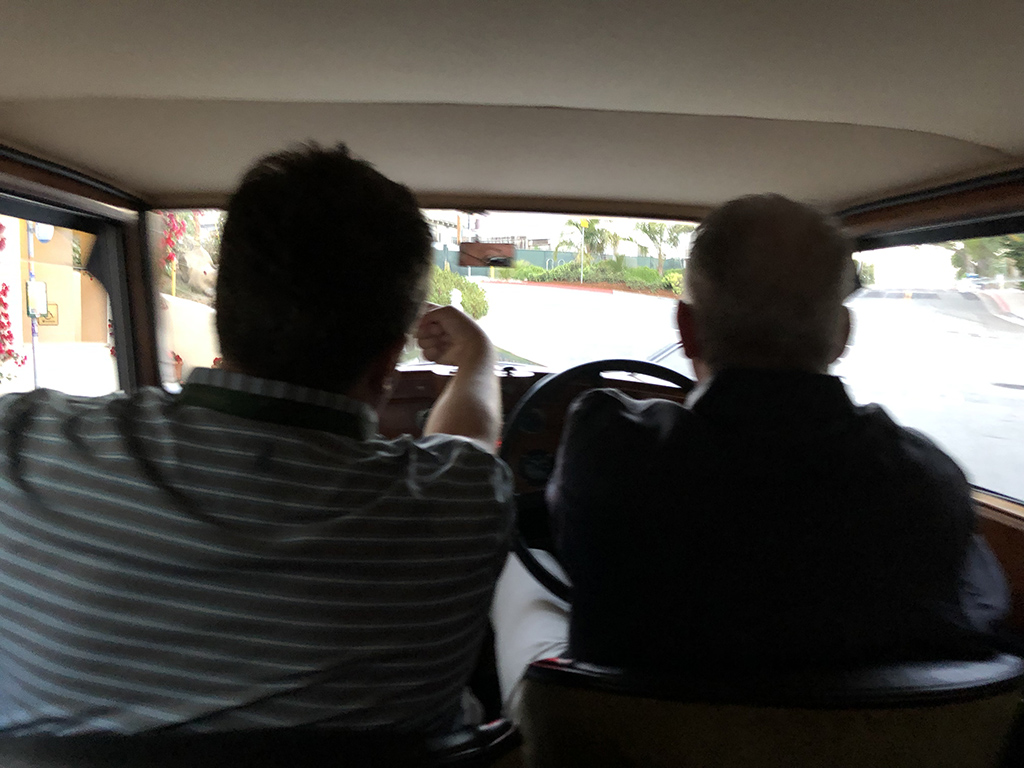 John was invited to bring his Bentley to the Pebble Beach Concours D’elegance and part of the participation to this event was to drive the on a 65 mile tour from Pebble Beach to Big Sur and back. There was just enough room to squeeze 5 people in the car, so Ellie and I were included in the event! 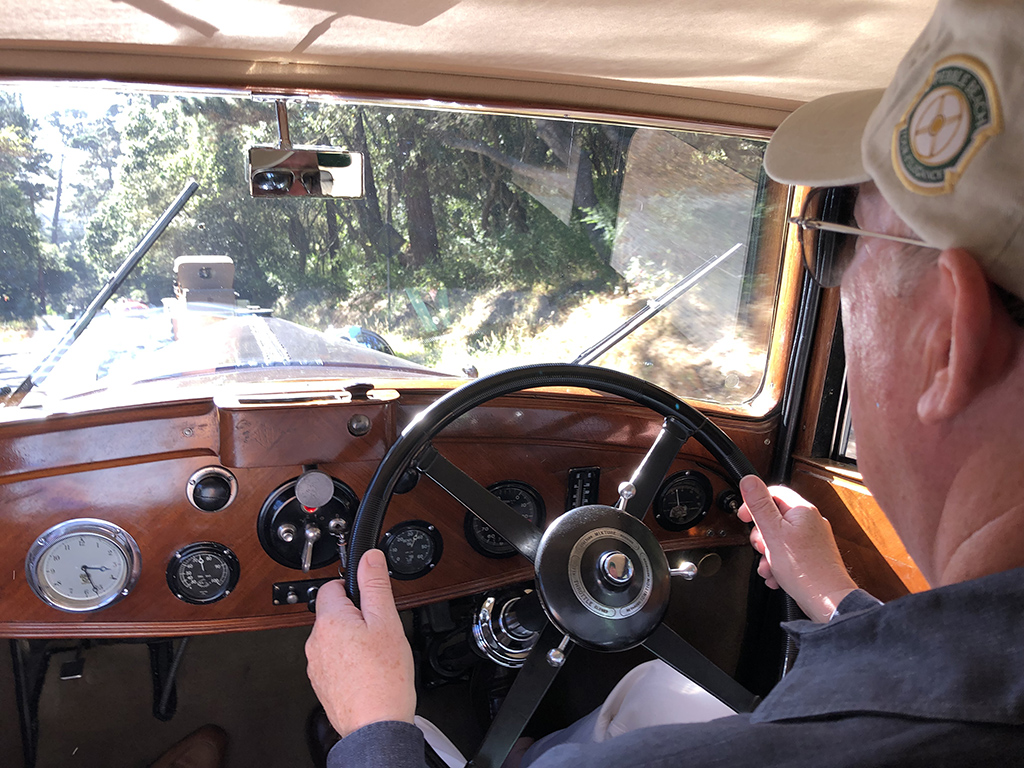 John masterfully steered the majestic Bentley throughout the tour and I was impressed with the torque from this massive 8 liter engine. We all enthusiastically waved at the onlookers and I tried my best not to look more excited than my daughter! 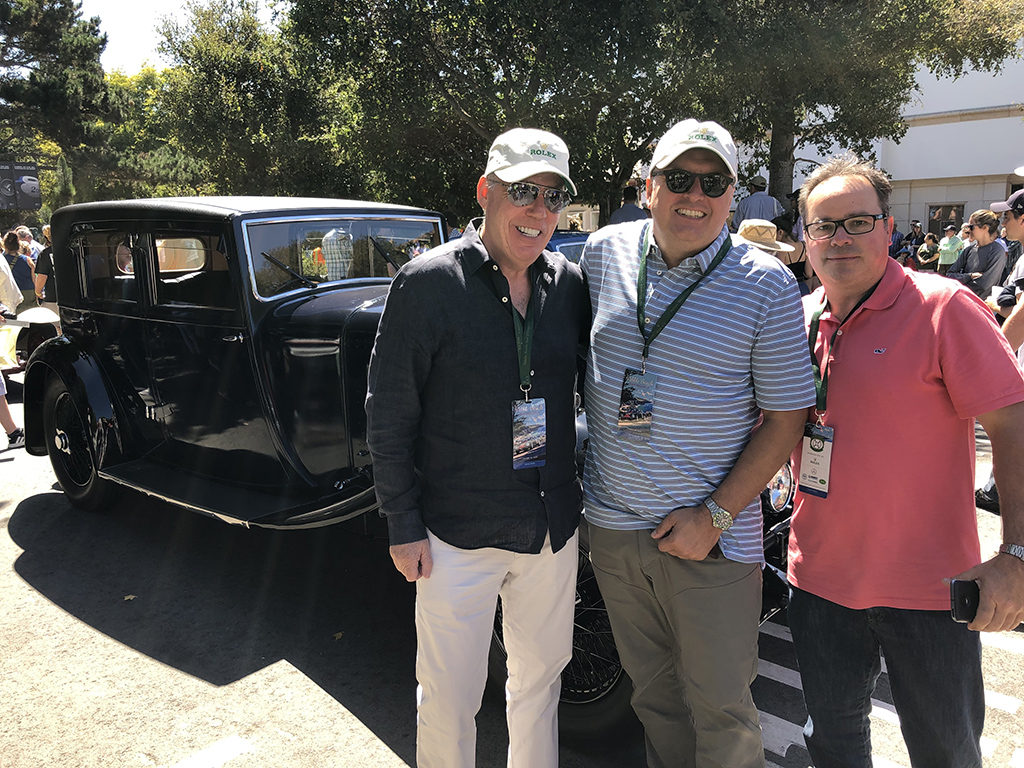 I can’t thank John, and his crew Colin and Steve for letting us ride along. I’ve been trying my best to explain to my daughter how rare it is for someone to get a chance to ride on the Pebble Beach Tour, but to do it in an Bentley, I gave up! 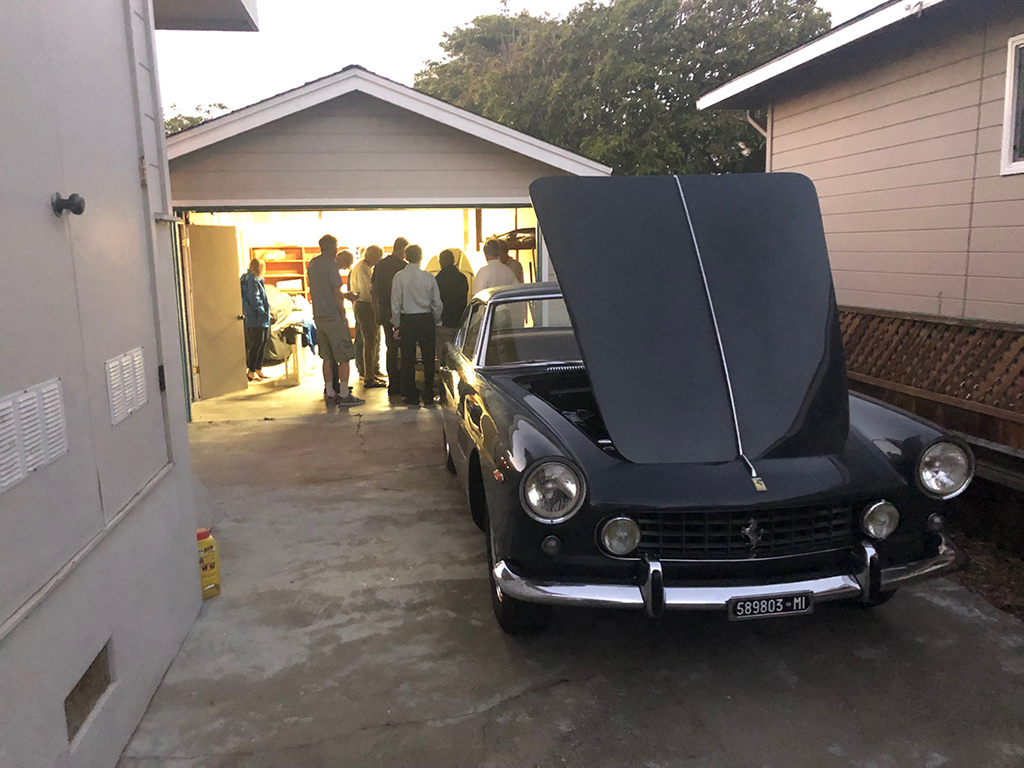 In the evening we co-hosted the Tomyang.net Monterey Cocktail party with Larry and Kristi Hernandez in Pacific Grove. Larry showed off the car that started our journey together, a 1961 250 GTE that we bought in Tacoma Washington several years ago. It’s an original survivor car with original paint, chrome and interior, and so well preserved, sometime people would mistake this car for restored car! 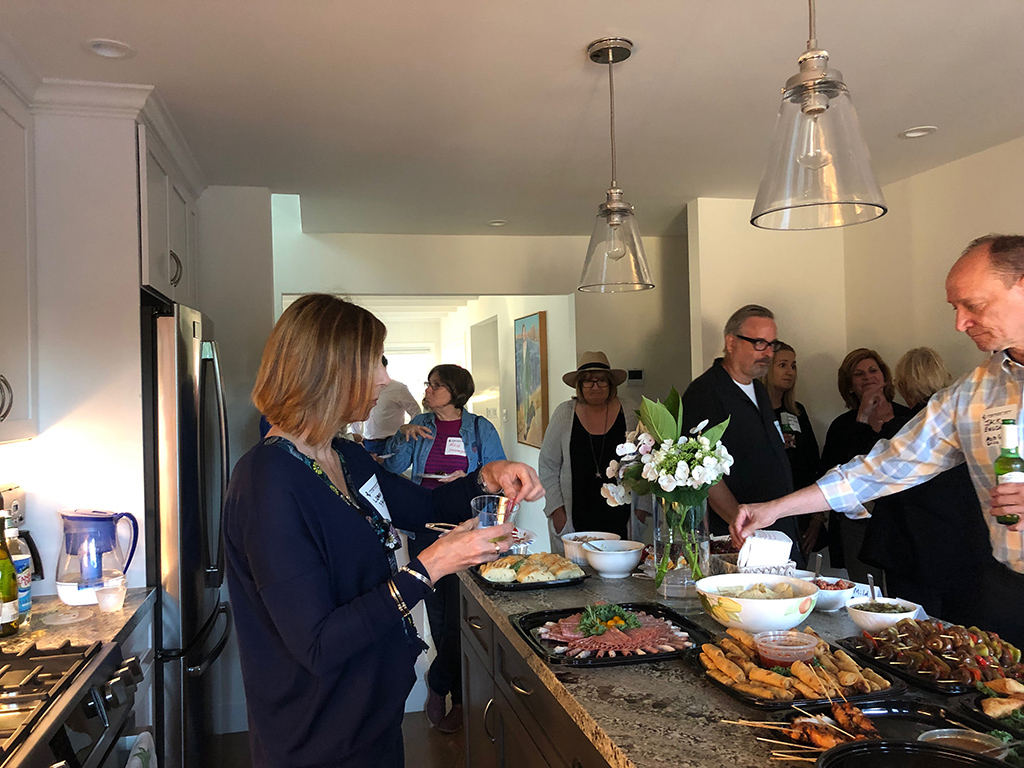 It was nice to share some food and drink with friends and fans of Tomyang.net. This August marked 20 years since I started blogging about Ferraris, and many attendees have been there from nearly the beginning. 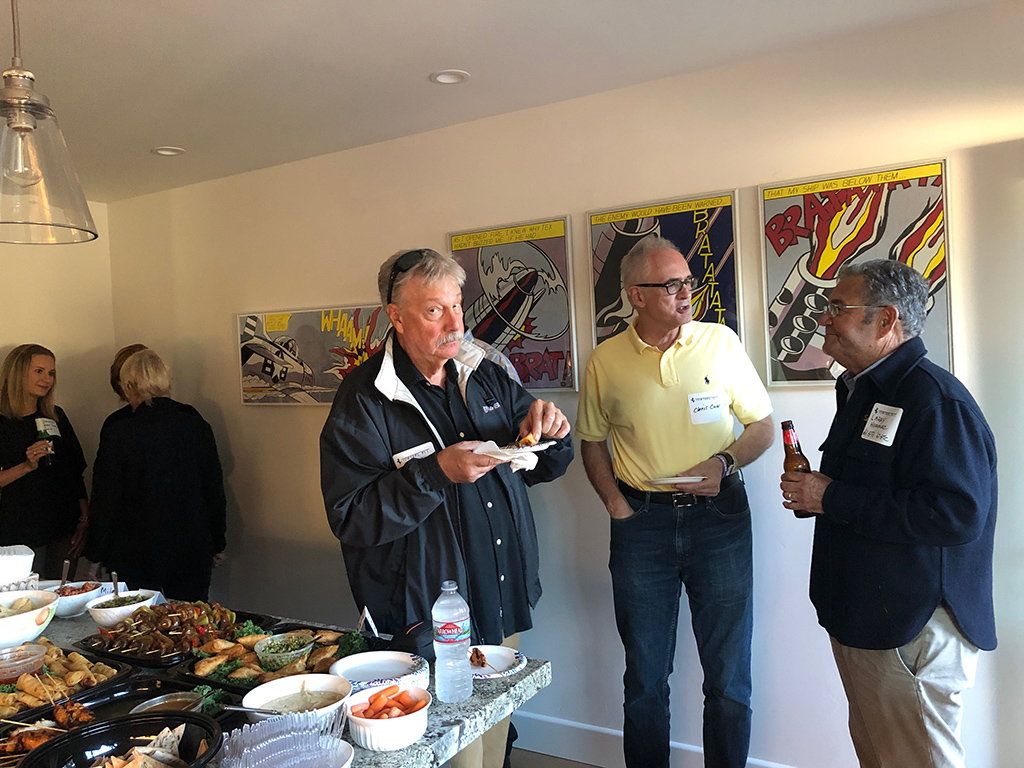 I remember going to Monterey two decades ago and being invited to party being thrown by Len Miller, the founder of the 250GTE registry. Len has since passed away, but I’ll never forget his generosity in welcoming new-comers into the community. As I looked around the room, I recognized how many of us are still sharing our experiences and pleased to know the spirit and friendship of Vintage Ferrari ownership still lives on! 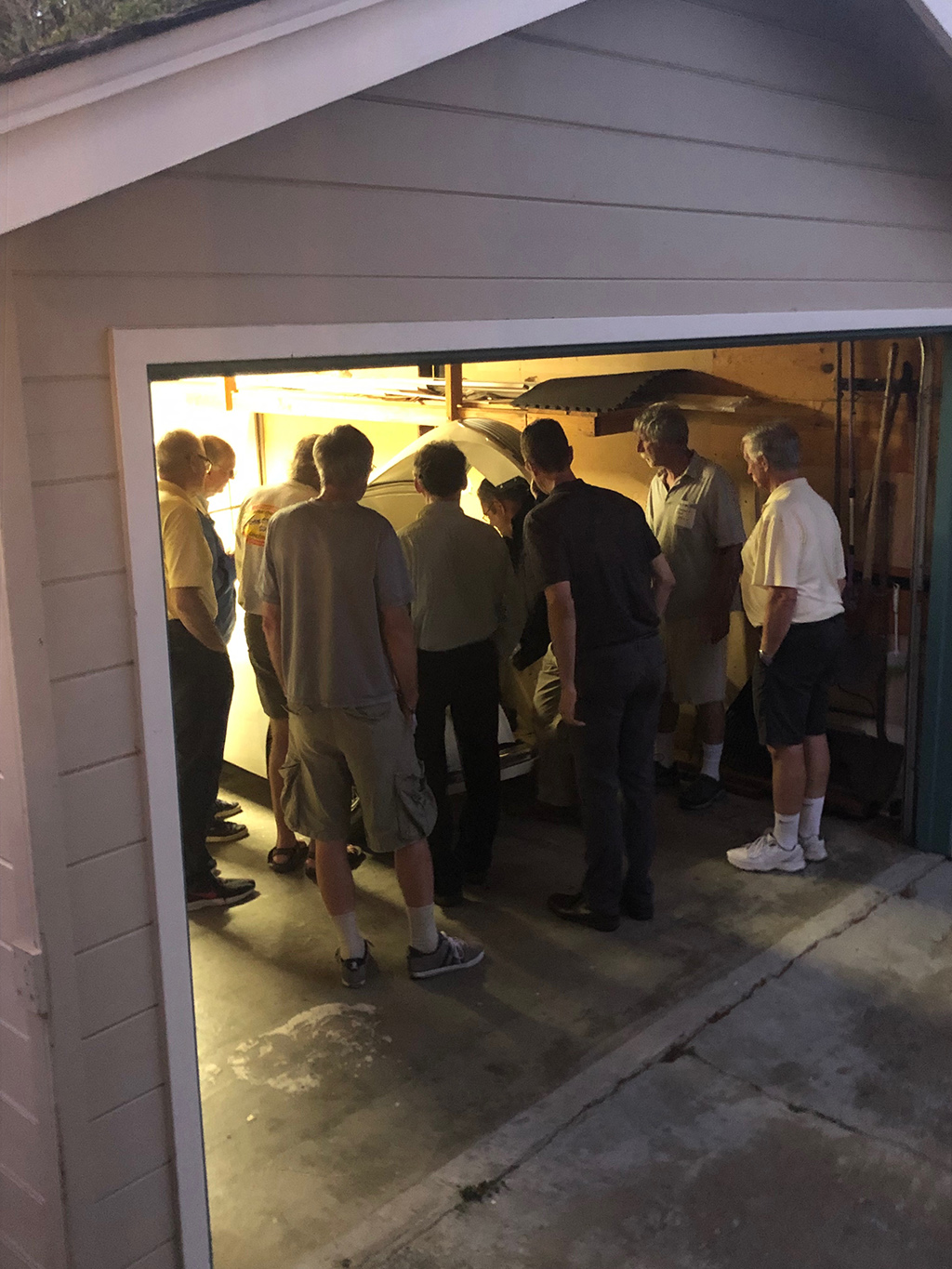 Larry also had his Jaguar XK120 on display, and there was just as much interested in that car as the Ferrari proving that the enthusiasm for old cars is universal, and not marque specific!

Thank you Larry and Kristi for co-hosting the party this year at your home. It was a wonderful gathering. Cheers!