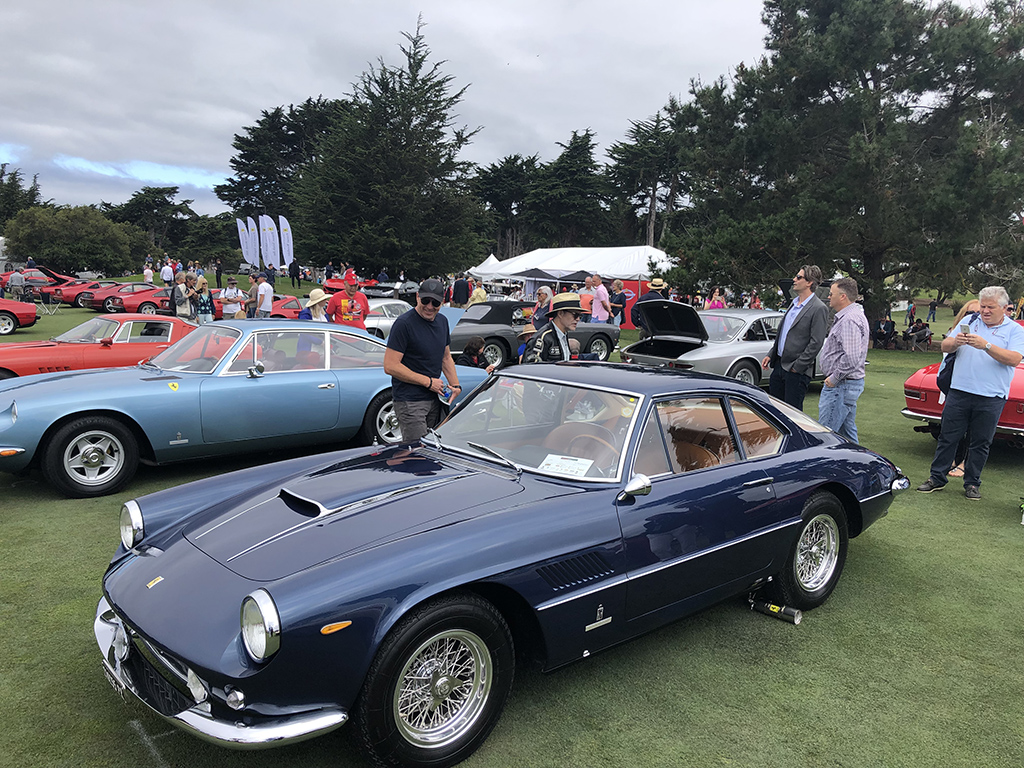 We attended Concorso in Seaside this year. The turn out of Vintage Ferrari was pretty thin, but what was there was pretty nice. 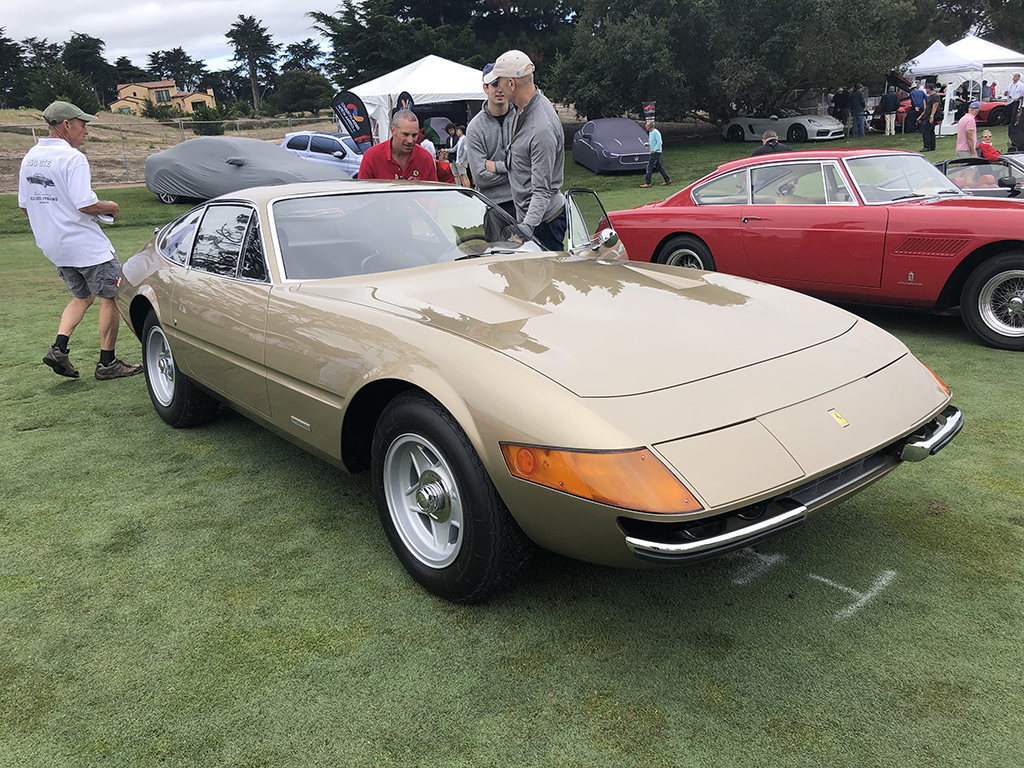 This Daytona was well restored and the owner seemed to be enjoying the car. 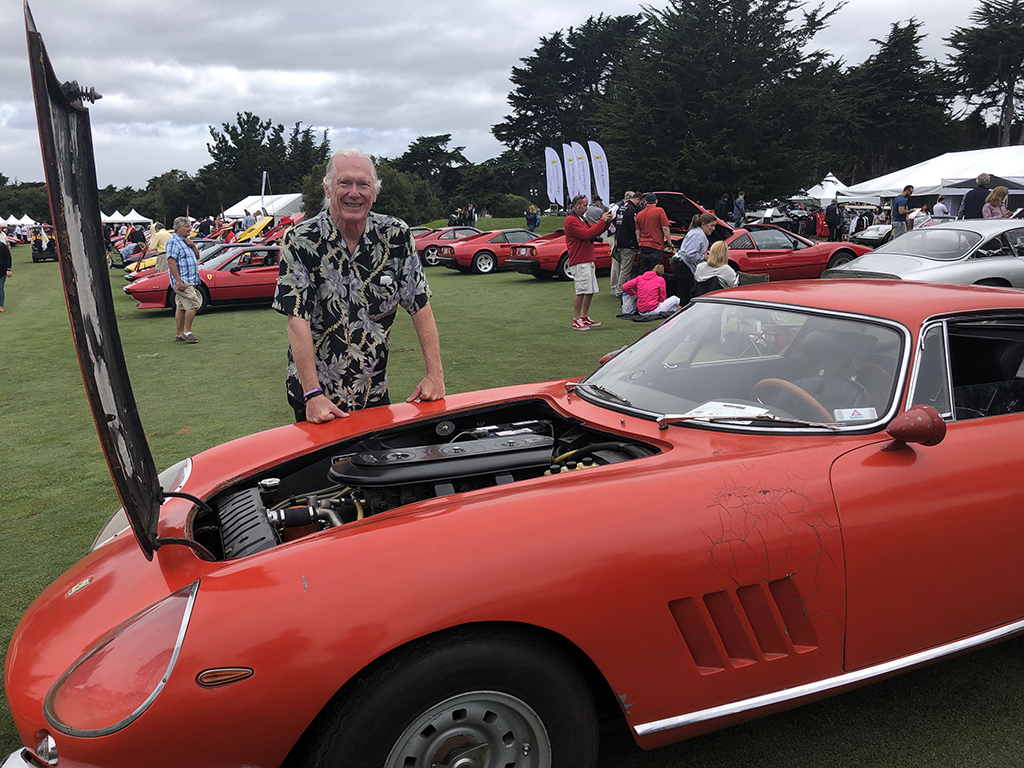 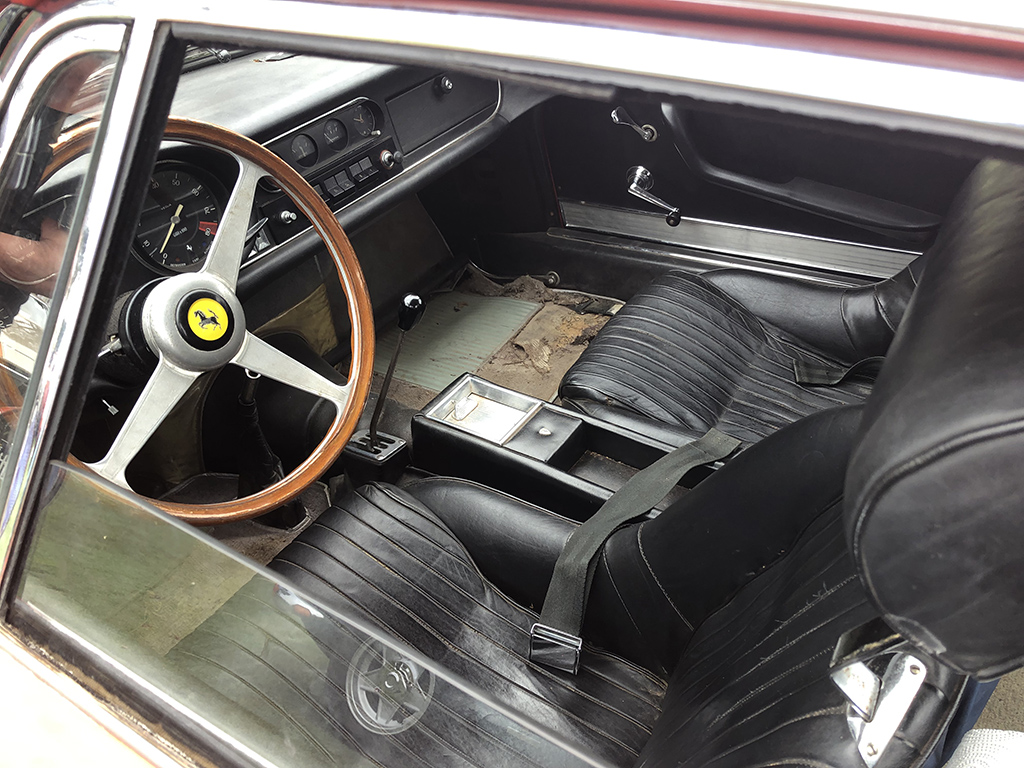 This car is not restored, and shows all the ownership Tom and his car endured through the years. He’s done a recent mechanical restoration, but doesn’t have any plans to do the cosmetics. Tom said, “If I win the Lottery, I might consider it!” 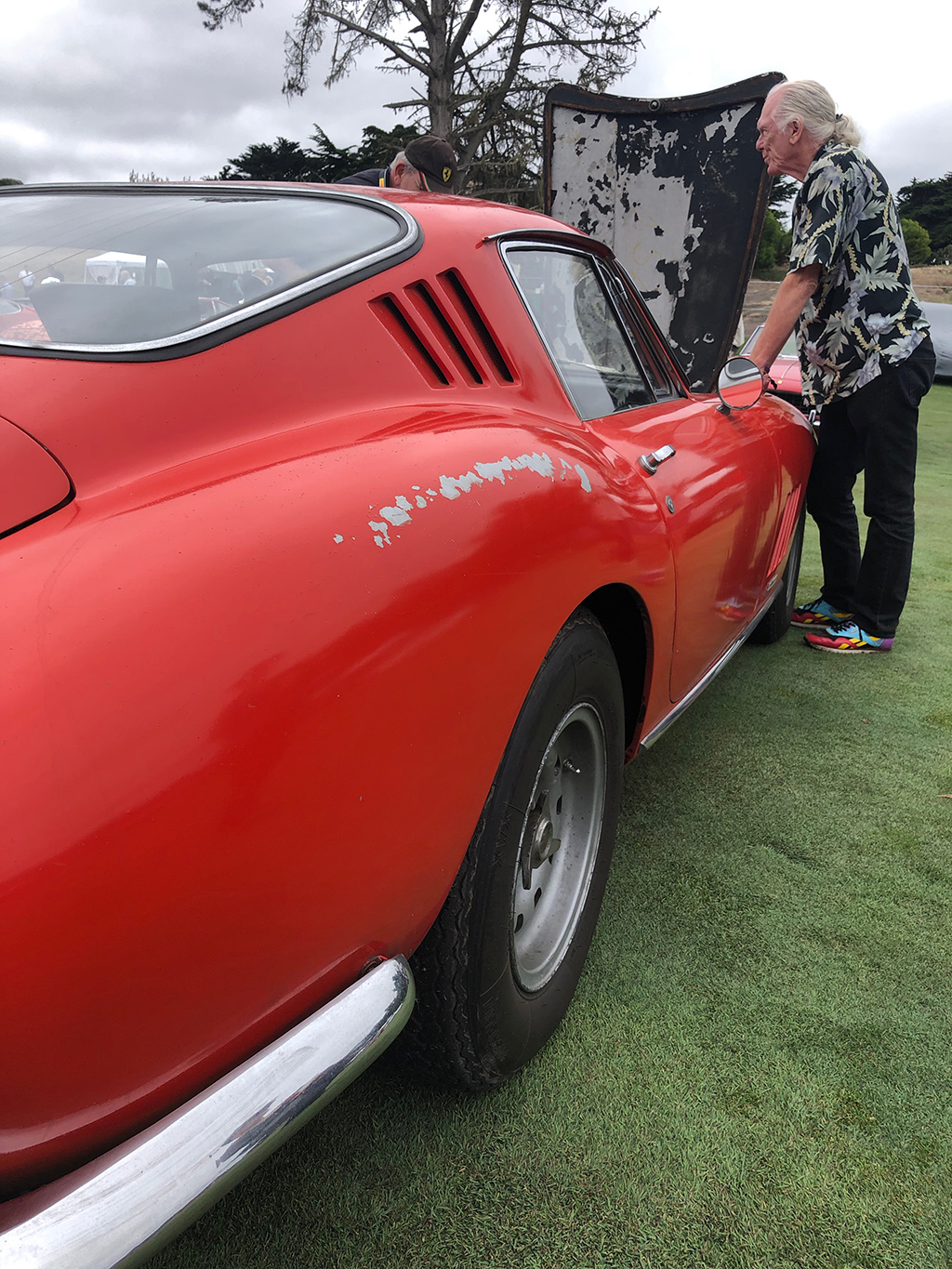 I told Tom he already did win the lottery, because for his $17K investment all those years ago, he’s won big time! 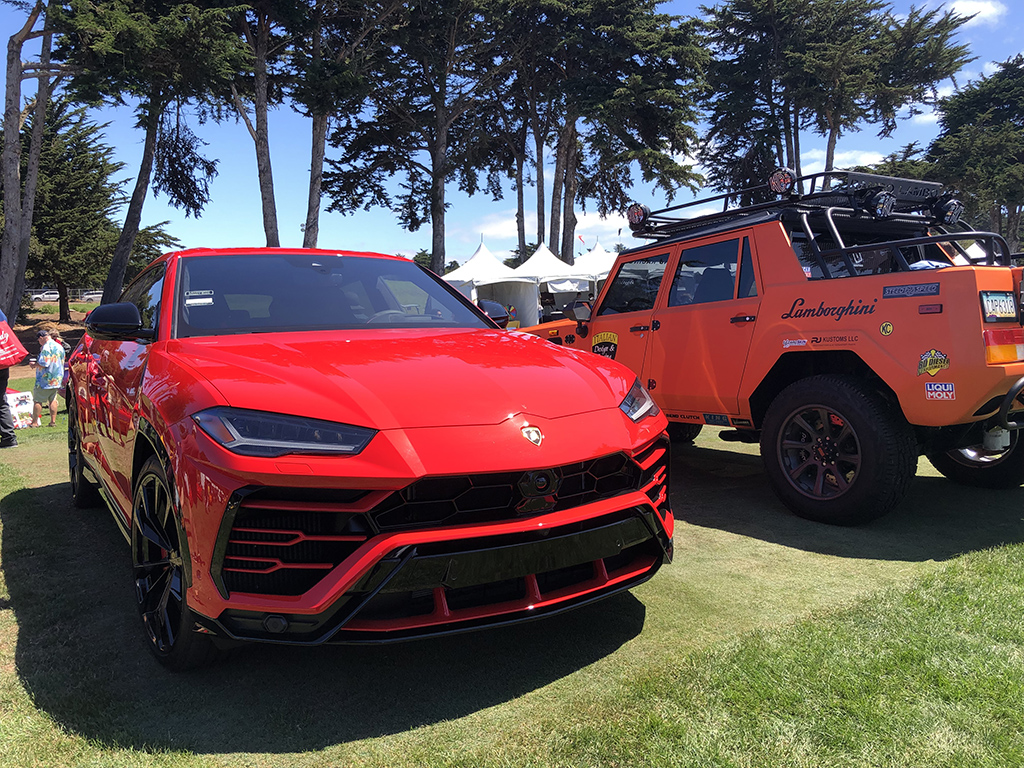 Ellie and I walked around the show while I explained the histories of certain cars and their significance. For instance like why Lamborghini was getting back into building a 4WD truck because they were the first to build a truck with a V12 engine back in the day. 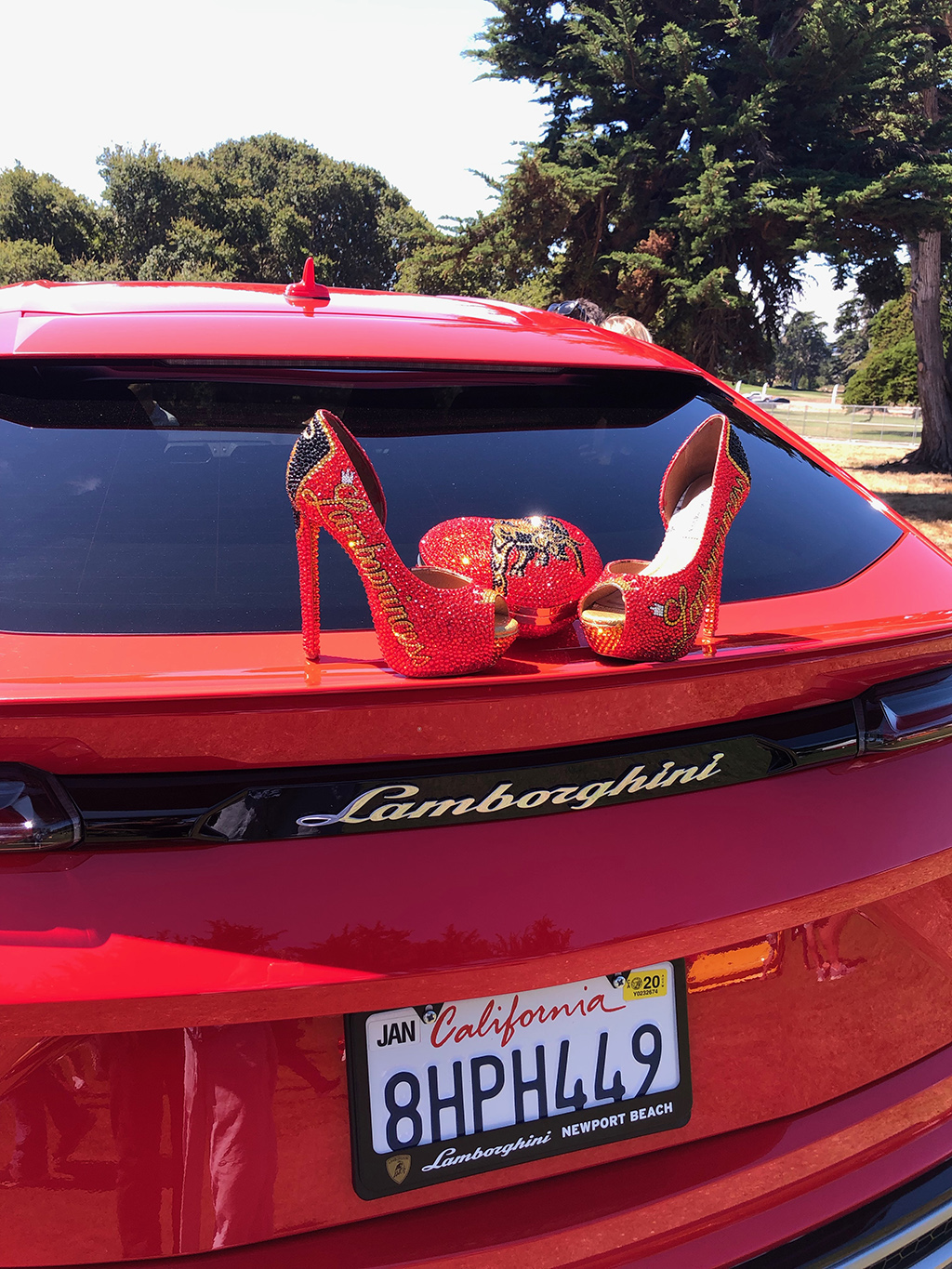 It was a little harder to explain why the Lamborghini had a pair of “hooker shoes” proudly displayed on the back deck! 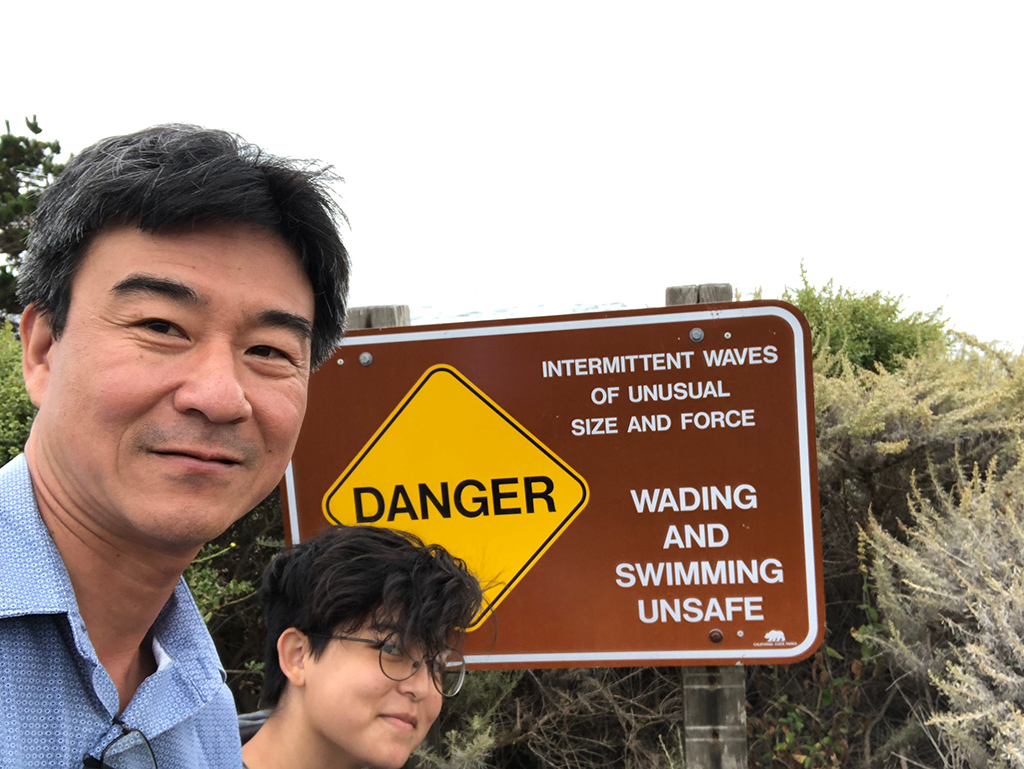 We left the show a little early to take a drive down highway one to see some more of the the Pacific Coast. We wanted to see if the experience was any different than from the back of a Bentley! 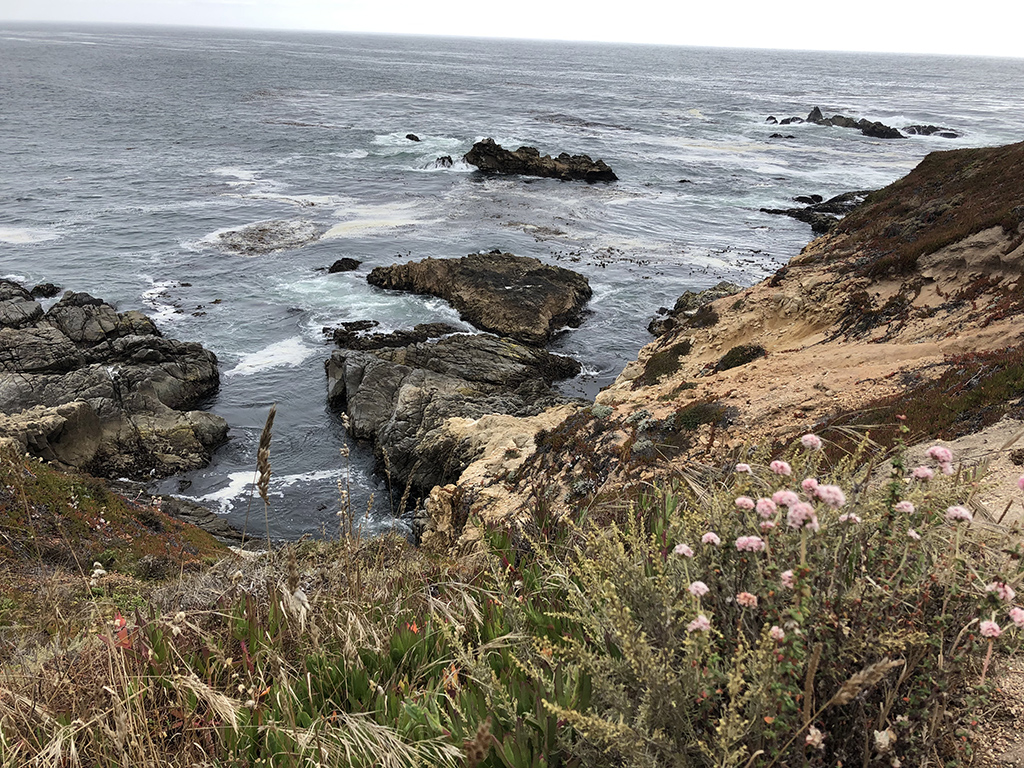 The Pebble Beach Tour took us down to Big Sur, but we didn’t get a chance to stop and take in the views. 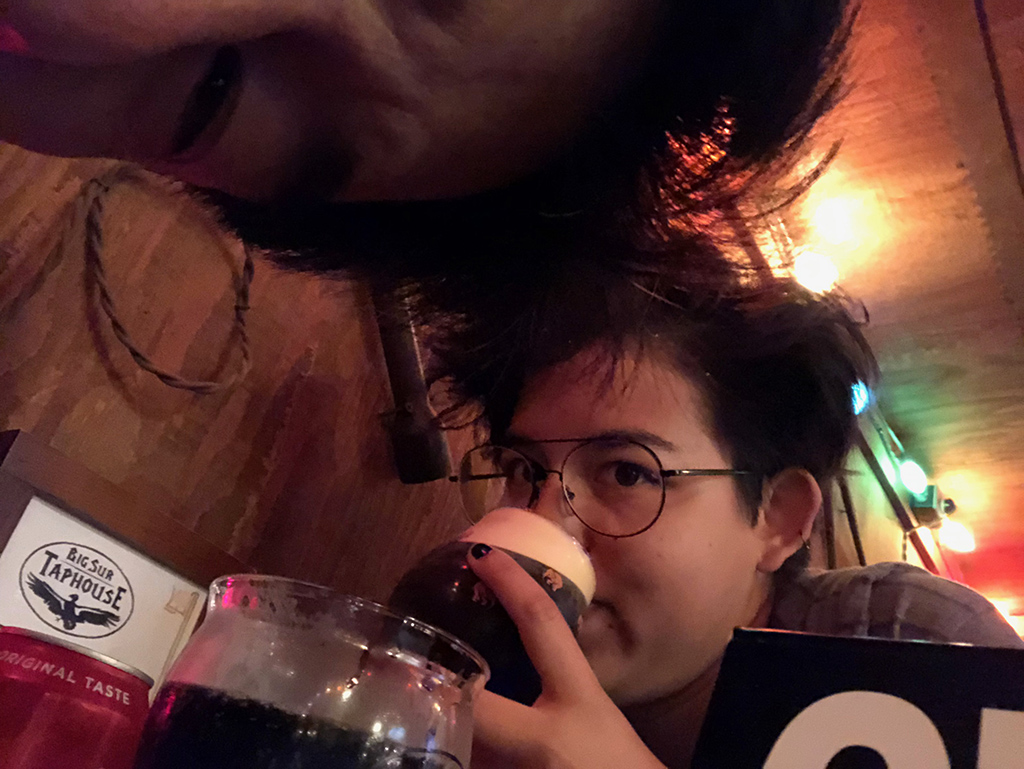 We also stopped for a coffee. Yes, cold pressed coffee, not a beer!