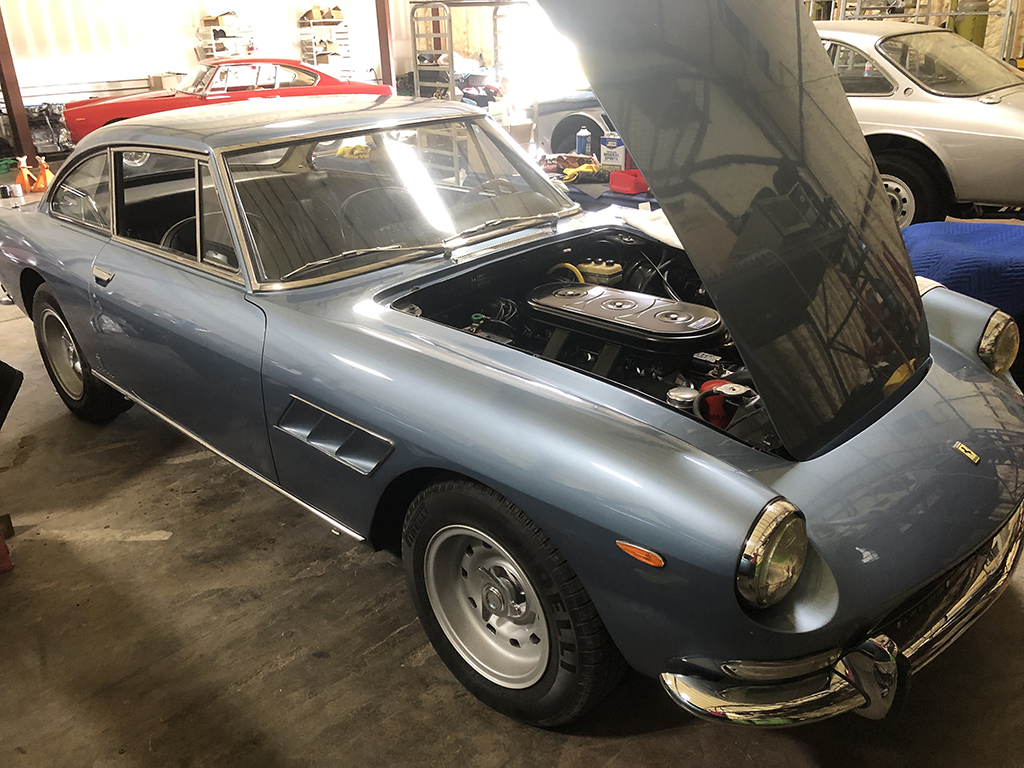 A customer of mine sent me his Ferrari SII 330GT 2+2 with brake issues. He told me the the brakes locked up while he was driving and barely made it home. The next day, the brakes released, but locked up again when he took the car out for another drive. I had the car flat bedded to my shop for a look.

The car drove easily off the truck and into my shop without any signs of problems. Without touching anything on the brakes, I took the car out for a drive to see what was going on. I gradually increased the distance away from my shop in case the brakes started to seize, but everything was working perfectly. I checked with the owner to confirm how long were the drives he initially took before the brakes started to seize, and tried driving the car some more.

After three days of driving the car to run errands around town, I couldn’t get the brakes to seize. I finally decided to try bleeding the brakes to see if perhaps some moisture got into the lines and was causing pressure on the caliper as the fluid heated up. After a few bleed cycles, I started to feel strange things happening with the rear brakes. Although the brakes didn’t seize up, fluid stopped flowing to the rear calipers. I opened some of the fittings to isolate what was preventing fluid from reaching the calipers and the clues pointed to the master cylinder. 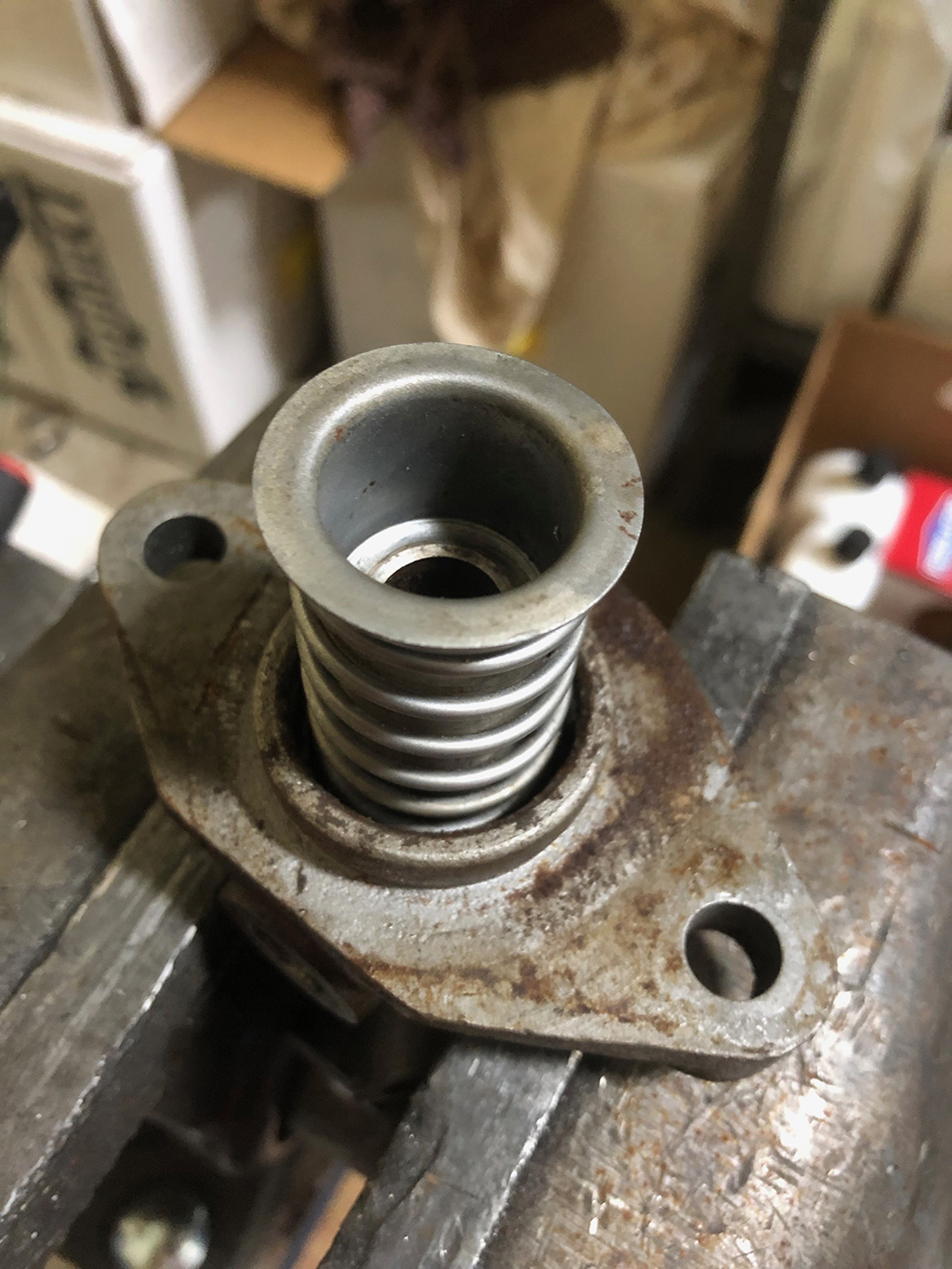 The system on this particular car has an early Dunlop master cylinder with an external spring. I couldn’t remember the trick to removing the spring, but called a friend of mine for direction. I had the “eureka” moment after the little tidbit of knowledge was shared in the phone call. 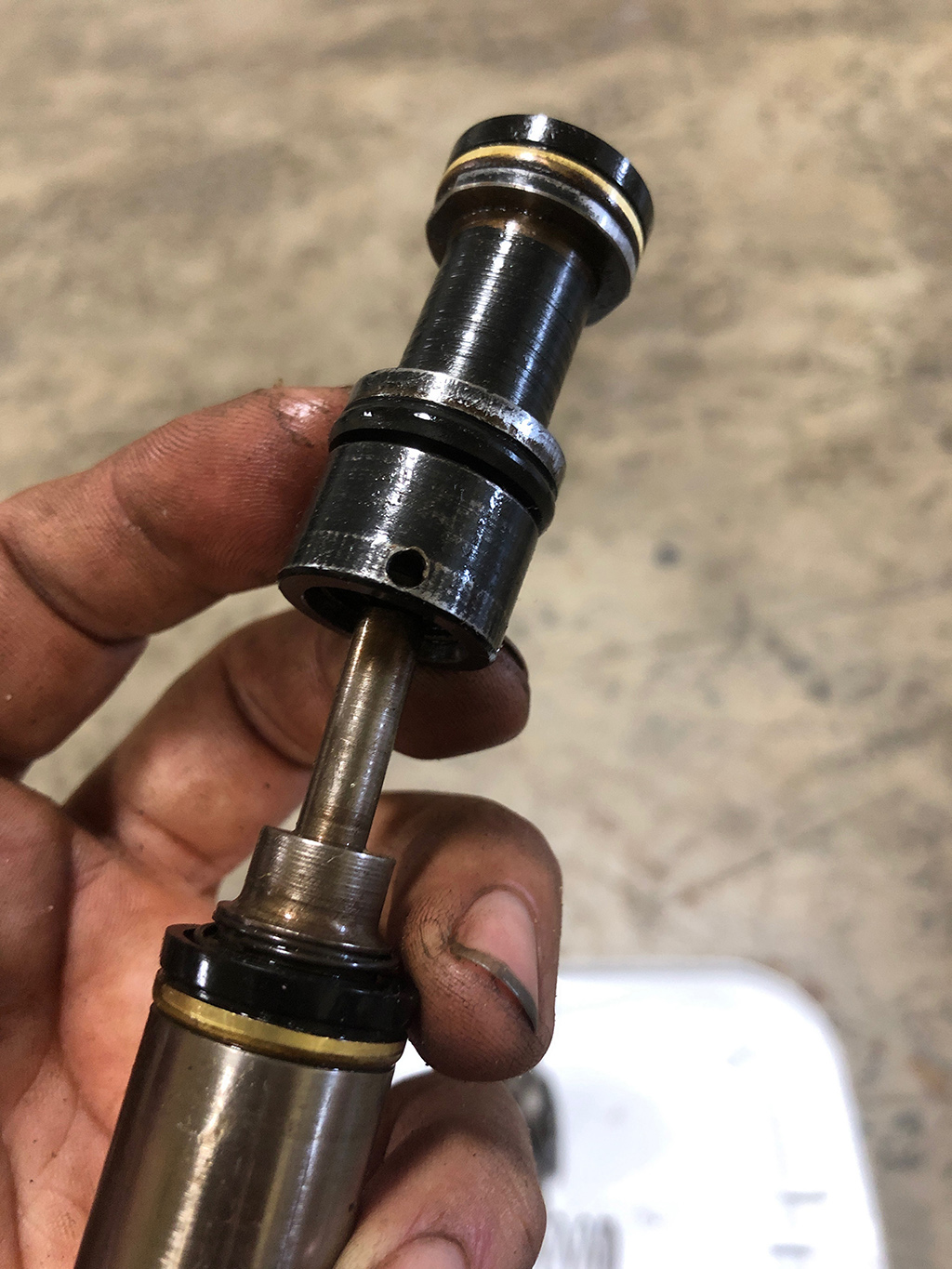 My friend also explained it was a common problem in this type of master cylinder where the secondary circuit can stick and not retract when the seals get old or trash in the fluid interferes with the movement. 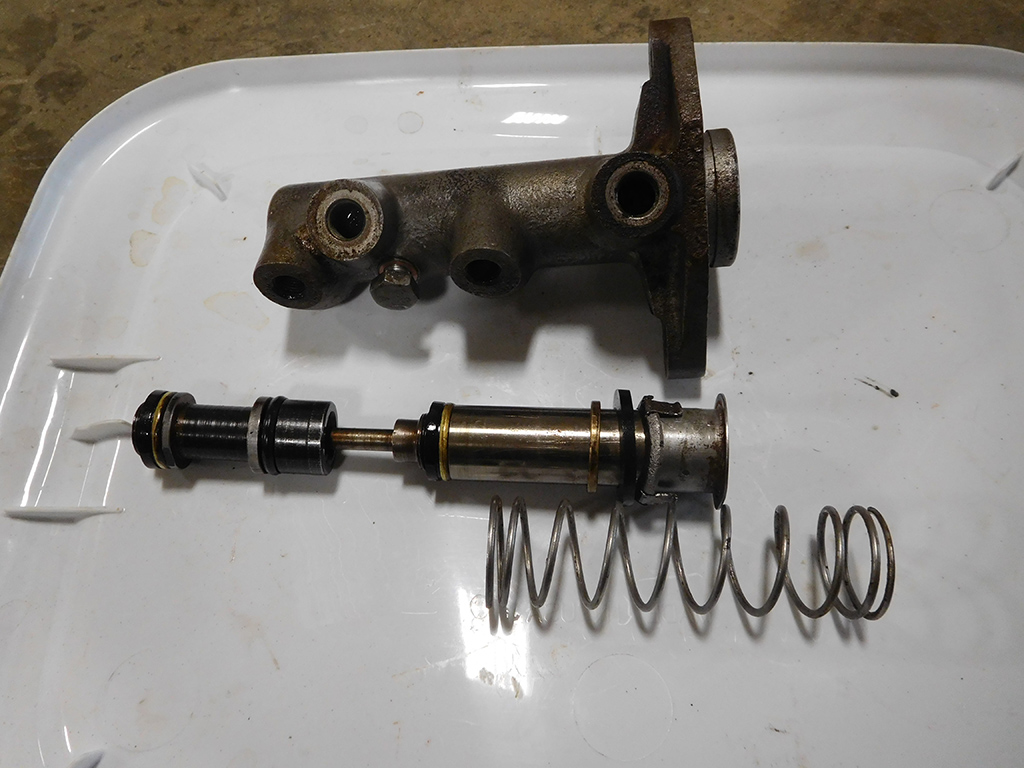 I ordered a set of seals, and hope this solves the problem of the brakes on this car!