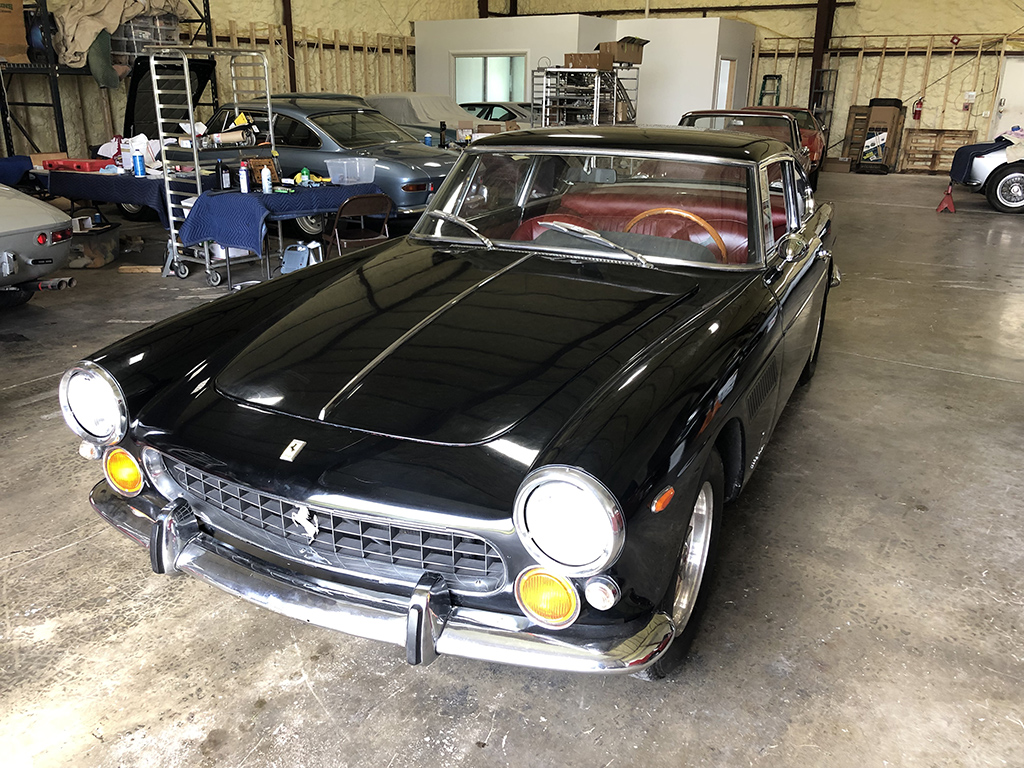 A Ferrari 250GTE arrived at my shop a few weeks ago for some servicing. The new owner purchased this car as “driver” with the intention to restore it in the near future. I have a soft spot for all old Ferraris, so it’s nice to see this car going to a home that will bring her back to her former glory. 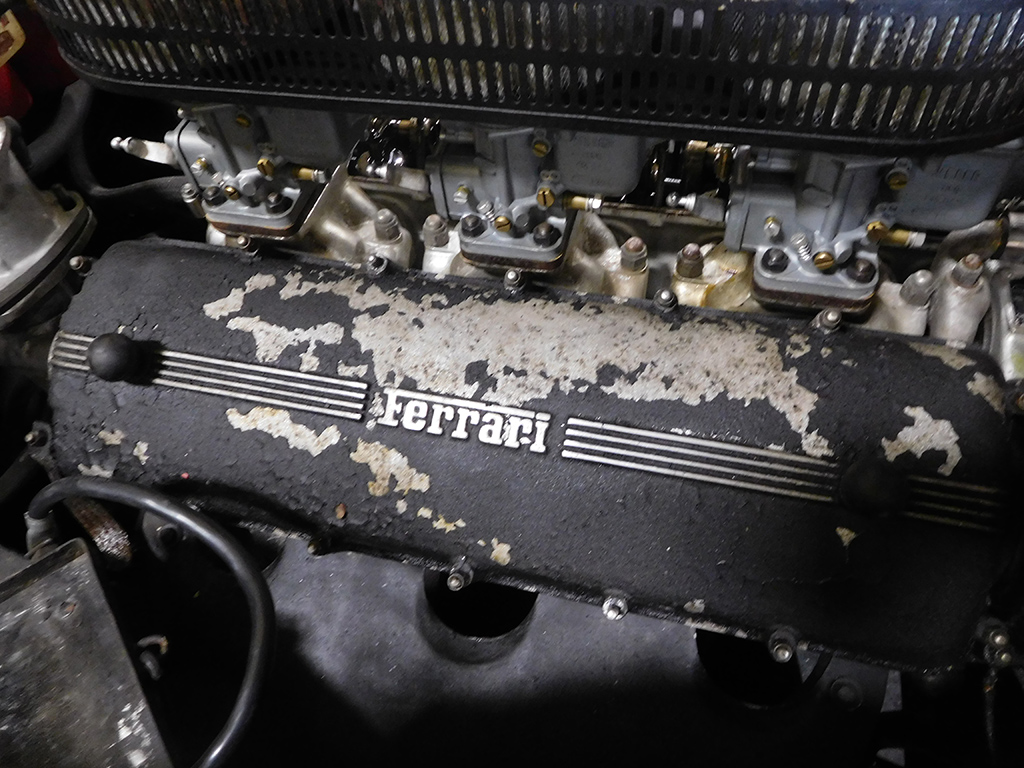 For now, we’re going to fix what’s needed to get the car reliable and cosmetically presentable. I’m trying my best not to go down the slippery slope of refinishing too many things as eventually, this car will be taken completely apart for its restoration, but some things, like the valve covers can be painted to look better. 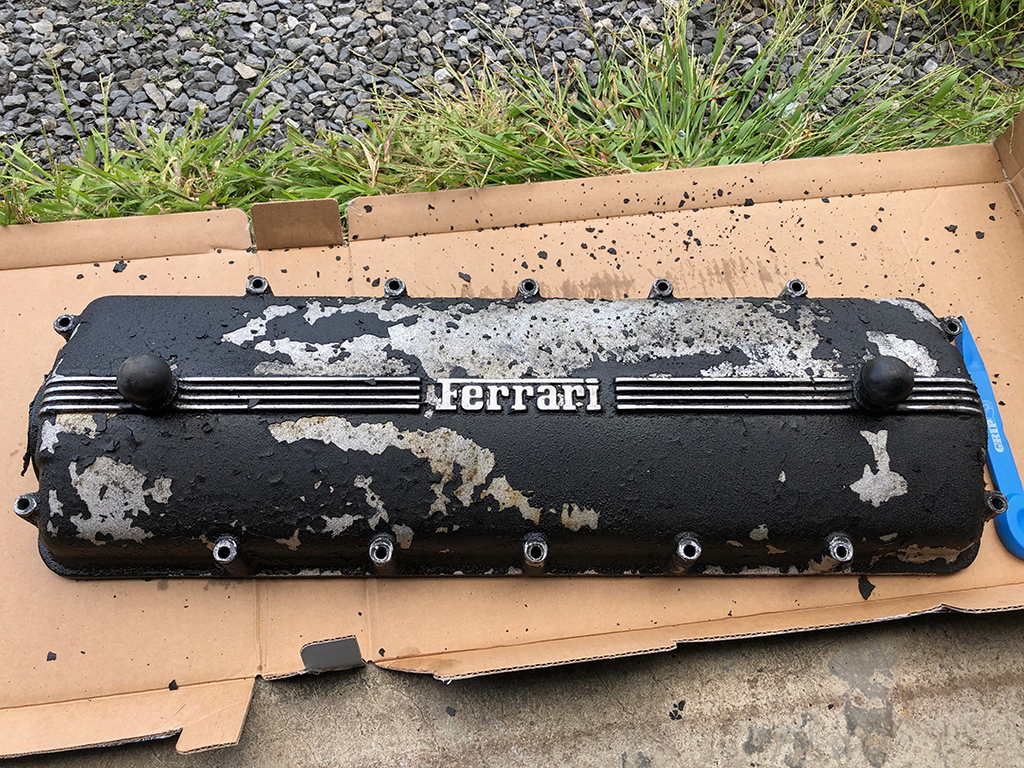 Since they needed to come off to do a valve adjustment, now was the time to refinish them in black wrinkle paint. I’ll also take this opportunity to paint the valve cover completely, and not leave the lettering in bare aluminum. 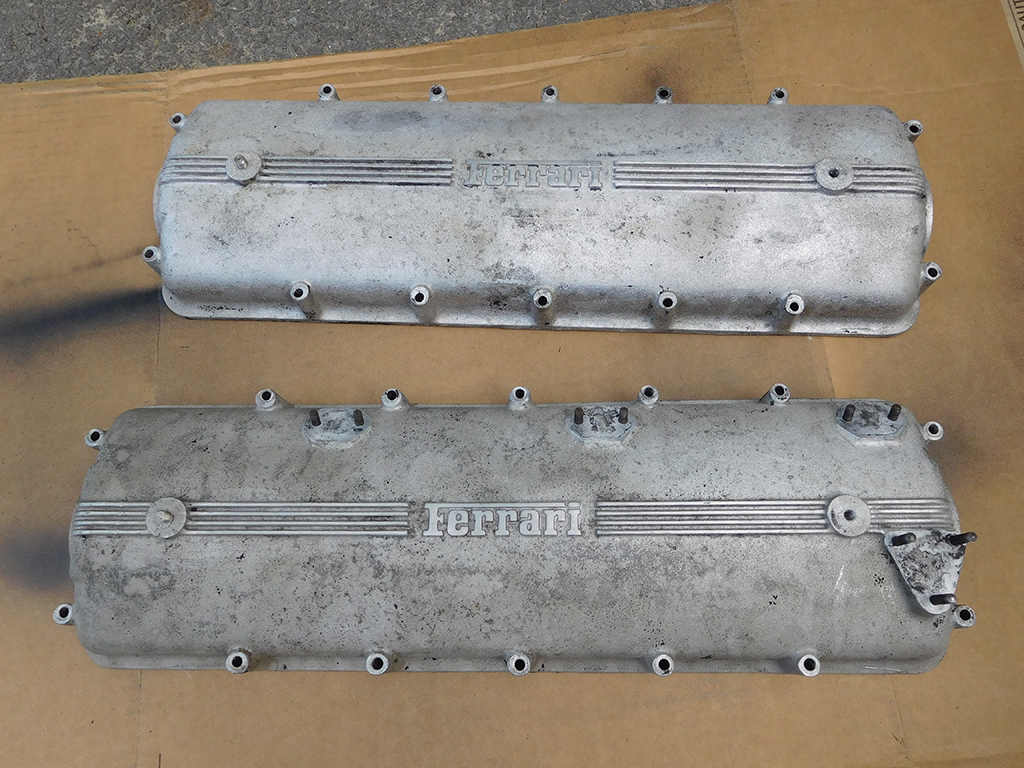 The first step was to scrape the loose stuff off, and take the rest of the paint off with a chemical stripper. 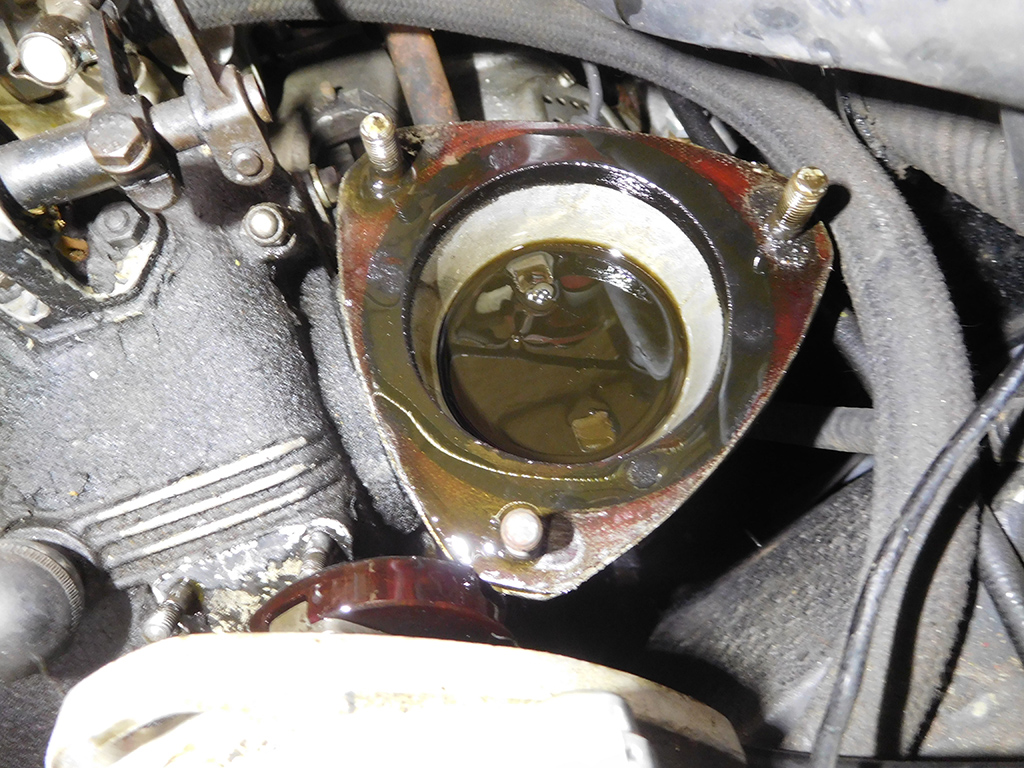 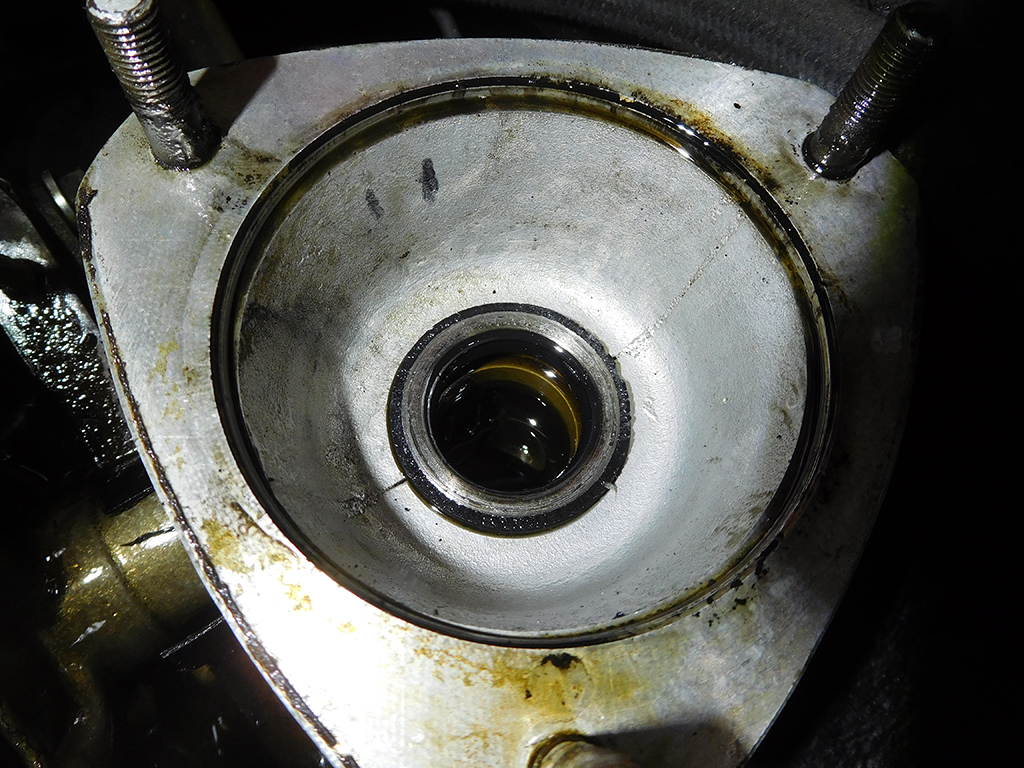 The oil seal at the bottom of the housing failed and needed to be changed. It looks like it was sitting a little high and was being worn away by the distributor drive. 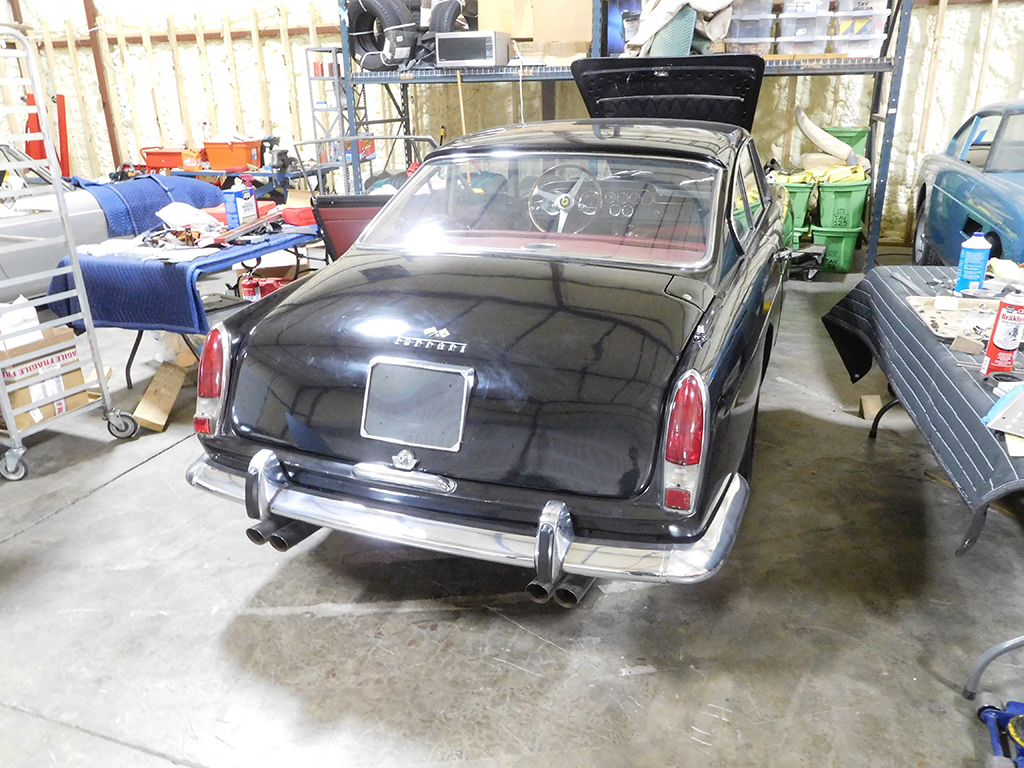 One thing I noticed on this car was a bearing noise coming from the transmission. It was speed dependent, and got louder the faster I drove. I was not happy about this noise, and talked it over with the owner. We as mechanics are always asked, “how bad is it?,” or “how long can it go before necessary repairs?” The answer is not easy to give because we all know a noisy bearing can last for years, or break the next time you drive it. If it’s a small noise, we can see if it gets worse, but this one was pretty bad. I decided to investigate further to see what I could find. 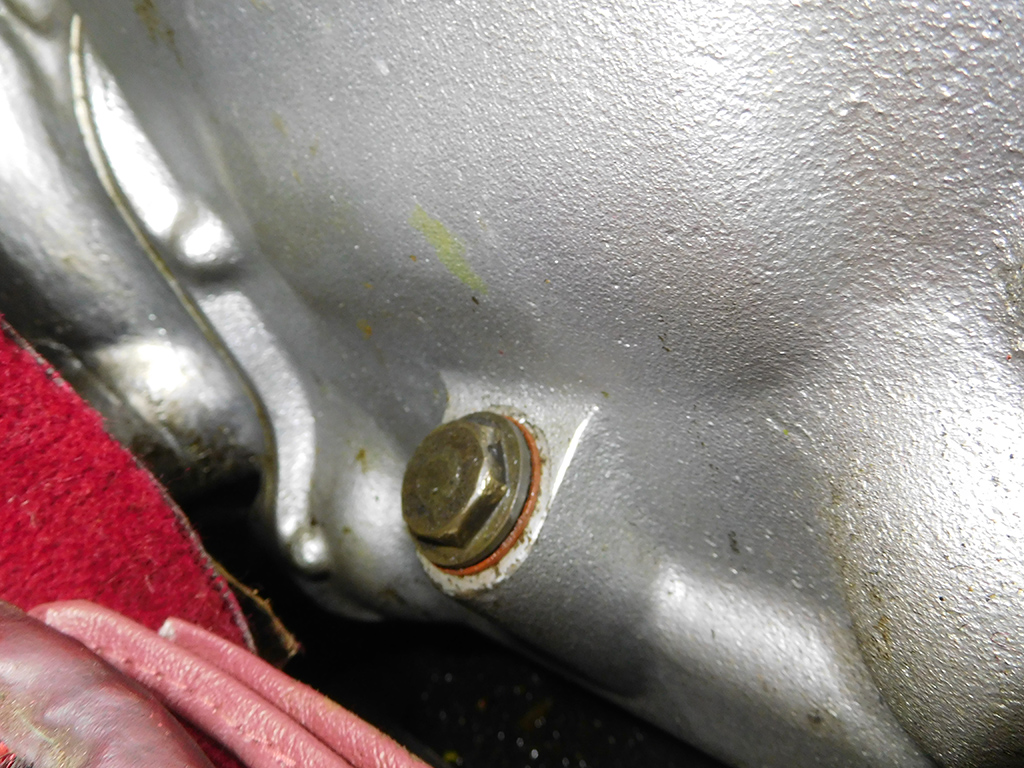 I knew on my test drives the overdrive was not engaging, so I needed to get to the transmission to see what was going on and check some basic items. I’m always trying the simple repairs first, so I checked the oil level on the gearbox. Low oil level can cause this noise, but there was plenty of gear oil inside the main portion of the box. 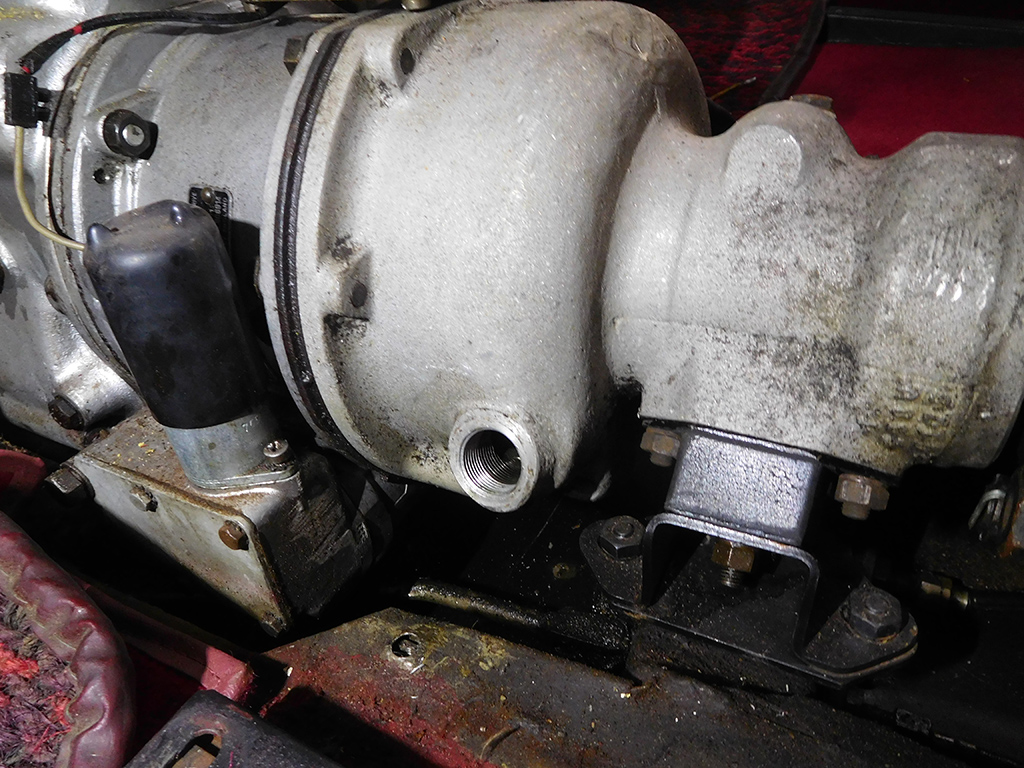 Ferrari 250GTEs have a Laycock hydraulic/electric overdrive to give these cars a 5th gear. It’s attached to the rear of the Ferrari transmission and is operated with an electric switch on the steering column. When the switch is engaged, a solenoid actuates a lever that allows hydraulic pressure to engage the overdrive gear. Early 250 cars had overdrives that  shared gear oil with the rest of the transmission, but later cars had separated the oil compartments. This late 250GTE had the separate oil compartment with a second oil plug on the transmission. 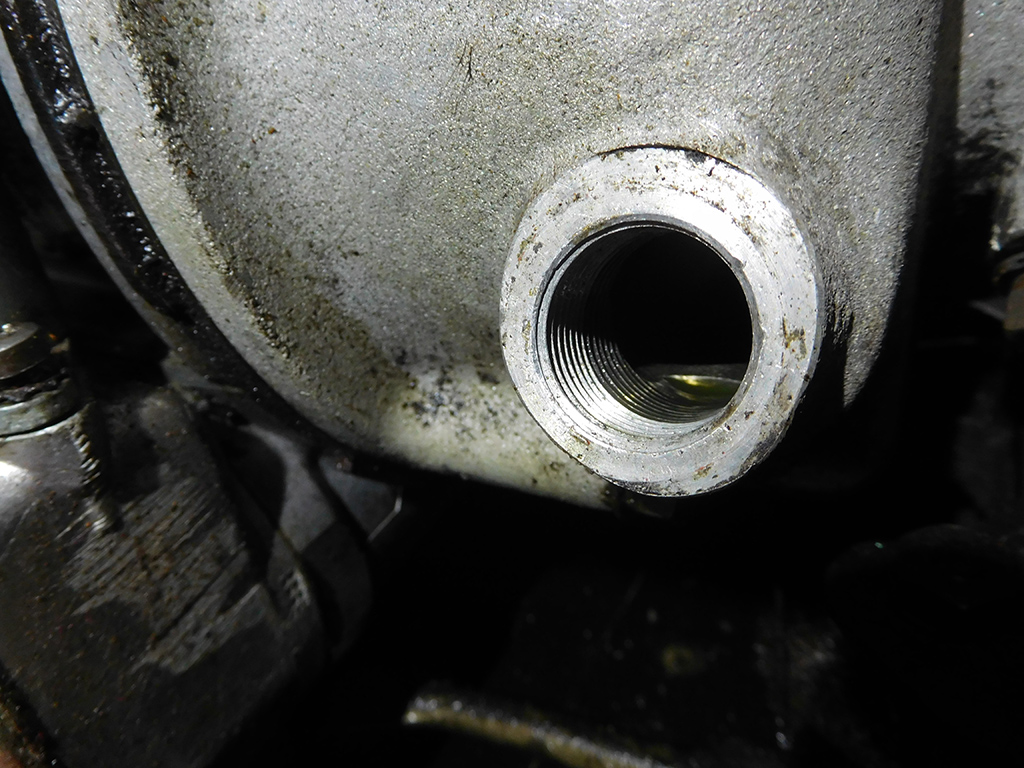 When I took out the plug, I found it bone dry! I immediately started running the scenarios in my head what kind of damage could happen if this overdrive unit was run without oil. Nothing mechanical likes to run without lubrication, especially a gearbox! I ran down to the parts store and bought a quart of 30 weight non-detergent motor oil (the correct type and weight for these units) and filled the overdrive hoping it would magically start working but no luck. 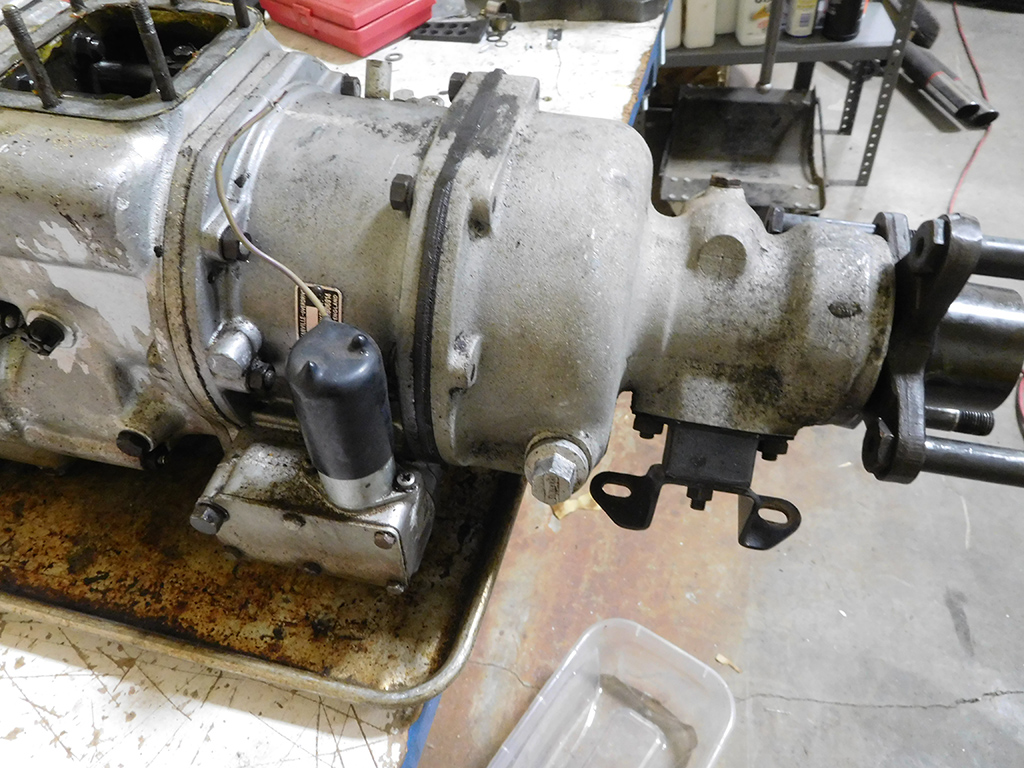 We decided the best plan of attack was to pull the transmission and send the overdrive out for inspection. I spoke to my overdrive specialist and he’ll check the bearings, seals, and clutches inside. Without oil, the overdrive couldn’t engage, so hopefully the planetary gears and bearings will be safe from damage, but I’m more concerned about the oil pump and associated drive pieces that ran dry for so long.

I’ll inspect the rest of the transmission to see if there are any other noisy bearings and try to sort this noise out once and for all!