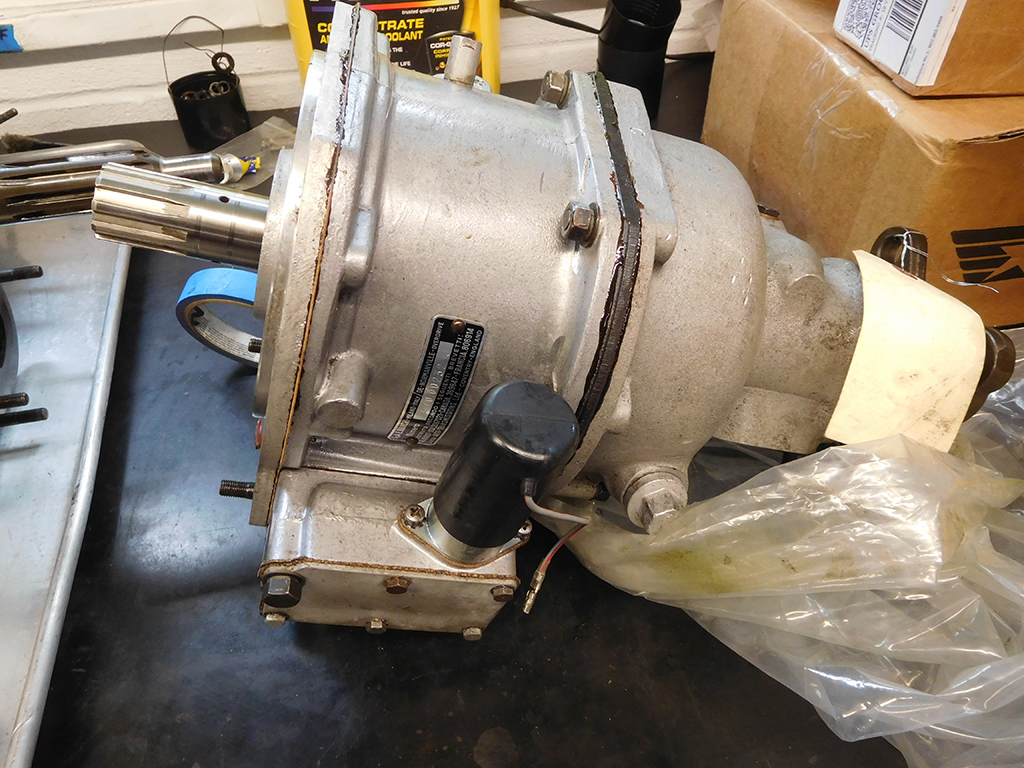 The overdrive is back from the rebuilder. I sent it out last week after finding it empty of gear oil and making a lot of noise when I drove the car. Quantum Mechanics in Connecticut has been rebuilding my overdrives for years and managed to turn around the unit pretty quickly. 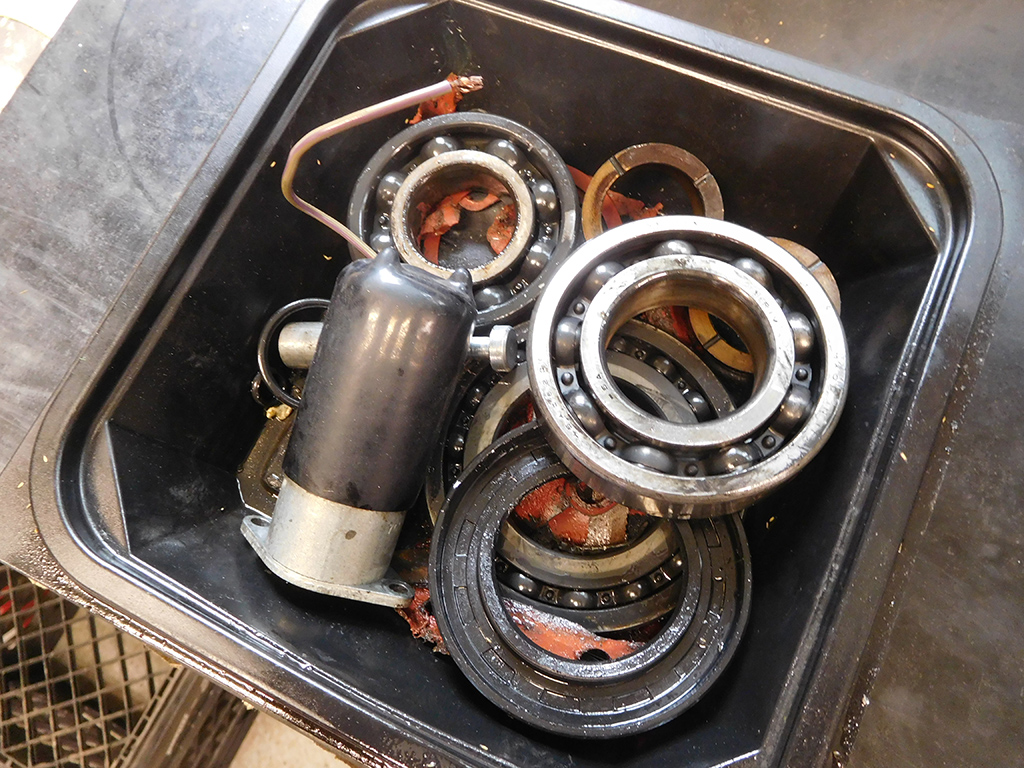 Along with the rebuilt overdrive, I got a box of worn parts and seals. It looks like there was oil in the overdrive at one time, but slowly leaked out to the point where there wasn’t enough oil to pressurized the system to engage the overdrive gears. This was actually a saving grace because even more damage could have been done had the overdrive engaged without oil. 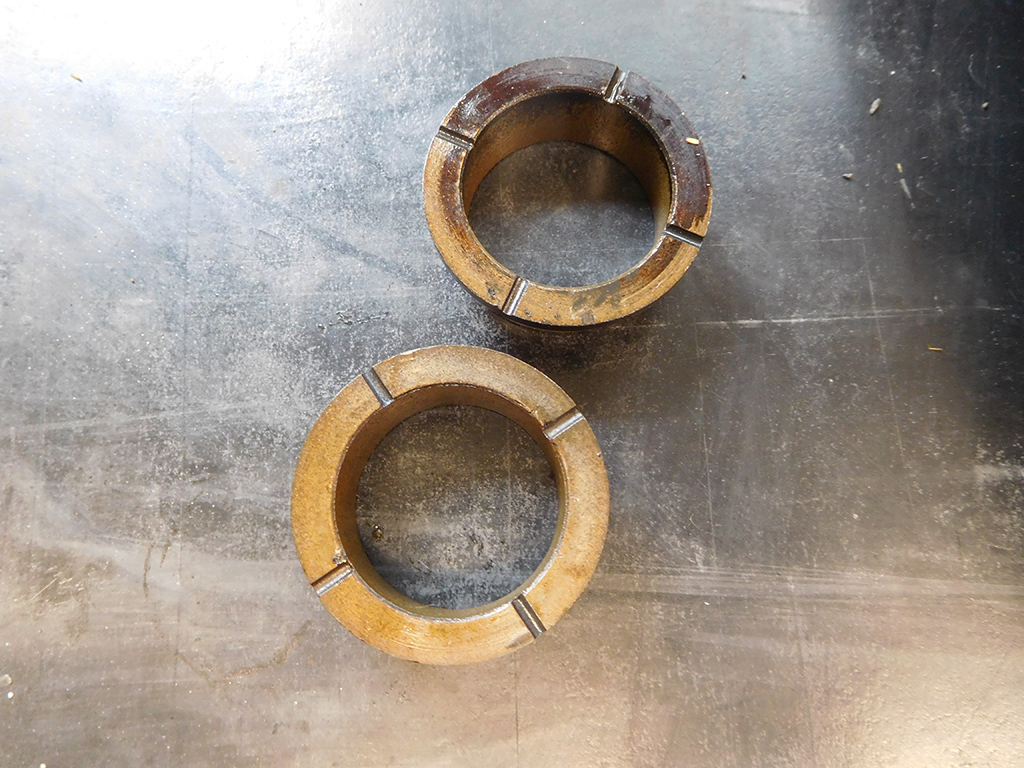 There was still plenty of damage inflicted on this overdrive by running it without oil. Two bronze bushings had heated up and worn so much that they deformed from the stress. New oversized bushings were pressed into place to repair the damage. All the bearings and seals were replaced along with the clutch cone for the overdrive so this unit should run as good as new.

Speaking to John at Quantum Mechanics about the overdrives, he suggested changing the oil in these units once every two years.  I have to admit, I have gone much longer but he explained that the cases are vented, so moisture can get into the unit and degrade the oil. It doesn’t help that the fill plug is hard to reach and easily missed. I guess I’ll have to start paying closer attention to these units, and make sure they don’t leak out all their oil! 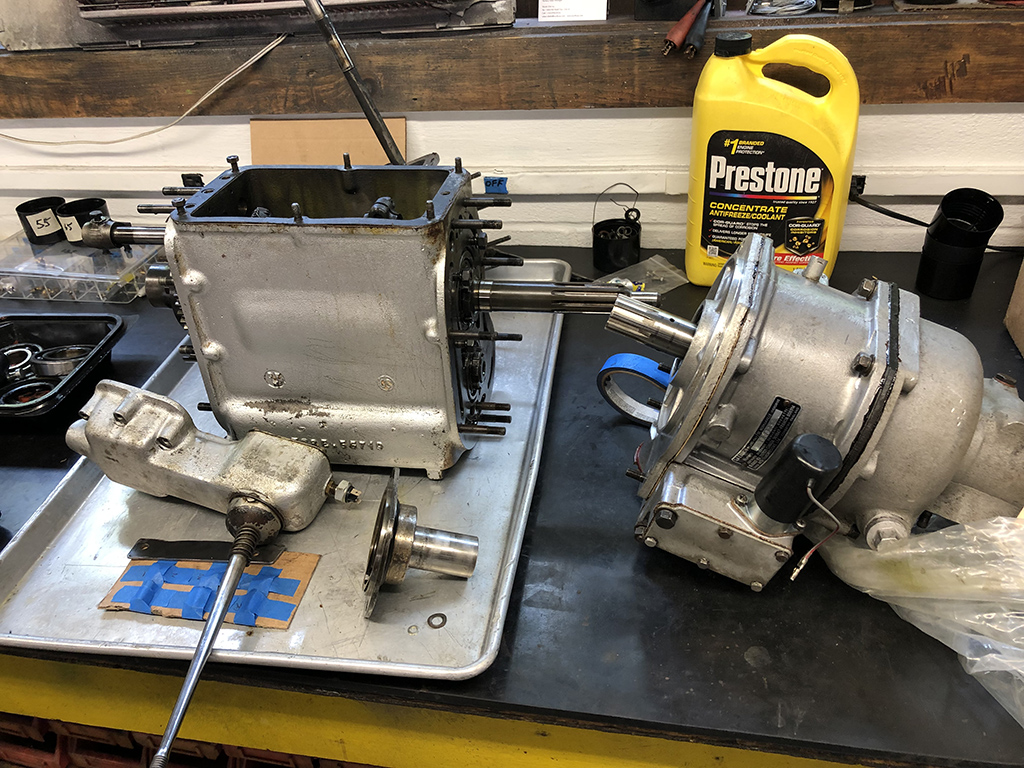 Francois and I inspected the Ferrari gear box of transmission and found it working pretty will without noise or play. This portion of the transmission had gear oil in a separate case, so we didn’t see a reason to disassemble it for now. When I drove the car last week, I found the transmission shifted well, so all the noise was coming from the damaged overdrive. I ordered some new seals and will be mating the overdrive with the transmission next week. 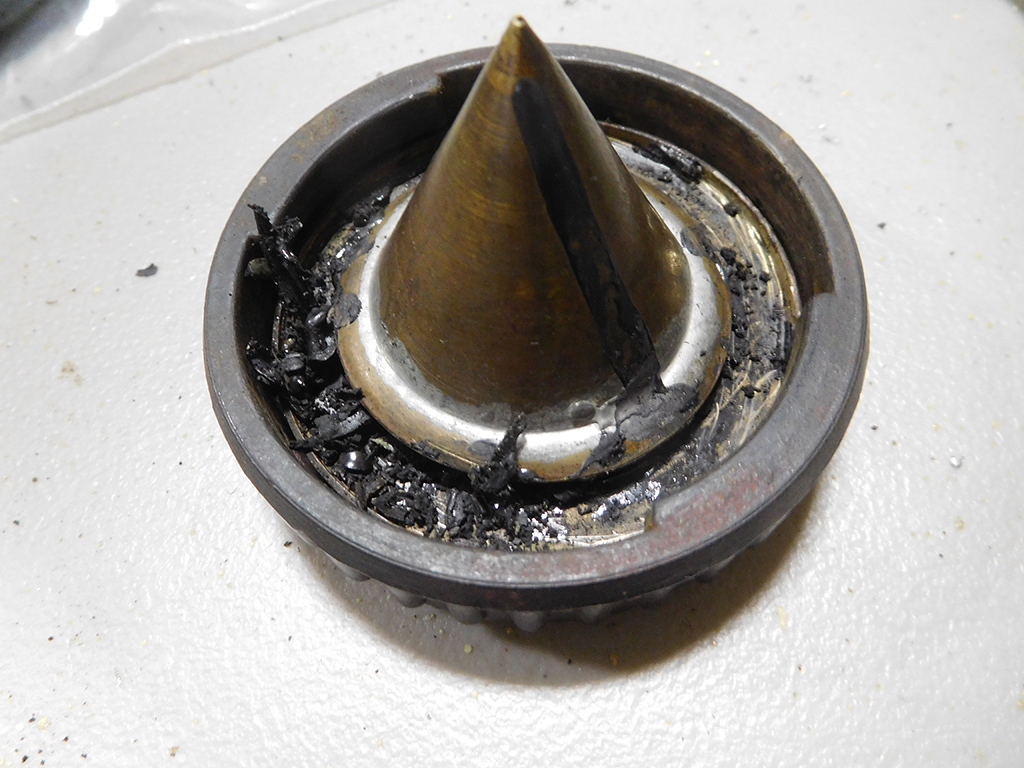 This GTE is largely original and unrestored, so there were some items I wanted to check and repair before sending the car out to the new owner. One of these parts was the fuel cap. As I suspected, the rubber seal was reacting to the fuel and literally dissolving. 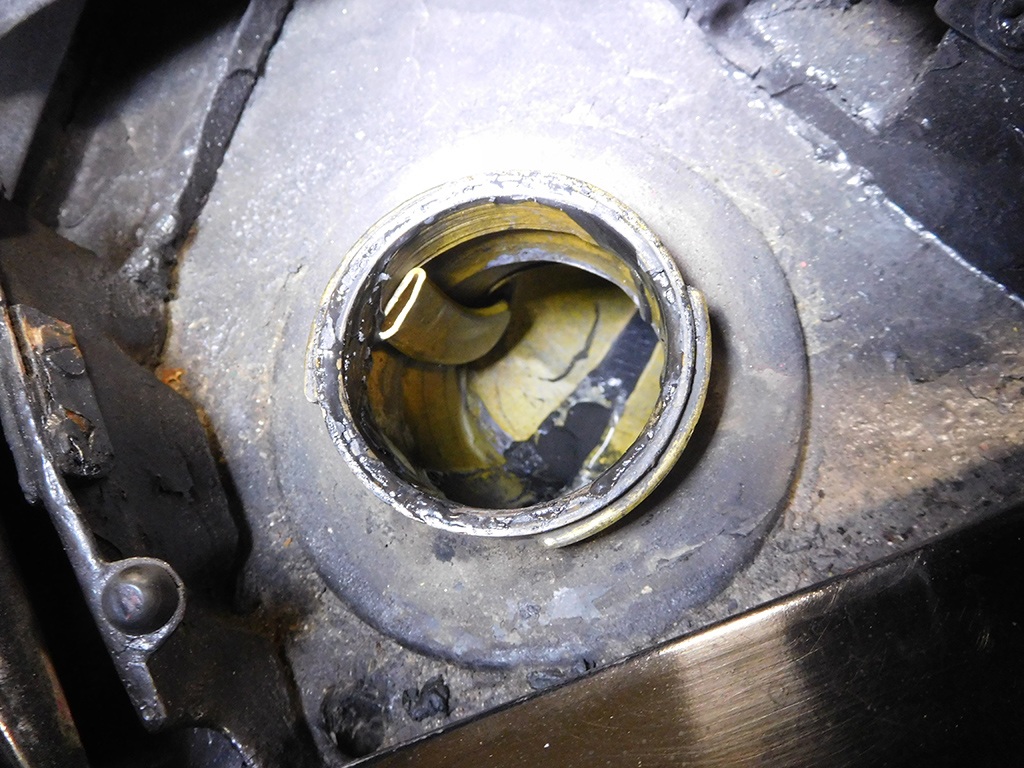 A trail of melted rubber could be seen dripping into the fuel filler neck and had the consistency of tar. I cleaned up as much as I could reach and scraped off what I could inside the gas cap to replace the gasket. 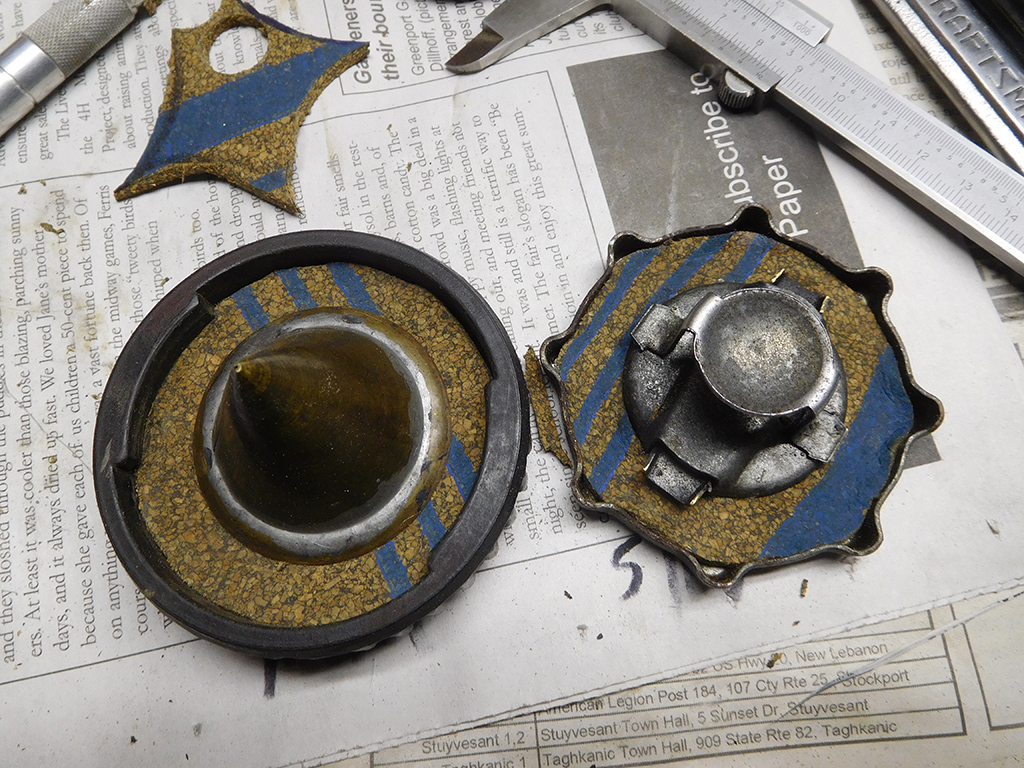 I replaced the gas cap gasket with a fuel safe cork gasket. This material shouldn’t react to any type of fuel we use today, and while I was at it, I made a new gasket for the brake reservoir cap as well.