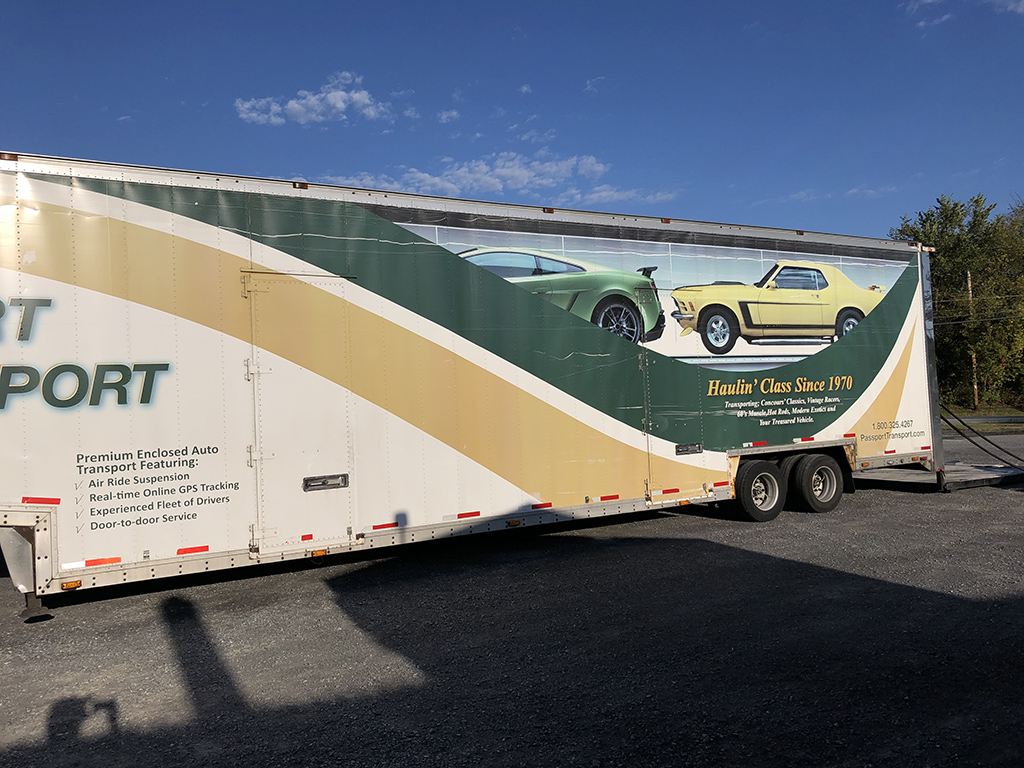 When the Passport truck arrives at my shop, it’s always exciting to unload a car. This time the car was a little different that my usual Vintage Ferrari. 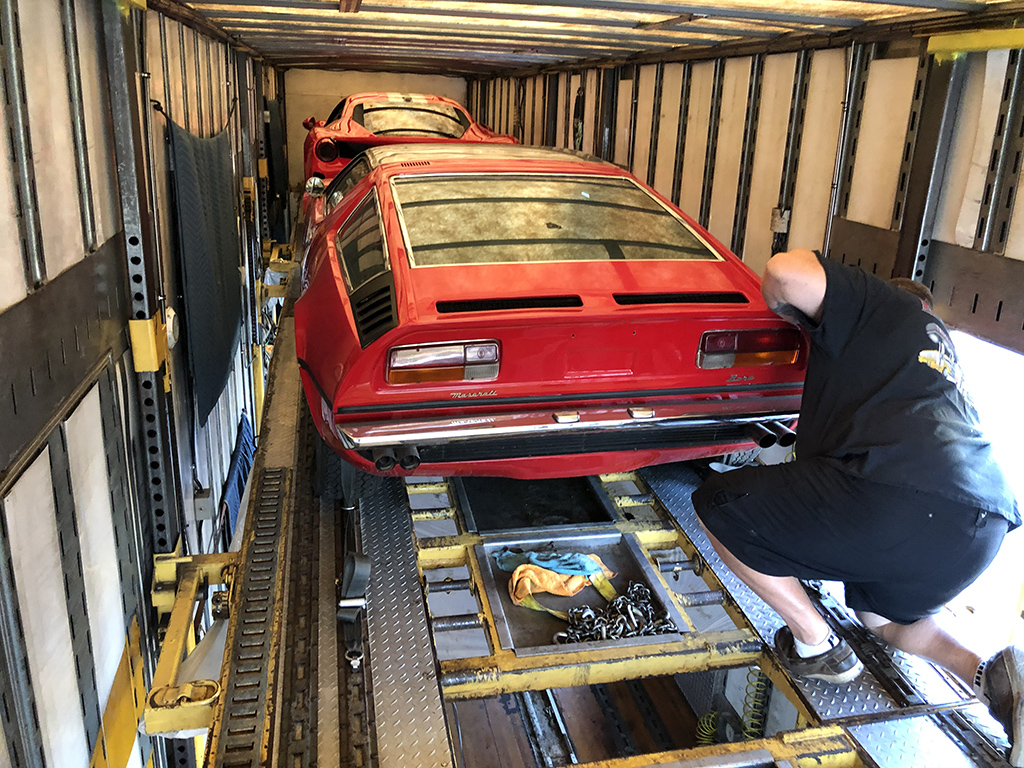 I always try my best to help the truck drivers unload the cars because I know they can often have a difficult job handling priceless cars with over anxious customers. Before I could receive the car I was expecting, we had to first move a non-running Maserati Bora from the top deck. Not only was it not running, but the brakes didn’t work either. I had a small “pucker moment” when the car was rolling back and the brake pedal went to the floor. Kevin had me covered with a strategically placed wheel chock, but I also managed to grab the parking brake that actually worked! 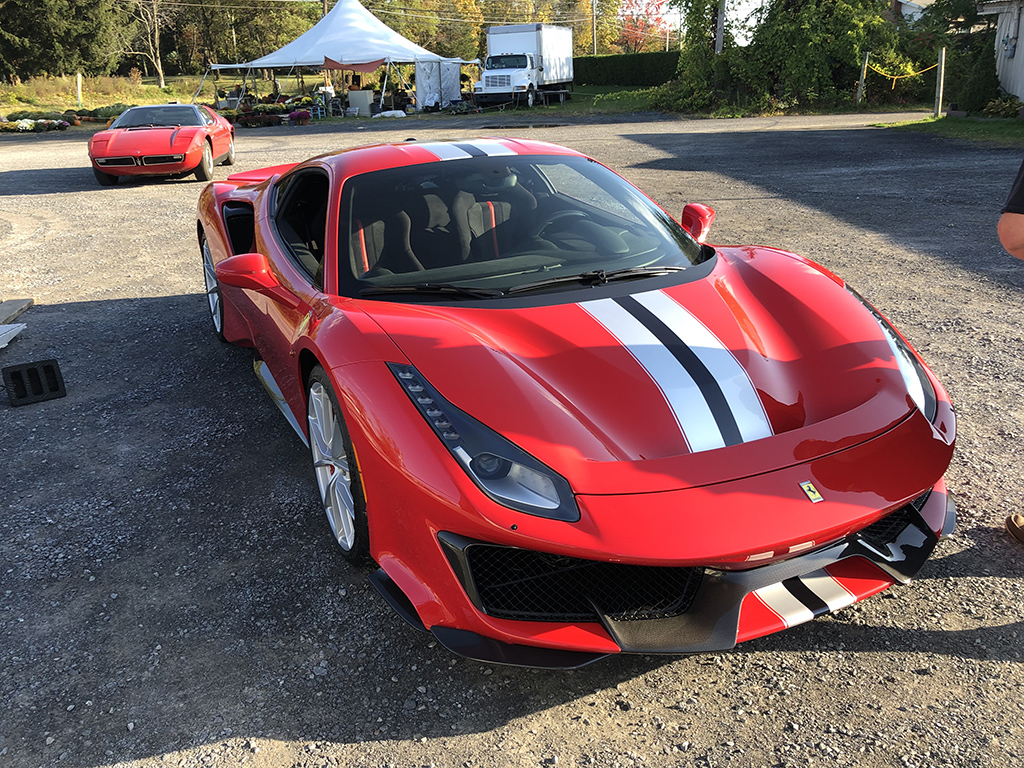 With the Bora out of the way, I had Kevin move the next car out of the truck. No, there wasn’t a mistake. I was getting this 2019 Ferrari 488 Pista delivered to my shop. A customer of mine bought it and asked if he could store it with me for a month or so. I told him that would be fine as long as I didn’t have to work on it! 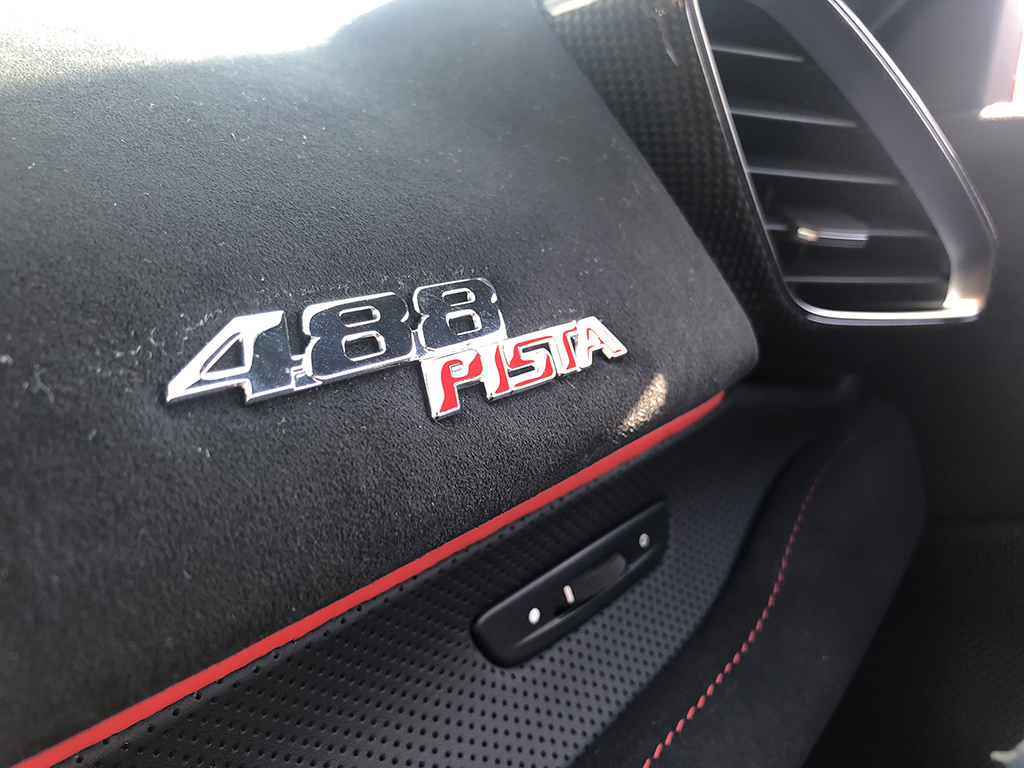 I’ve driven a few newer Ferraris, but this one is the most recent “must have” Ferrari people are talking about. It’s got a twin turbo 700 HP V-8, o-60 in 2.8 seconds, and pretty advanced technology for a street car. 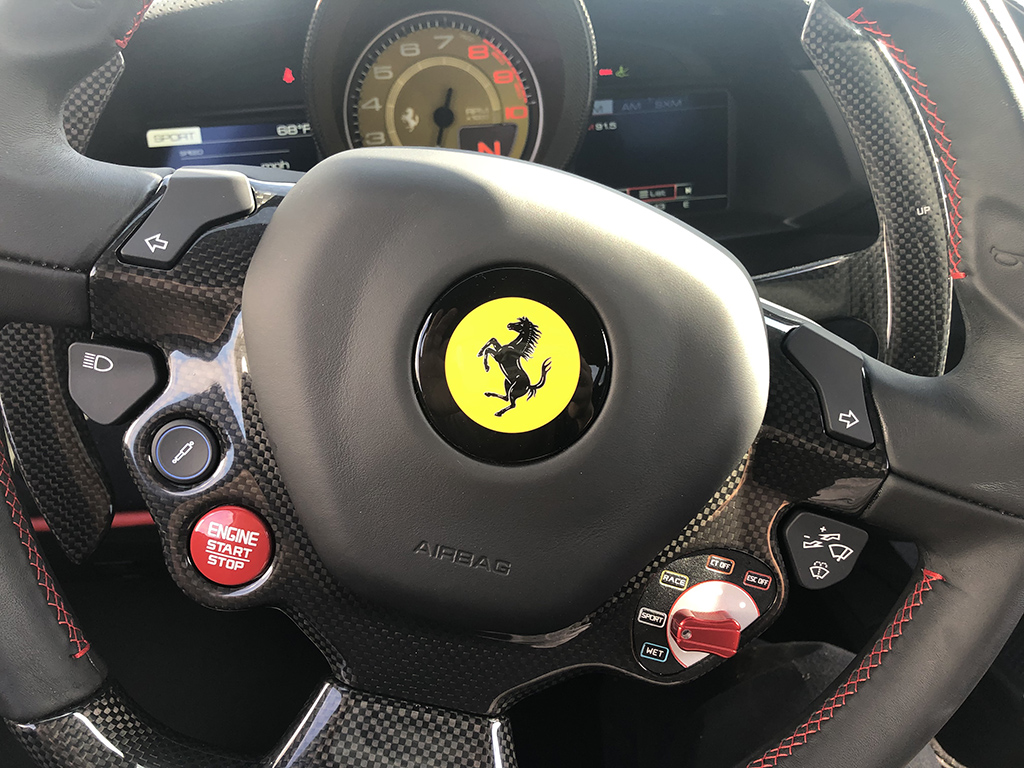 All I needed to do was move it into the building, so figuring out all the switches and buttons would have to wait for another day. The most important switch today was the suspension switch to raise the car high enough to clear the driveway! 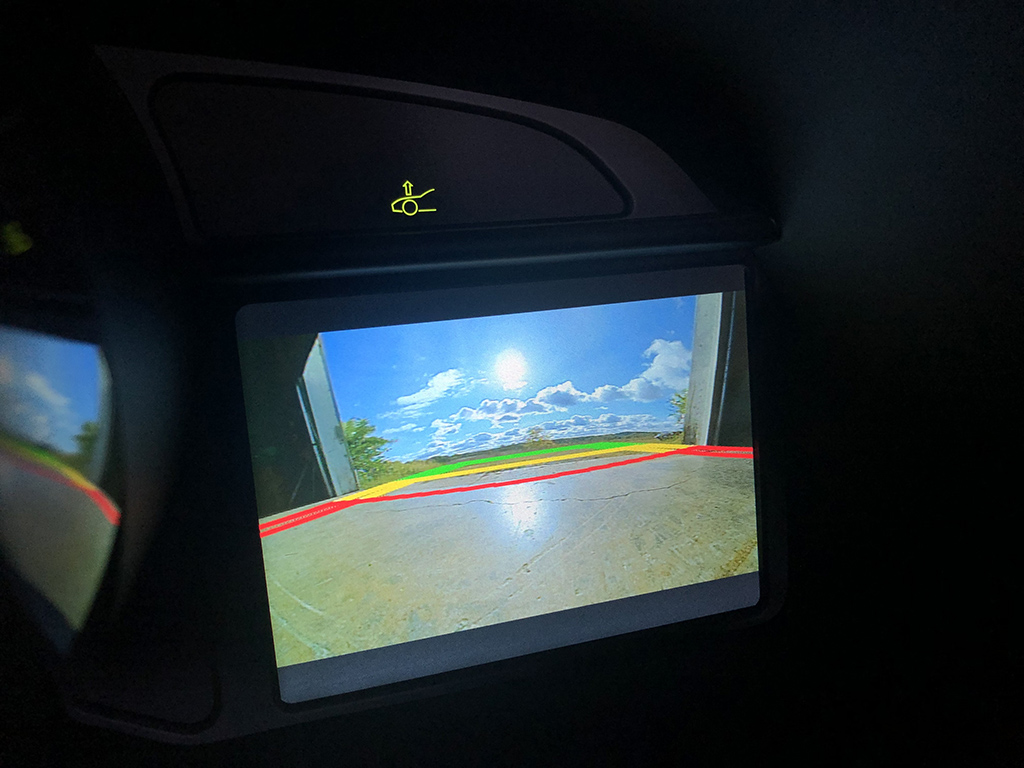 Just driving the car into my building already showed me some funny quirks about these modern Ferraris. Although there is a back up camera, the car is so low that the angle the camera shoots barely shows you much of the rear view! I guess Ferrari is keeping the tradition of asking “why would you need to know who is behind you in a Ferrari!?” 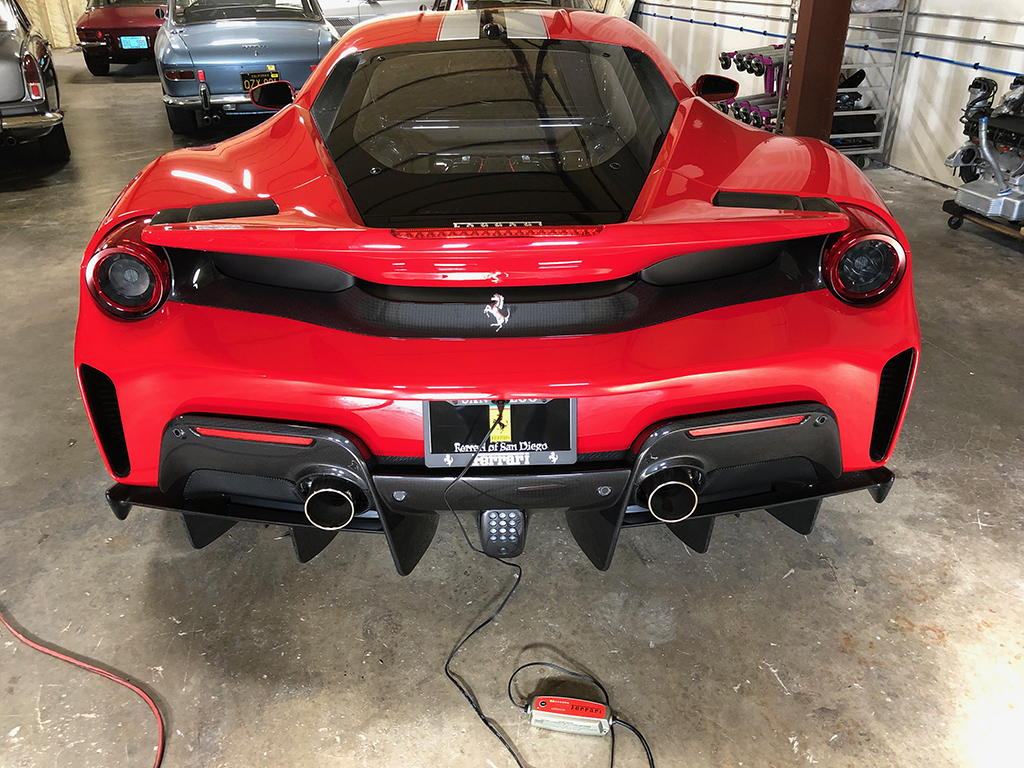 The second most important thing I needed to find on this car was where to charge the battery! There’s a special magnetic port to plug in the trickle charger much like you would a laptop. 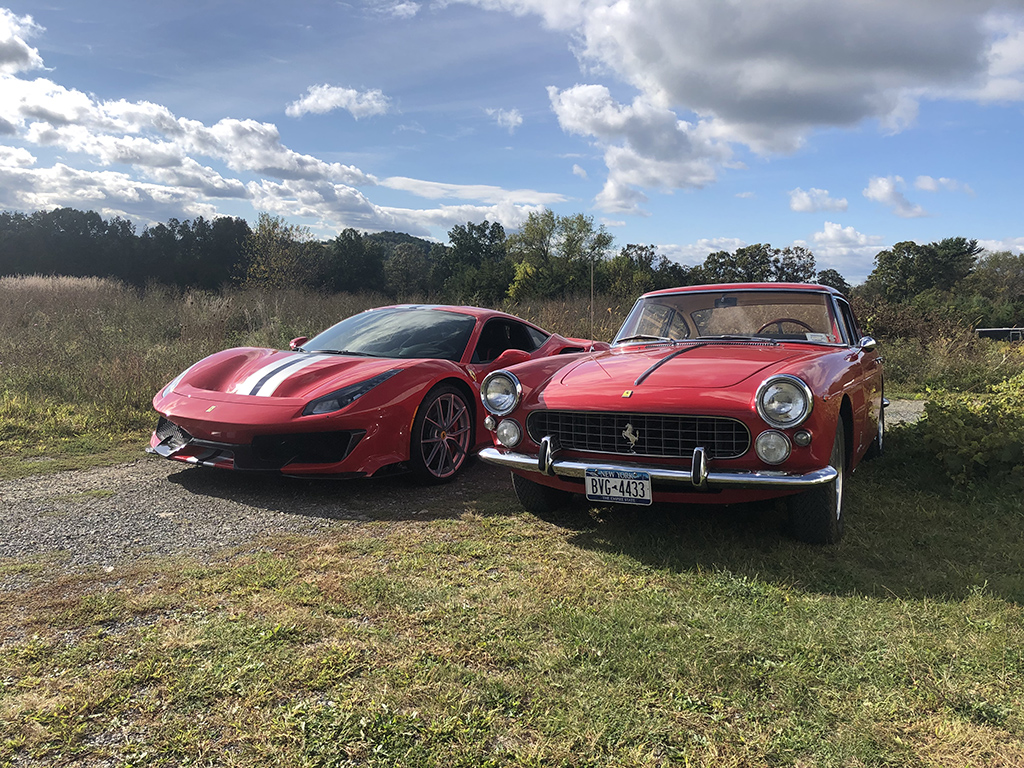 Over 50 years of time between these two cars. I really like the Pista, but I guess I’m still a Vintage kind of guy!