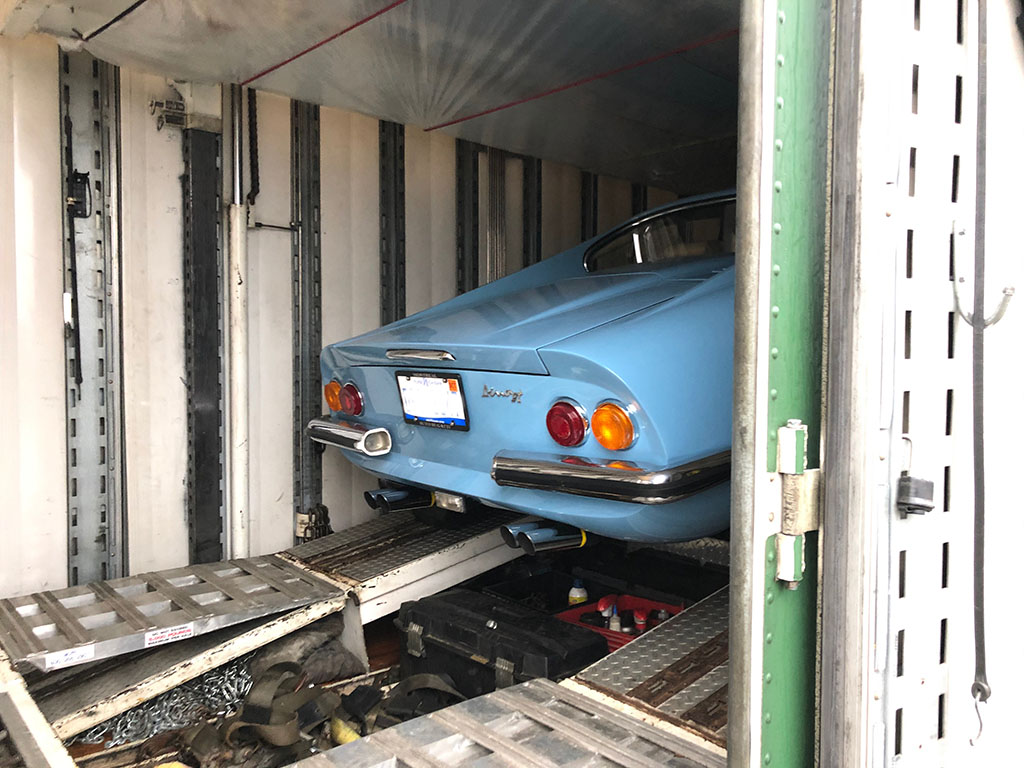 Passport dropped a car off at my shop a few weeks ago and it was a new customer with a new car. 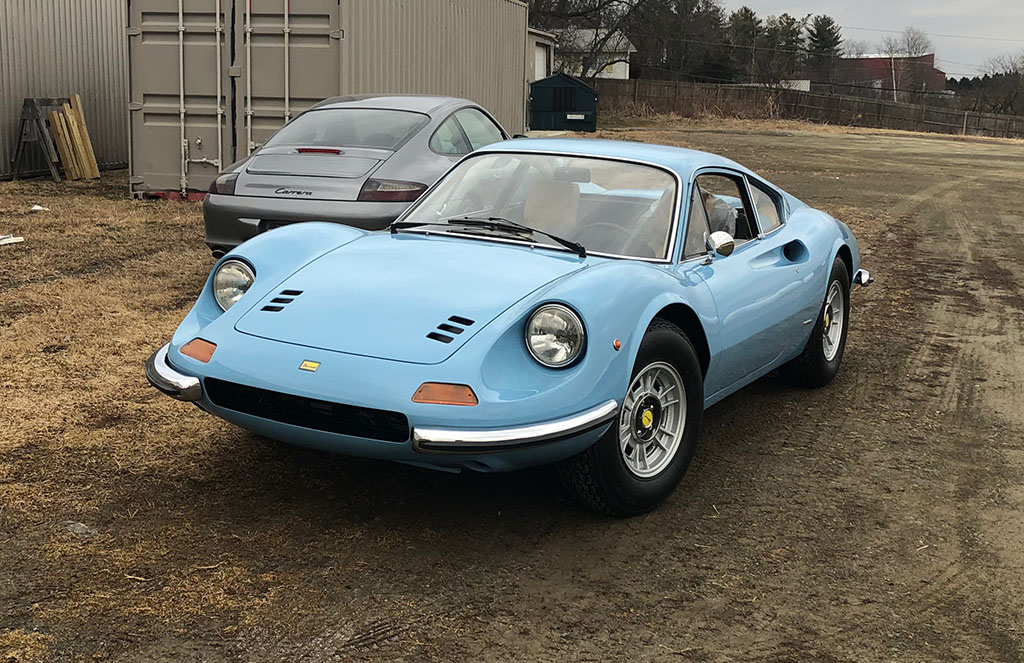 It was a Euro Spec Dino that had recently had a lot of work done from paint work, engine work, and interior work. It was a cute car and I was looking forward to sorting out some of the issues to get this car near perfect. 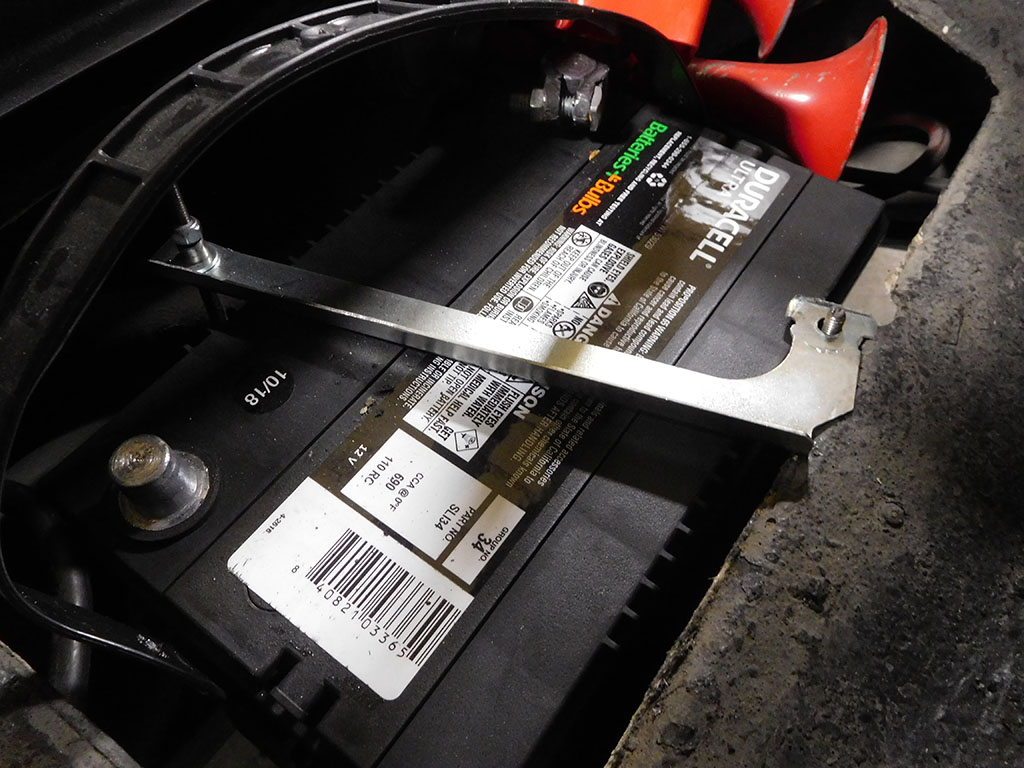 Dinos store their batteries in the front of the car under a spare tire and a cover, and it’s a real pain in the butt to disconnected the battery because everything has to come out to access the battery. After removing the tire, I found a hold down bracket that looked like it was a piece of steel laying around the previous shop was put into service as the hold down. I had the correct steel and pattern to make a correct hold down, and it was added to my list of “to-dos.” 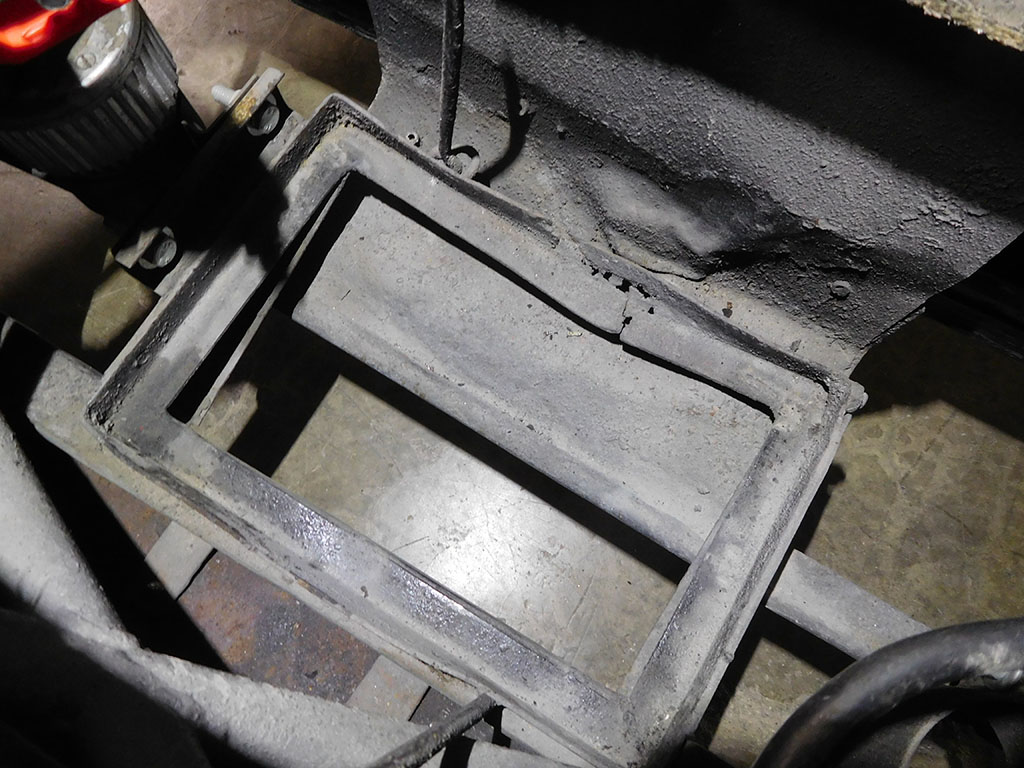 With the battery removed, I also found the lower battery tray was rotten. It was still strong enough to hold the battery, but one side of the steel frame had rotted away from either a previous battery acid leak, or simple exposure. 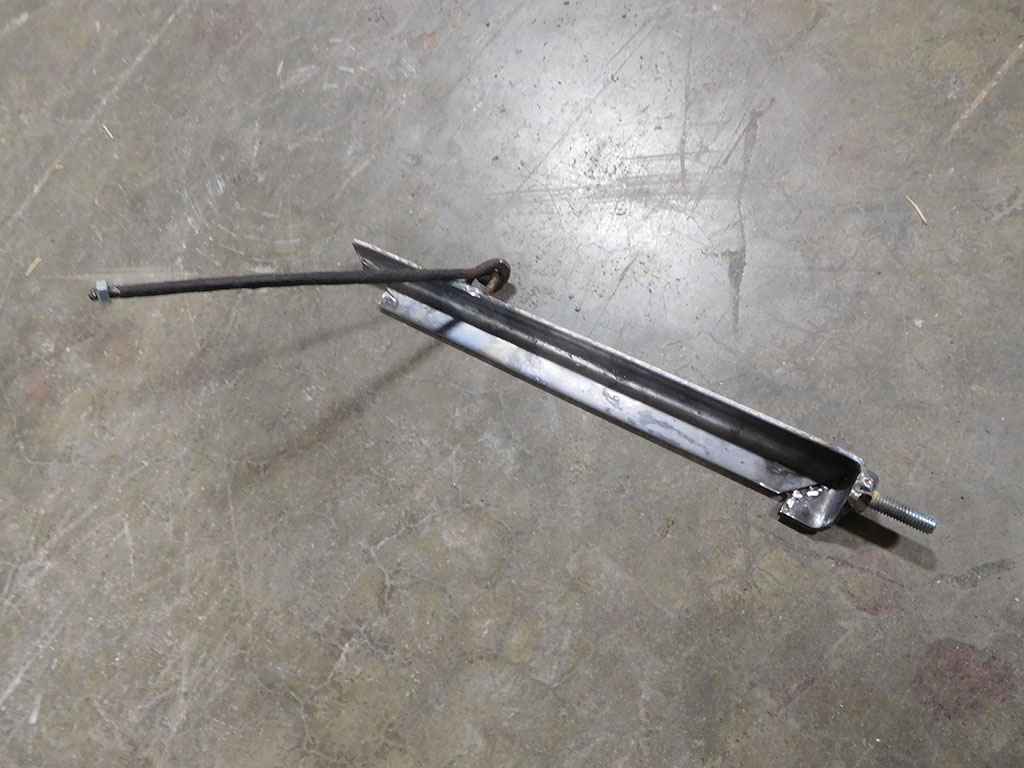 I cut out out the rotted pieces, transferred the original parts to a fabricated lower frame and welded it in place. After returning the battery area to it’s original configuration, I added a bracket for a battery cut off switch. It’s not obvious to the casual observer, but is easily accessible when the hood is opened, and won’t need to have the spare removed. 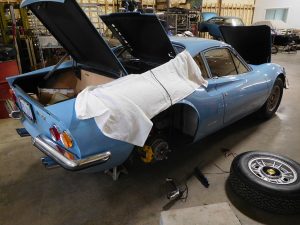 Now that the battery issue is fixed, I can move onto the ignition system. This car has a misfire at around 3-4K rpm, and I need to methodically check where the source of the problem. Most everything was new from the previous shop, but they were not able to solve the misfire. Now it’s my turn. First step? Remove the right rear inner fender to check the timing!