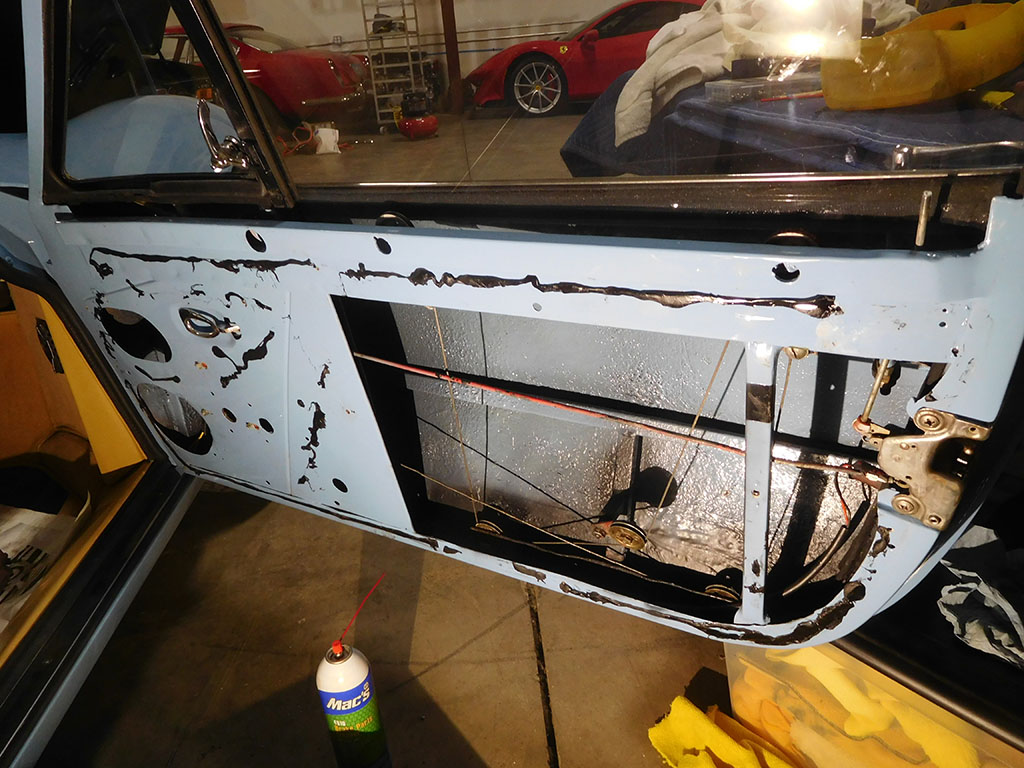 I’ve been working on a pair of Dino windows trying to speed up their operation. Slow window operation is pretty embarrassing on a Ferrari, like when you’re with a group of friends, and you’re trying to lower your window to say “bye” and  you have to wait for the window to go down!…or worse, half way up the fuse blows, and you’re stuck for the rest of the day with the window half up and you can’t find your emergency manual window crank! 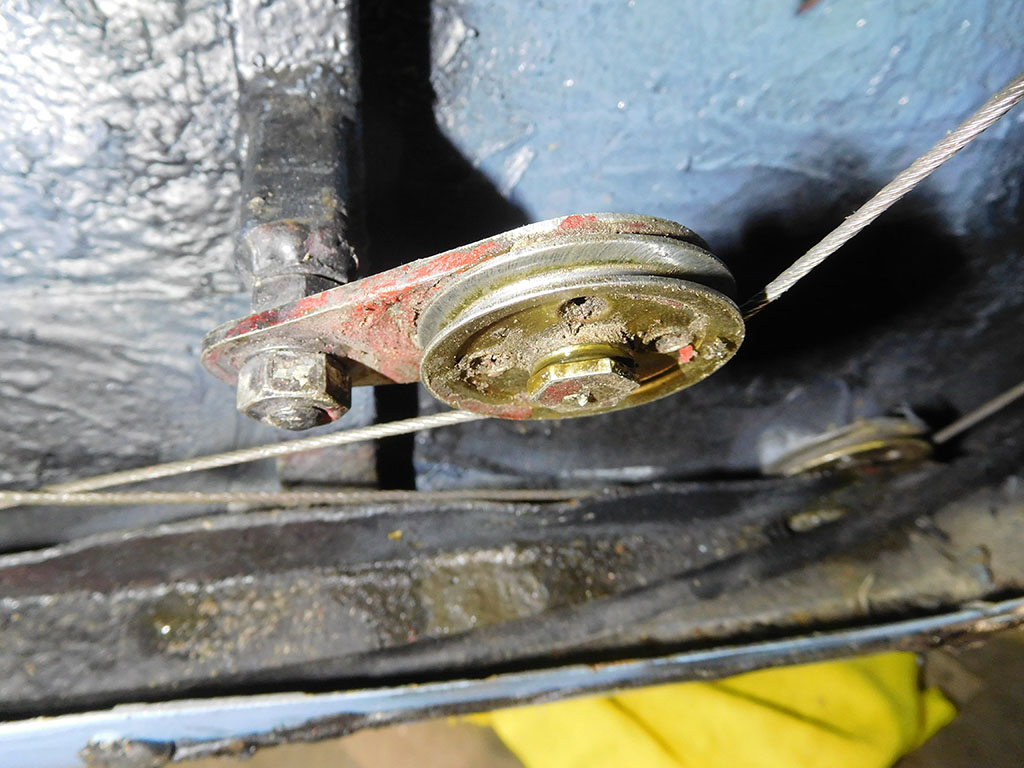 There a bunch of factors make for slow windows and they all add up to making the windows move so slowly. I often disconnect the windows from the cable system to see how well the mechanism works without the weight of the window. From there, you can eliminate or improve each part that is causing drag on the mechanism. This car had been recently painted, and from the amount of body sanding dust on all the interior surfaces of the door, I could see one of the problems. The pulleys that guide the cable mechanisms were all gummed up with dust and dirt, and each one was adding to the friction the motors had to overcome. For the ones I could remove, I cleaned and greased, for the ones permanently installed, I sprayed out the dirt as best as I could with solvent, and forced oil into the pivots. 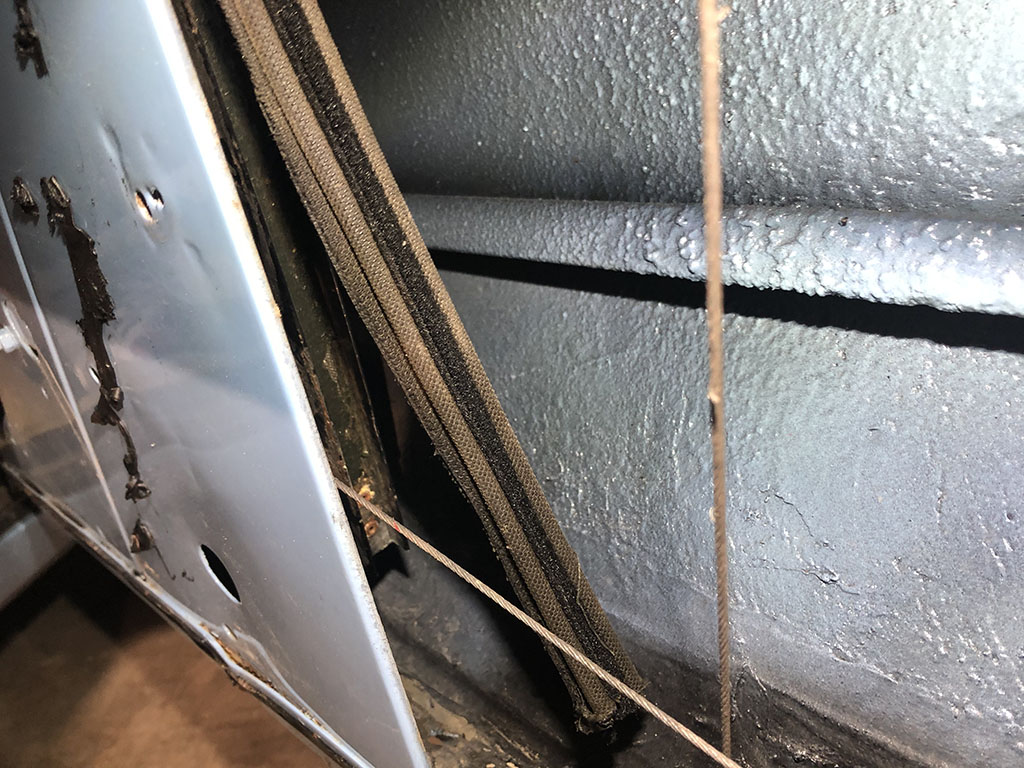 Another area of friction was the new window felts that the window glass sat in. Some of the felts were not properly glued in place and had become dislodged. If you look closer, the gap the window was riding in was pretty narrow and wasn’t allowing the window to glide in the felt. This gap has to widened when the felt was installed, seated in the window channel, and glued in place.  Every time the window was lowered, not only did it have to overcome the friction of the felts, but it also had to push the felt back into the channel. I managed to glue the felt in place and force my special tool to widen the gap in the felt to allow the window to move a little more freely without removing the window frame. 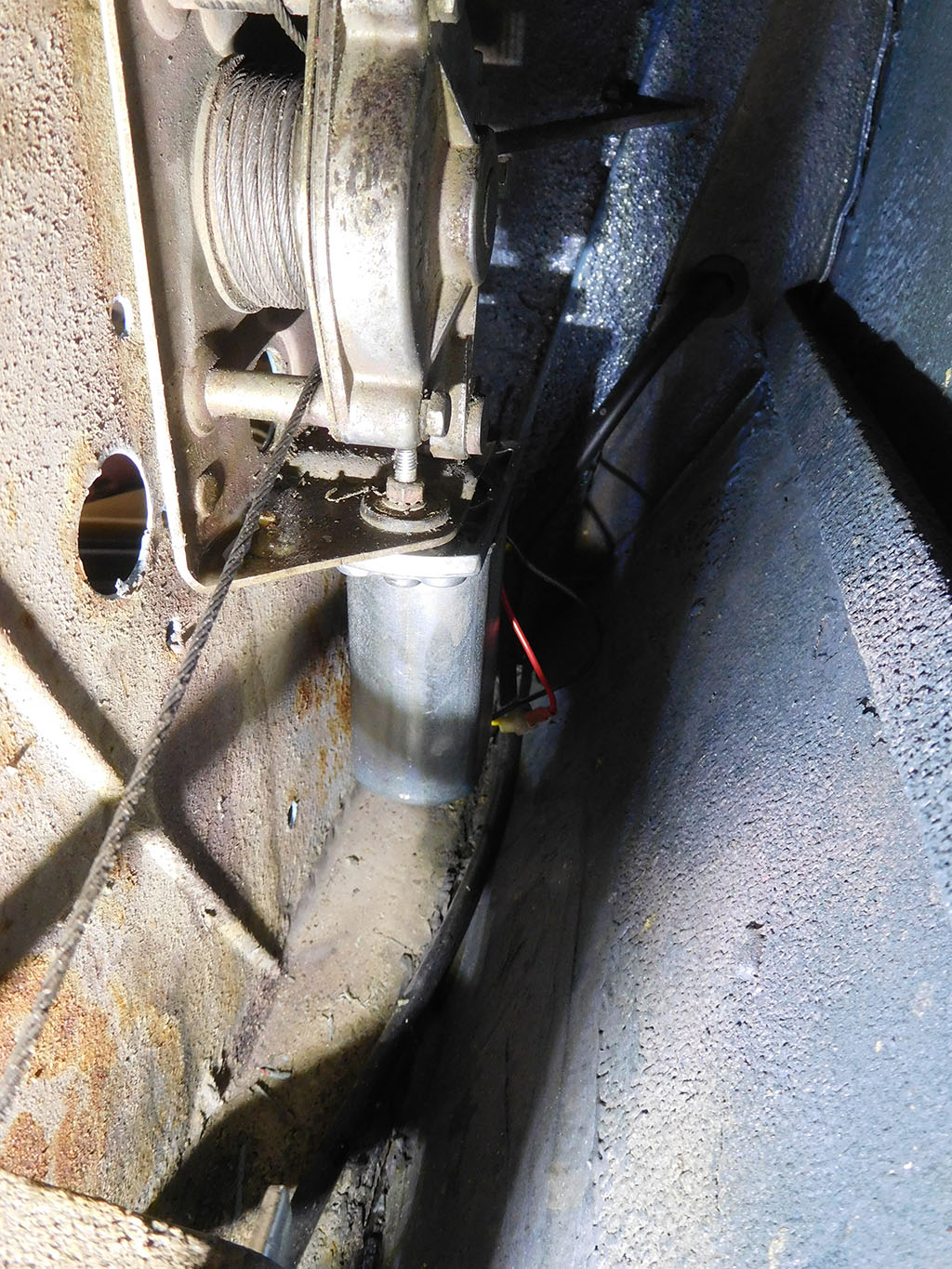 With everything apart, I changed the window motors too. After over 40 years of service, and straining against the stiff mechanisms, I’m sure the original motors were a little tired. With everything cleaned up, greased, and working correctly, we have working windows that will no longer be embarrassing!