I finally made plans to drive my car since the MSD ignition upgrade. If you remember, I couldn't drive it and could only start the engine because my Borranis were not back from the polisher yet. I finally got the wheels back on Friday and decided I would go to the annual Woodley Park French and Italian car show. I spent Saturday getting the car ready and making it look shiney. I got up this morning and it was raining. Figures...We haven't had any real rain in So Cal in a year and this morning it decides it's time. Since I had just spent some pretty good dough to have my Borranis polished, I decided to leave my car in the garage and drive my DD over to the show (10 minutes from my house). We arrived around 9 am and by 10 am the the rain had stopped and the sun was shining. I went back home and got my car. I was anxious to drive it and see how it ran with the upgraded ignition sustem. The car ran like a raped ape. It has never run this good since I bought her. It started with ease, was quick and smooth thru all of the gears. I was excited! I'm convinced the car was only running on 9 cylinders. And I didn't even know it! It must have been the broken spring on the one set of points I replaced. Enjoy...

Hello Tom,
I enjoyed your car and took a picture of my daughter in front of it before I know it was yours. Did I hear your name announced as one of the winners?
Top

I seem to have mixed up the owner of the 2x2. Sorry.
Top

So I decided to leave the gold chains, cigars, trophy wife, and the Ferrari home
this year. I instead, opted to take my baby blue metallic Fiat 1200 Spyder.
The Fiat is an honest car, no pretenses, no airs of arrogance. The car ran
like a little sewing machine and I trundled off to the show. Once there, it was
well received. The Fiat club members took kindly to my car and actually bestowed
a Runner Up award, to my surprise. It was a grateful moment.

A car show would just not be the same without Tom Shaughnessy there.
Despite his best efforts to avoid me, I ran into him. Having scoured all
the good parts already, I knew that I would be wasting my time looking
for any. As a team player in the anti Ferrari day, Tom brought a very
handsome and award winning Maserati 5000. The car exudes machismo,
and brute quality. A nice beast indeed.

The field had a very interesting mix of cars. Two of my favorites
were the Fiat 8V (Otto Vu) as pictured in GS's posting. Rare machines,
Big gauges, paper thin body work, they meant business in Italian
racing in their day.

Citroens, Renaults, Peugeots, Ferraris, Maseratis, Bizzarinis, Lancias,
Fiats, Facel Vegas, and two Bugattis adorned the field. There was an
overiding dominance of Alfa Romeos however, making me hark back to
the good times I had with my '73 GTV 2000. I need one again.

One of the Bugattis driven to the show was my mother's 1931 Type
40A. I was quite proud of her motoring spirit, that at 77 years young,
she wrangled this car from her home in Burbank to Woodley Park, the
site of the show and back. Good for her.

All in all, a wonderful experiece, that day!

Rudy van Daalen Wetters wrote:
One of the Bugattis driven to the show was my mother's 1931 Type
40A. I was quite proud of her motoring spirit, that at 77 years young,
she wrangled this car from her home in Burbank to Woodley Park, the
site of the show and back. Good for her.

I sure will give my mother your regards.

Sorry I missed you there! Great day.

Rudy van Daalen Wetters wrote: One of the Bugattis driven to the show was my mother's 1931 Type
40A. I was quite proud of her motoring spirit, that at 77 years young,
she wrangled this car from her home in Burbank to Woodley Park, the
site of the show and back. Good for her. 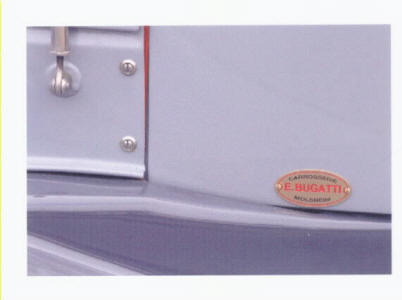 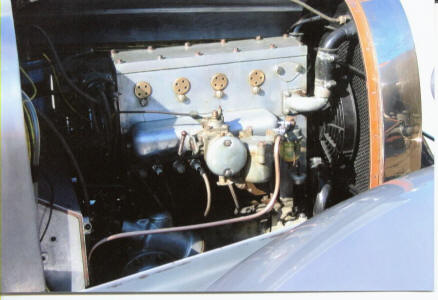 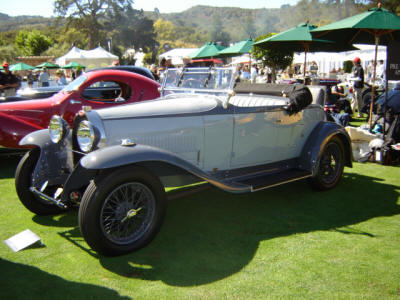 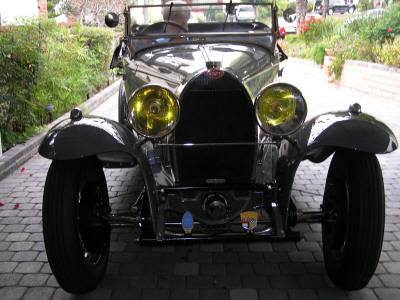 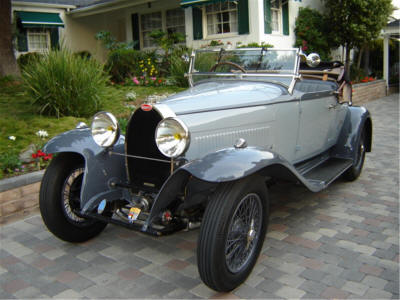 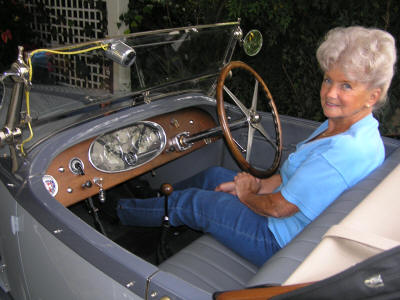 She's quite the motorist. My father first trained her to drive that very car
in 1960! As a youngster, I remember them driving off after dinner in the
summer time to practice. I think she had a good instructor, as he also
had taught cadets to fly Spitfire airplanes!