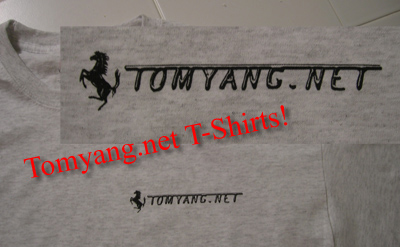 I recently attended a car show in Melbourne Australia, which where I
live.

At this car show was a brand new red 360 F1 edition Ferrari. During the show I continually stopped by and looked and stared at the beast of a car. Everytime I walked past, I noticed something different about this car and every time I walked off, I kept imagining what it would be like to drive.
The gentelmen who drove this Ferrari seemed to be very friendly and polite. I started talking to him and by the end of the show I was
hooked. I went home that night amazed at what I saw. The next day I went back to the show but this time I went at the end of the day hoping to get a glimpse and hear the bark of that red blooded Ferrari engine. The show was coming to an end and the officials were clearing up the show so they could go home. I stayed back and help my new found friend clean up his display. On cleaning up I asked the question "what would be the chance of going for a drive?" He said, "Jump in. I know you have been waiting all
nite to go for a drive."
I opened the passanger door and slid my bum into the tan leather seats. I was ready. My friend placed the key in the ignition and momentarly I felt like I was in heaven. As the spark from the ignition fired over, the 360 came alive in a high pitched rumble. A few quick taps on the acclerator seemed to fire up the engine. Just at this moment the entire crowd of what was left snapped their necks to the left and went for their cameras. I would be in everybody's shots. I felt like a star. Two taps foward on the gear paddles brought the car into netural. One tap on the right paddle found first gear. The car was ready for battle. Here in Australia the police don't like us rev heads very much so we had to slowly creep out of the venue and onto the road with out being noticed. This is pretty hard in a new 360 F1 edition Ferrari. The rest is history. The noise and the speed is somewhat powerful and can only be described as a feeling you never encounter in normal everday life. That was my first experience in a car that only dreams are made of.