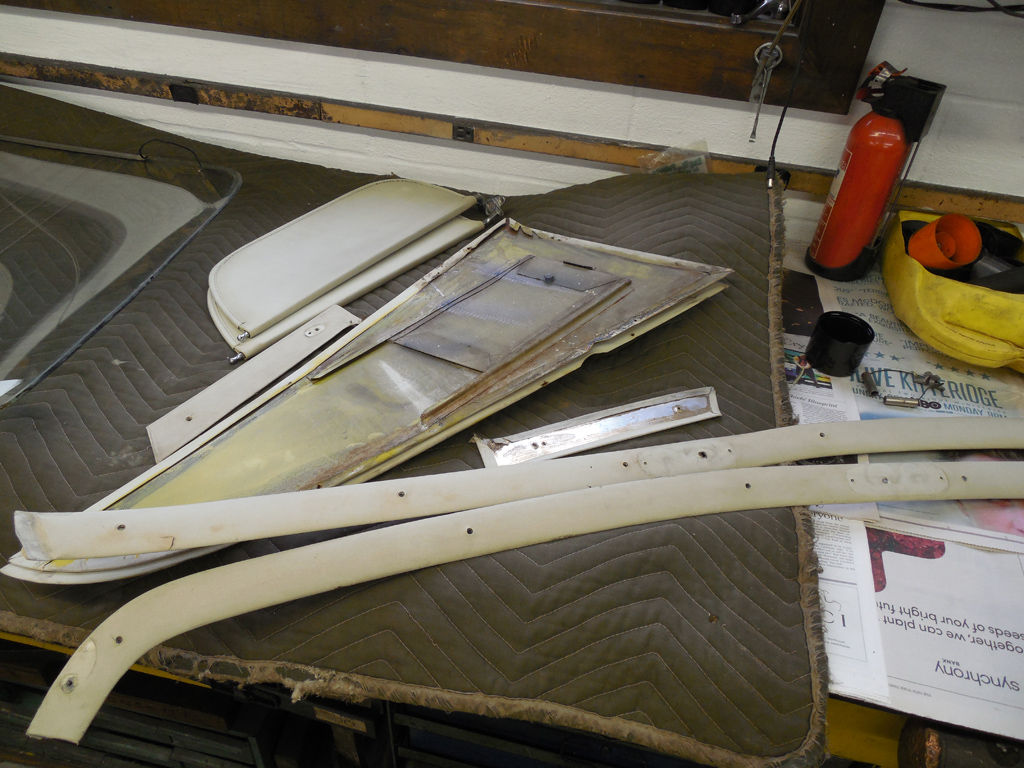 The interior pieces on the 275GTB/4 were removed for reupholstering. The headliner was good, but the side trim pieces were pretty stained. 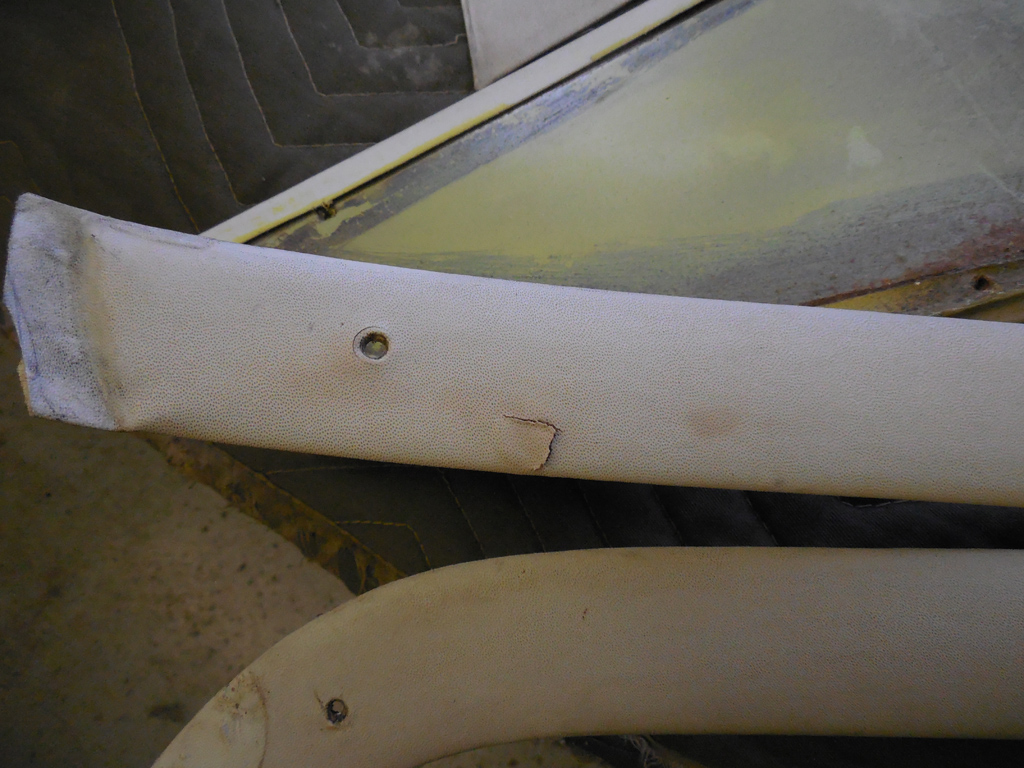 The stipple texture on these pieces can sometimes be cleaned, but tears like this one are deal killers. 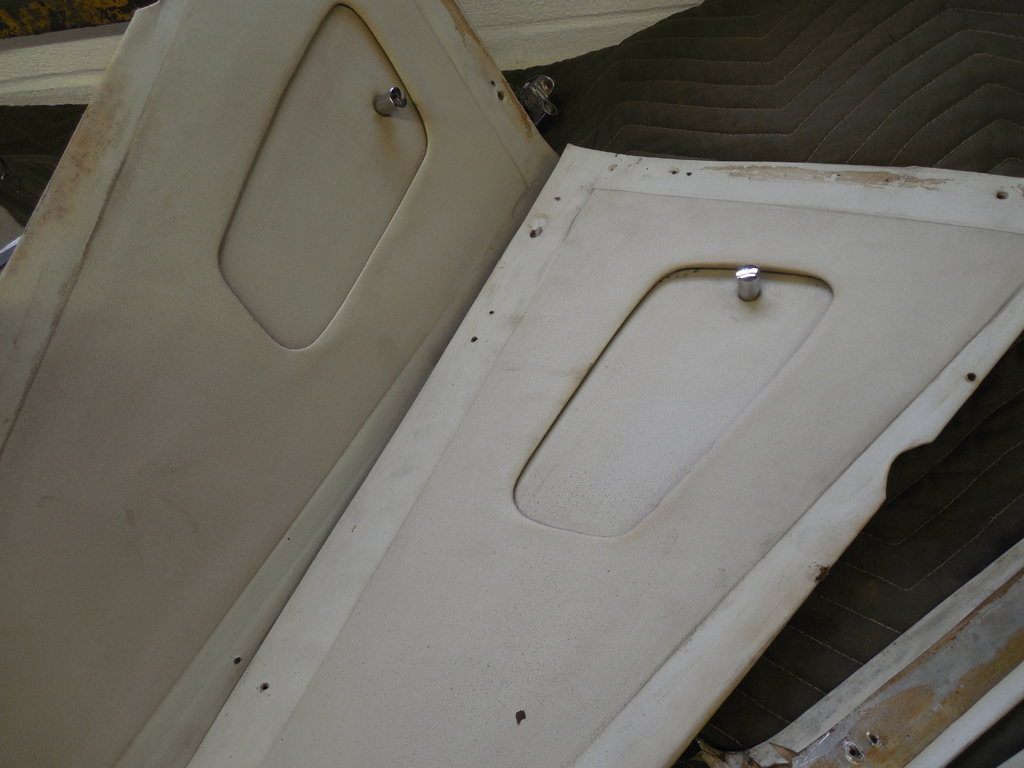 Getting the new material to match the old pieces is very hard unless you spray dye all the parts with the same dye after repairing the torn part. I’m going to leave the decision with my upholsterer as to the best course of action to make the interior consistently nice to match the rest of the car. 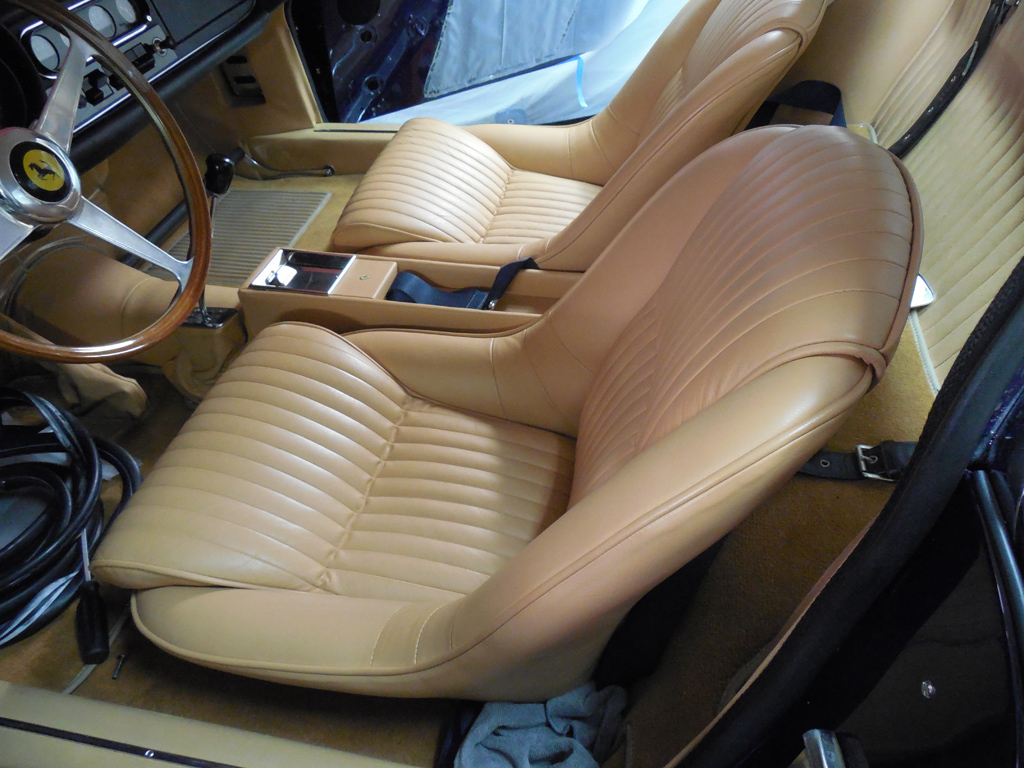 There are a couple of other items that need to addressed inside an otherwise nice interior. 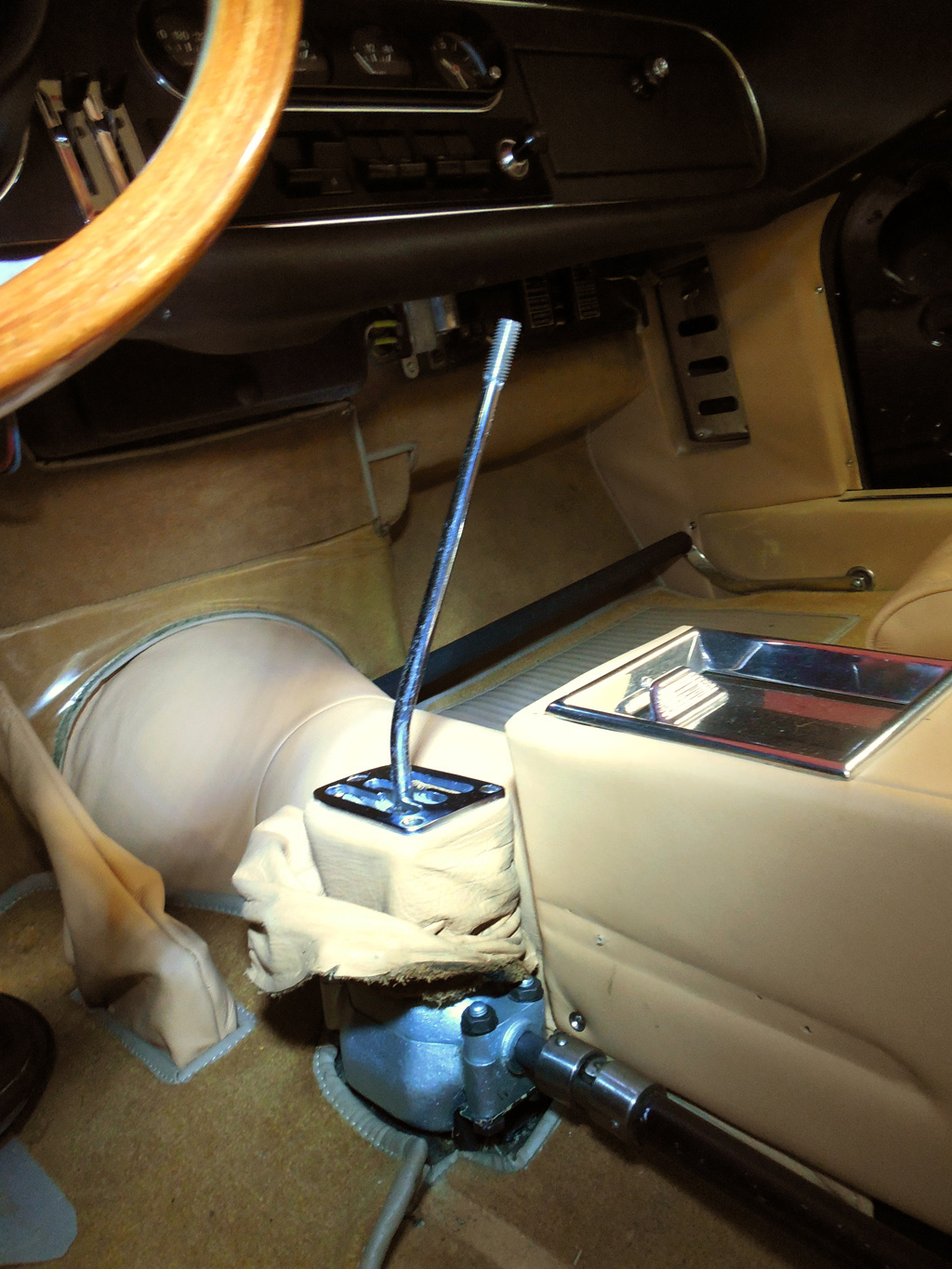 The main problem was the shift lever. It looked like someone tried to rechrome the lever over the old chrome plating, as a layer of plating was flaking off the pitted surface underneath. The only choice was to remove the shifter from the car, and send it out for replating. My plater will remove all the plating down to bare steel, polish the steel before copper plating, nickel plating, and finally chrome plating. This process is often misnamed, “Triple Chrome plating” which actually has three different types of plating to acheive what people call Chrome Plating. 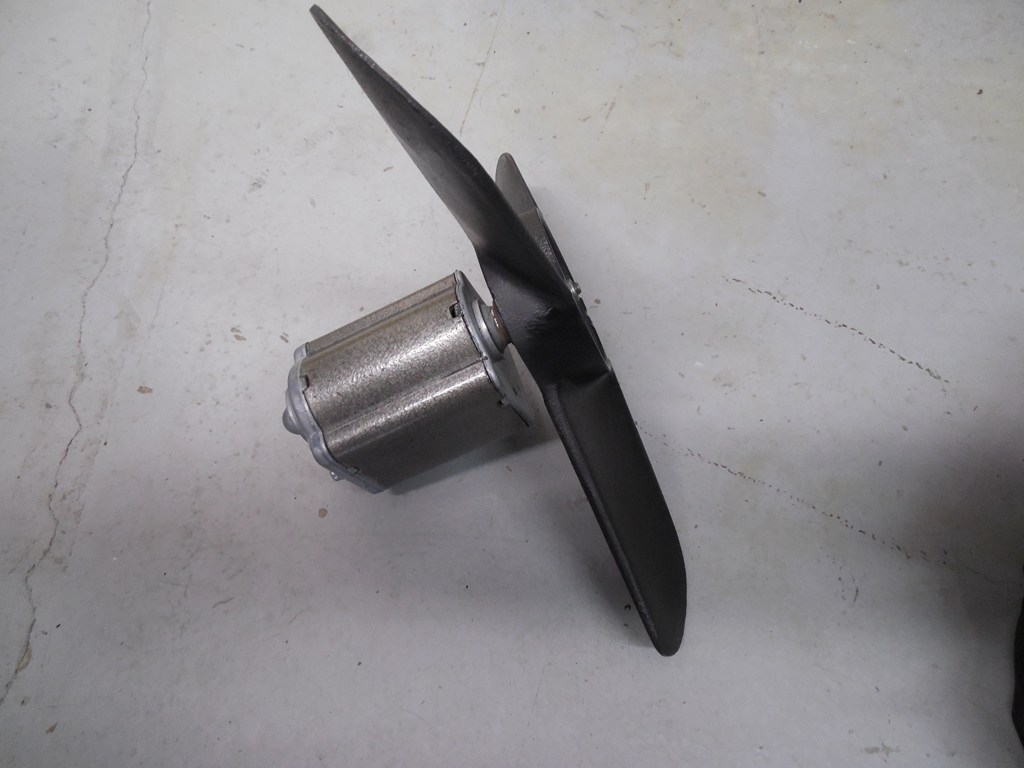 The layer of black paint on the cooling fan motor was carefully removed to reveal nice original finishes underneath. The fan blades were painted black and now the assembly was ready to go back in the car. Unfortunately, one of the fan circuts not working, so I’ll have to investigate further. Since this car is relatively new to me, I never had a chance to check if the second fan motor worked when the thermostatic switch turned them on. Some cars with A/C operate these fans independently, but not so with the GTB/4 without A/C. I’m sure it’ll be an easy fix…